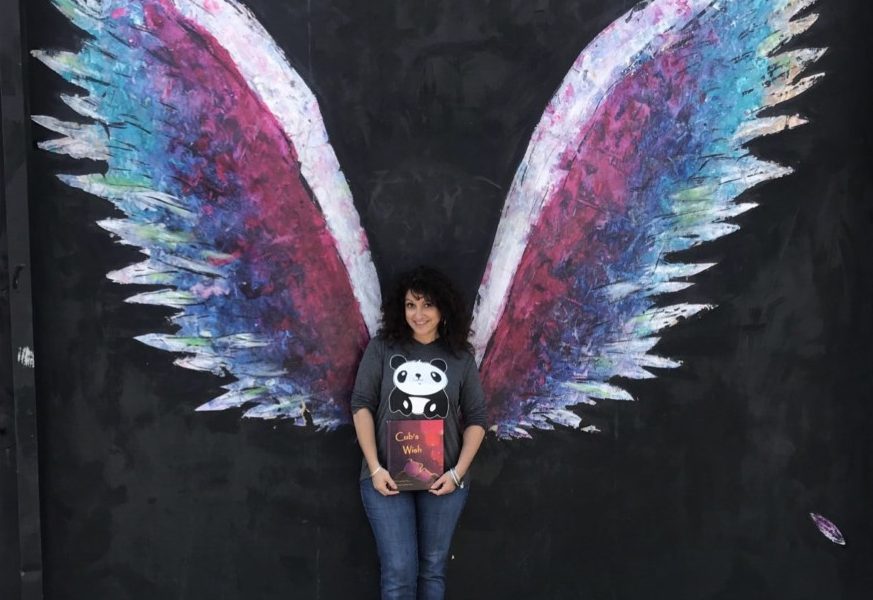 Today we’d like to introduce you to Angie Flores.

Angie, let’s start with your story. We’d love to hear how you got started and how the journey has been so far.
As an HR Manager, I would work 10 – 12 hour days, then come home and cook dinner while still wearing my purse. When the kids were ready for bed, I’d tuck them in and start to read their favorite books. I could never get past the first few pages without falling asleep. This was a problem because I did not want to miss out on this precious time. To stay alert, I began to ask my boys for different animals and situations to help me make up a story on the spot. It worked, but (as most kids) they wanted to hear the same story again and again.

I was so fatigued that I couldn’t recall half of what I created! I started recording the stories and making notes so I could read an encore if requested. One day, I received a call from my youngest son’s first-grade teacher. She said my son told her that I wrote stories (This based on the notes he would see me writing). With his teacher’s encouragement, I read my stories to his class. Nervous having never shared my work before, I accepted the invite. Little did I know that with the notebook with scribbled notes, and pictures from the internet, I was performing my first of many readings.

Children love being read to, no matter the subject. But my stories seemed to relate to the children’s curiosities. They were asking questions and laughing in all the right places. Why not move forward and give writing a try? By then I had written 20 stories and wasn’t sure what to do with them, how to take the next step. One morning, I Googled “how to publish a children’s book.” The very first thing that appeared was an event notice: “TODAY! Kick Start Your Writing Career with the Children’s Books Writers of Los Angeles (CBW-LA).”

The location was less than three miles from my home, so I took it as a sign. That meeting changed my whole way of thinking about what I wanted to do. The presenter explained both traditional and self- publishing, and what to expect once I choose a path. I was hungry for the knowledge and knew storytelling was for me. Over time, I became involved with the group, attending critique sessions and workshops, all the while working on my stories, querying agents, and receiving constructive feedback.

Eventually, I was asked to be on the board. While working with the CBW-LA, I helped produce annual Writing Day workshops, each culminating in an anthology. That was where I received my first writing credits. My work was published in Story Sprouts and Story Sprouts: Voice, with additional publications in development. Our biggest project and my first middle-grade novel credit was the collaborative novel Kayla Wayman, Junior Time Traveler: Lost in the Stream.

The book launch was so exciting to be a part of, but I still had my own work to share. I wanted something more, something to call my own. To realize my dream, I needed to find an illustrator. But I was low on finances. I contacted the local high school art teacher to see if he would like to illustrate my stories. Instead, he suggested using the stories as a lesson plan on illustration. That way I could see if my words connected with the artist. When he presented his student’s illustrations to me, I was amazed! The stories had finally come to life.

One student’s work gave me goosebumps. Yidan Yuan had perfectly captured the essence of the story, the tenderness of the parent and child. I had to have her illustrate the story. The adventure was truly about to begin. With a mock-up in hand, friends came from all over offering their talents to see my work completed and my dream achieved. From editing to formatting, choosing a printer, getting Cub’s Wish listed on Amazon, website development to marketing, I felt so blessed with the many hands that offered to help.

The day the book was launched, it shot up to #2767 out of the 11 million+ books on Amazon, and received #1 New Release and Best Seller status. Amazon sold out within the first 10 hours of launch. A physical launch party followed, where I sold another 100 books. Immediately, requests came in to speak at schools and events. Local stores agreed to carry the book, and it was a best seller for three consecutive months at Pipe & Thimble Bookstore.

Throughout its first year, Cub’s Wish won several children’s book awards and earned honorable mentions and five-star ratings. ChildrensPublishing.com named Cub’s Wish one of the top seven books that teach kindness to children and was a certified “Great Read” from the #1 rated iTunes podcast, Reading With Your Kids. Suited as my Panda Pal mascot, my husband assists me at festivals, hospital readings, and store events. I truly am blessed with such a patient and loving man who has stood by me to make sure I keep moving towards my dream.

In the winter of 2017, we were invited to lead off the Hollywood Riviera Holiday Parade, driven in a vintage Mercury Cougar, and appeared in the televised San Pedro Holiday Parade. I was honored to be the first author in to appear in each parade. Sometimes it feels crazy to think of all that has happened since inventing those first stories for my boys.

The new year brought a challenge. With my next book still in production, I decided to take Cub’s Wish as far as I could. On the one year anniversary, with the help of a dear friend, I launched the e-book version of Cub’s Wish. It hit #1 Best Seller and #1 New Release on Amazon, which reassured me I am still on the right track. Recently, I had Cub’s Wish translated into Braille for sight-impaired parents and children.

The book is currently being made into an audiobook and will be published in various languages. I want Cub’s message to reach readers around the world! With a renewed sense of confidence, thanks to speaking on several podcasts, radio shows, cable TV, and YouTube, as well as earning The Author Show’s “Top Female Author of Children’s Books” and the honor of being invited to sit on the board of Reading is Fundamental (RIF), I will release two new books in 2018 and 2019.

There have been many successes and challenges along the way, and yet I believe my story is still just beginning. I can’t wait to influence my readers positively through the messages of each new story to come, and continue to spread the message of kindness.

We’re always bombarded by how great it is to pursue your passion, etc – but we’ve spoken with enough people to know that it’s not always easy. Overall, would you say things have been easy for you?
The one thing that has been a bit of a struggle is being your own agent. Not just that, but your own accountant, marketing, publicity, adverting and PR firm, set designer, financier… It’s tough to do it all, but it is also rewarding. If you truly believe in your message, your purpose, than anything is possible. If you don’t, why should others?  I was underestimated by many – That was a struggle! But I LOVE my book, I believe in it and the message it conveys.  Getting out there was the best way to show that I can’t and wont let others opinions stop me from going for the gold.  Why not use your passion to influence or bring joy to others?

Things were not always easy.  But I can not look at it as being hard or my rebellious side would say “Don’t Do It!”. It only shows how much I want to achieve my dream, and am willing to work hard to make it happen.

I am learning so much about the industry and what it takes to get your work out there. By doing it all I have gained much appreciation for the Indie community, and take nothing for granted.

So, as you know, we’re impressed with Angie Flores Books – tell our readers more, for example, what you’re most proud of as a company and what sets you apart from others.
Angie Flores Books is more than just a book publishing business. Since my name IS the business, I want kids and parents to know that they will be entertained with hearts cuddled. I read at schools and private groups, and speak about the animals in my story. I give facts and make the character real before reading the story. After the story, we focus on the moral and how the kids can apply it to their everyday lives.

I love arts and crafts, so I incorporate a craft or writing project to make my visit more interactive. I am proud of the fact that my first published book, Cub’s Wish, is not only a book for kids, but I have received many notes from adults saying that they bought the book for themselves, after hearing me read at an event. My messages transcend across the board, and that is exactly what I envisioned.

While I was packing up from just reading to a class, the teacher settled the class down and began to teach. Before the teacher began to speak, a student raised their hand and asked “Ms. Ortega, What would you wish for?” the children hung on to her every word, as I quietly slipped out of the class so they could have their special bonding time with their teacher. Mission accomplished.

My goal is to have my books be a conversation starter for adults and children. If the parent likes the book, then they will not mind reading it over and over.

So, what’s next? Any big plans?
I want to take my books as far as they can go. Cub’s Wish is available in Braille for the sight challenged. It is also being translated into Spanish, French, Japanese, Tagalog, and Italian for release in 2019 with other languages in the works. I would like to see Cub’s message spread throughout the world, for all to enjoy. 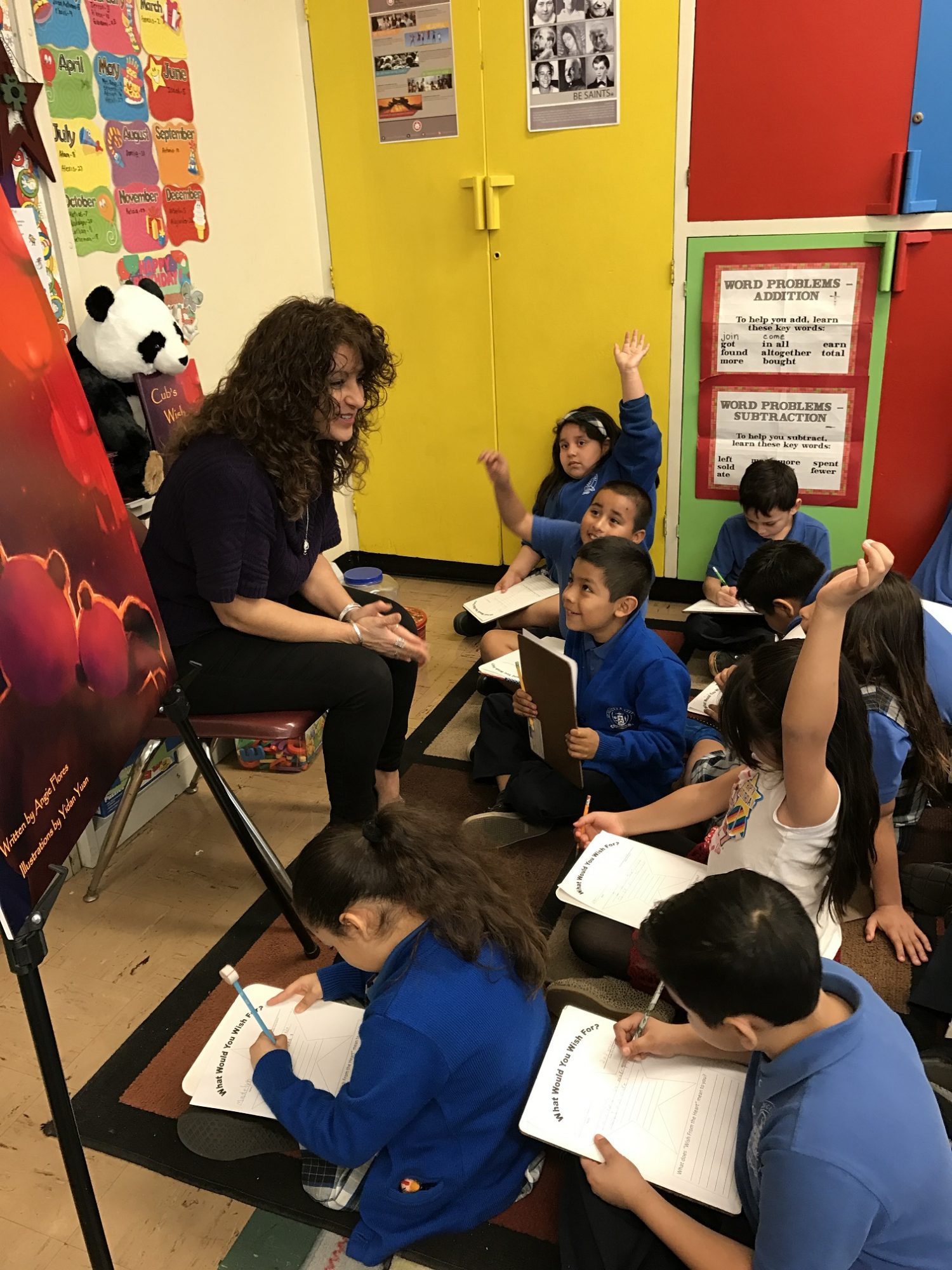 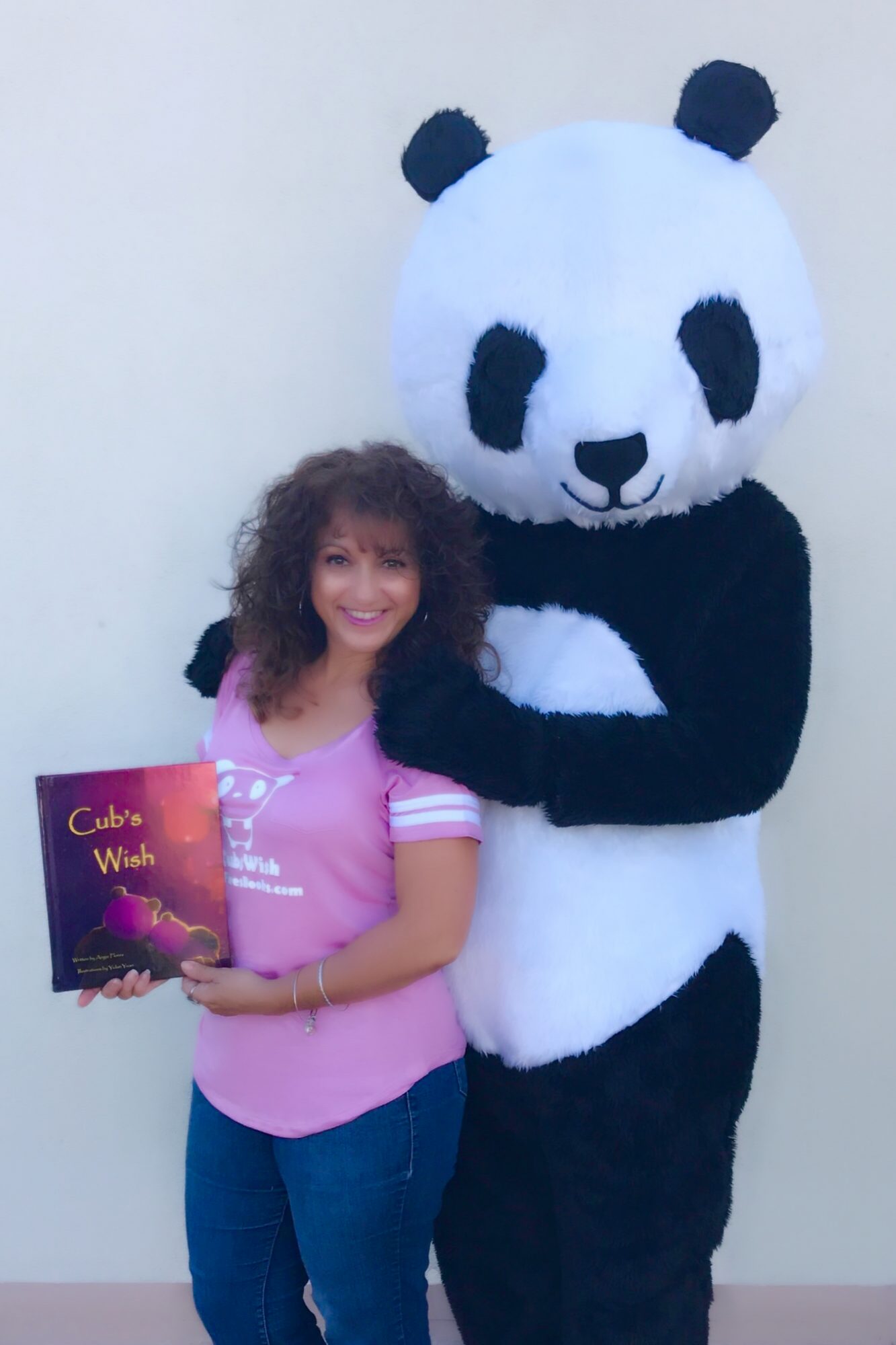 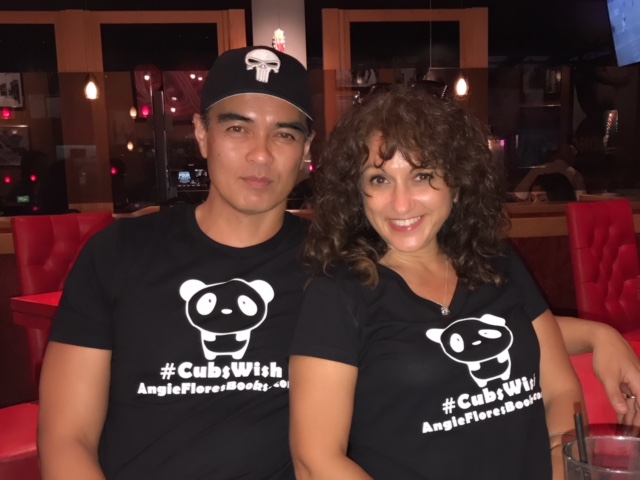 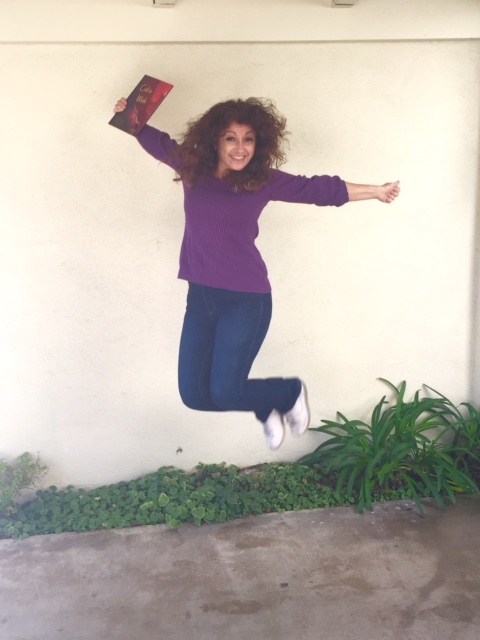 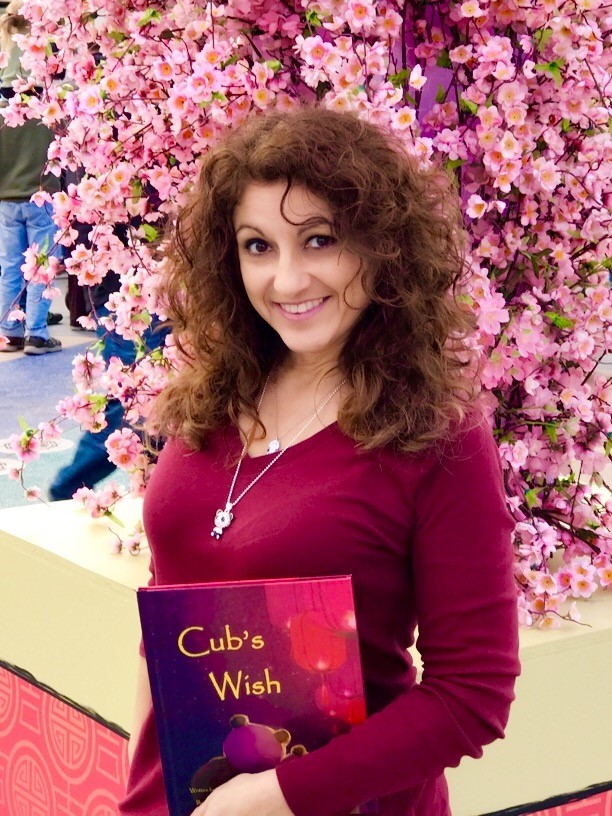 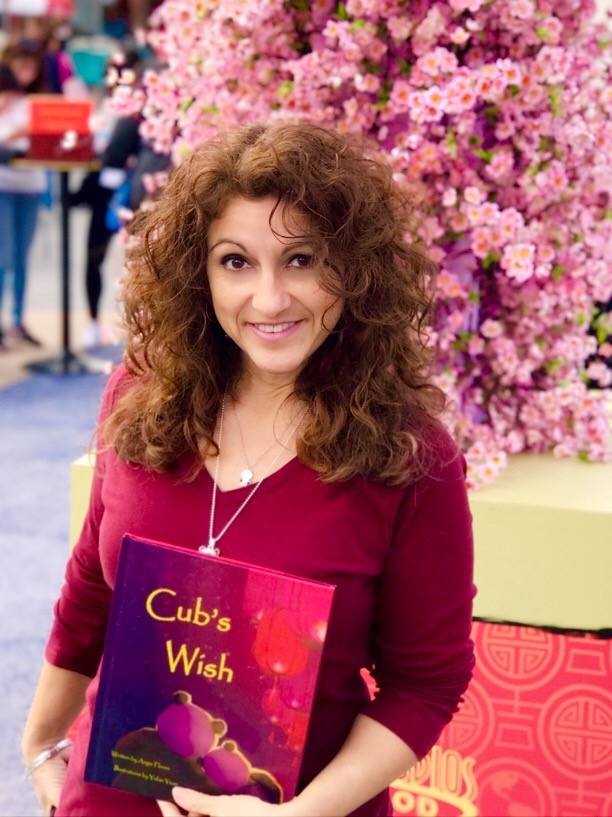 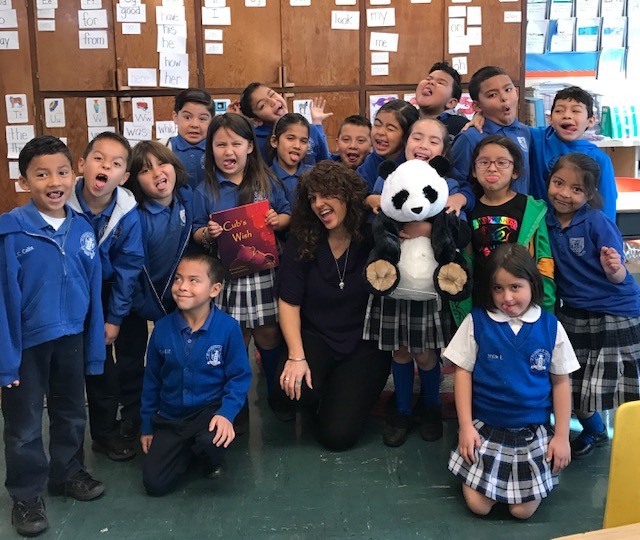 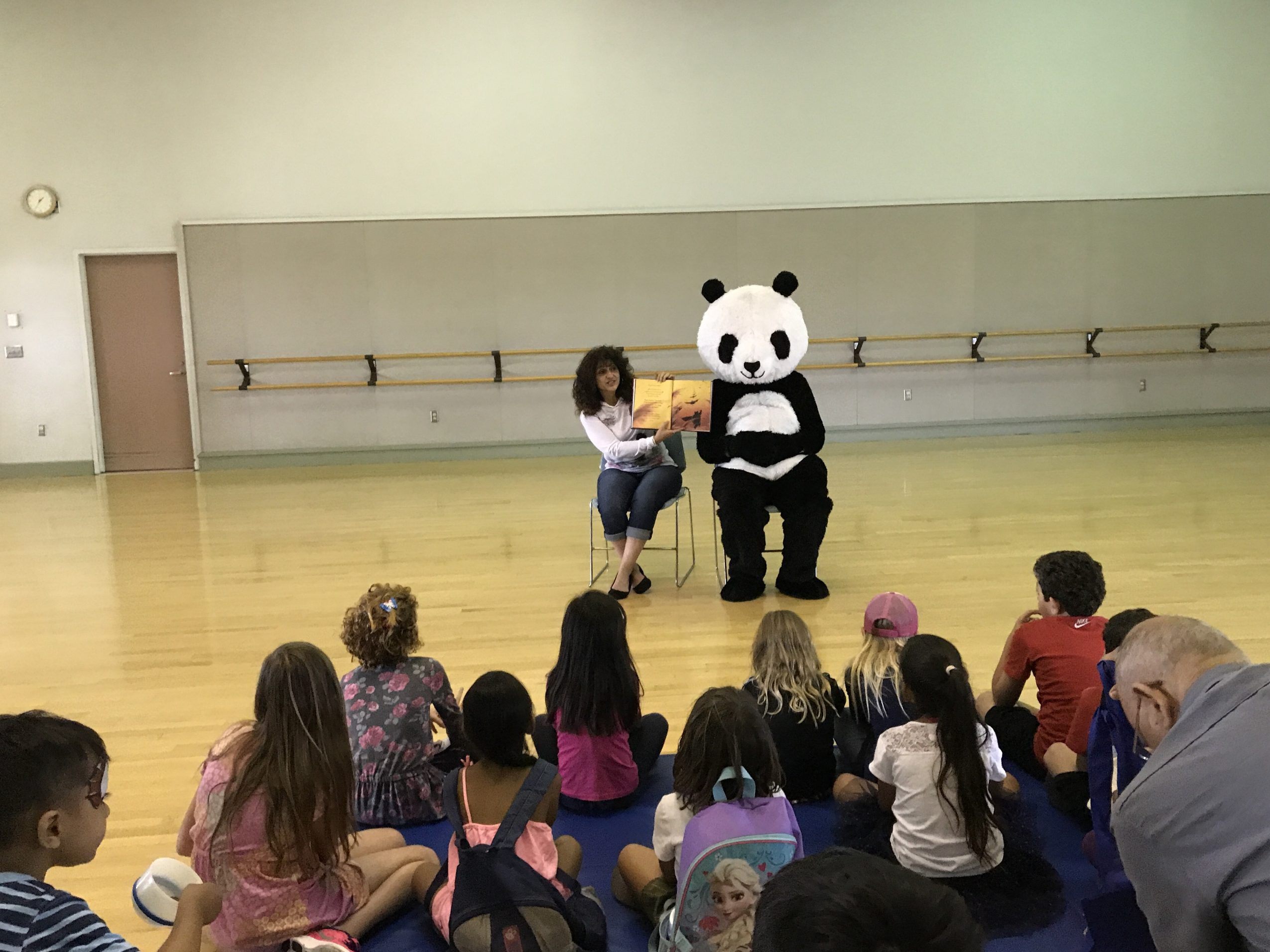 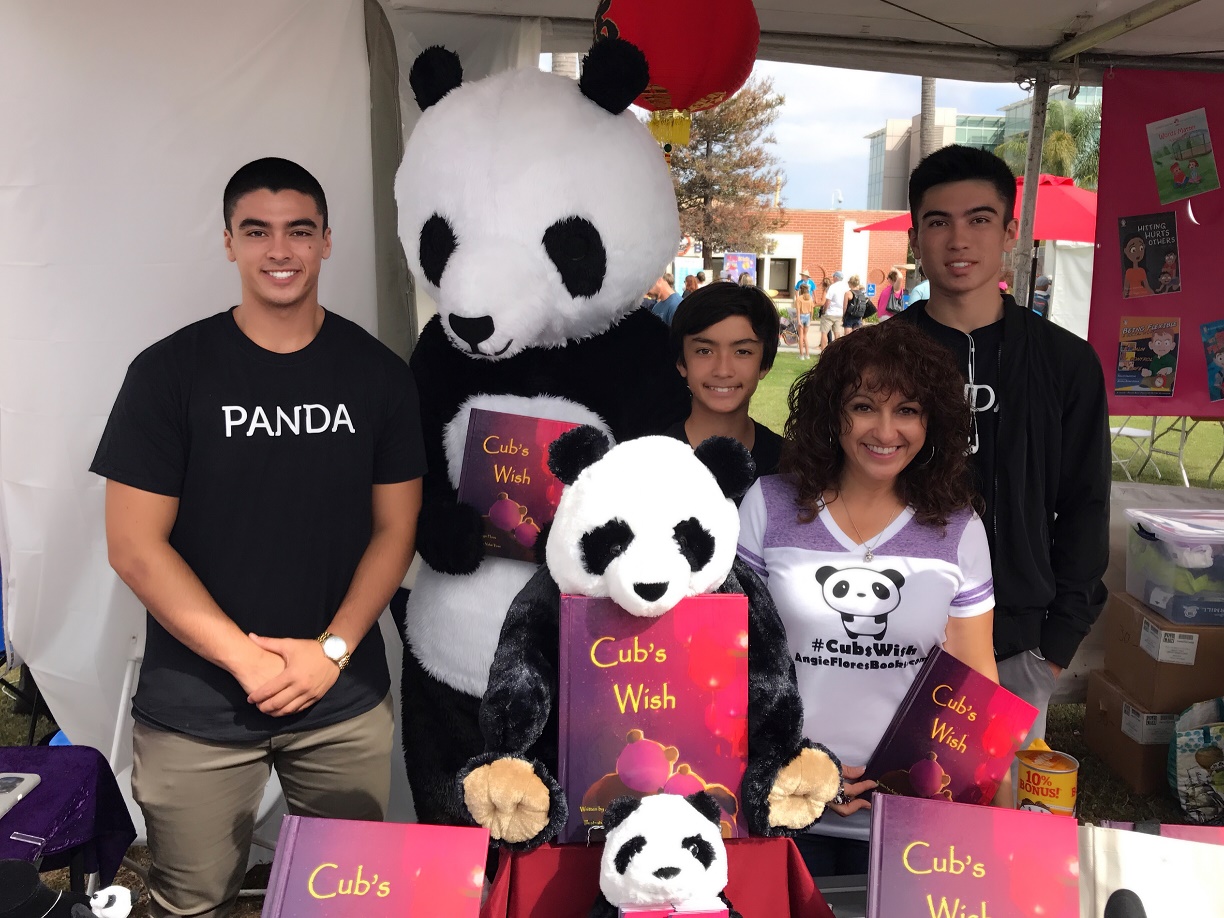 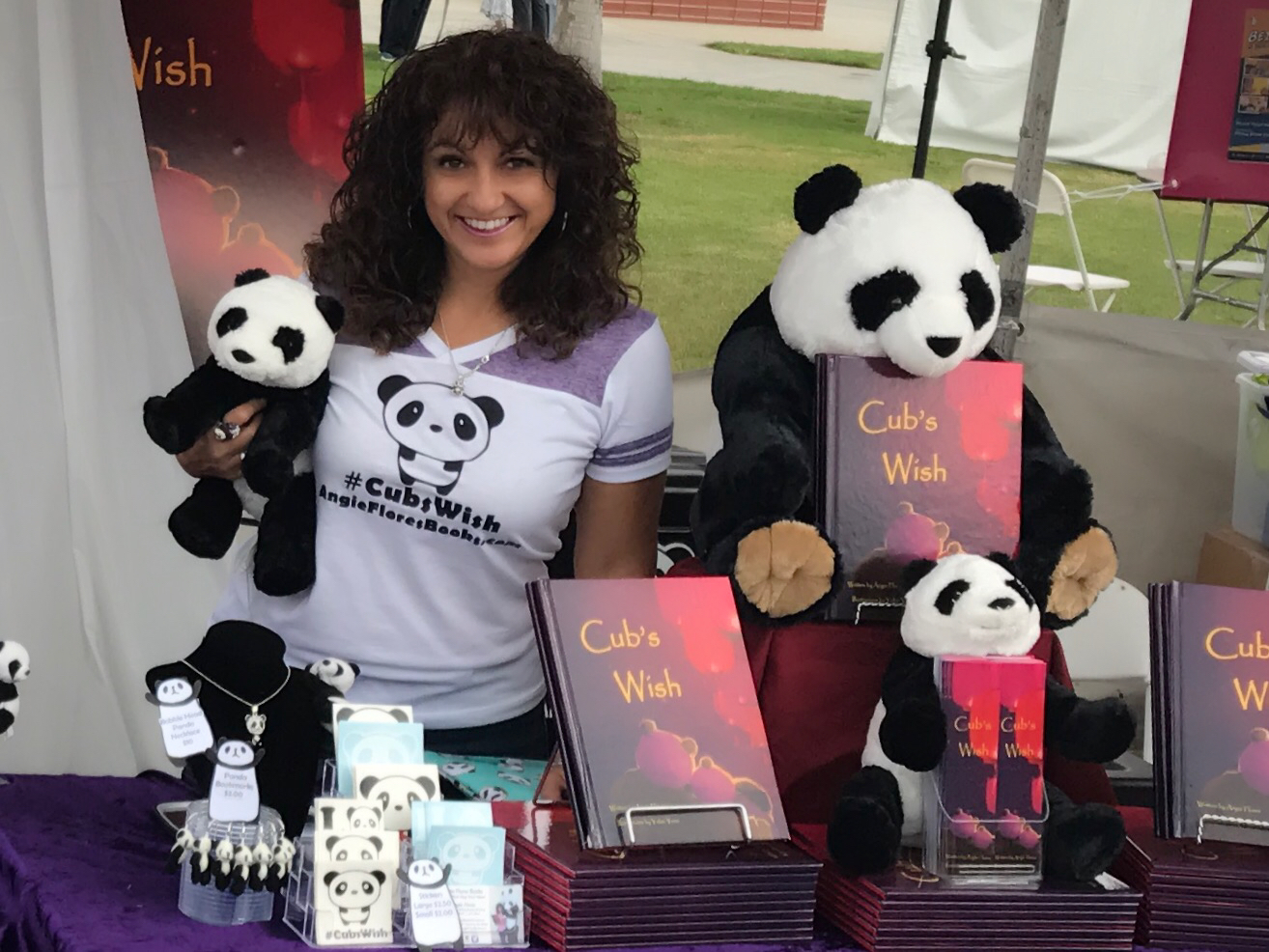 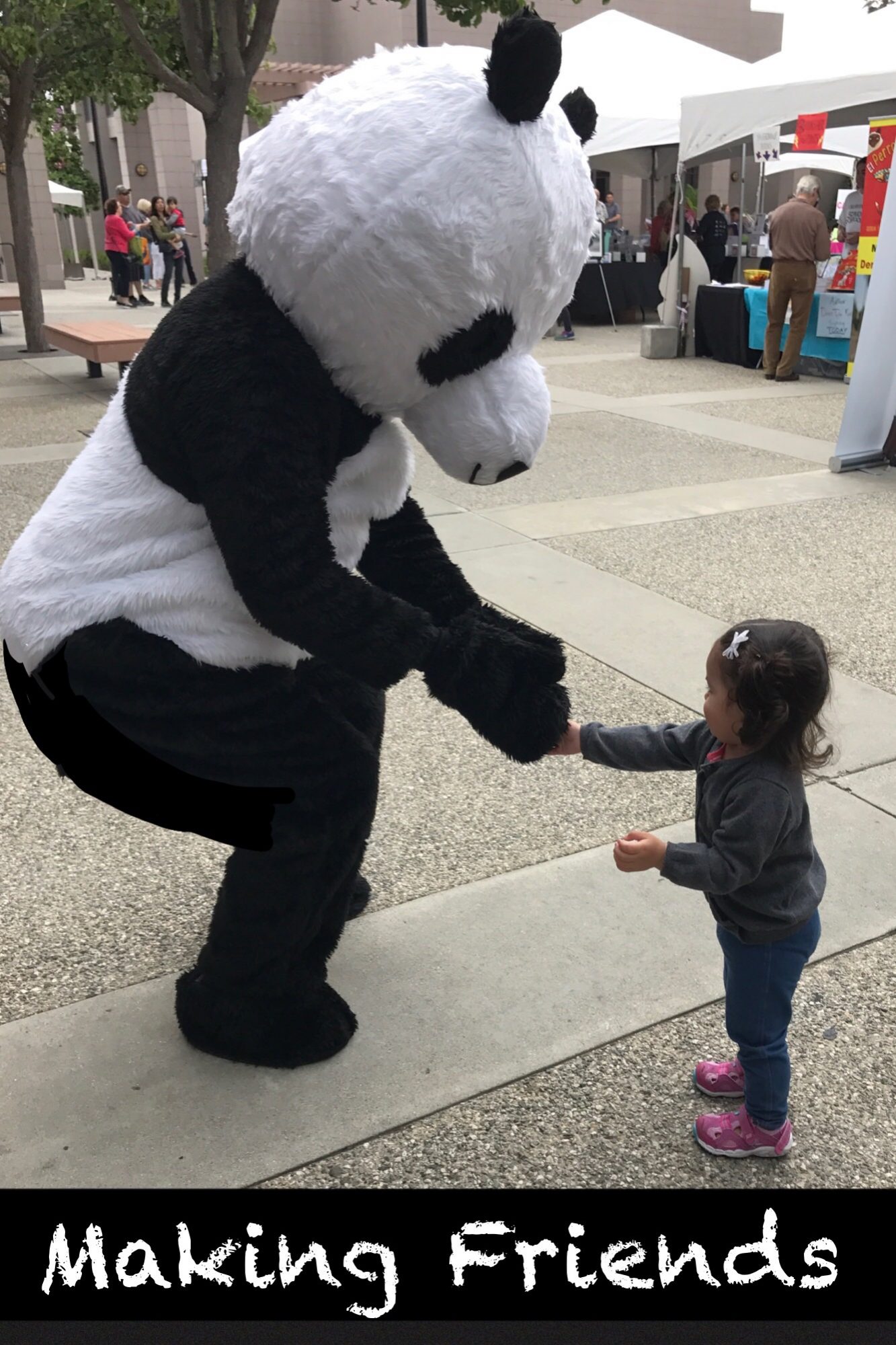