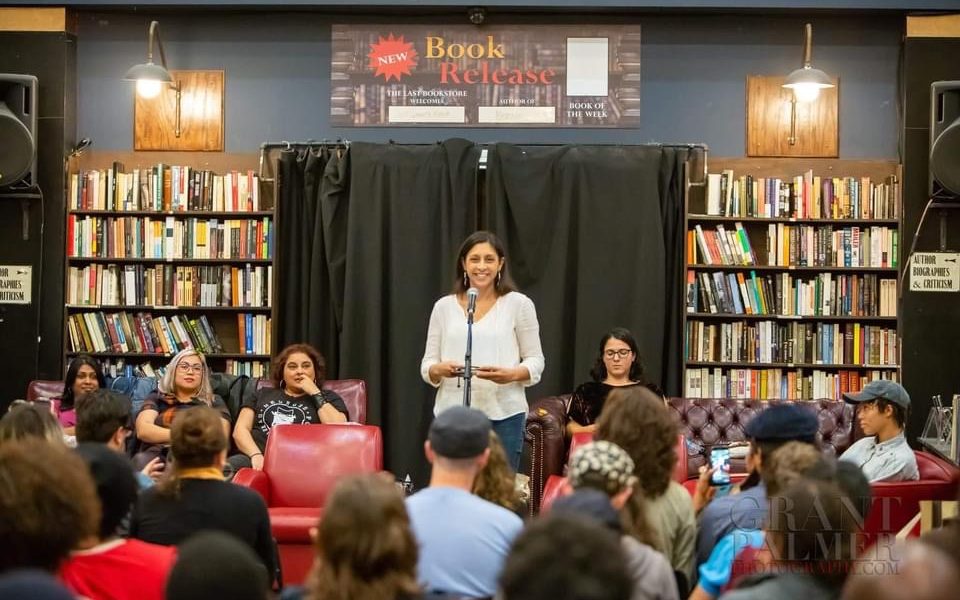 Today we’d like to introduce you to Angels Flight • literary west.

On New Year’s Day 2016, longtime friends and Los Angeles-based writers David Lott and Michele Raphael met for a drink at Clifton’s in downtown L.A. Inspired by the literary history of the historic venue, the two decided to launch a new online publication focused on L..A. and it’s diverse, emerging and notable writers who reflect greater Los Angeles, as well as beyond its urban sprawl.

Great, so let’s dig a little deeper into the story – has it been an easy path overall and if not, what were the challenges you’ve had to overcome?
Once we shared the concept for the magazine with the L.A. literary community, we received immediate support and an enthusiastic response. We formed a board of advisors and very quickly built a website, gathered and accepted submissions from notable and new writers and created an online audience via social media. All was accomplished on a shoestring budget and we continue to operate on a pro-bono and inclusive mission. Our first issue launched on Valentine’s Day–just two months after our conception. Kind of rapid-fire but fun!

We later expanded to include writing workshops and a literary salon series at Clifton’s, The Last Bookstore in downtown L.A. and KGB, New York City. The salons, which were extremely well attended, included contributor readings, author Q&As and cultural themes also covered in our publication about the 2016 election, Black lives and women’s issues. Our classes have continued online during the pandemic.

The greatest challenge has been operating without a budget, so far. However, bringing the L.A. literary community together in a new way has been extremely rewarding.

We’d love to hear more about your work and what you are currently focused on. What else should we know?
We specialize in featuring original fiction, nonfiction, poetry and Letter to L.A. pieces, edited by Christina Simon, which reflect writers’ unique takes on the city (good and bad) and their place in it. Our excerpts of new books and Q&As with their authors are powerful and popular reads.

We are most proud of featuring diverse and emerging writers, publishing many for the first time. That sets us apart from other journals and is part of our founding mission.

Under the leadership of our new Executive Editor, Luivette Resto, the publication will continue expanding with live online readings, a podcast and writing classes.

Is there a characteristic or quality that you feel is essential to success?
Opening a door for new voices and a new vehicle for creative expression in Los Angeles has been key to our recognition and success. Much like our namesake funicular, Angels Flight in downtown L.A., we aim to bring readers and writers on a meaningful and memorable L.A. journey.