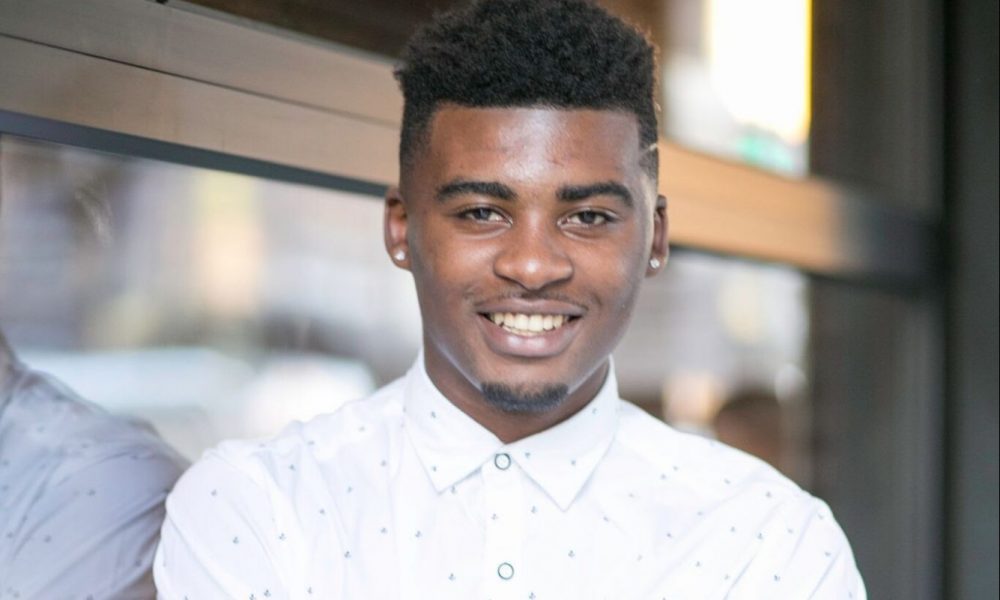 Today we’d like to introduce you to Angelo Willams.

Angelo, can you briefly walk us through your story – how you started and how you got to where you are today.
Ever since I was eight years old, I always wanted to be an entertainer. I started off as a Hip Hop dancer joining in different dance groups all through elementary and middle school. For high school, I attended Fairfax High School where there was also a dance team, a couple of them actually so I joined both. One was a travel team and the other was based on campus. Throughout the process, I was also playing sports like basketball, football and track for the school. I would miss out on practice at times just for rehearsal. Even for talent shows, in which I’ve won each. There has come a time where I was playing in a football game and still performed in the halftime show, and of course, my coach was mad. When you have a passion, you will do almost anything to bring it to light.

One day, my friend Madison Russ who was on my dance team asked us all to come to her home to go over a dance piece she had choreographed herself. That day, I met her father Tim Russ, who is a TV actor himself. After rehearsing, he took us all to an audition for a Coca Cola commercial which we didn’t end up booking but when I have seen the talented people in the room and all that it took to book such roles in this industry, I never looked back since. I talked to her dad and he gave me pointers on how I could book roles through casting sites and he also gave me info as far as marketing material that I needed such as headshots, a resume, an acting reel, etc. I took it very seriously so fast forward months later, I was going to event after event till one day, I was invited to a celebrity gifting suite for an award show. From there, I was able to network with other professionals in the entertainment industry. I had made a lot of new friends in which I’m still in contact with today but most importantly, I gained a lot of knowledge. I was getting invited to more gifting suites and other events more often till one day, I have gotten a call to audition for a film. It was a drama and I killed that audition literally and 2 weeks later I’m sure you would thing I gotten the role. I didn’t, someone else ends up booking it. I was going to audition after audition and was being told NO. It felt the person at a time but I was young and didn’t realize how unprepared I really was. My headshot was a cropped out selfie, my resume was a quarter page long and I had no actors reel to pitch. I family and I didn’t have much at the time but that wasn’t an excuse.

Halfway through high school, my parents moved to Ranch Cucamonga where I attended Alta Loma High. I hated it completely because everything that I do is in LA. So, not too long after enrolling, I found out that the school had a drama class, so I joined. It was difficult at first because almost every week, I was traveling back and forth to LA just to go to auditions, I couldn’t let the distance stop me. I even had an acting class that I attended out there, so I was curious to see what this class would offer. My teacher Ashley Martin taught me a lot about being an actor and how to be comfortable with being uncomfortable. As an actor, it’s important to step outside your comfort zone and to have an open mind in order to truly make a character come to life. We had plenty of lip sync battles and school plays where I had a lead role. It gave me an opportunity to not only show off my acting skills but to also feel more comfortable being myself. We all had friends in high school but some of my closest friends in school was my drama class because we had something in common, and that was the love of being different. Another friend of mine, more like a brother, Skyler Grey, he’s a Street Artist based in LA. We both grew up in Los Angeles but had attended the same school for a while so since he and I would both travel to LA often, I would stop by his house a lot to watch him create dope art pieces while I would tell him about some of the roles I was reading for. I would always go to his art shows is LA just to show support but to also be around successful and likeminded individuals. He and his Dad/manager would always give me pointers on how to carry myself when trying book roles, so of course, I listened.

Soon after I graduated, I started booking roles for The Judge Hatchett Show, Let go of my E.G.G.O, AKA Amber, and a series of other projects just to name a few. I even had the honor to work off-camera with Mario Van Peebles on his movie Armed. Not too long after, I received a phone call to do a game show called Hip Hop Squares by Ice Cube. I surrounded by individuals like Deray Davis, Asap Ferg, DC youngfly, Lauren London, Nipsey Hussle, T.I, Charlamagne The God and more. It was just a great feeling to have conversations with people I grew up watching on TV. That day I had won the show and I felt so motivated after so I used some of the earnings to FINALLY get professional marketing materials like headshots, and a reel. By this time in my life, my resume was already a page long. Before the year closed out, I was presented with an opportunity to add a model to my resume. I had walked for LA Fashion week in a fashion show and had the opportunity to work with fashion designers on their vision and bringing it to life. I had always had an eye for fashion since high school. I had earned a small clothing deal in which I will use in the future as I plan a release for my clothing line in which I am currently working on. I also had an opportunity to rock some Fashion Nova Men collection on Instagram to help them advertise their launch. Now with all that I was trying to do, I needed to get my face out there for everyone to see. I already had over 10k followers on Instagram but to me, that wasn’t enough to push a brand of clothing or fame. So one day, I was talking to my friend and TV actor Josh Sussman about the comedy skits on Instagram that I have seen were going viral on social media.

Two weeks later, I end up doing skits with influencers like Juhahn Jones, Deshae Frost, King Vader, Zay Hilfiger and plenty of other well-known influencers. I was able to grow my following to over 18k followers. To most people that sounds good but to me I felt incomplete because comedy wasn’t a passion of mine. So, I stopped and stepped up my game plan. I found Representation which happens to represent Juhahn Jones as well. My manager is amazing and I cant wait to see what the future holds.

Great, so let’s dig a little deeper into the story – has it been an easy path overall and if not, what were the challenges you’ve had to overcome?
No, it’s not smooth at all!! I’ve been told no more times than yes but it never slows me down, it makes me hungrier to achieve whatever I put my mind to.

Angelo Williams – what should we know? What do you guys do best? What sets you apart from the competition?
On the business end, I’m a part of an Organization Called Tradehouse Investment Group. Most people feel like they have to work a 9-5 to get what they want in life but I always felt that we as people are worth a lot more than a few dollars an hour. My group and I invest in The Foreign Exchange Market also known as Forex. We as a group show others how to become financially free through investing in themselves as well as Networking. We as a group work with other 6-8 figure investors and mentors so that we can collectively be successful and financially free. We use an educational platform to help show others how to learn quickly as well as sharing our trading strategies and our Copy, Paste, Profit System. We made forex easy for any beginner to learn how to become profitable. I even taught my youngest brother. It makes me happy to see how many lives it has impacted already. So many times, I hear its a SCAM and I laugh because it takes the smallest Google research to realize this has been around for years, it’s just most of us have not learned about how to make 6-8 figures in school. We grew up thinking we need a job in order to make money but yet we see people make it in film, music, sports, and social media. A lot of us even look up to those people and want to be like them but nobody pays attention to the fact that they also invest in this market to multiply their money. So, I made it a mission of mine to impact thousands of lives by 2023 and show others how to invest into themselves so that they can impact their friends and families life as well as striving for their true passion because if there is one person that understands the true passion, it would be myself.

Now, when I look back, it’s crazy to see how far I’ve come just being a dancer to now an actor, model, entrepreneur and investor. Passion will take you a long way and will open new doors for you as long as you have faith and consistency, anything is possible. For anyone that wants to follow their dreams one day, my advice would be say Yes more and to try new things. Old habits will reflect and give you past results. Overall in life, I just want to be successful and see the people around me win as well.

What moment in your career do you look back most fondly on?
The proudest moments so far was hearing my first yes, and getting paid to do what I love. It’s priceless. 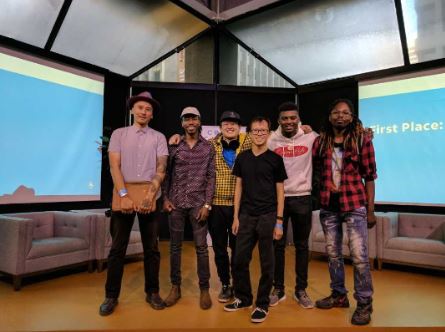 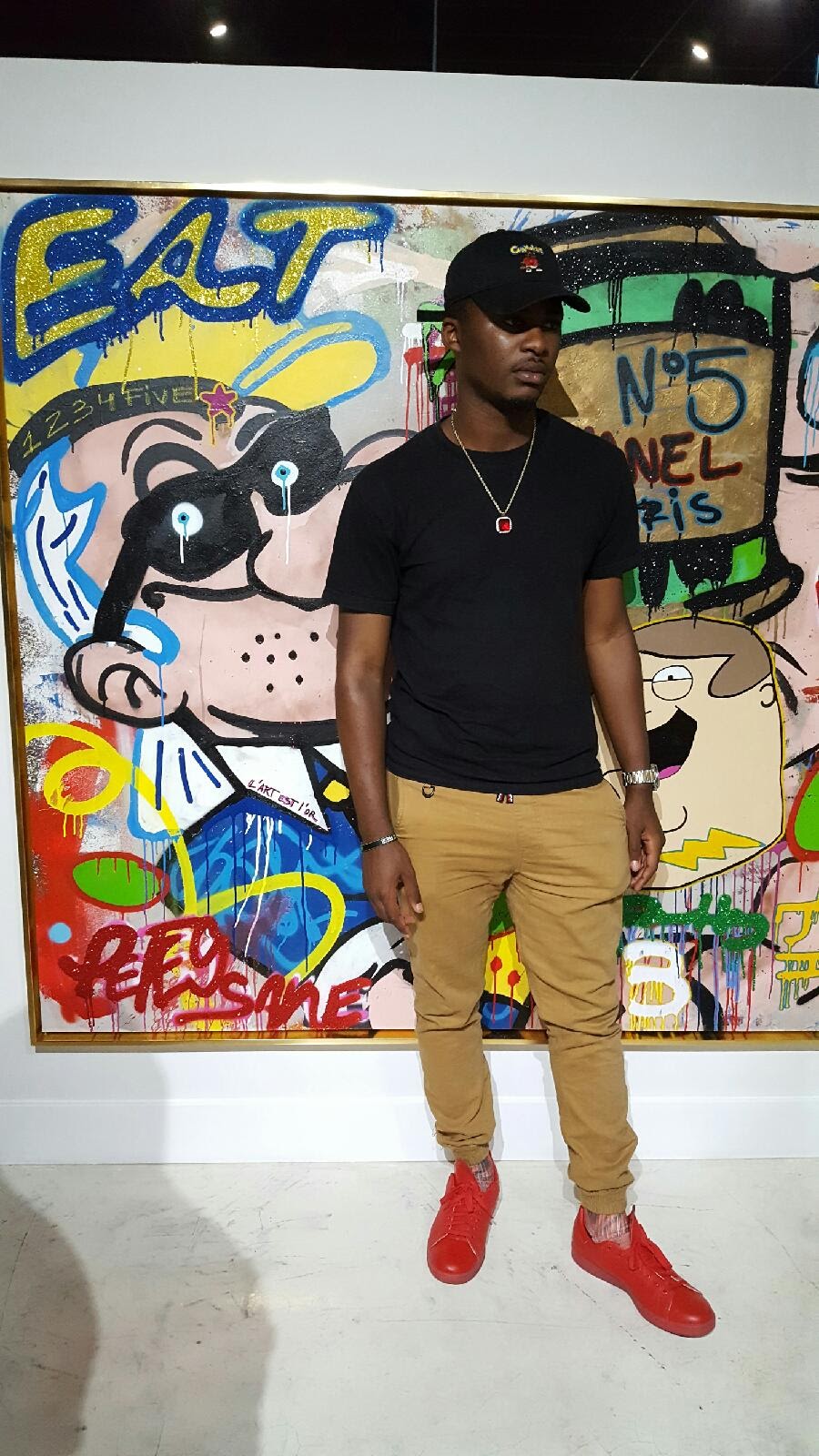 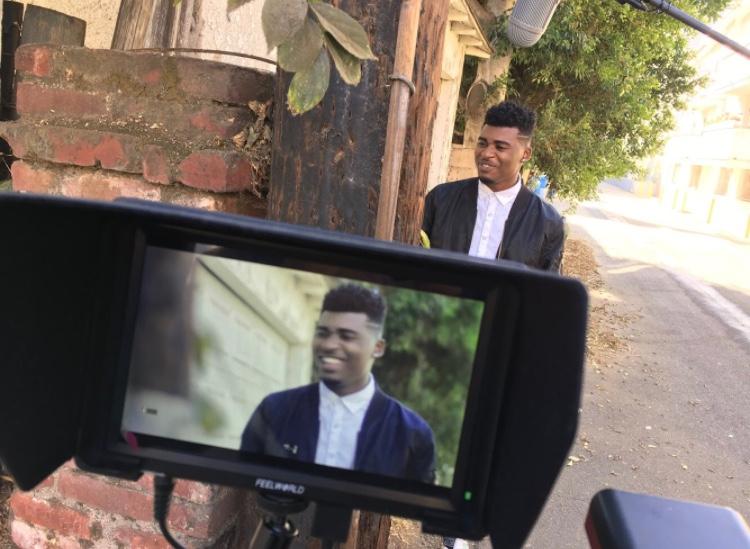 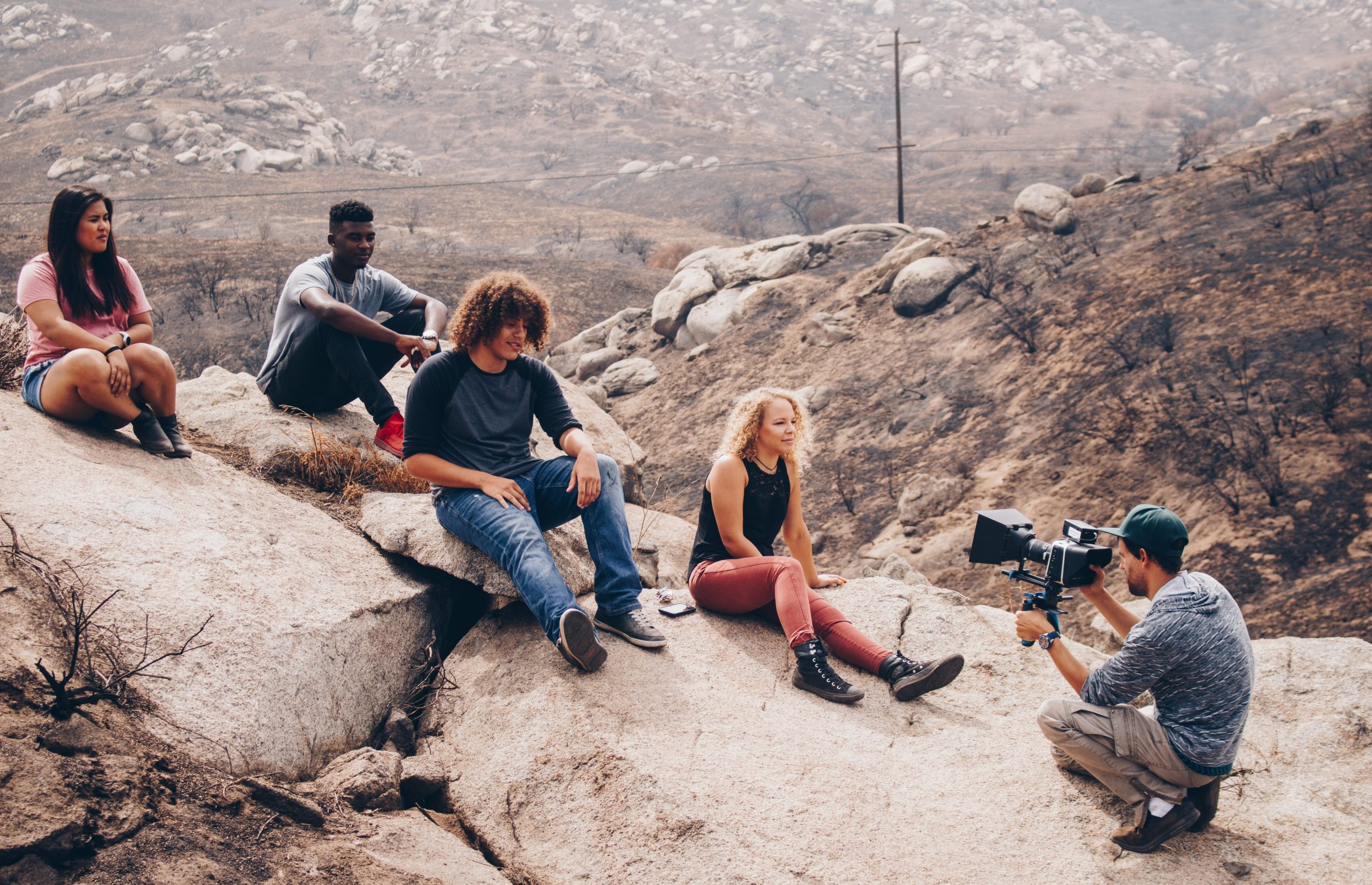 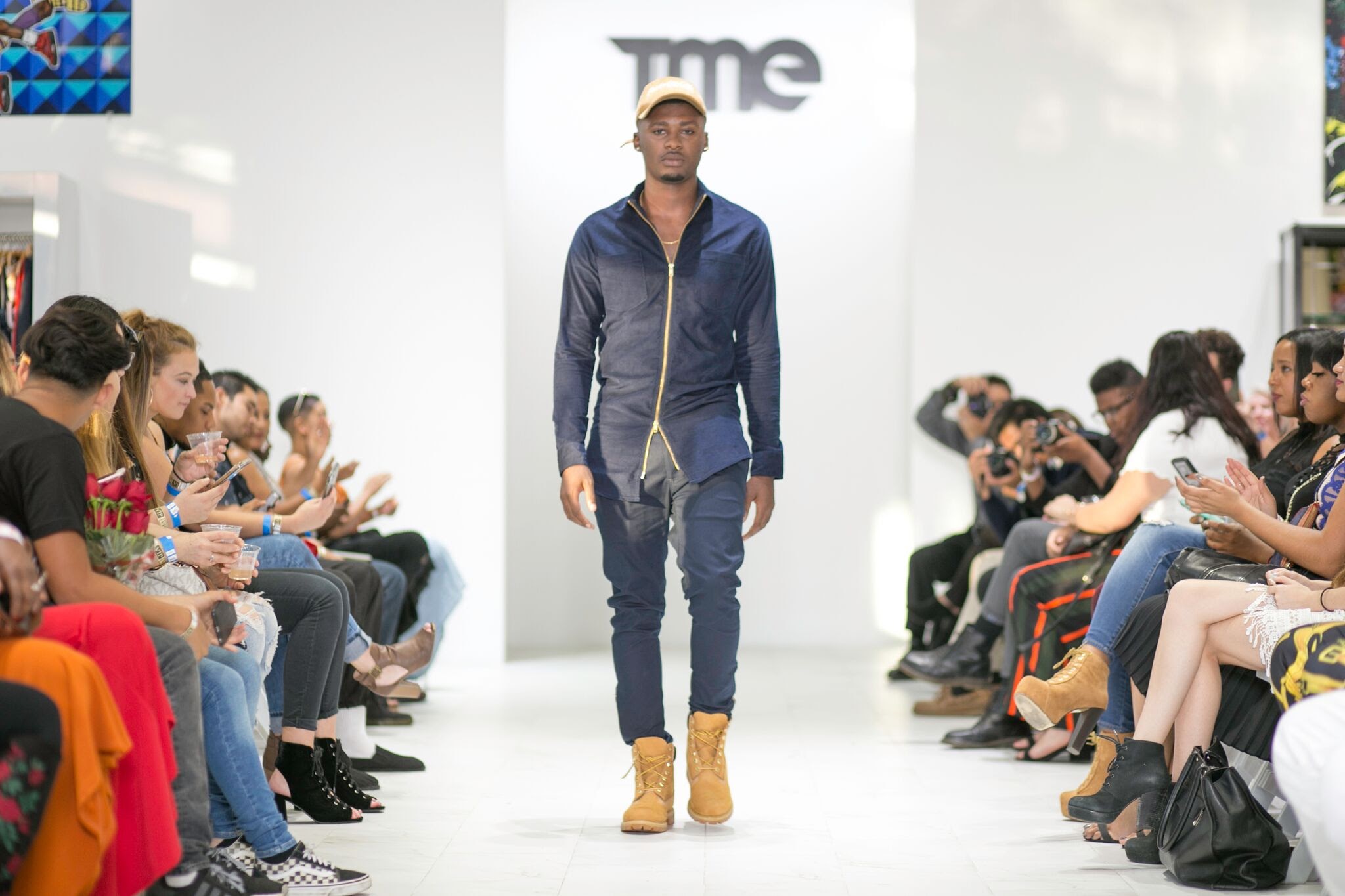 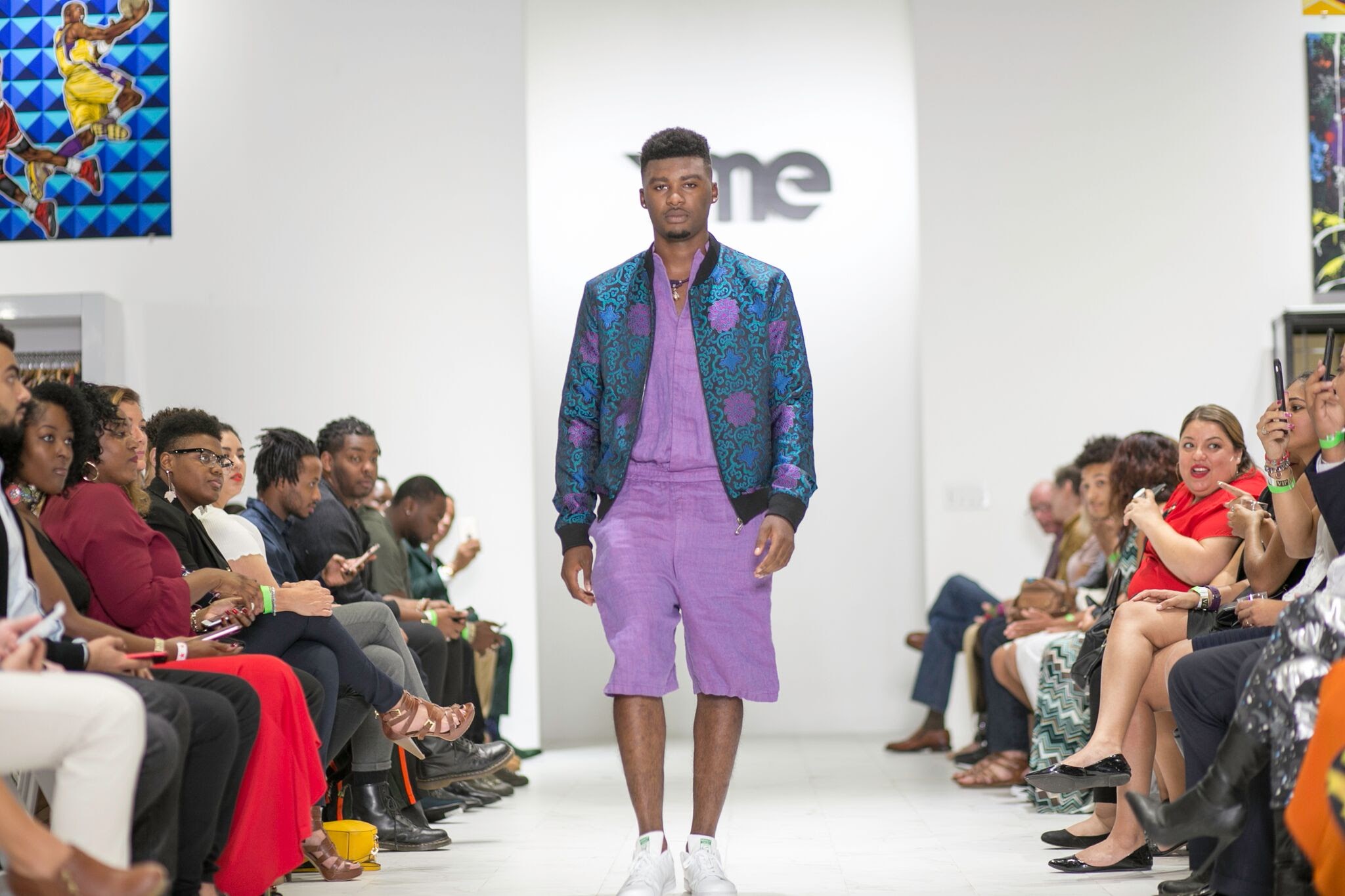 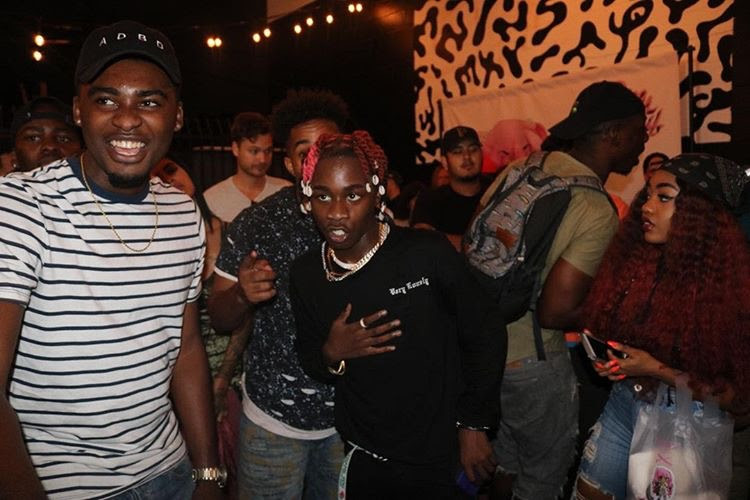 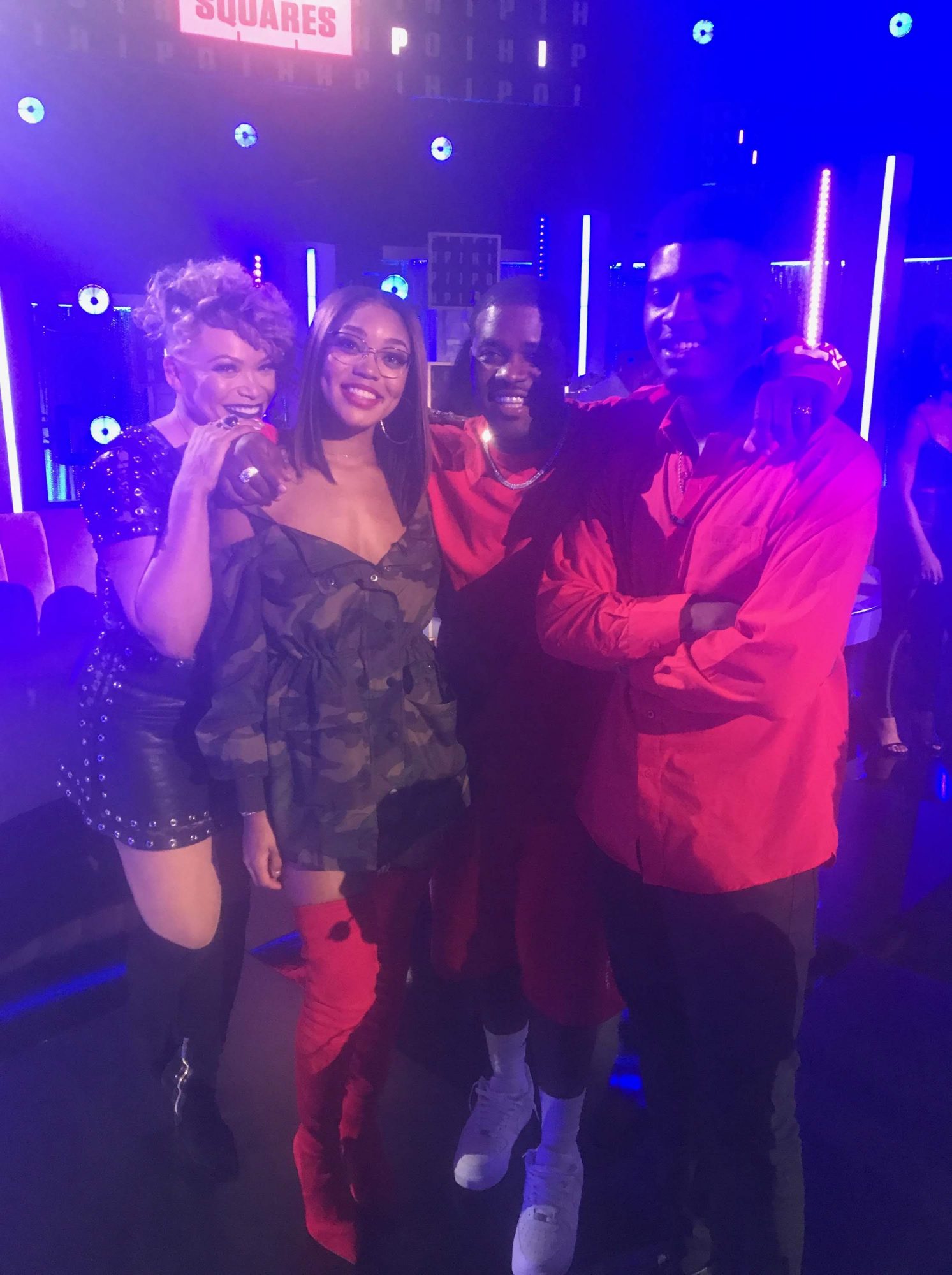