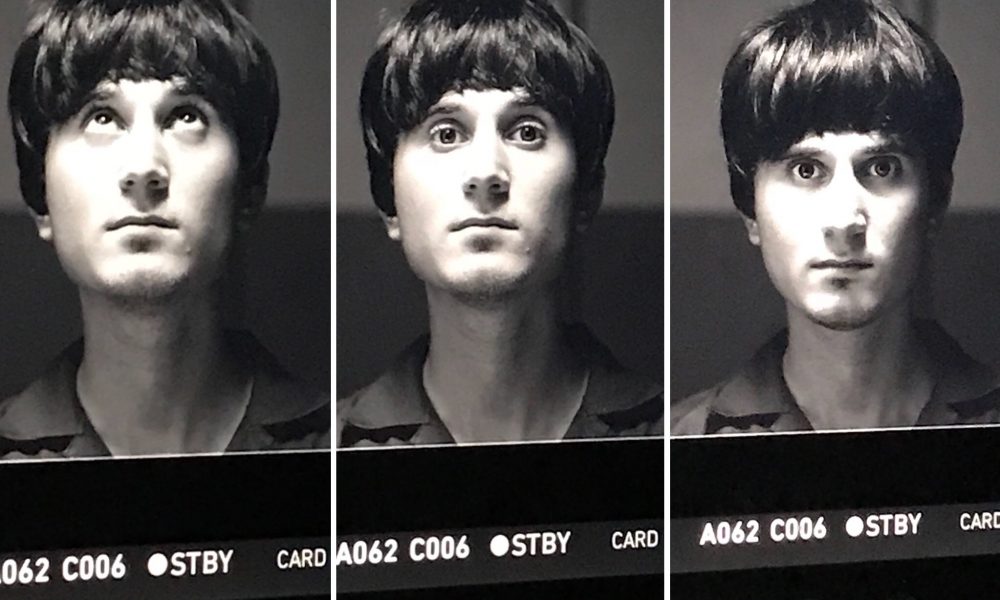 Today we’d like to introduce you to Anes Hasi.

Anes, can you briefly walk us through your story – how you started and how you got to where you are today.
I’m half Turkish- half Libyan. I grew up in Tripoli, Libya, throughout my childhood UNTIL my freshmen year of high school. During that period, I would visit my grandparents every summer at Ankara, Turkey. Interestingly enough, my dream career back then was to become a genetic scientist (I was always extra ambitious).

Then one day, the 2011 Libyan Civil War broke out. Being in middle of war zone, my mother and I escaped to Turkey with the last rescue ship (my life is pretty dramatic). That moment awoke a part of me that I was never aware of. A desire to live my life to its fullest. A life without any regrets! Rebuilding a new home in Turkey was not easy. There were both financial, and emotional difficulties stemmed from being part of that traumatic experience. After finishing high school in Turkey, I had been offered few scholarships internationally, to pursue my aforementioned dream career. However, it felt so empty and meaningless to me. I felt like I was perusing my parent’s dreams and not my own…

I was very emotional and unstable after graduation. I took a gap year to better understand what I really wanted to do with my life-path. Then one day, a Talent Scout at a park recruited me; he insisted I go through an audition for a feature film called “JARGON” that was looking for actors without any prior experience. I joked about it with my friends, and said: “Well, that could be fun to try!” So, I went through the auditions. I didn’t think much of it back then or even mentioned it to anyone. A month later, the Producer called my mom and said that I got the part. My mom was naturally very confused about the situation (I would be too!).

The producers tutored me in acting classes with elite Turkish actors for four months. Then, we went on filming for another two months. Filming that feature film was so magical. The teamwork, the passion, and the devotion everyone had for the project just made me fall in love with acting! I knew in that moment that my true passion in life was acting. There is lack of Libyan actors in general. Art was never truly embraced in Libya, and the war didn’t help the situation either. My goal was set, I wanted to be a glimpse of hope for all the artists in Libya.

I applied to New York Film Academy and got accepted for my bachelor’s degree in Acting for Film. After the first few semesters, I was honored with a full scholarship and graduated the class of spring 2017.

Overall, has it been relatively smooth? If not, what were some of the struggles along the way?
If you are choosing any artistic field, then your answer to this should be 99% of the time “no”. No, I wasn’t among that lucky 1% but it made me who I am today. Just like most parents, my mother and father couldn’t understand the sudden change of heart to a drastically different field like acting from genetics. However, my passion for acting and persuasive skills convinced them to at least let me go for it without any regrets.

However, the support was limited, as I had very limited financial resources. Also, I literally knew no one in the USA. No friends, family, or any acquaintances. After getting accepted to NYFA, I rented a cheap Airbnb for a week in advance. I filled one luggage bag and hopped on my flight to L.A. My budget was so limited that I had to walk to school for an hour everyday, and walk back home another hour, for at least six months. During my one-week stay at the Airbnb, I also had to find a cheap place to stay on a long-term, which made me move from place-to-place, so many times so that my feet turned blue.

Not to mention the fact I had to find a way to gain a scholarship within the first few semesters or I wouldn’t be able to continue my education. But alas; I was blinded by passion, and I didn’t stop until I found a way. After a long roller coaster of intense situations, I became resilient and patient to make any dream of mine come true. Now that I look back at it, I’m not sure if I would dare to do such a crazy feat. I listened to my gut, and it worked! But I knew how slim my chances were, and took the risk anyway.

We’d love to hear more about your work and what you are currently focused on. What else should we know?
I’m specialized in film acting, but I also dabble in writing, editing, and producing my own projects. I find it the upmost importance for actors of our time to be able to create their own projects, without being at the mercy of others; truly understanding what lies behind and in front of the camera.

I’ve starred in a handful of short films such as “Bi The Way”, “Daughter of the Lake,” and “Sheepskin”; I also naturally had a hand in producing each of these titles. My team and I were thrilled when our projects received multiple awards and recognition across the global film festival circuit! I’ve also had the honor of becoming a prominent actor in the (increasingly popular) immersive horror scene of Los Angeles. Highlights of my immersive work include being offered a role in the monthly vampire-themed immersive soap opera “The Count’s Den”. I also appeared in Shayne Eastin’s award-winning show “PoPalypt1c”, which opened at ZJU Theatre, North Hollywood. In addition to this, I also appeared this last October in ZJU’s quintessential show, Urban Death! 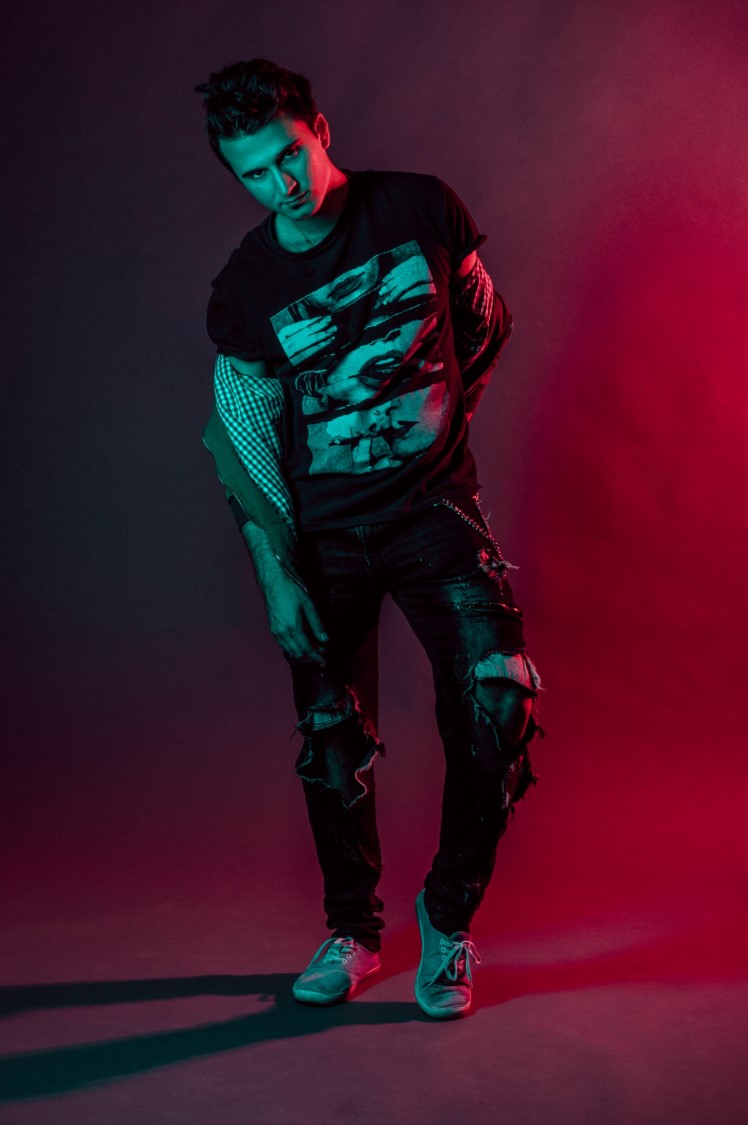 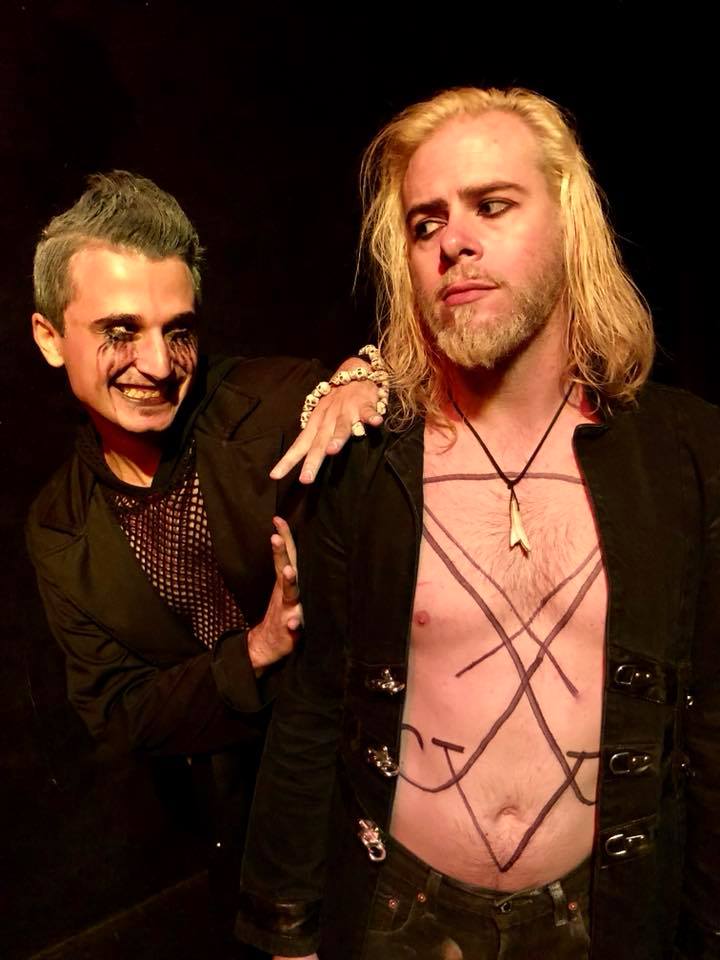 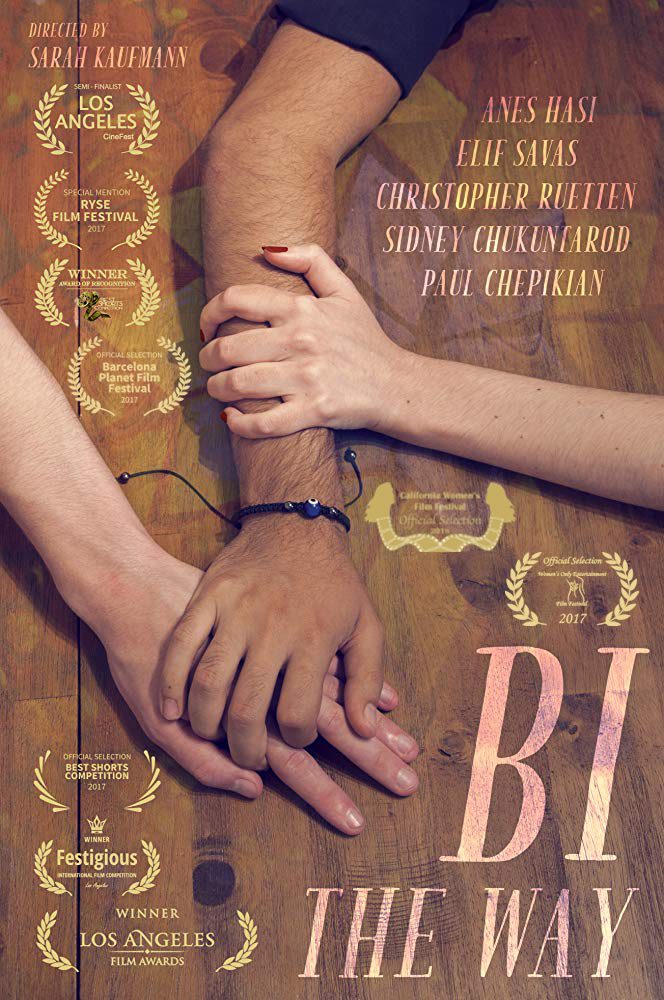 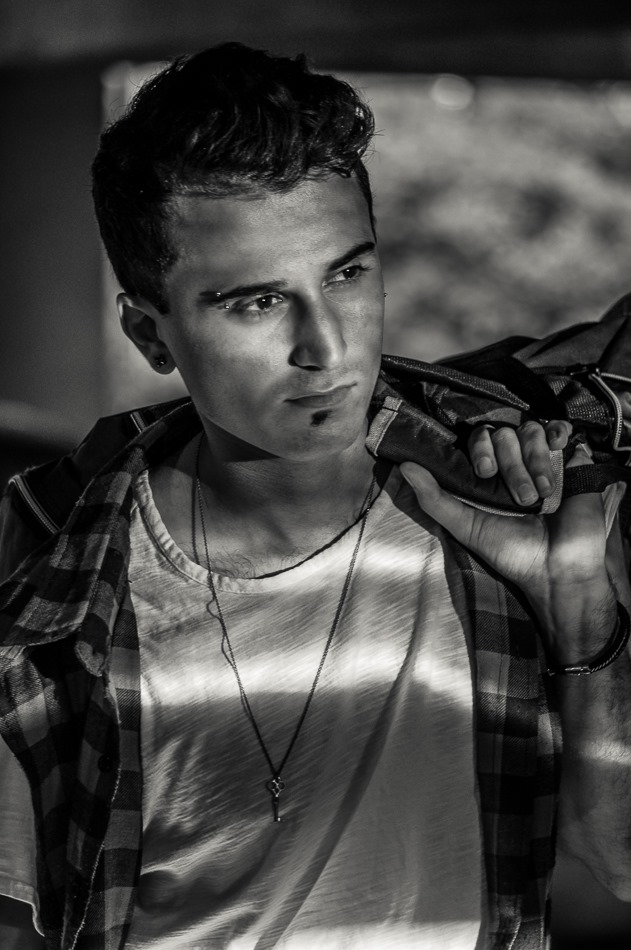 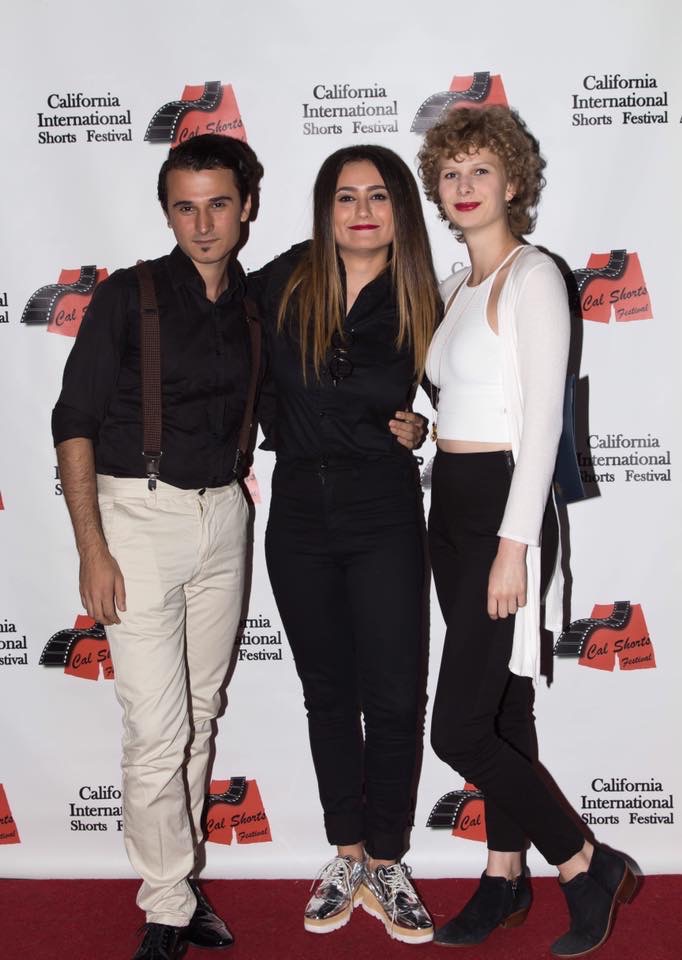 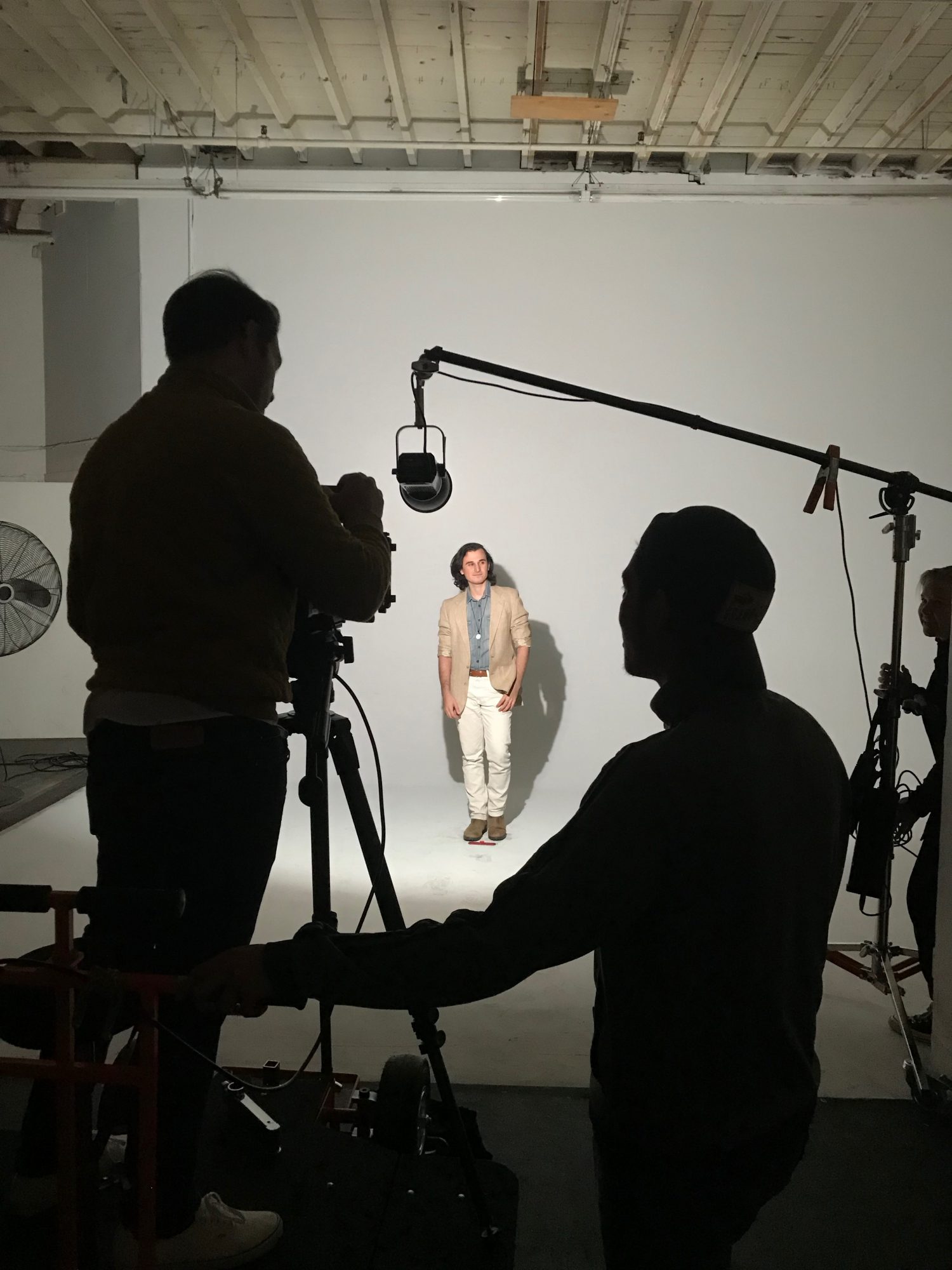