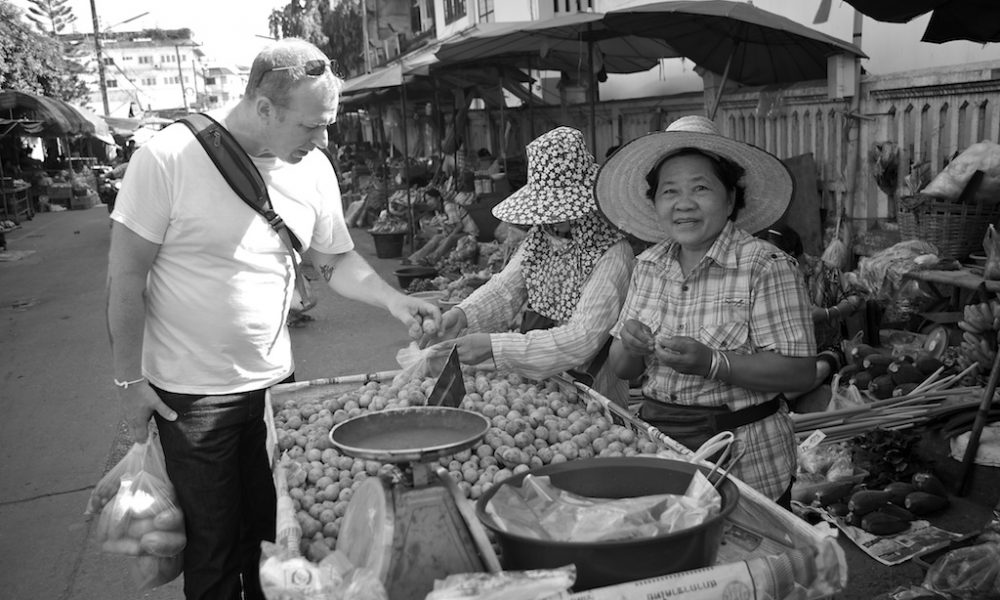 Today we’d like to introduce you to Andy Ricker.

Andy Ricker is the chef/owner of Pok Pok Ny in Red Hook, Brooklyn as well as 6 other restaurants in Portland, NYC and L.A. He first visited Thailand as a backpacker in 1987. Since then, he has spent several months each year traveling, eating, cooking and studying the food culture in Thailand and neighboring countries.

He is also the founder and owner of Pok Pok Som (a drinking vinegar company) and is a partner in Pok Pok Thaan (a charcoal importing enterprise). Among other achievements and accolades, Andy is a two-time James Beard Award winner and best-selling cookbook author.

We’re always bombarded by how great it is to pursue your passion, etc – but we’ve spoken with enough people to know that it’s not always easy. Overall, would you say things have been easy for you?
Opening and running restaurants is a bumpy ride. The obstacles and tribulations are many and it takes a certain type of tenacious (and maybe somewhat skewed) personality to do it. Making a list of grievances is pointless! I still find it to be the most rewarding job I have ever had.

So, as you know, we’re impressed with Pok Pok – tell our readers more, for example what you’re most proud of as a company and what sets you apart from others.
Pok Pok specializes in the food of Thailand and Southeast Asia. We pride ourself in producing the best quality product we can at a fair price while sticking to the spirit of the origins of the food, with all respect given to the cultures they come from.

So, what’s next? Any big plans?
Pok Pok will be opening another full-service restaurant in Portland in the spring and we are working on a line of food products for the retail stream.