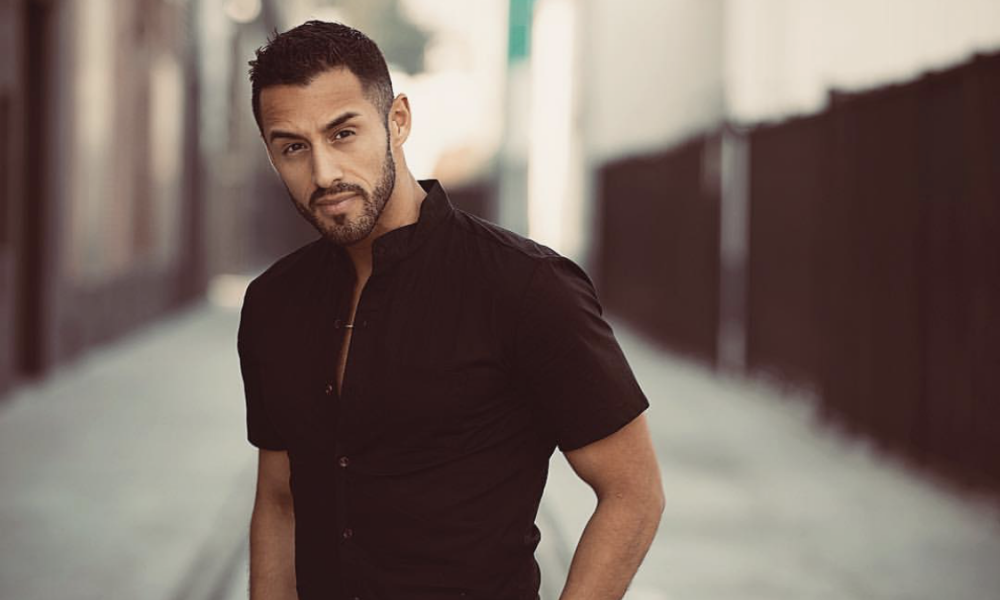 Today we’d like to introduce you to Andrew Nunez.

Thanks for sharing your story with us Andrew. So, let’s start at the beginning, and we can move on from there.
Well, it all began back in 2015 in Atlanta, GA where I pretty much lived a comfortable life. I had my family close by, a great group of friends, a huge network in Atlanta; where anywhere I went I knew someone. Life was pretty much easy and comfortable. That was the issue though.

There was still something missing that something was purpose, purpose to be great! I didn’t want the routine lifestyle of college, 9-5, married, the end. I wanted to create, travel, struggle, learn, experience, reach goals that I have only dreamed about. The spring of 2015 I left my 9-5 job and decided I wanted to create a brand called Fortius Fit.

I have always loved fitness as I was a college athlete in Cross Country and Track, I felt this would be a great way to start. With this brand, I began to train private clients, set up boot camp classes on the weekends at Piedmont Park, and soon with the hopes to build my own athletic attire. It was a constant hustle with bringing new clients on board and working at a bar, where it didn’t give me enough capital to build my brand.

One day as I was scrolling through Instagram I passed this ad where it said, “Cyc Fitness coming to Atlanta!” During this time, I had never ever taken a spin class in my life but, I was always curious about being of some sort of coach or group fitness instructor. I decided to send the founder a message and ask him if they were hiring. He asked me to come to two of the tryouts.

With dedication and many blessings, I had made the cut to be part of this new trend of Cyc Fitness in Atlanta. This was the turning point of my fitness career. I began to feed off of the energy as I saw that I was helping people. I was inspiring people. This is what gave me life, gave me happiness. Months were passing by, and I was growing as an instructor, but I still could find myself missing something.

One day I spoke with my best friends and told them how I was feeling and what changes I wanted to make. I had told them that there was a city I always wanted to experience, and before my chances were over, I wanted to go experience it. I had planted a seed in my friend’s minds for them to come out to Los Angeles and chase the dream!

We booked an Air BnB for two months and decided to move in August of 2015. During that time we could only afford a two bedroom apt, with it being four people and with it being my idea, I chose to sleep on the couch so everyone would have a room. There was a struggle in finding a job in LA. As we all took a risk to come out here on a limb and hope for the best.

What we didn’t plan is that it would take forever to find an apartment we could afford or even lockdown. As the two months came up, everyone started locking down full-time jobs and finding a place to live. I was the only one who didn’t land a job, and I was at the point of pennies. With working side jobs as promo gigs, moving houses, selling some of my stuff, and selling tickets to USC games, I knew I needed to find a way out. October 31st, 2015 will forever be ingrained in my mind.

Weeks before I was hired as a bar back at a restaurant and this day it was my seventh day of training. This was also the day where I had to pack my car back up with my clothes and stuff because we could no longer live in the Air BnB. I went to work that day not knowing where I would sleep or what was my plan after my shift. In the back of my mind, I still had high hopes for an interview that my only friend in LA who I knew from college connected me too.

It was for a show, but I didn’t know what show it was for or why me? All I knew is that if I could land a spot on the show, it would give me a place to live and sleep. Thankful for my best friend Juliana who came from Atlanta to LA with me and found an apartment let me crash for the night after my work shift. I slept on an air mattress laying there thinking what was going to be my next move.

I woke up the next morning to a phone call, as I answered they asked me, “Is this Andrew Nunez the personal trainer?” I was confused, but I answered yes, who is this? They responded, “This is E network calling you to bring you on board as the personal trainer for them, ‘I am Cait,’ season two show. This was another turning point of my life.

I hit the road for three months traveling all over the country, working, training, learning, and experiencing. Had an opportunity to sit down and converse with Caitlin Jenner about the Olympics, about life in general. Through this journey, I made many friends with the cast, with the crew, and with people along the way through this road trip.

I landed back in Los Angeles with some money in my pocket but still no place to live. I had made friends with the crew members that they connected me with people who would let me crash on their couch. I would say that I was couch surfing for about four months until I finally landed a full-time job and found a place to live on Craigslist.

I began to work in an office not satisfied but with no other options at the moment. I still had the dream to create my own fitness brand. I spent a full year working at a desk job before I chose to leave that and pursue fitness full time. I started from the bottom as many would say and built my way up. I went back to what I knew and looked for spin studios to teach at.

My goal was to end up at Cycle House since I knew that was the most well known in LA. I started teaching spin classes and building my way up to David Barton’s Gym, YAS, Vie2, and Cycle House. I finally landed a position at Cycle House where I began to evolve in the fitness community. I began to feel that people finally knew who I was. In 2017 I was named honorable mention as the most influential instructor in LA on Class Pass.

This was a big step forward and toward the right direction. As I began my fitness journey and began to make my mark in the community. I decided that I need to start developing my dream and why I came out to LA. I chose to put the spin world aside and pursue something bigger and something that I felt that could push me to become a better instructor. I became a Barry’s Bootcamp trainer.

I dedicated my time to listen, watch, practice, and learn the steps to become a great instructor. This is a non-stop as I am always evolving and working on my craft to become one of the top trainers in LA. In present day, I can easily say I have come very far, but still, there is much to go.

I am now looking to launch a set of my line of Fortius Fit at the end of 2019. I am working with different trainers and instructors from all over LA at fitness events, photo shoots, and overall expanding.

So, as you know, we’re impressed with Fortius Fit – tell our readers more, for example, what you’re most proud of as a company and what sets you apart from others.
I am currently working on a few projects called: AGM Lifestyle, #goodmorningteam, and Fortius Fit. Proud about these projects because I’m finding ways to give back to our communities. I believe that we are all in this world together and we all struggle with obstacles. My projects are geared to help those around you, as well as create/build your confidence in your everyday life.”

I am also an instructor at Barry’s Bootcamp in Venice and South Bay. With everything I am doing I am proud of how I am helping people. I look for a way where what I do will benefit someone else.

I look to bring people up and hoping with my projects that I am looking to push out, that will do just the thing. Specializing in expanding your network, building your friends and community.

Let’s touch on your thoughts about our city – what do you like the most and least?
I love LA for its uniqueness. Where you won’t get the same area as others even if it’s only a block away. As many would say, there are small bubbles in LA where people like to stay at.

Most people would say traffic, but honestly, LA has disappointed me yet. Still living that honeymoon stage and there is so much more to do here. 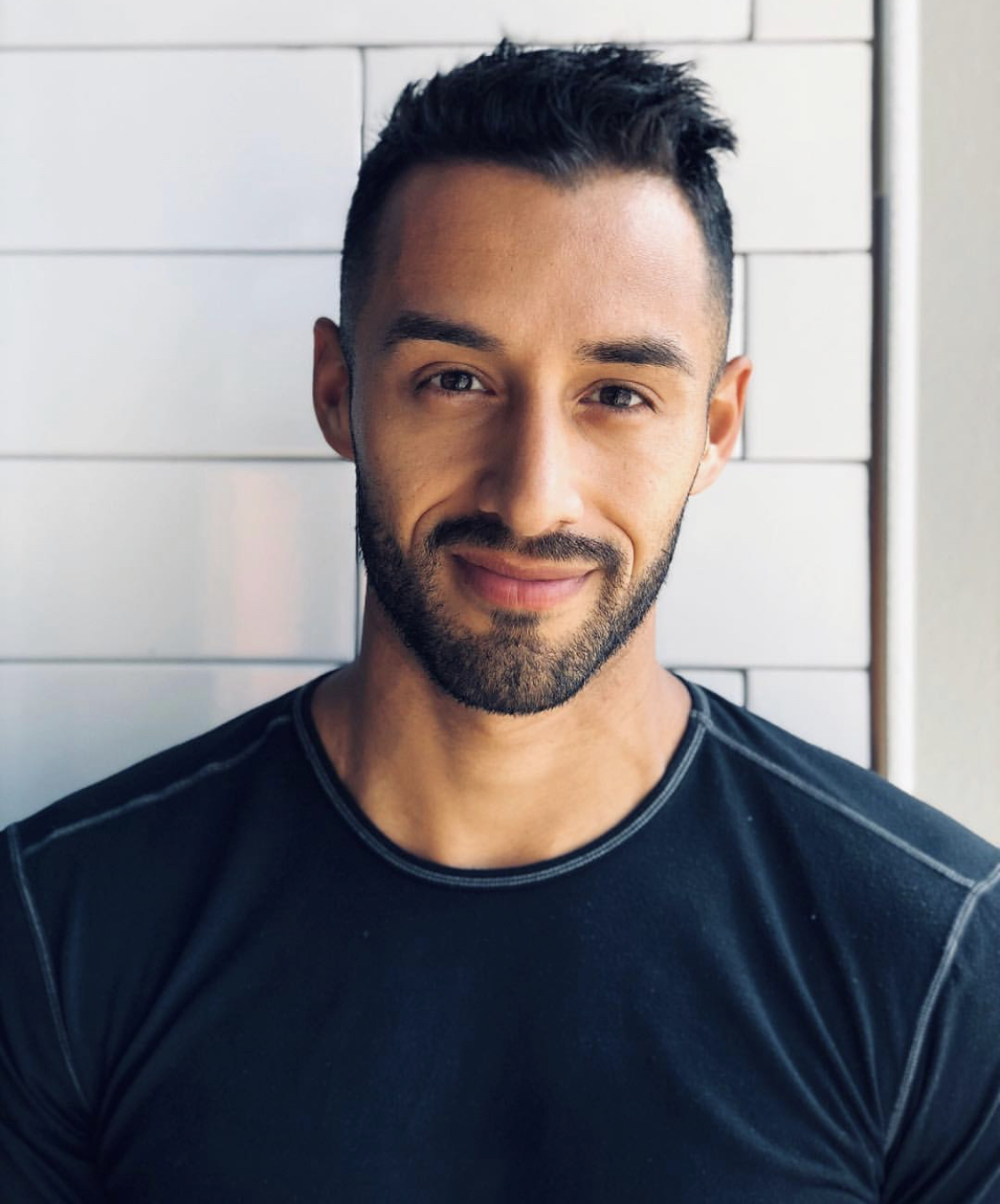 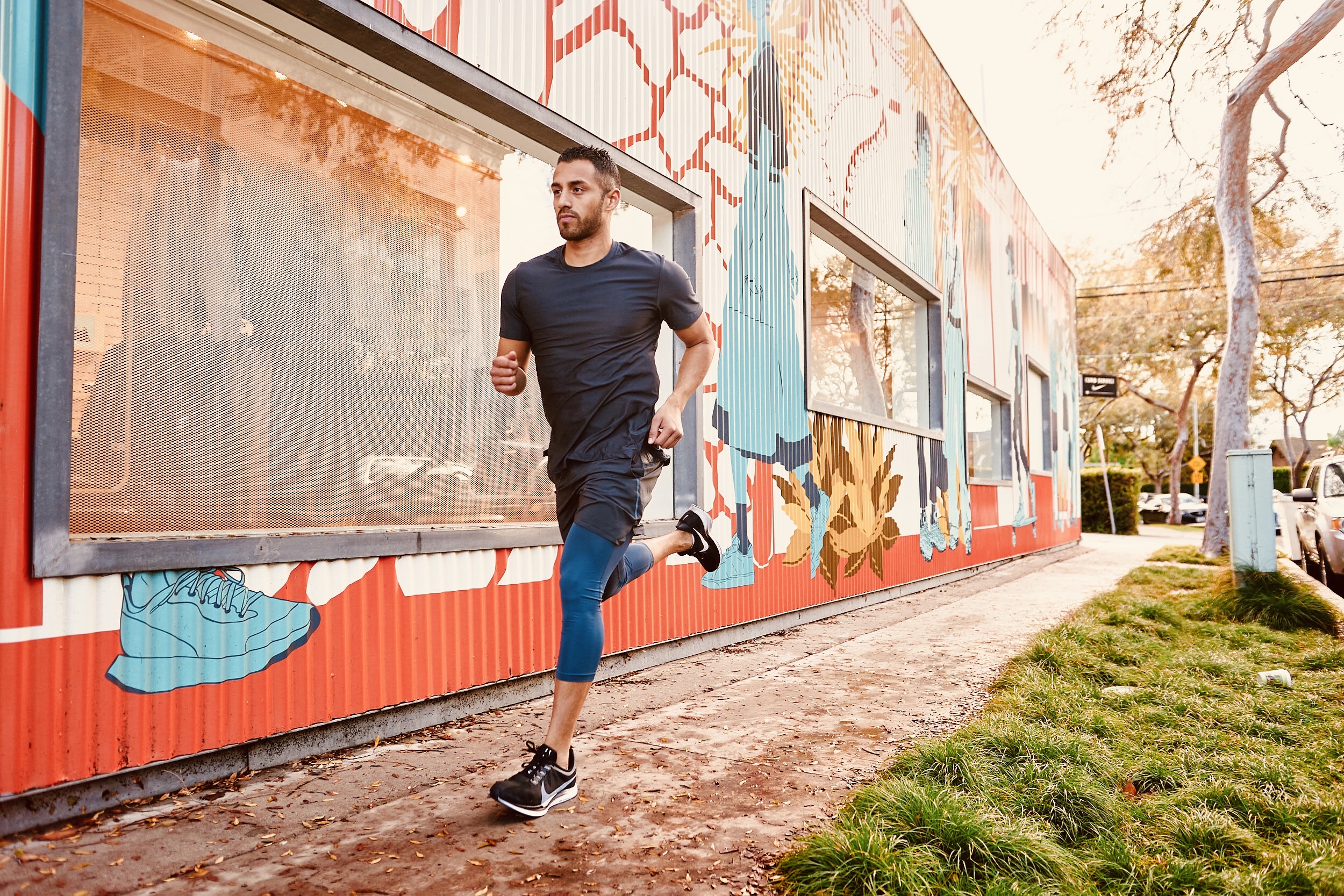 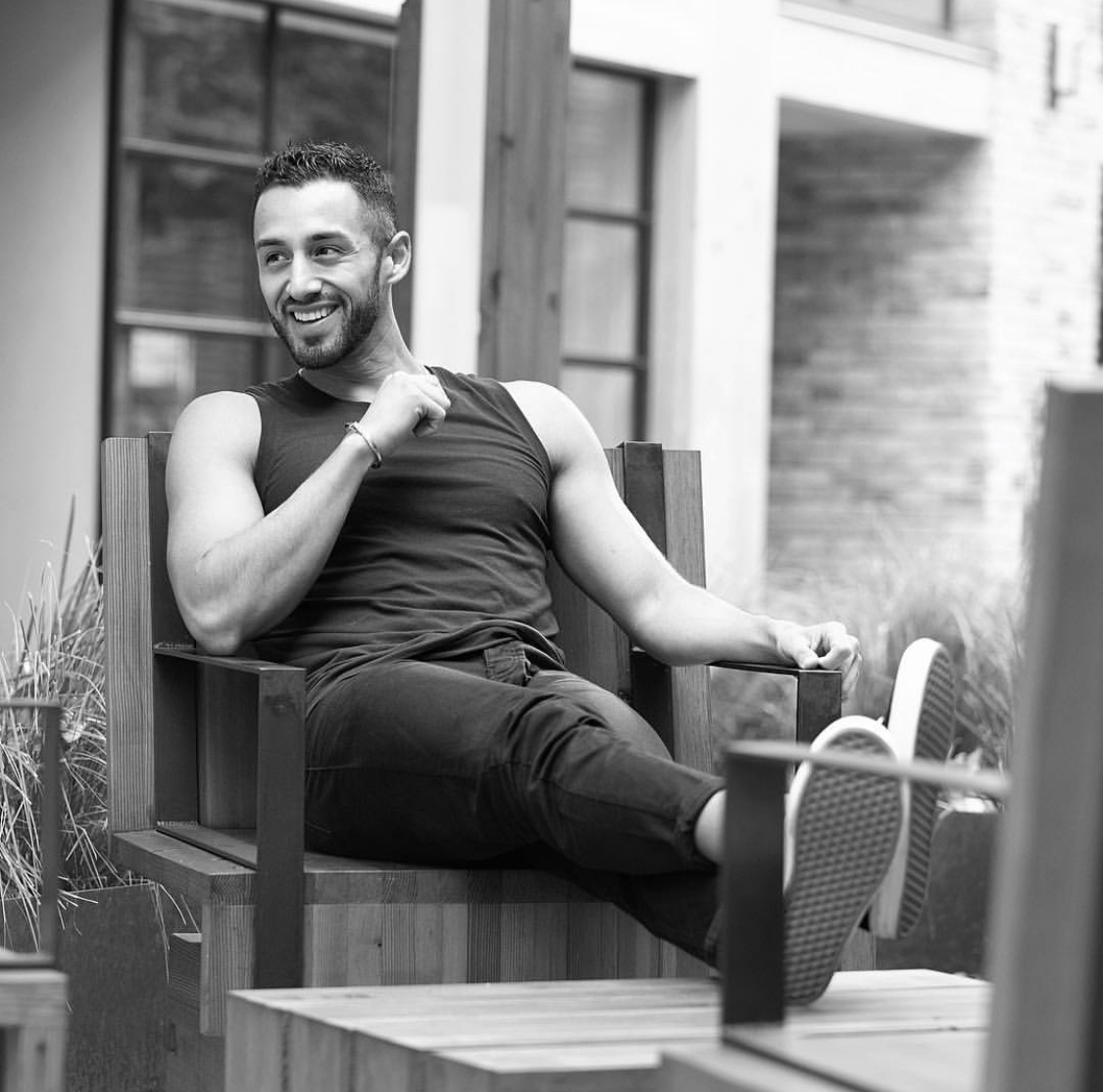 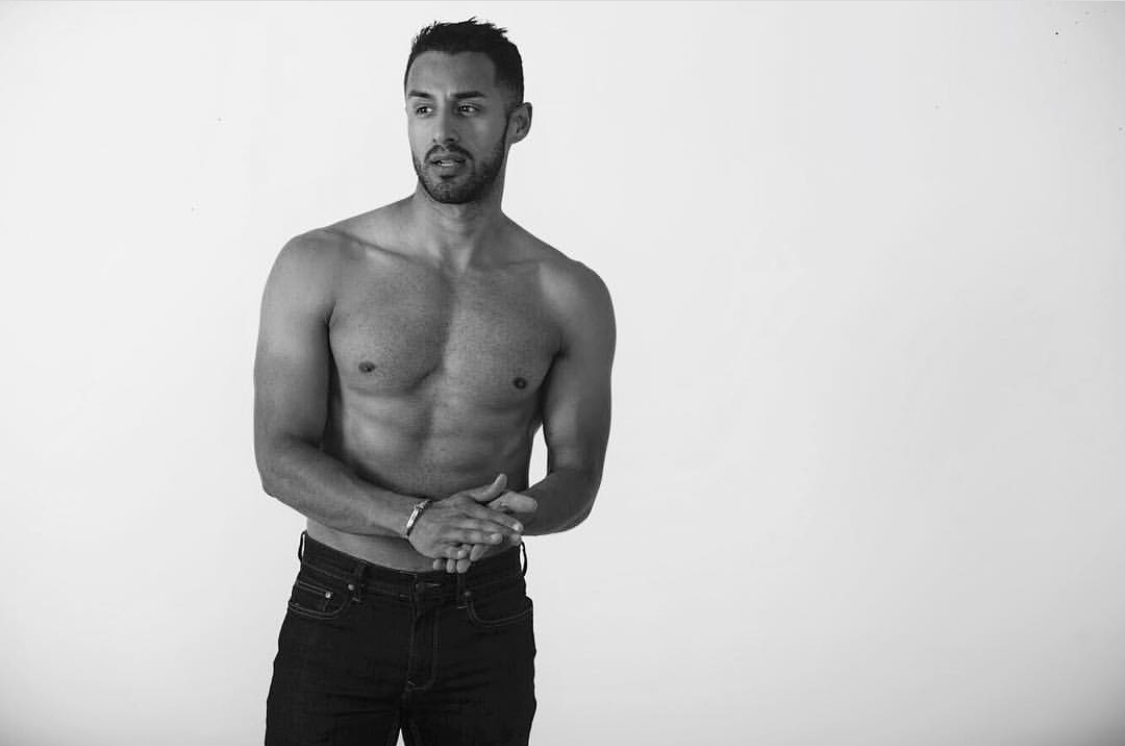 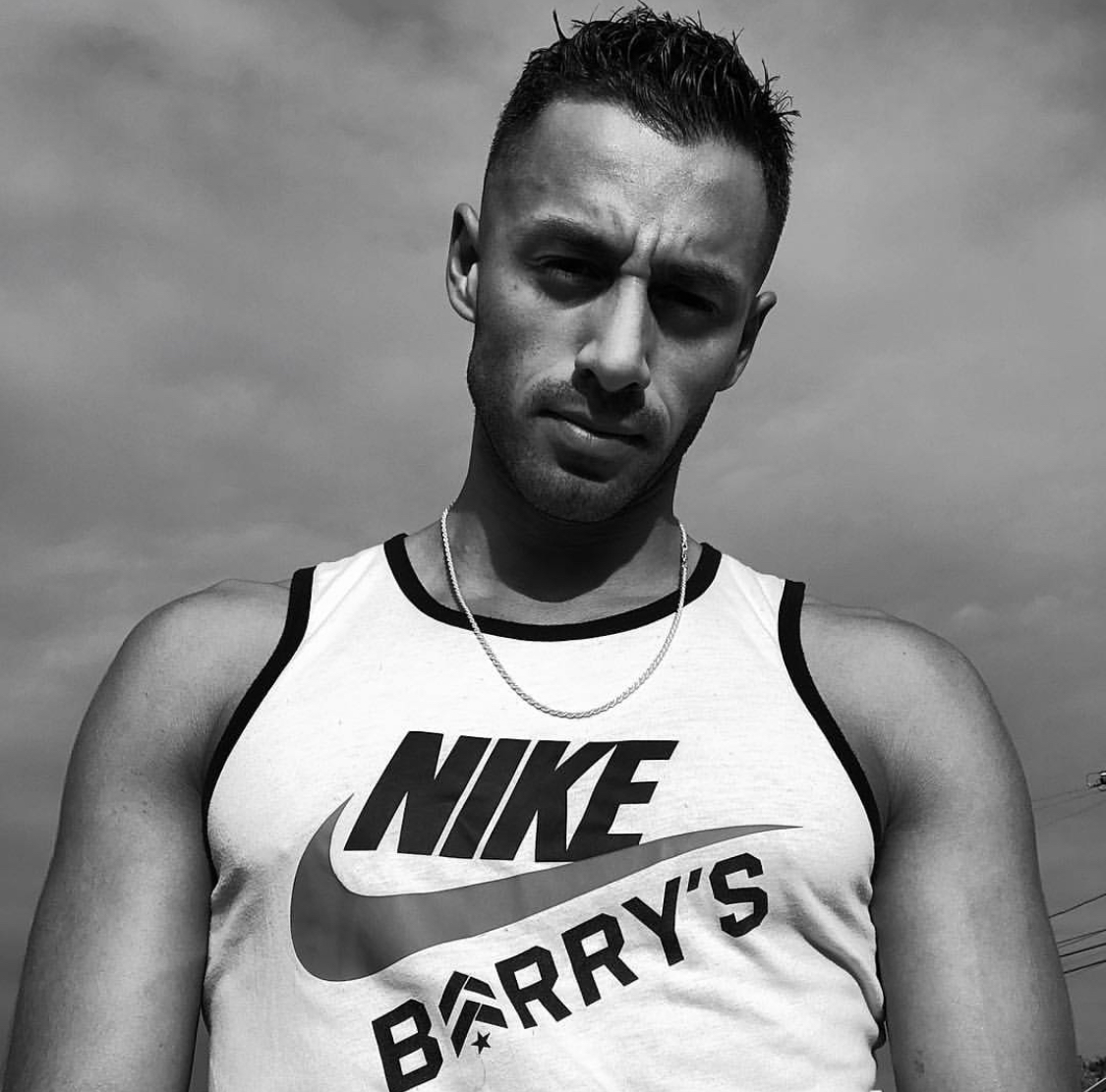