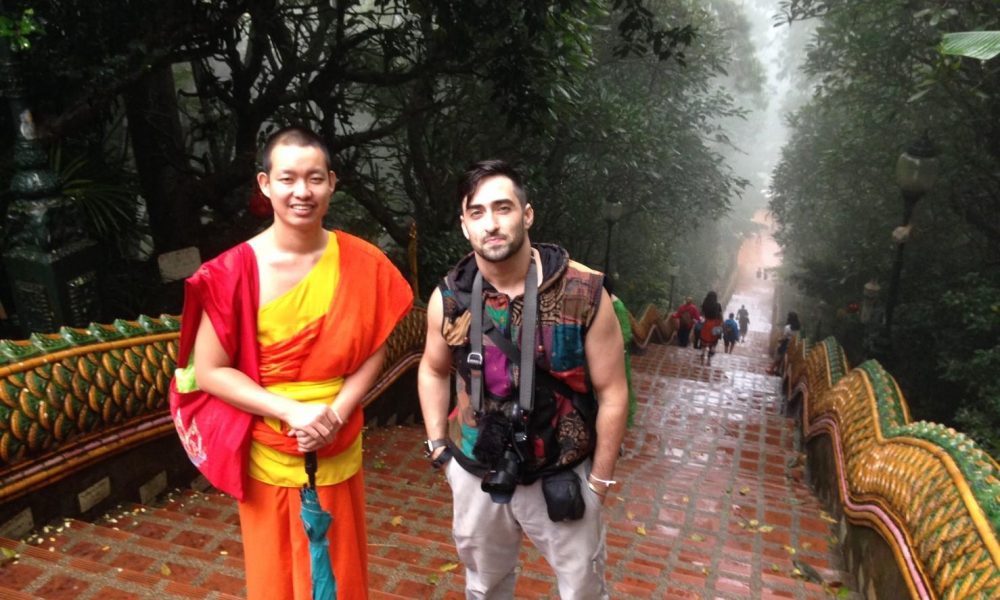 Today we’d like to introduce you to Andrew Malcolm.

Andrew, let’s start with your story. We’d love to hear how you got started and how the journey has been so far.
I was born into a family which emphasized the importance of travel and the arts. My mother was a travel agent at one point in time, and my grandparents, who are avid collectors of African art, taught my father the value of traveling at a very early age. So I was incredibly fortunate as a kid to be able to travel to many places in the world. And, as my birthday is December 30th, this often meant spending my birthdays in far-flung, culturally-rich destinations.

I’m traditionally trained as an actor, but in 2015 I began making the transition to directing. I grew tired of the relentless series of bumps and hurdles that are often associated with trying to produce, well, anything, and became convinced if I learned the necessary skills, I could begin to produce the art I wanted to see get made, by myself.

I have an incredibly tight and close-knit group of friends, all fellow creatives. And leveraged their skills and knowledge to try and get my footing. By 2018, I was ready, and set out to direct, film, produce and edit my first documentary feature, a film called “Discovery Mode”, about the phenomenon of Millennial travel abroad. So my girlfriend and I set out with our camera gear, and for five months spent every day interviewing millennials from around the world, as we trekked through South East Asia.

During my time in Thailand, I spent a month at an elephant sanctuary called The Chai Lai Orchid in Mae Wang near Chiang Mai. Chai Lai hosts both a “social business” and a non-profit organization called Daughter’s Rising, which helps educate, protect, and lobby for the interests of women in the Karen ethnic minority group. Much of their ability to support the dozens of women refugees comes from their hotel business and sanctuary, so I spent as much time as I could filming content for them to help create awareness of their impact.

Nearly a year later, I was back in Los Angeles editing “Discovery Mode”, when I was contacted by an eccentric British tech mogul, who had discovered my elephant content and recruited me as a partner in an attempt to create a series around wildlife emergency interventions in South Africa.

So for much of 2019, I was working in concert with him and filmed two emergency elephant translocations in South Africa. Then, in December, my partner suddenly died of a massive heart attack. Amidst our grief, both myself and the conservationists I had been working within Africa, realized that without his leadership thousands of animals faced potential catastrophe, unless someone was willing to fill in where he had left things.

So for much of this year, I worked with legendary conservationists like Dereck Milburn, Kester Vickery, Dr. Dave Cooper, Dr. Peter Rodgers, and Peter Chadwick, to design a new conservation model which leverages the power of Media to further support conservationists in the ongoing war to save wildlife. And that’s essentially how I ended up here now, directing a series based in South Africa and waiting to release “Discovery Mode” in the coming months.

Great, so let’s dig a little deeper into the story – has it been an easy path overall and if not, what were the challenges you’ve had to overcome?
No, my road has not been a smooth one. The one unerring constant in my life has been the support of my family (despite a brief hesitation about my prolonged travel through Asia). But I have changed career paths at least five times in my life. I went to six different colleges, ultimately to earn a fairly useless degree, and still got left with an uncertain path forward. I think it’s been my deeply rooted passion for telling or participating in stories of human connectivity and struggle, which has driven me over the bumps.

I mean, just in the past ten years I’ve moved six times. I wrote two feature-length films which went nowhere. Ninety episodes of a web series which ultimately lost funding. I had friendships break up, had a partner die, and consistently travailed through personal health problems. There has been ample opportunity for me to give in or give up on pursuing this passion for making art that compels people to both feel and act, but I think it’s been my drive to reveal stories which create real impact, and an innate sense of belonging in this artform, that has kept me pushing.

We’d love to hear more about your work and what you are currently focused on. What else should we know?
My newest company, Andrew Malcolm, LLC., is an evolution from my previous production company FuseHouse Media. In 2015, a few scrappy young artists banded together and moved from Santa Cruz, where we had met, to Los Angeles, and formed a company. We were four filmmakers, three actors, three musicians, and five writers, all simultaneously wearing many hats.

But as I set out to transition from acting and writing to full-time directing, I knew I would have to branch out on my own.

My company covers the gamut of film styles, from music videos and corporate pieces, to short-narrative, writing, producing, and most prominently, our work on feature documentaries.

But our specialty has to be in travel-related media. Although we are a Los Angeles based company, much of our content, and thus our labor, is geared towards stories which encompass the human experience beyond America’s borders. It’s been a rough series of lessons, learning how to shoot high-quality productions with limited equipment in often hostile conditions, but I believe the hardwork has paid off.

Our most recent project has got me really excited, as we are actively trying to empower these brilliant conservationists to expand upon their work saving humanity’s collective natural heritage. We work with elephants, rhino, lion, giraffe, wild dog, wildebeest, zebra, buffalo, leopard, hippo, and any other large mammal you can think of. And getting up everyday knowing you’re empowering legendary people, like Dereck Milburn at the Wildlife Emergency Fund, to be the heroes they were born to be, is all the motivation I need.

During my time in Thailand, I had a unique opportunity to spend a TON of time around elephants. I got to know them, and connected with them on a deep and fundamentally life-changing level. These creatures are remarkably intelligent, have long-lasting relationships, remember what their friends do and don’t like, mourn their dead, miss their friends, communicate their feelings and wishes with their eyes, and could break a man in half if they wanted to. Spending my days ensuring their survival has been a privileged turn in my life that I will always treasure,

Is there a characteristic or quality that you feel is essential to success?
I think the recipe for any successful person is always individual. But I think I value some key skills and qualities, both within myself and others, that lead to successful outcomes. I try very hard to be a good communicator. To speak openly with those I trust, and strategically with those I don’t. I try and keep an open mind and to remember the power of collective thought and action. I have learned the hard way that no man is an island. Great things are built by great groups of people. But the glue that holds great people together is enthusiasm, communication, and consistent performance. Everyday I try to make sure that I am qualified for the job I tell people I am capable of achieving. I try to remind myself of the power in having the humility to be corrected when I make mistakes. But also to just actively listen to people who have more experience than you. I see life as an opportunity to enjoy the experience. And I find very few experiences more satisfying than dreaming up something wild and having an inspirational group of people to work on it with. 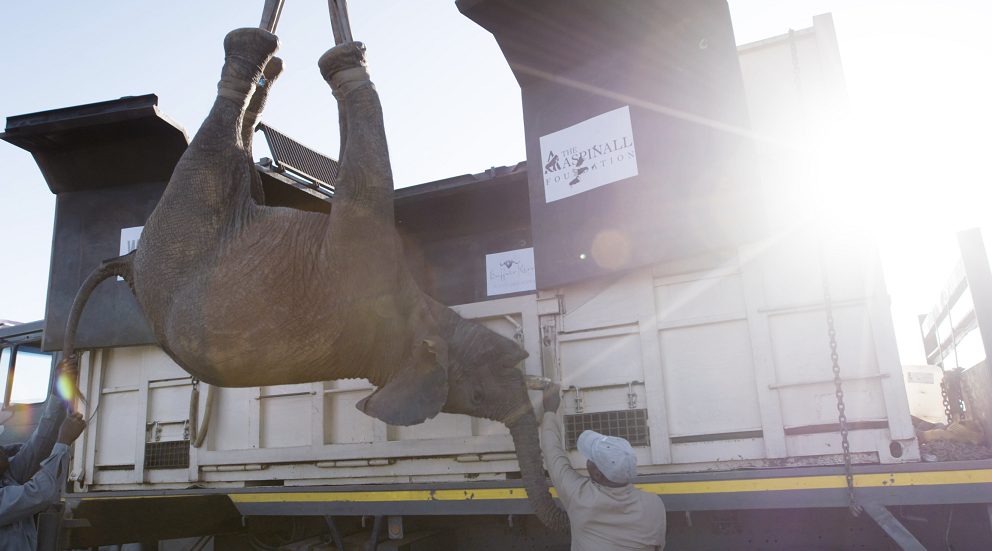 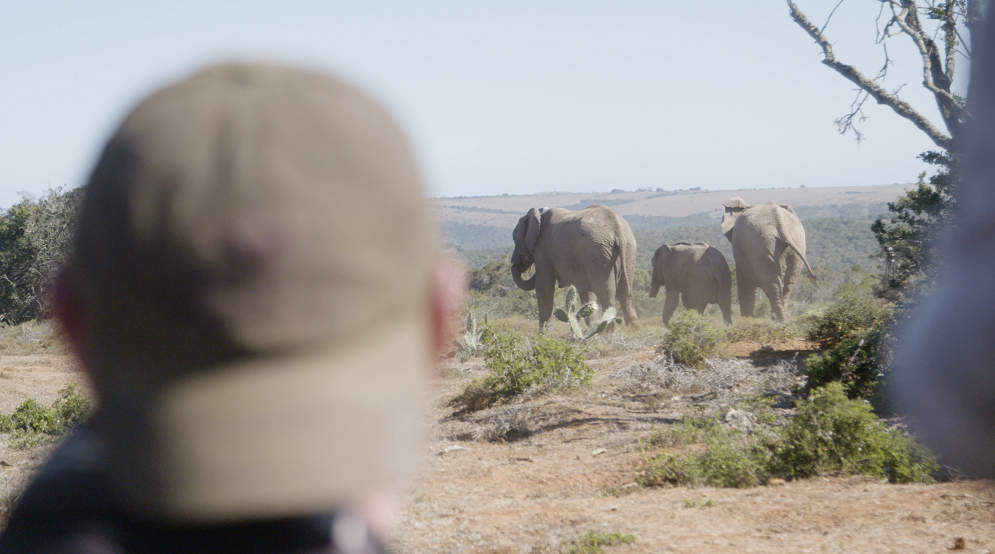 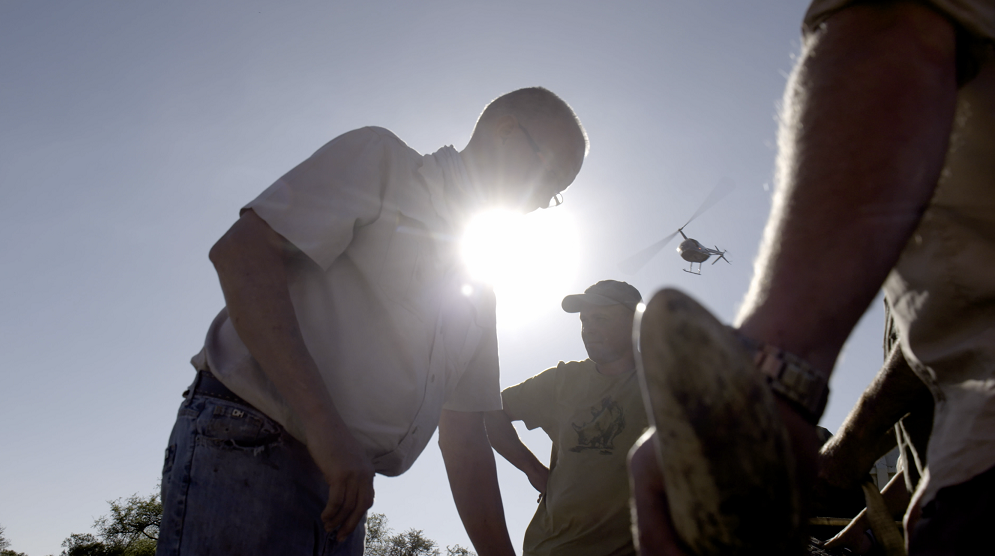 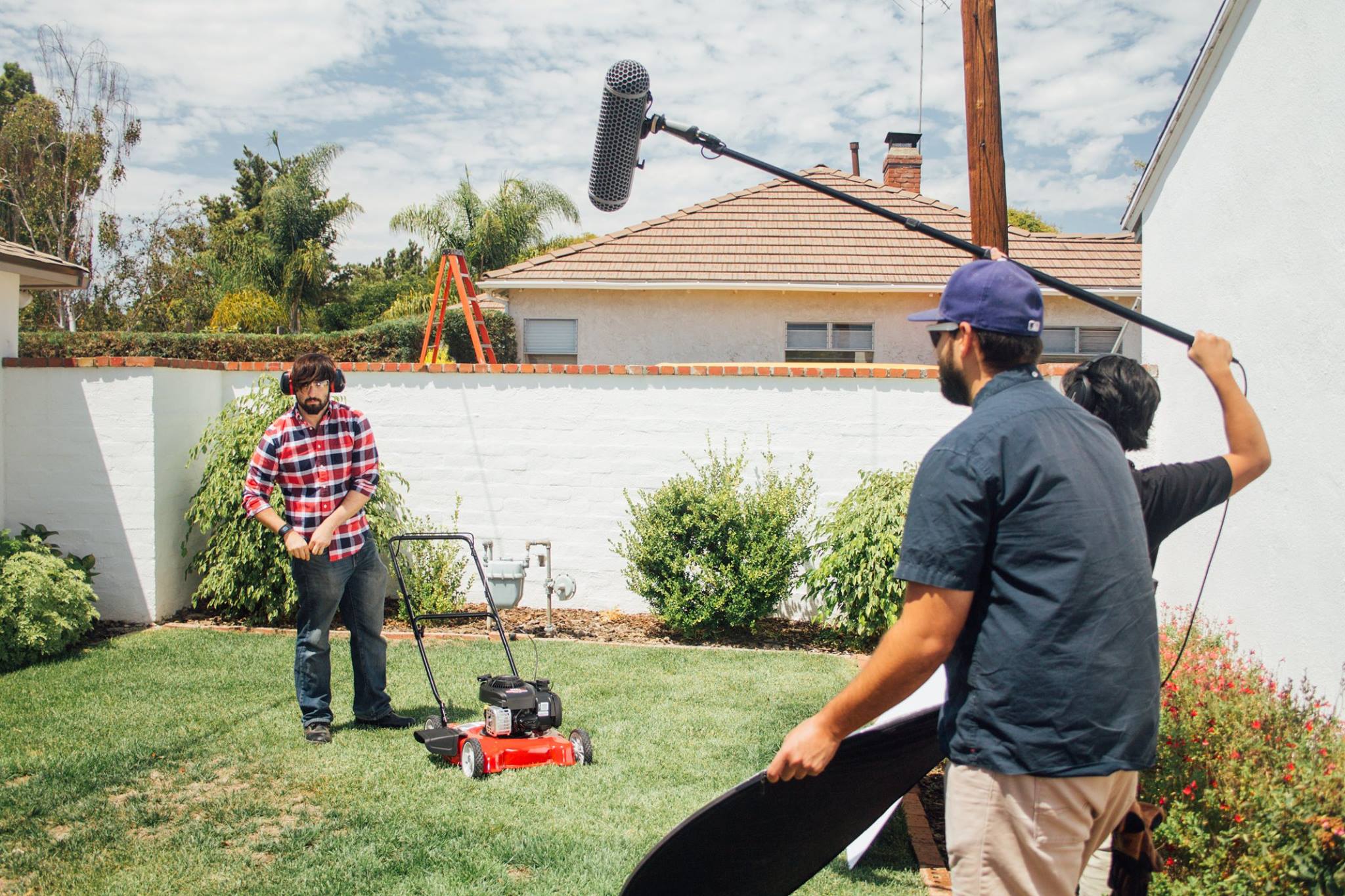 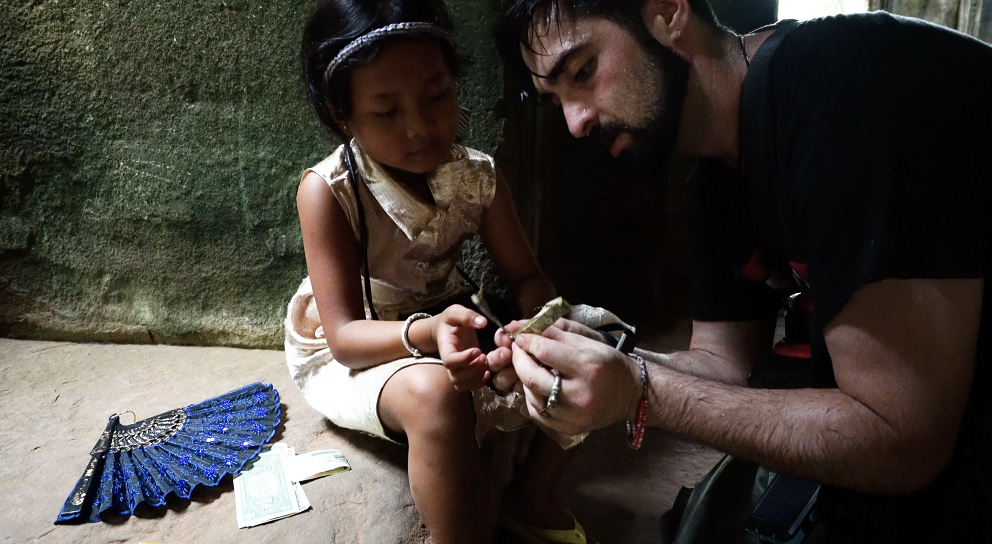 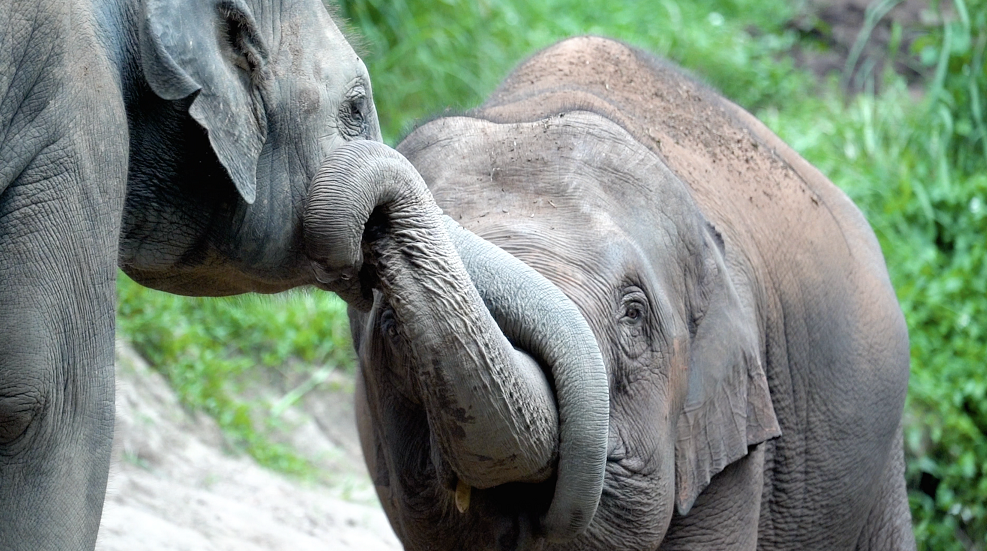 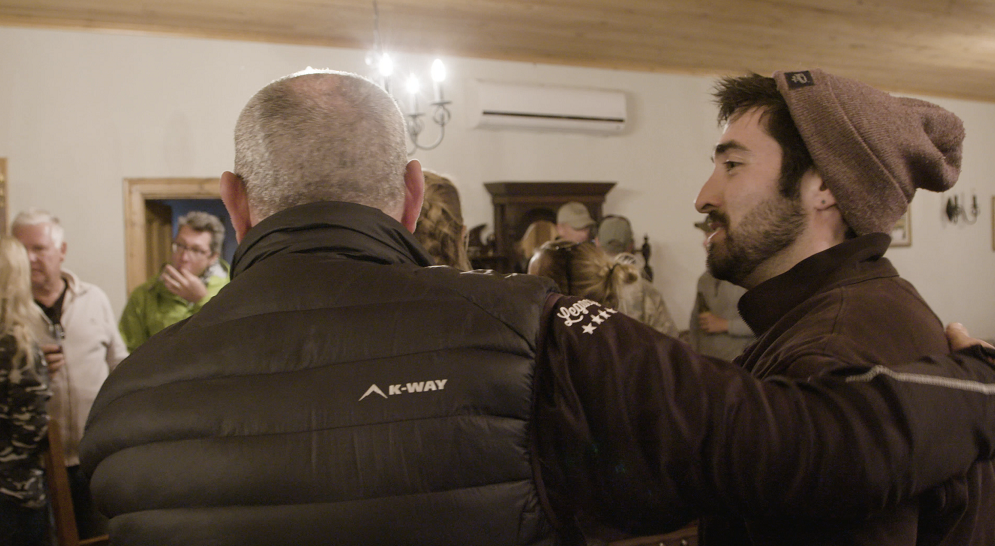