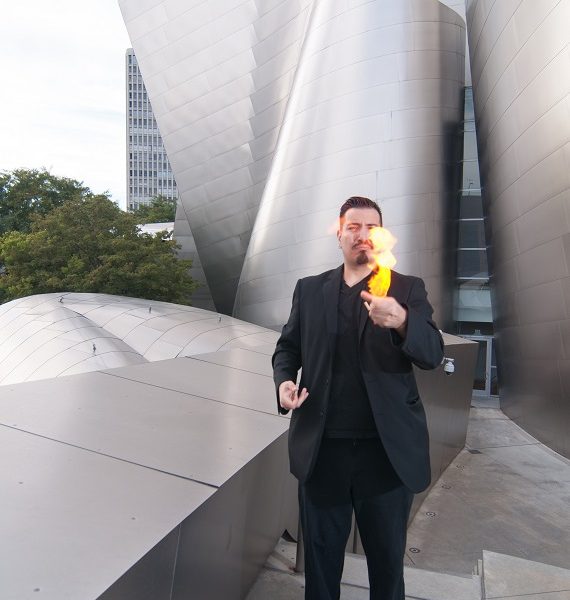 Today we’d like to introduce you to Andrew Garces.

Hi Andrew, thanks for sharing your story with us. To start, maybe you can tell our readers some of your backstory.
Magic was always something that caught my attention, I would always enjoy seeing the one coin trick my father would always do and the one card trick my grandfather would do. Relatives would buy me magic sets for my birthday and for Christmas, however it wasn’t until I was about 11-12 years old when I realized i wanted to be a professional magician when growing up. A magician by the name of Johnny Ace Palmer came to one of our middle school field trips and performed close up magic, he made mini birds appear out of thin air! Right in front of my face! That’s when I realized that I needed to start practicing for real! I’d buy 1-2 tricks/magic dvds per month courtesy of my parents. That’s all I would focus on, mostly because magic is so cool but also partially due to my ADHD.

My grades throughout middle school/high school were B-, C+ average, but that’s because I would practice magic instead of studying or doing my homework. By 9th grade, I auditioned for the Junior Program at the Magic Castle in Hollywood. It took me two auditions and I was so thankful to get accepted on my second try! The Magic Castle is so incredible and as a 12-13 years old it’s even crazier and I still have many close friendships with other magicians I met in the program. When I was 17, during my senior year I got a job at a magic shop which was located in Downtown Disney. One of my friends from the Magic Castle Junior Program already worked there and he put in a good word for me when they were hiring. I loved it! I got paid 40 hours a week, sometimes with over time, to perform magic for tourists and locals. As the magic shop wasn’t a career job, after five years I left to pursue my AA in Psychology. I really wanted to learn the human mind so I could use that in my magic. I earned my degree in about a year by taking seven classes a semester (I did earn straight A’s).

At this point in my life, I still loved magic, but it has always been a hobby, something that I just loved to do for fun, that’s mostly due to my parents, I guess due to their culture they didn’t want me to be a professional performer, they wanted me to get a good education and get a good job. Once I finished college, I got a job Hosting at ESPN Zone restaurant in Downtown Disney, I worked there for six months and there where I met my beautiful fiancé Chanel Rhodes. She was a server and an amazing one too! After many other jobs from telemarketer to sales rep to server to bartender, in 2017 I decided I was gonna start doing magic gigs on the side! I did my first show for Golds Gym not too long after that! Later that year, I performed for Disney and Nickelodeon for their Halloween and Christmas Parties!! I started to also perform for different restaurants like Dave & Busters! By 2018 I was performing full time and I was booked for Holiday parties in Laughlin, Nevada(Harrahs Casino), as well as Las Vegas, Nevada (Red Rock Casino)!! In 2019 I signed a residency at Museum Of Illusions in Hollywood! They had my magic every Saturday and Sunday for 3 hours each day! Things were going well!! I was able to pay my bills and save money by performing magic!! I proposed to my fiancé in April of 2019, however Covid ruined our original date. Covid also shut down the entertainment industry for a while.

To be honest, at this point in my life, May 2020, I had really let myself go, since 2014 I’d probably gained 85-90lbs. This quarantine would be my opportunity to get back into shape! And sure enough, I lost 103 lbs since the pandemic began by cooking most of my meals and working out at home in a make shift gym I built in my own apartment. I’ve been practicing new magic while working on my health and fitness all of quarantine. I’m thankful that in August of 2021, I was chosen to be on Let’s Make A Deal with Wayne Brady! I performed some magic on television!! As well as I won some furniture and guitars!! And I did this after having lost about 90lbs at this point in my journey!! This holiday season has been busy with magic gigs from Compton to Beverly Hills To Vegas! Looking forward to what next year has in store. Also, my stage name Magic Thug was something I came up with in 2018, I wanted something that reflected me and that said, “I’m not a kids magician or a clown.” My magic is more for adults as I prefer performing with Beer, Condoms, Fire. I mean, I’ve done kids shows, but the parents understand they aren’t getting a clown, and they sit down and enjoy the show themselves too.

I’m sure you wouldn’t say it’s been obstacle free, but so far would you say the journey have been a fairly smooth road?
It hasn’t always been a smooth road, I didn’t pass my first magic castle audition when I was 12, I went over my allotted time and the routine itself was too random. Thankfully I learned from it and passed my second audition.

Thanks – so what else should our readers know about your work and what you’re currently focused on?
My name is Magic Thug and I perform Thug Magic to those in need! I’ve performed for corporations such as Disney, Nickelodeon, Gold Gym, Dave & Busters, Red Rock Casino, St. Judes and plenty of others.

My specialty is closeup magic, however I do enjoy performing on stage as well.

I create my own magic or adapt older tricks to my style, I don’t want other magicians to do the same stuff I do.

I’m proud of levitating my fiancé in front of 4,000 high school students!

We all have a different way of looking at and defining success. How do you define success?
Success is ongoing, always must be chasing it, but it’s never complete. 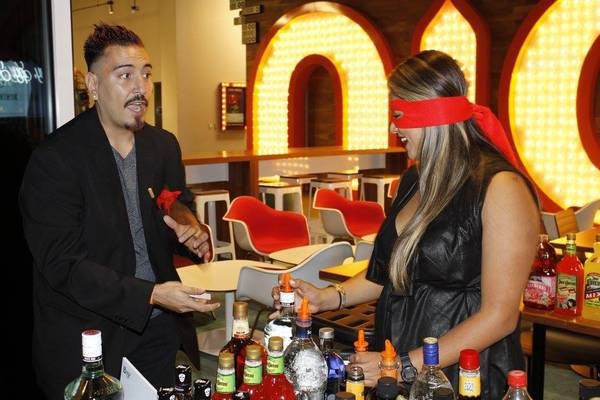 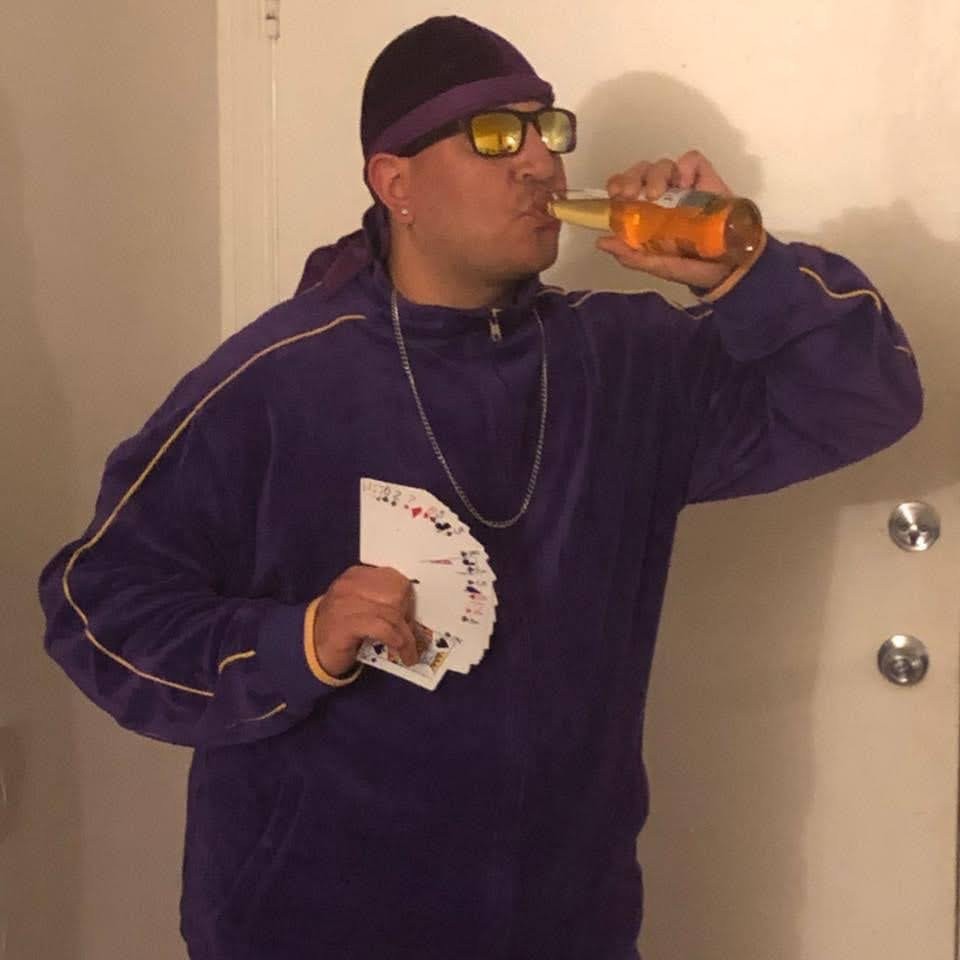 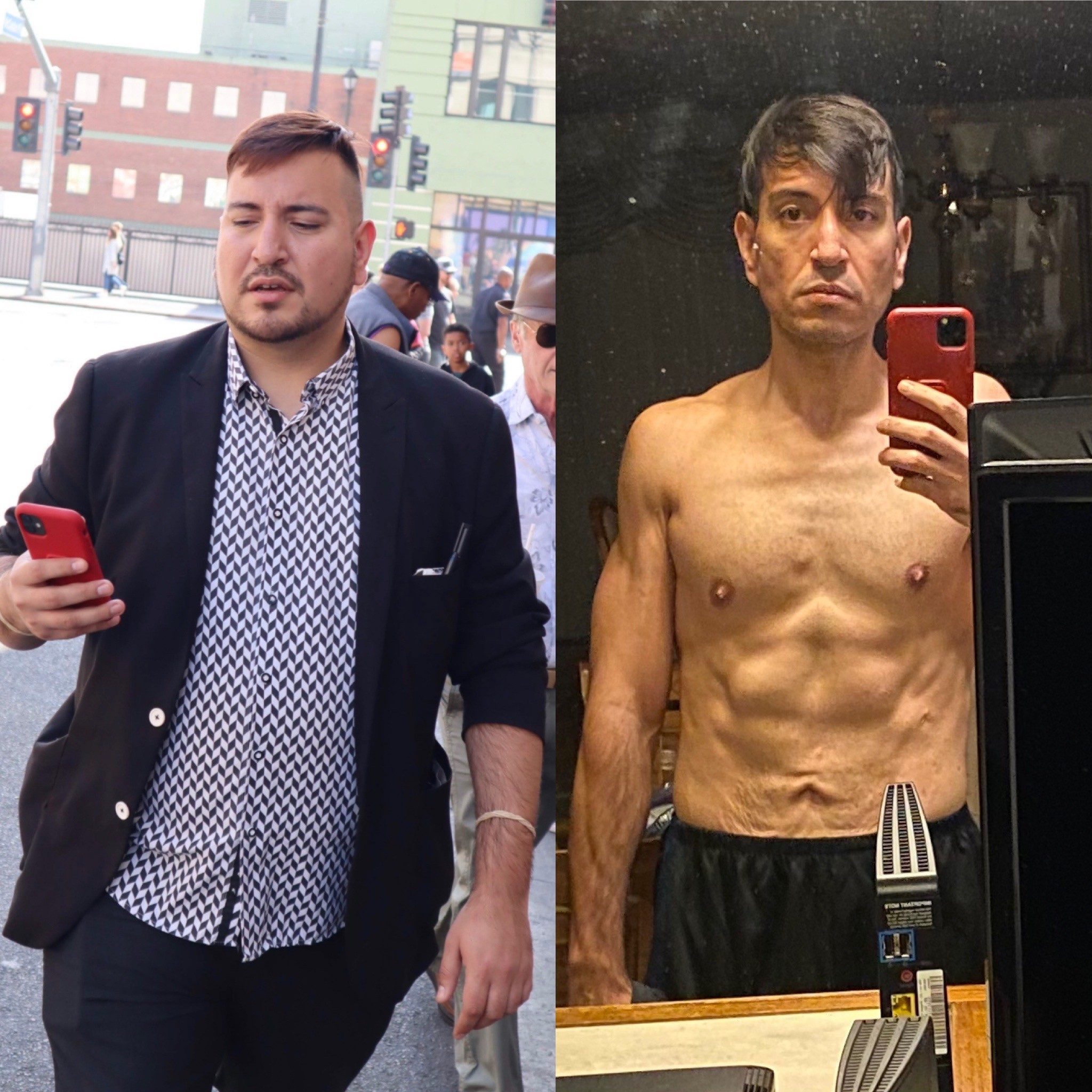 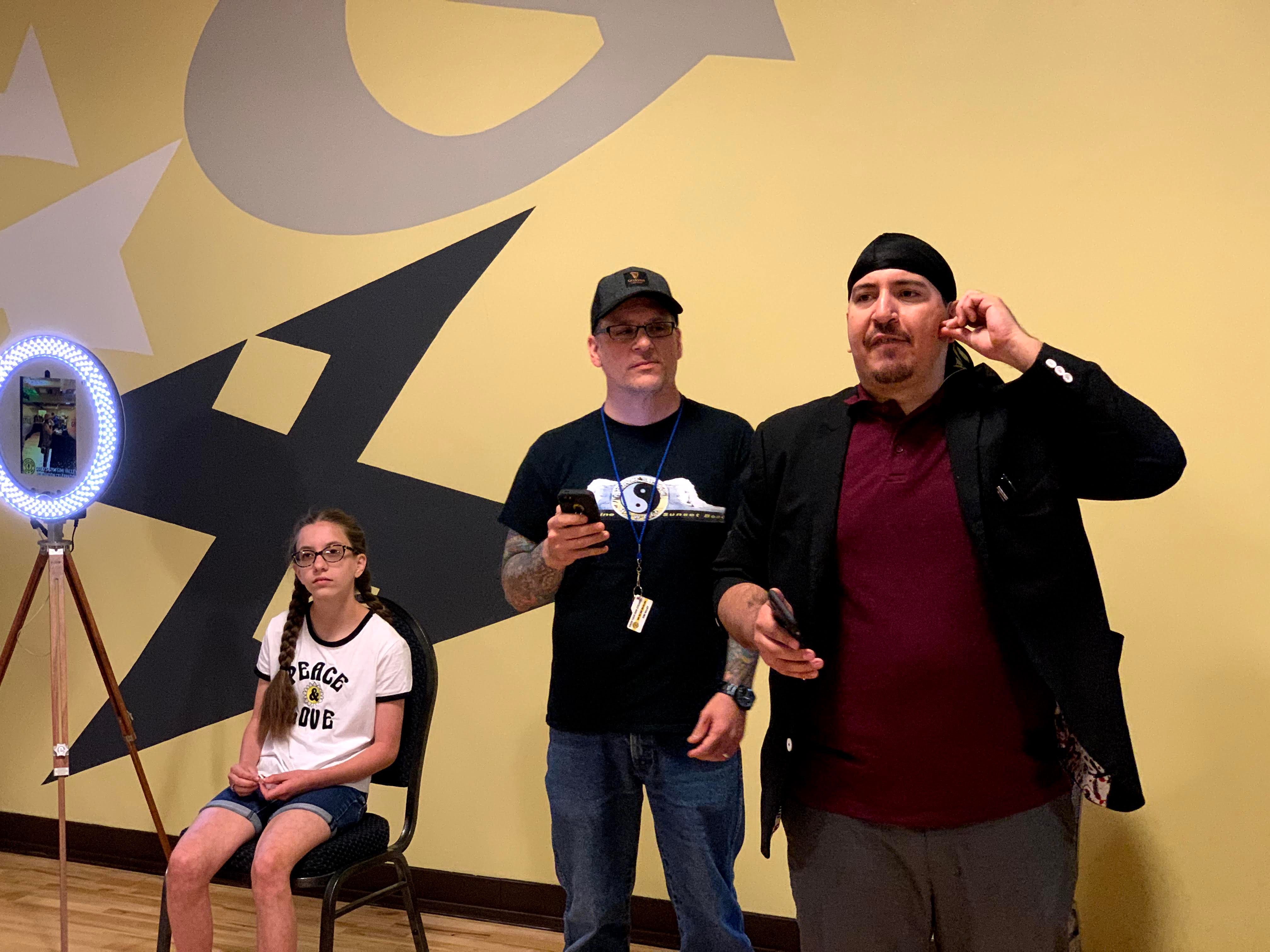 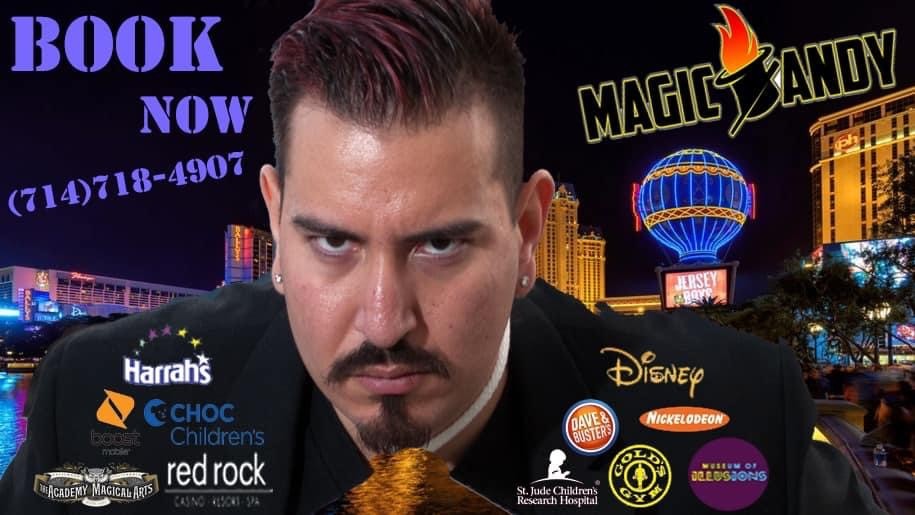 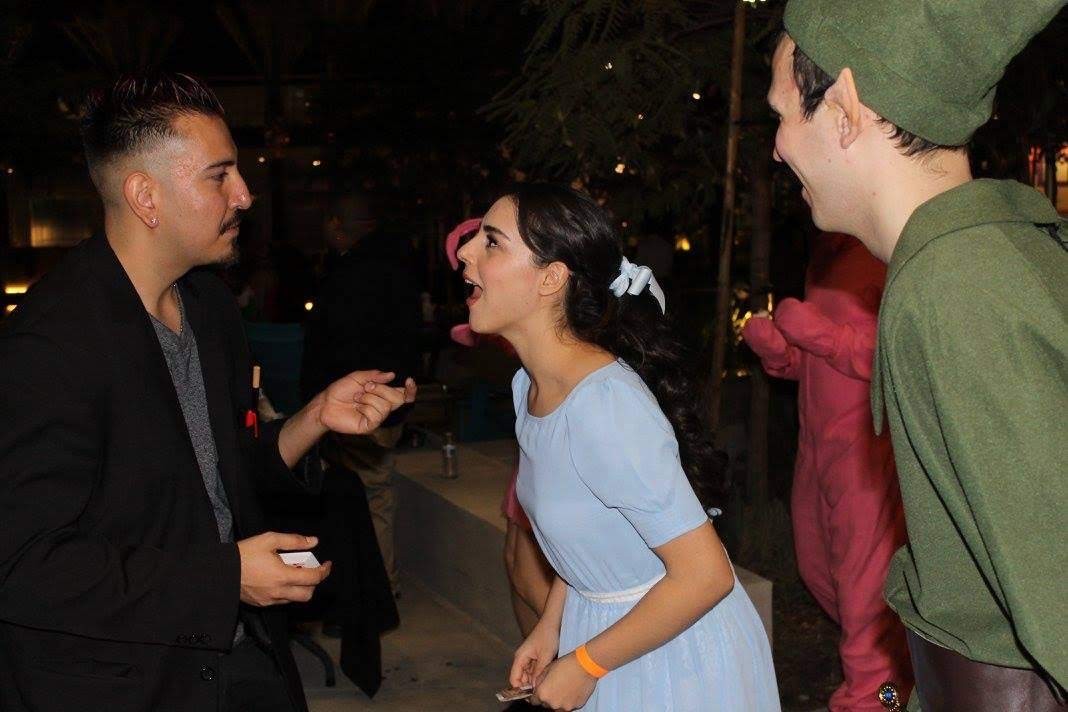 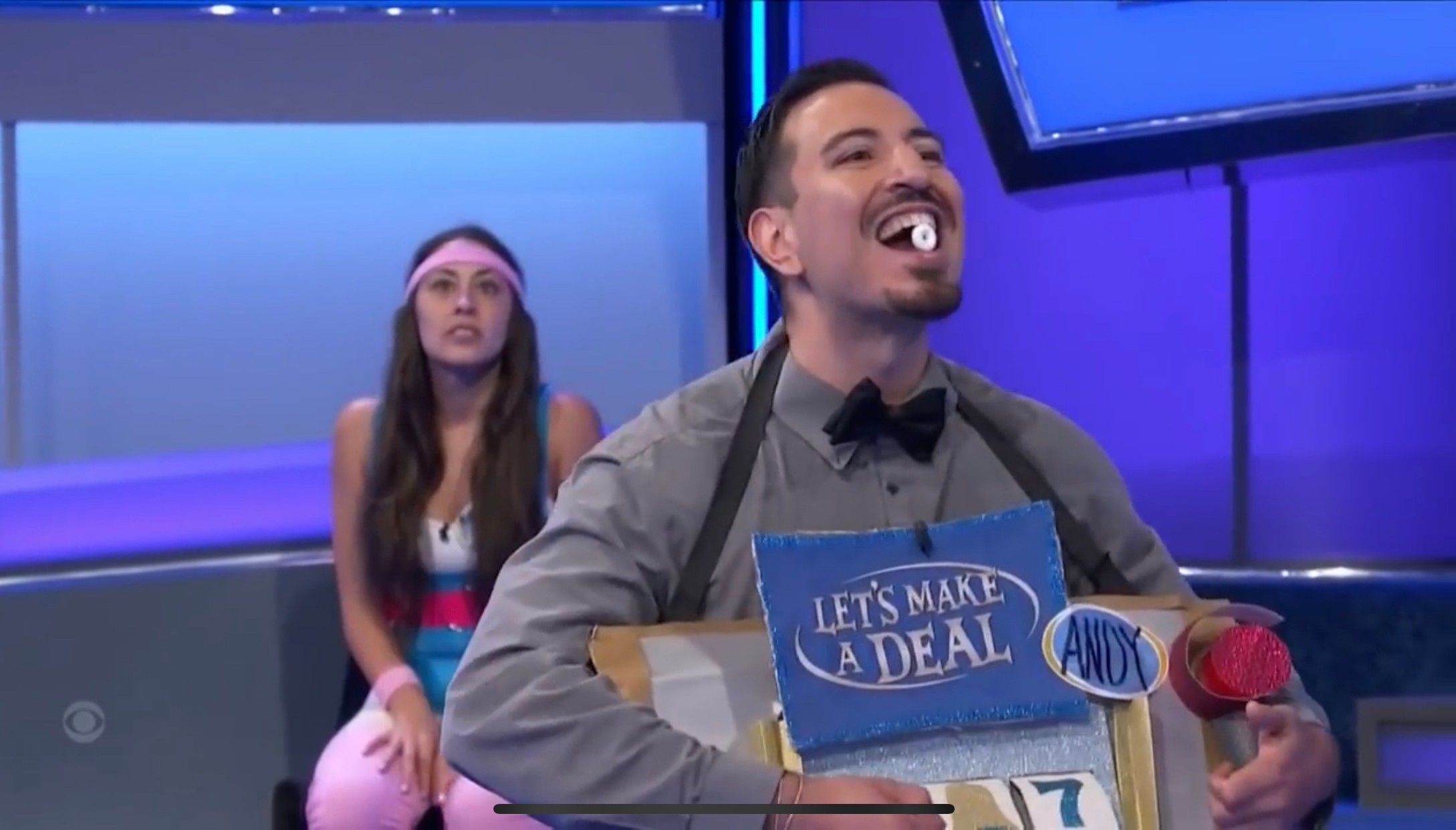