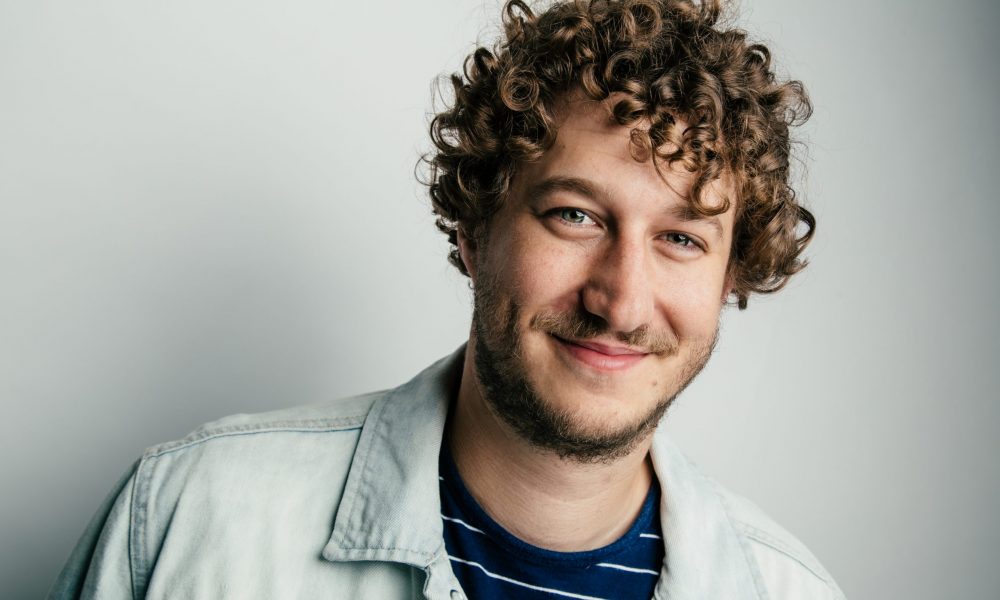 Today we’d like to introduce you to Andrew Delman.

Andrew, let’s start with your story. We’d love to hear how you got started and how the journey has been so far.
I was born and raised in Southern California and have always loved comedy and making people laugh. I started doing Improv Comedy, and some stand up comedy in High School, and then I just kept doing it. It was the only thing I truly loved, and I knew I wanted to do it from the day I realized I was funny. My parents said I had to go to college, so I decided to get a degree in Theater Arts from UC Irvine’s Clare Trevor School of the Arts. There I continued performing Improv and Sketch with The Live Nude People!

A lot of people at UCB and one of the head writers of SNL have all come through that team randomly. It was amazing and the best part of college for sure. After graduating, I moved to North Hollywood with some improv friends from college. We were living the dream of seven-eight dudes in a house all waiting tables by day and performing and filming sketches by night under as the sketch team Associates of Awesome. It was insane.

Meanwhile, we were becoming regulars at IO West, winning the longest consecutive sketch catch match wins in a row… finally having to retire. I continued studying and performing at UCB and Groundlings. While at performing at The Groundlings I fell in love with the funniest person alive and we got married! In 2016, I made my return to Stand Up comedy and have been focusing on that ever since.

I currently have my own monthly variety show at The Hollywood Improv called “Delman’s Definitely Not Star Search!” as well as a monthly stand up show at The Westside Comedy Theatre called, “Subtle Unicorn.” I am a regular on many shows including The Friends&Friends Crowdwork Show, Into the Void, and Vino Underground, as well as many others! That has pretty much caught you up to where I am today…

Besides live performance, you may have heard me voice one of the voices from the stop animation cartoon, The Most Popular Girls in School, where I do the voices of Shay Van Buren and Saison Marguerite… or you may have also seen me on House Of Lies on Showtime, Swedish Dicks on PopTV, or in commercials for Sprint, AT&T, Toyota, Microsoft, Pizza Hut and many other random things!

Also if you read the Los Angeles Times, my LA Affairs article was posted last Christmas about how I proposed to my wife in the worst way possible!

Overall, has it been relatively smooth? If not, what were some of the struggles along the way?
It has not been a super smooth road, but it hasn’t been too bad either. This industry is insanely up and down. One year you are killing it and have all the momentum in the world, the next year it’s like everything you ever did was for nothing… Then the next year you’re back on top! And you spend your years in variations of this loop. It’s definitely been a wild ride and hasn’t been as easy as you dream, but I couldn’t imagine myself doing anything else.

The key is to not fall into comparing yourself to others, I fall into this trap sometimes. I’ll ask why did they choose that person? Or How did this get made? Or why is this person working so much? And my wife will have to remind me that I keep comparing myself to people who are not comparable to me. Like Asian Women or even children, it’s like what am I doing? Just focus and keep moving forward.

There is no one way to do it or one time, just be sure to always be doing. Create! Just do it, put yourself out there no matter how scary it is! I know it’s hard and I know LA is just a bunch of people auditioning all of the time. Just keep going and remember the good things. I have a friend who didn’t start doing stand up until he was 44. He is now a regular everywhere and was just on Conan.

So even though I didn’t sell that last show, that means I’m one step closer to selling the next one. You gotta go up to bat a lot to actually hit something out of the park…

We’d love to hear more about what you do.
Actor, Writer, Comedian.

Any shoutouts? Who else deserves credit in this story – who has played a meaningful role?
I have had a lot of people to thank. My parents have always been supportive. More nervous from time to time, but always supportive. My wife, Lee Newton is very supportive. She is the funniest person in the world, and her mind is magic. She can find the funny in anything. She has really helped me grow as a comedian and a performer.

I have to thank Comedy Sportz for giving us a platform in high school to perform. Thanks to IO, UCB, and Groundlings for all of the training and stage time helping me to find my voice. Big thanks to my best friends in life and comedy Mike Falzone and Elliott Morgan. Also, thanks to Jesus Trejo who was the first to let me feature for him and has given me more wisdom than I deserve.

Also, thank you to Jamie Flam and Paige Schaeffer for helping me develop my show and making me a part of the comedy community… I’m sure there are a lot more things I am missing… Thank you to my fans! Whoever you are! 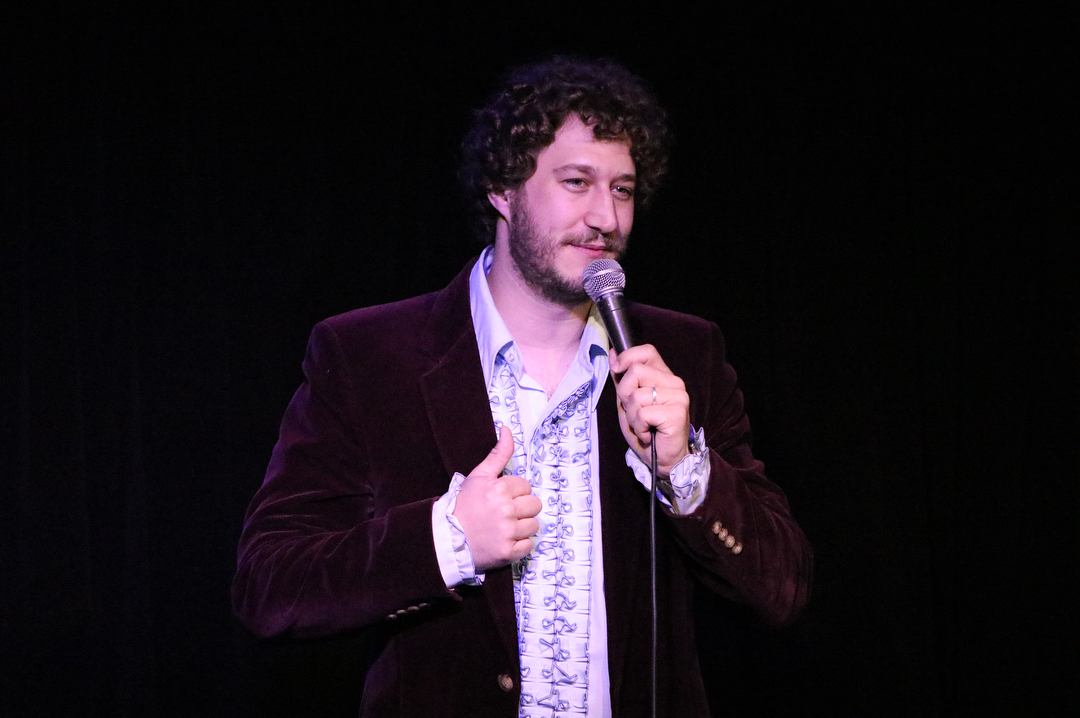 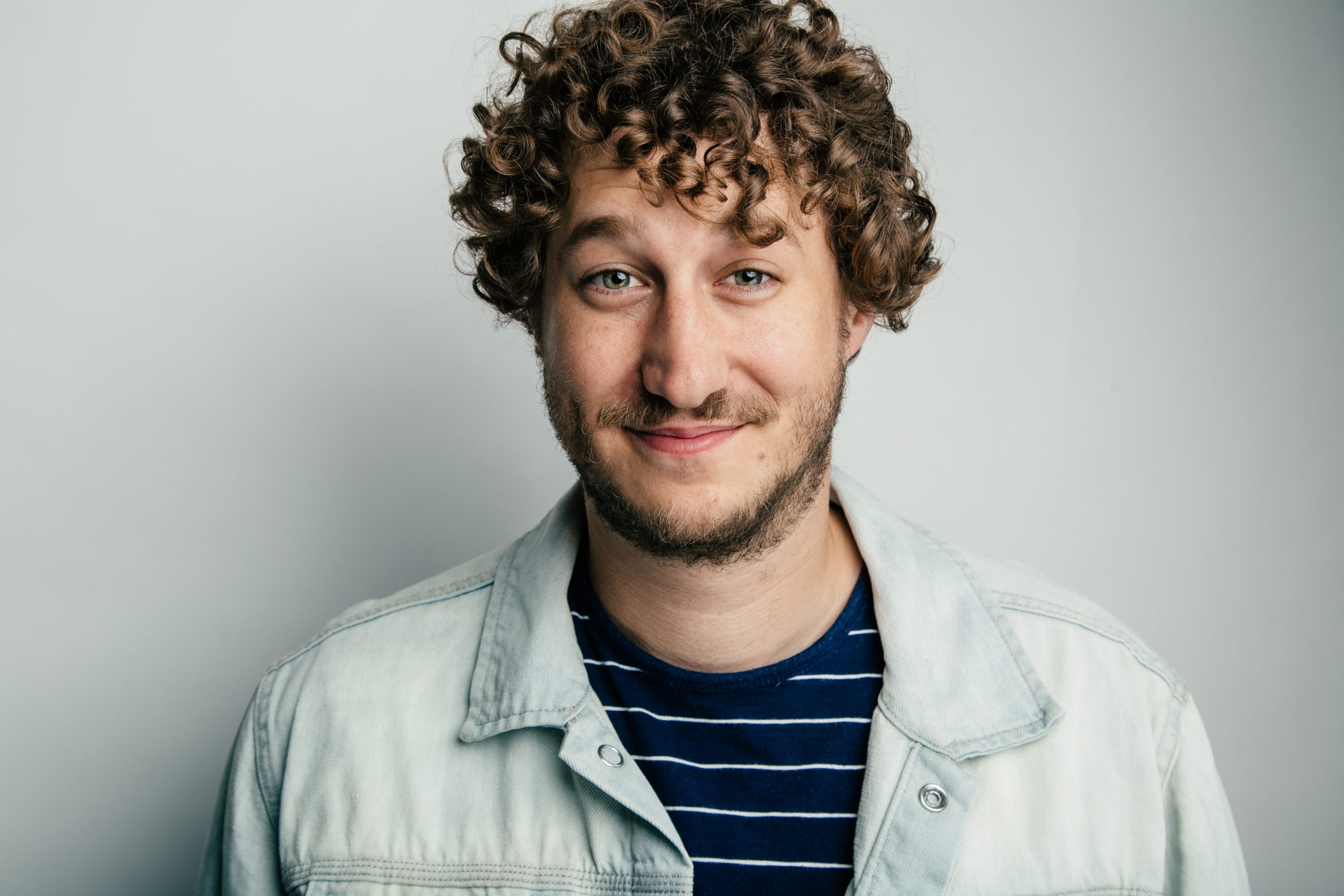 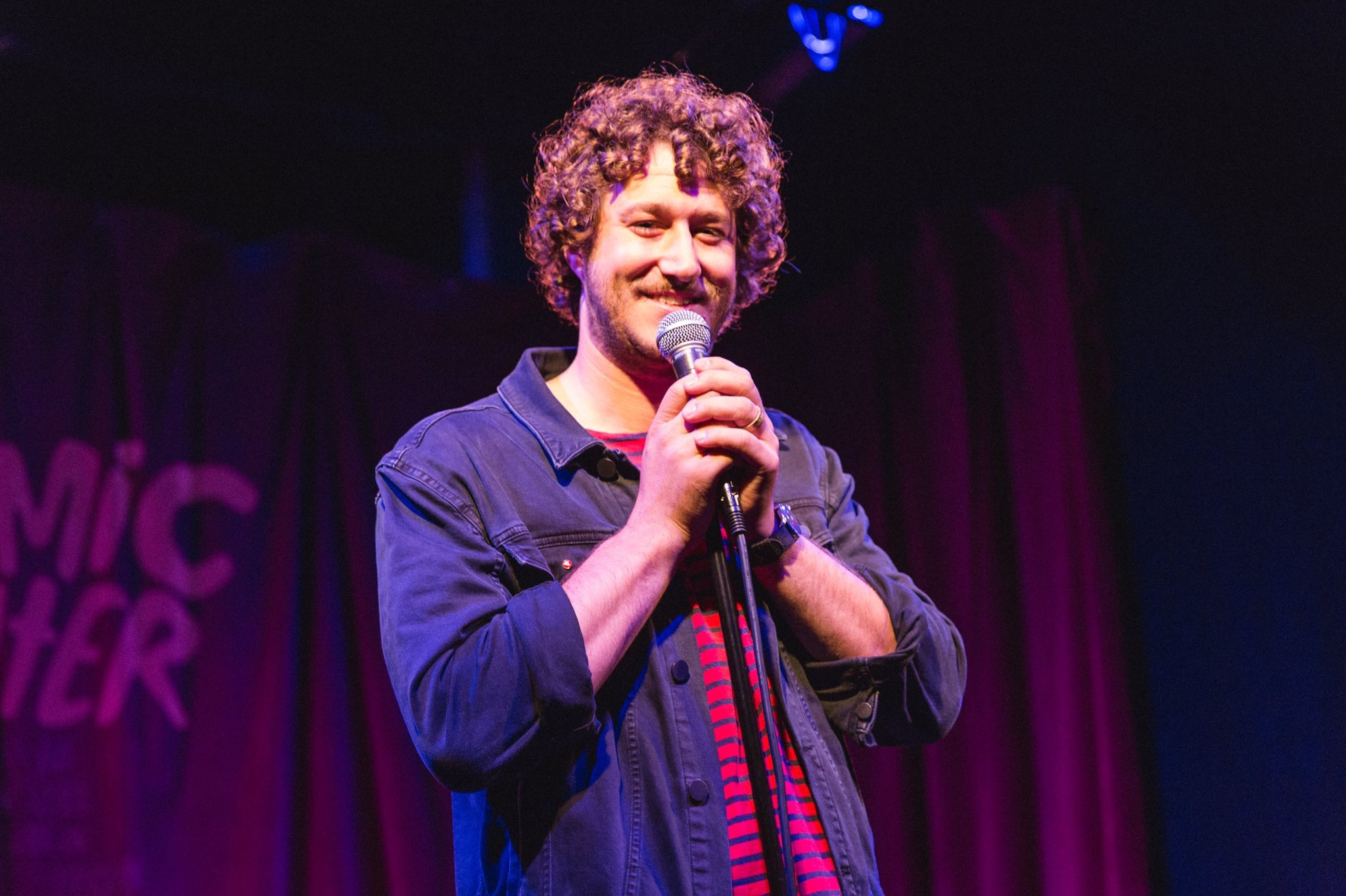 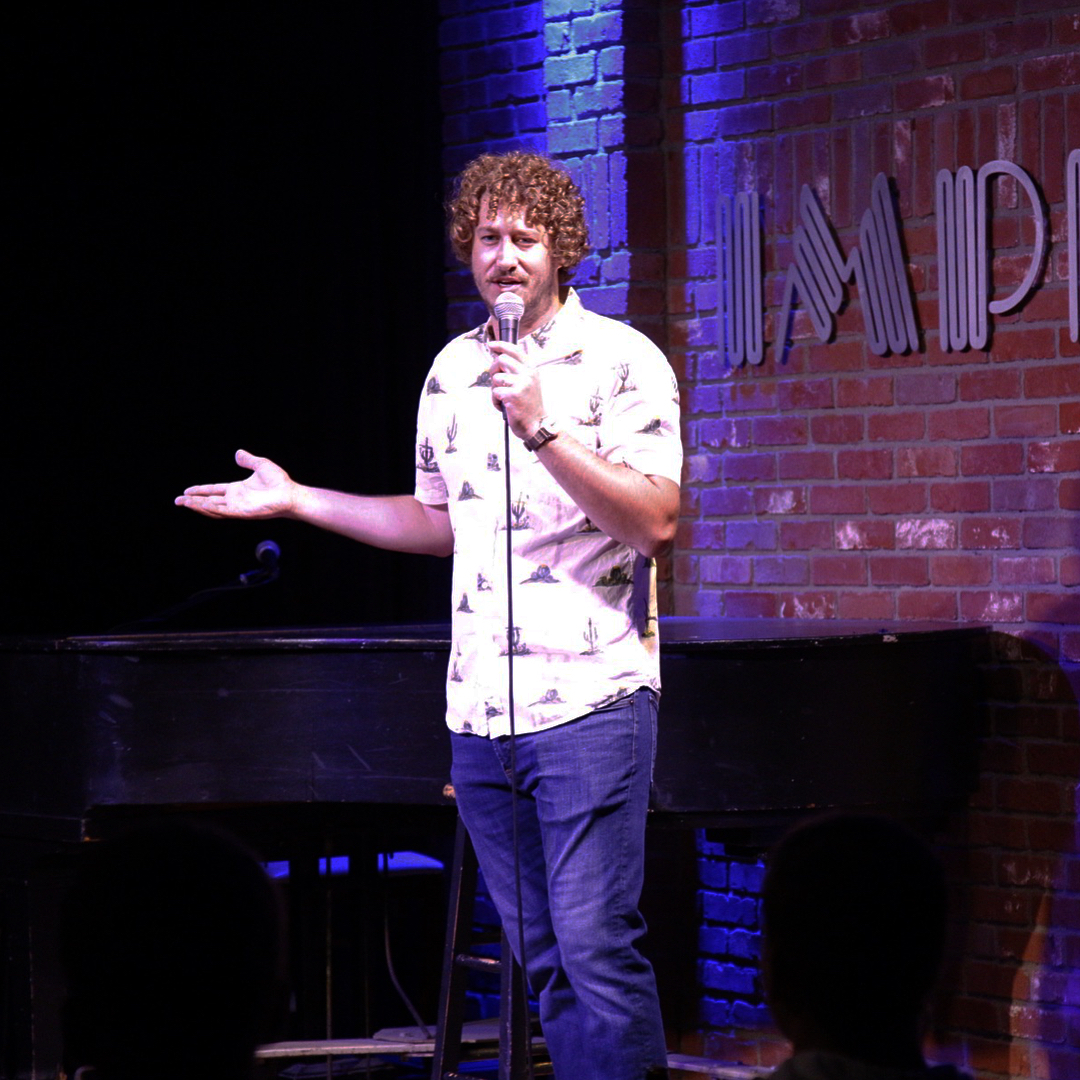 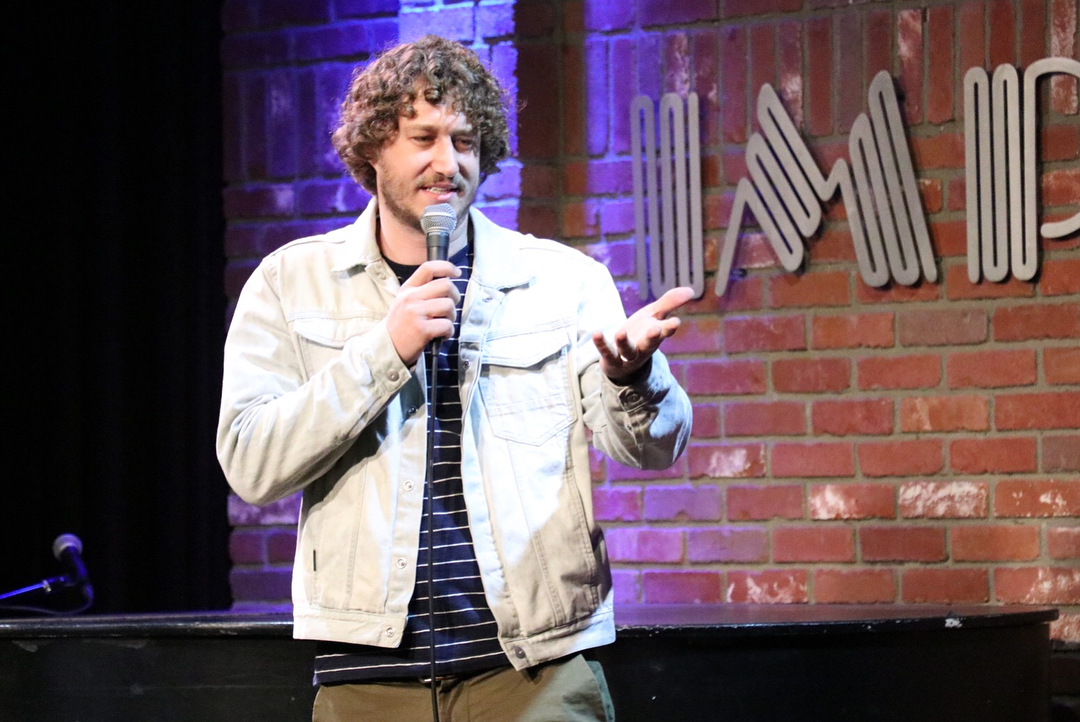