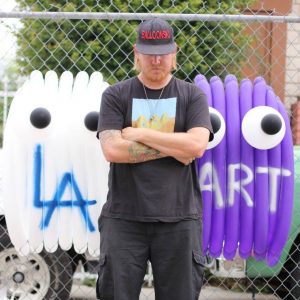 Today we’d like to introduce you to Andrew “Balloonski” Mika.

So, before we jump into specific questions, why don’t you give us some details about you and your story.
I started working for a balloon company in FL which I quickly realized was a pyramid scheme, so I started my own balloon art company in Miami which focused on events and bigger installs. But to get to where I wanted to go I had to pass out my cards, so I did years of street performance and restaurant work to get to the point where I was making balloon art for parties every weekend.

One year in 2013 for Art Basel Miami (international art show) I put a giant pair of hands holding a marionette on a building in Wynwood. Even though it only lasted the night it was a hit in that David Arquette posted a photo with it on twitter! After that, I realized street installs were really special in that no one could stop me from doing what I wanted to do and anyone could interact with it. So I started to hit the streets.

Once I moved to Los Angeles in 2015 I started taking my “Wynwood formula” of installing anywhere and everywhere to create the most positive impact on people’s lives. Even though the life of street balloons is very short its such a joy to run into one that I wanted everyone to experience this. To further that agenda, I started collaborating with many of the artists I had befriended since moving to LA including @SaraSandovalArt @PezBarcelona @BerkVisual @DirtCobain and most recently @LamourSupreme @woes @JasonNaylor and @Goopmassta.

Since then I’ve been running around the country to different events and festivals spreading the balloonski love! I’ve done all kinds of cool events since moving to LA like; a Coachella stage setup with The Frights, 3 different setups for Television shows, Kate Uptons Bday in the hills, AstroWorld (Houston), Illectric River (Austin) and POW WOW Art Festivals in Long Beach, Seoul Korea, Worcester Massachusetts and soon ill be in Okinawa Japan for another!

I’ve also been able to show and sell in galleries with my “Forever Balloons” which are treated with a special substance that helps them last forever..but thats a whole other story.

Has it been a smooth road?
The art world is tough, so I’ve had to prove myself at every turn. Alot of folks don’t recognize what I’m doing as art because they’re stuck inside the box. Maybe because of the impermanence but I ask you, do you think that Buddhist Mandalas are any less of ant art because they immediately destroy them? Truthfully I’ve had many more obstacles but I tend to focus on the positive and just keep moving forward to brighter friends and better opportunities.

And just for the record I use Fully Biodegradable 100% latex balloons with NO PLASTICS! I also rarely use helium.

We’d love to hear more about your business.
Balloonski is all about changing this world for the better. I’m known for shocking people into the moment using balloon art in many different forms including galleries, events, live performance and street art. I’m most proud of the effect that I have on everyone thats paying attention because you can’t help but stop and say wow. What sets Balloonski apart is the ability to access different entertainment areas including TV, Music and different large scale Festivals to reach a wider audience..but the foundation will always be that feeling of surprise when seeing a random Balloonski on a fence anywhere in the world and possibly near you.

Is our city a good place to do what you do?
Los Angeles is a great place to start any kind of entertainment business. Though it may be difficult to “breakthrough” because of so much entertainment everywhere around you, the best always rises to the top. I do think that the “cool factor” is high here so some of yall need to stop taking yourselves so serious. But I believe its improving everyday due to the recent influx of artists moving to town and killing it in their own ways. 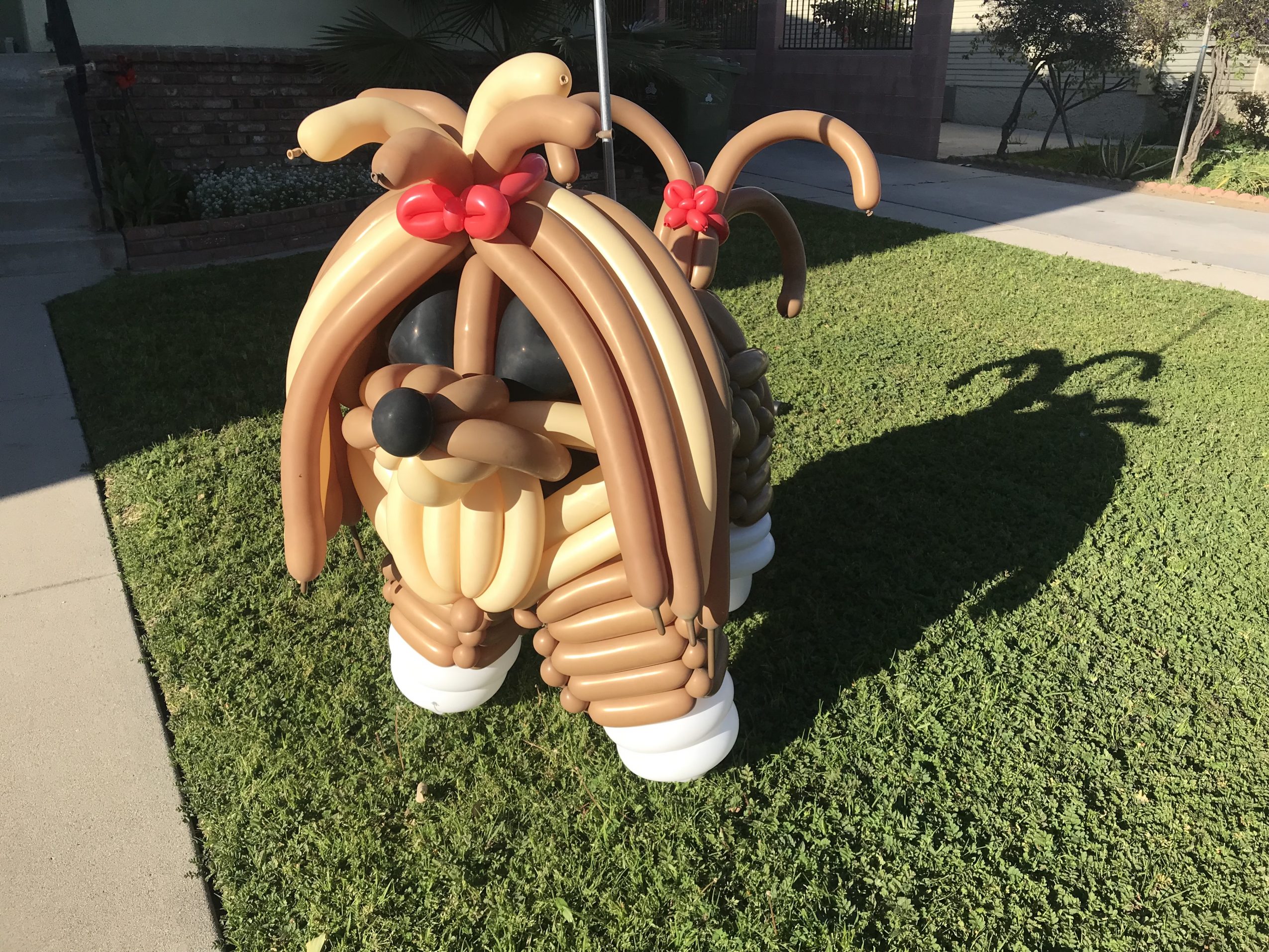 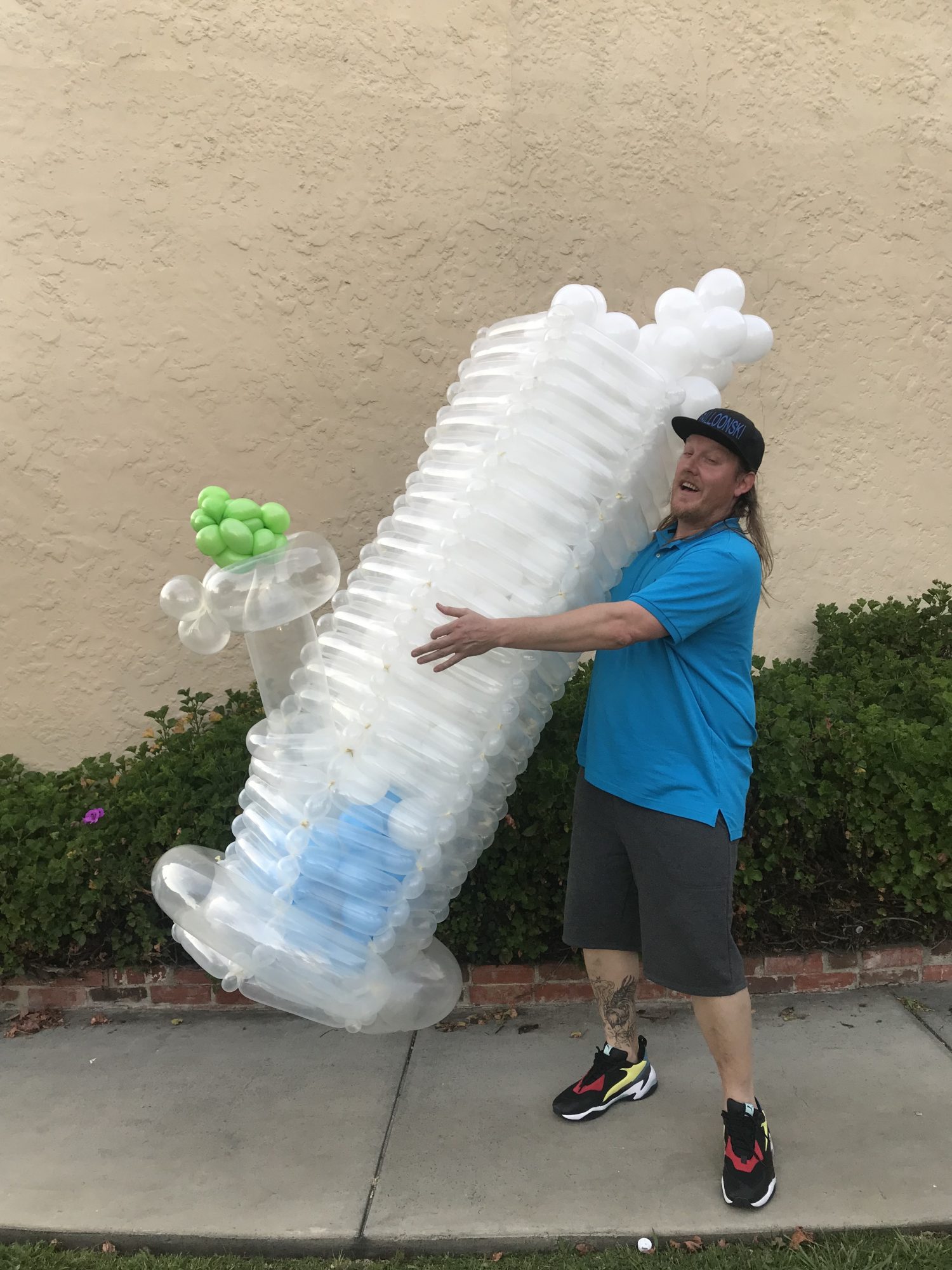 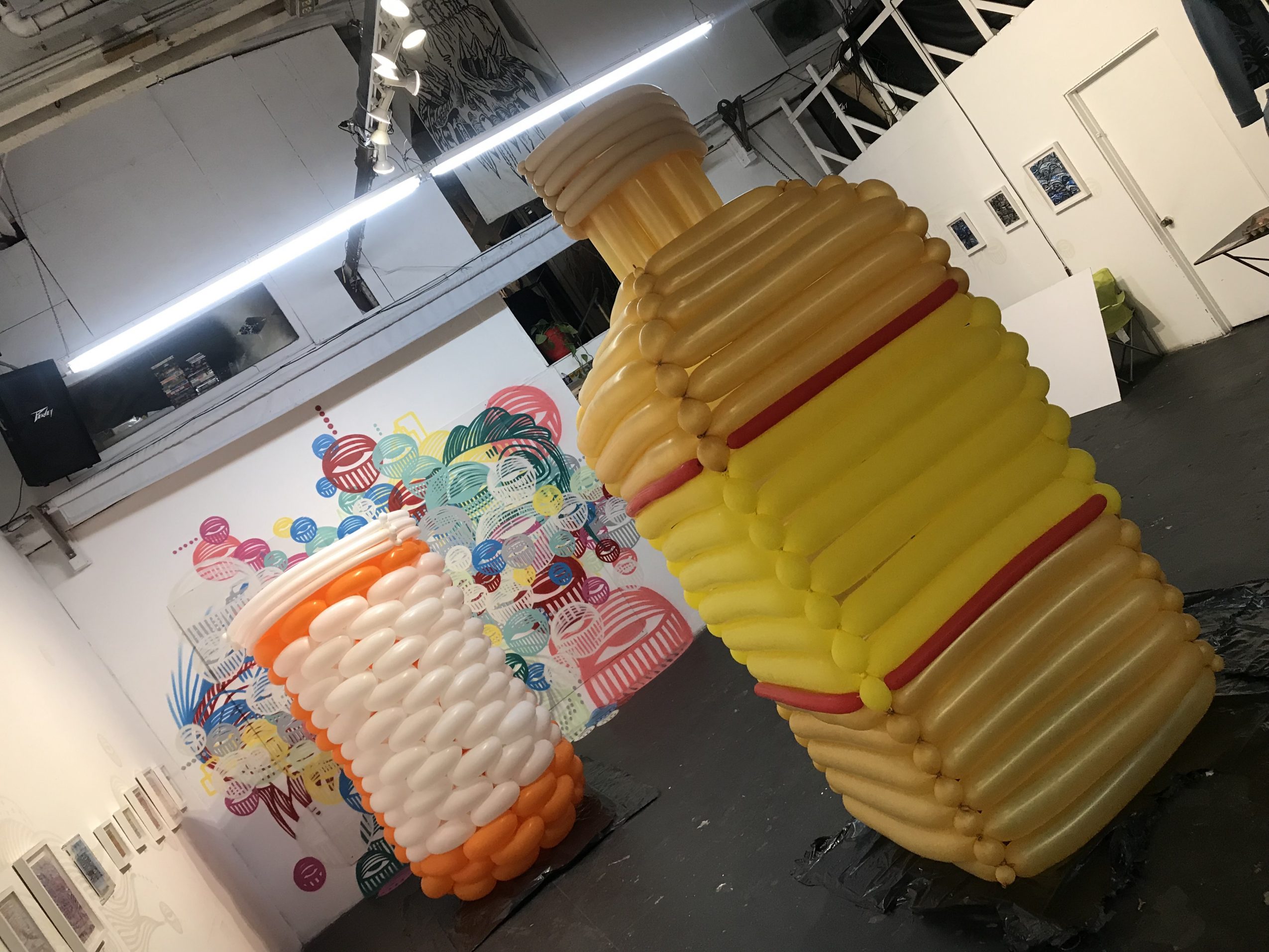 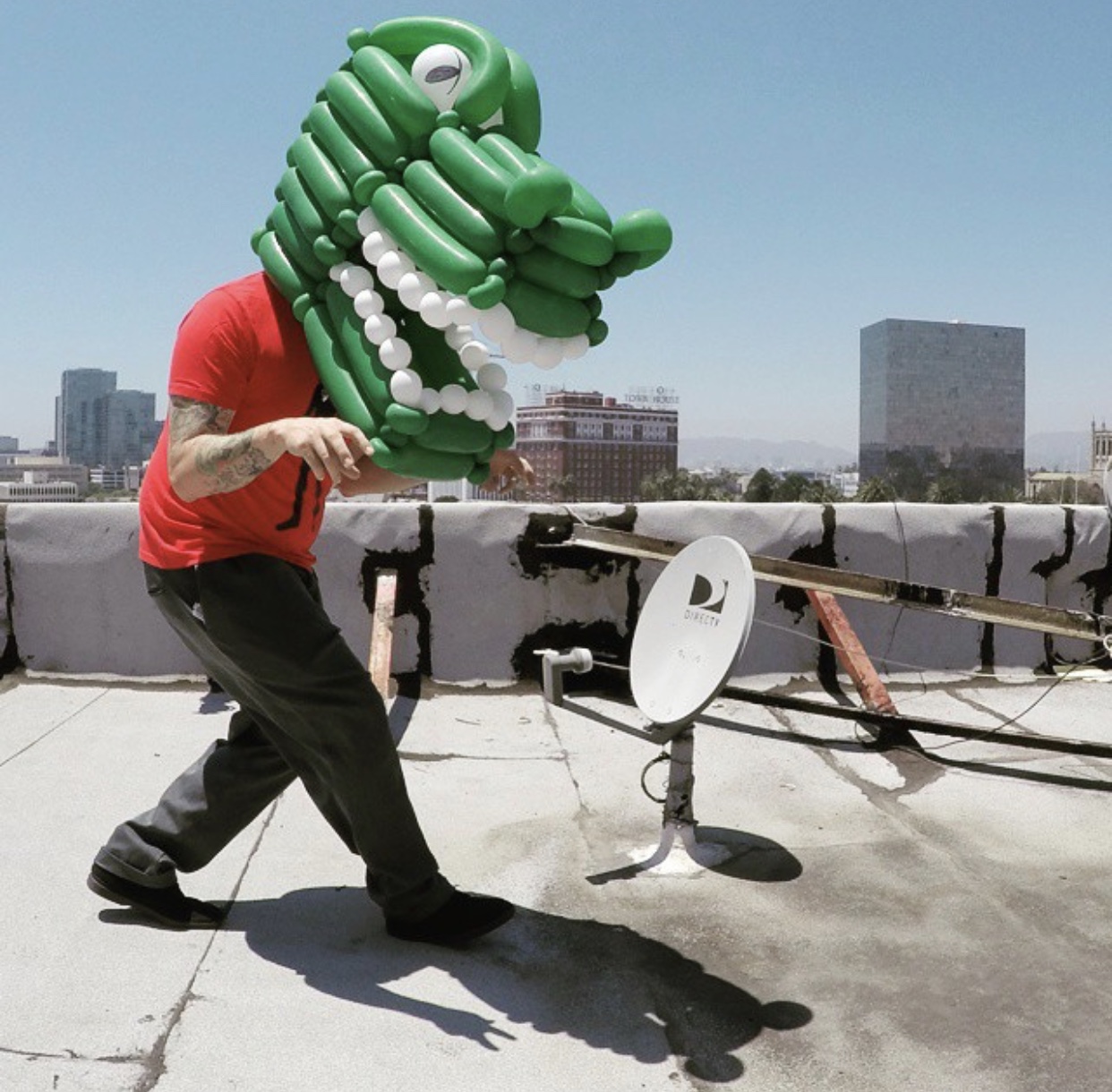 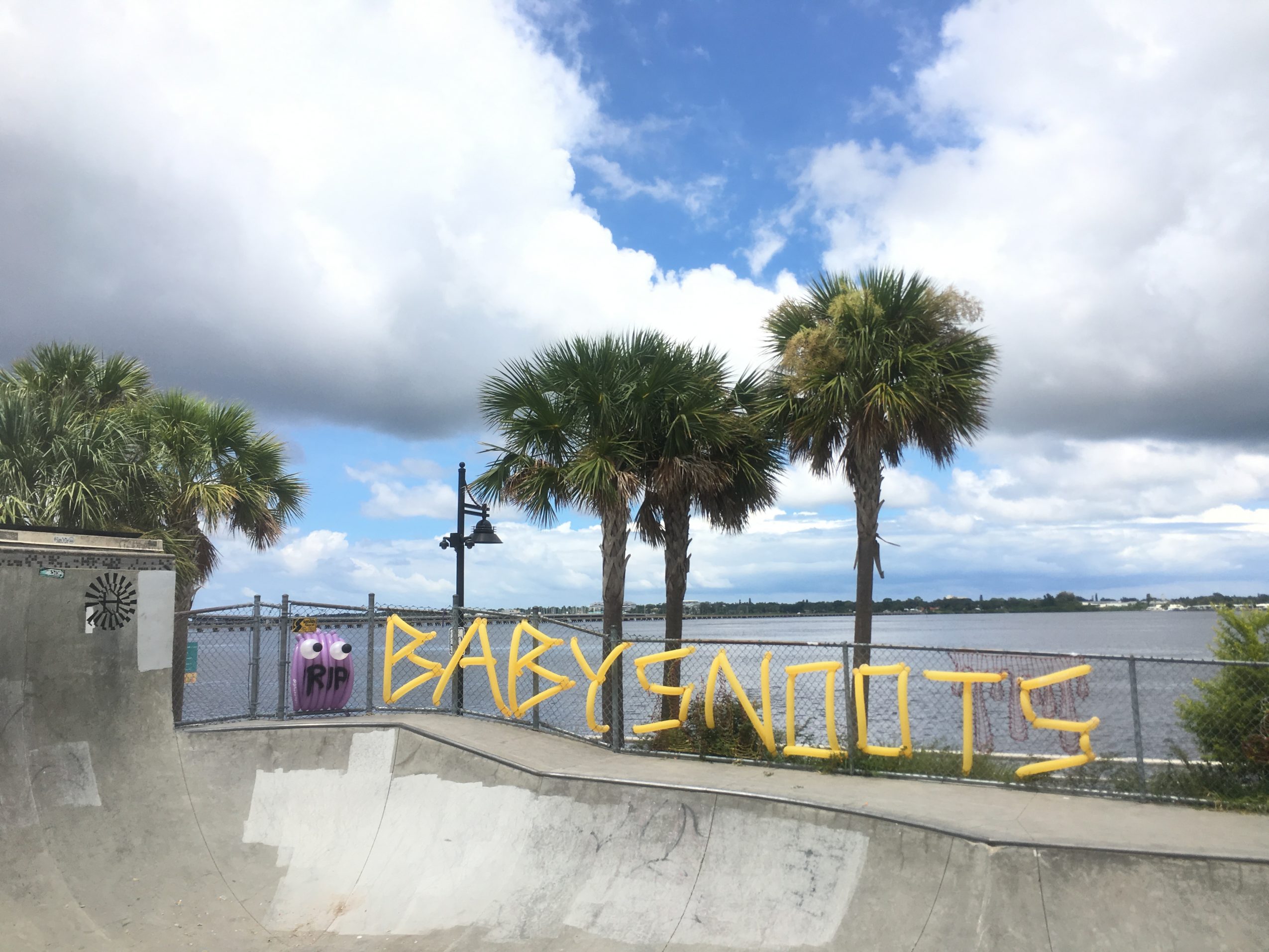 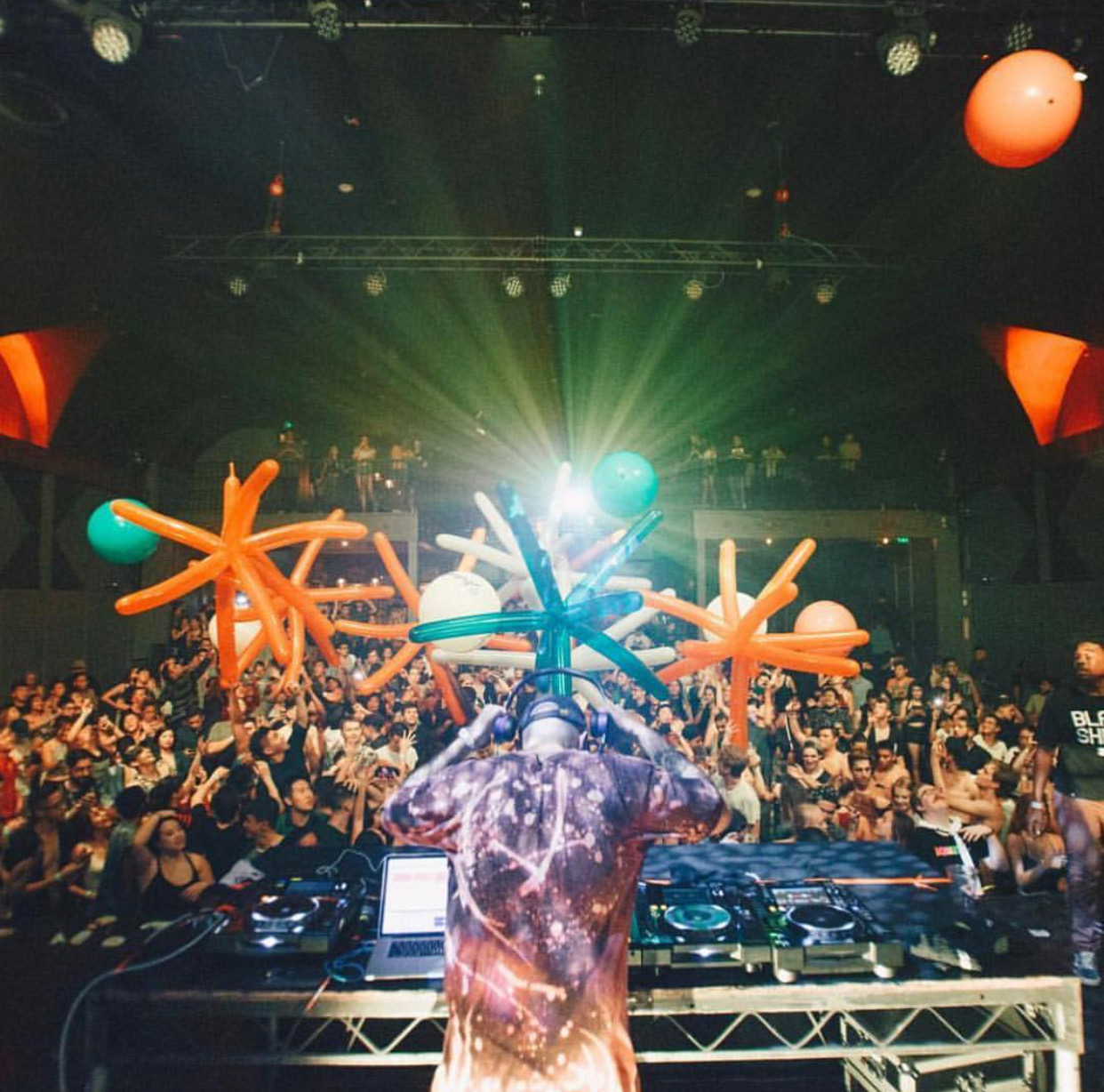 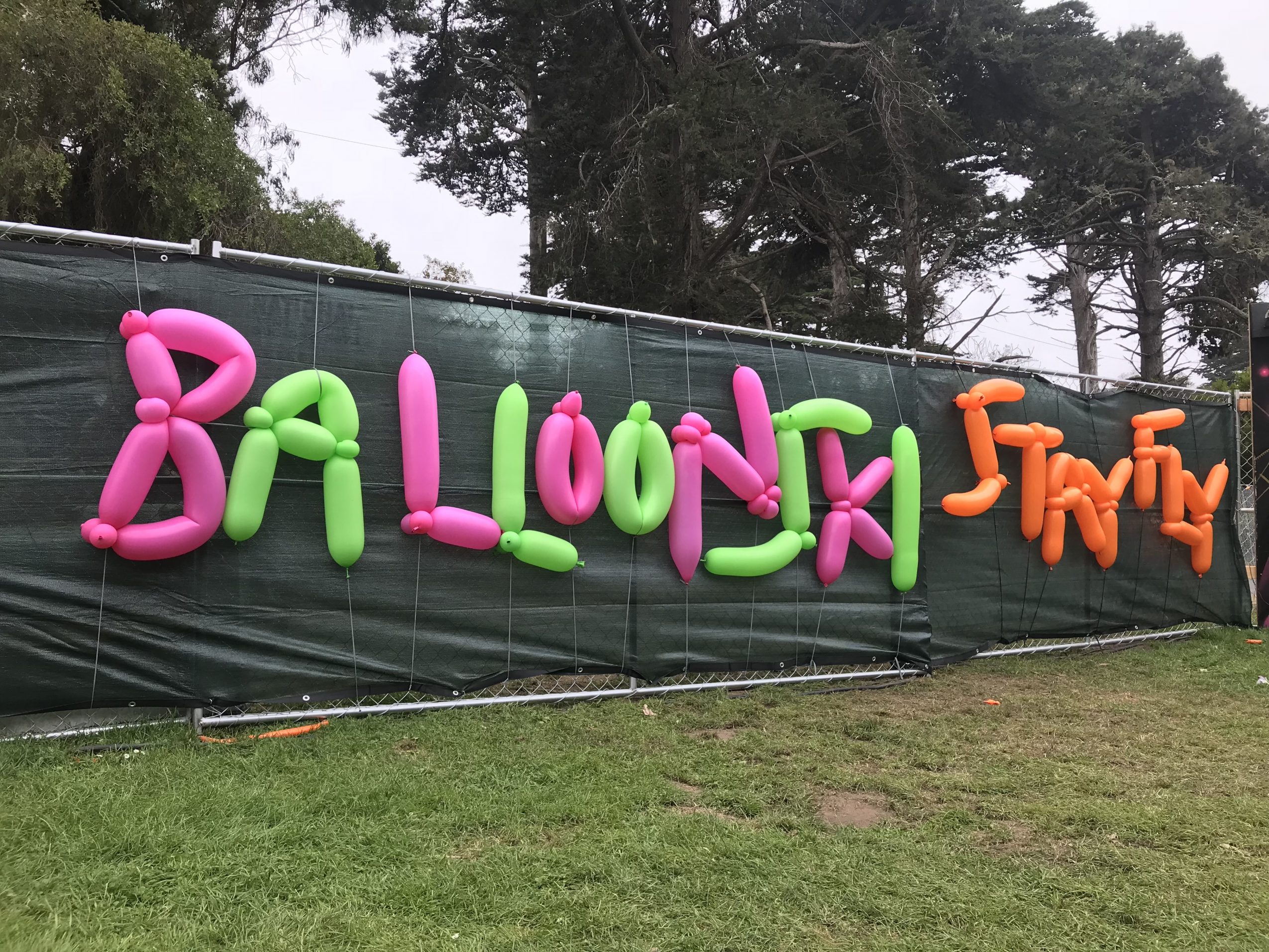 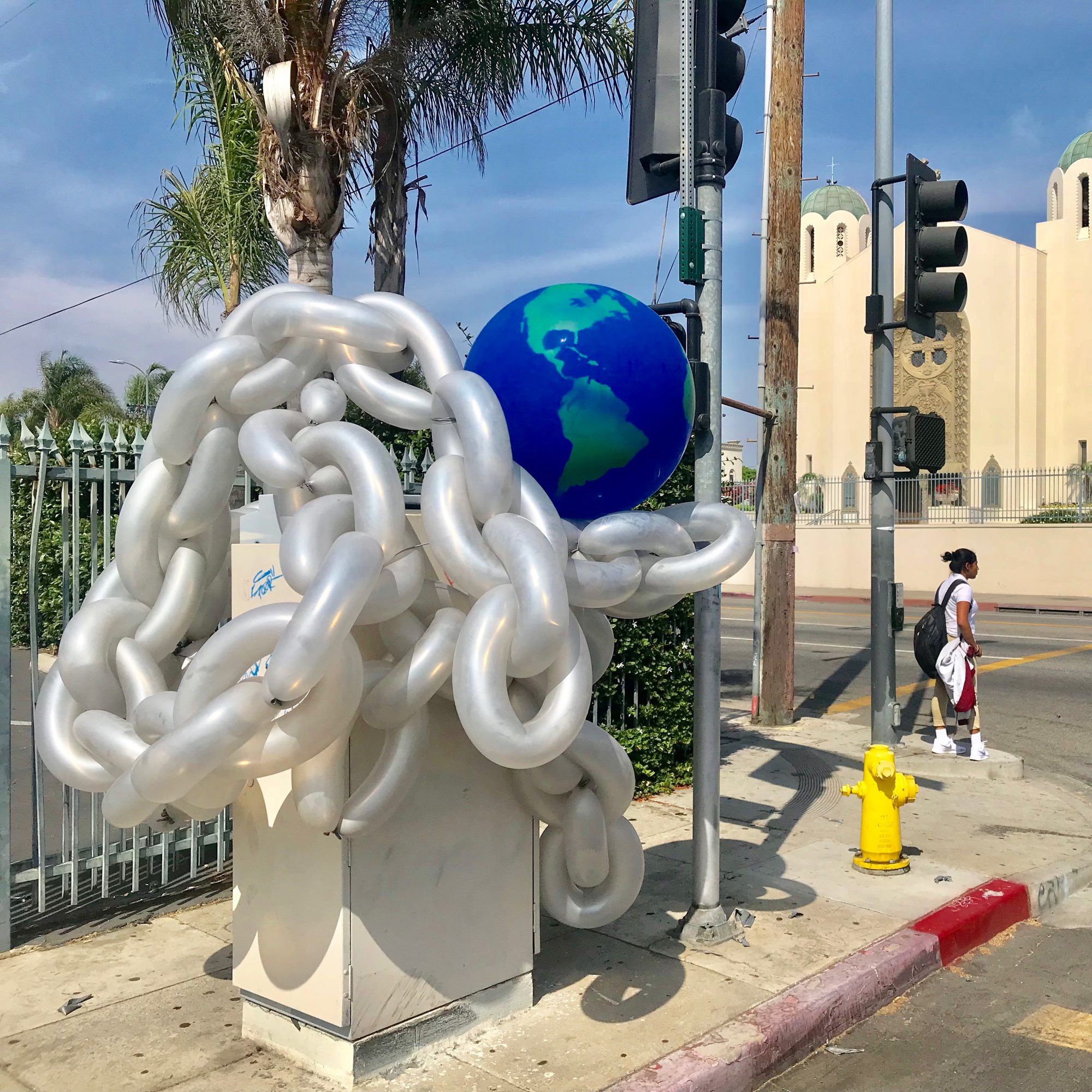