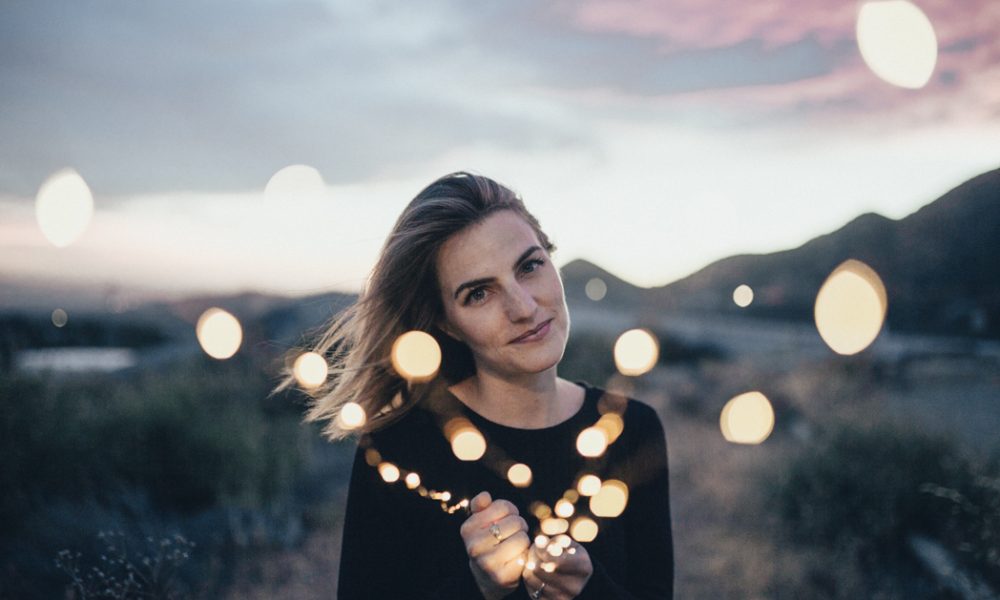 Today we’d like to introduce you to Andrea Hamilton.

Andrea, let’s start with your story. We’d love to hear how you got started and how the journey has been so far.
I would say my music career began at age 16. I went to high school in a suburb of Kansas City and got asked to join a gospel band, which I started songwriting and booking for. Shortly after that, all started I was listed in Gospel Music Association’s Top 20 New Writers.

I look back with such gratitude that our band got the experience and opportunities that we did: performing, writing, recording, collaborating – I’m in awe that all of this opened up to me before I even decided what I was supposed to do with my life.

I moved from Kansas City to LA at age 18, along with a co-writer of mine, to pursue our music dream. I ended up living in Azusa and attending college there, and went solo at 20. I wrote and tracked my first album during a trip back home, and spent my college career trying to gig as a singer/songwriter and sell CDs (this was 2007!).

When I graduated, I got invited to perform at the National Association for College Activities and became one of the most booked musicians on the west coast. I’m so incredibly thankful for this because it provided a way to not get a “day job” out of college, to get better at performing, and see which songs of mine resonated with other young people.

This lasted a year and a half, but when the financial crises hit it became harder for me to get booked at some of these colleges. But, around that time, an international booking agent reached out to me to see if I’d like play residencies in hotel bars across different parts of Asia. The only Asian country I’d been to was Singapore for some arts festivals – but it sounded fun! So, I flew to Japan in 2009 to perform (and live) at a Hyatt with a see through piano in the middle of a pond in their ground-floor restaurant.

Later that same year, I went to Vietnam for a similar gig, but the booking agent began delaying my payments and later just stopped paying me altogether. I also wasn’t feeling well and had gotten an email that a lab I’d had done between travels came up positive for Celiac disease.

So, I flew back to the LA, just in time to get even sicker. I canceled an upcoming festival in New Zealand and flew to Kansas City instead. In a short time, my parents and I were concerned about my survival – strange autoimmune symptoms were happening left and right, and the doctors we were visiting weren’t finding the source. I spent seven months there struggling to hold on to my health – not able to sing or really even play the piano because of the myriad of symptoms and random pains.

After this, I moved back to LA (I lived in the valley by now, in a house full of musicians with a studio in the back) and slowly tried to gain some normalcy back to my now more limited life. Traveling internationally was less practical – especially after getting intolerant to most foods – but as my voice recovered, I started getting asked to sing worship music at local churches. And, some up and coming artists were reaching out to co-write, so I decided to be grateful for these different opportunities and do my best with them.

I’ve more recovered every year and fallen in love with co-writing and producing. I remember when I learned that only around 2% of music producers were female; it made me want to pursue it even more ha! It’s been incredibly fun creating and collaborating with so many beautiful, loving, talented people over this last decade.

Since I moved back to LA, my music has been featured in The Bachelor, Extreme Home Makeover, Bachelor in Paradise, The Bachelorette, Temptation Island, CW’s Katy Keen, Love Island, Preachers of LA, Too Young to Marry, Mystery Millionaire, Ex and the Why, and a bunch of other shows and indie films. I also got to co-write the theme song for TLC’s My Giant Life.

Randomly, my cover of Bastille and Marshmello’s song Happier, in collaboration with German producer Koni, has 3.7 million streams and climbing.

And even though I don’t travel as much – although when I got married we made it a point to finally make it to New Zealand!, I got to sing at the Dolby Theatre Hollywood, Hotel Cafe, Hollywood and Highland, Starlight Theatre KC, and lots of cool venues like that.

But my favorite gigs are usually when I perform in conjunction with charities and non-profits including AIDS foundation Pasadena and Project AK-47. I guess I’m kind of more of a musical philanthropist now; I want my life and talents to help people find hope and healing like I have. I keep busy sharing my own recovery story and write a lot of songs about living life to the fullest.

Great, so let’s dig a little deeper into the story – has it been an easy path overall and if not, what were the challenges you’ve had to overcome?
Well, obviously being a chronic illness patient throws a wrench in one’s productivity sometimes. BUT if you let it, it can make you a more empathetic, patient, caring, strong person.

I guess sexism has been a potential obstacle sometimes – I tend to not tell licensing companies that I produced and mixed the songs I send in until AFTER they get placed ha 🙂 And I’ve certainly been excluded and underestimated before. I try to call it out, or just not work with people like that, because thankfully there are plenty of incredible artists in southern California 🙂

And then just all the regular parts of being in an inundated, subjective, poorly-paying line of work, where your brand is yourself and public attention is fleeting! Ha 🙂 I honestly am so glad I went into music. I feel built to create, even if I never become a millionaire off of it.

Can you give our readers some background on your music?
I’m primarily a songwriter with other artists and licensing in TV/film. I specialize in writing gospel, Christian pop, and worship, but also love writing indie pop and folk.

My solo stuff is under my name “Andrea Hamilton” and then I recently also started a worship band called “Binley.”

I also produce my production specialty being vocals and toplines for pop, EMD and dance collabs.

Is there a characteristic or quality that you feel is essential to success?
Adaptability. I love learning and going with the flow of the music market. Which is good because it’s changed a lot since 2006 lol. 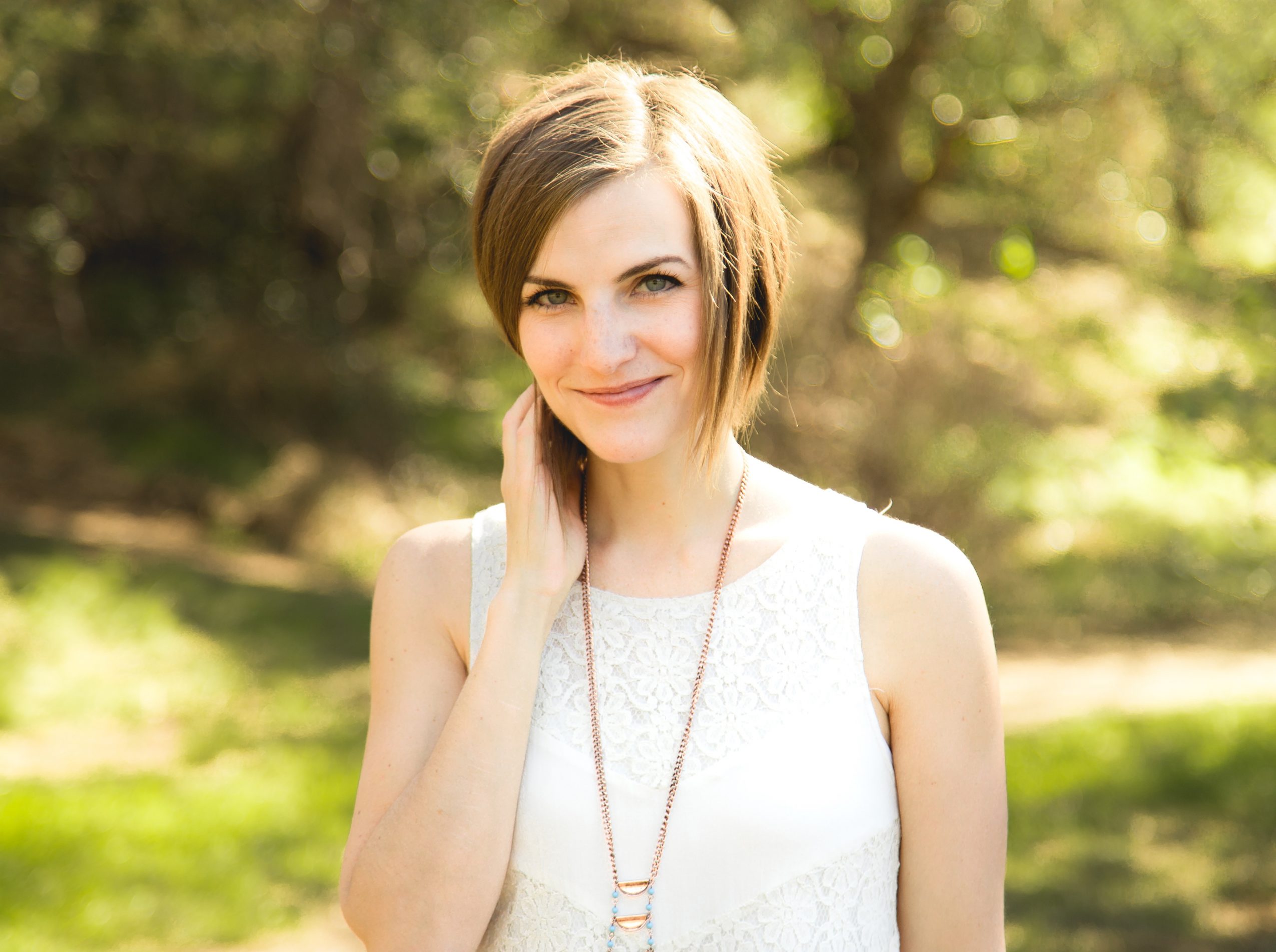 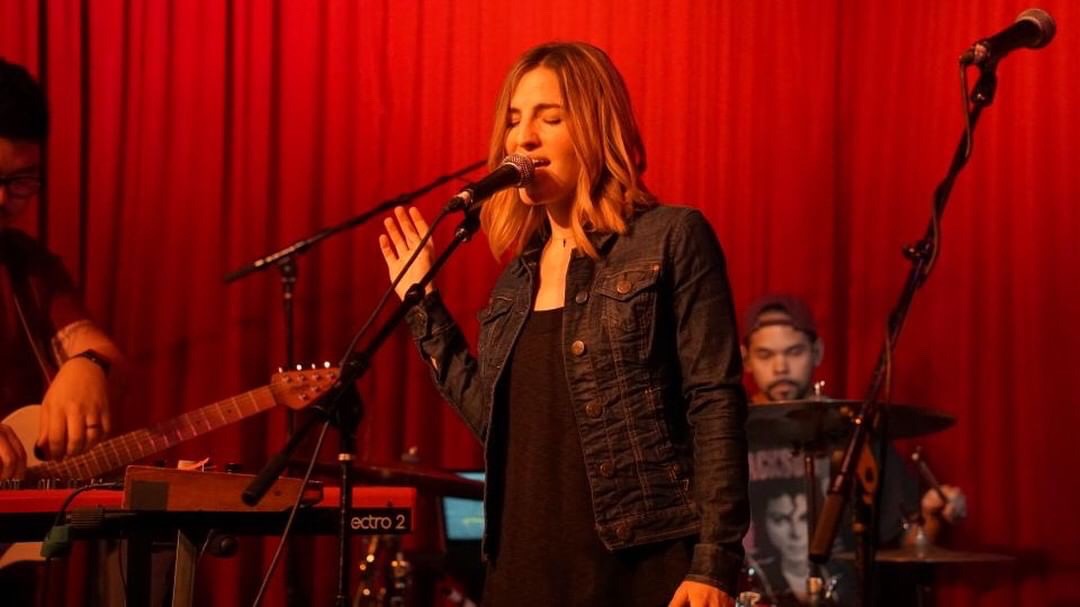 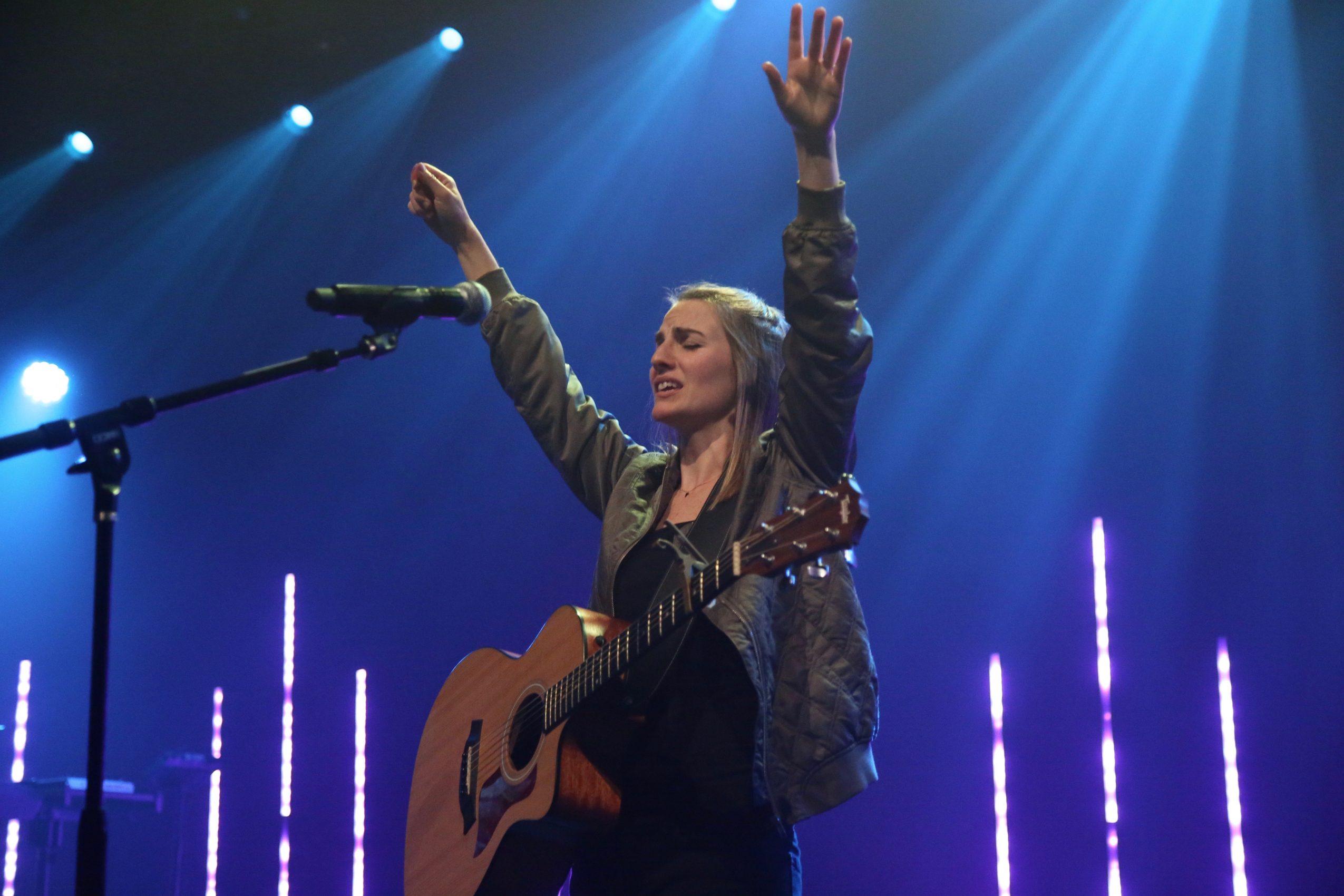 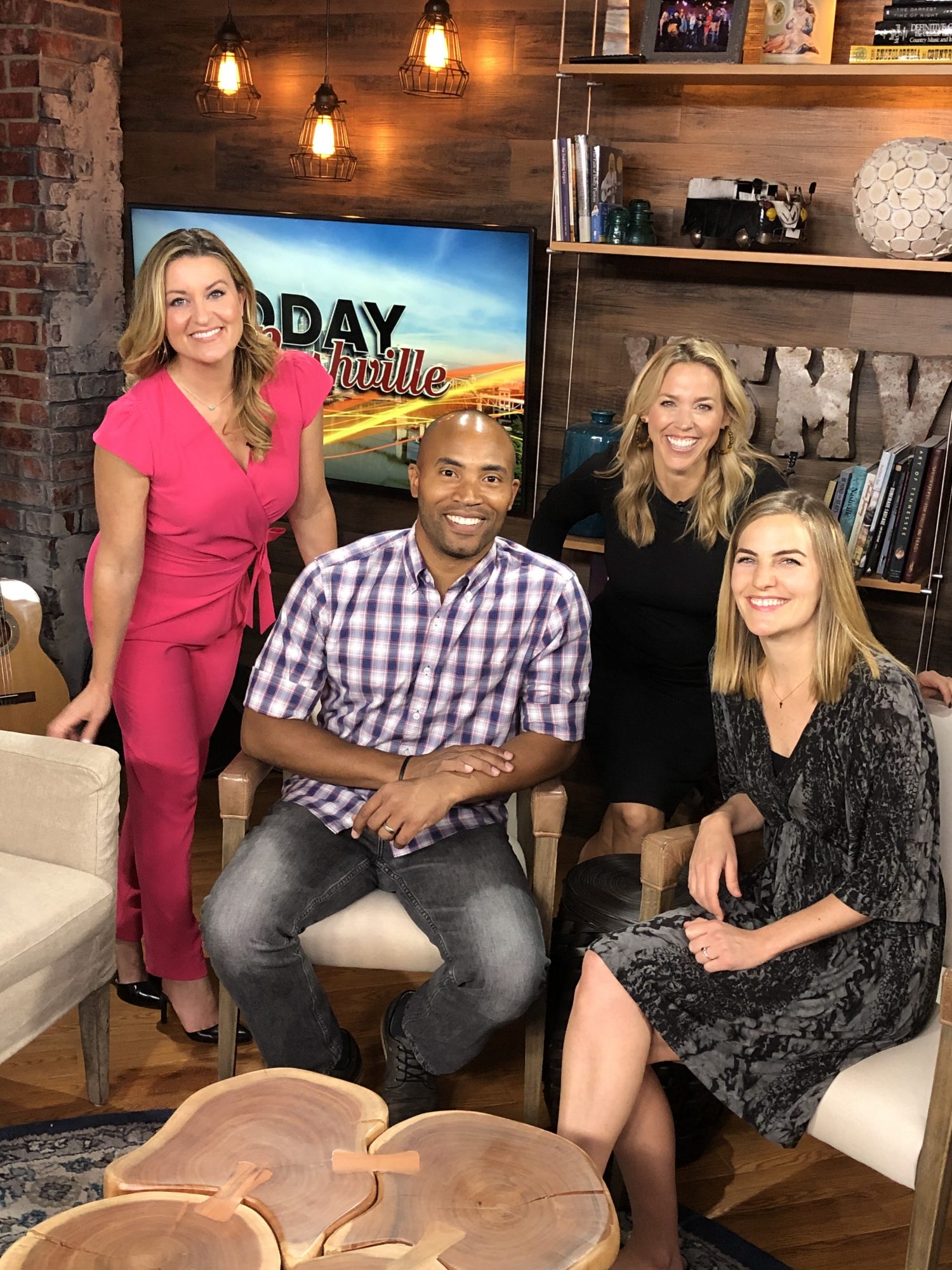