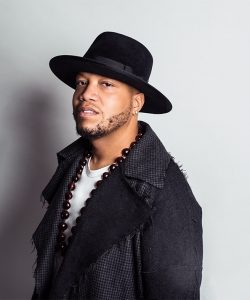 Today we’d like to introduce you to Andrae Alexander.

Andrae, let’s start with your story. We’d love to hear how you got started and how the journey has been so far.
I was born in Prince Georges County, Maryland to a musical family where I was encouraged to play music from an early age. Growing up, my grandmother would make me go to church, that’s where I developed a love for bands, the Hammond B3 organ, and music that has emotion.

After graduating from my high school, Duke Ellington School for the Arts in Washington, D.C., I enlisted in the Marine Corps, went to Bootcamp was stationed at the Quantico Marine Corps Base. After four years, I took an audition and won the position as a Pianist and Singer for the Navy Band in Washington, D.C., which is a White House support unit.

After that, when I was about 22, I played for my first major artist, Ledisi, then Raheem DeVaughn and others. Coming from the rigid world of only playing at church as a musician and then being a musician in the military, learning how to relax was something that I had to learn. While playing for Raheem, we opened for Jill Scott on her “Real Thang” tour and made a stop in Los Angeles to do the Jay Leno show. There was a blizzard on the East Coast, but here I was in the dead of winter sitting on a hotel rooftop by the pool, looking at the Hollywood sign. A year later, I moved to Los Angeles.

I moved to Long Beach on March 1, 2009, and I slept on the couch of a friend. On March 2, 2009, I realized that I was actually broke and I needed money asap. I went on Craigslist and saw a posting that said, “Looking for an African American Jazz Pianist” and thought to my self, “That sounds like me!”. I sent in a headshot and on March 3, 2009, I was on the set with Kanye West and GLC in their music video for the song, Big Screen. That same day, I met the director of the first short film that I have ever scored.

After thousands of jam sessions, networking events, and studio sessions, I learned a lot about the business of music and have graduated from California State University, Northridge with an MA in Music Industry Administration. I currently teach at USC and am still getting placements and composing for film and tv.

Overall, has it been relatively smooth? If not, what were some of the struggles along the way?
No, it was not a smooth ride. Even though I ended up in a very active circle of writers and musicians, money was an issue initially. I owned a house in Maryland and sold it before moving to Los Angeles. I quickly went through my savings and was taking every gig I could. I moved furniture… for a day; I quickly realized that being a piano player made that job a no-go. I was an actor on the Queen Mary for Halloween on the deck where people are said to have committed suicide until I heard someone call my name… there was no one there; I pulled off my horns and left immediately.

Even though I wasn’t paid very much, I was the pianist for a theater company that encouraged elementary school children to write by performing their stories live. I scored the performances live for assemblies that started around 7 am. I would leave Orange County, where I lived, and drive to Universal City to engineer sessions until 4 am. I would drive home and sleep for an hour and then do it again.

It was a rough time physically for me, but I wouldn’t trade a second. I did what most people wouldn’t do, almost kill themselves from being sleep deprived and malnourished. I was rewarded with hours of practice composing and getting live reactions to what I was playing and I was rewarded with the gift of being a fly on the wall in major studio sessions. I was also rewarded with multiple Billboard #1s.

We’d love to hear more about your work and what you are currently focused on. What else should we know?
I am a musician who has decided to leave “bread crumbs” as I go, in the form of books, videos, and other works. Creatively, I am known as a composer, Songwriter, and Producer. I specialize in commercial music creation, no matter the genre. I have worked on music for Country, Pop, R&B, Trap, and Jazz.

On the consulting and education side of my business, I am a best-selling author of the book, “Build Your Music Career from Scratch: Second Edition” where I lecture at universities and other events, I have a piano course with about 1500 students enrolled, and I have great clients who allow me to assist them along their journey of living their dreams.

My goal is always to exude love and show appreciation to the people around me. In business, that means I only take on clients I believe I can help and only do sessions with people whom I resonate. This sets me apart because it creates an environment where everyone benefits.

Any shoutouts? Who else deserves credit in this story – who has played a meaningful role?
Absolutely!

My mom is always first because… moms.

Next is Allee Willis. She was not only a brilliant writer, set designer, artist, etc. She was the first person in Los Angeles who encouraged me AND self- financed a large 6-year project with me; Allee is one of my biggest cheerleaders. I met her when I was still living in Long Beach, she has been there through my entire Los Angeles journey. I found out on Christmas Eve 2019 that my friend Allee passed away and I’m still in shock. Saying that, I will take what I learned from her and help others that way she has helped me.

“Corparal” (this is the correct spelling) is a big brother to me and the first major producer to not only bring me into huge sessions but also the first to give me proper documented credit for the work that I did with him. I had my first Billboard #1 with him.

“Kizzo” is also someone I consider to be apart of my family. We constantly work on great projects together. I had my third Billboard #1 with him. Grammy wins in 2021!

Alfonzo and Marta Garcia have mentored me since I moved to Los Angeles. They have adopted me into their family and are the mentors that keep me grounded. Every holiday where I am in Los Angeles is most likely spent with them.

Scotch Ellis Loring is a friend who has also been with me for my entire Los Angeles journey. He is an actor and director who has allowed me to compose for his projects.

Ayanna Howard has been my friend since Junior High School as continues to be a friend in Los Angeles.

I can go on for hours, but I will end with my business partners Seven Bailey, Tracy Swearingen, and Journii Walker. When you surround yourself with greatness, even on your worst day, you are still great. My team is comprised of hard-working, brilliant, driven, and fun people who keep me loving life. Thank you! 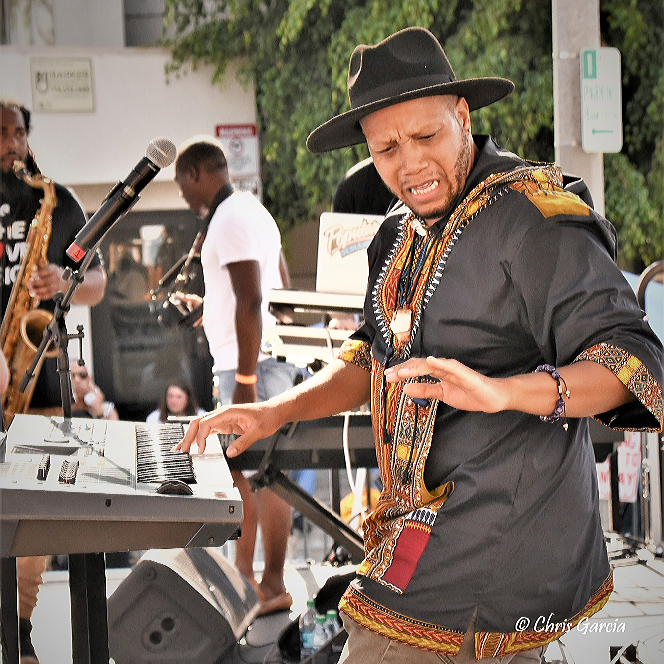 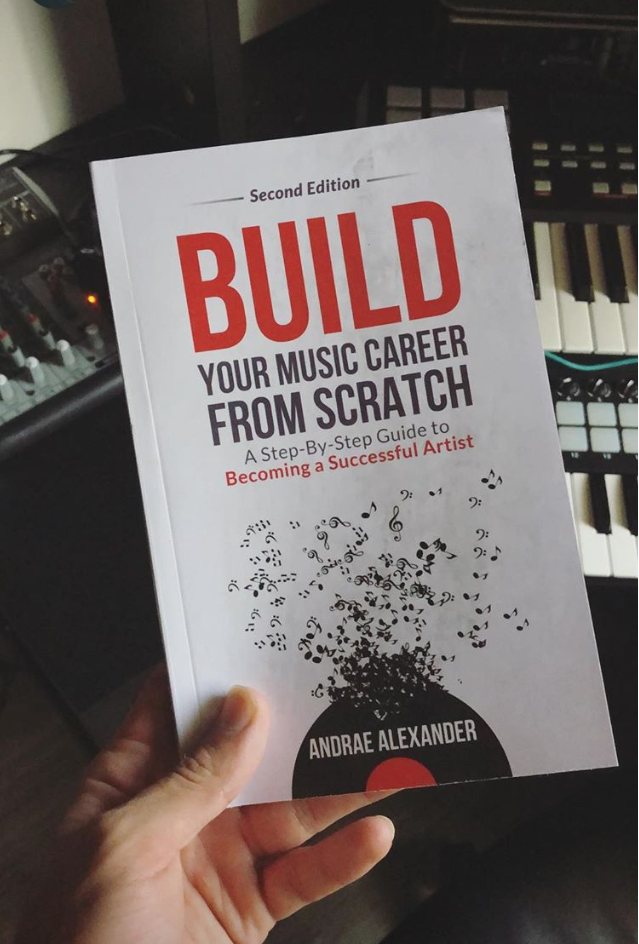 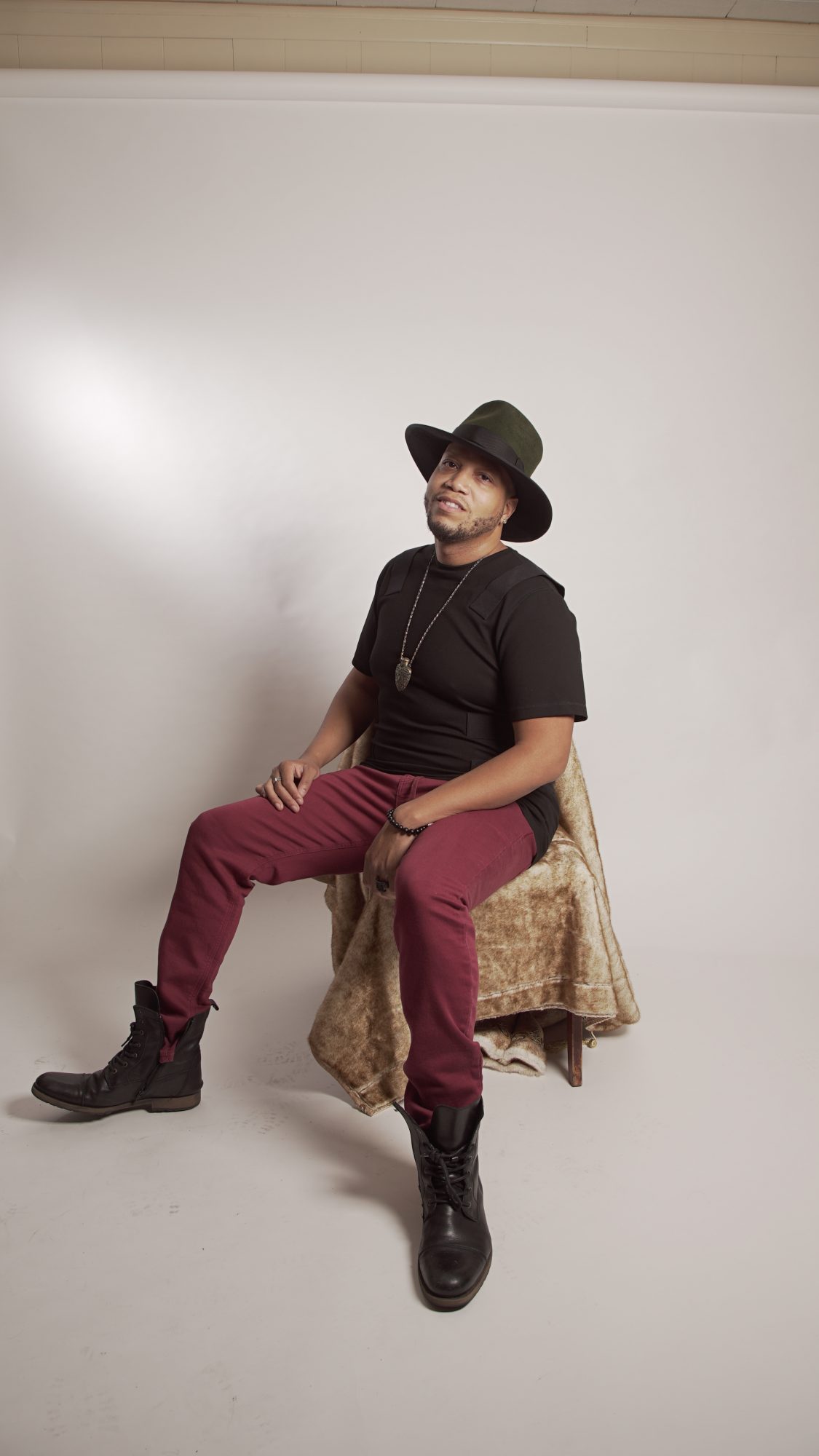 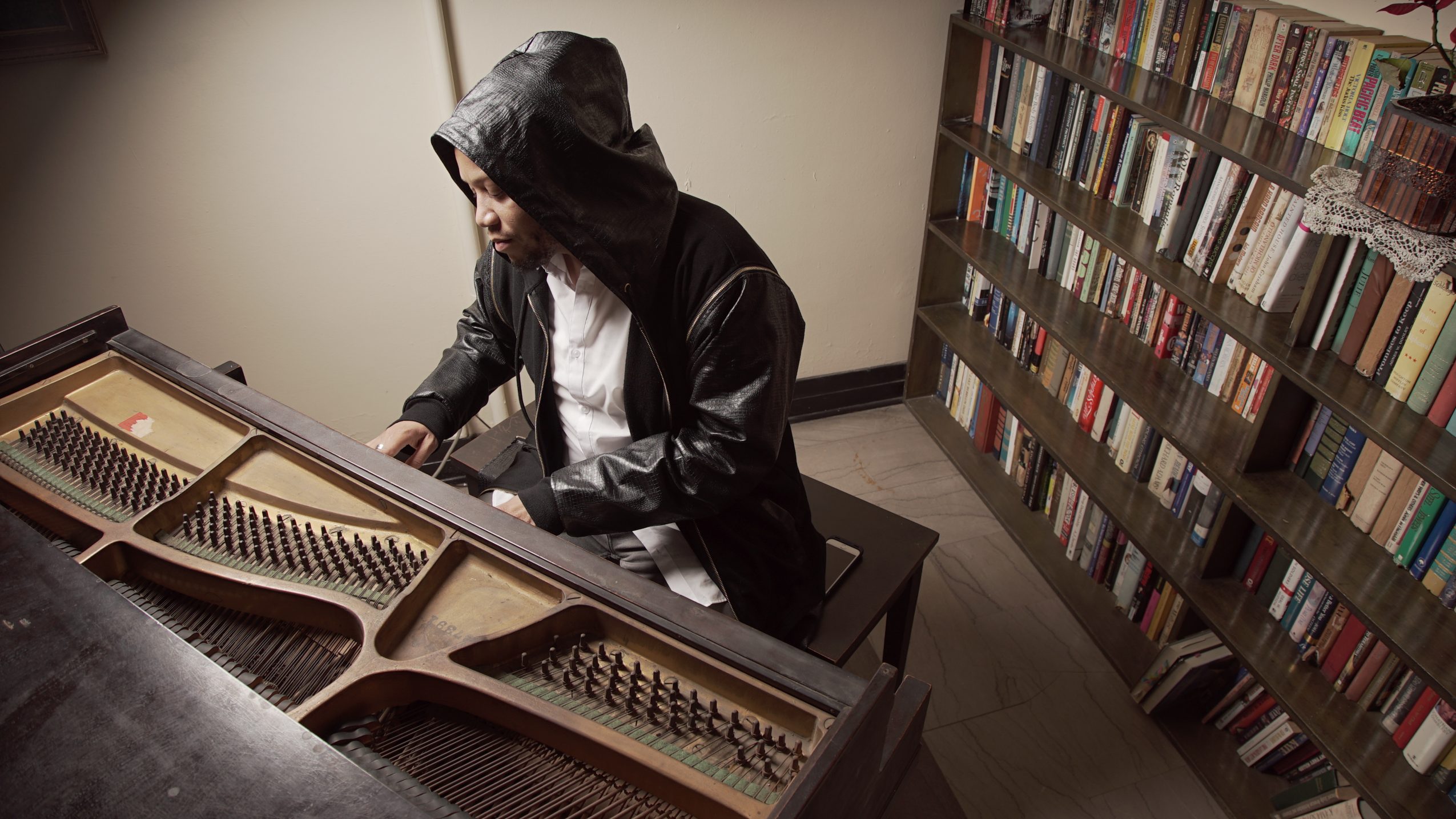 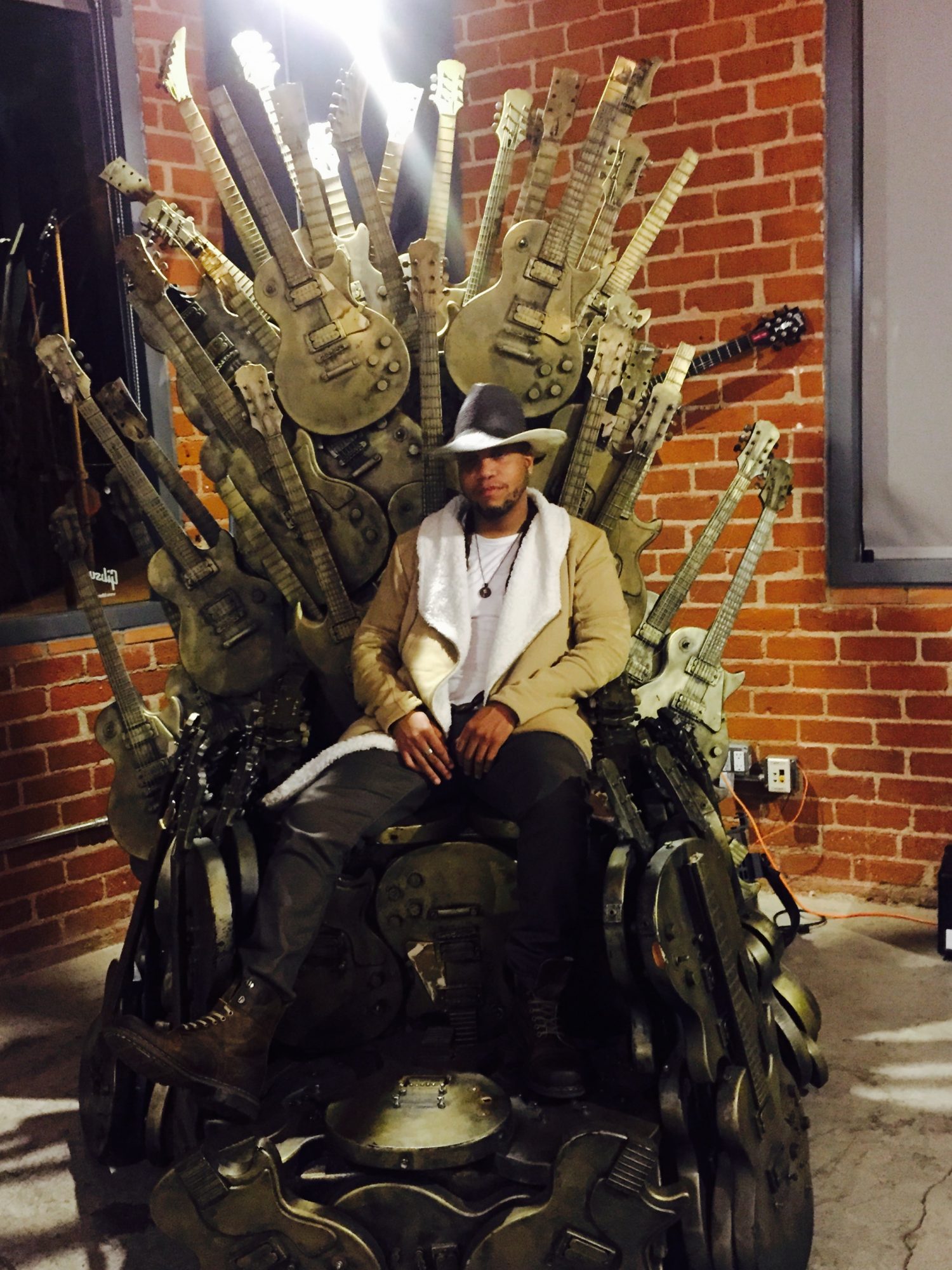 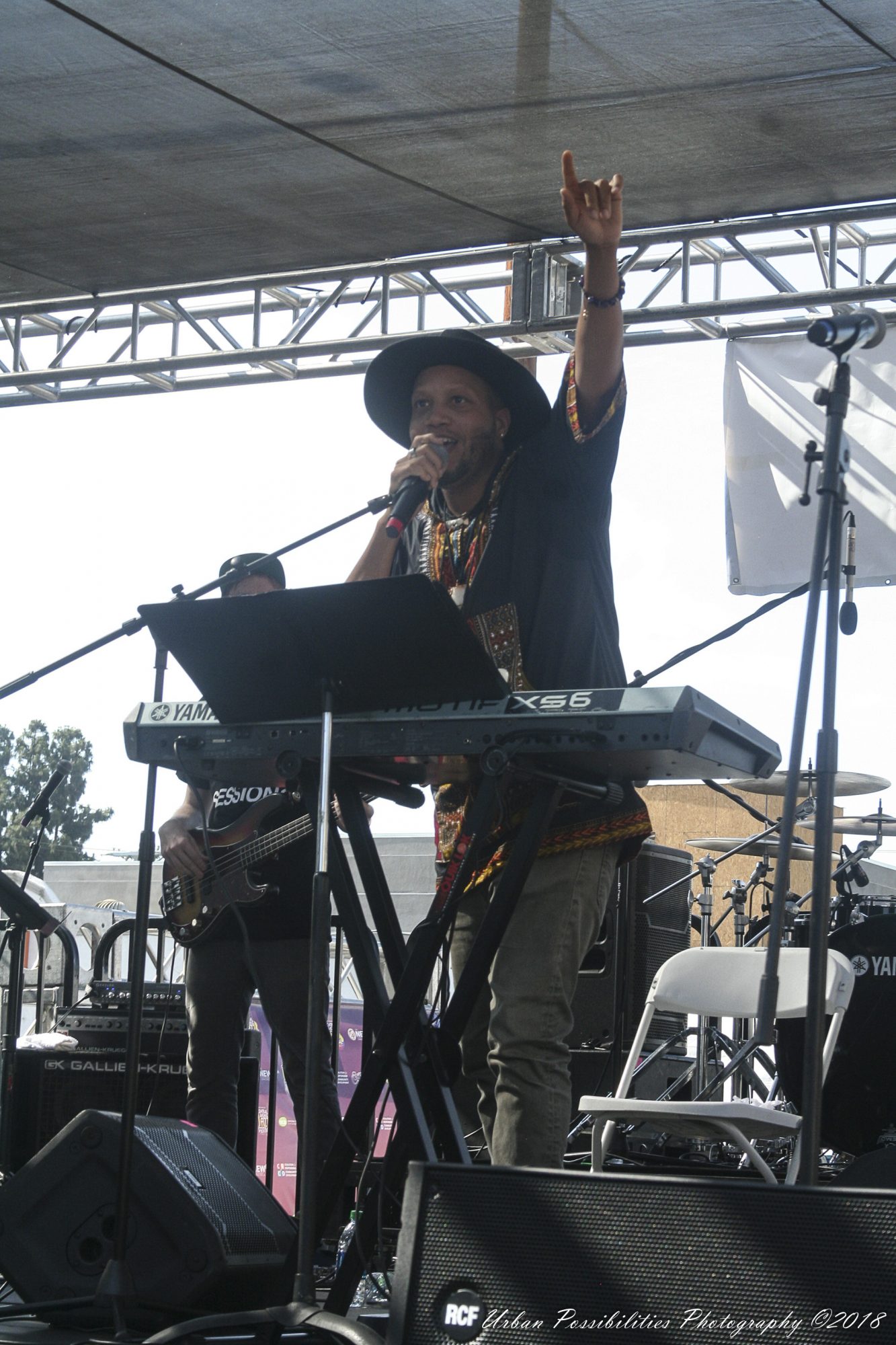