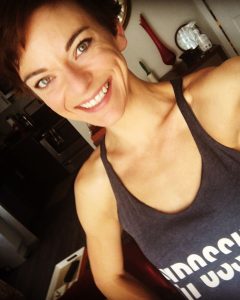 Today we’d like to introduce you to Andi Norris.

Andi, please share your story with us. How did you get to where you are today?
I started doing children’s theater when I was five until it got too expensive and time-consuming for my mom because let’s be honest, she was doing all the work! Then I started putting together stories and plays for my friends and I to act out. I would play musical soundtracks on my walkman and recreate the story around the house. I auditioned for shows at the junior college as soon as I was old enough and was in almost every production at my high school. Basically, I always knew I wanted to be an actor.

I majored in Acting at Chapman University and quickly became known in my class for being a mover. I was cast as more animals, creatures, demons, spritely beings, and personifications of things like hunger than actual people. I didn’t mind. I didn’t even think twice about it. It was everything I wanted to do and it felt very natural to me.

After Chapman, I moved to LA to pursue a career in TV and film; I was woefully unprepared! I didn’t have any business sense, nor did I have much on camera experience. I took up a few different side hustles while I was trying to figure things out, all of which fell through when the economy crashed.

I needed something more stable, something I had more control over. So, I taught myself how to build websites, which at that time wasn’t all that difficult. I moved to Seattle for a change of scenery and started a brand new career as a Front End Software Engineer, which I’ve been doing to varying degrees for the last decade (oooph I’m aging myself here!)

A few years in and the itch to act came back. I was doing theater (mostly as animals again) in Seattle. I had the pure joy to meet the incredibly lovely Doug Jones while he was there for a convention. Creature performance had never once occurred to me as a career option before that conversation. It is not too far to say that Dougie changed the trajectory of my career. Not at that moment, but a bit later.

Now that I had built up a business in a different market, I figured it was time to take up TV and film again. I moved to New Orleans as Hollywood South was just getting started. I started auditioning again, but something still wasn’t clicking for me. Out of pure good timing and thanks to a gracious stunt coordinator, I landed my first stunt job on American Horror Story. That experience opened me up to a whole new world in the film industry!

Skip forward a bit, I’m back in LA, pursuing my acting career, now alongside stunts and creature work. This is when I stumbled upon a class on Instagram that all my friends were posting about: Introduction to Motion Capture. The pictures looked like fun, why not give it a shot?

So I did. And that’s where I met TJ Storm. I was completely blown away by everything that motion capture encompassed. It was everything I was already doing! In one space! I took class after class with him. Trained outside of class constantly and started working regularly. When he decided to open his own school, there wasn’t a doubt in my mind that I wanted to be a part. And that’s how Mind’s Eye Tribe: Action Actor’s Academy was formed.

Now here we are. I’m a working Action Actor and Creature Performer. I work primarily in mocap, but also on camera. Recently I’ve worked on/for Vader Immortal, Predator: Hunting Grounds, Magic: The Gathering Arena, and a few other AAA titles that are still under NDA. I’ve played soldiers, children, monsters (from family pets to 40 foot lava rancors), aliens, and animals, just to name a few.

I also run a conditioning program through the school, for others looking to get into this line of work, called Creature Fit. We work on strength, mobility, agility, and flexibility. Holding unusual body shapes for 7 or 8 hours can be extremely if you haven’t worked up to it, particularly if you’re doing pounces and attacks at the very end of the day!

This is the most fun I’ve ever had in my life. If you could have told my five years old self that I would be here now…well, she probably would have said, “Obviously!” But this job is everything I’ve been working toward my whole life and I want to help bring others in as it’s an industry that is only getting bigger.

Has it been a smooth road?
The biggest struggles were thinking that the place where everyone else fit was where I was supposed to as well, maintaining financial stability while still having the time and flexibility to pursue my career, and knowing how to establish a work, life, training balance once I did find where I wanted to be.

So, as you know, we’re impressed with Mind’s Eye Tribe: Action Actor’s Academy – tell our readers more, for example what you’re most proud of and what sets you apart from others.
I’m personally known for being a motion capture creature performer primarily. I am also hired regularly as an action actor as well though because I’m training in sword performance, tactical firearm work, and basic action.

There are not a lot of people who specialize in creature performance, particularly in mocap. And much of what I’ve seen out there is performers approaching a creature from a purely physical standpoint rather than an internal perspective. I’ve had the honor to train with some of the best in the business, including TJ Storm and Terry Notary, who have structured ways of building creatures from a place of life rather than a place of movement.

I’m also the Managing Director and Conditioning Coach for Mind’s Eye Tribe: Action Actor’s Academy. We are known for our unparalleled training in sword performance, tactical firearm work, action, and creature performance. Any skill you need to be a top-level action actor, we provide training for.

Let’s touch on your thoughts about our city – what do you like the most and least?
I love that LA has a place for everyone. If you don’t like one part of the city, go over a few blocks to the next pocket and try that out! We are so diverse in cultures, cuisines, architecture, topography! We’re mere hours from the beach (in traffic), the desert, the mountains.

It’s so easy to say I like the traffic the least. That’s not untrue. But also the cost of living here can be almost debilitating for an artist. 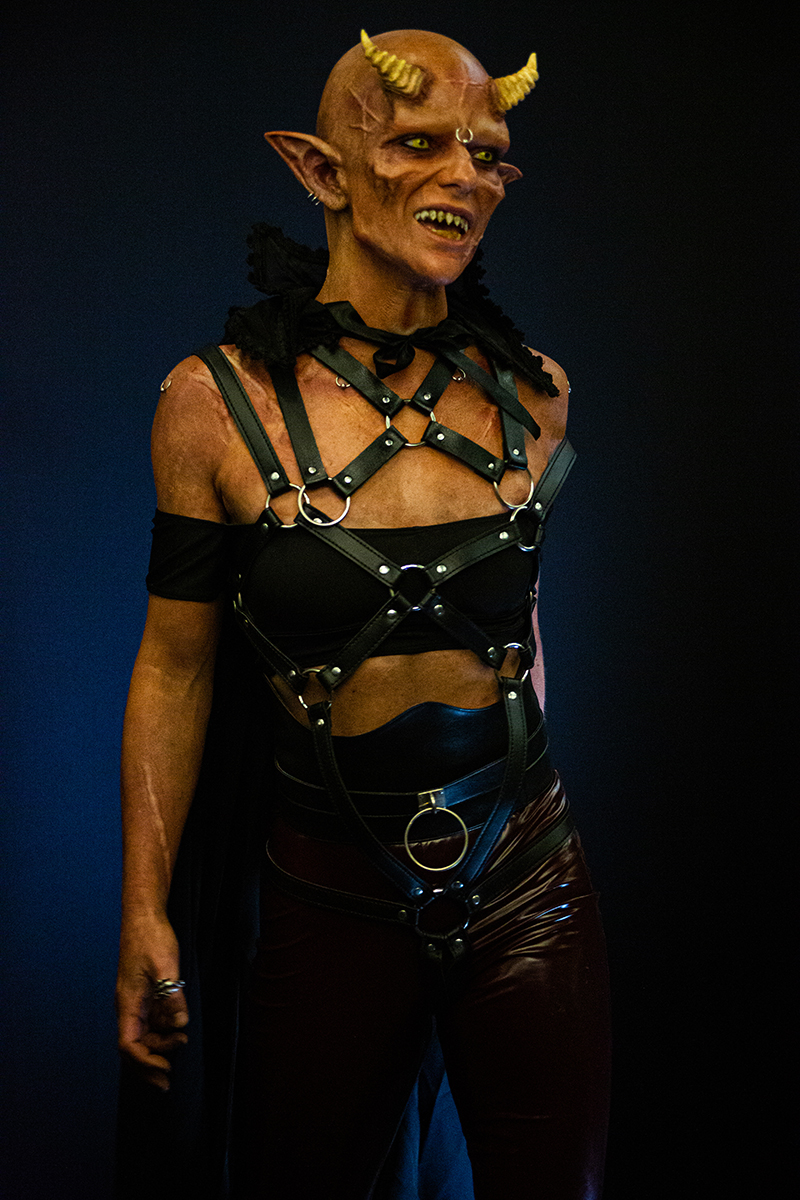 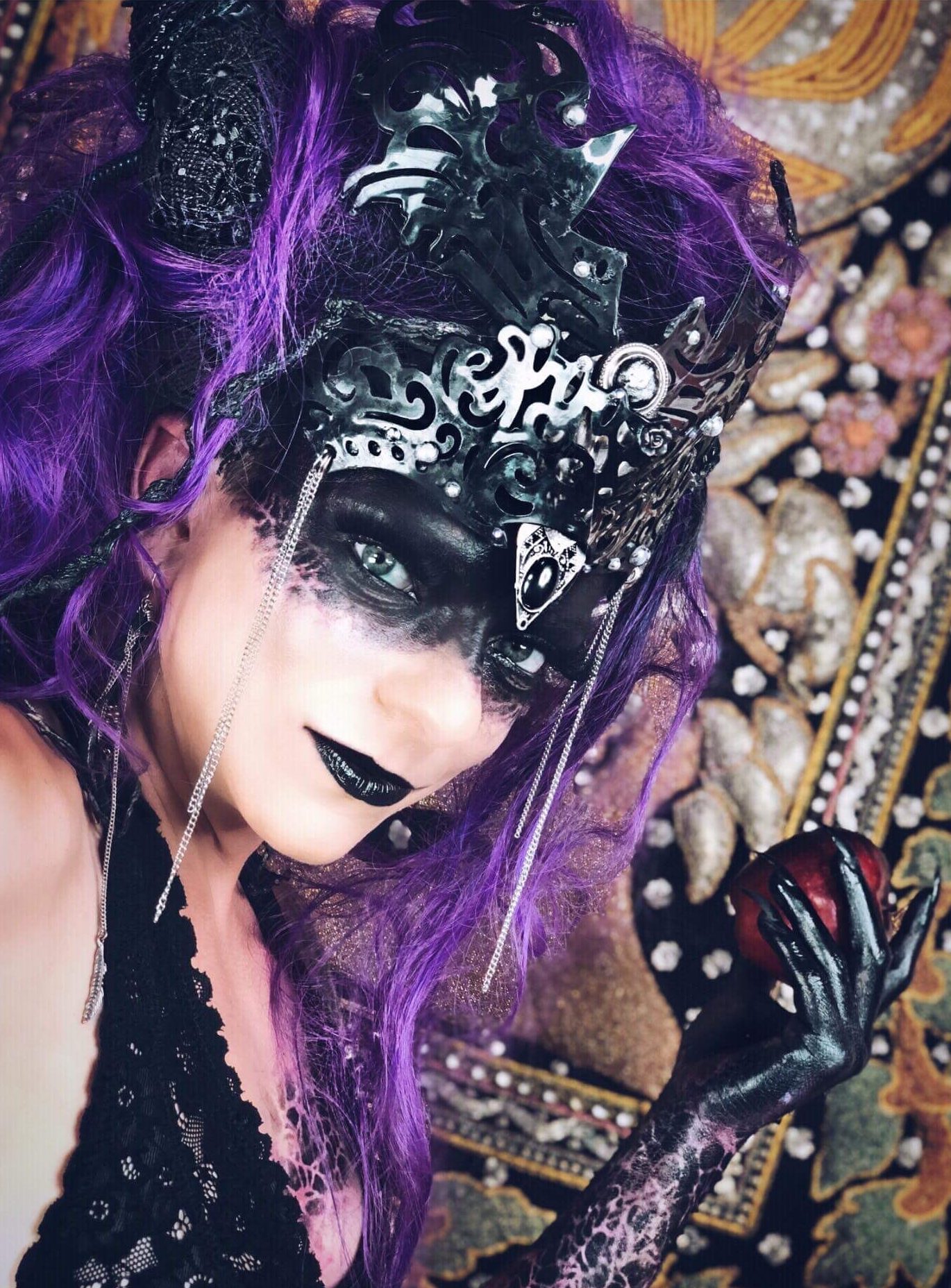 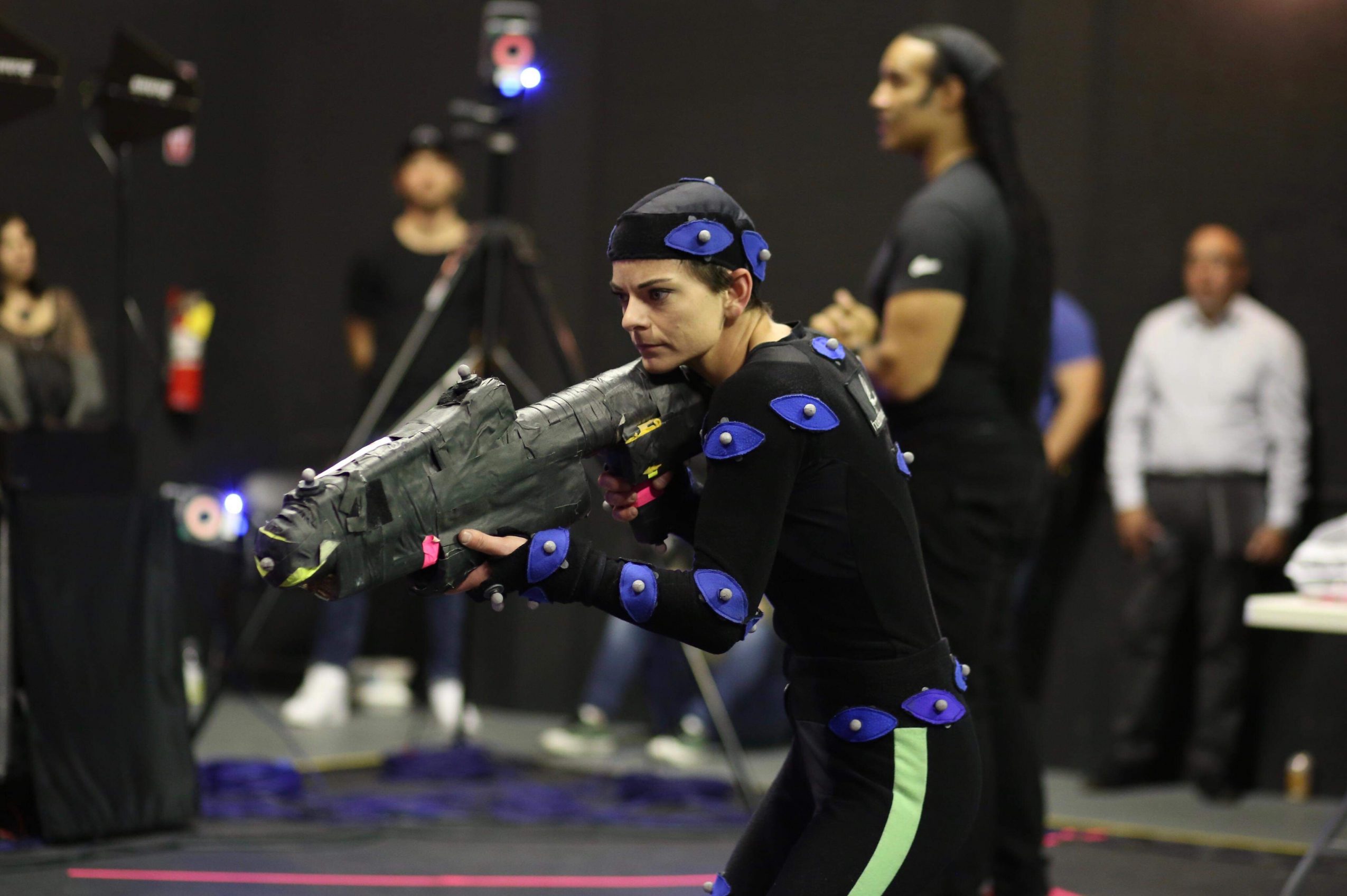 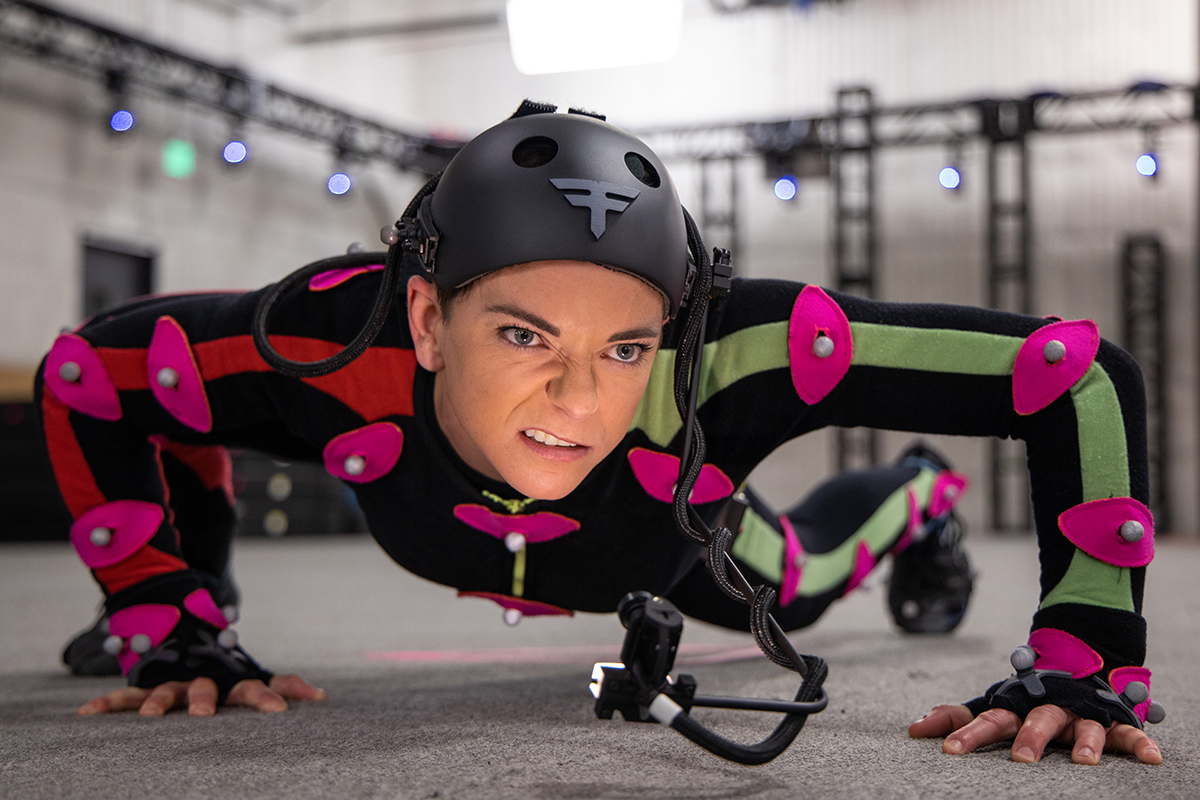 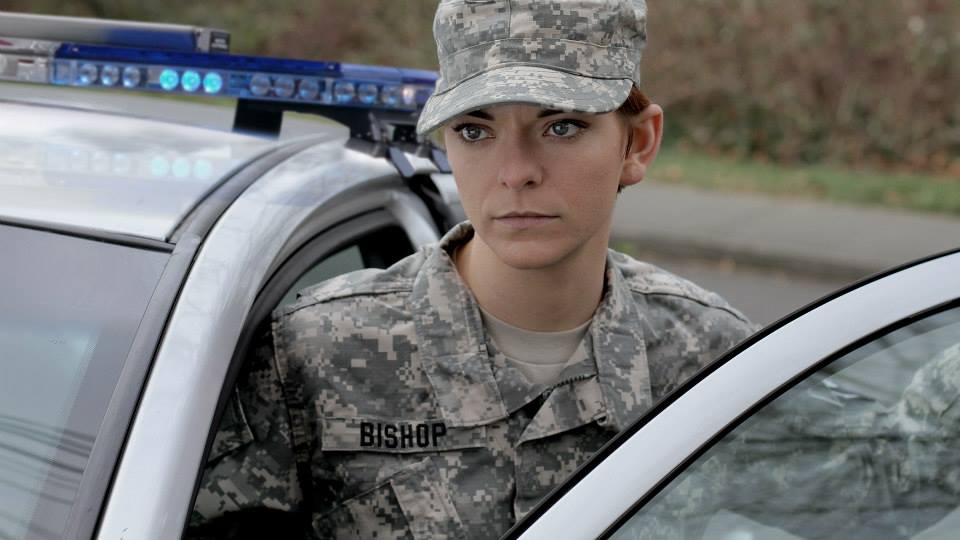 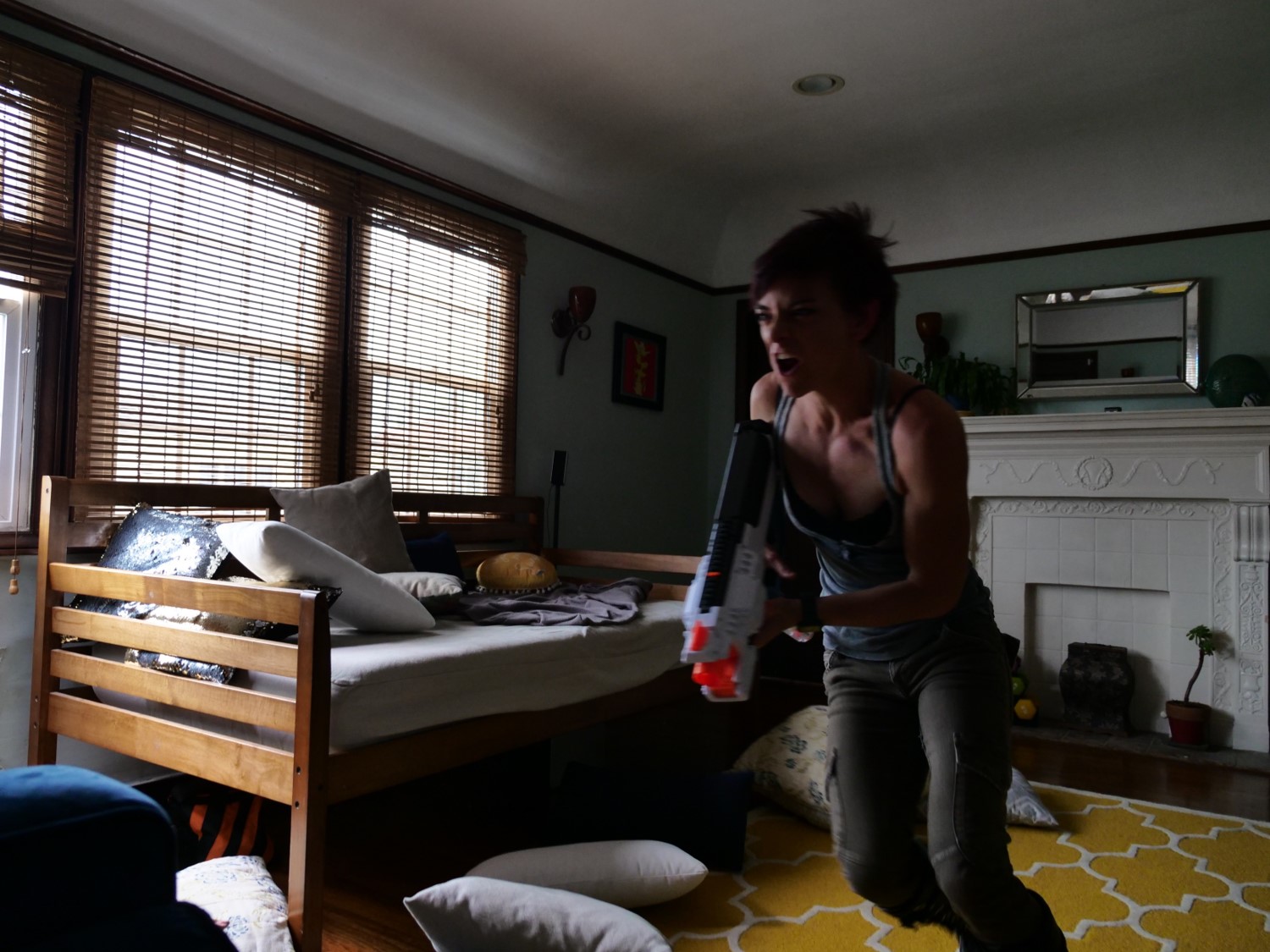