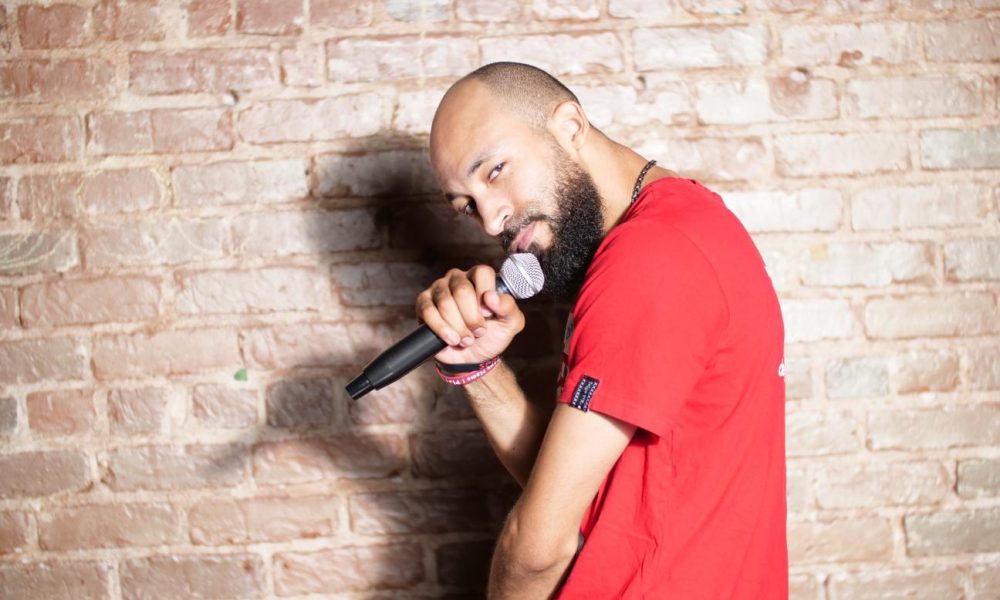 Today we’d like to introduce you to Anaz Rhome.

Thanks for sharing your story with us Anaz. So, let’s start at the beginning and we can move on from there.
My full name is A’naz Rhome Sylvers-Cotton and I was born in Kansas City, MO. I am a producer/writer for both film and live production, a dance instructor/choreographer, & currently pursuing my acting career. From event coordination and production behind the scenes to hosting live events and booking as a lead, A’naz Rhome is polymath at its finest and still progressing.

In 2008, I was accepted into Florida A&M University where I majored in Theater and joined a dance company known as Kollage. These were some of the most important years for me because I was continuously applying what I was learning, whether it be in formations for a dance showcase or blocking for a theater production. I was always experiencing what I was learning.

After leaving FAMU, feeling I had a strong foundation in theater and dance, I moved to LA to hone my skills. I interned for Debbie Reynolds Dance and Second City Hollywood in exchange for free classes and as I stuck to my pursuit I ran into those who are on the same pursuit. The more we grew and progressed for ourselves, the more we fueled each other. With all the people I met at this time, I began to realize I am moving in a different way and it will all make sense sooner or later. You have to trust your path because it completes someone else’s.

After a year, I went to visit my mom in DC. Within the first couple of weeks, I was offered an opportunity to produce National Dance Day for Congresswoman Eleanor Holmes Norton and The Dizzy Feet Foundation. While producing the show, I also choreographed the intro and had the chance to see what the city offers. Without hesitation, I took an opportunity to teach at a studio, then known as DC Dance Collective. Feeling accepted, I stuck around and learned a lot. Within that year, I taught my first casting as an independent talent, my first dance class at Howard University & I.A.B.D., a class with Joy of Motion, and City Dance, with a privilege of teaching Obama’s daughter for a class. After a year and a half in DC, the Drug Enforcement Admin gave me an opportunity to move to TX and direct their Youth Dance Program. In Dallas, I produced my first short film, choreographed flashmobs for the Dallas Public Transportation system, and taught classes for DFC studios, Next Step Dance, and coordinated my workshops out of Clique studios. With the funds, I got from the flashmobs I brought many choreographers out to Connect with the city of Dallas because I saw so much in that city. Along with dance, I continued to push in my acting career, signing with Linda McAlister and booking my first National Print and Commercial. I quickly found stability in Dallas, but also knew I was pushing to settle.

In Sept 2015, I moved back to LA and when I touched down, I booked a commercial the same day, solidifying the fact, im supposed to be here. I have had the privilege of working with plenty of artists on the rise like myself, but I think the most valuable conversations came from those who gave me knowledge on how to pursue what I want and keep my independence. Since 2015, I have produced Blank Canvaz headlines for independent artists, a pilot called A.M.P.S. im currently pitching, and teach artist development classes. While we are pitching we are still writing and concepting ideas. So, we are prepared for more opportunities.

We’re always bombarded by how great it is to pursue your passion, etc. – but we’ve spoken with enough people to know that it’s not always easy. Overall, would you say things have been easy for you?
Honestly, I feel my road is as smooth as I make it. It had its set back, but like any good, script or book, you expect the plot twist, at least if you’re a writer. I’ve been through my own trials, as others have, but it is that triumph that adds to the character. Most of my struggles were mental. How to handle business, maintain my own comforts, and even manifest that which I have never had.

In Sept 2018, I was left with no place to stay for a week and instead of sleep outside, I would sit at Denny’s from 2 am – 6 am finishing my writing and planning out my schedule for production. By October, I found and received funding from an independent investor to produce my first pilot. I’ve taken my time to build my resources and organize my approach and I look forward to the future of this and many more projects yet to be seen.

Please tell us more about your Blank Canvaz. What do you do? What do you specialize in? What sets you apart from competition?
Blank Canvaz is now producing events, film and live productions, and educational workshops.

Our events headline standup comedians, musicians, and even viewings for filmmakers. A.M.P.S. is the first of many independently produced projects. Lastly, we coordinate industry classes to help artists develop their craft in a way that is focused on building a well-rounded understanding of progression in the industry.

So, what’s next? Any big plans?
Blank Canvaz is beginning to reach out to colleges and universities. Understanding what an artist needs to know before moving into a big market, such as LA, NY, or even ATL, the markets are now saturated with talent. Through Blank Canvaz there is the freedom of keeping your independence, but also receive help in developing a plan to independently capitalize from all aspects.

Not all artist do things for the money, but there is still a necessity for understanding this industry. Should you fall into a circumstance where it required you to know and scale your worth to the project, we hope your lesson and exposure from us lead you to more. 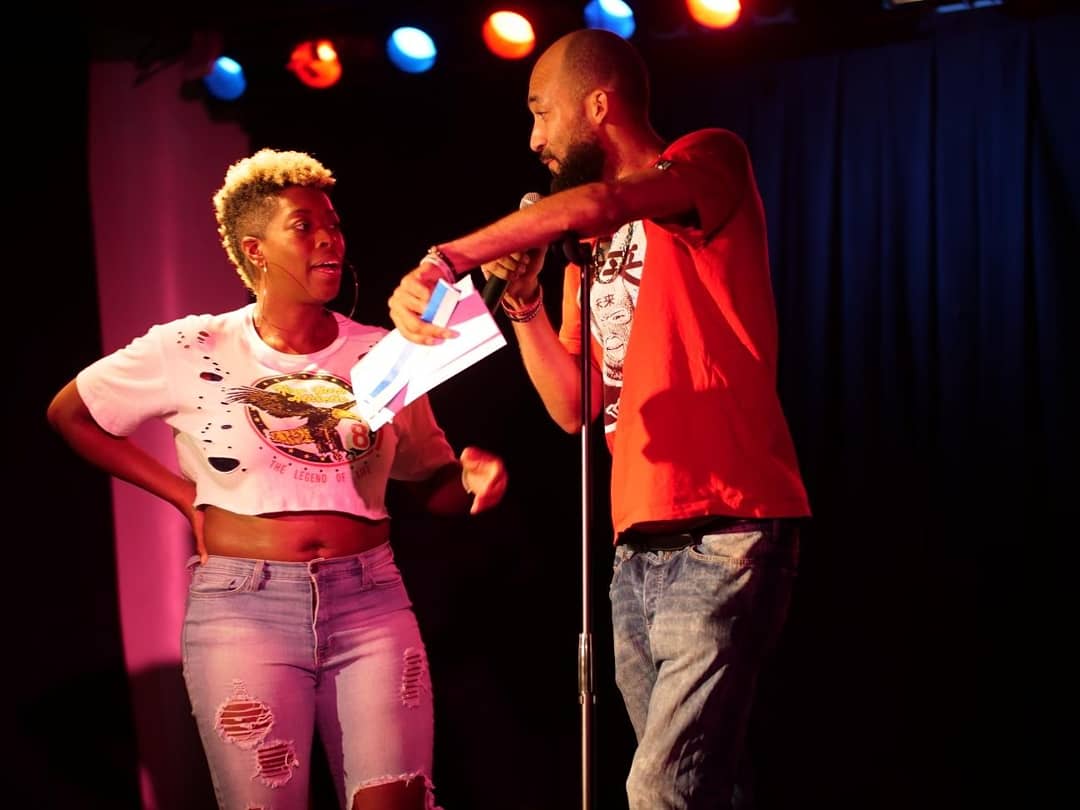 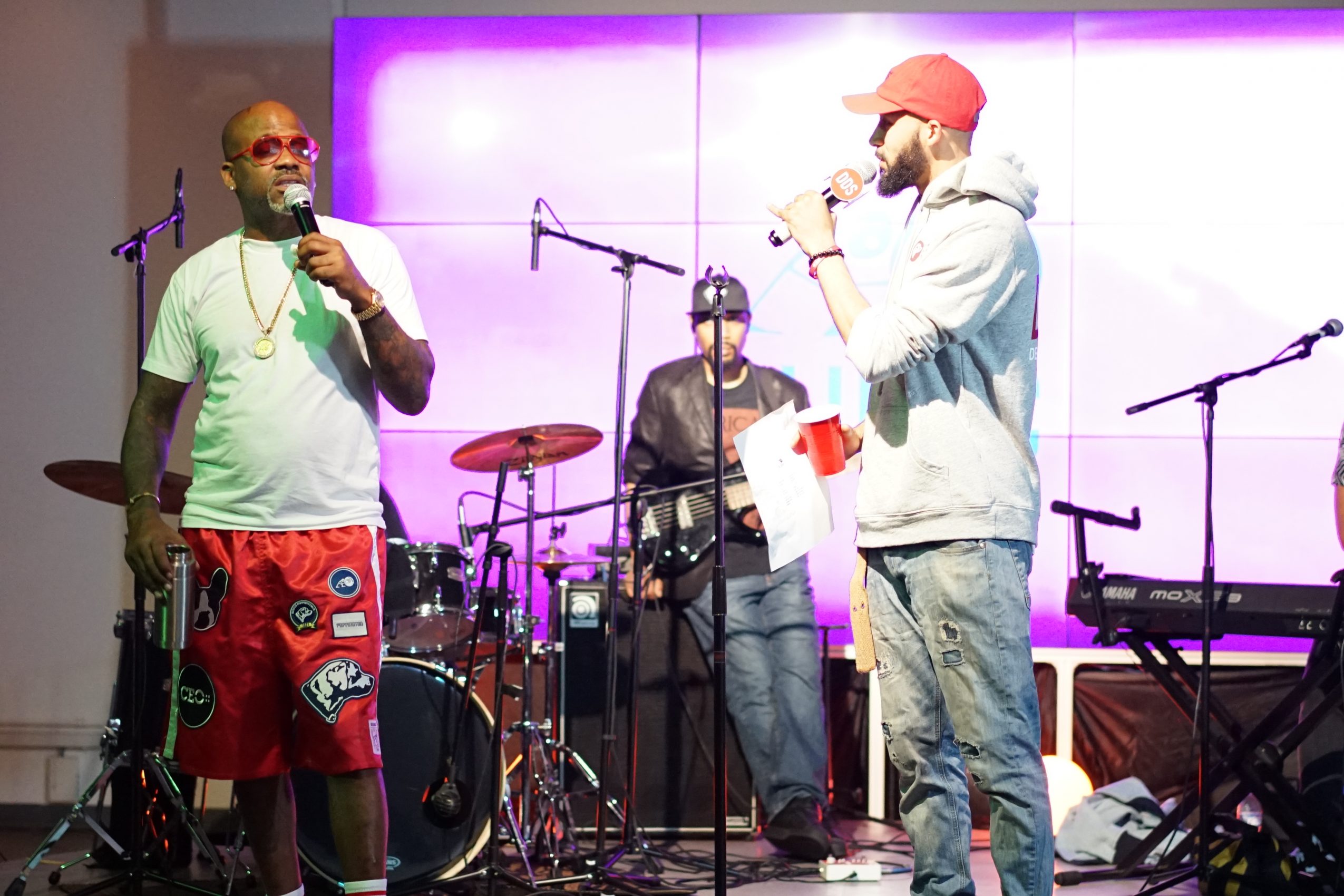 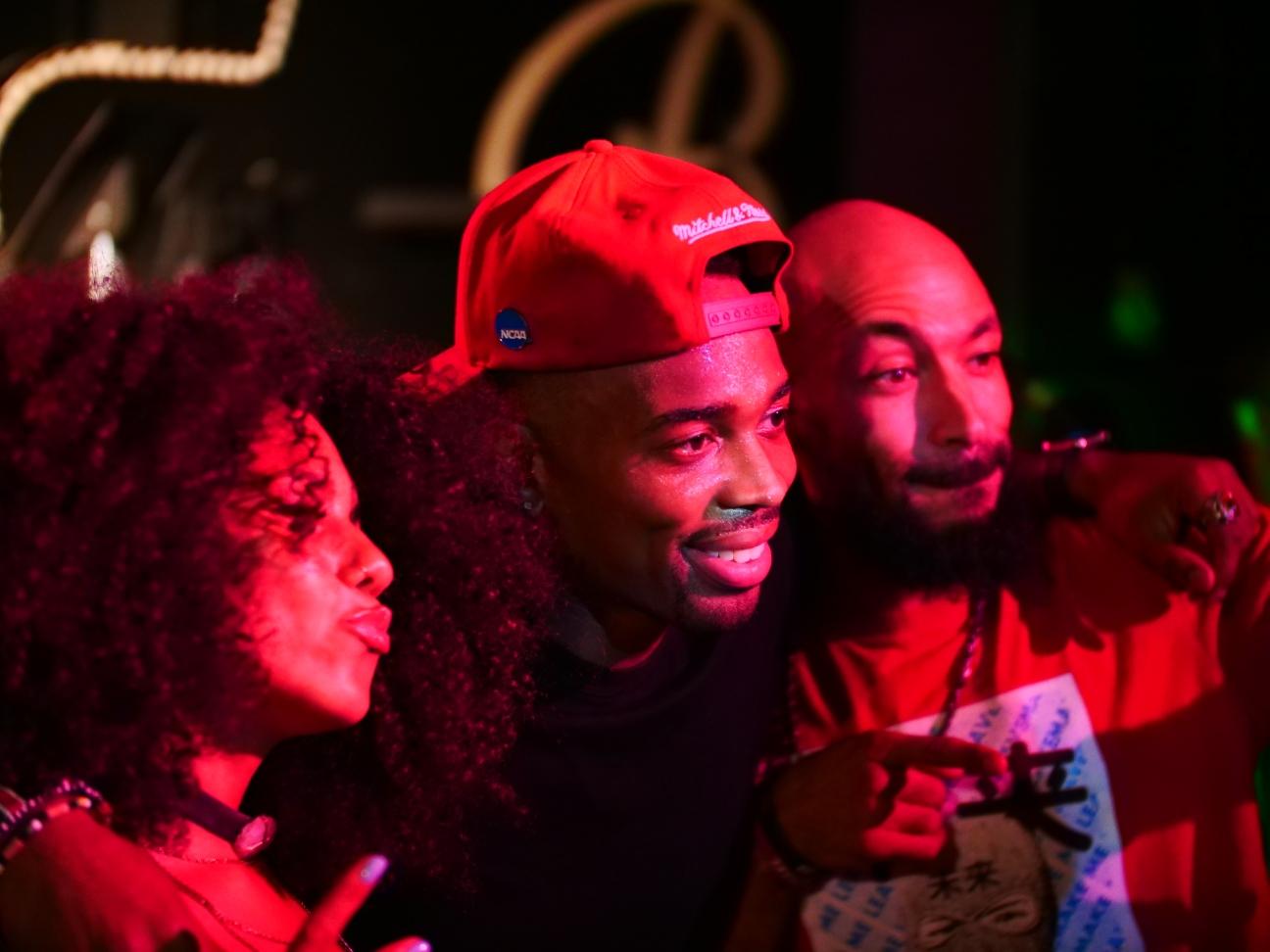 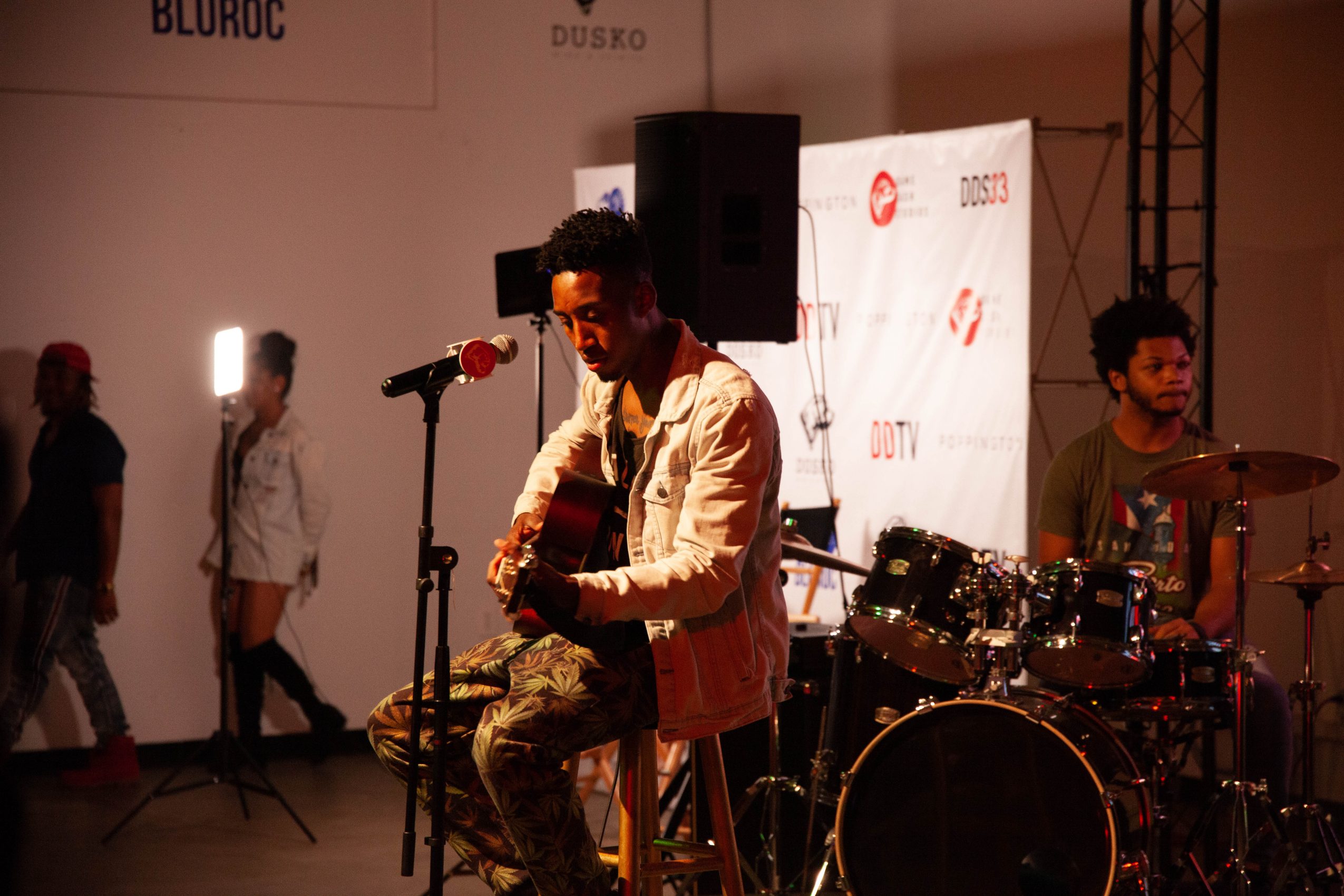 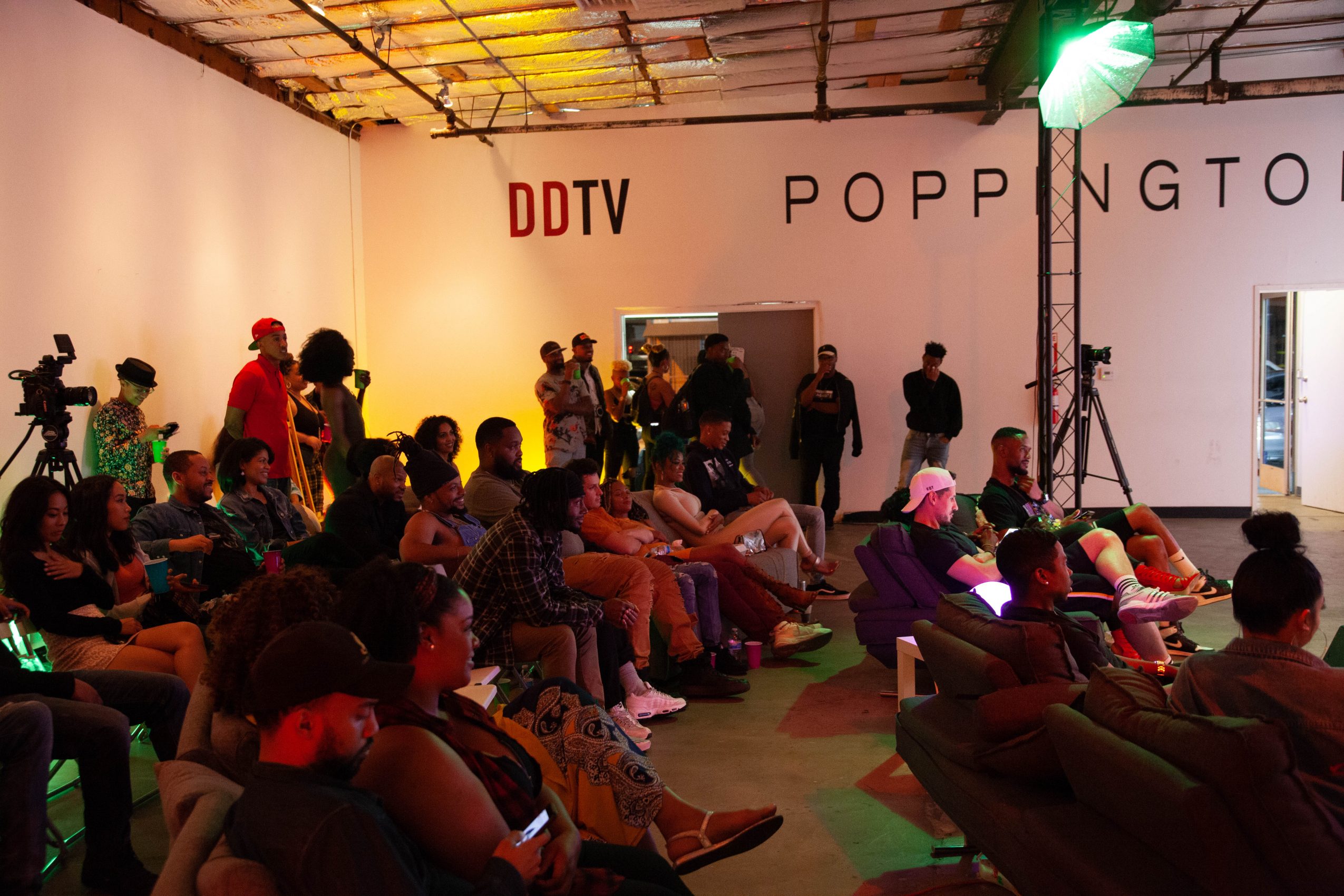 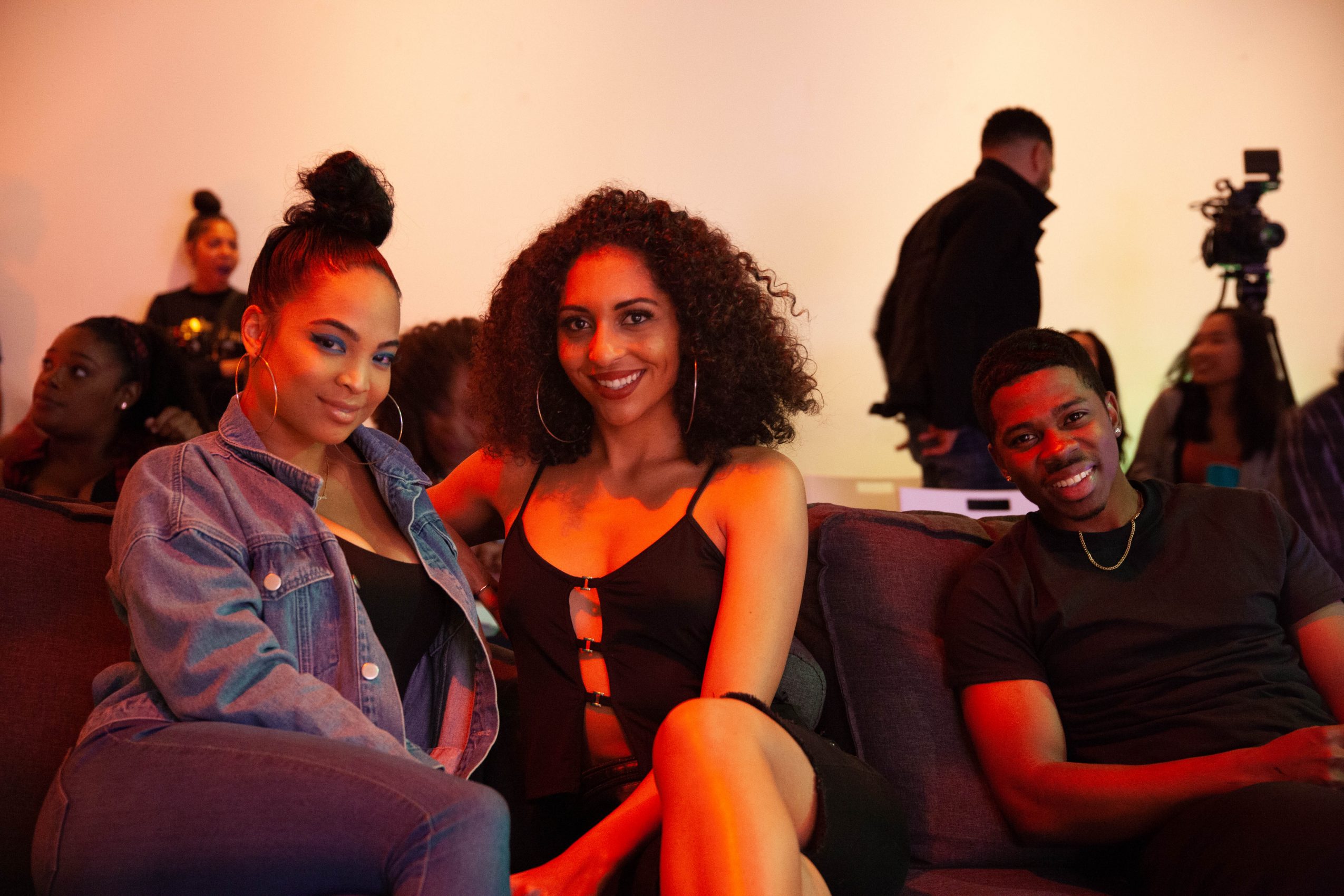