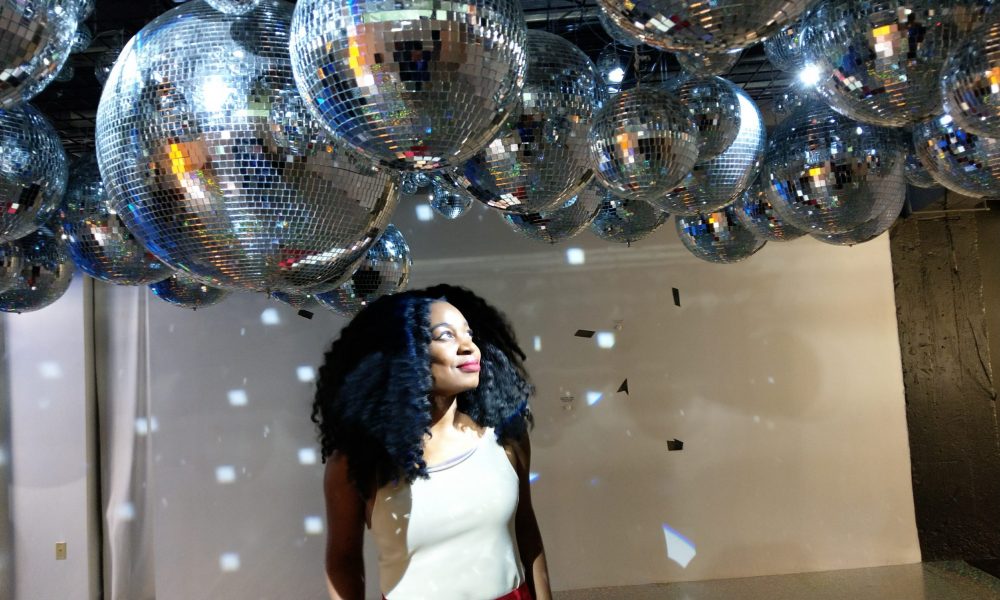 Today we’d like to introduce you to Anayo Awuzie.

Anayo, can you briefly walk us through your story – how you started and how you got to where you are today.
Ever since I can remember, I’ve always been obsessed with telling stories. As a child, I ran the gamut of creative writing expression. From award-winning poems and feature-length films produced in my backyard with my reluctant cousins as the starring cast, to remixed rap lyrics and an array of unpublished manuscripts—the power of a story was not lost on me. I started collecting fashion magazines at some point, and I would get wrapped up in the glossy editorials, designer items I couldn’t afford, and the luxuriously long but always fascinating editorials with some of my favorite celebrities. I lived in the sleepy suburbs of South San Jose, and this was a world I could escape to that just seemed so much bigger than my reality.

However, I always noticed the lack of Black women gracing the covers of these magazines I coveted. ESSENCE was the Black women’s lifestyle bible at the time (along with Suede, which I adored but only lasted a few issues) but it never quite fit the essence, no pun intended, of who I was at the age of 14. I loved Seventeen and NYLON, but they never highlighted girls like me: dark-skinned, Black, and awkwardly trying to figure life out. I remember writing a letter to the editor of NYLON at the age of 14 about this and a few issues later Zoe Saldana appeared on the cover. I patted myself on the back for my obvious accomplishment, meanwhile, I’m sure my letter never even so much as made it to NYLON’s mailbox. But I’ve always cared about representation in media, and so I decided I wanted to become an editor-in-chief of a fashion magazine and leave the sunny west coast for the big city of New York.

After graduating and getting fired from my one and only unpaid internship, I decided it was time to look towards NYC. The day after I was fired, I found a company online that was looking for a fashion intern for their WOC-focused website. It was fate. I applied that day and got a response from them in a few hours asking if I could come in to interview that week. I was in California, but they thought I was in New York. I was desperate to get to the Big Apple so I told them “yes” and scrapped my coins together to get a ticket to JFK three days later. It was worth it because I ended up getting the internship.

And then, almost two years later, I ended up hating the job and hating New York City. What I thought was my dream–to work in fashion in NYC, go to glamorous events as “press,” and never sleep (literally) ended up being not what I thought. I was broke, always exhausted, and always on edge due to New York’s infamous hustle and bustle nature. My work reality was a lot closer to Devil Wears Prada than I had hoped, and the fashion site wasn’t telling authentic stories, their sole goal was trying to get as many clicks as possible on their ads. I wanted to represent Black women in a way that I could feel proud of, and that wasn’t it. So, in 2015, I quit.

I moved back home with my parents in the Bay Area and started plotting on an even bigger dream: I wanted to build a media company that tells authentic stories about Black womanhood–all the time. At that time, #blackgirlmagic and #carefreeblackgirls started to become trending hashtags. Everyone wanted to be a #carefreeblackgirl like SZA, Solange, and Zoe Kravitz. The #carefreeblackgirl movement was the most visible I had ever felt online, as it celebrated Black women who were a little different, a little weird, a little avant-garde. And that’s when it hit me: Carefree, an online community for regular Black women to tell their stories of life, love, adventure and everything in between. I loved how sites like Man Repeller and xoJane were letting women explore their full selves through personal essays and think pieces, and I wanted to create that space for Black women. But I had another dream at the time: to live in Italy.

Since I wasn’t working, I started researching how I could live in Europe for free and found out about becoming an au pair, I was sold on the idea, found a nice family, and ended up living in Rome as an au pair for a few months. When I came back, I ended up working for small startups and large corporate companies but I always had Carefree, my unfulfilled dream, quietly taunting me in the back of my mind.

Years later, and here we are. COVID-19 hit and I was in the house with just me, myself, and my thoughts. At what seemed like divine timing, I did a 21-day meditation challenge that rejuvenated my spirit. As soon as I finished day 21, I started building Carefree and never looked back. It’s been five years since I first had this vision, and it’s finally here. Better late than never, right?

Great, so let’s dig a little deeper into the story – has it been an easy path overall and if not, what were the challenges you’ve had to overcome?
It definitely hasn’t been the smoothest journey, but what I’ve learned along the way has made it so worth it. It’s always been difficult for me to ask for what I’m worth when it comes to work because frankly, I never knew what I was worth. So I always ended up in positions that not only didn’t pay me but didn’t value me.

In these experiences, I’ve learned extreme resilience, how to be scrappy, and how to stretch a dollar. As I said living in New York, I was broke 100% of the time I was there. I worked three jobs: some days as a freelance copywriter in New Jersey and would have to get up early to take the subway to the PATH to Secaucus and back, some days I was working in the boutique shop of the W Hotel trying to sell as much as possible to rich upper East siders, and of course, my fashion job as an editorial assistant where I was making minimum wage. I remember asking for a raise once after months of working my butt off, and New York had just raised its minimum wage from like $7.75 to $8.00. When I asked my manager for a raise, she said I just got one from New York state. Yes, she was referring to the $0.25 raise to my hourly pay.

At the startup I worked at after moving back from Italy, I learned that my white colleague was making twice as much as me in a role that was the same level as mine. I also asked for a raise at this job which led to me promptly getting laid off.

These experiences have led to self-doubt, anxiety, and insecurities that I’ve worked hard to overcome. But today, after a lot of internal work, hype sessions from friends, and therapy, I know my worth, I know what I can do, and I know what I bring to the table.

Alright – so let’s talk business. Tell us about Carefree Media – what should we know?
By day, I work in marketing for a tech company and by night, I just launched my online platform, Carefree. I’m a writer and editor at heart, and I created this space to not only tell more stories about Black womanhood but also so I could always have a space to write and edit.

When do Black women get to just BE is something I asked myself when creating this platform. When does the world get to see us for who we truly are, and when do we get to revel in all our flaws, show our scars, and strip ourselves bare? We all want to be excellent, but Black excellence isn’t the only form of Blackness that deserves to be celebrated.

​My goal has always been to share the in-between stories. But what exists between Black excellence and Black oppression? What exists between us becoming CEO, or even the president, and us being killed–reduced to a hashtag? ⁣
⁣
Nuance exists there. Beauty exists there. Triumph, failures, adventures, joy, LIFE exists there. There is so much to the collective Black experience and the stories we tell on Carefree will be a testament to that.

I believe in the power of storytelling and its ability to heal. Each week, I send out one new story from a Black woman on life, love, and adventure which you can subscribe to here: carefreemag.com/about

Is there a characteristic or quality that you feel is essential to success?
I think the single most important characteristic that has been pivotal to my success is my desire to always want to try new things–my adaptability, I guess you can call it. I’ve had a lot of life experiences both personally and professionally that I feel like I wouldn’t have had if it wasn’t for my openness to new experiences and change. We live in a world where things change so quickly, and you either adapt, innovate, or get left behind. Life will always go on, I think people forget that time waits for no one. We get so caught up in trying to make the perfect decision or wait until the perfect moment to try something, but while we’re stuck in old ways, life is moving right along. 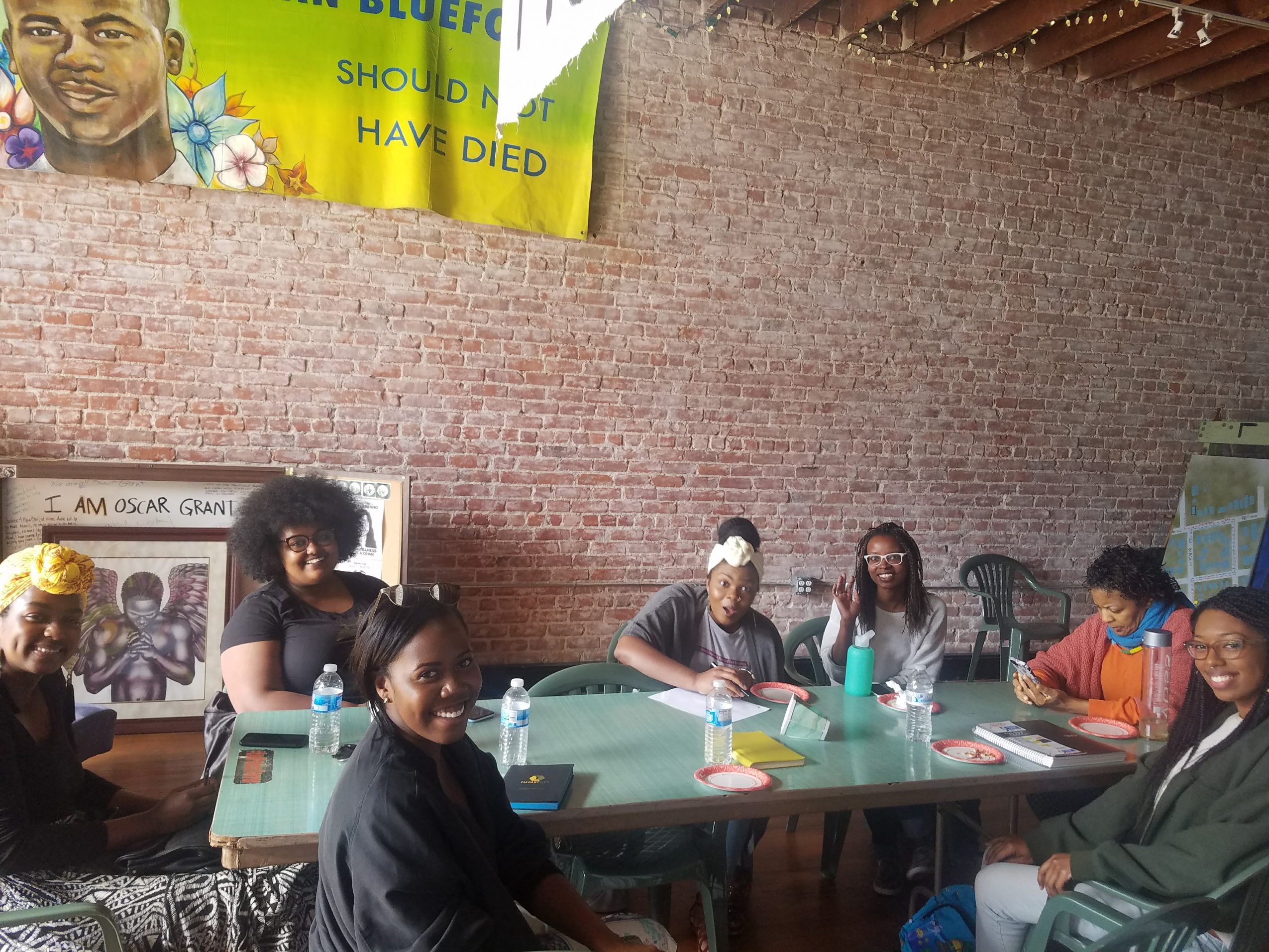 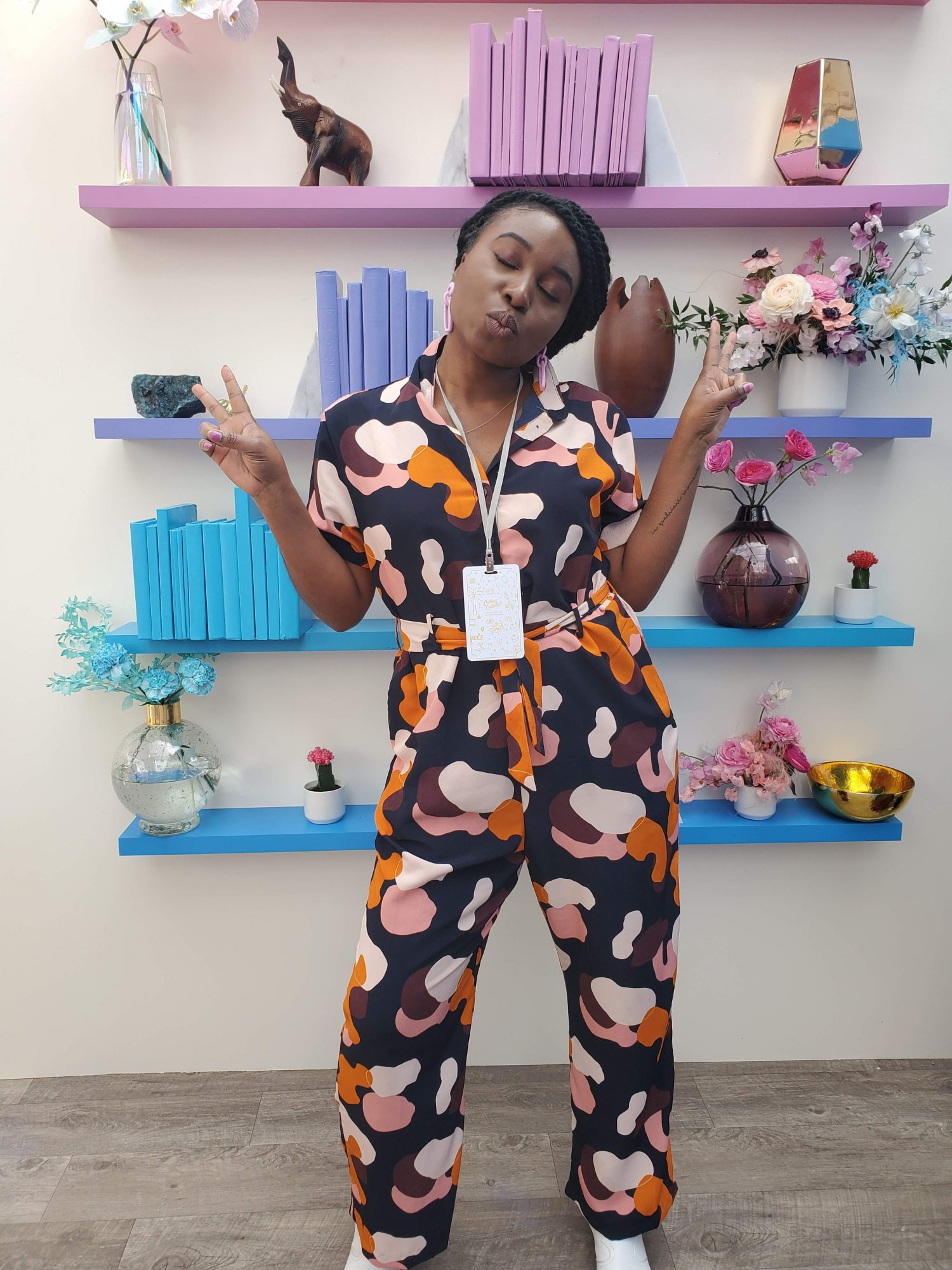 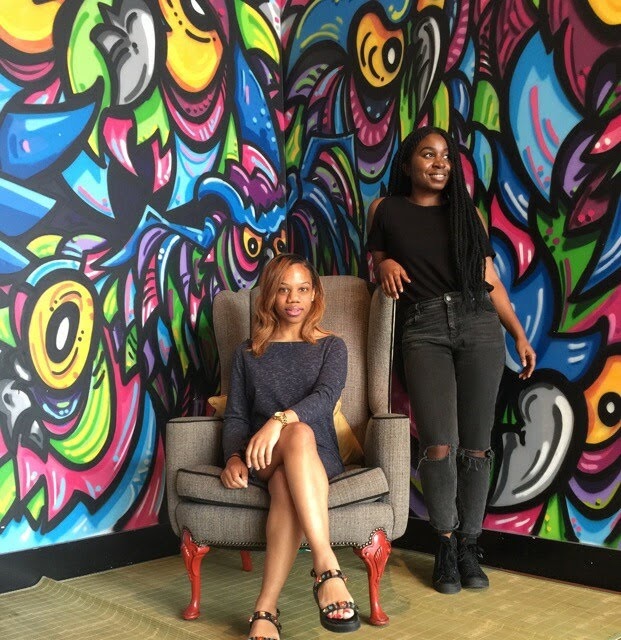 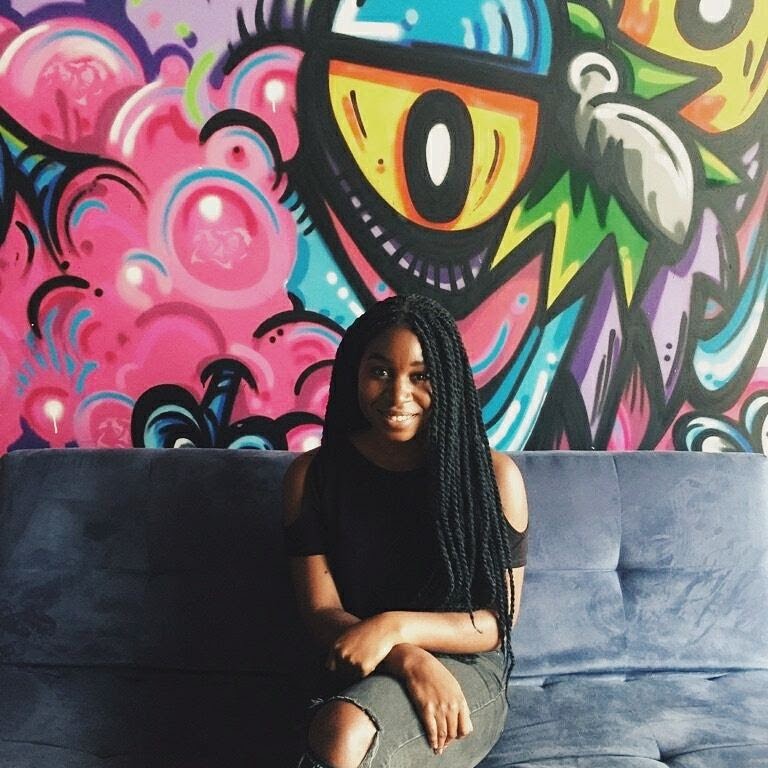 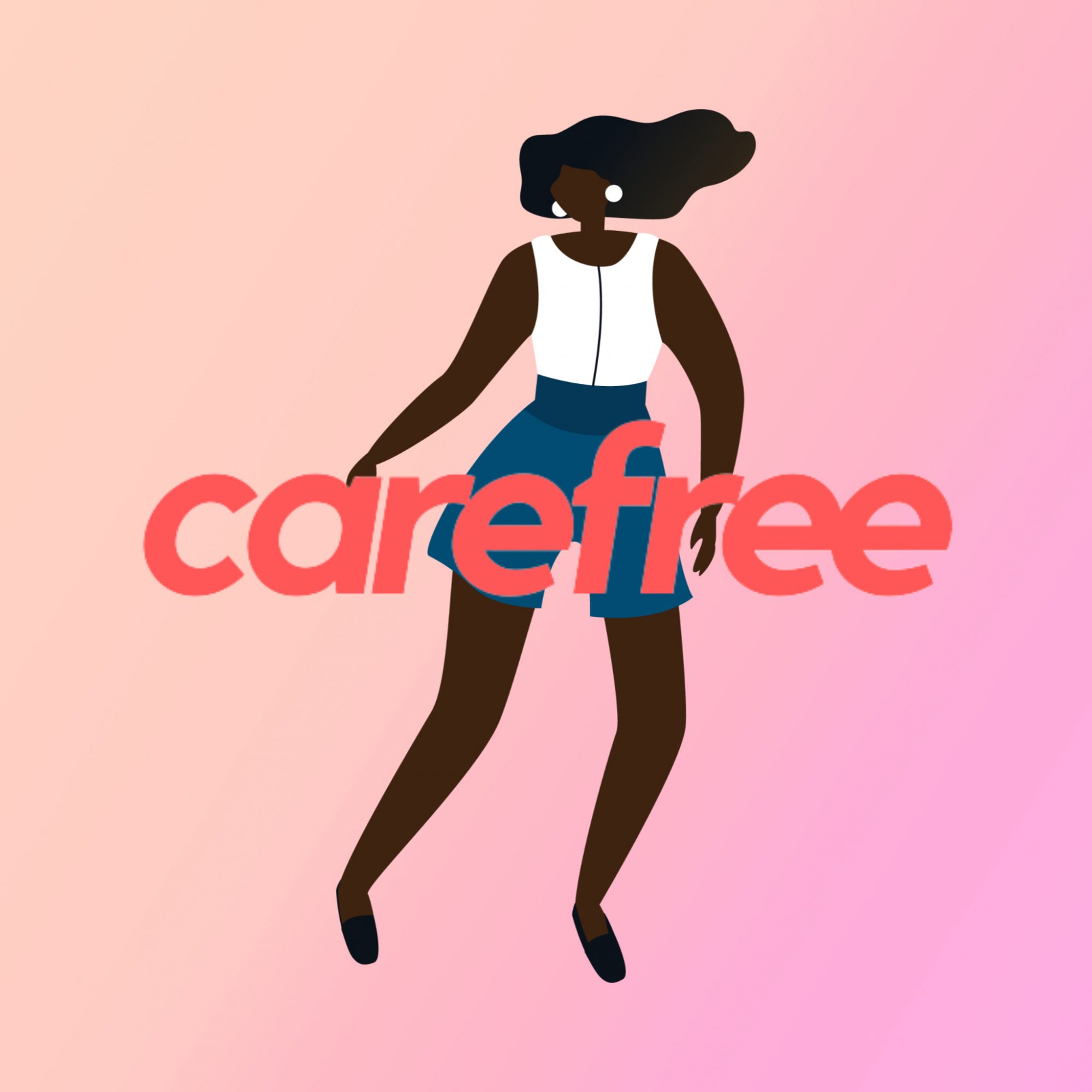