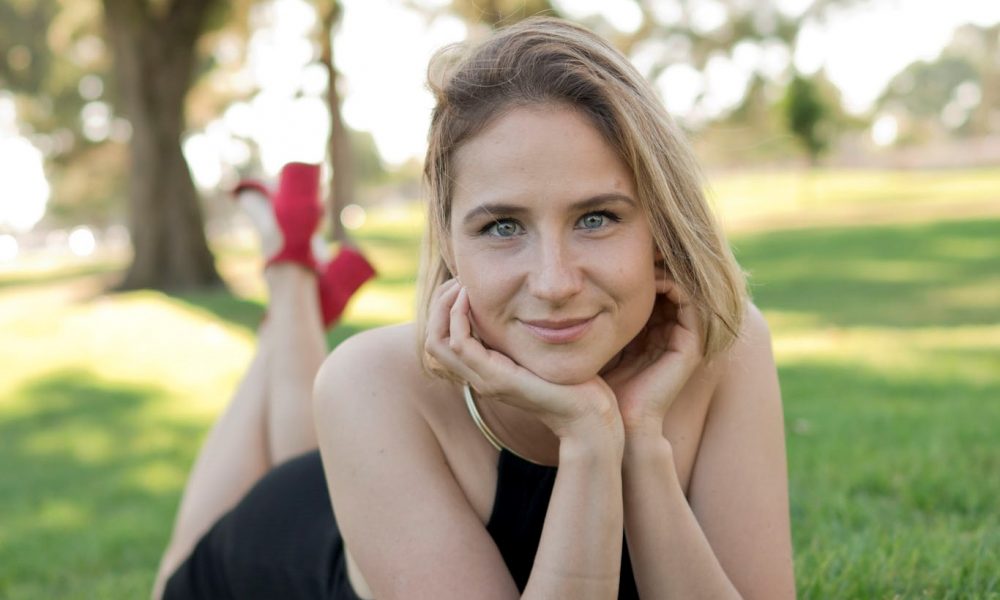 Today we’d like to introduce you to Anastasia Perevozova.

So, before we jump into specific questions about what you do, why don’t you give us some details about you and your story.
I was born and raised in Saint-Petersburg, Russia. When I was a child, my family would always bring us to watch a lot of theater plays, opera and ballet. I grew up being tremendously inspired by the theater community of my city. That’s when I think the seed was planted in my mind to become an actor. While being a teenager, I found myself watching American movies, series and TV shows, being mesmerized by the cinema world. I enjoyed listening to the original language without any translation and trying to repeat what the actors were saying. But I could never really think of it as a reality, it was just a fairy tale and a dream that I decided to leave as it is. My professional acting path did not start until many years later.

After studying in Finland for four years and graduating with a Business Management Degree, I went back to Russia. Something within my mind was just telling me that I have to go to LA and start studying acting there. I don’t know what kind of an inner voice was that. But it did take over. I applied for an acting program at the LACC Theater Academy, my now Alma-mater, and was accepted.

LACC gave me three years of an unforgettable acting conservatory experience. Some of the things that our professors taught us during those hours cannot even be explained. You would have to live through that. Everything I thought I knew about acting…well, I did not know anything, it turned out. And I rediscovered myself as an artist and a person in this place.

Now, I am actively auditioning, sending self-tapes, searching for representation and working on perfecting my craft. Apart from acting, I am trying to involve myself as a crew on set, whether as a PA or a 2nd AC. I just want to be able to know how to do different jobs in a film world, so I am open to keep learning and gaining new experience.

We’re always bombarded by how great it is to pursue your passion, etc – but we’ve spoken with enough people to know that it’s not always easy. Overall, would you say things have been easy for you?
The road was very bumpy, I would say. It still is. Coming to study and live so far away from your home and your family, to a place where you don’t know anyone, jumping into a completely different culture is a struggle. And on top of everything, coming to Los Angeles to be an actor. The competition here is huge and rough. The only way to survive is to stay true to yourself. Keep working on your craft, keep cherishing and valuing the greatest artists – read and study them – to feed your soul and mind. Los Angeles is a tough city. But there is no other way to become a survivor than to go through struggles. No matter how many unpleasant challenges I had to overcome here, I would never trade those years for anything because now I feel so much stronger inside.

What do you do, what do you specialize in, what are you known for, etc. What are you most proud of? What sets you apart from others?
Currently, I am concentrated on my artistic career. But I do have thoughts on combining my business and artistic sides for the purposes of producing film and theater in the future.

Over the course of summer, I was involved in a pretty big film project Inside the Notebook. The action takes place in a magic Ancient Egypt world. I was cast as a main character, Istar, a becoming-worrier girl who is trying to find her mother after 12 years of separation. The writers Alejandra Hou and Angelica Reyes are exploring the themes of abuse and rape, children abandonment, mother-daughter relationship, the excess usage of given power and control and many other topics we are trying to work with as long as humanity exists but yet still we are failing.

To prepare for the role of Istar, I was doing sword fighting stunt training during three months. It was much more challenging than I expected. There has to be first and foremost an immense concentration and peace within your mind, you have to breathe properly and move your arms and feet freely, only then you will “flow like a river” when sword fighting. I love the challenge, therefore for me, all the failed attempts and all the mistakes that I did were just another motivators to keep going.

Another recent short film I was in, 10 Years Down the Road, was adapted from a theater play for screen by my acting partner, my director and me. It is a story of a couple and how their lives change through the course of 10 years. Originally, this play was performed by my acting partner and me at our theater conservatory in the car. Yes, yes, we had a whole live theater experience where we were doing a series of plays in multiple cars and the spectators were moving from one car to another and each car had its own story to tell. By the end of the whole production run, we performed our plays in the car over 100 times. It was definitely something to be very proud of as an actor.

Since I started my path as a theater actor, I definitely have a lot of theater background. One of the last plays I was a lead in – Platonov – was adapted, directed and produced by Theater Movement Bazaar, Tina Kronis and Richard Alger. TMB are known for their ability to brilliantly combine movement and dialogue and create an unforgettable stage experience.

One of the most challenging roles I worked on was Parvaneh in Crocodile Seeking Refuge. She is an Iranian immigrant, who was tortured during the Iranian Revolution and is now seeking to expose her tormentors after seeking asylum in Great Britain.

I think one of the things that set me apart from other actors is the ability to play characters that are twice my age. In such plays as Normal Heart, Pride and Prejudice, Levi!, and the two mentioned above, I was playing female characters up to 45 years old. I think this comes from my love to be very serious about work, don’t get me wrong I can do comedy as well, but I really enjoy playing intellectual older women, analyze their huge monologues, and trying to understand all the tough life experience they went through. There is something within me calling to be the lover of the words, deep conversations. Maybe because I did so many of those dramatic roles, now I am really down to just have more comedic roles coming my way.

As I already mentioned, I am the lover of the words. I always put a lot of work into what I am saying as a character, making the words on paper become alive, become someone’s true experience. I think that is one of my big advantages. I also work really hard on my accent. Over the past four years, I was able to pretty much get rid of my Russian accent. I always had a huge affection towards English language and my love for it is growing with each day.

What has been the proudest moment of your career so far?
I would say my role of Dr. Emma Brookner in The Normal Heart theater production. The play was written by Larry Kramer and is talking about the AIDS epidemic in the 1980s in New York. The character is based on a real person Dr. Linda Laubenstein, who had Polio and spent almost her whole life in a wheelchair, but never stopped her research and was always fighting for people’s lives.

While preparing for the role, I had to spend a lot of time in a wheelchair, as well as during all the rehearsals and performances. When you are really putting yourself under the skin of a person with such a hard destiny, also immersing yourself into those types of real-life events happening, it takes a toll on you. Dr. Brookner has a lot of very powerful and emotional speeches and conversations through the course of a play, as well as all the other characters. I remember, one night during the run, I really became her on stage, I was Dr. Brookner, I lived through that horrible epidemic, people were dying around me and I tried to help but was faced with situations that were out of my control. After one of the scenes, I “rolled” (in a wheelchair) backstage and had a moment… well, not to go into so many details, but I thought that the work we did in this play was something extraordinary, especially playing characters who are twice our age and lived through this horrific moment in history. 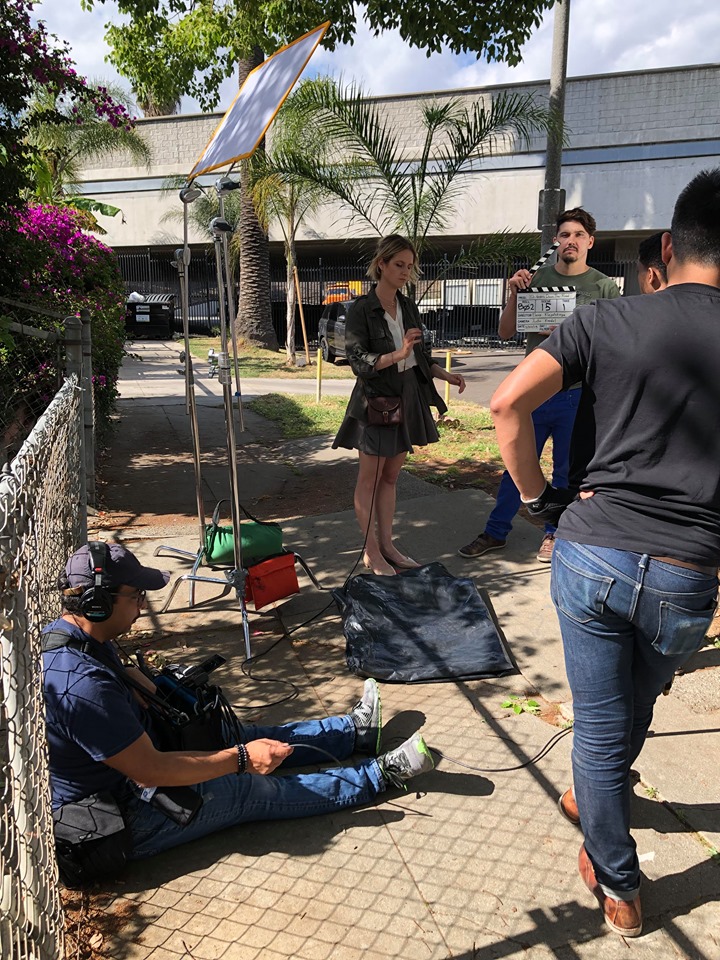 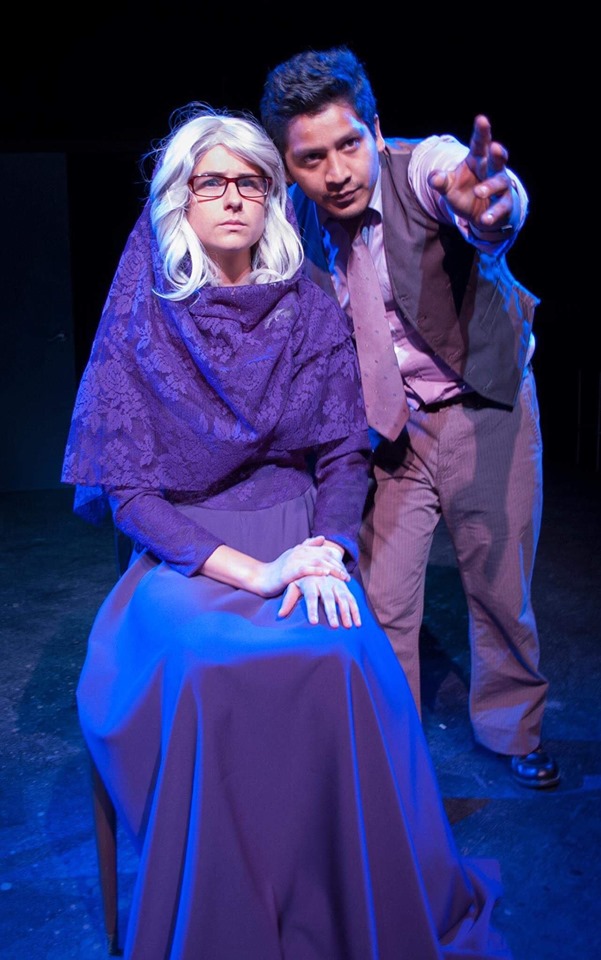 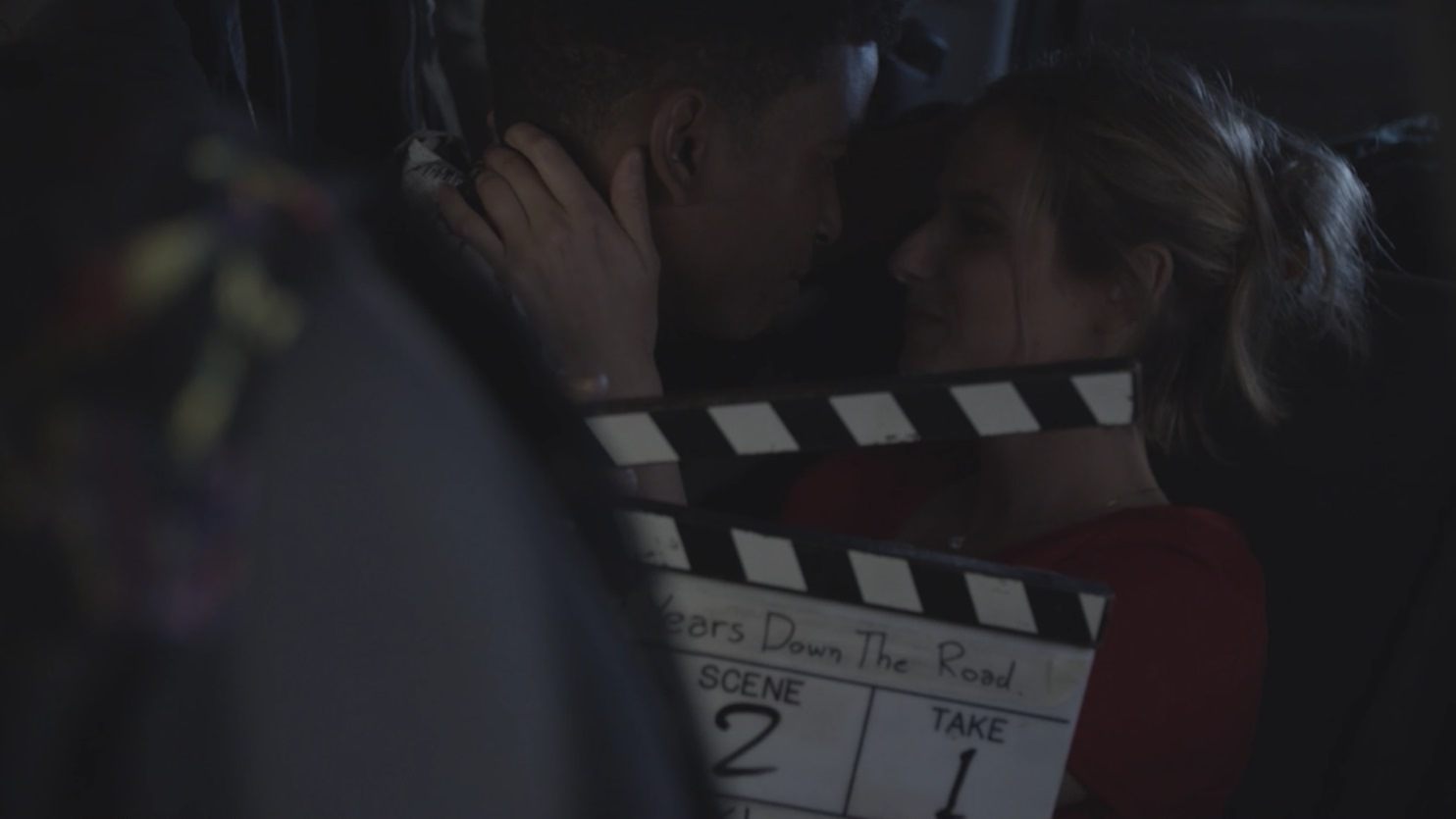 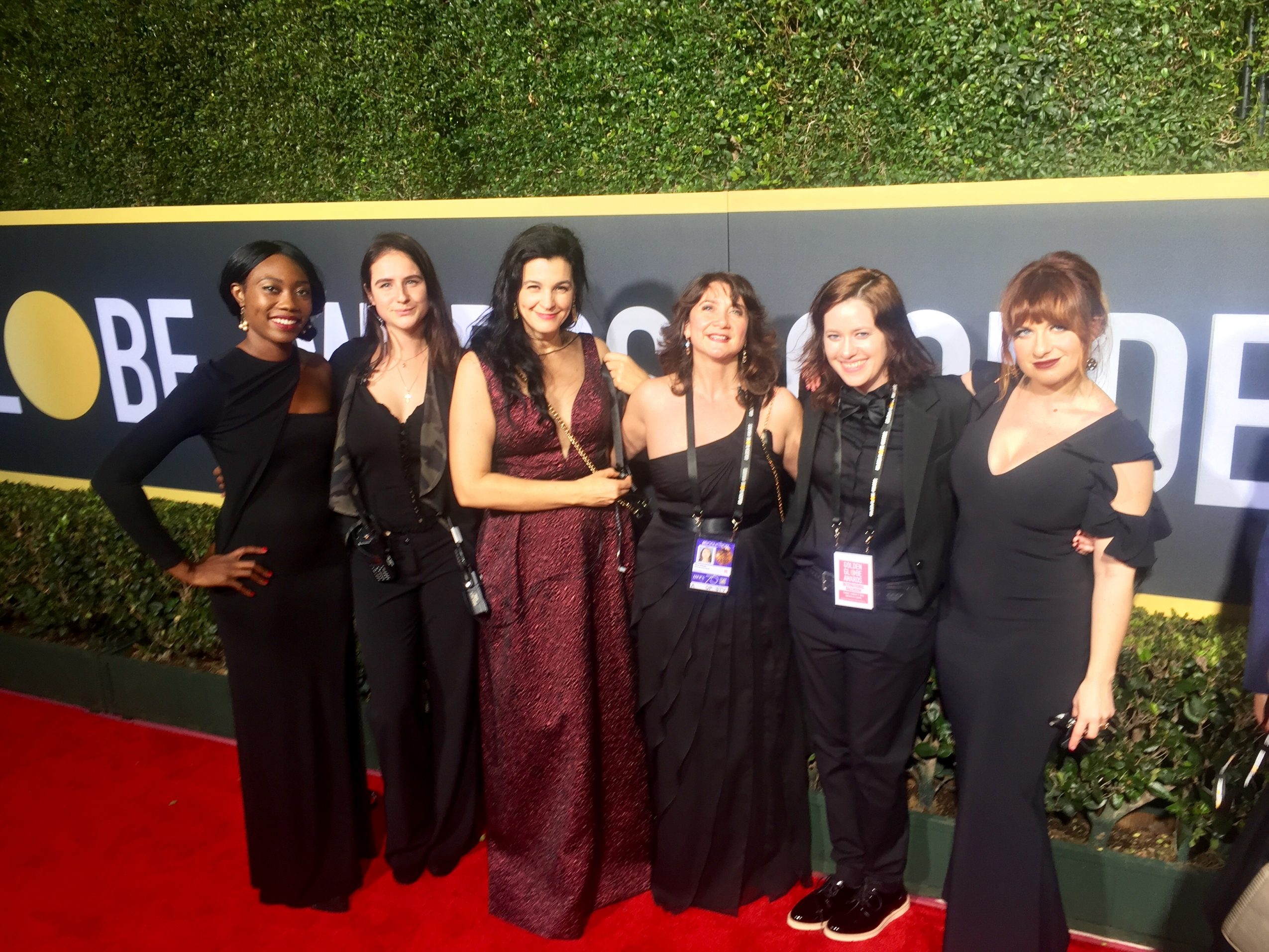 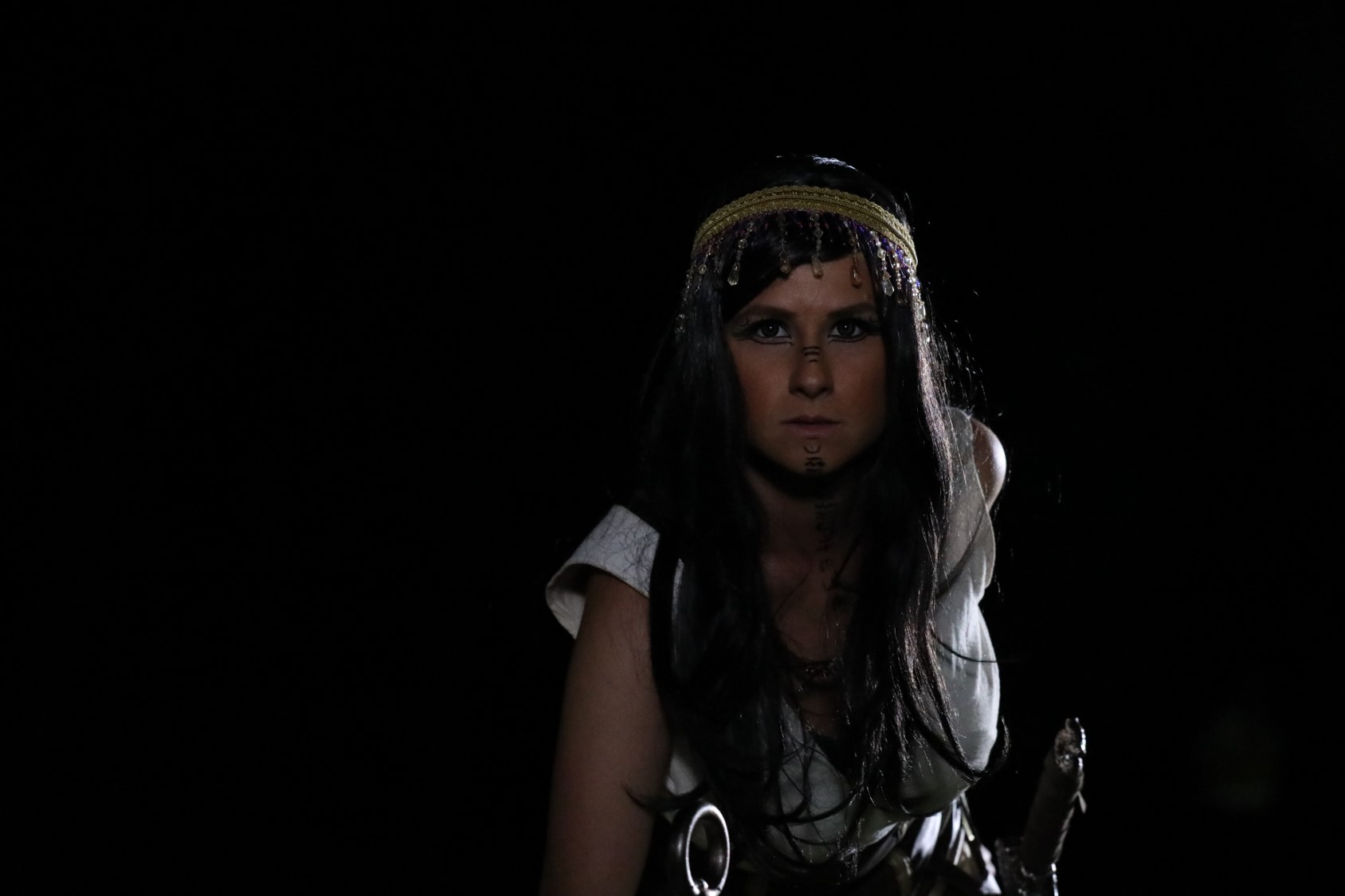 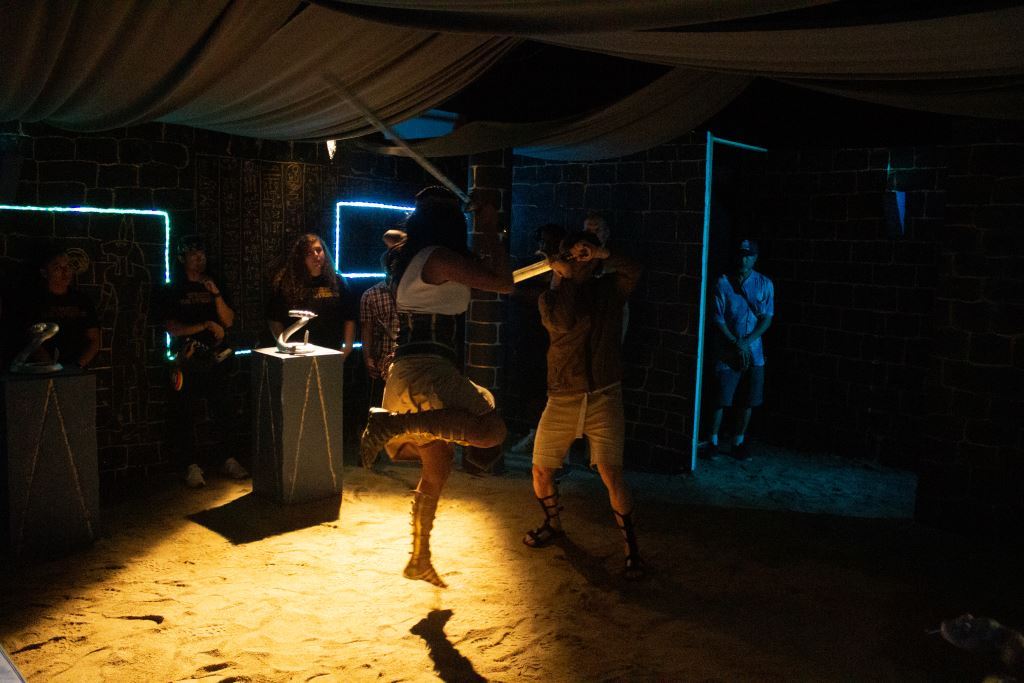 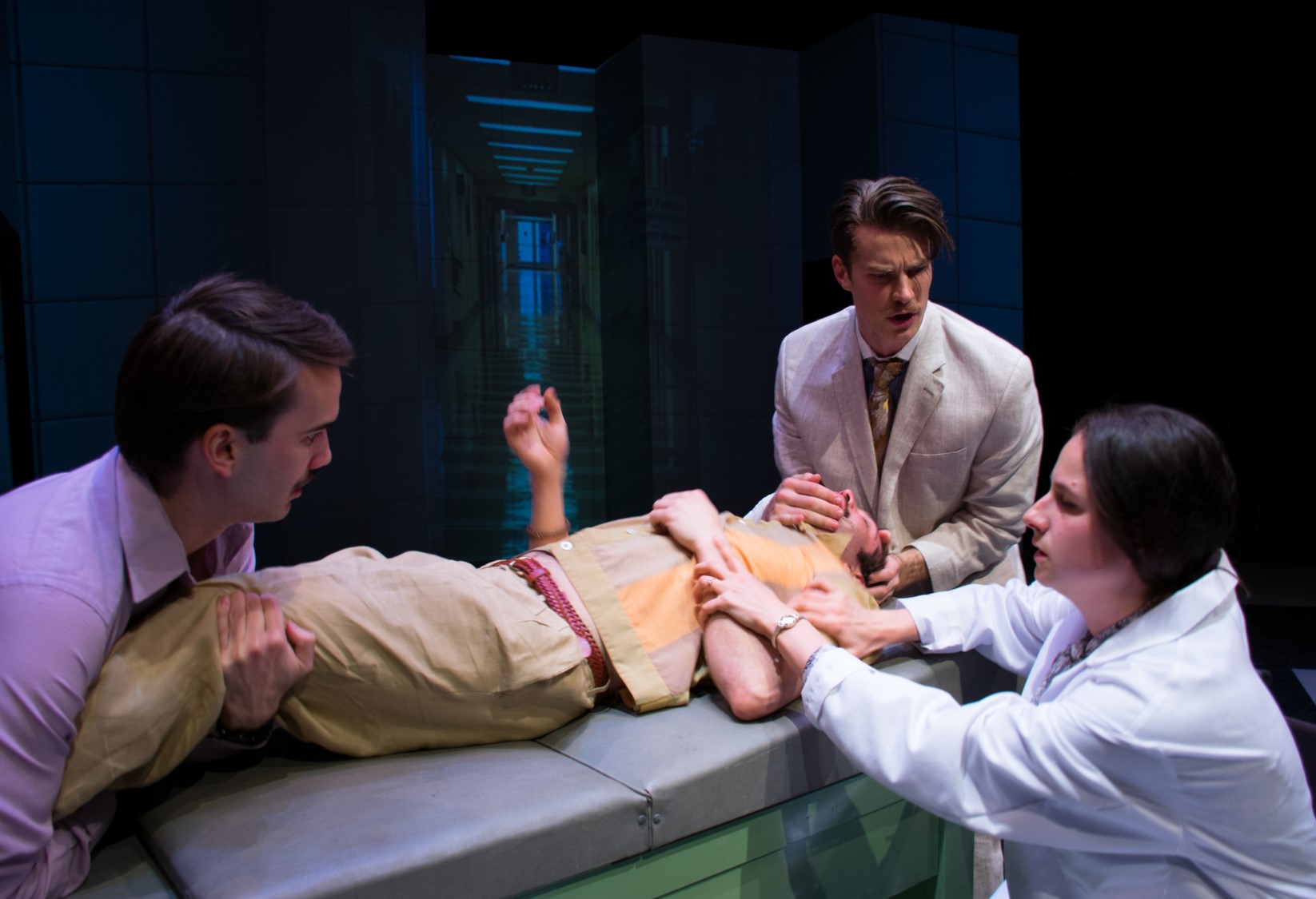 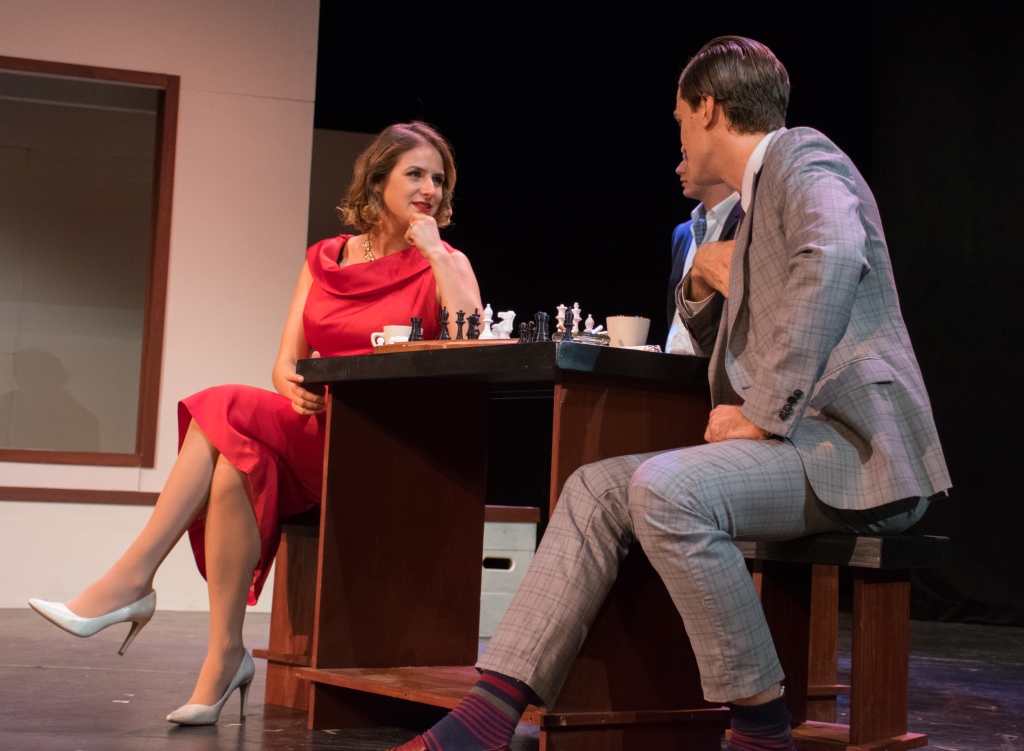