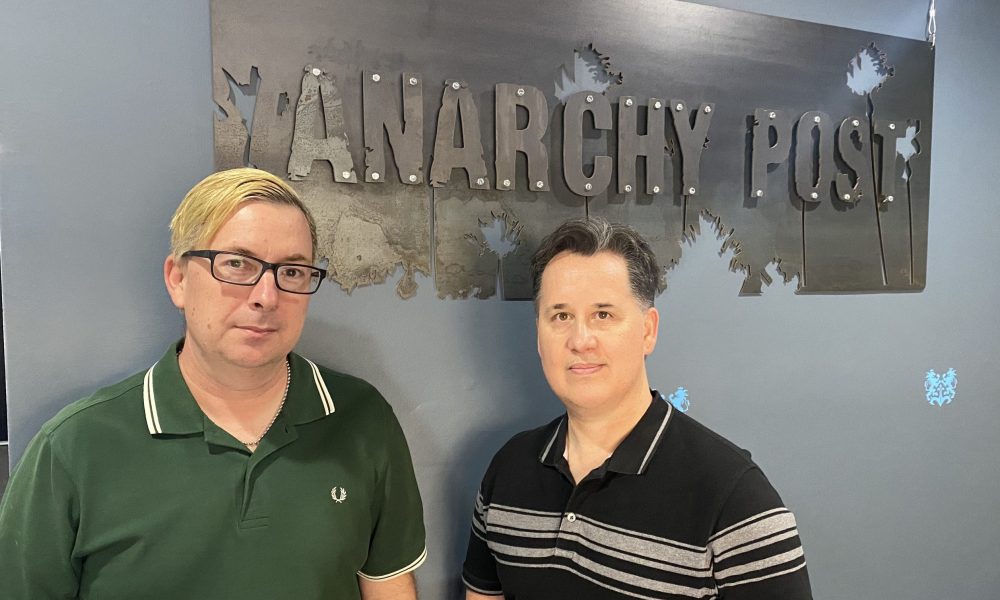 Thanks for sharing your story with us Dan and Eric. So, let’s start at the beginning and we can move on from there.
Anarchy Post was born from chaos. We were working at a post facility in the San Fernando valley that was in trouble. Big trouble, like “the courts are appointing a receivership” trouble. The facility had clients who had already paid deposits for sound services on their projects. Those projects would soon be tied up in the worst kind of red tape and nonsense. The current owners of this facility had no intention of finishing those projects and instead locked everyone out of the building.

Finding a padlock on the door one morning, we decided to do something to save the relationships that we had formed with the clients. We also recognized that our skill sets and expertise complimented one another and we REALLY didn’t want to go work for someone else at a larger facility. So we took quick action and “protected” the clients’ movie assets, pulled some loans, found an investor, found a building, built a post facility and that’s how Anarchy Post was born!

We’re always bombarded by how great it is to pursue your passion, etc – but we’ve spoken with enough people to know that it’s not always easy. Overall, would you say things have been easy for you?
Anarchy Post opened in 2008 just in time for the country to enter a massive recession, so, no, not so smooth. Fortunately, we had great clients who trusted us while we were able to find our footing. The Post Production industry can be very tricky and hard to navigate. There are tons of new gear and software coming out all the time and the technical delivery requirements that networks and studios need are always shifting and updating.

Eric Lalicata’s ability to see into the future and predict which technology to buy and when to buy it has been of utmost importance. Dan Snow’s ability to find great projects and stay away from …” not great” projects has also been a huge factor in Anarchy Post’s success.

We’d love to hear more about your company.
“Anarchy does not imply the total absence of rules, but rather an anti-authoritarian society based on the spontaneous order of free individuals in autonomous communities, operating on principles of mutual assistance, voluntary association, and direct action.” Anarchy Post is an owner-operated company that specializes in post sound and color grading for feature films and television. Specific services include sound editing and mixing, ADR recording, Foley Recording, Color Grading and Final Video Mastering.

We focus on and are most passionate about indie features, documentaries and streaming series.

We are one of the very few independent post facilities that specialize in both video and sound services. We can offer a “one stop shop” for indie filmmakers and offer indie film rates. In one location, clients can review their sound mix and then walk down the hall to check out their color grading session.

Dan and Eric work as in-house post-production supervisors on many of the projects that come through Anarchy Post. When it comes to post-production workflows, we have seen it all. We know how confusing post-production can get and it’s our goal to make the process as easy as possible so creative people can focus on being creative.

Anarchy Post has over 750 film and television credits. Some of these can be found on Netflix, Amazon Prime, Disney+, Starz, Cinemax, and ESPN. We’ve worked on films that have screened at all of the major international film festivals, including Sundance, South By Southwest (SXSW), Tribeca and Toronto, to mention a few.

Some of the projects we are most proud of are The Lords of Salem (Dir. Rob Zombie) Bones Brigade (Dir. Stacy Peralta) I am Human (Dir Taryn Southern & Elena Gaby) StartUp (Dir. Ben Ketai), Beatriz at Dinner (Dir. Miguel Arteta) and the Disney+ show Pick of the Litter (Dir. Don Hardy & Dana Nachman).

One of the defining aspects of Anarchy is the community that has sprung up around the business. We are very proud of all the sound and video craft-people who have worked with Anarchy Post, and who are out in the post-production world, making cool, creative things happen.

One of the most inspiring aspects of what we’ve created with Anarchy Post is that many times when people walk in these doors, they are fulfilling a life-long dream. This phenomena is something that mainly happens with indie films because those are projects that are usually the culmination of a very personal creative professional journey. When you see the pictures people post from within Anarchy, you almost always see that just being in the building is a very special marker in their lives. Take one scroll through the Anarchy Post Instagram (https://www.instagram.com/explore/locations/5798600/anarchy-post/) and you’ll see picture after picture of so many happy faces, people from all walks of life beaming with pride and satisfaction that they’ve made it to this important moment in their life. It’s pretty magical.

So, what’s next? Any big plans?
Anarchy Post is constantly on the lookout for fun and important projects. Interesting documentaries seem to find their way to us through word of mouth, which is fantastic. Streaming services like Netflix and Disney+ are the obvious future of media distribution. In order to serve the needs of our clients for this new media landscape, we have just upgraded one of our mix stages to offer DOLBY ATMOS sound mixing for home theatre and one of our color grading rooms to offer DOLBY VISION color mastering. 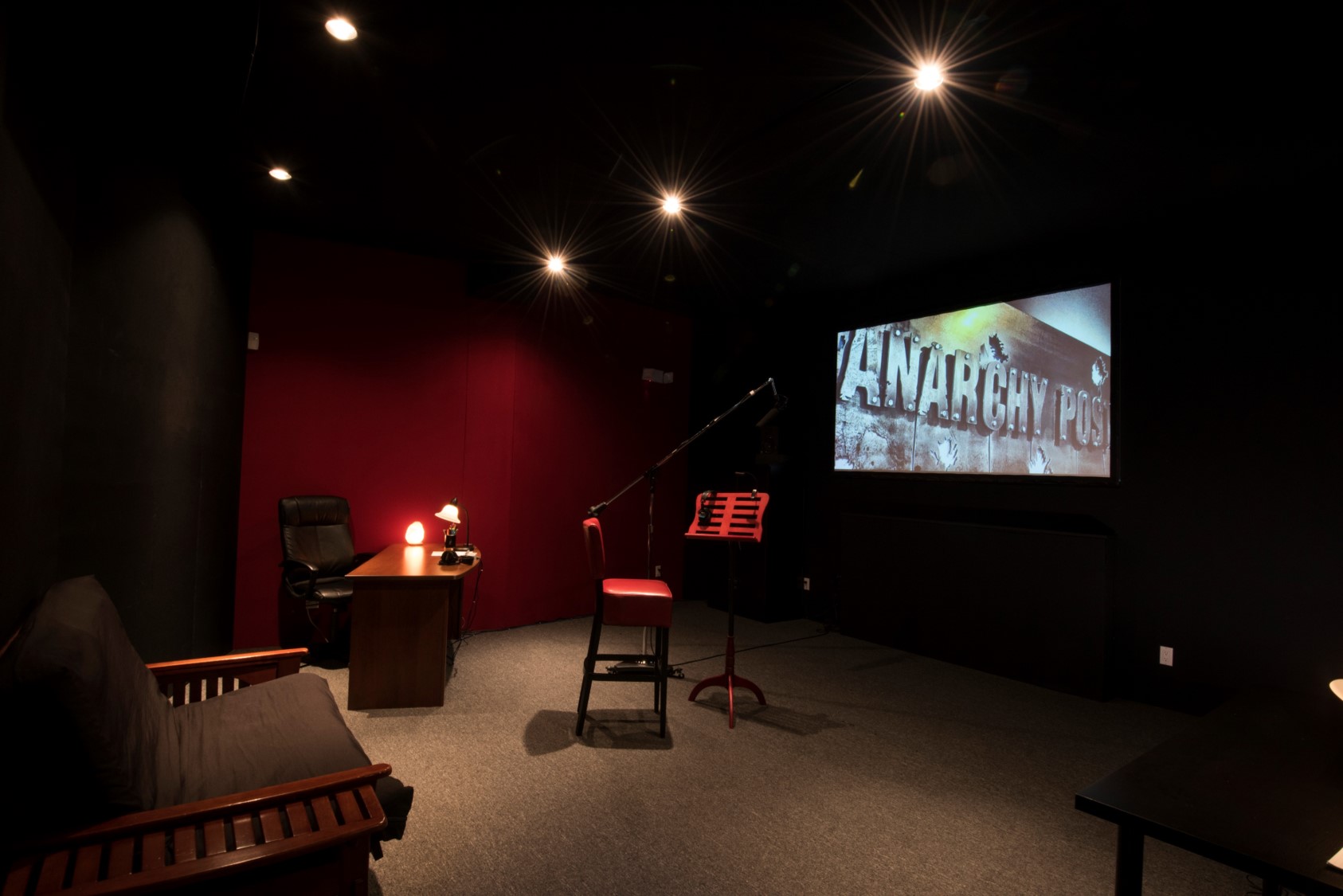 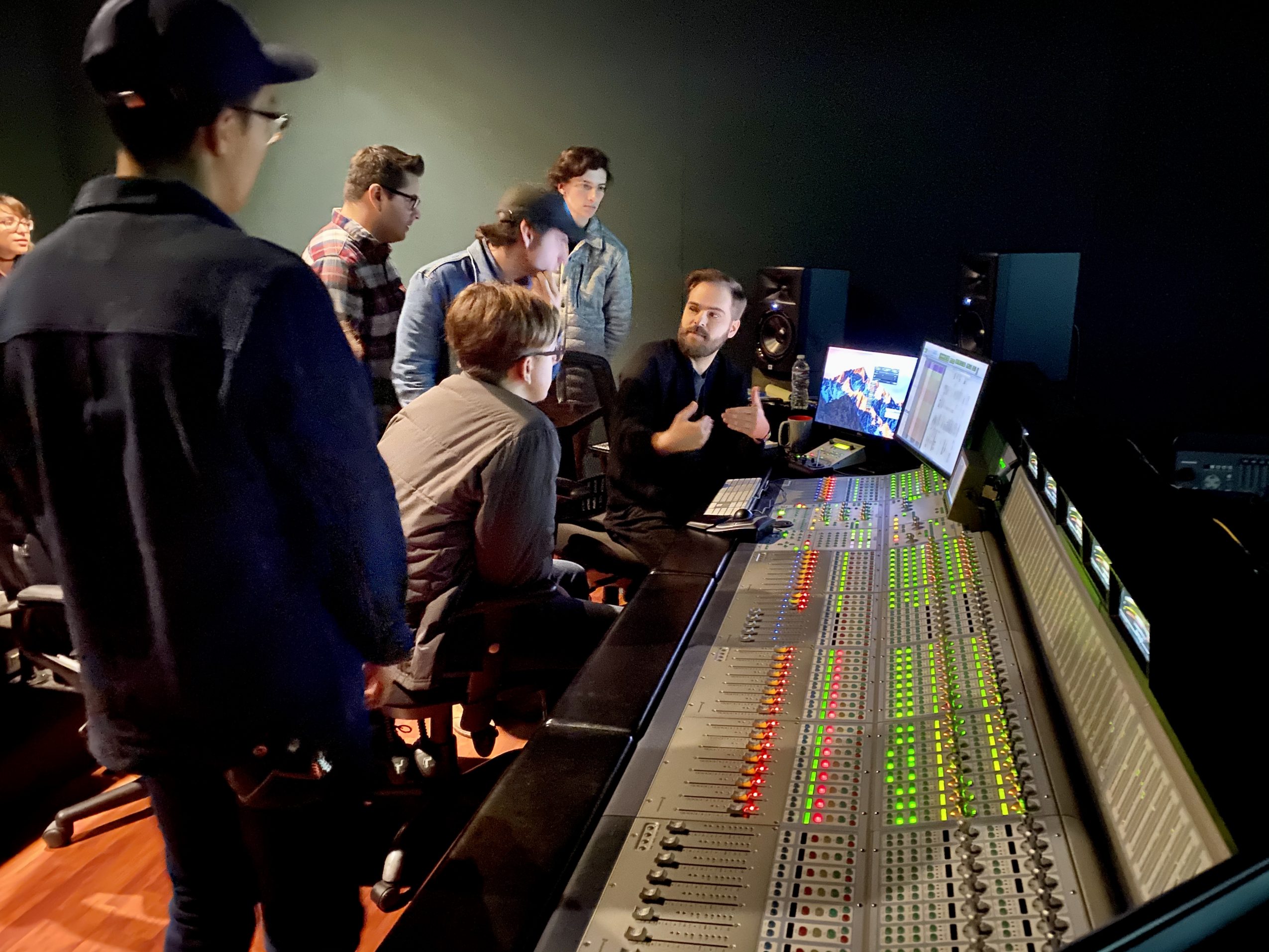 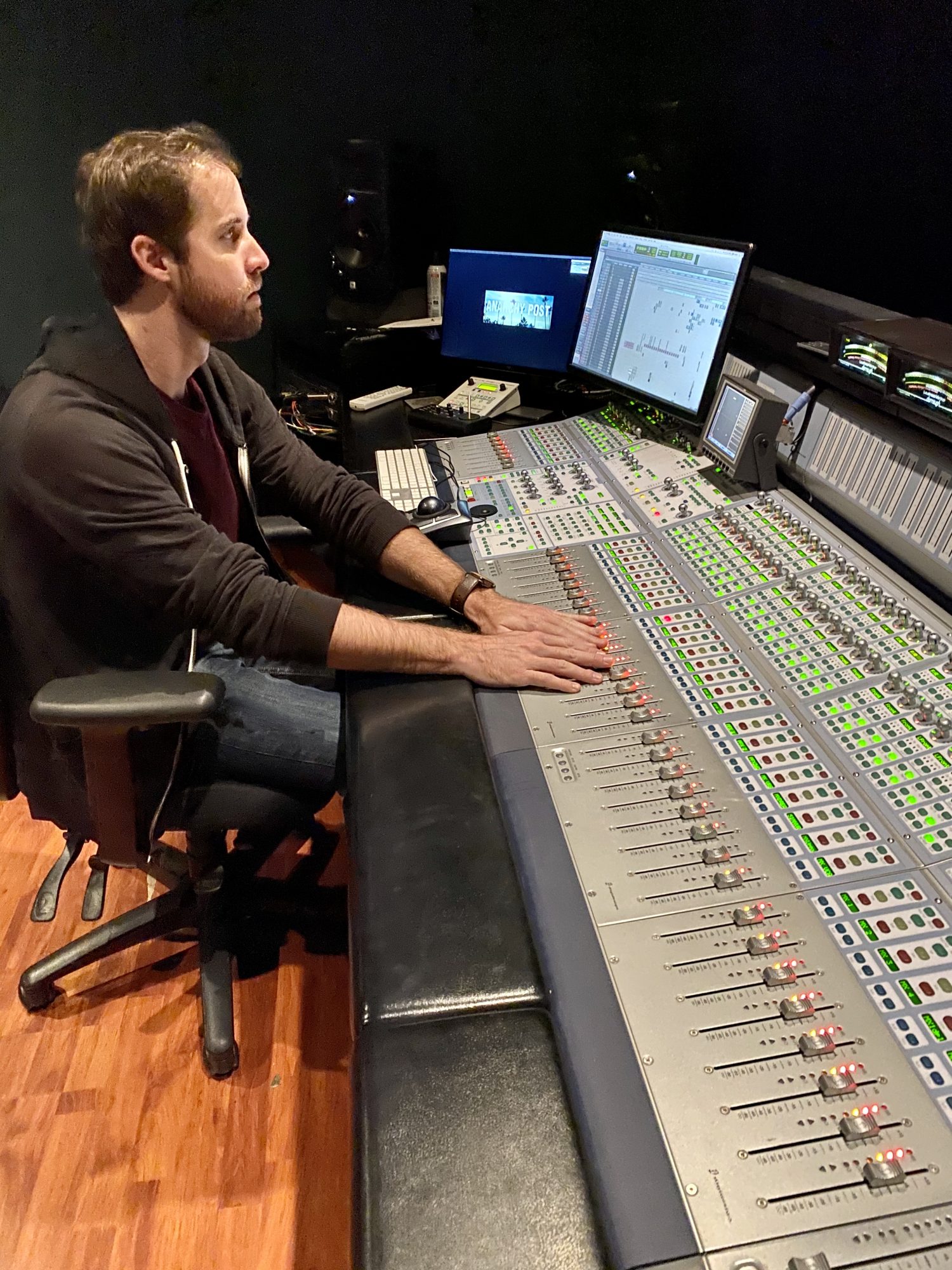 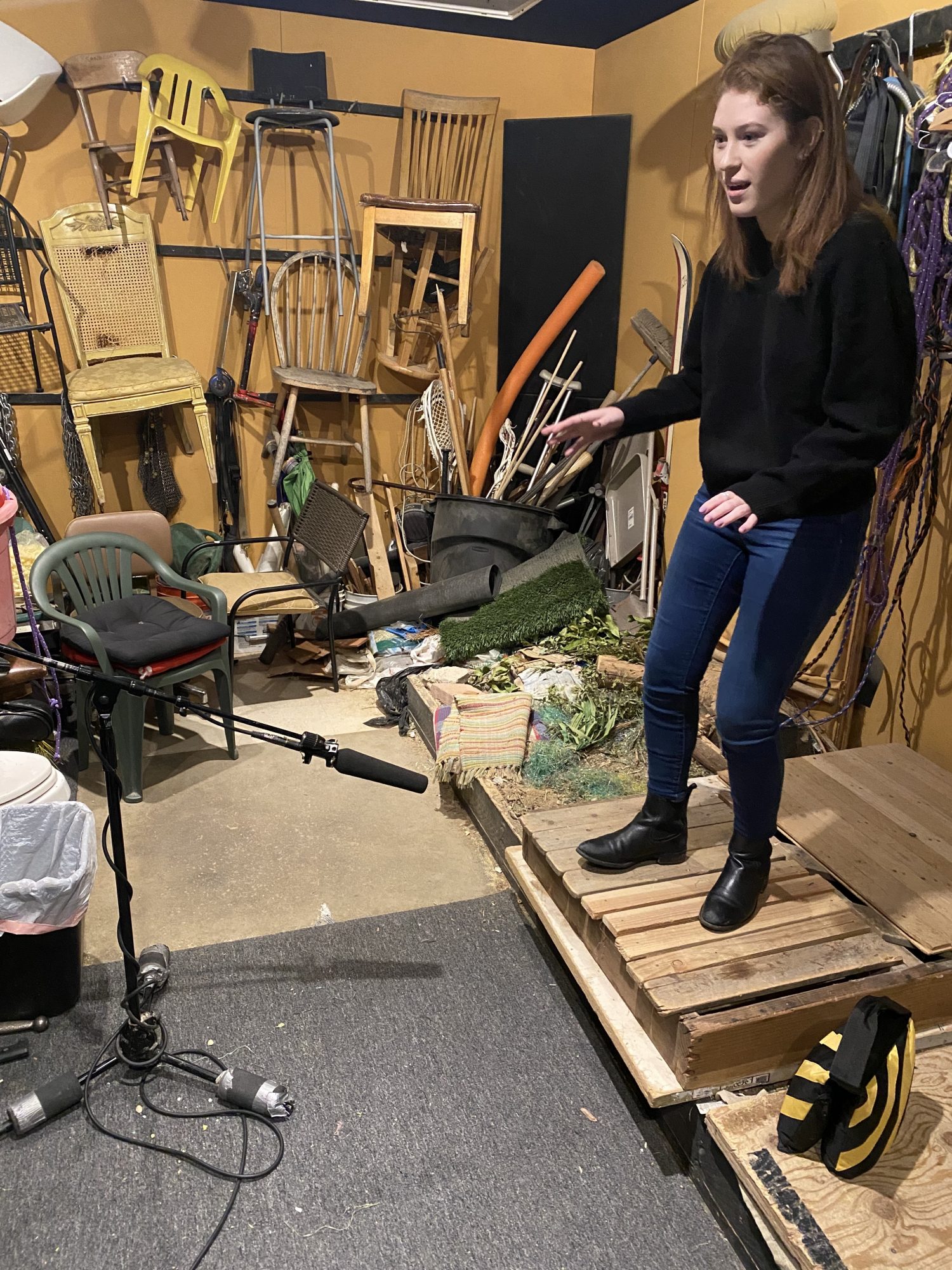