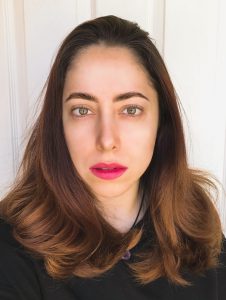 Today we’d like to introduce you to Ana Victoria Esquivel.

Ana Victoria, can you briefly walk us through your story – how you started and how you got to where you are today.
I’m a fantasy artist based in Los Angeles, California. Born and raised in Panama City, Panama, I been drawing and painting since the early age of two. Even though I underwent a traditional education, my interest has always been very clear: creating, in all of the possible realms.

In 2008, I earned a scholarship in Savannah College of Art and Design but had to return to Panama after a year due to personal reasons. I feel like my artistic career was interrupted or postponed indefinitely. I have always fought the battle between following my dreams and conforming with a stable office job.

Following this, I enrolled in architecture school, graduated and worked in architecture firms designing buildings for three years. In 2015, I moved to London to attend the Academy of Freelance Make-up, because I had been doing make-up as a hobby for years at that point and I wanted to do it alongside with my architecture career.

Eventually, my interest in makeup overpowered my interest in the office job life and I did what sounds ridiculous if you live in Panama and have limited resources: In 2017, I moved to Los Angeles, California to pursue a career in Special Effects Make-Up and Fantasy Art for the film industry. I attended Make-Up Designory school in Burbank where I received training in advanced lab techniques.

My introduction to the industry was characterized by hopelessness and cluelessness, but around that I randomly met the sculptor Matt Rose (who designed the make-up for Hellboy), who took me under his wing and became my mentor in the art of sculpting. It was him who wrote me the letter of recommendation for a position in the renowned art studio Schell Sculpture Studio, where I became Jordu Schell’s art assistant, and later on, studio manager. I can’t say this enough: coming from Panama, these things seem impossible. I gave up a lot to come here but I also gained a lot in the process after risking it all.

Since then, I have continued to work in the areas of sculpture, painting, lab tech, prosthetics, make-up, hair punching and styling, illustration and graphic design. I get very excited and hopeful when I hear people from my home country or central America say I am one of the few of us doing this here and that they believe in me. 2020 has been especially hard because of the pandemic but I have managed to live off my art and the products I sell on my Etsy. I don’t like to limit what I do to one branch but rather create art in all of its expressions and I am always taking commissions.

Overall, has it been relatively smooth? If not, what were some of the struggles along the way?
Not smooth at all. My first year in LA was a disaster. I moved five times, always had problems with roommates where my safety was put on the line, I gained it all and lost it all over and over again, and it was a true test of my patience and resilience. I also got very sick and had no health insurance, and many other things that come along with being a transplant in new territory. I also knew absolutely no one when I moved here and being an introvert, it was a challenge to market myself and knock on every door that allowed me to work in the future.

We’d love to hear more about your work and what you are currently focused on. What else should we know?
I am an independent artist. I don’t limit myself to one realm of art but rather like to explore all the possibilities. I am first and foremost known for being a make-up artist, both beauty and Special FX. A monster maker. I owe everything I can do to my base in traditional art which includes drawing, painting, illustration both digital and physical, and performing arts.

What I’m most proud of is how adaptable I have grown to become, to the point where a completely foreign and new artistic challenge is posed before me and quickly I manage to absorb the know-how like a sponge and in relatively short time become confident enough to execute the newly acquired skill. I think this comes from my obsessive personality and ability to hyper-concentrate on a given task.

What sets me apart from others is that I can’t easily be put in a box, I am weirdly a jack of all trades all the way from artistic skills to finances and administrative knowledge.

Any shoutouts? Who else deserves credit in this story – who has played a meaningful role?
Matt Rose, the artist behind the make-up design of Hellboy, right hand of Rick Baker, took me under his wing and became my mentor during my first and most difficult year in Los Angeles. He taught me so much and to always push myself further and never settle for what I can do, and always aim to perfect my skills. He was such an impossibly talented and kind person. I think he literally saved me from moving back home. He saw in me what I couldn’t see in me and convinced me to stay. Unfortunately, he passed away last year. I got a tattoo in his honor.

Jordu Schell, my boss, has also played a huge role in my growth as an artist because he has come to trust me more and more and assign me more and more complicated artistic tasks always pushing me beyond my comfort zone and isn’t shy to teach me his ways in art, which is awesome because he is one of the best creature designers out there. 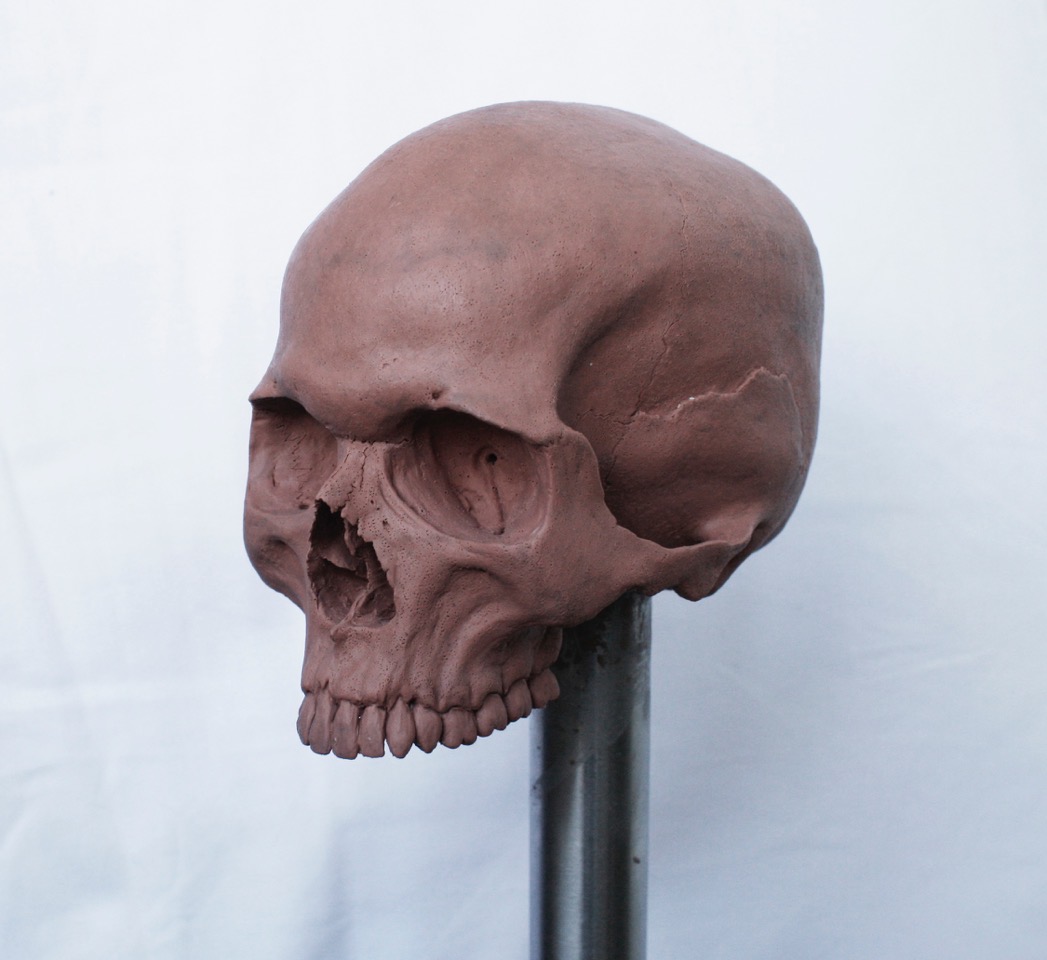 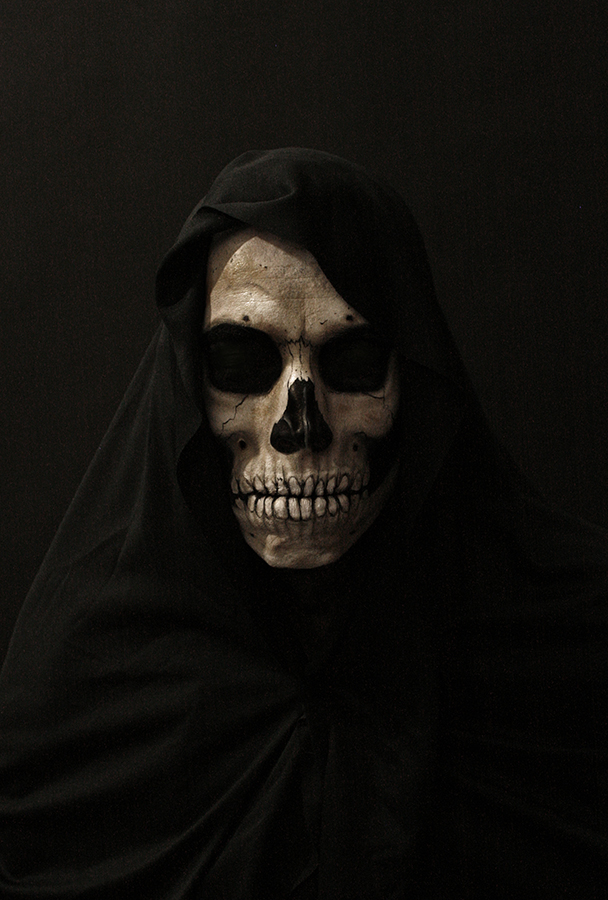 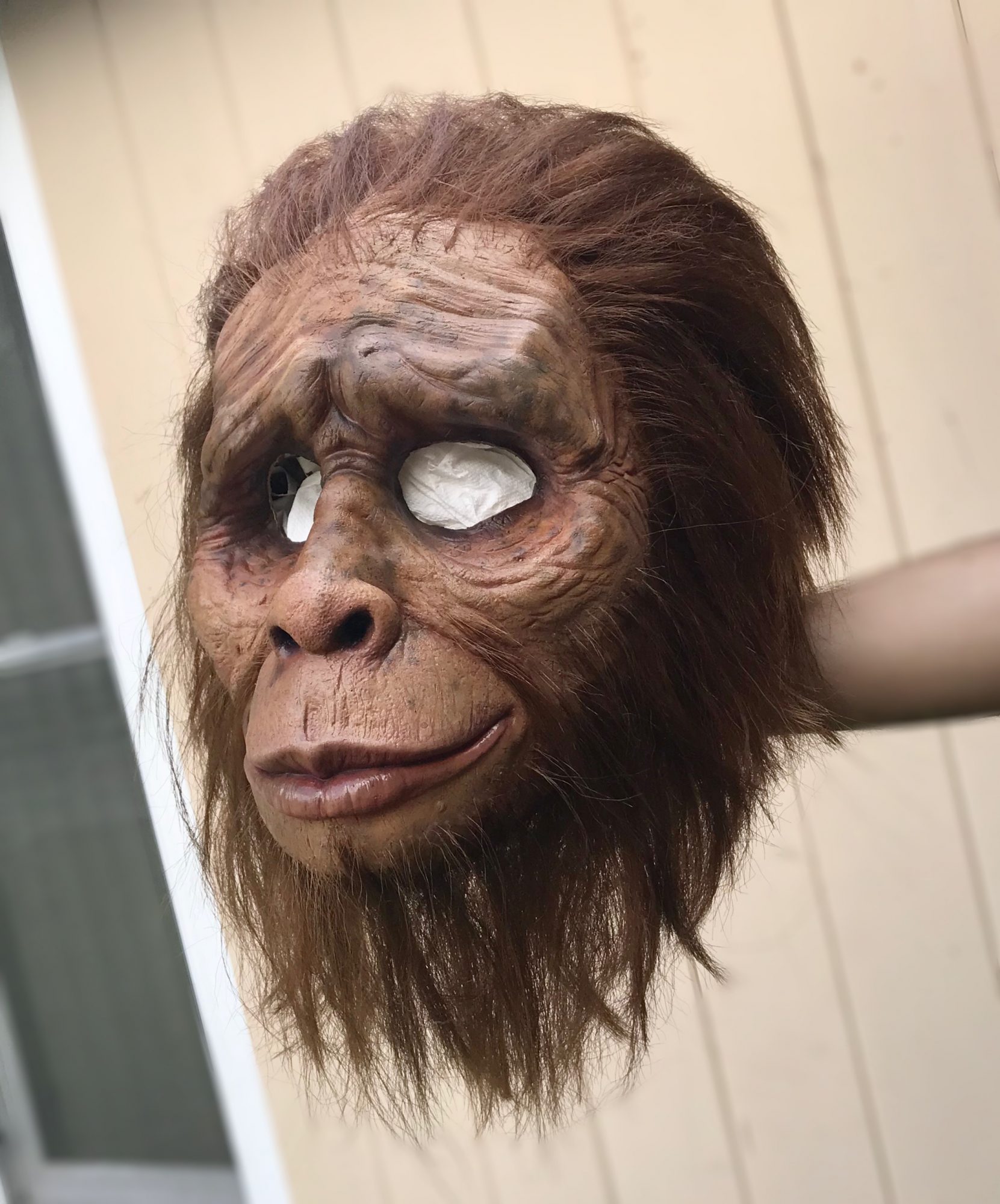 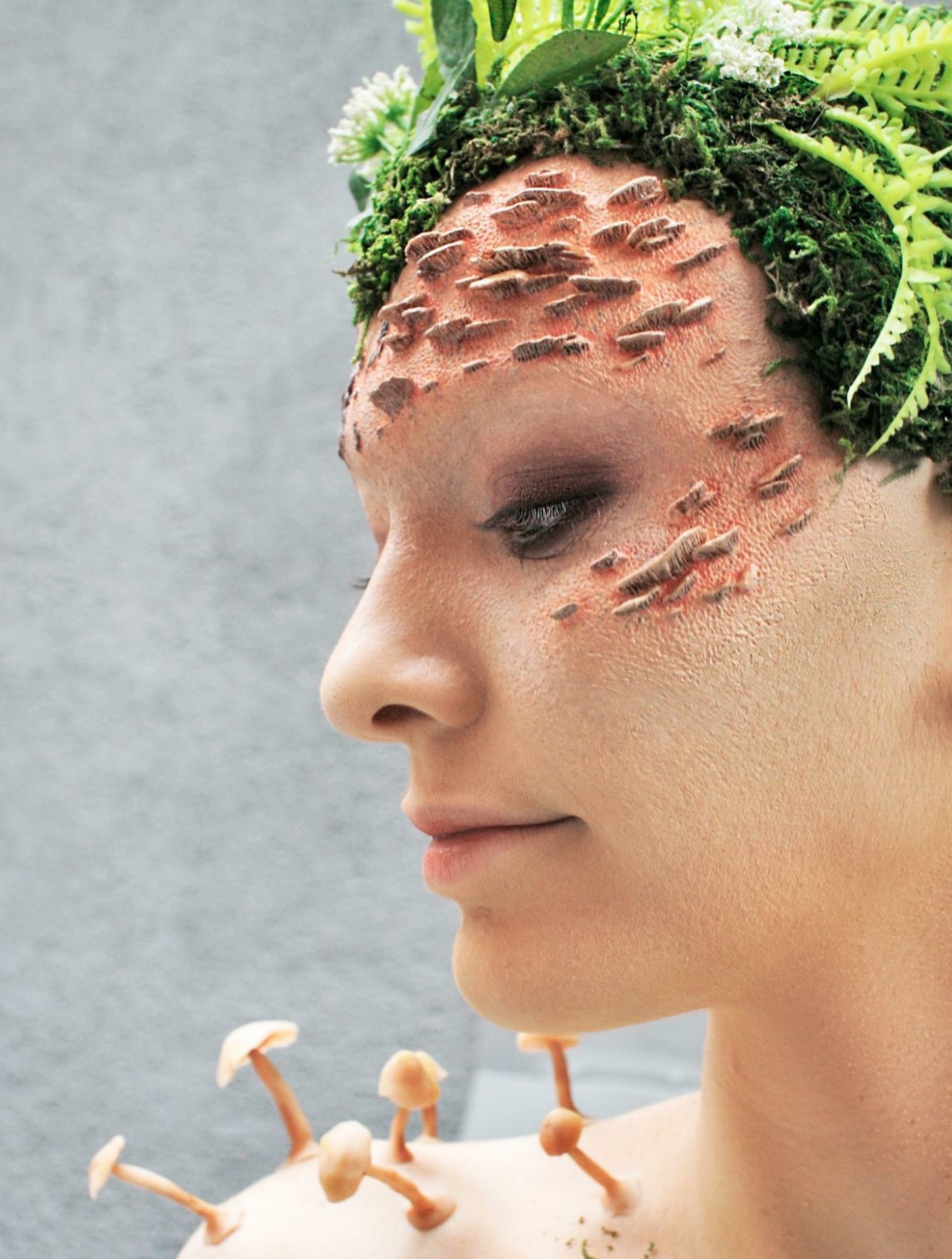 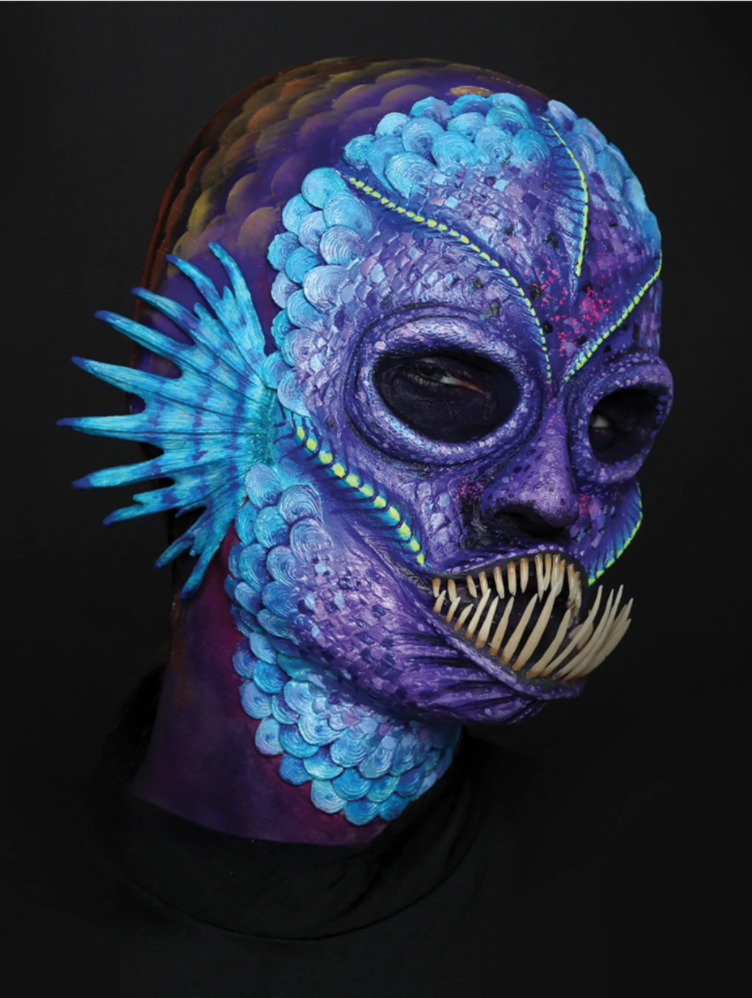 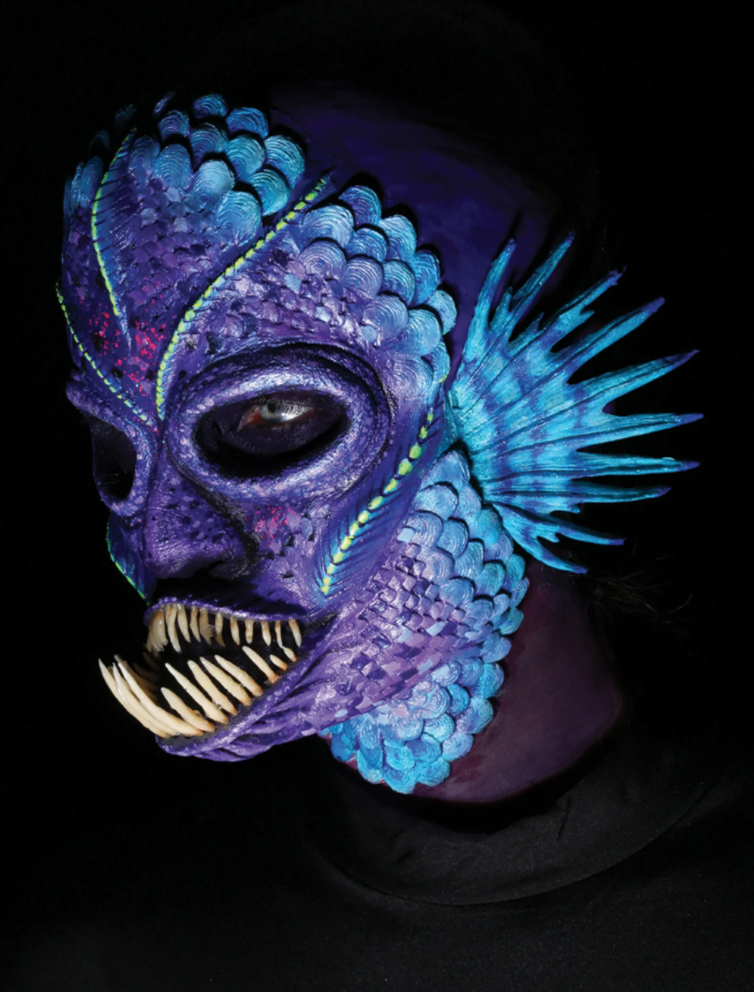 Image Credit:
All of the images are my original artwork (creature design, sculpture and makeup)