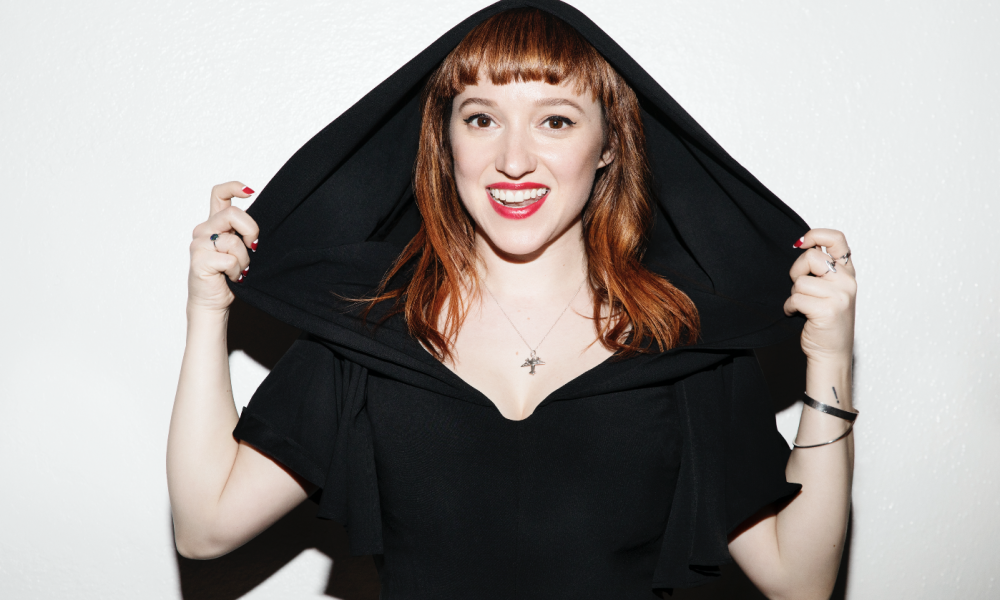 Today we’d like to introduce you to Amy Shira Teitel.

Amy Shira, let’s start with your story. We’d love to hear how you got started and how the journey has been so far.
I’m a spaceflight historian, author — my new book, Fighting for Space, is out now! — TV personality, and public speaker.

My fascination with spaceflight started with my second-grade project on Venus. One of the books I was reading had a two-page spread on all the major bodies, and on the page about the Moon had a drawing of two astronauts in front of the lunar module… and I was amazed. I’d never heard of Apollo, but suddenly I wanted to know everything about how and why people went to the Moon! That drawing started me on what has become a lifelong fascination with the so-called golden era of spaceflight, though I extend my preferred time frame to include 1930s aviation all the way through to the end of Apollo in 1975. What’s amazing about the era is the more you learn, the more there is to find out. There is no shortage of interesting facets when you’re talking about humanity’s first steps into air and space.

My new book is looking specifically at the female element, that is to say where women fit into the landscape of aviation in the first half of the 20th century and why they were barred for entering space with men in the 1960s. It’s presented as a dual biography of two women: Jackie Cochran, the most decorated pilot of the 20th century, and Jerrie Cobb, the woman who became the face of the fight of gender equality in space. They go head to head battling for control of a female spaceflight program that didn’t exist. It’s a fascinating slice of American history that just happens to be dominated by women.

Great, so let’s dig a little deeper into the story – has it been an easy path overall and if not, what were the challenges you’ve had to overcome?
I’ve been a freelance spaceflight historian for a decade now. It wasn’t a job when I started, and it’s still not something someone can apply for! I’ve followed a really untraditional path. I started in academia, earning my MA in Science and Technology Studies. I was so sure I’d go the PhD route and eventually teach, but it didn’t take long for me to realize I didn’t want to follow that path. I didn’t like the idea of spending five years on a dissertation that would meet someone else’s criteria and be read by five people. I much preferred the idea of spending time researching and writing something that satisfied my own criteria and could be read by hundreds or thousands of people.

I finished my degree, then unceremoniously turned my back on academia. I started writing a blog, Vintage Space, and that quickly turned into writing for a handful of space websites. After a couple of years, I started my YouTube channel under the same name to try and tap into the audience who was interested in space but not up for reading long-form articles.

Things kind of spiralled from there, but in a really good way! I learned how to be on camera, which helped me do some TV interviews, which brought more people to the YouTube channel, which grew my numbers on social platforms, which helped me sell my first book in 2013… and it’s been building ever since. I’ve never had a plan per se, nor have I ever set a limit on myself. I don’t know how far I can push the whole freelance spaceflight historian thing, but I’m going to find out!

We’d love to hear more about your work and what you are currently focused on. What else should we know?
My specialty is, broadly, anything remotely related to space exploration as it happened between about 1930 to 1975. That includes the roots of spaceflight in WWII rocketry, human factors in aviation, and international politics. Though currently, because Fighting for Space is still so new, I’m more of a walking encyclopedia about Jackie Cochran, 1930s aviation, Jerrie Cobb, and astronaut qualifications in the 1960s leading into the Apollo era.

Space history, and aviation history, all skews older and male, so my other specialty is being one of the few women in my field with my expertise. It’s strange, but if you’re looking for interviewees who can speak to anything Apollo era and you need diversity, you’ll find me, the young woman with dyed hair and tattoos. It helps to stand out in this case!

What moment in your career do you look back most fondly on?
Among the proudest moments of my career — because there are a few that stand out — might be the talk I gave at the Savannah Book Festival this past February. I had one of the larger venues of the festival filled almost to capacity with a live broadcast on CSPAN Books, and Fighting for Space hadn’t even been released yet! It was wild to me to see so much enthusiasm and support for a book no one had read yet. It was surreal in a way. I was getting some great reviews, but to see people physically lined around the block to get into my talk when the book wasn’t on shelves was wild. 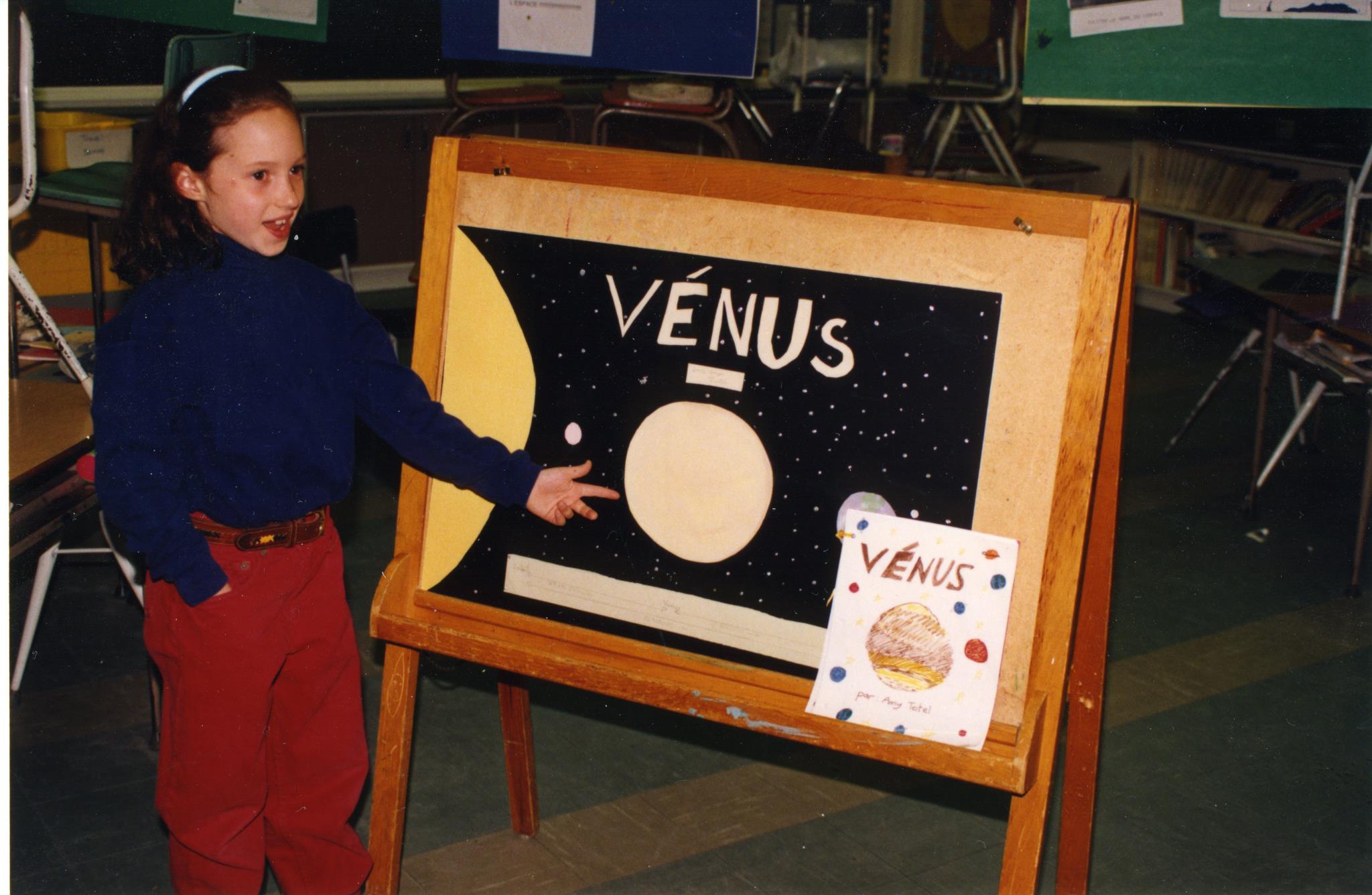 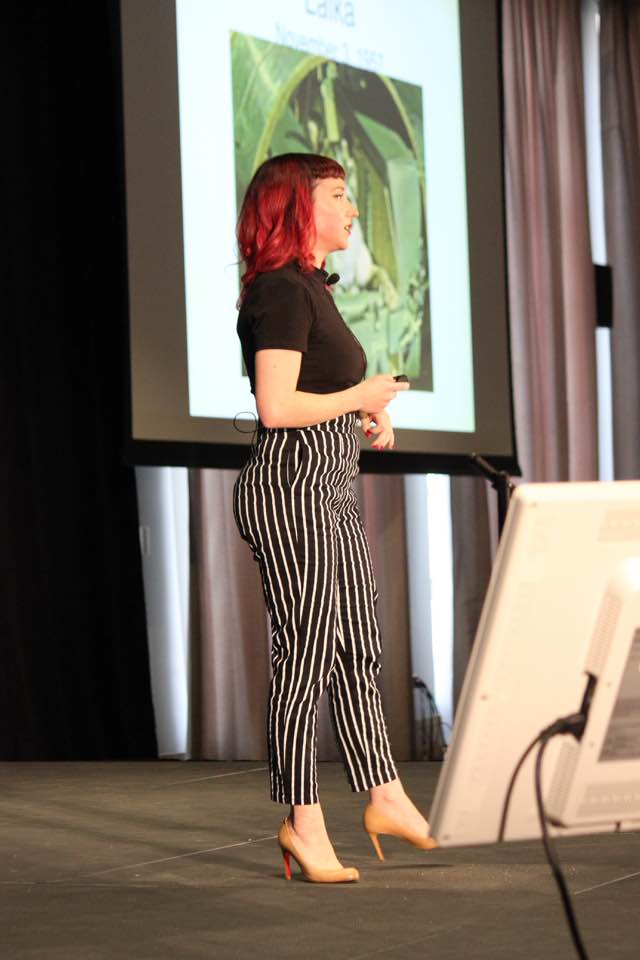 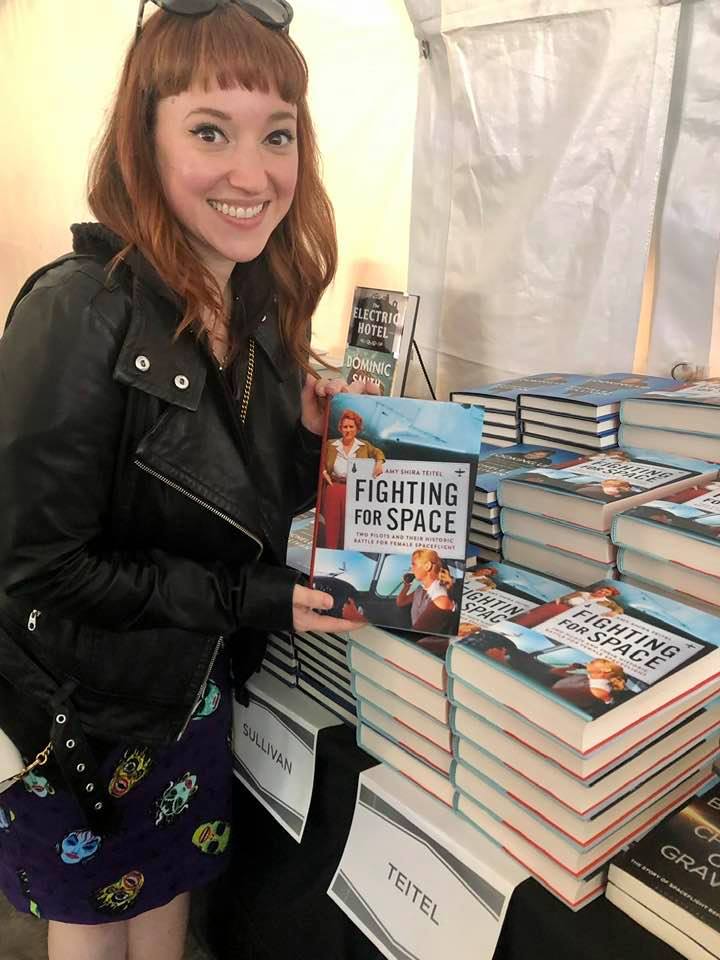 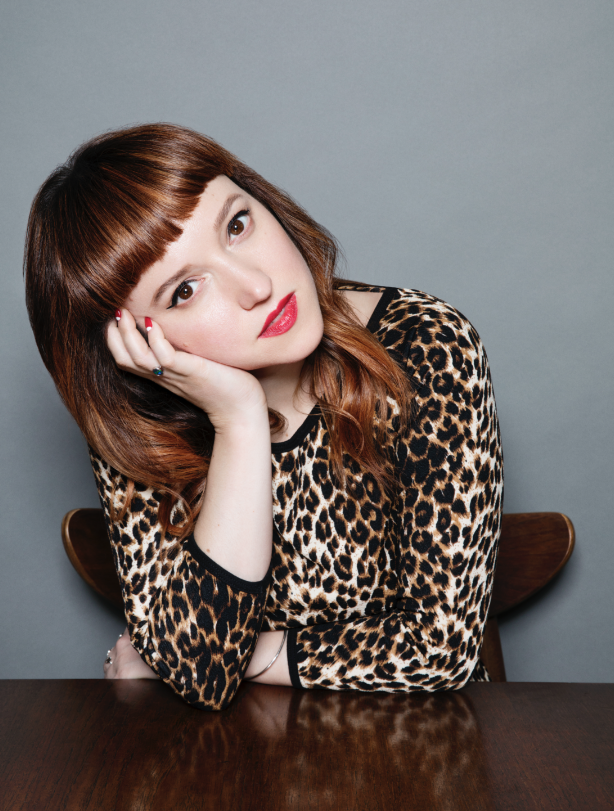 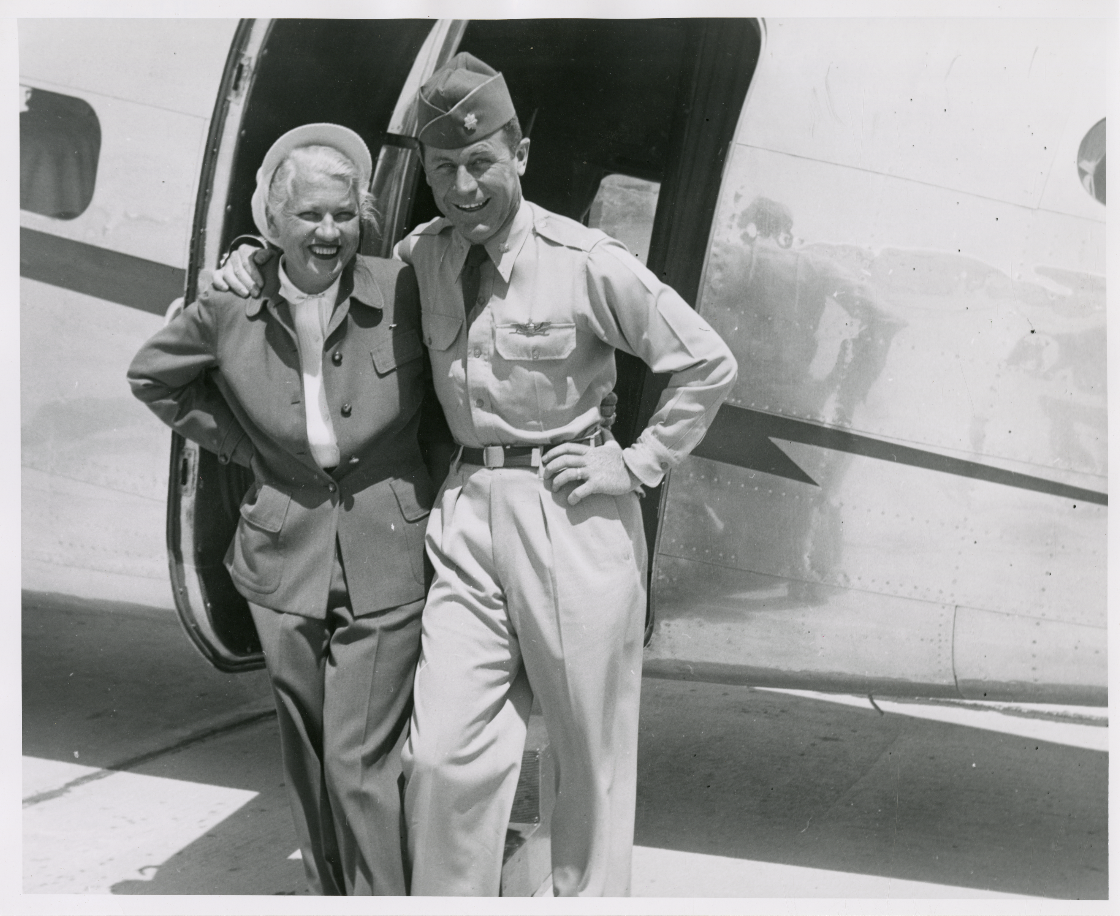