Meet Amy Kersten of Much Ado in North Hollywood 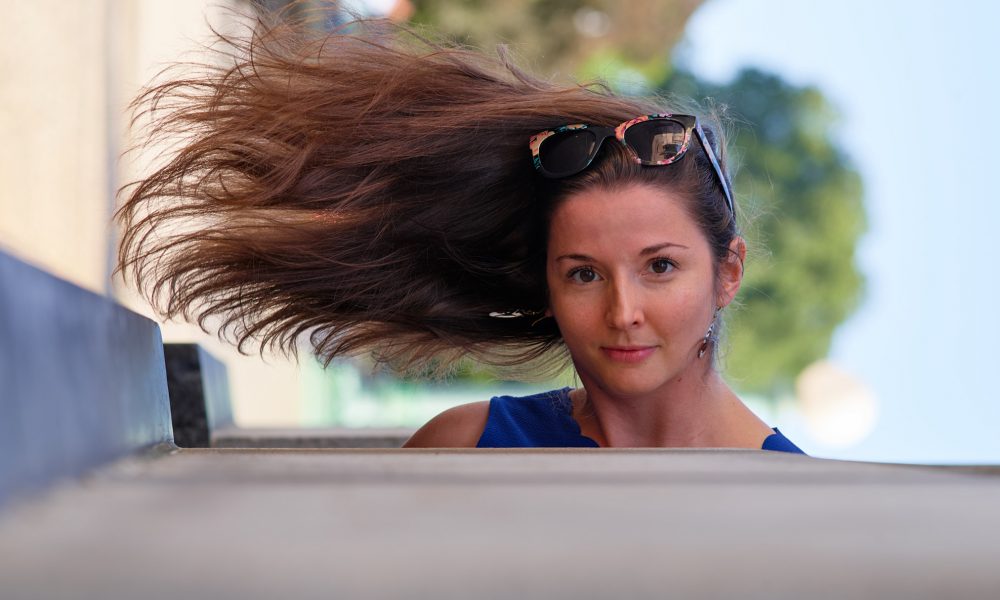 Today we’d like to introduce you to Amy Kersten.

Thanks for sharing your story with us Amy. So, let’s start at the beginning and we can move on from there.
One might say that my entertainment career was launched in rural Missouri – when I was cast alongside my dad’s 89’ Chevy as unnamed extras in a cult episode of Unsolved Mysteries. After a few less-than-stellar performances in local pageants, I then abruptly pivoted to a full-time serious actress at the wise age of nine. Ten years later, I found myself chasing the romantically false promises of Felicity in NYC. Early on, I broke into television… (correction) A television broke my face and resulted in a settlement that allowed me to produce my first web series HOT MESS, out of which I gained editing skills which led to producing and starring in comedy shorts for Lizz Winstead, co-creator of The Daily Show. I loved New York, but I landed two theater contracts that brought me to Shanghai to perform in the plays Venus In Fur and The 39 Steps; both English productions. I don’t speak Mandarin–yet. I did fall in love with Shanghai, but let’s be honest: LA was calling me, proverbially, not literally. I don’t have a famous uncle or anything–yet.

Homeless and full of dreams, I flew straight from China to LAX and somehow fell into a job as the director’s assistant on an Adam Sandler film. That job was a “trial by fire” intro to Hollywood in many ways personally, professionally, and geographically; I loved how the city made me feel and helped me heal old wounds. I even got a cameo in the film when we were shooting at Ventura Place (thank you, Steve Brill). From there, I got a VFX job in Budapest on the set of The Spy Who Dumped Me. I had the chance to watch writer/director Susanna Fogel direct, which was incredible. I then moved into a furnished garage in Studio City and wrote my first feature script, A Woman Abroad, currently in development. (I know, that sounds sooo “LA” but my producer will kill me if I don’t say it).

Between auditions and bookings, I now edit content full-time from my Noho Arts District apartment; down the street from the El Portal Theater, where I recently performed in the NBC Universal Showcase. Along the way, I’ve made a few indie comedy pilots but I’m currently most proud of After The March, a short period film I co-wrote and co-directed about the suffragist Alice Paul, who marginalized black women in her dogged pursuit of the vote. It was filmed in one night in Burbank and we just screened it for the centennial. So, needless to say…I owe a lot to this side of the hill.

Overall, has it been relatively smooth? If not, what were some of the struggles along the way?
As smooth as the complexion of a teenage fry cook. On the day I was hired for the gig in Budapest, I literally had $50 to my name. I arrived with only a backpack, having lost all my luggage. Ok, I didn’t lose it. I knew exactly where it was: locked in my friend’s apartment back in Brooklyn. So, you can imagine the smile on my face when I realized “Hollywood” put me up in a 4-star hotel.

I’ve been through the traditional hazing in LA–getting yelled at by millionaires while I make minimum wage. I have to say though, my life in NYC always felt “uphill.” In LA, awesome stuff seems to just fall in my lap. For example, I wrote this short film/pilot, In Case of Emergency, to shoot guerilla-style with my friends. A cast member sent the script to Director of Photography Alicia Robbins who read it and offered to shoot it with us. Alicia is now the head DP on that up-and-coming medical drama – Grey’s Anatomy. The short we made is now streaming on Amazon. Like, where else does THAT happen?

My true love is still acting but, as so many of us know, it is extremely hard to get momentum in this town. I show up to the struggle every day of getting someone with influence to even watch my reel; half of which is self-produced work I only could have made because of my experience on these sets I’ve mentioned above. I promise you it is an entertaining 90 seconds…because I’m an editor.

Please tell us about Much Ado.
I edit short-form video content; anything from comedic web series/pilots to doc shorts and trailers. I even scored a gig as the in-house video producer for the Geena Davis Institute, which makes me feel really cool. Much Ado is my entertainment development company, formed with my producing partner Margaret Bramwell Doyle. We strive to move the needle on films that tell alternative stories about women. I think what sets me apart is my innate ability to edit comedy starring women. I just see it so clearly, when I watch raw footage, how it will get a laugh out of even the most stubborn old-school executive. I’m really proud of that.

If you had to go back in time and start over, would you have done anything differently?
People often say, “Nothing, because it led to where I am now.” Sure.

The greater truth I wish I had known sooner is this: There is no substitute for the context of the present when trying to predict the future…so expect plans to go awry. 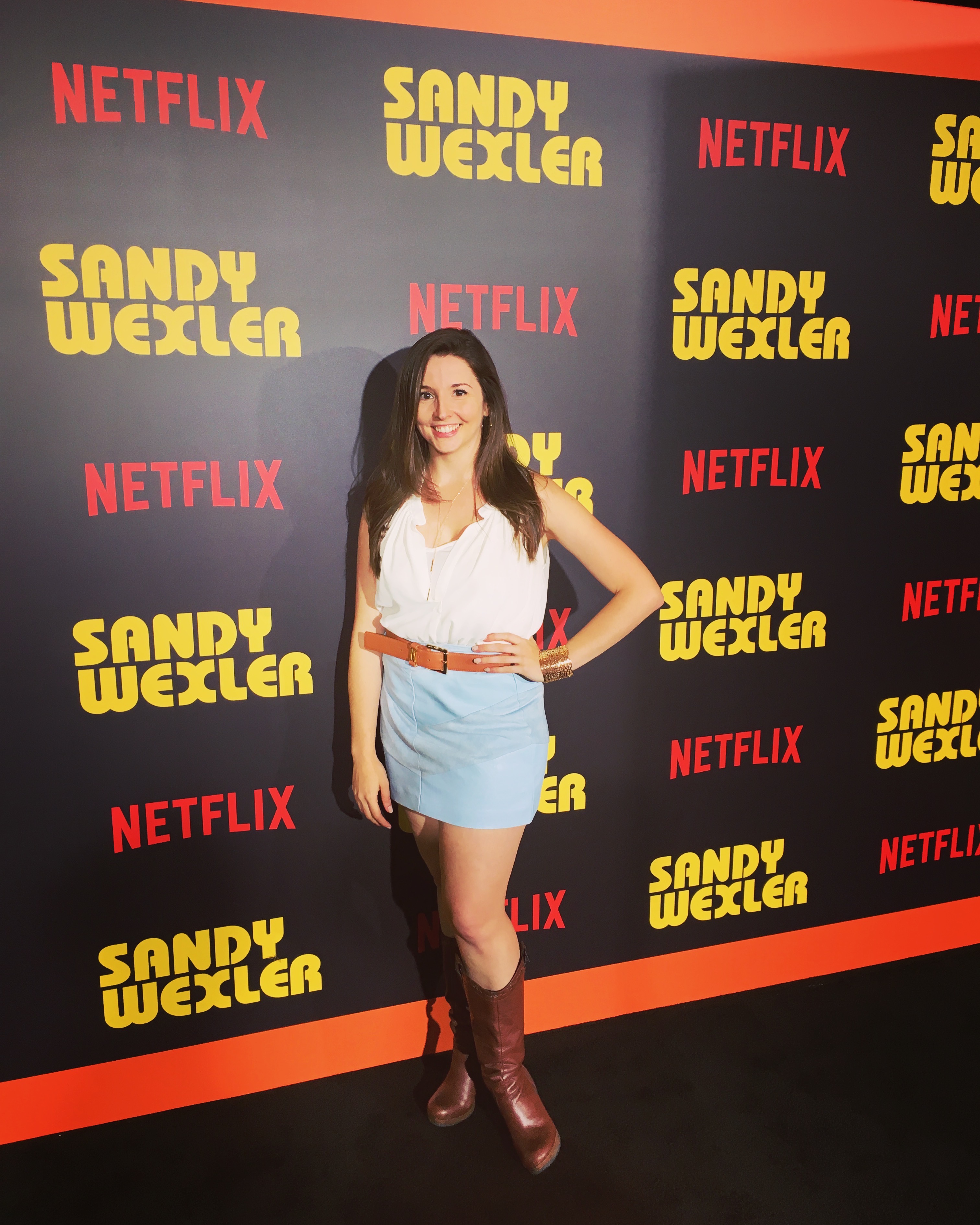 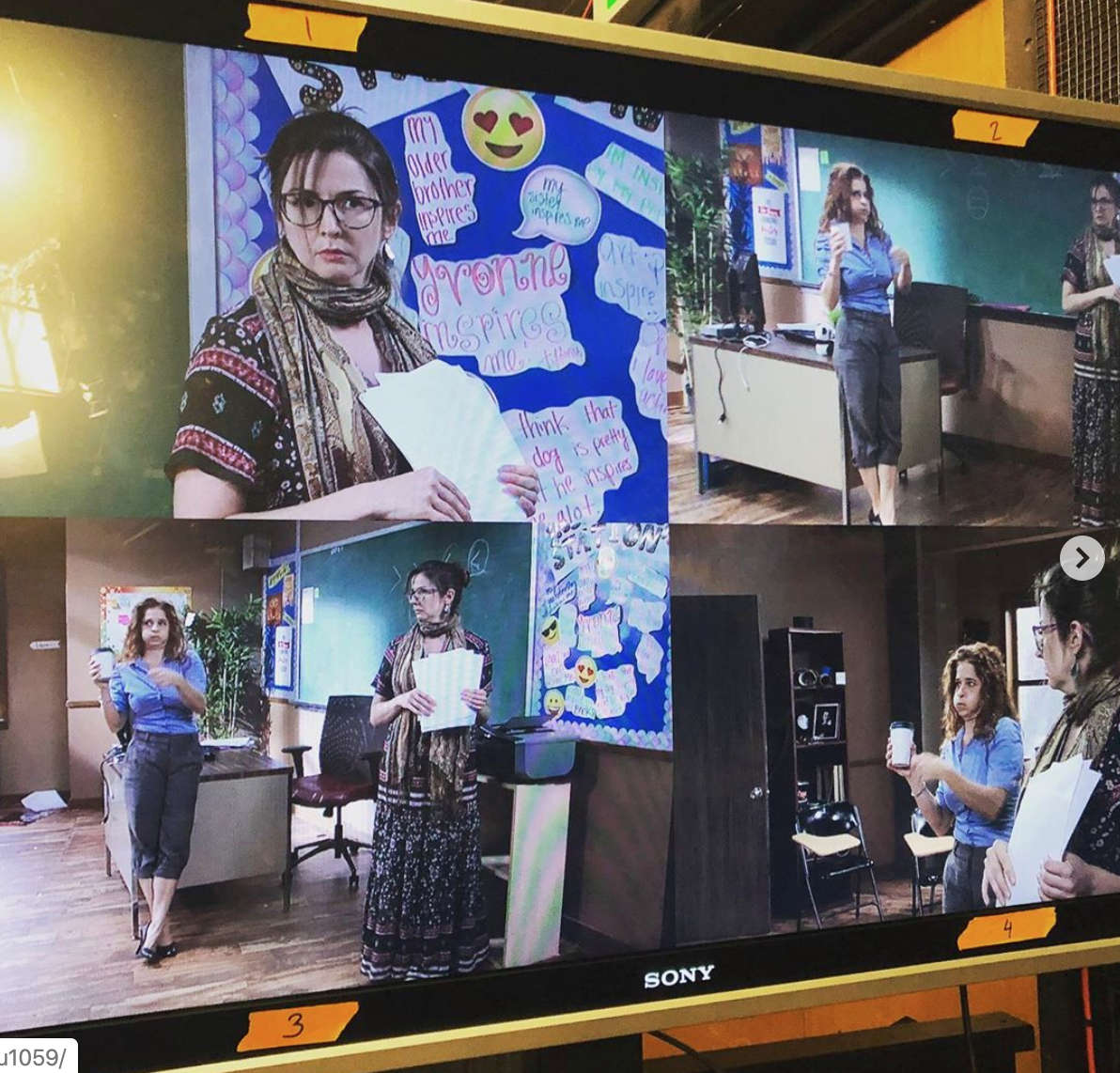 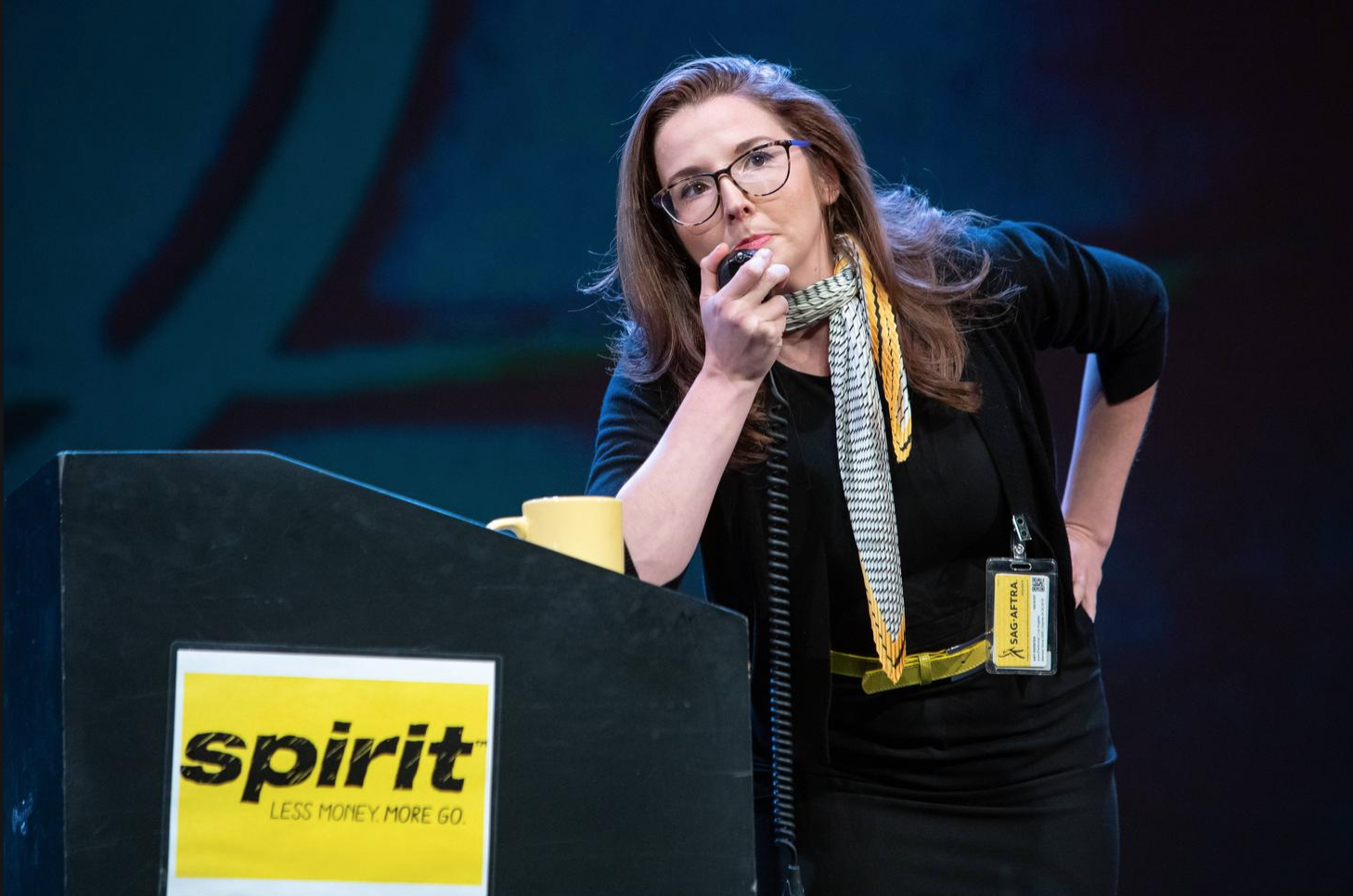 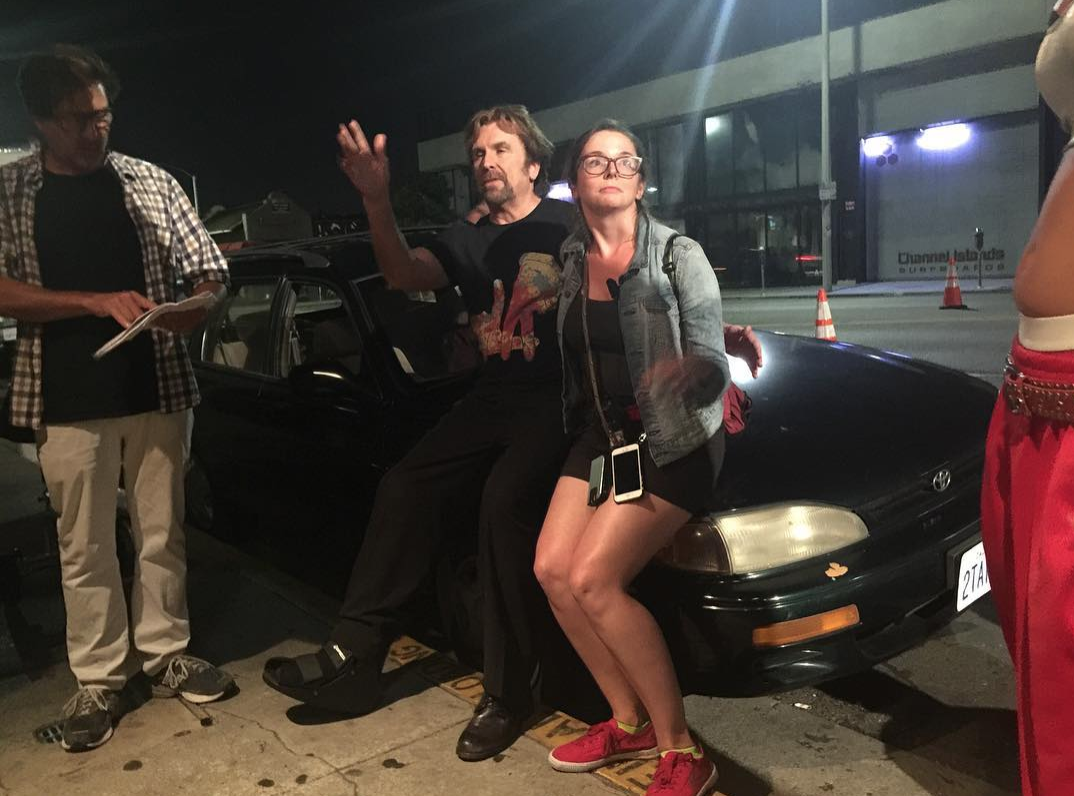 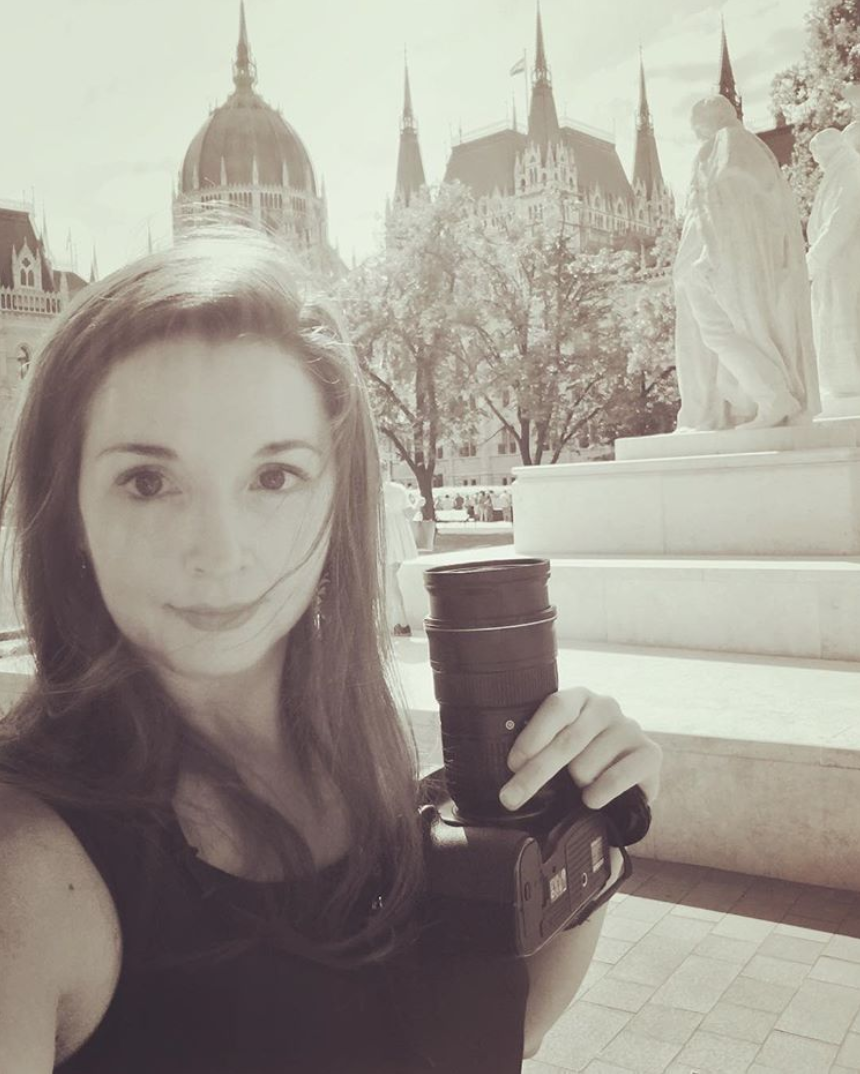