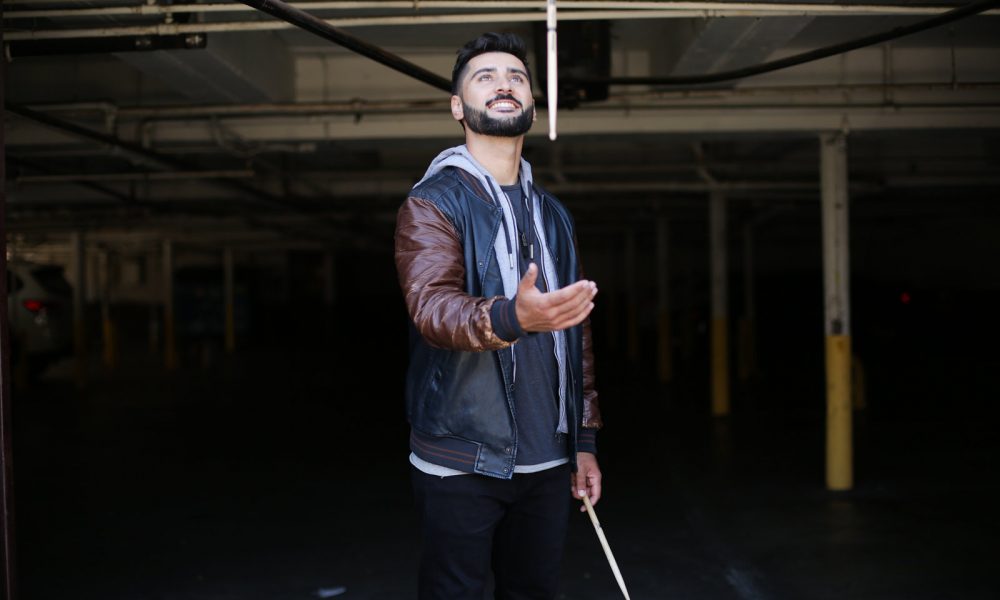 Today we’d like to introduce you to Amir Oosman.

Amir, can you briefly walk us through your story – how you started and how you got to where you are today.
I was originally born overseas in Karachi, Pakistan and years later moved to the Bay Area with my mother and sister. I ultimately got started in music due to my mother’s encouragement to pick up instruments (first piano and short after drums). I gained some of my first performance experiences at a young age for the Golden State Warriors and SF 49ers after getting involved with the Blue Devils drumline. These early gigs helped shape my confidence as a performer especially because I was not getting much out of high school at the time.

From there, I wanted to hone my musicianship and attended UC Santa Cruz. I had originally started out in the jazz program but gravitated towards the studio after befriending a talented producer, Jonah Christian. We started a group, Joomanji, and ended up using the colleges’ recording facilities as late as they’d let us. Joomanji proved to be a creative outlet that allowed me to step away from the drumset and gain a new perspective. Nine years later, Jonah and I are still collaborating in LA.

During my second year in undergrad, I started to feel more inspired outside of school than in school. I knew it was time to make a change and had always wanted to move down to LA. I convinced the university to fast track my workload and graduate a year early. This allowed me to jump into grad school at CalArts. The two years I spent in their master’s program was essential to my artistic growth.

Having an environment where you could customize your goals and immediately put them into action was something entirely new for me. At any given moment, I could work with a student in the film, dance, animation or music programs. This influenced me to break away from old habits and to learn new tools such as composition, audio engineering, and world percussion. Since graduating in 2013, I moved to Highland Park and could not be happier in this neighborhood.

I’m currently tour managing and drumming for artists like Oliver Tree, Michl, Jeff Bernat and more. In the past two years, I’ve been fortunate to tour internationally as a solo artist and clinician as well. After spending six months throughout Central America, I was encouraged to find ways to give back via music education. Most recently, I’ve been collaborating with non-profits such as the D’Addario Foundation in supporting areas in need. Ultimately I would love to start my own non-profit and involve this talented community of artists in LA.

Overall, has it been relatively smooth? If not, what were some of the struggles along the way?
I’m grateful I had a supportive mother who insisted I always hold my self accountable.

Having a role model who was relentless in growing, and went back to college as a single mother with two kids is still a driving force for me today. With that being said, every freelance artist goes through rough patches. My turning point was after grad school, I felt embarrassed that I had no immediate work lined up.

I was 21 and had pressured myself into thinking everything would click. It’s easy to get sidetracked and doubtful about your worth when your peers are succeeding. It took a lot of growing for me to change my mentality and see that LA’s community thrives on supporting each other. Thankfully, I had a great network of friends who reminded me the more you put yourself out there, the probability will go up for new opportunities.

We’d love to hear more about what you do.
I’m mostly known for my background in drumming. I’ve been an advocate for bringing the rudimental, drumset and world percussion communities together. Outside of performing as an individual and sideman, these last two years have been focused on giving back.

I encourage every artist to travel outside of their comfort zone. By touring internationally and interacting with other cultures, I have gained priceless influences. I’m proud of the non-profit projects I am working on finishing at the moment. In addition, I’ve battled with releasing a solo album for many years, and now I am ready to share.

Any shoutouts? Who else deserves credit in this story – who has played a meaningful role?
There have been some pivotal people in my life. As I mentioned earlier, my mother continues to be one of my biggest supporters. She’s been there for every step of the way and has never questioned me or my goals. While I spent time at CalArts, my world percussion teacher, Randy Gloss, had a great impact on my work ethic. He’s someone who lets his playing speak for himself, but what I learned most is how to let go of ego no matter how amazing of a musician you are.

I had been struggling to take social media seriously until my friend Ralph Nader began to encourage me to try sharing what I do, how I play, or anything for that matter. I honestly had been way too self-conscious to share my drumming or production. This was a turning point, as Ralph helped open the door to where I am now. I’ve been able to leverage social media for positive impact on music education as well as grow my brand and business.

Lastly, the entire Joomanji family has been a powerhouse of support. Each member brings a unique perspective to the table, and they always challenge me to never be complacent. They’re some of the most talented people I know, and I’m grateful to still have them in my life. 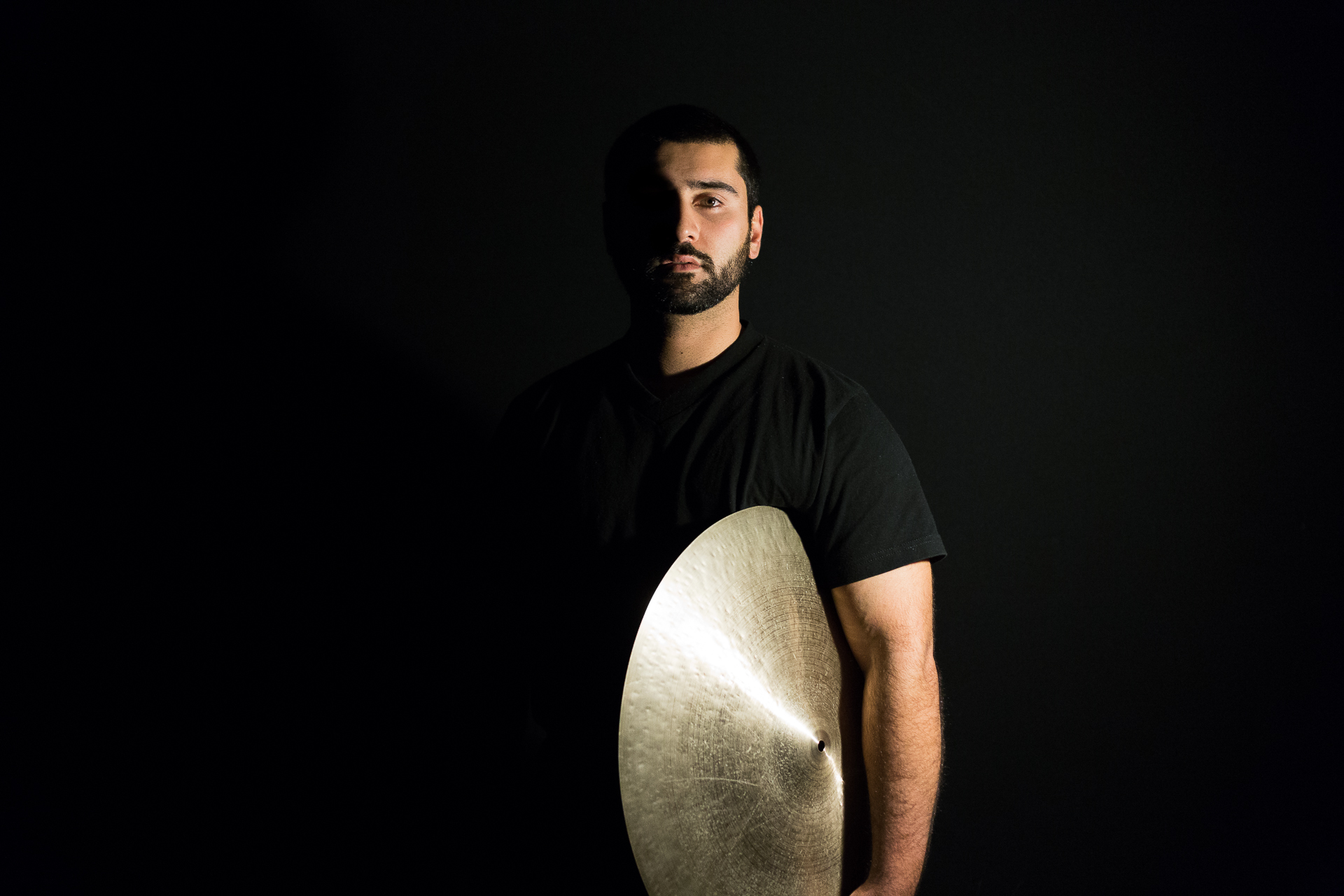 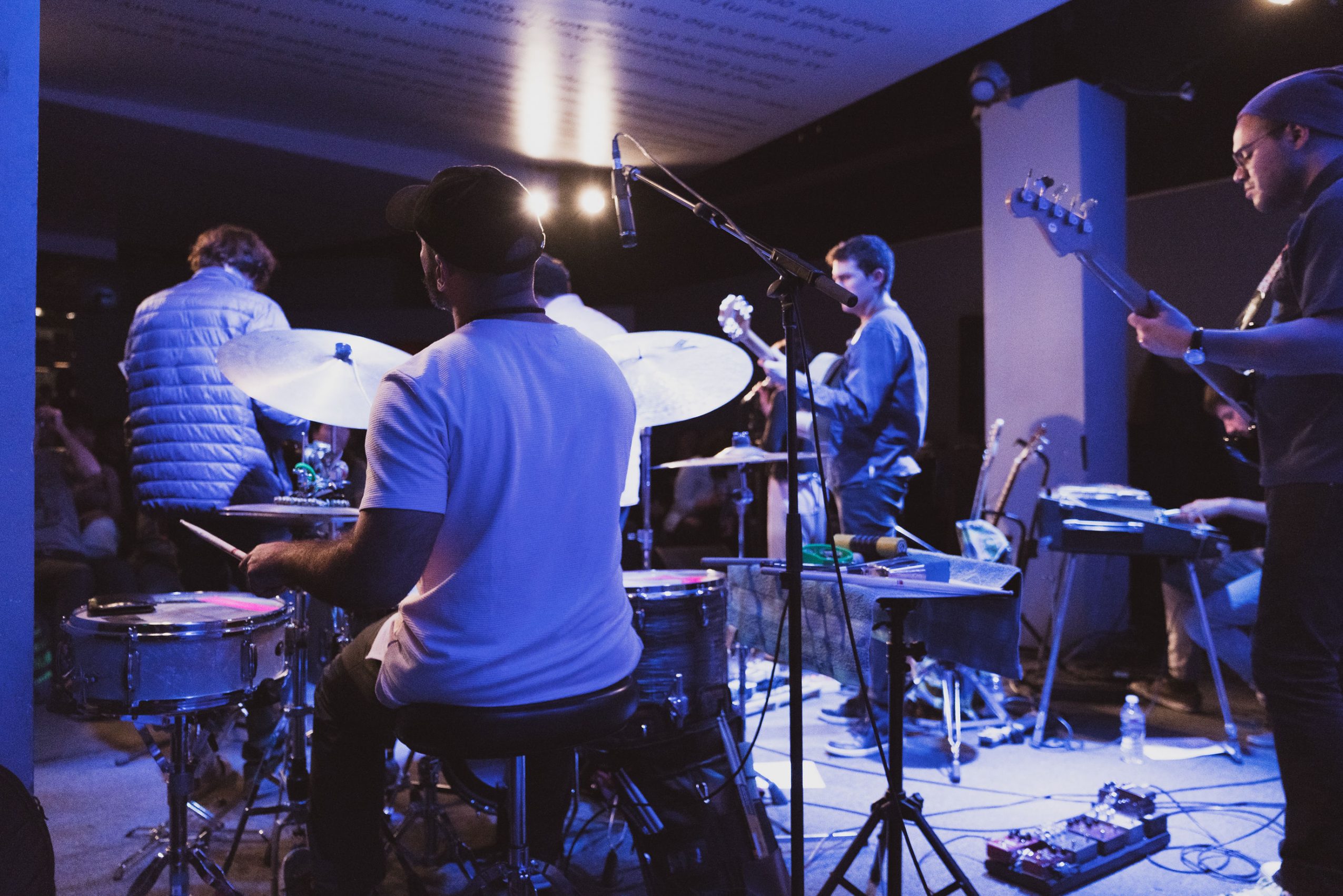 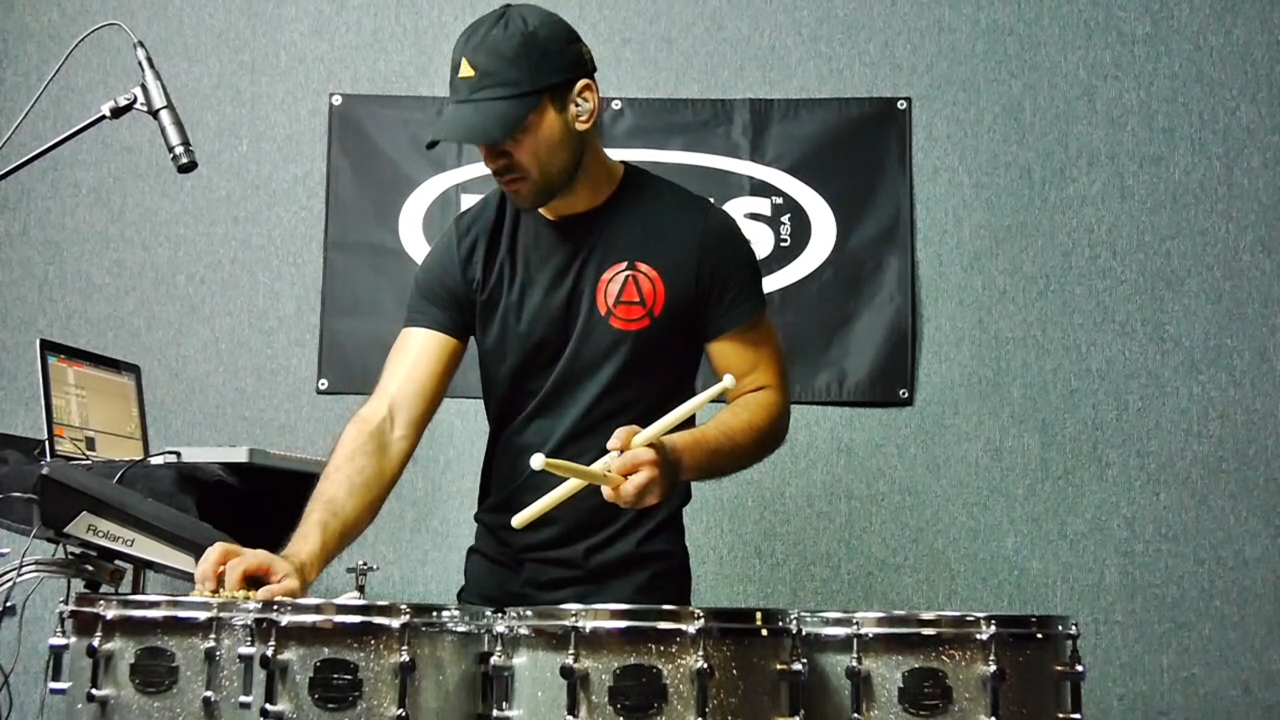 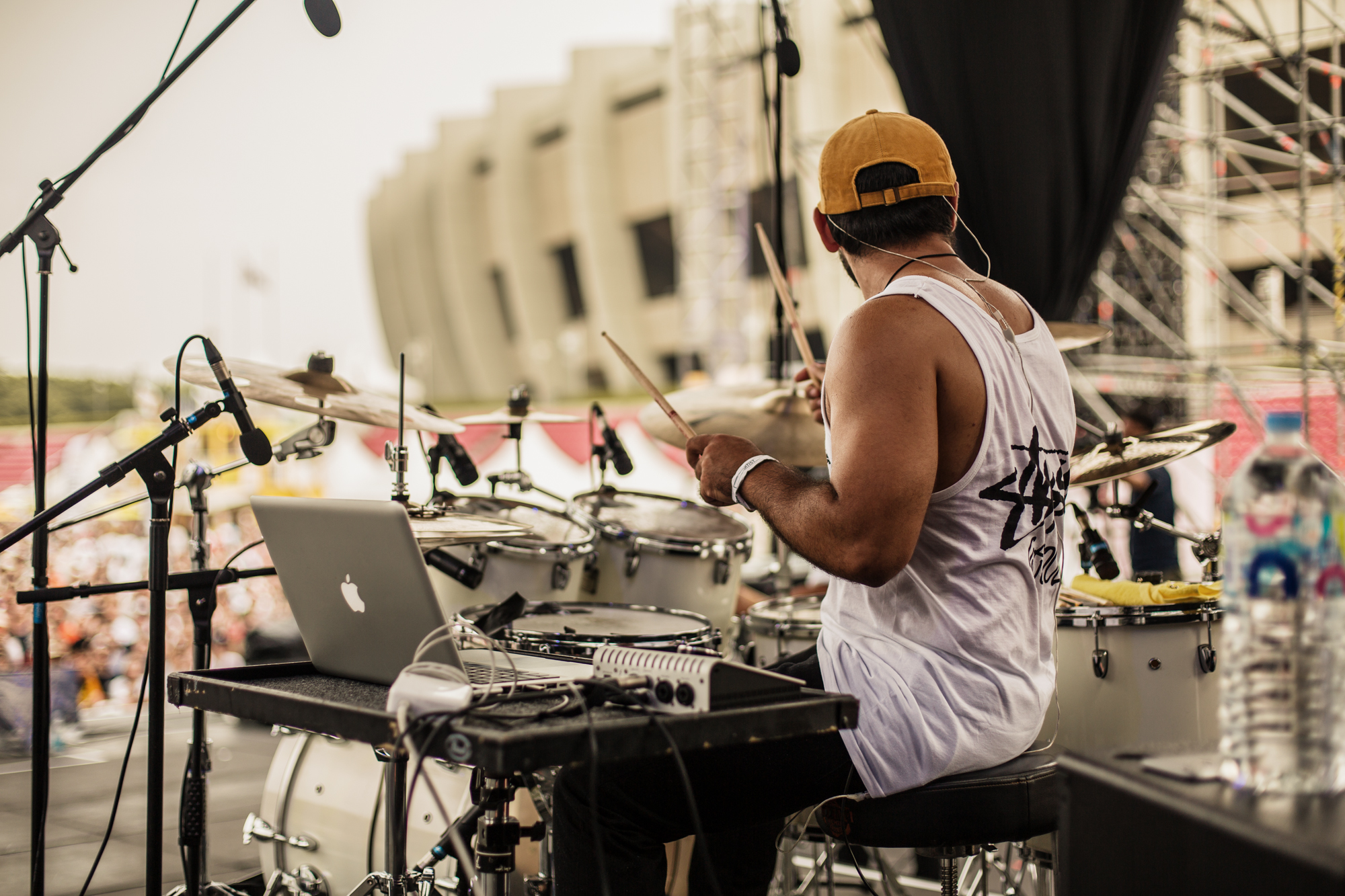