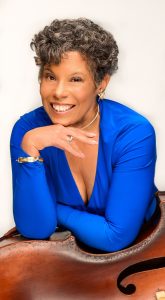 Today we’d like to introduce you to Amber Weekes.

Amber, please share your story with us. How did you get to where you are today?
I’m a native of Los Angeles who was raised by “Harlemites,” so music, art and literature were prominent in my upbringing. I have sung my entire life and started singing in nightclubs and at private events in Southern California for quite a few years.

I have also performed at the New Rochelle Jazz Festival in New York and at Ceasar’s Palace in Las Vegas.

I have studied with Gwendolyn Wyatt, Phil Moore, Jr., Catherine Hansen, Sue Fink, and three-time Grammy nominee Sue Raney, with whom I was studying until the pandemic.

In 2002, I released my first album, “‘Round Midnight” which received some airplay in markets across the country. Earlier this year, I released “Pure Imagination” which has been played internationally and in markets across the country including current play on KKJZ, L.A.’s jazz station. In October, my first Christmas album, “The Gathering” will be released.

Great, so let’s dig a little deeper into the story – has it been an easy path overall and if not, what were the challenges you’ve had to overcome?
Well, entertainment, in general is rarely a “smooth road,” and becoming known as an artist requires work and support of others. In addition, record companies are not what they once were, and so, to get your music “out there,” requires creatively finding funds and then having a great army of musicians, producer/producers, and PR team behind you, and more than anything, you can never give up!

I have been very lucky to have teamed with Mark Cargill as a producer. He co-produced “Pure Imagination” with Trevor Ware and Kenny Sara, and is sole producer on my upcoming Christmas album, “The Gathering.”

Mark has been in the industry for years. He is very supportive, very knowledgeable, demands my feedback and participation in production, provides amazing string arrangements that provide a lush sound, and he keeps the sound current and fresh while honoring the sounds of traditional “straight ahead Jazz that I really love.

His tireless commitment, I think, gives my recordings a sound that will catch the listener’s ear. He also assembles great musicians to bring it all to life.

Having the right PR Team is essential. Jim Eigo of Jazz Promo Services does a great of getting my releases of out to the press, so that they are reviewed and people are anticipating their release. Kate Smith and her team at Kate Smith Promotions do an amazing job of distributing my music to radio stations and streaming services across the globe. Thanks to both of them, my music has been played in the United States, Australia, Canada, and Europe – even in Estonia! Of course, it’s most exciting to get play all across the United States, including Alaska and Hawaii!

I am committed to Jazz, and frankly, there just aren’t a lot of Jazz clubs in Los Angeles, and because of other personal obligations, for some time, I was unable to tour. Now I am, and the pandemic grounded my tour.

When it comes to recording, as I’ve already mentioned, you have to be very creative with finding the resources, I’ve identified funds on my own, and I have also been fortunate enough to “friendraise” to get my projects completed. In that way, my story is not that unusual.

The pandemic has made it impossible to perform or even record in the manner that we’re all used to, so like all other artists, I am trying to find new was to stay creative and stay connected to my audience.

I feel very fortunate in this time to have an album that was released in January and still gets really good play in significant markets like Kansas City, MO; Chicago, IL; Washington, DC; and now, in Los Angeles. In addition, because we started before the pandemic, I have my Christmas album that will be released in October. I am hoping that with these current projects when things open up again, my voice and name will be remembered, and I will be able to tour as I had planned.

Can you give our readers some background on your music?
I have a great deal of influences – the obvious ones: Billie Holiday, Nancy Wilson, Sarah Vaughan, and of course, Ella Fitzgerald. Other influences that may surprise people are: the early (1960’s) recordings of Barbara Streisand, Bobby Caldwell, Diahann Carroll and Oscar Brown, Jr. These influences are varied, and I don’t imitate any of them. I bring my own life experiences to my art as I tell my stories through song. Ballads are and have always been my favorite, but I also have the dexterity to perform songs with humor and a story, and some folks say, I can “swing” a little bit. I also love string arrangements on my recordings. I enjoy wearing long beautiful gowns the way that was common among singers of the past.

In addition to performing in nightclubs and other public venues, I also perform at private events.

My first album, “‘Round Midnight was released in 2002. I am considering a Re-release for that album with somethings to make it fresh and current. It was produced by Trevor Ware Louis Van Taylor. Earlier this year, “Pure Imagination” was released. It was produced by Trevor Ware, Mark Cargill, and Kenny Sara. The horn arrangements were done by Brian Swartz. It is available on CDBaby, AppleMusic, Spotify, and on my YouTube Channel.

As I mentioned earlier, my first Christmas album, “The Gathering” comes out in October. There are traditional “Yule Tide” selections, and one original tune, “The Gathering.” The music for “The Gathering” was written by Mark Cargill and Gregory Cook, and I wrote the lyrics. This is the first time that I have recorded an original song. It’s exciting and scary all at once, because you just don’t know how people will respond to something written for a time when people are deeply committed to honoring traditions. I do think, though, that the song is right for our time.

I established the company Amber Inn Productions about a year ago so that I could record under my own label, produce musical events, and ultimately support other artists in getting their albums produced and fulfilling their dreams.

Is there a characteristic or quality that you feel is essential to success?
It’s important to keep one’s word. Those who are part of my team, the musicians, my producers, the graphic artist, the PR Team are all paid on time, even if it means a personal sacrifice on my part. I also value collaboration with all of those individuals. In addition to that, I do everything that I can to consistently create a quality project. Also, you MUST do what you love.

I see all of my projects and live performances as a gift of love, healing and music for the world. 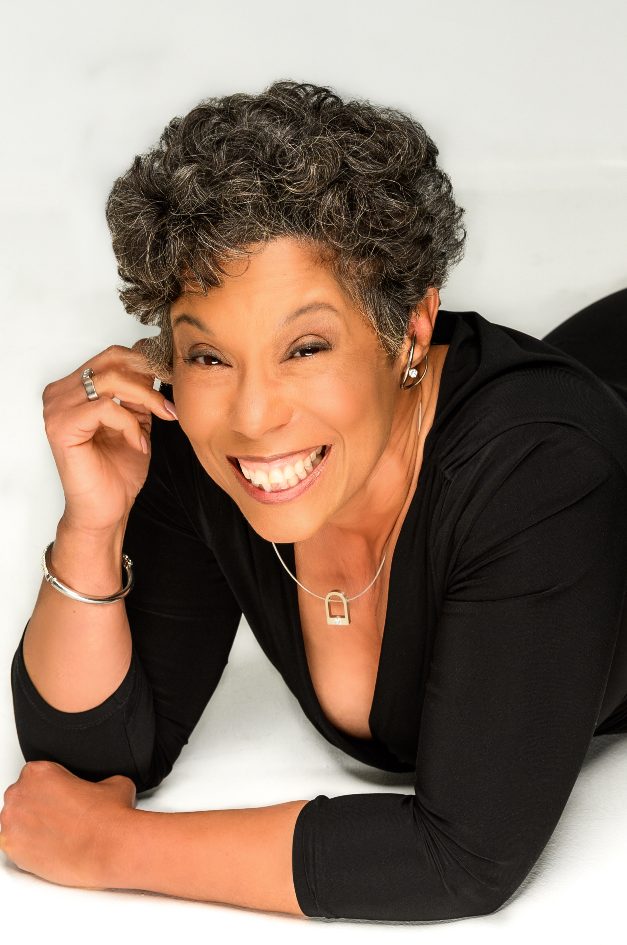 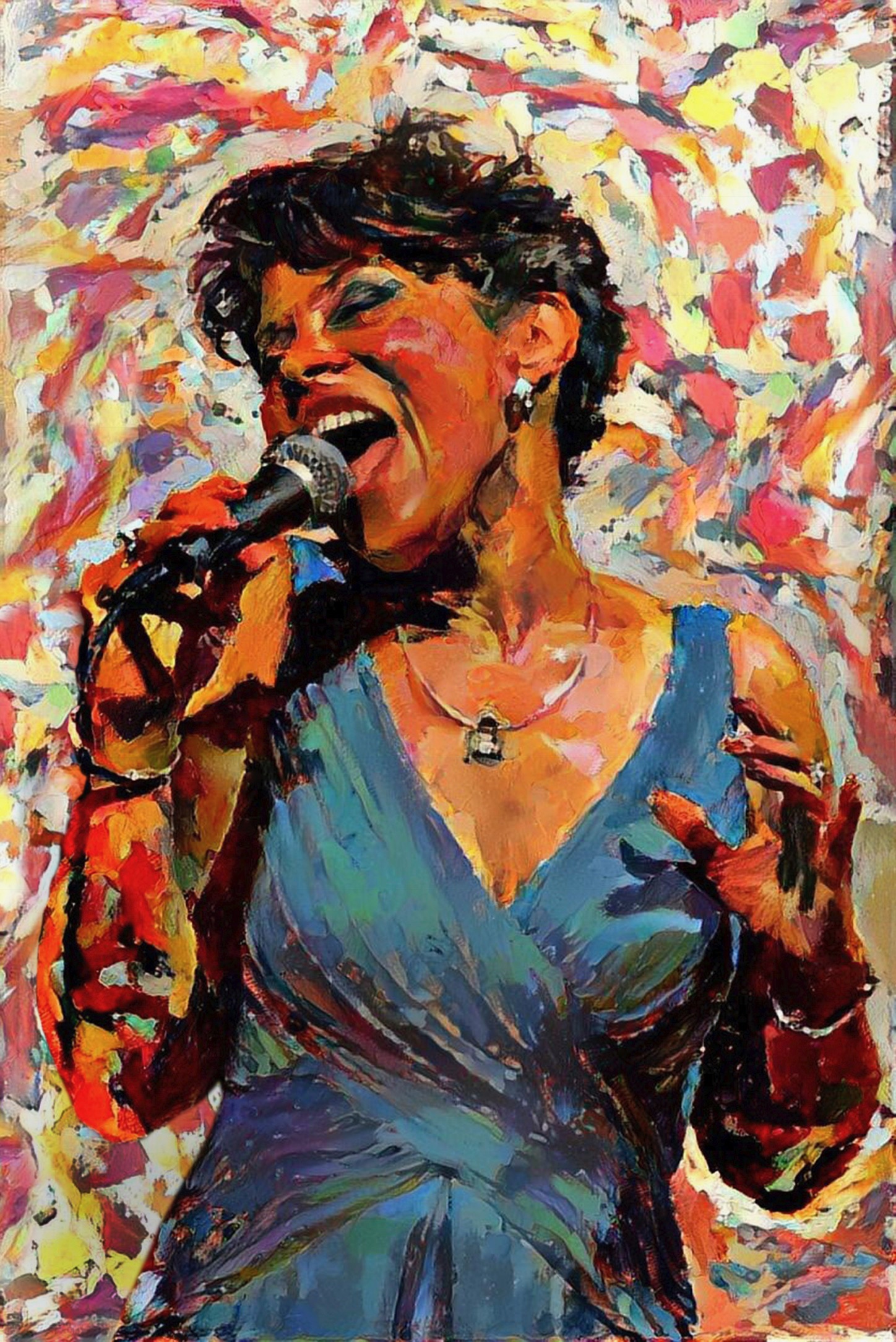 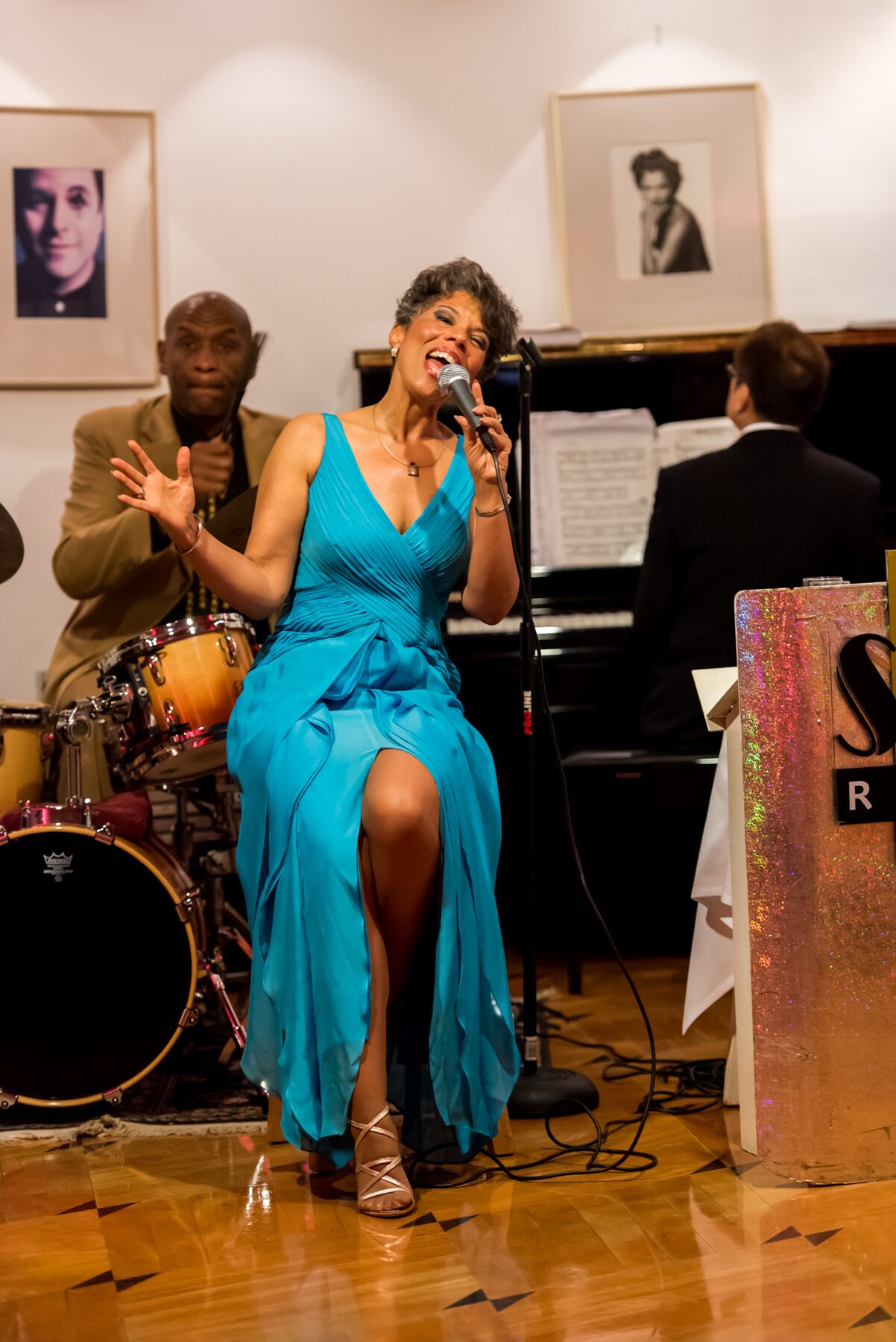 Image Credit:
Photographs by Ed Gandara Photo, Giclee by Jeff Oliver of On Graphics, based on photograph by Ed Gandara