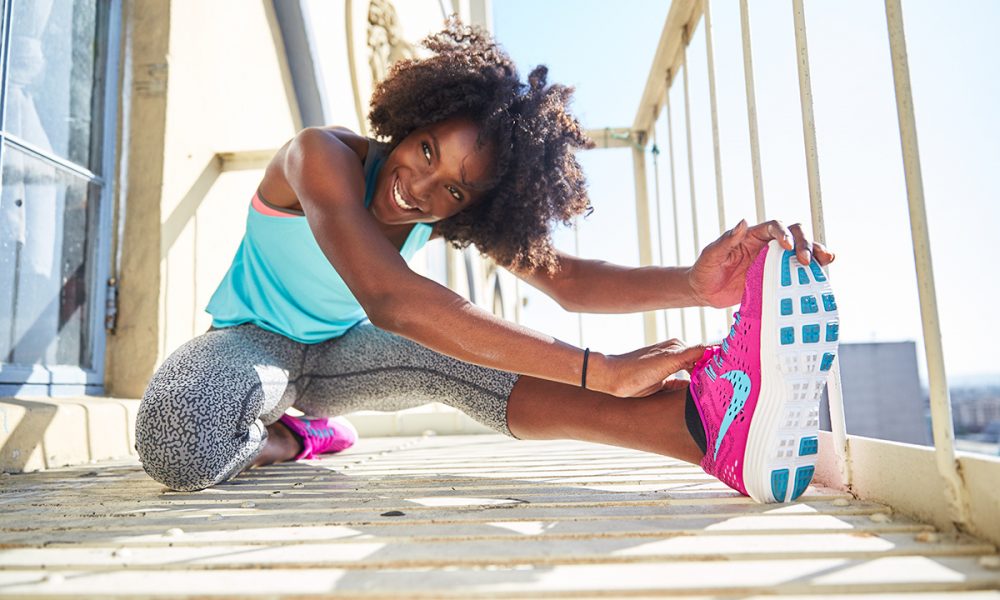 Today we’d like to introduce you to Amber Rosario.

Thanks for sharing your story with us Amber. So, let’s start at the beginning and we can move on from there.
Believe it or not, I actually got my start in the modeling “late in life”. Unlike most people, I didn’t start as a teenager, I was 21…going on 22. Most of my life I was told I should model, but I never fully gave it a chance until after I graduated from college, in 2014.

However, when I was about 9 or 10 my mother tried to get me signed into a modeling agency. We soon found out this so-called agency was a scam, when they asked us to pay for signing on. Pro-tip: you don’t have to pay to sign a modeling contract. So, needless to say it left a bad taste in our mouth. And with little legitimate knowledge and resources in and of the modeling industry, we set the dream of my modeling on the back burner.

Instead, I took up something else that would prove to be the other great passion in my life, Track and field! I ran track and field for a good portion of my life, from the ages of 11 to 25. Ironically, growing up in the shadow of an older brother who was a bonafide superstar athlete, I never had interest in sports. It was almost hilariously pathetic how little I cared about sports. Until my dad gave me an ultimatum: go to track practice and give it a shot, or else. He was mostly serious, but said it with love, and I can’t thank him enough for that.

I fell deeply in love with the sport, I ran from middle school up until this very year, only stopping because of injury. I was known as a hurdler in the sport, but I tried many events throughout the years. The reason I am harping on about track when I should be talking about modeling, is because I would never have had the success in modeling, like I am, without track and field. Years of training, success, injuries, and many other experiences, quite literally gave me skills that I have taken with me into modeling success.

I mostly waited to genuinely pursue modeling until after college because of collegiate track and field. I was at my peak in the sport at this time and I could not have balanced the two worlds. Plus, I wanted to have my college degree. Once I graduated from college I started to pursue modeling more seriously. I was still running track, but I was not in school as heavily (I took some additional classes at a cc after graduation), so I could manage. Especially, because I’d have to drive back in forth between San Diego and LA. I started doing test shoots, taking digitals, building a portfolio, and visiting agencies. I didn’t have much luck getting signed at 1st, facing some rejection. Until, one day I submitted to Willow Model Management.

Soon after my submission, I heard back from the agency showing interest. Soon after that email, I met with them to feel them out, discuss my goals, etc. I was offered a contract after that meeting and thus started my professional modeling career, the day before my 22nd birthday.

Initially, I started with Willow doing more of the fashion and runway type of modeling. But both my agency, and myself knew there was an untapped area of modeling that was meant for me, fitness modeling. After collectively coming to this conclusion, Willow made many efforts to get me booked on fitness modeling jobs, but each time the efforts were met with no avail. While we tried to break me into that niche, I was still doing fashion and runway, but not in a way that was as successful as I should have been.

Eventually, I was met with the inevitable lulls of modeling and I was getting restless. I contacted my agency and told them I was interested in getting placed with a bigger agency, Willow is mother agency and will do that. So that’s eventually what happened, they scoured their connections and placed me with one of the leading Sports and Lifestyle agencies in the country, Sports and Lifestyle Unlimited, aka SLU.

I had finally found my niche in signing with SLU. The amount of success I had, in just the few months of being signed with them was amazing. I have worked with companies like; FitBit, Adidas, Asics, to name a few. Not only that, but my background in sports was meet with open arms. They loved the fact that I ran track and field, and I started getting sent on castings that specifically asked for my athletic skills. It was a breath of fresh air not have to worry if I was too muscular or something of the sort. And combine my love of the sport and my love of modeling.

Ever since then, I’ve been signed with SLU, which has been for about 2 years now. I have had great success and love what I do, and on occasion I still get to dabble in the fashion, beauty and commercial side of the modeling world. Those are all areas of modeling I still love, but fitness is definitely my bread and butter.

Has it been a smooth road?
The road to get to where I am at in modeling has not been smooth. It hasn’t been extremely tumultuous either, but it has taken a bit longer than I expected to find my place in the modeling world. That is where I faced the most struggles and still do till this day. Although, I feel like I have found a niche that works for me, I still feel like my full abilities as a model have not fully been actualized, for one reason or another.

I think some of that comes from the industry ideas about who is a model. I have heard many different forms of rejection that have risen up to deter my advancement in the industry. I have heard I am too tall, my feet are too big, I am too muscular, too athletic, and the list goes on. Not to mention the struggles models who are darker skinned face, even with an industry improving in diversity efforts.

Ultimately, what all these rejections and limitations have showed me is that I cannot rely on the gatekeepers to grant me access to my goals. I have to create the path I want in this industry. I can’t hold my tongue thinking “they must know what’s best.” I can’t rely on an agency solely for taking me to the next step, I am the steerer of this ship. I have to take that rejection, criticism, and limitations, asses them and keep only what will take me to the next level.

So, as I continue to carve my path along this bumpy road, I have (especially as of recent) taken my goals more seriously and in a more hands on approach. The obstacles will still be there, of course, but I’m doing what I can to find my place, genuinely and hurdle over the barriers that may be there.

So let’s switch gears a bit and go into the Amber Rosario story. Tell us more about the business.
Well, as of now I am my business. My modeling career is most definitely a business. Investments go in, successes come out, and much time and effort is spent on developing it, just like any other business. And that is what I am most proud of, being able to take on one of the hardest businesses of all, a literal-self business.

Not only does that set me apart, but the fact that I share my experiences does as well. Not only on my Instagram but on my YouTube and my website. I share my experiences of modeling, behind the scenes, and information like vocabulary words. I wish I had something like that when 9 or 10 year old me was taking my first attempt at model. It would have helped me immensely, like I hope it helps others now.

How do you think the industry will change over the next decade?
I see the industry becoming more inclusive, creative, and fast paced. I have noticed that it is already becoming a lot of those things in the 3,5 years that I have been modeling. But, I imagine more people who lie within societal margins will helm parts of the industry, in front and behind the camera. A fact that I can’t imagine will not further bolster creativity in the industry.

I also, imagine that social media will further integrate itself into modeling, which will probably hinder the industry, at least from the modeling perspective. That includes artificially digital models becoming more mainstream, which is already happening and it kind of creeps me out. 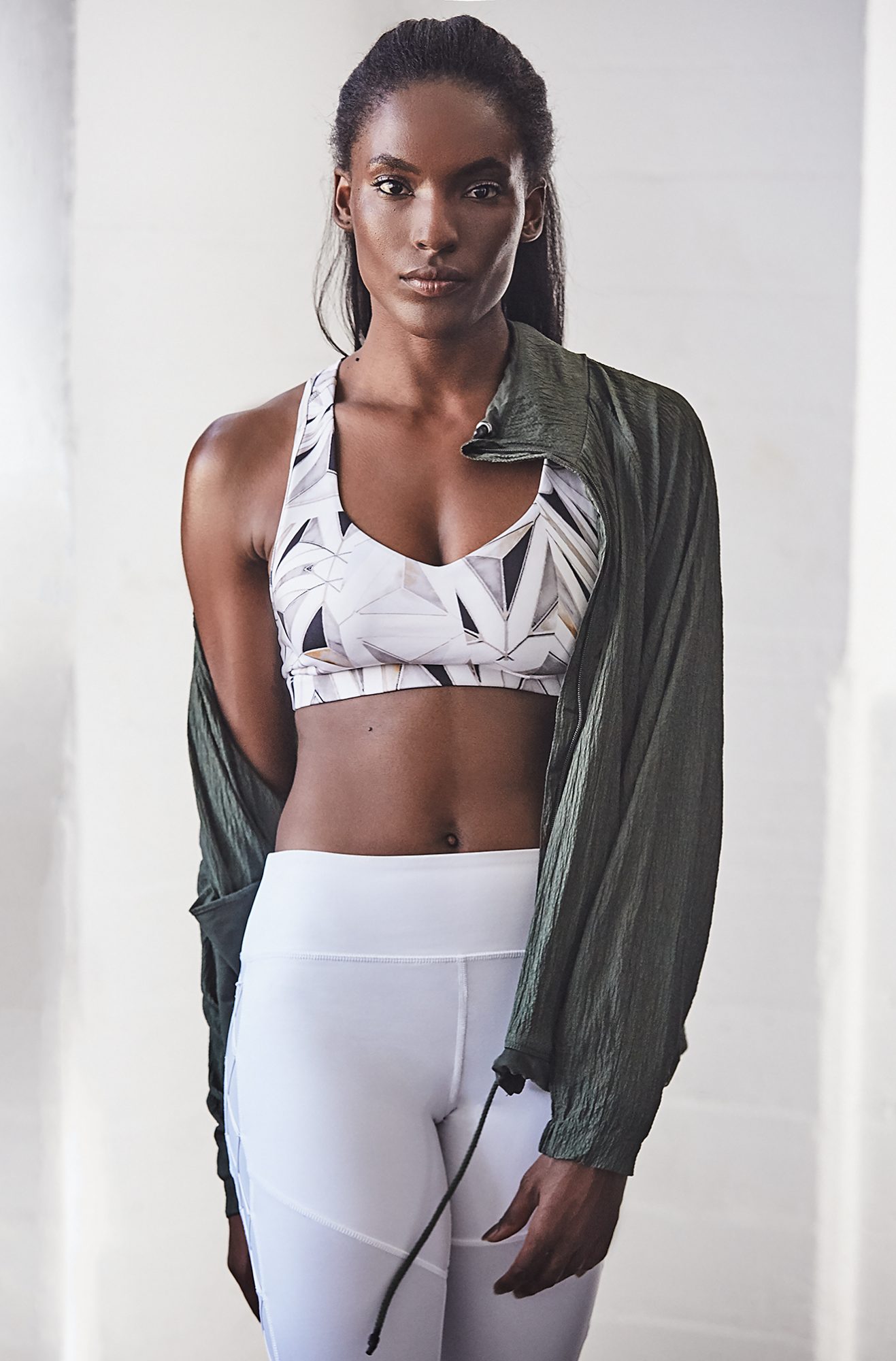 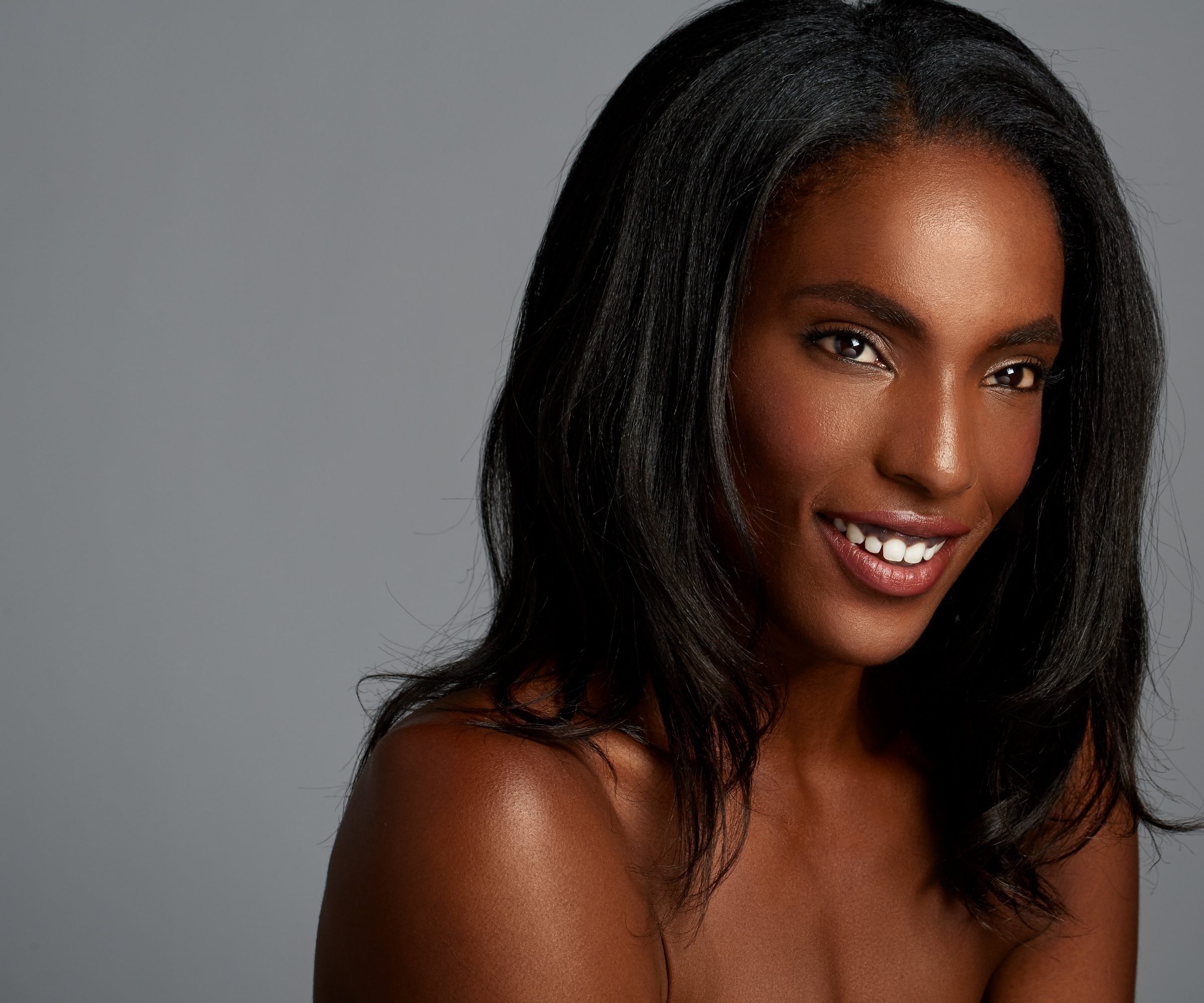 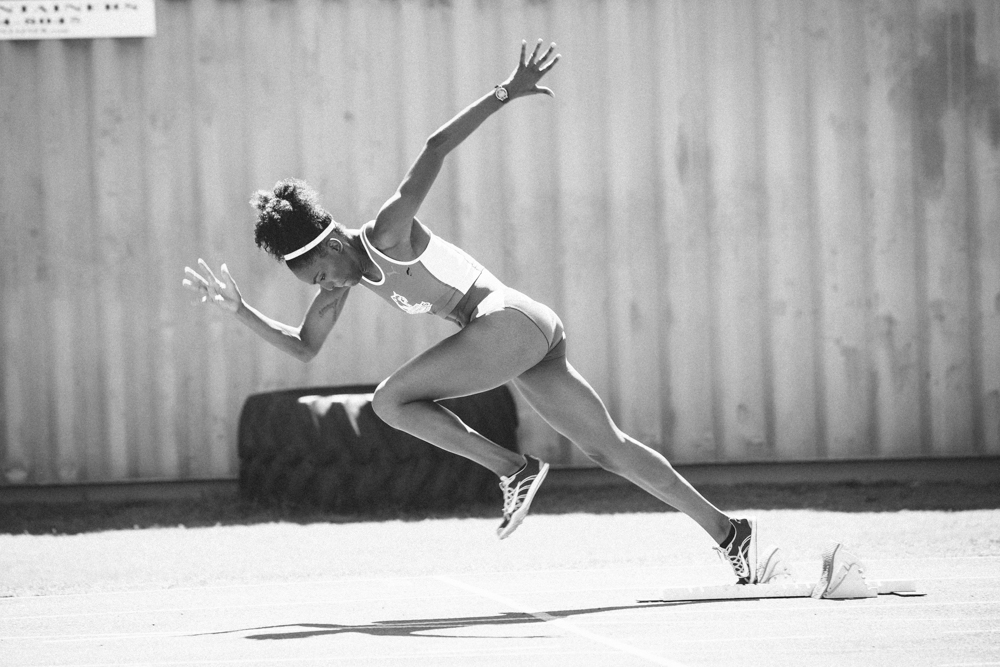 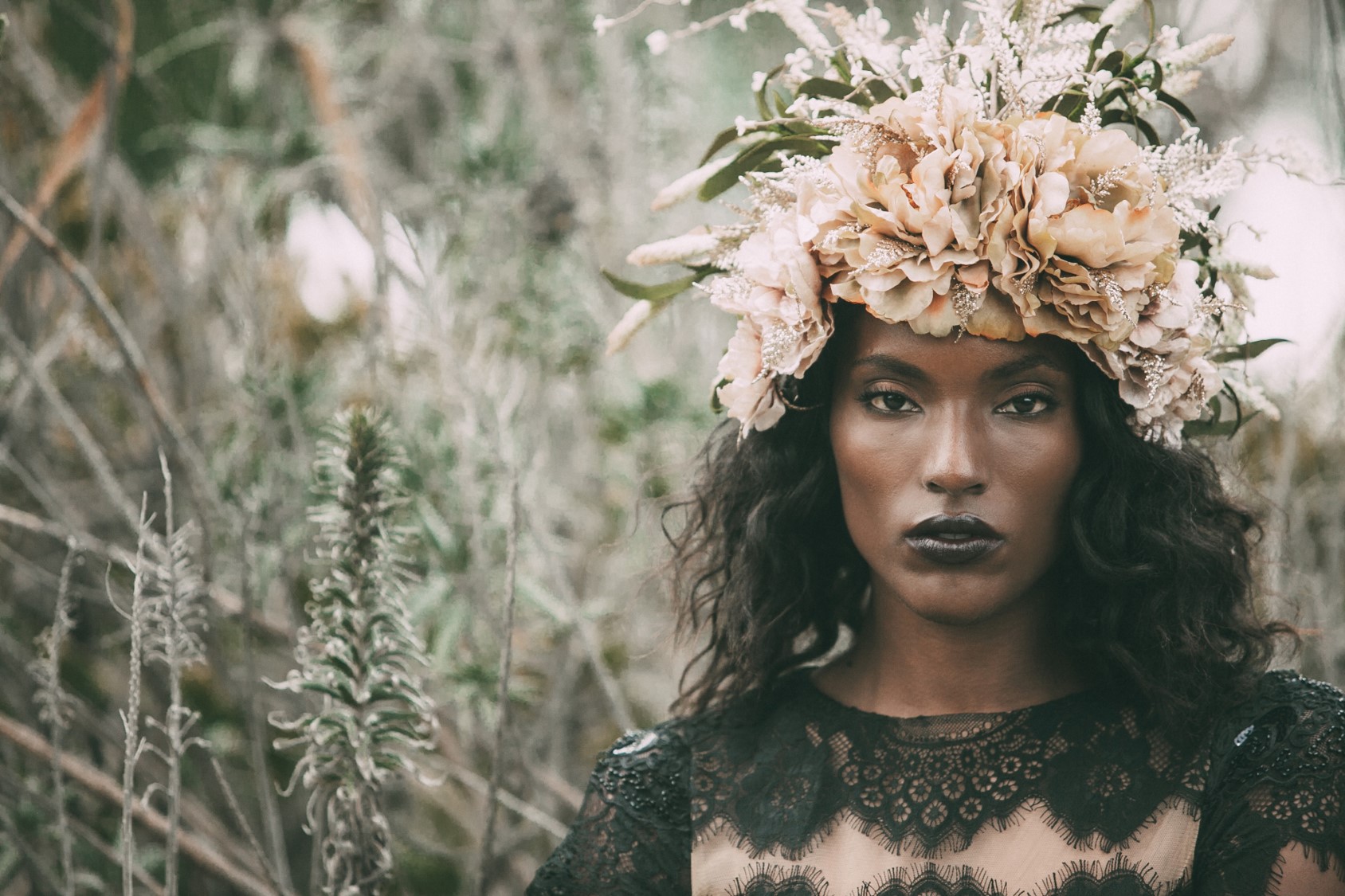 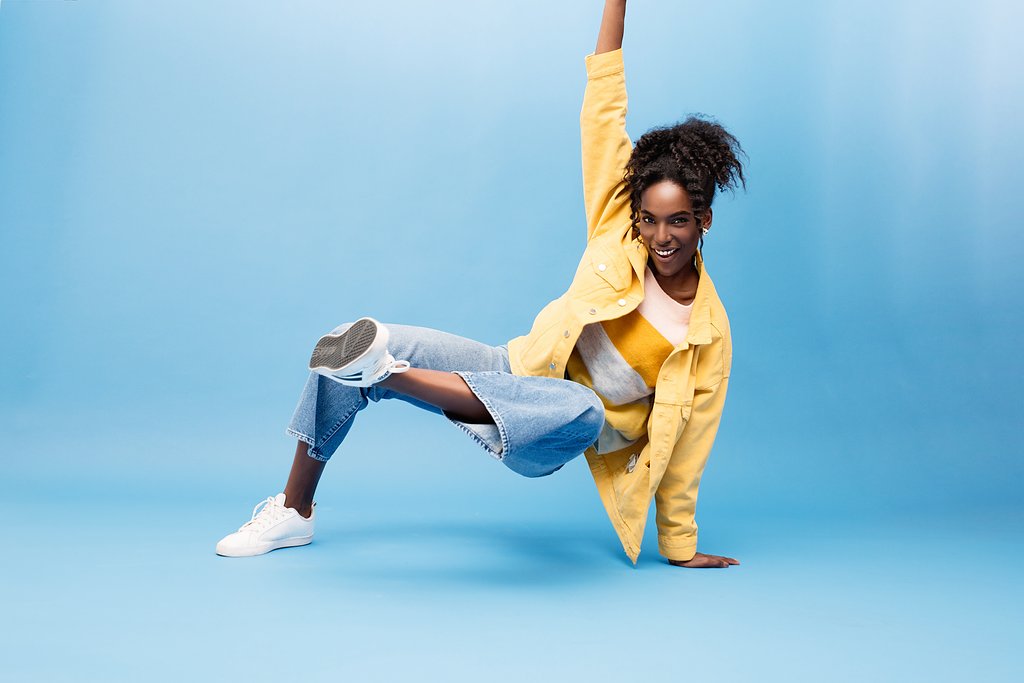 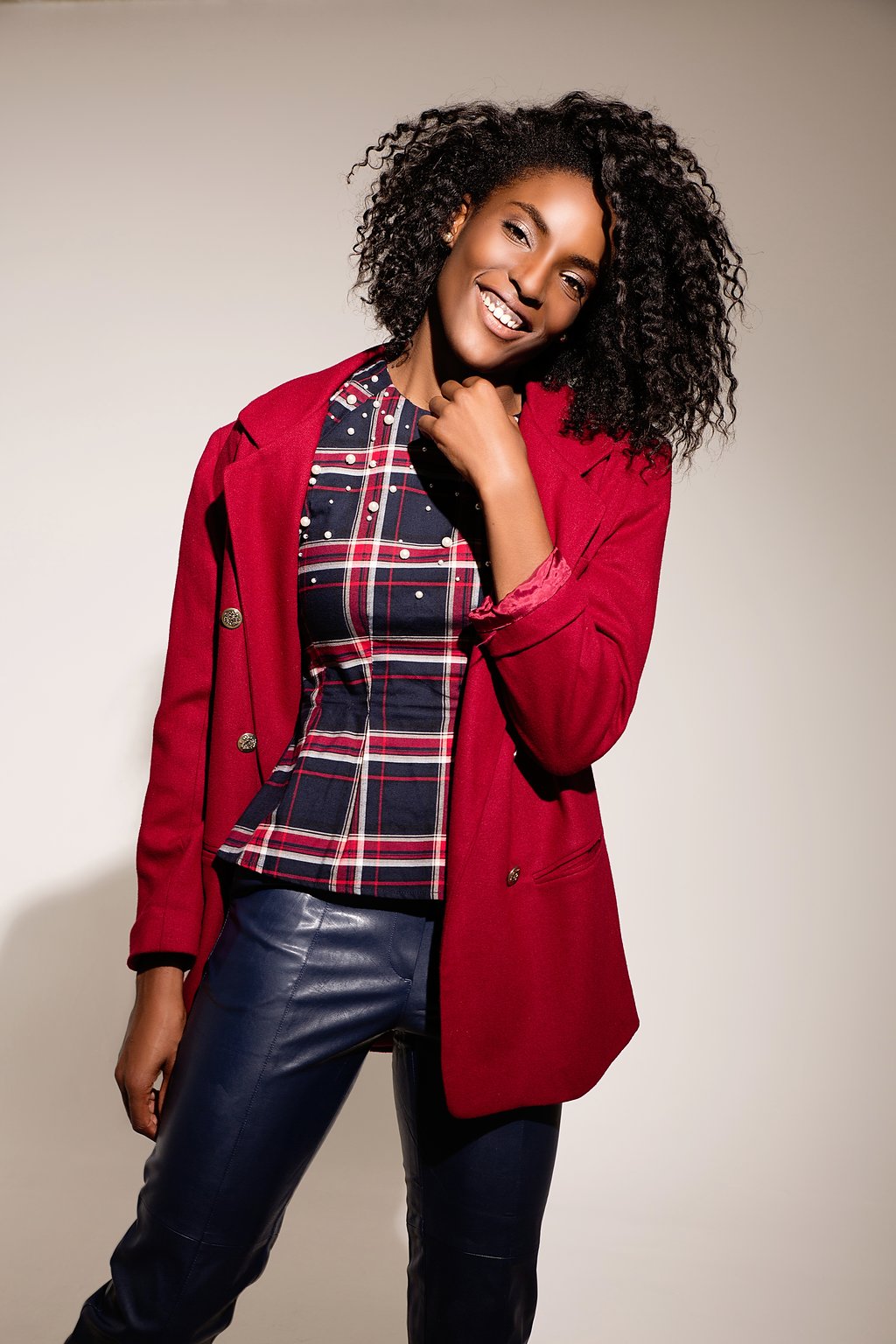