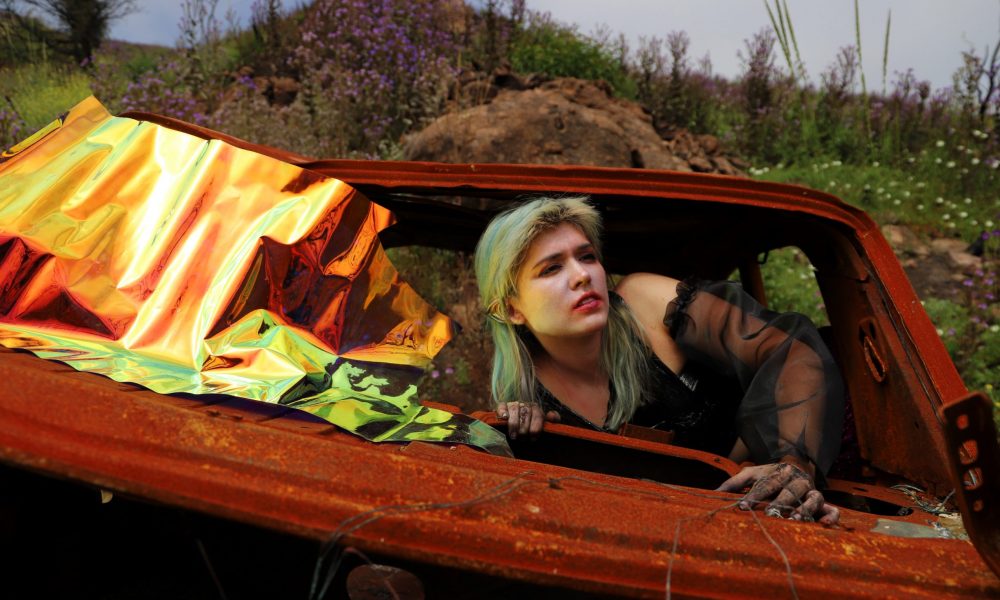 Today we’d like to introduce you to Amber Mari.

Amber, let’s start with your story. We’d love to hear how you got started and how the journey has been so far.
I was always drawn to all forms of art ever since I could remember. Though, I didn’t try to seriously pursue something creative until I was 15 years old. I joined the drama club at John Glenn High School in Norwalk, CA where I grew up. I never thought that I’d ever get into theatre until my friends convinced me to join just so we could hang out after school. After interviewing with our drama teacher, Pat McLoy (a mentor to so many kids!), I got the opportunity to be a member of the makeup crew. We had a makeup-heavy show coming up (a black & white production of ‘Night of the Living Dead’) and even without any art experience, McLoy trusted me to basically co-run the team with my friend and collaborator Connie Jacobe. We also competed at the Californian Thespian Festival where we received ‘superior’ rankings and professional feedback on our designs.

This is when I started to realize that this was something I was passionate about and it meant the world to me to have the support and go after something a lot of people avoid since “art doesn’t pay”. I always dreamt of being an artist, musician and successful businesswoman, and this is when things changed indefinitely.

Luckily I already lived just on the outskirts of LA County and didn’t have to move across the world to chase a dream here. Although it still felt like a very distant reality.

Instead of attending college after high school with my peers I took the risk and decided to go to makeup school at Makeup Designory in Burbank, CA (aka MUD). McLoy tried to convince me to get into theatrical makeup at a conventional college to have a back up plan, but I didn’t listen and decided to go with MUD. I wanted to make practical monsters with prosthetics and sculpt them all which MUD offered to get taught by real industry professionals who worked on ‘actual movies'(which was very appealing).

About a year after makeup school, I met Jim Ojala, owner and operator of Ojala Productions through one of my relatives. I started to intern with him and the rest is history.

Now I work alongside Jim and our team on almost every project Ojala Productions produces, where I help supervise, design, sculpt, paint and go to set with what we build.

There’s no doubt that I got lucky with living close enough to LA and meeting the right person at the right time. I’m forever grateful for those I have met along the way who keep believing in me. You need that kind of support when talented people from all over the world constantly surround you. That’s when you realize it doesn’t matter where you came from. What matters is how you work with people, being honest about what you know, and to keep making progress.

We’re always bombarded by how great it is to pursue your passion, etc – but we’ve spoken with enough people to know that it’s not always easy. Overall, would you say things have been easy for you?
I feel like it’s a road that starts a little bumpy, and gets semi-smooth if you know how to handle it. Once it’s smooth enough you’ll definitely keep running into a few potholes and obstacles.

It’s about how you learn to improvise when those obstacles come at you.

For instance, I was 18 when I started working in the film industry. People would constantly ask me how old I was. I was usually the youngest one on set or in the shop, except sometimes the actors would be younger or the same age as me.

Because of that I sometimes got the cold shoulder or spoken to like I was a little kid. There was one time we were on location doing some high maintenance alien makeups and one of the characters needed a touch up that I ran in to take care of for a wide shot. Then, behind my back I hear the 1st AD say on his radio “can we get an adult onset for makeup?” I almost lost my shit. I was so infuriated because I was working day and night on set and in the shop prepping for the entire shoot. It felt like all of our hard work just got spit on just because of my age. It was embarrassing. Thankfully my department heads had my back and helped set things straight.

Later in the shooting schedule, he apologized for what he said and recognized me for what I was doing at my age.

I just never understood why some people would make it an age thing. If someone is doing a good job and isn’t being disruptive why make weird comments like that?

To add to it, I’m also pretty short (5’2″) and I can count several times where I’ve been the key on a project with an assistant where I get completely ignored and the directors/producers go to them first.

One of my inspirations is Lady Gaga. She’s 5’2″ and seems to get respect and has fought hard for it. I really resonate with that.

Over the years, I did meet many people who were actually inspired by the fact I was a young working artist. Which was really cool but even then I never wanted it to be a thing to make a big deal about.

Recently it’s been a little easier in this aspect, but the critical thinking and learning the psychology of working with strangers never stops.

We’d love to hear more about your business.
My company, Amber Mari Creations, specializes in special makeup and creature effects. I’m mostly known for my work on Billie Eilish’s ‘Bad Guy’ video where I had to make her nose bleed on camera.

Also known for working with Jamie Sadlowski and turning him into an elderly man, Tierra Whack’s MUMBO JUMBO video where we made she and a few others into people with permanent Aphex Twin-esque smiles, Jerry Paper’s ‘My God’ video, and I sculpted some of Slipknot’s WANYK era masks.

I’m proud that my company is mostly self-sufficient. Thankfully to Ojala Productions, I’ve been able to learn and get pretty well rounded at several aspects of makeup effects. Where I can start everything completely from scratch and finish it all myself. On a side note, extra hands and critique are much needed depending on the size of the workload.

I think my company differs from others due to advantage that I have a pretty wide skillset and the possibilities are endless. I tend to think out of the box so when I execute an idea there’s knowledge coming from all angles. You have to, its called makeup effects because you literally make it up as you’re working on it.

My company also does not limit itself to just film/tv. Right now, I’m in the collaborative stages of working with an amazing shoe designer where we want to incorporate some modern technology with fashion and sculpture.

Along with being a makeup designer, I am a music producer/songwriter. My ultimate goal is to combine mixed media and create audio/visual experiences where my team are all self-sufficient with the art we put out.

What were you like growing up?
I was really shy. I didn’t like talking to strangers and I was much more open with my close friends. I was also pretty “emo” haha. I did pretty well in school, participated in sports but none of those things fed my soul it’s just something I thought I had to do. One of my teachers told my mom that I was Jeckyl and Hyde because in one class I was well behaved and the other I was disruptive and defiant.

I was obsessed with music and dancing ever since I was a baby and I still am. I was terrified of monsters, scary movies and the dark. Yet, I really loved any type of mythology and puppets and Barney. The internet was also very fascinating with the rise of YouTube, MySpace and Tumblr. I think I definitely discovered a big portion of my interests on Tumblr. I was always inspired by everything around me including my grandma who loves to make costumes and all kinds of art. I guess that’s where I get it from. 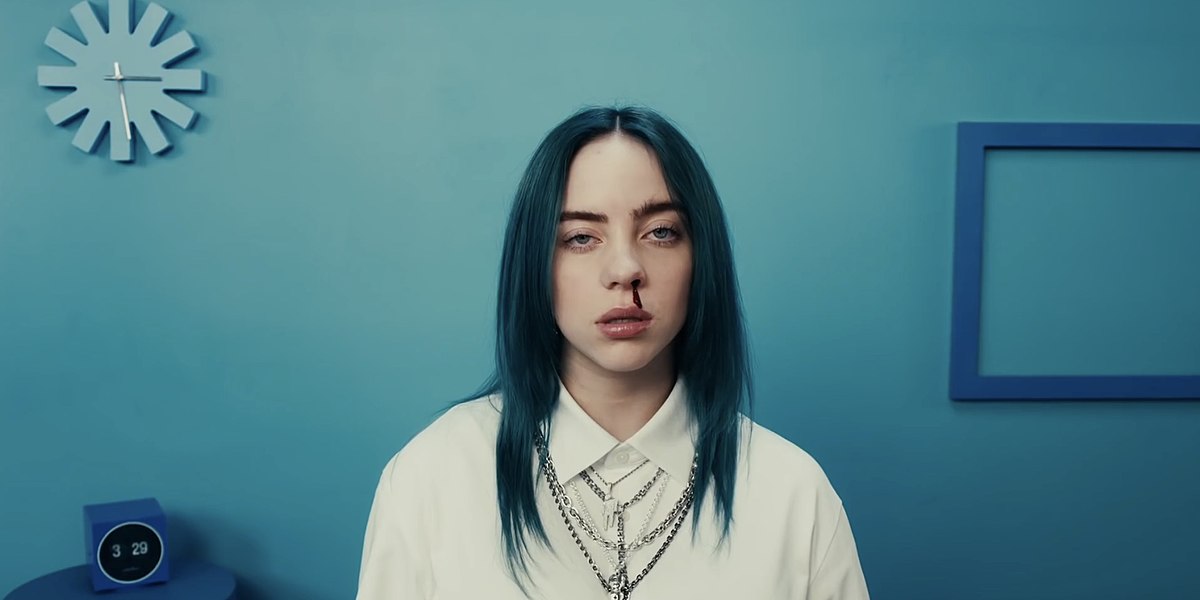 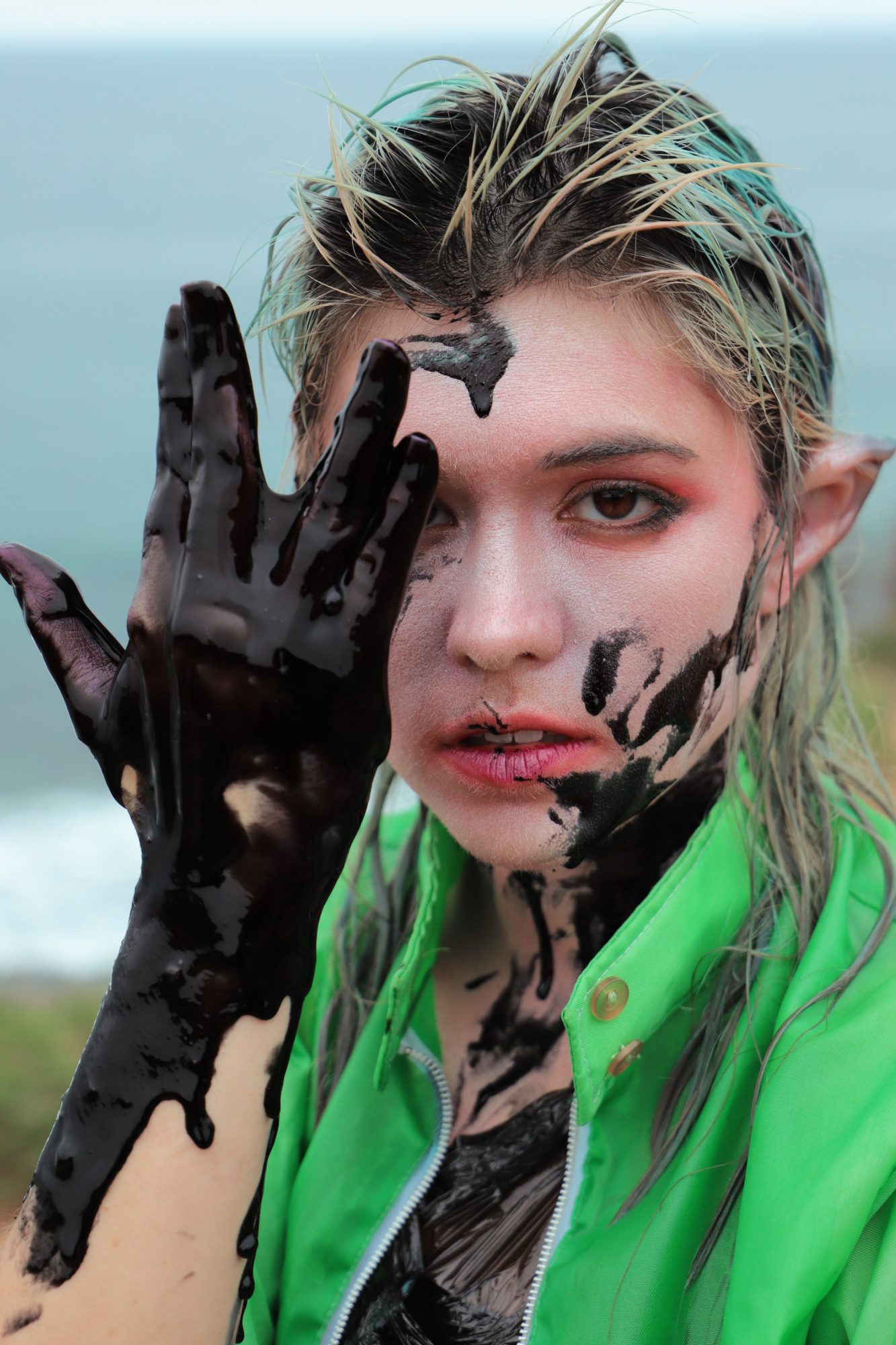 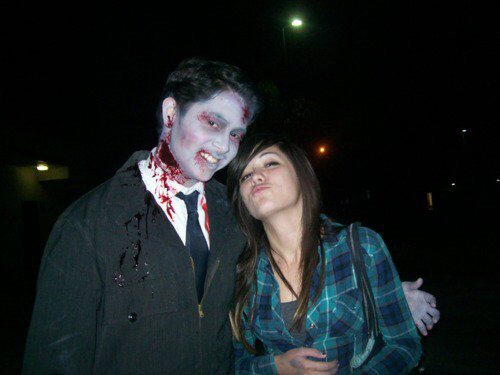 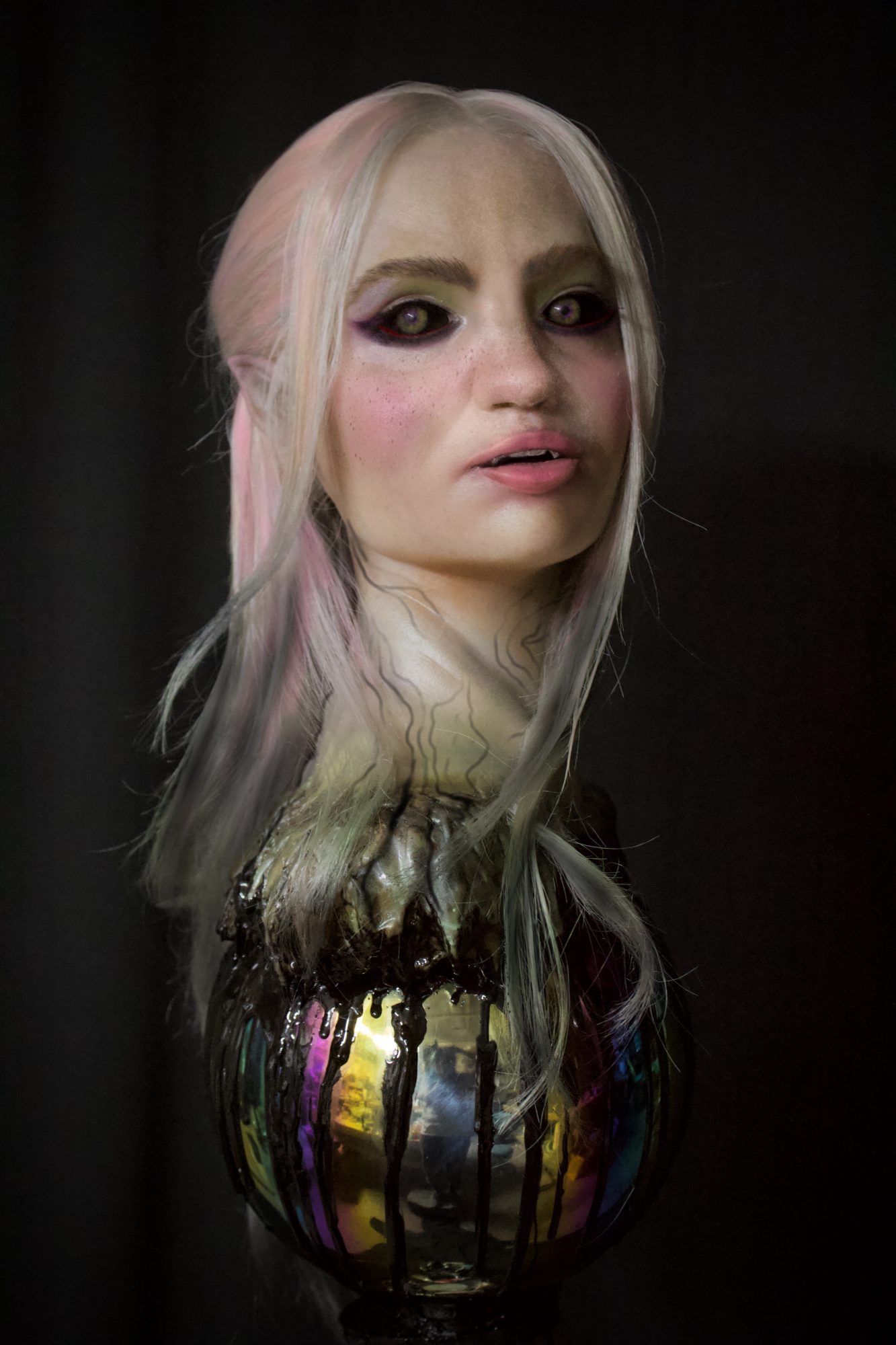 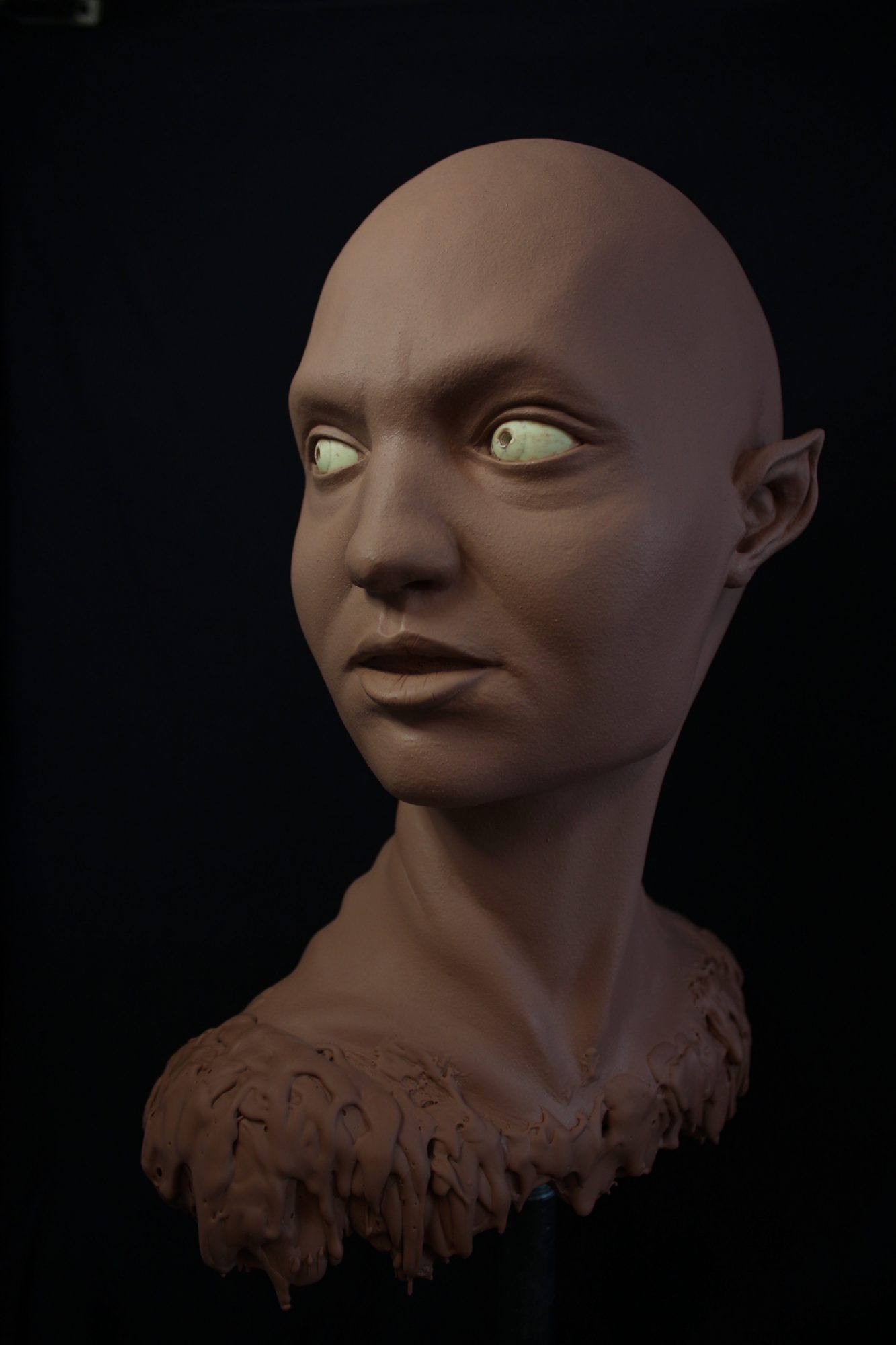 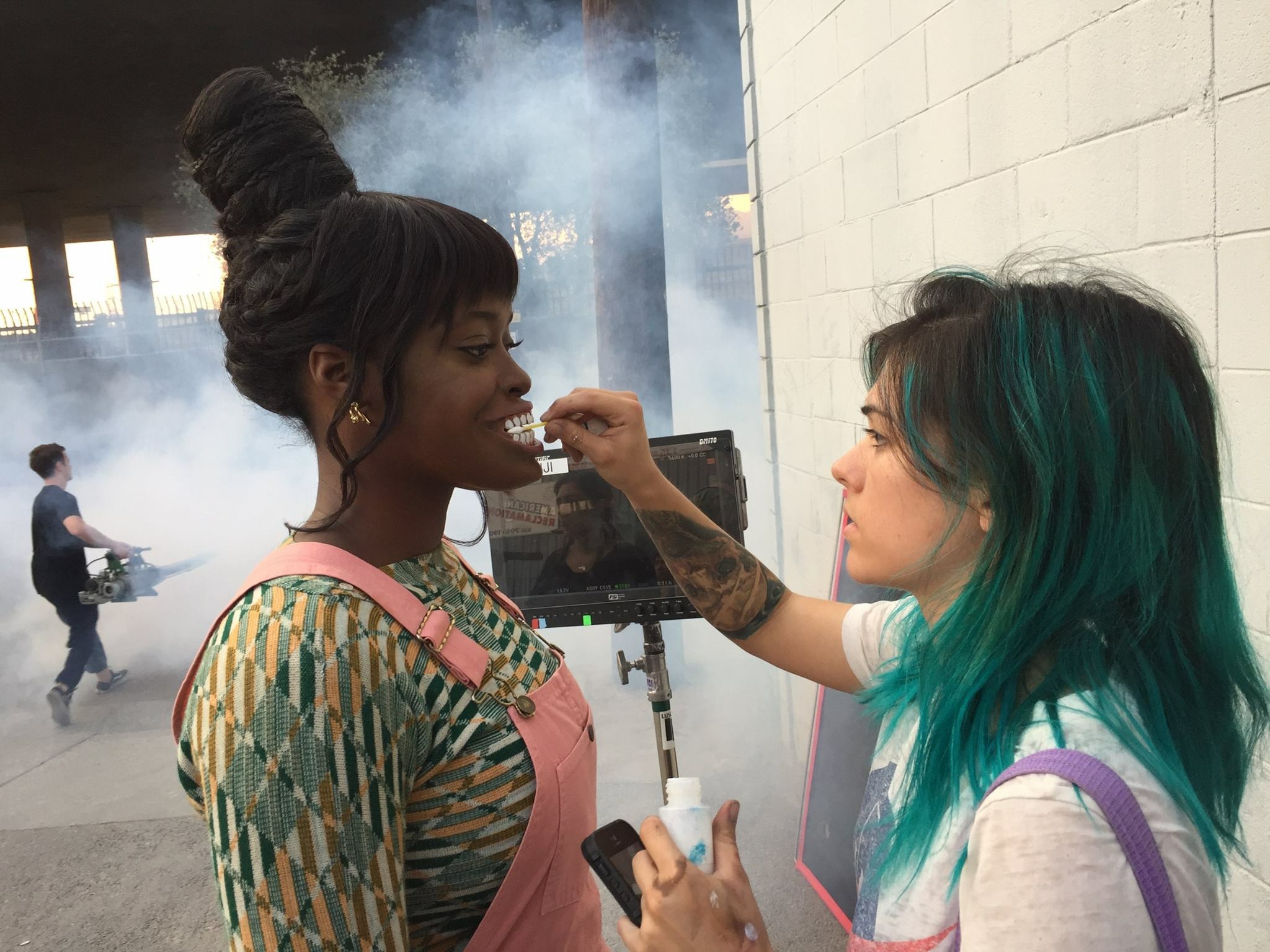 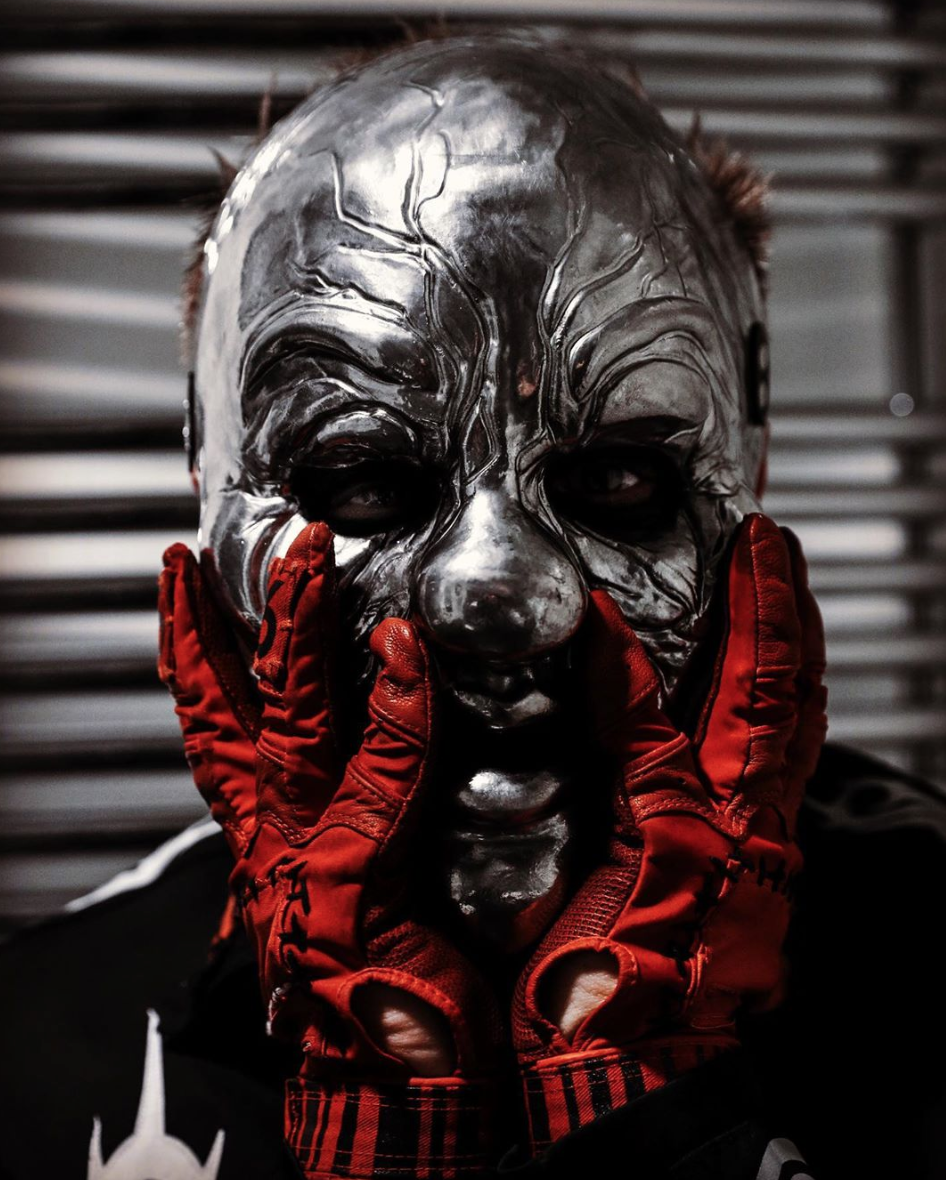 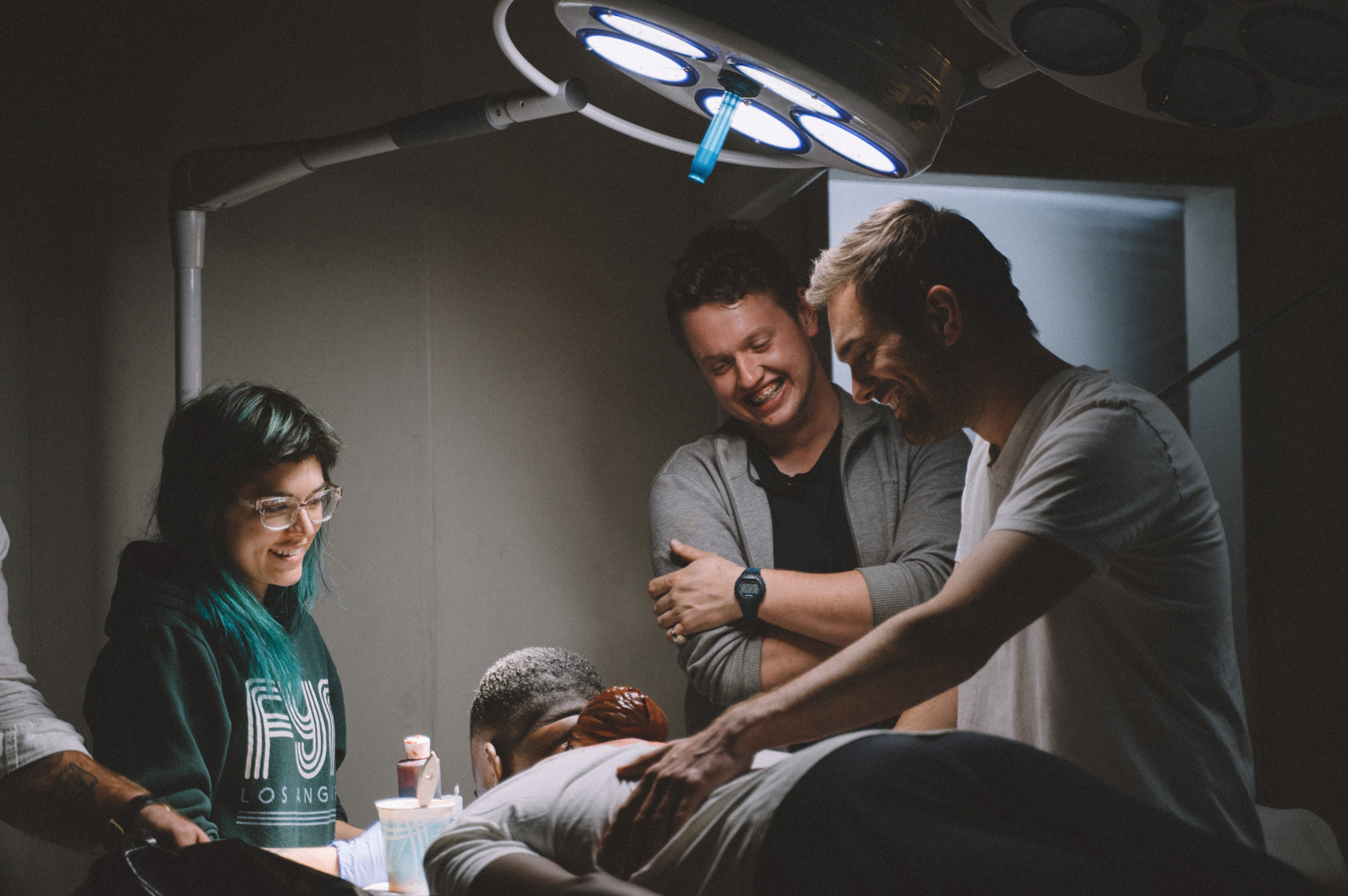