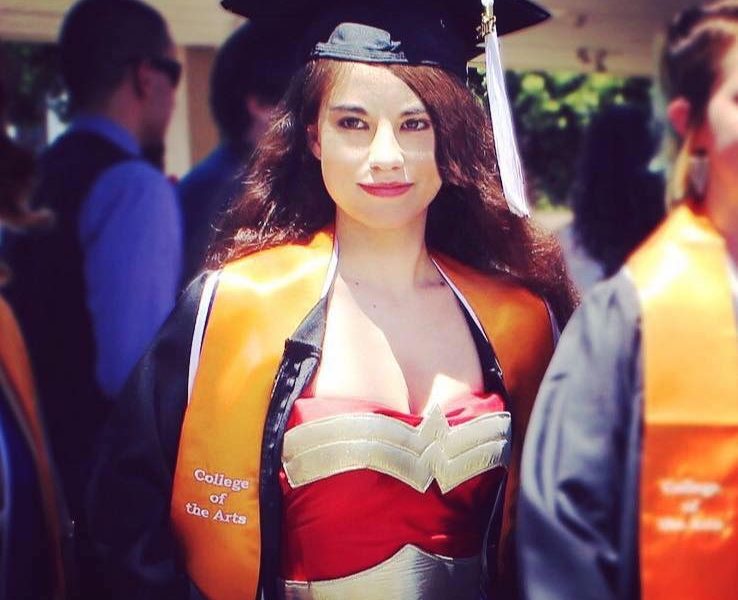 Today we’d like to introduce you to Amber Hainley.

Amber, can you briefly walk us through your story – how you started and how you got to where you are today.
I have been surrounded by film, animation, characters and costuming my entire life. With my mom being a professional seamstress, Halloween became a huge, exciting ordeal that I couldn’t wait for every single year. I loved dressing up and I loved watching my mom make these costumes of our favorite characters, going to the fabric store, the planning, everything that went into it. With a love for animation and film growing up, it all began to blend with the excitement of a costume. I loved getting to be a character. I fell in love with the theatre and began performing in stage productions over the years, training with professionals and broadening my experience and education in the arts as an actor. I also pursued the art of animation and found myself with a fascination for film. All of this eventually led me to pursue my bachelor’s degree in Entertainment Arts. I studied as a visual development/pre-production artist as my focus, also diving into screenwriting and film production. Once earning my bachelor’s from Cal State Fullerton, I returned to college to continue diving into performing arts and filmmaking.

With an industry as dreamy and tricky to break into as this, the best advice I received was “don’t wait for it to happen, make it happen” and so I decided I would. I started my own little production company and team, connecting with fellow filmmaking colleagues and began writing, directing and producing short films. With a great collaborative crew the first short film I wrote and directed and brought to a festival came home with the award for best cinematography and a “Cream of the Crop” award at another little festival. The audience talked about it endlessly and fell in love with it. It was all the positivity I needed to know this is where I belonged. Our little team has stuck together, excited to continue to work alongside each other and I’ve never been prouder of a group of such talented wonderful people. I continue to collaborate with fellow aspiring artists and filmmakers, all of us each with a similar goal and happy to help one another so we can all make the dream happen for all of us while telling the stories we want to tell. We know it takes a while to break through and get there, so in the meanwhile we all will keep creating and making our marks, a little at a time. For us in the end, we want to tell a good story and as long as we keep doing that, we’ll have made it no matter what.

All while working on these little films and productions, I have one hundred percent continued on with my love of costuming and nerd culture. Comic Book conventions have become a massive wonderful source of inspiration and networking. I had been in love with dressing up as characters and all its artistry for years but it was my grandma, who in my very early teens told me about these conventions. Mom and I took a trip with her to learn what they were all about (as she loves to dress up too) and we’ve been hooked ever since. I have met so many wonderful artists, aspiring and professional at these conventions who have left me with advice I will treasure always. As always, there’s a costume for these events. Conventions allow me to stretch the side of me that loves performance art. My mom and I are a team, working together to make these costumes (her as she does the design and costume itself and me the details, effects and props) Dad himself, loves to help with an especially tricky prop or detailing. The cosplay world has connected and intertwined with my career and artistry from networking to inspiration, in so many different ways. It definitely wouldn’t have made the connections I have without it. To this day, and for the past 11 years now, I continue to attend these events while also volunteering and appearing at special events as characters of all sorts from Marvel to Star Wars to even Jurassic Park. I love the joy portraying these characters and their stories can bring to audiences – as an artist it has shown me the power fiction can have.

Great, so let’s dig a little deeper into the story – has it been an easy path overall and if not, what were the challenges you’ve had to overcome?
There’s always some ups and downs no matter the artist, I feel. I’ve had professors tell me I couldn’t paint and never took me as a true artist with my animation and cartooning style of artistry back in school. I remember having to repaint and redraw several portraits a week before finals simply because the professor personally didn’t like them despite my best efforts. I’ve had other filmmakers from other crews tell me flat out “it’s not possible, you can’t do that” while I worked post-production on a project. I finished those portraits and continue to paint as I wish, providing a lot of concept art for my own projects that help my cameramen and film crew understand what we’re tackling. I accomplished what I “couldn’t do” and the film won the award in the end. I book commissions as an artist – of my cartoon styled pieces and sell prints of my work, I’ve displayed my work in a couple of galleries, I have strangers who have my art on their wall.

In the end the only one who could really fail me was me. I had to decide not to let that happen and kept doing what I knew I could. There are plenty of times something doesn’t work, or changes have to be made – a shot, a scene, a piece of dialogue, even as a performer – a way the line is delivered – or as a cosplayer, the way a costume piece fits. But this allows for us to simply try something different so it can work in the way it was meant to. There’s failure, but failure allows for learning, and I try to remind myself of that when something of any sort in any area just doesn’t go as planned. It’s ok to be frustrated, with art of all sorts I think it’s unavoidable. But – Everything happens for a reason. Bumpy roads can be fun!

Alright – so let’s talk business. Tell us about LionessCosplay / LindyToo Productions – what should we know?
As a filmmaker, I started LindyToo Productions. It’s my tiny little production studio where I produce my shorts and film projects under. My ultimate goal with it is to tell stories I want to tell – ideas and concepts I enjoy, that I know friends and family would enjoy, create film work that reflects those ideas. Collaborative projects that essentially hold onto the idea of making good art and telling a good story. I love a good, fun story that leaves me both satisfied and wanting more. I want my films to be able to do that.

LionessCosplay is who I am as a Cosplayer. “Lioness” serves as a title of sorts and it’s who the community recognizes me as more than they do “Amber”. Coming from the years of fun little comments and teasing about my big wavy long hair being a lion’s mane when loose, and a lion’s tail when braided – friends simply associated me with a Lioness over the years and so it became both my namesake and mascot. “Lioness” allows me to be known as “Lioness” and gives me the opportunity to share the variety of characters and costumes from all sorts of media rather than limiting me. There’s a fun individuality to it that still allows it to be me deep down.

Is there a characteristic or quality that you feel is essential to success?
I think I value definitely honesty and an overall genuine nature in someone. A good person, no matter what kind of artist, always has something to offer. Imagination as well is so very important. Imagination and Inspiration go hand and hand and both are needed for art of every sort. I don’t know where I’d be if the stories and characters I love hadn’t inspired my own imagination. 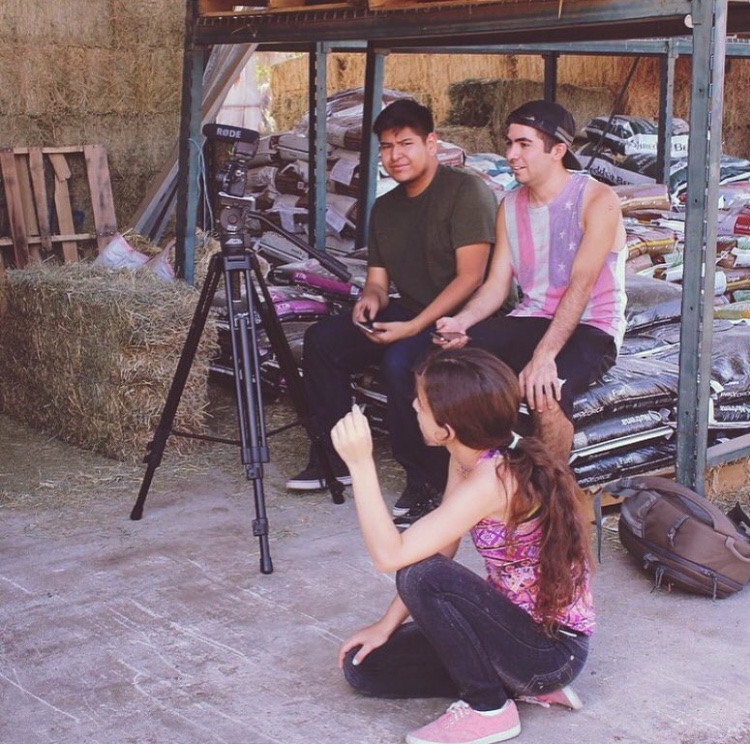 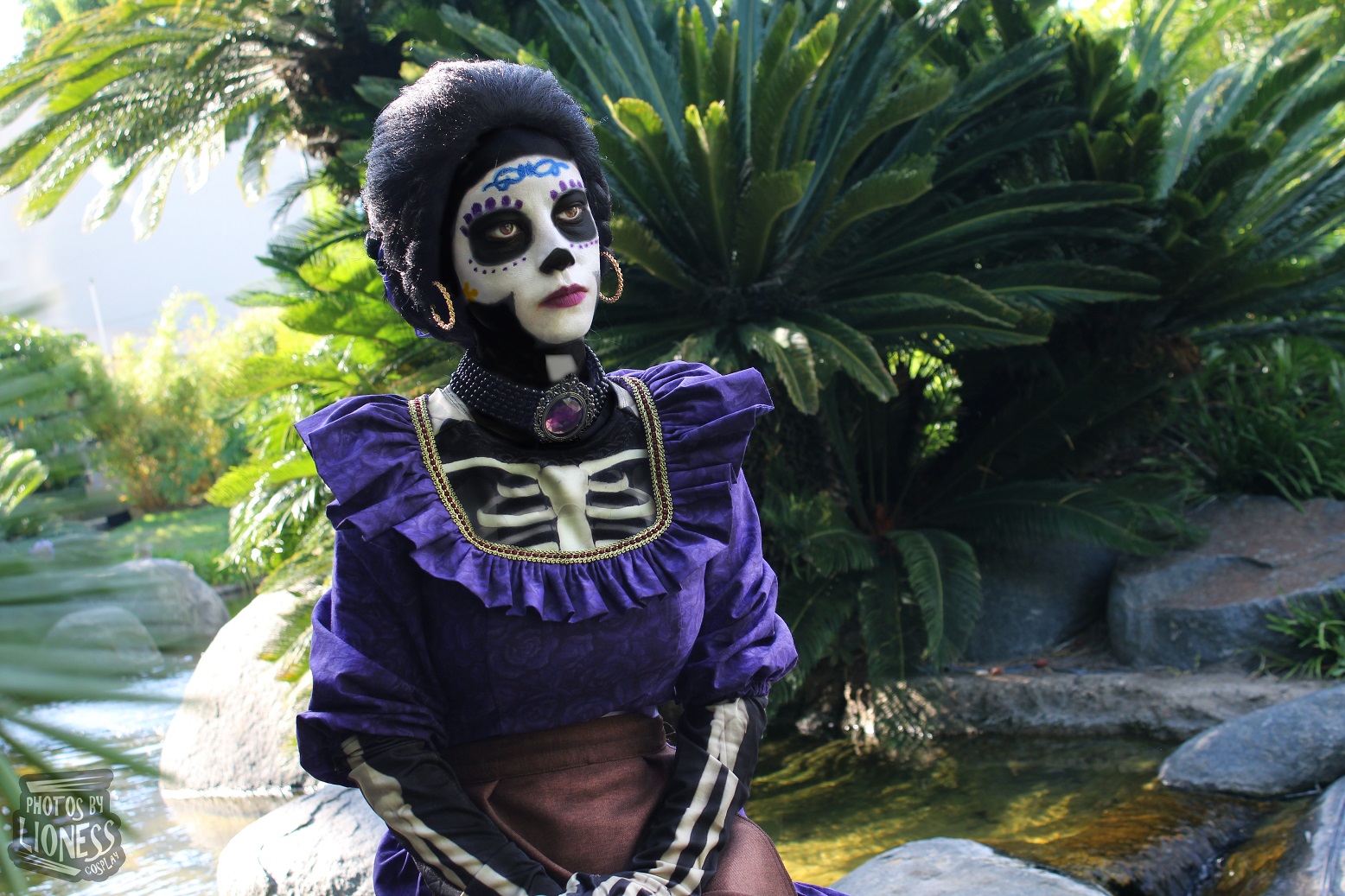 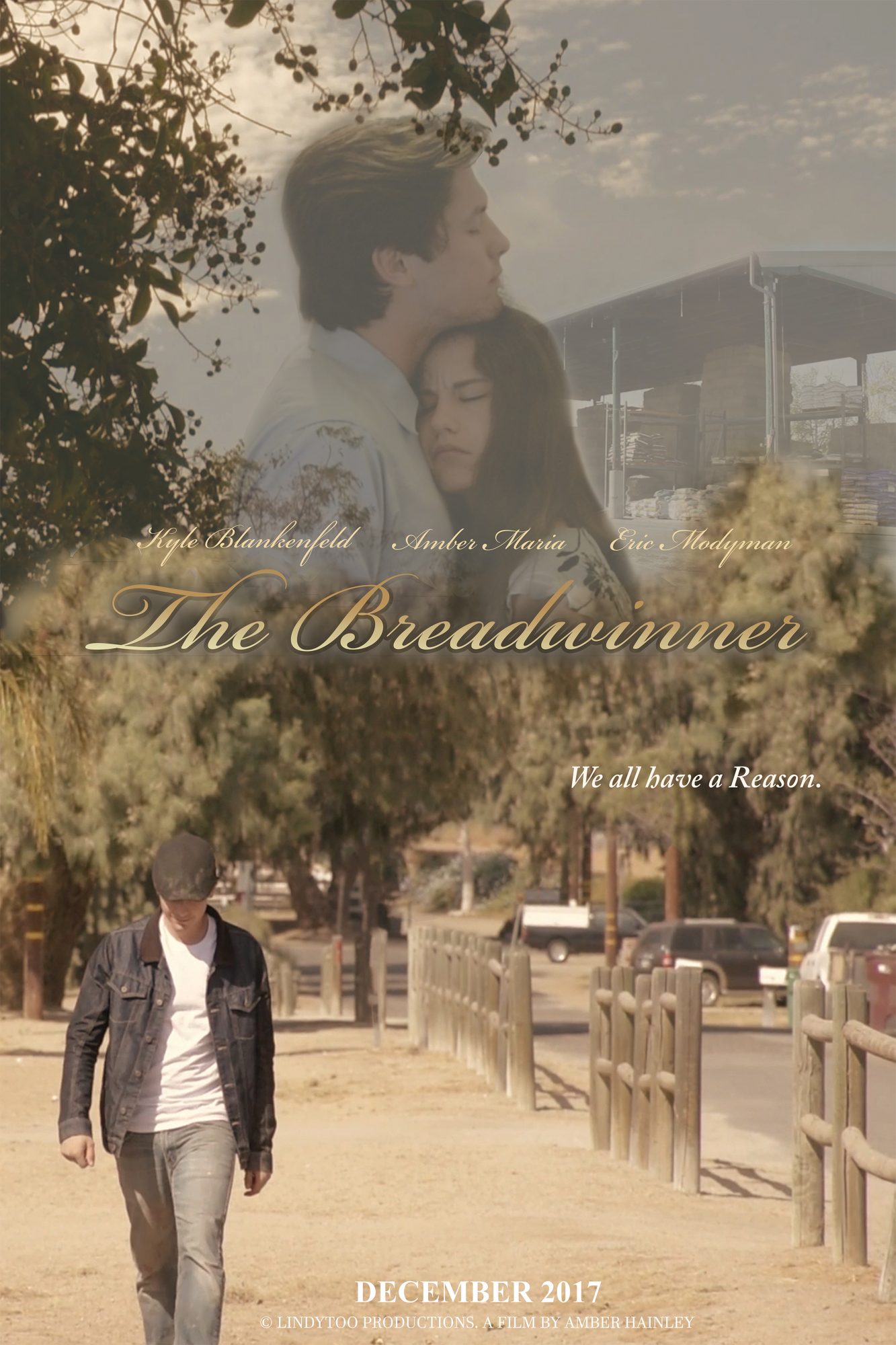 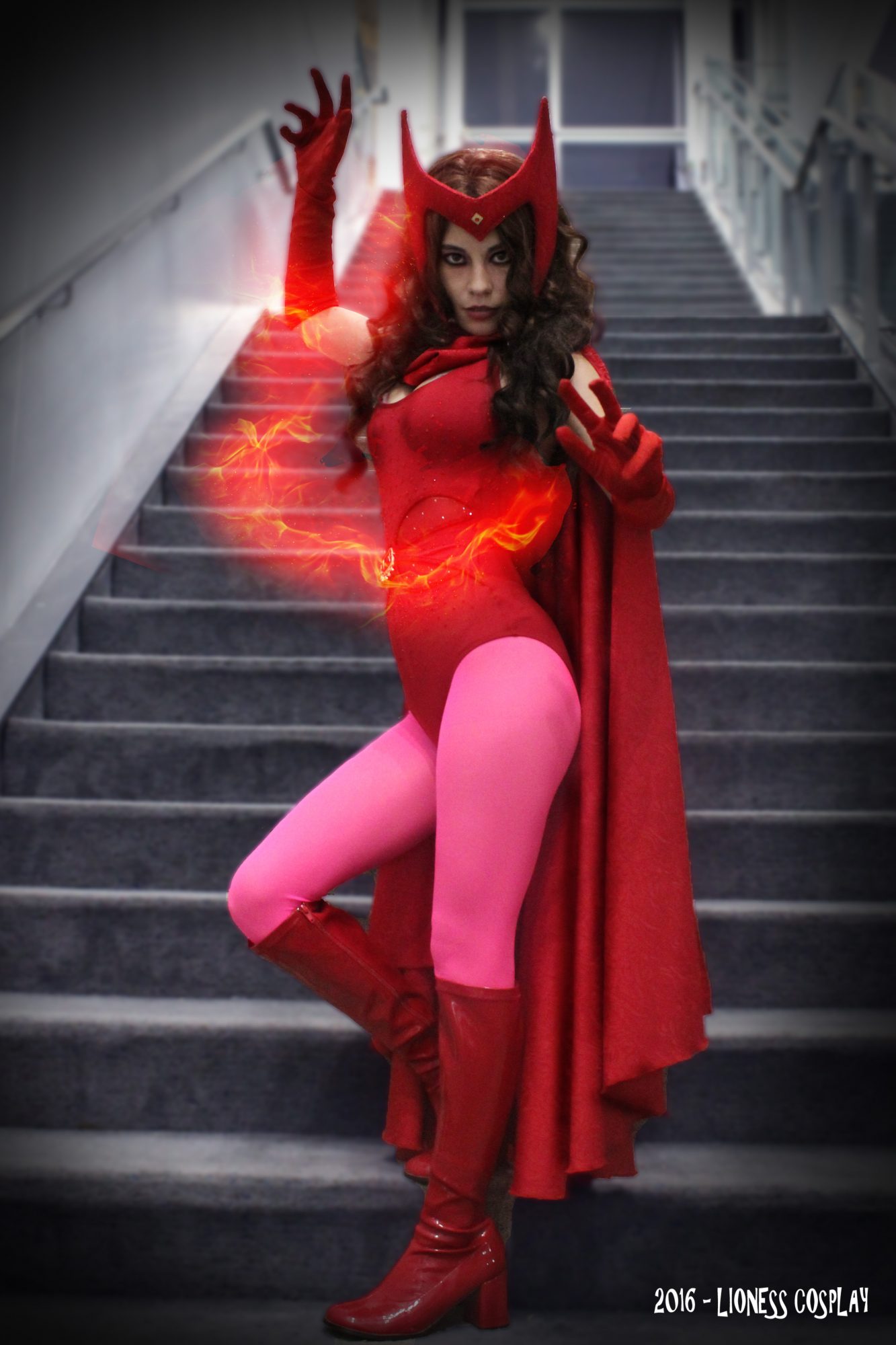 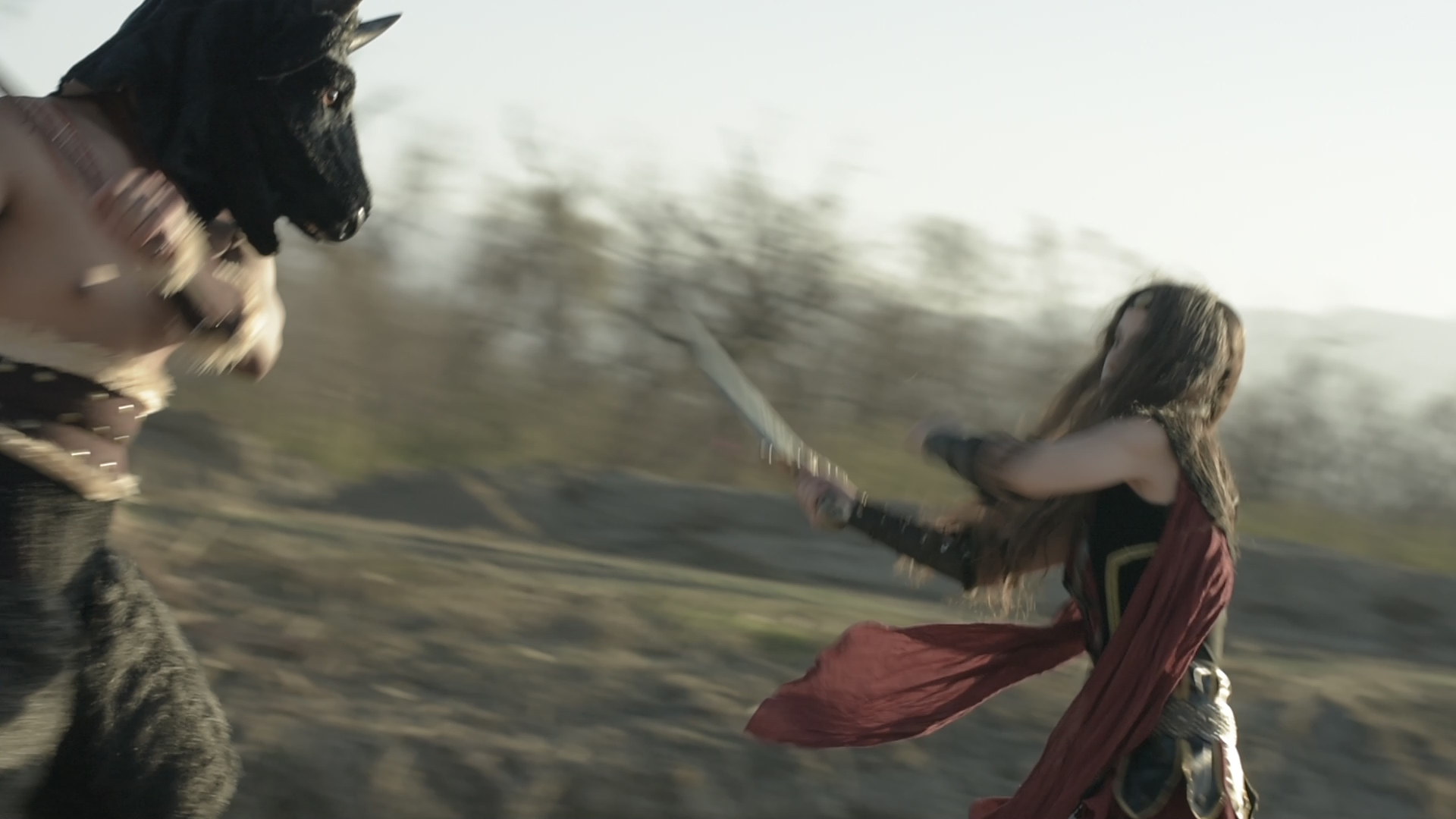 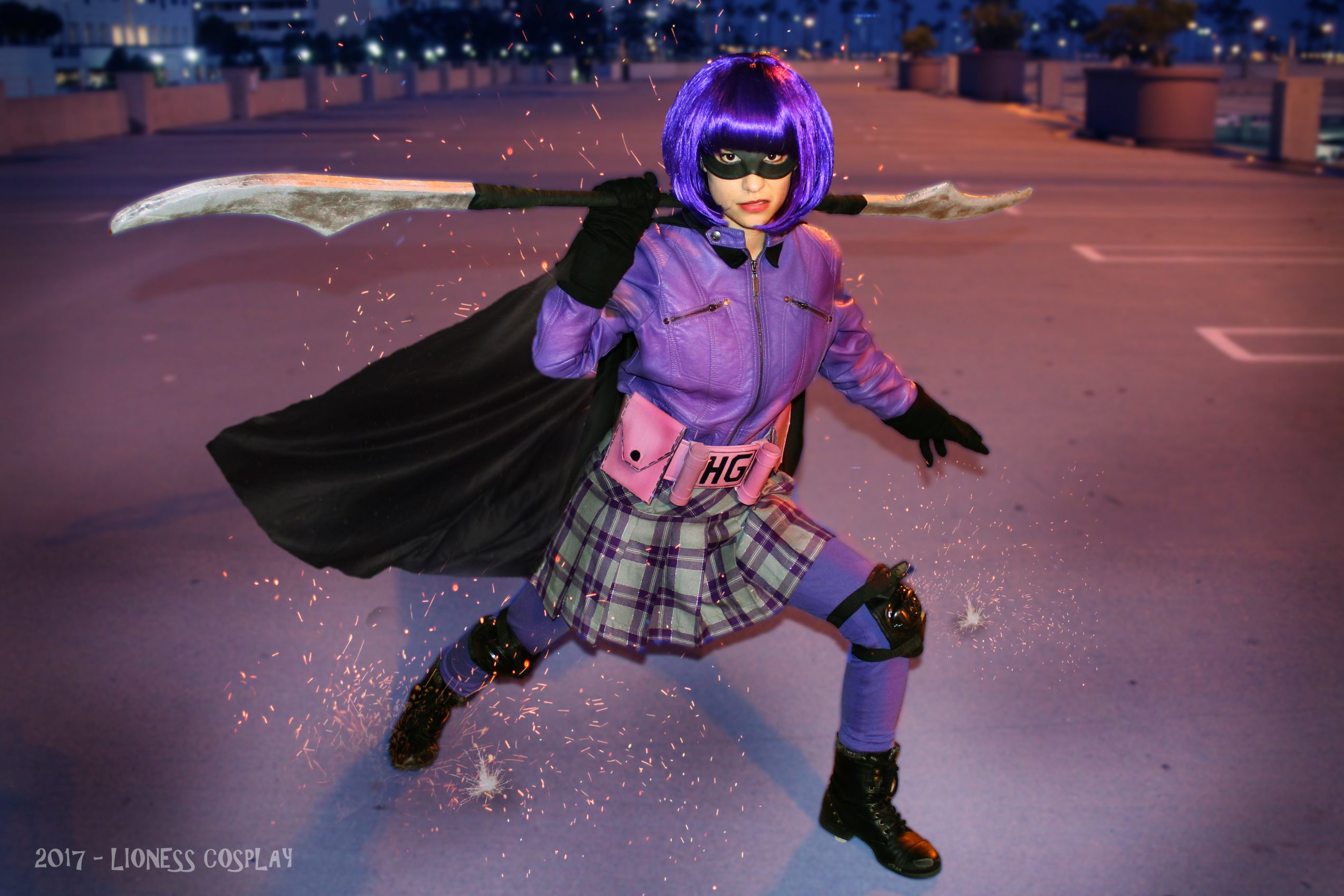 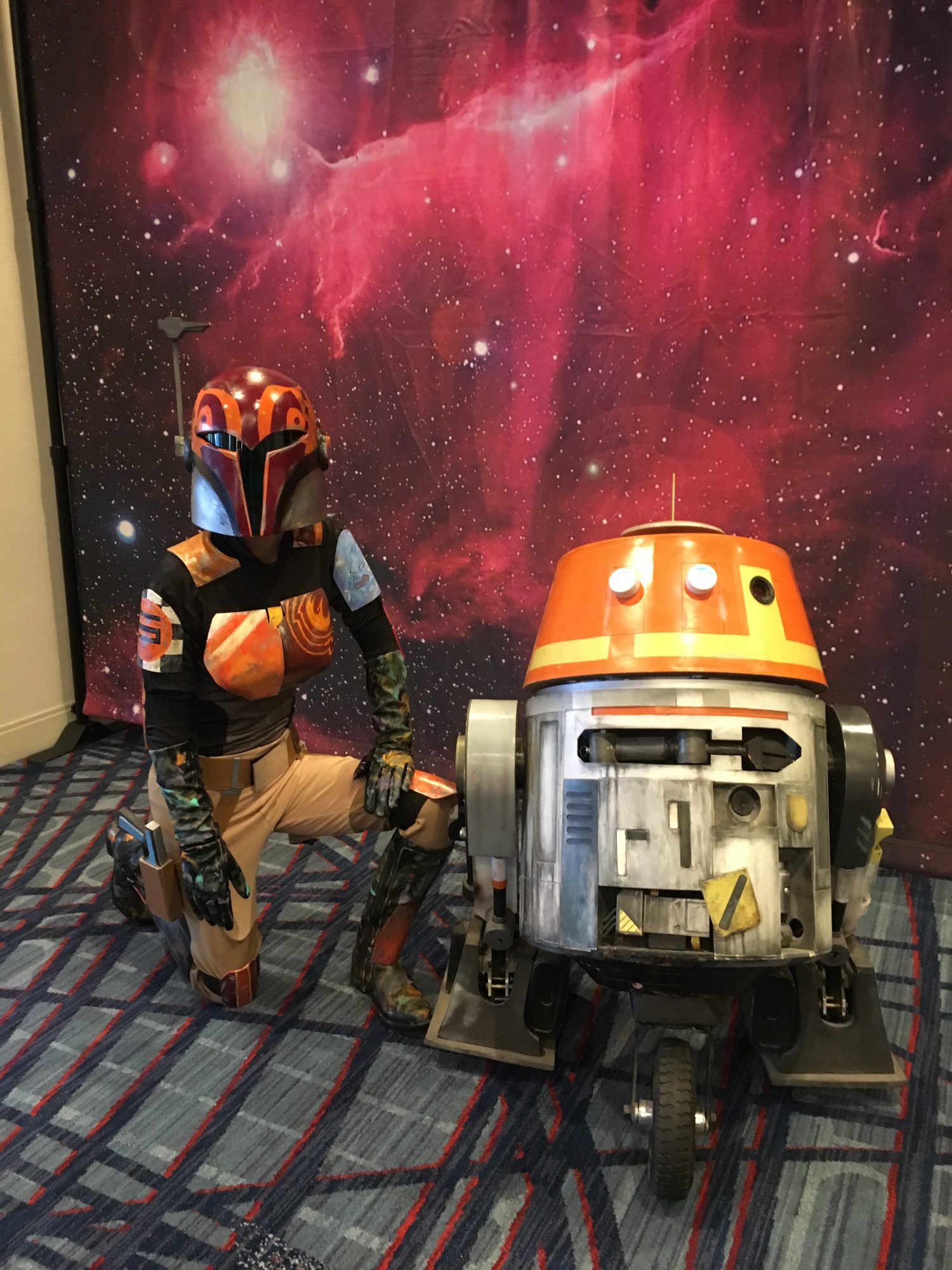