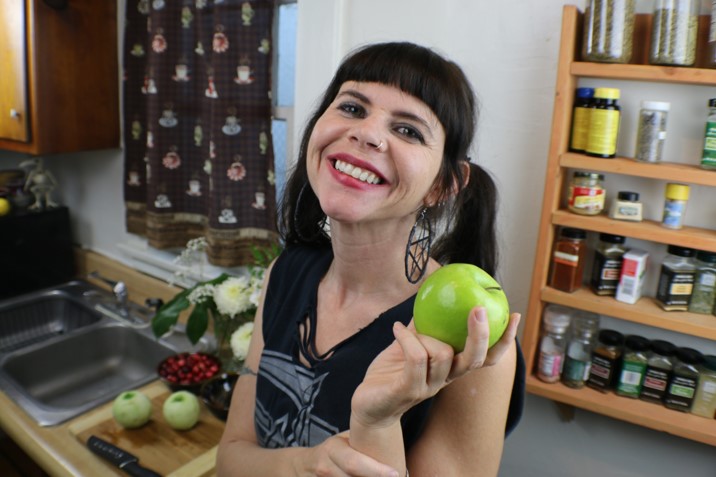 Today we’d like to introduce you to Amanda Mullins.

So, before we jump into specific questions about the business, why don’t you give us some details about you and your story.
I have always had an interest in cooking, but when I noticed that my health and weight were not in a place I wanted to be, I started developing healthy recipes. Over time I knew it was time to compile them. As I started my collection, I saw that I had created a lot of dessert recipes and decided that the first cookbook would be called Dessert First and contain all healthy, plant-based versions of old favorites like brownies and ice cream sundaes.

It was during this time that I took on a year-long training called The Tasty Life, led by Living Light Culinary Institute graduate and bestselling cookbook author, Jennifer Cornbleet. I learned a lot about creating recipes, public speaking events, leading classes, as well as personal coaching. During the training, Jenny asked me to coach in the following year’s Tasty Life program. Coaching in the program was amazing. I had the perfect opportunity to hone my skills and work with people all over the world. I found how much I loved working with clients, helping them to reach their potential and create the business and life of their dreams. I was also able to tailor information and ideas to the needs of each person to get the results they were seeking.

The year of coaching with Tasty Life allowed me to see what I could do for others and how to make coaching programs very individualized from healthy cooking to lifestyle design. With my training and hard work, I released my cookbook Dessert First in December 2018. It can be used as a tool in my coaching for any client looking for healthier options.

Through additional work with Jennifer Cornbleet and her husband Mark Futterman, I was able to see that lifestyle design is my forté. I live a very organized minimal lifestyle. This has created a great deal of happiness in my life. From the way I eat to the way I knock out tasks, all skills can be learned and applied to make a simple, joyful life for any person. I am passionate about sharing these skills with others.

We’re always bombarded by how great it is to pursue your passion, etc. – but we’ve spoken with enough people to know that it’s not always easy. Overall, would you say things have been easy for you?
It’s funny, no path ever seems to be linear, and no one said it better than Ryan Holiday with the book title: The Obstacle Is the Way. It rings true with anything big you want to do. It is a series of small steps that make the biggest impact. The cookbook was a daunting yet equally rewarding journey.

I have a background in Graphic Design, so I took on all aspects of the book including photography and layout. I was also going to self publish and then found a couple of indie publishing companies. One was with the Minimalists, Joshua Fields Millburn, and Ryan Nicodemus, and the other was one of my favorite authors, Timber Hawkeye. Timber had an event coming up near me, so I attended and approached him first. When I told him about what I was doing, he immediately offered to publish the book. That was the easy part. When I showed him that I had about 30 recipes laid out he said, “Wow! This is great, but it looks like a Powerpoint presentation.” He was right, and I started over. After shooting some ideas back and forth, “a look” came together. I created hand-drawn borders, and the recipe text was laid out on bits of ripped paper. It felt so much more in line with me and was worth all the time and energy it took to redo the 30 recipes in the new style. All of this was during my training in Tasty Life, as well as another year-long personal development program while working a full-time Fashion Design job.

Time management and self-care was almost a joke. Sometimes when I look back, I am not sure how I did it all. It was a true challenge. That was not the end with the cookbook issues either. Every step had snags. When it was time to edit I had laid everything out in a program called InDesign which was not suited for editing. So before that could happen, I had to find someone who could edit in the program. Even though it cost double what I had budgeted for, I was relieved when I found a great Editor to do the work. The ebook conversion took over a month because the company had never done a cookbook. This is seriously only some of the obstacles. If you want to make it happen, you take the next step and then the next one after that. Nothing more and nothing less and in the end, it becomes a finished project.

Meanwhile, in the Tasty Life training, I had speaking engagements that fell through and even one that no one showed up to. I just did my talk for the Yoga studio owner and my sister who came to assist. Many coaching and talk offers were met with “no thank yous” and “not interested.” I realized that what I am doing is not for everyone and that this is a marathon, not a sprint.

I am in it for long term results, which takes perseverance and time. I always think of The Tortoise and the Hare, slow and steady wins the race. I think this is true of most major accomplishments in life.

We’d love to hear more about your business.
I give clients a safe space to realize their potential and help them move through blocks with concrete skills and accountability. I specialize in creating healthy environments with food and cooking, as well as decluttering spaces, organization and time management skills, which creates a lifestyle. This sets the client in motion for a successful and simplified life that creates joy.

I am most proud of the fact that I am able to help others. To me, there is nothing more rewarding than to see others succeed and flourish in their lives. What sets me apart from other coaches is that I am able to guide people through tough issues with empathy.

Through mindset reframing, as well as setting up a series of clear action steps and accountability, I am here to create lasting change and more success over time. Ultimately, the client will not need to come back for the issue I helped them through. They will have the skill set they need to move forward with confidence.

What were you like growing up?
I grew up in a small town called Central Point, Oregon. I ate a lot of government cheese, a commodity they gave to all the low-income folks. We were dirt poor like everyone I knew and I relied on my imagination for everything. I was a tomboy with a huge interest in anything creepy crawly. I also had an affinity for singing rock and pop music, art, cooking, and designing costumes. I relied on my imagination for everything. If there was something I wanted, I would try to make it. I remember wanting a robot I saw in a catalog. We couldn’t afford it, so I made one out of some wood scraps I found in the backyard with a bit of help from my Dad who was a Carpenter. I hammered and nailed him together painted buttons on his chest and called him Marvin. I loved building forts in the marshy fields across from my house. It was a great place to see frogs, catch lizards and ride my bike.

My friends and I would play dress up and record little radio shows and pop songs in the bathroom where there was a natural reverb effect. I was highly anxious and introverted, but I decided at about 13 that I was gonna move to Los Angeles and be a rock star. There was nothing to do in my town, so as a teenager I learned to play the bass, then the guitar and started a band, which I later took to LA. In short, creativity coupled with action will take you a long way. 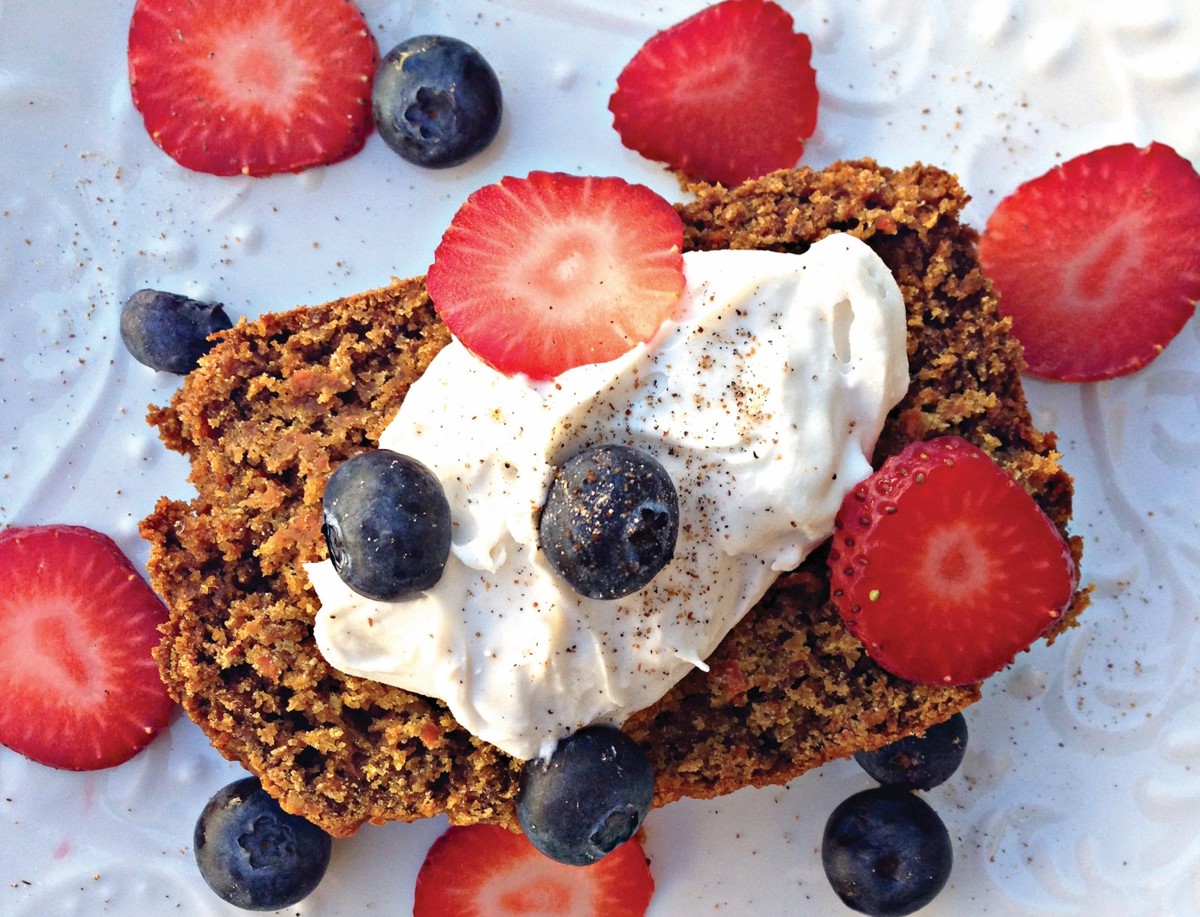 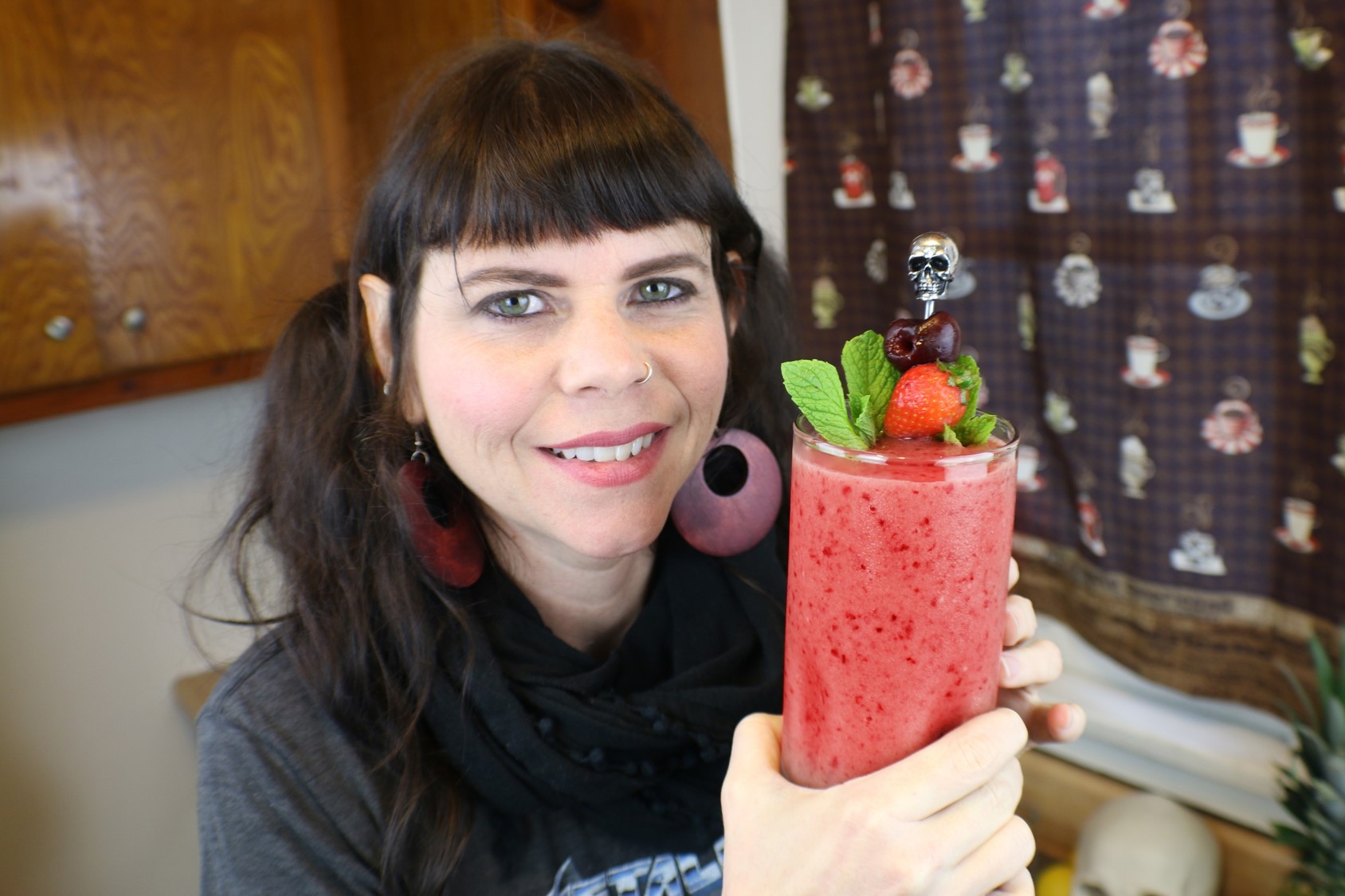 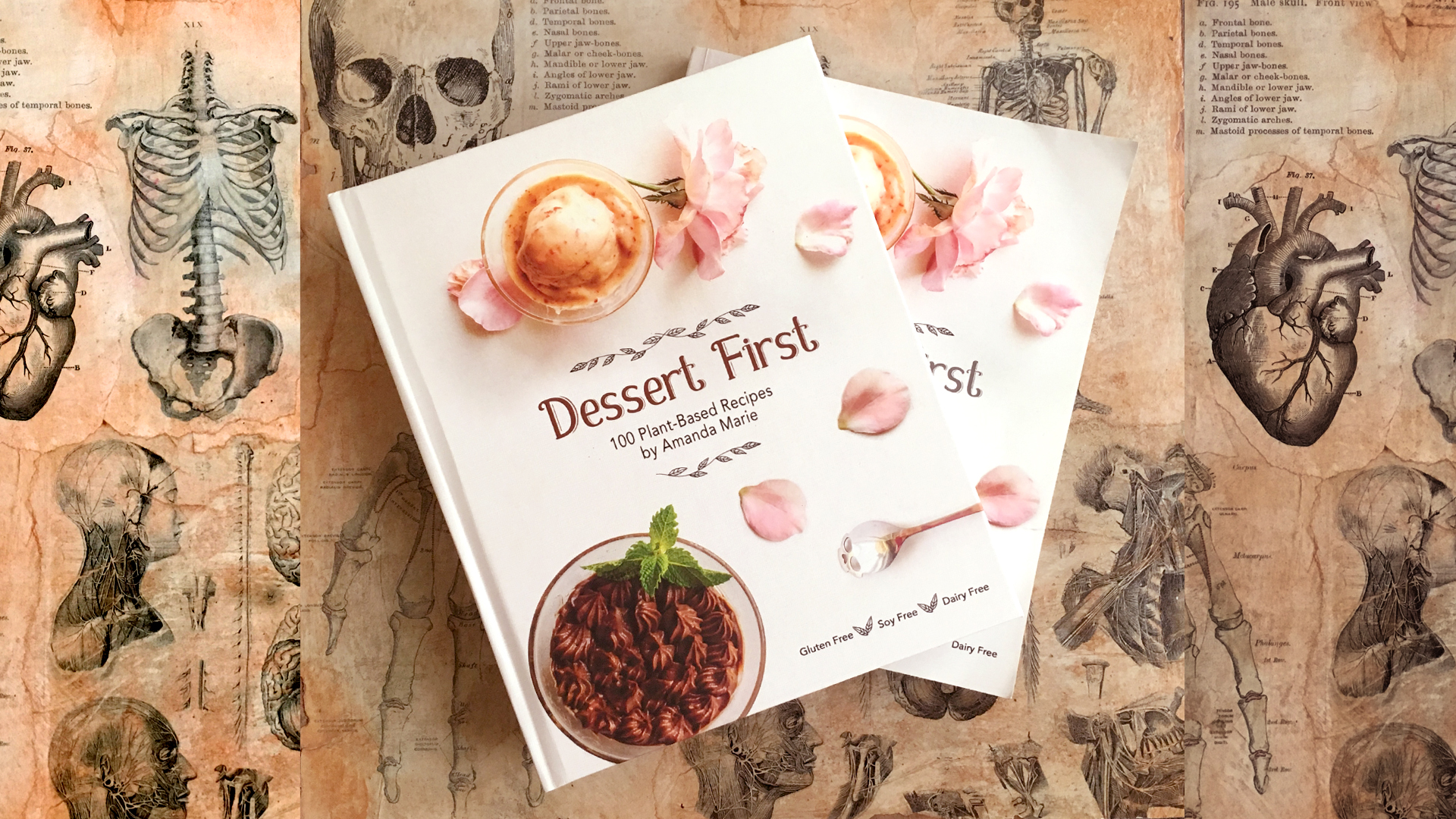 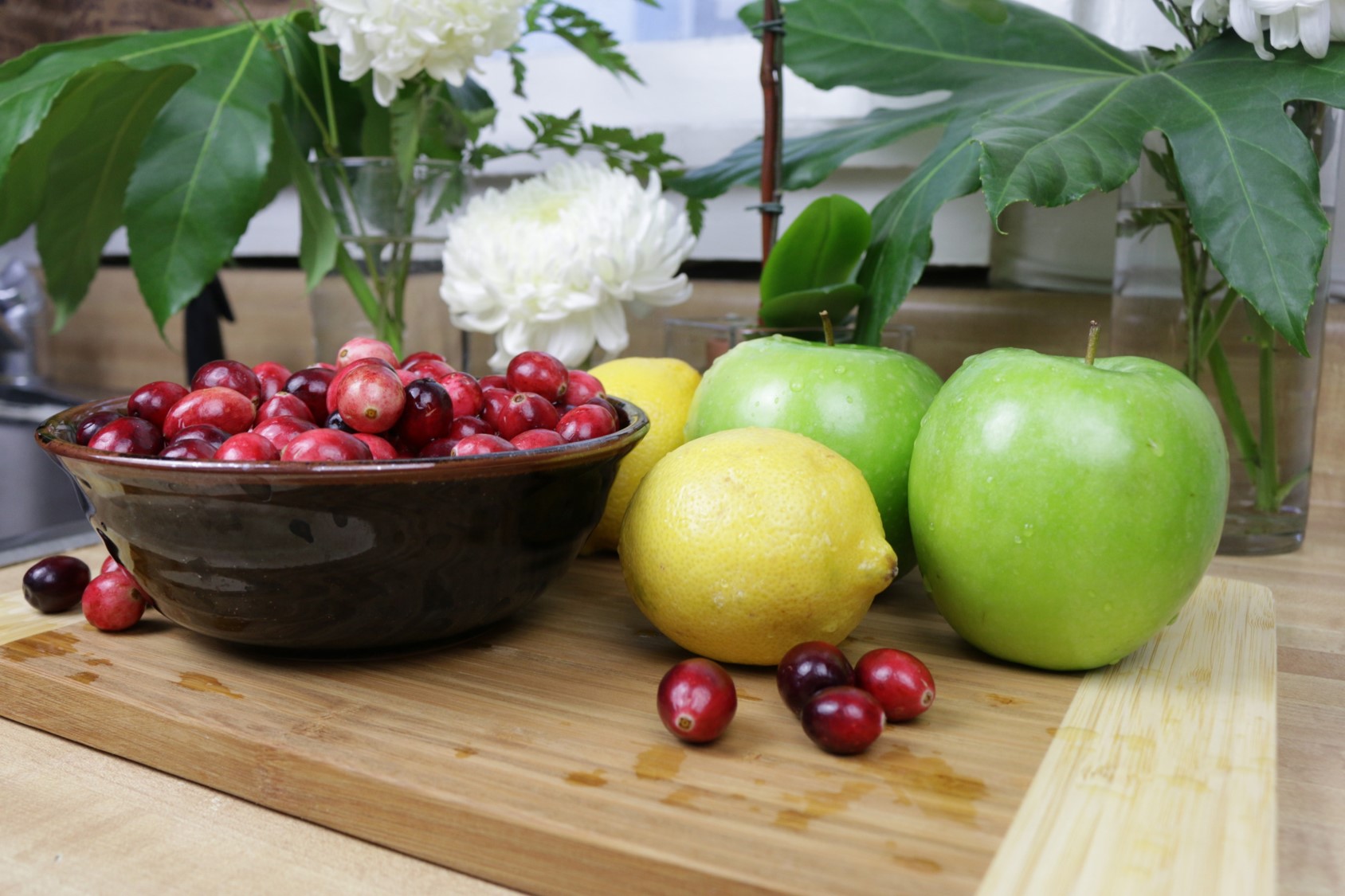 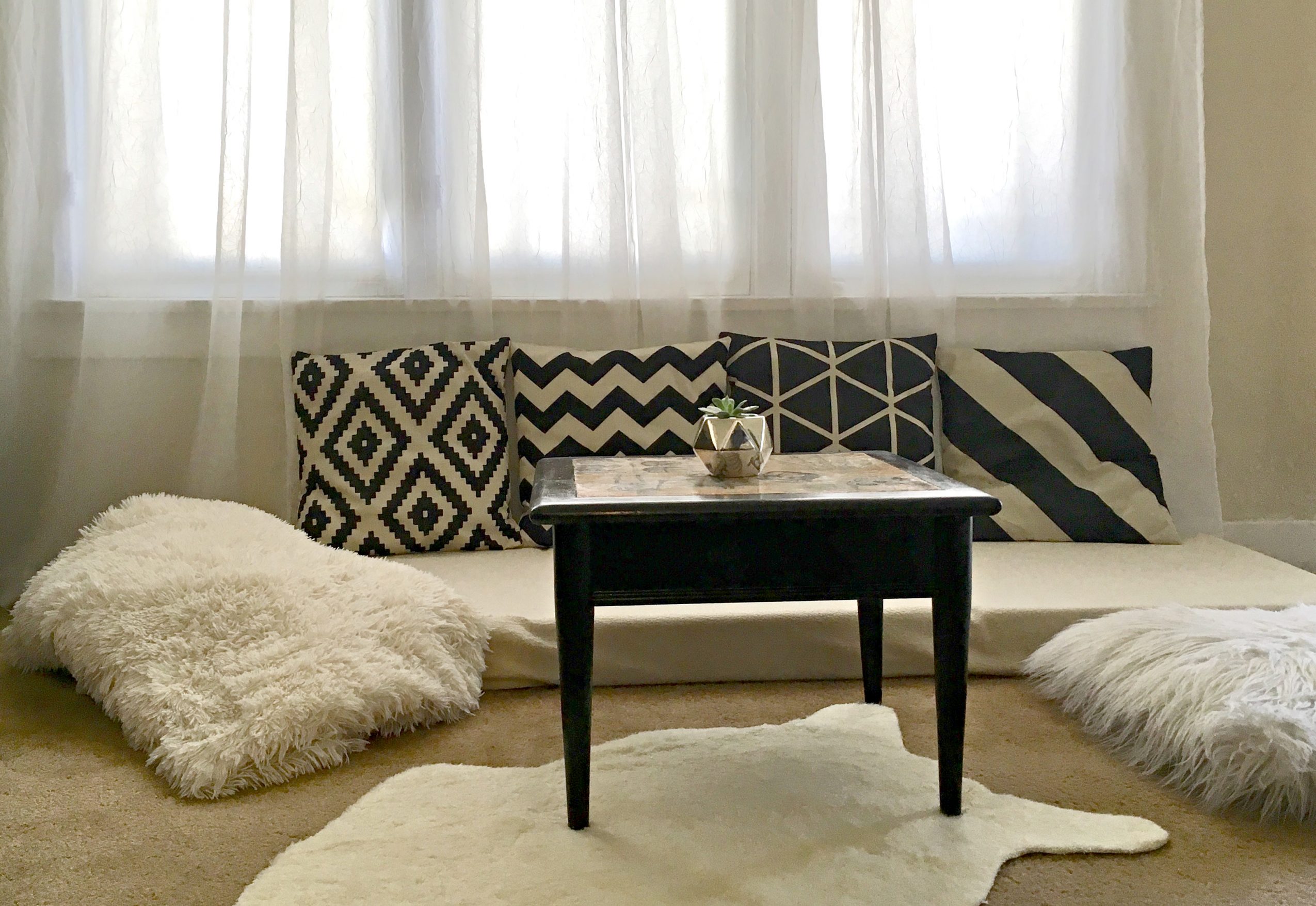