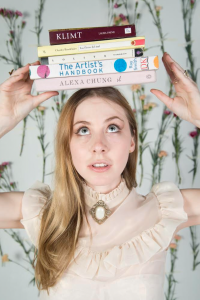 Today we’d like to introduce you to Amalia Santa Maria.

Thanks for sharing your story with us Amalia. So, let’s start at the beginning and we can move on from there.
Stories are medicine. They have such power; they do not require that we do, be, act anything — we need only listen. A close friend once told me that Cat Stevens’ song “Sad Lisa” brought her back to life and gave her hope. I was deeply moved by my friend’s experience and the power that a song or movie can have in others’ lives. This is why I do what I do: I aspire to connect with people in the same positive way through my work as a filmmaker and storyteller; to make a lightbulb light up when everything else seems dark. This is what films have done for me and I hope to bring the same kind of spark to others.

I’m a Colombian (yep, that’s in Latin America) director/writer/actress. My work explores female narratives, magical realism, and the human condition. Growing up, I wanted to be a witch, a fairy, a pirate, and a scientist, which seemed like sensible careers to choose from as a child. Then high school came and I realized chemistry really wasn’t my thing and all other career paths apart from scientists were unfortunately unavailable. However, that led me into acting. How was I going to manage to be all those things in a single lifetime? The answer seemed clear to me. So there was never a plan B. Without the art of acting, my life would be uninspired.

In Colombia, my birthplace, making a film is basically the equivalent of making a miracle. This is what lead me to move to L.A. three years ago. I arrived in LA with no contacts and had the opportunity to meet my wonderful mentor, Nia Malika Dixon through the Women in Film Mentorship program. Through her, I got the opportunity to work at her production company, Audaz Entertainment, and her film festival Black Muslim Girl Fly. Most recently, I directed my first micro-short film that has garnered some laurels as a semi-finalist at the Oniros International Film Festival (the winner is still to be announced, so we’ll see). Later in the fall, I will direct a sci-fi short I wrote and will star in back in Colombia.

We’re always bombarded by how great it is to pursue your passion, etc – but we’ve spoken with enough people to know that it’s not always easy. Overall, would you say things have been easy for you?
It’s always hard when you’re starting out and going into unchartered territory and your dream is not just a regular dream of becoming a lawyer. Colombia is quite a traditionalist and conservative country in the sense that you go to college and get a 9-5 job at a stable and sensible company. Anything outside that is deeply frowned upon and people fear and judge you in equal amounts.

I find persistence is key especially when you’re taking a creative career path. You have to trust your gut and know not everyone is going to like you, your work, or your choices and that’s OK! I once had an acting teacher that hated me so much she tried to get the university to kick me out and told me I should reconsider my career choice because she thought I wasn’t meant to be an actress at all. I didn’t believe that for a second.

Fast forward a few years and I wanted to move to LA. Since I’m Colombian, I couldn’t just waltz in and start getting work. Getting a visa under the Trump administration was a struggle, to put it mildly. Not only did I have to move and start a life from scratch, make connections, get a survival job, an apartment, and a car, I had to prove to the department of immigration that I was already an established actress. It took three tries, a year, and a large part of my savings to move. But even all that hasn’t deterred me from wanting to accomplish what I set out to do. It comes with the job and challenges are part of the journey.

We’d love to hear more about your work and what you are currently focused on. What else should we know?
First and foremost, I’m a storyteller. My work explores female narratives, magical realism, and the human condition. As an actress and filmmaker, I’ve had the opportunity to work on several international projects including an Elijah Wood production that is now streaming on Netflix, “The Boy”; a Norwegian feature “Handle With Care” directed by Emmy Award nominee Arild Andresen; and “The Errand Boy”, an indie feature in which I worked as one of the main cast members as well as 1st assistant director.

What I’m most proud of is sharing authentic feminine stories created with a majority female cast and crew, which is why I’m really looking forward to shooting the tech-noir thriller I wrote this coming fall. The cinematic pieces I create take place in contexts of magical realism which is something I think sets me apart from others. Magical realism takes place in a regular world that we recognize as our own, except extraordinary things happen there. It’s not exceptional enough to be fantasy – just normal reality stretched a little bizarrely. There usually isn’t much explanation of the slight jump in reality- it just IS that way. As a Colombian storyteller, magical realism is a natural fit for me. Unlike my European or American counterparts, where something is or it isn’t, we Latin Americans have a heritage that comes from our indigenous ancestors where we don’t draw (in stories and our everyday lives) a fixed-line between the natural and the supernatural.

So, what’s next? Any big plans?
The future is bright! This coming fall I’m excited to be directing and acting in the tech-noir thriller I wrote. I’ve been very lucky to meet a stellar team of people who understand the project’s vision, story, and aesthetic. We’ve been developing and starting pre-production through online conference calls during the pandemic. What’s also very exciting is this is the first short I’ll be directing in Colombia, my native country.

My producer, Nicolas Troya, also really liked a short story I wrote about a family legend. The story revolves around our heroine, Agatha, and the folklore that if the machaca (a tropical insect) stings you, you have to engage in an act of carnality within twenty-four hours or face death (however, there are no explicit sexual encounters in the story). So we’re slowly starting development for that story. After that, I have an anthology film of ghost stories in the works. They’re inspired by stories my friends have told me, I always like having that element of magical realism in my work. 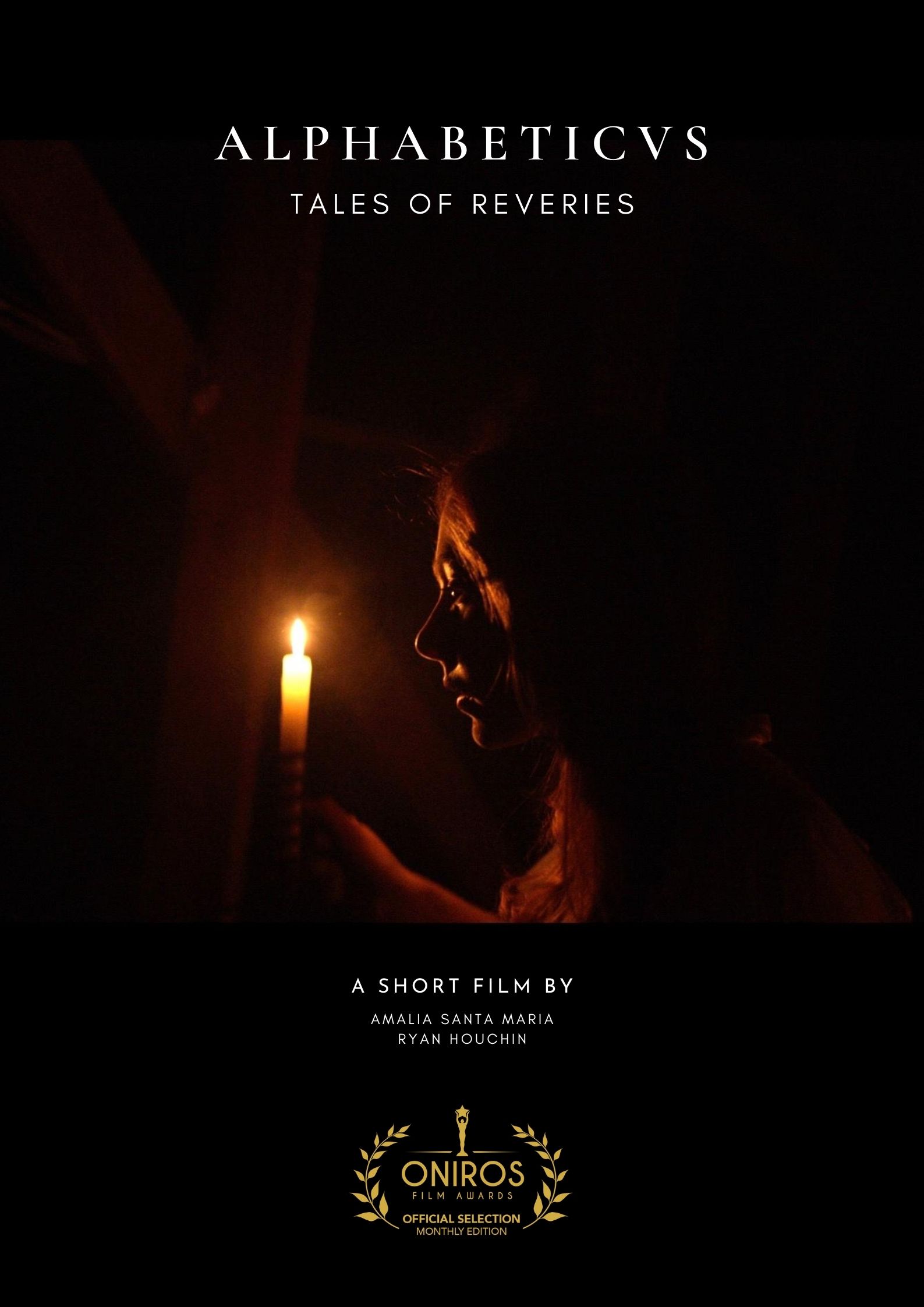 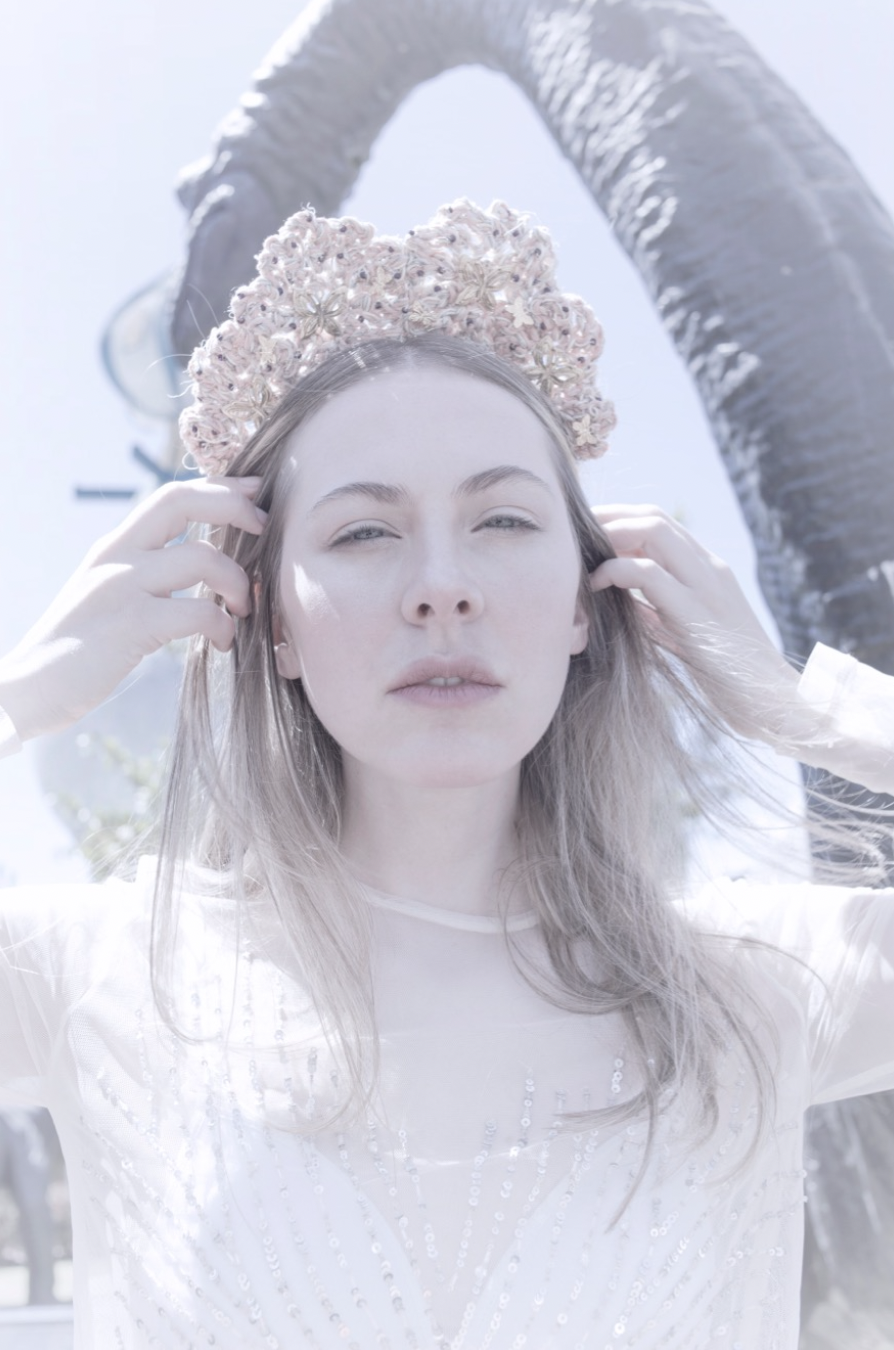 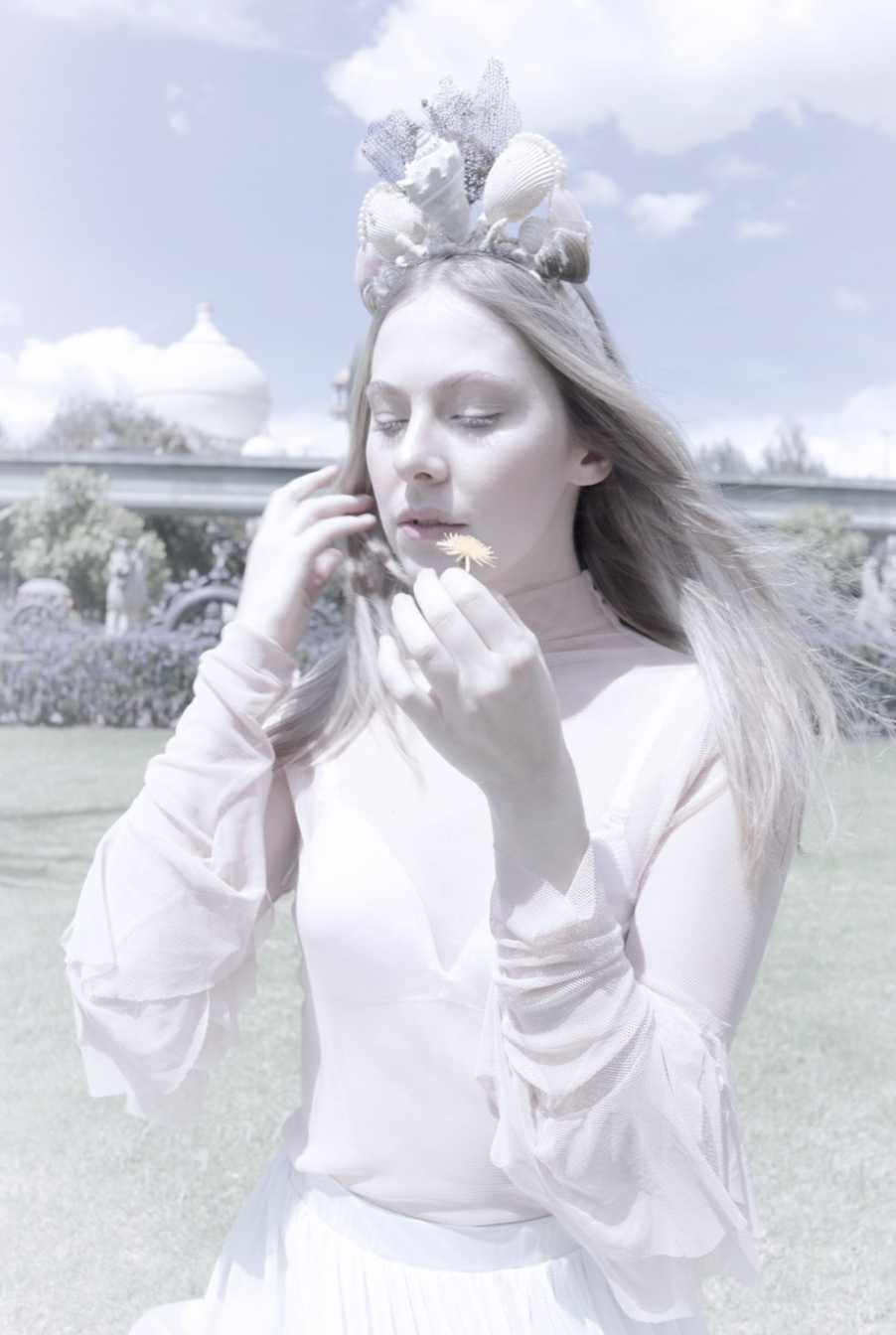 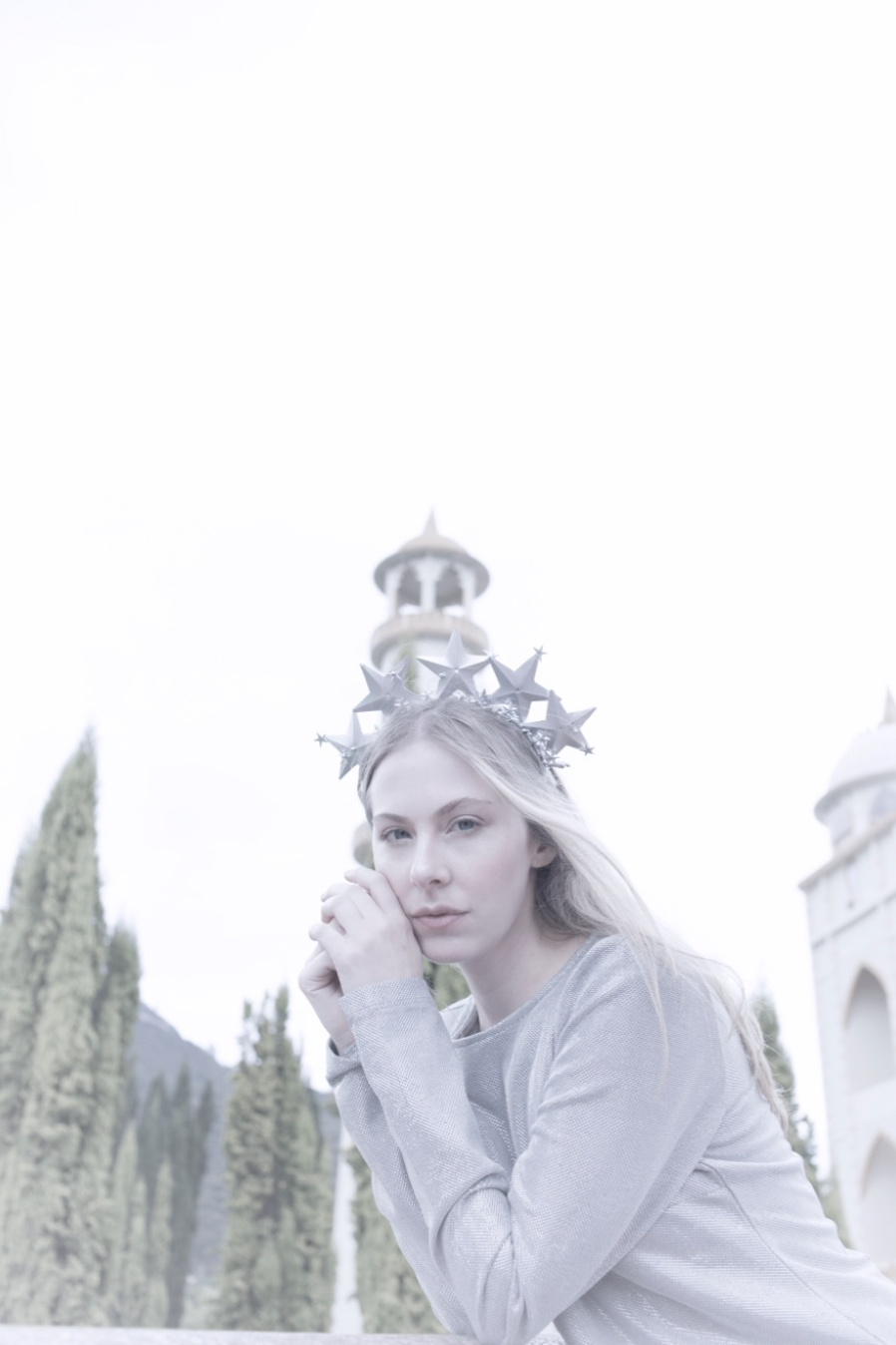