Today we’d like to introduce you to Alyssa Barron.

So, before we jump into specific questions, why don’t you give us some details about you and your story.
My mother always told me I was singing before I could speak, so I guess a career in music was inevitable. Music is in my blood, too: my father plays guitar, piano, ukulele and sings; my paternal grandmother played piano and organ; my maternal grandmother was a singer and played the accordion. There’s even an old poster from my ancestry of the singer and comedienne Belle Gold whom, I’ve gathered was something of a Sophie Tucker of the wild west. My entry to performing was at the age of three when I toddled onto stage with my father, took the microphone in hand and proceeded to butcher the lyrics to Gorilla You’re a Desperado by Warren Zevon, and it all snowballed from there.

I’d been heavily influenced in my youth by Ella Fitzgerald, Janis Joplin, Etta James and sang jazz and blues early on. When I lived in England, I fell in love with folk music and began to write in earnest and dabble on the guitar. While attending Guildford Conservatory in the UK, I recorded the title song for the play Someone Who’ll Watch Over Me, where my voice made a tidy tour of Scotland and England, culminating on the West End. After graduation, I worked mostly doing voiceovers with the occasional play or gig until my visa expired. Back in California, I floundered a while and was essentially grateful to be home when my mother’s health failed. I sang in several bands: jazz, blues and folk while care-giving for my mother — all the while writing music and offering private performances and duets with my dad. It was after her death that I bothered to assert myself again and sang with The Blind Lemon Peel All Stars, a blues band with Craig Kimbrough and Willie-Ray Brundidge who have played with greats including Joss Stone, Swamp Dogg and James Brown. When the lead singer, David Hale invited me to open with the band, I got the chance to perform my own music on stage for the first time.

We recorded my originals live at the legendary Catalina Jazz Club in Hollywood and I crowd-funded the release of my first demo with those tracks. Soon after its release, I was honored to perform at the Manhattan Beach Summer Concert series with BLP (the same local venue I’d gone to every year since moving to California). Not long after, I set off solo for a couple of tours of Europe, including England, Iceland, Czech Republic and Hungary. Currently, I sing with the Pacific Coast Jazz Orchestra and have a residency at The Edison, the fabulous speakeasy in DTLA, where I sing blues, jazz and RnB with a dear bandmate, Troy Romzek each Saturday night.

I’m also working on my debut single from scratch, Day Will Come with Steve Aguilar of Tomorrow’s Bad Seeds. It’s a song about coming to terms with death and with life, and that even though hardship comes up again and again, their is ultimately always hope. Alongside the single, I’m working with local Hermosa Beach Studio 637 on my first fully produced EP. The music reflects the sorrows, endurance and hope of the last several years, shamelessly embracing my love of folk music with plenty of cello. Like cowbell, you can never have too much cello. Parallel to my music, I’ve been writing forever as well. I didn’t officially study it, but writing is as much a part of me as music, perhaps even more so as they intertwine.

In the last few years, I’ve published various articles and poetry and have the inescapable habit of writing fantasy. I’m currently working on a novella series, In the Hands of Gods about a reluctant hero faced with having to rescue the man she loves and bring him home to his wife. And my passion project brought on by two consecutive dreams I had a decade ago: a fantasy trilogy about a girl who gets turned into a witch, who becomes a queen and does everything in her power to unite the worlds of witches and men.

Great, so let’s dig a little deeper into the story – has it been an easy path overall and if not, what were the challenges you’ve had to overcome?
I’d say the struggles were mixed. Lots of them were internal and still are. Aside from the obvious struggle of losing my mother, I’d say the biggest struggle is expectation. Like rungs of a ladder, I’d assumed after graduating university I’d simply climb the necessary steps to success. Oh, how stupendously naive I was. The truth was far more challenging. One success doesn’t always lead to another. And it’s not a ladder, but more of a forest of brambly trees with fragile branches sturdy enough to crack under my full weight. Suffice it to say, the going is not obvious, and things tend to take so much longer than you anticipate.

The biggest lesson I’ve gleaned from this is not to force anything. I’ve had my fair share of exerting my Taurean will and ended up with broken bones in college and more recently, a misguided marriage and divorce. That’s not to say I don’t believe in striving for your aspirations, but time has taught me that blunt force doesn’t get the desired results. It’s cliche, but I do believe that if you keep doing what you love for the love of it, the world will respond in kind. And success doesn’t mean what I thought it did when I was a teenager. It’s not draped in money or attention. Success is the warmth you feel when you’ve done your best in all aspects of life. It’s cozy and intimate, and keeps your bed comfortable and dreams sweet. The struggle comes when I forget that.

We’d love to hear more about your work and what you are currently focused on. What else should we know?
I am a singer, a songwriter, a novelist. I also teach yoga, which was an unexpected boon in my life where I get to hold space for other people in a soothing and meditative way. In order to get out of the house and out of my own head, my friends hijacked me onto the board of Miracle League LA, a non-profit baseball league for children with special needs. I’m also a sommelier and pour wine in another effort to nurse the extrovert hidden beneath my introversion. I mention these things because as much as teaching, non-profits and booze benefit my clientele, they uplift me as well. The biggest mistake I made after graduating was in thinking that the art would be enough for art’s sake. At every audition, I was asked, ‘and what else have you been doing to occupy you?’ At the time, I had no notion of the point they were making. I can hunker down and hermit away like nobody’s business but my own, but eventually, I realized that life, interaction, generosity are essential to art and what I mean by success. What sets me apart? Someone once showed me a pie chart depicting all the aspects of life: career, health, family, creativity, friendship… At the time I first made my chart, it was sparse in most areas because I was forcefully striving for my career. Now, I’m pretty good at maintaining the overall balance of my pie. Pie is too underrated.

What moment in your career do you look back most fondly on?
When touring Europe, I was invited to Hungary to perform with the Rambling Blues Trio. The venue was intimate and crowded with an appreciative audience. For some reason, blues is held in high regard throughout Europe, in a way that only pales in America. I’d learned Etta James’ I’d Rather Go Blind especially for the show, performing it for the first time. It was raw, emotional, tender. There was no idle conversation buzzing in the background, only active silence from a crowd of people who didn’t all speak English. That’s the wondrous thing about music, it crosses cultures and connects us beyond language. Silence rang out at the end of the song before the audience applauded as one, clapping in unison for the musical journey we’d all shared. In a land far from home, where language was a barrier between us, music ensured we understood each other. We connected. And that’s what music (and life) is all about. 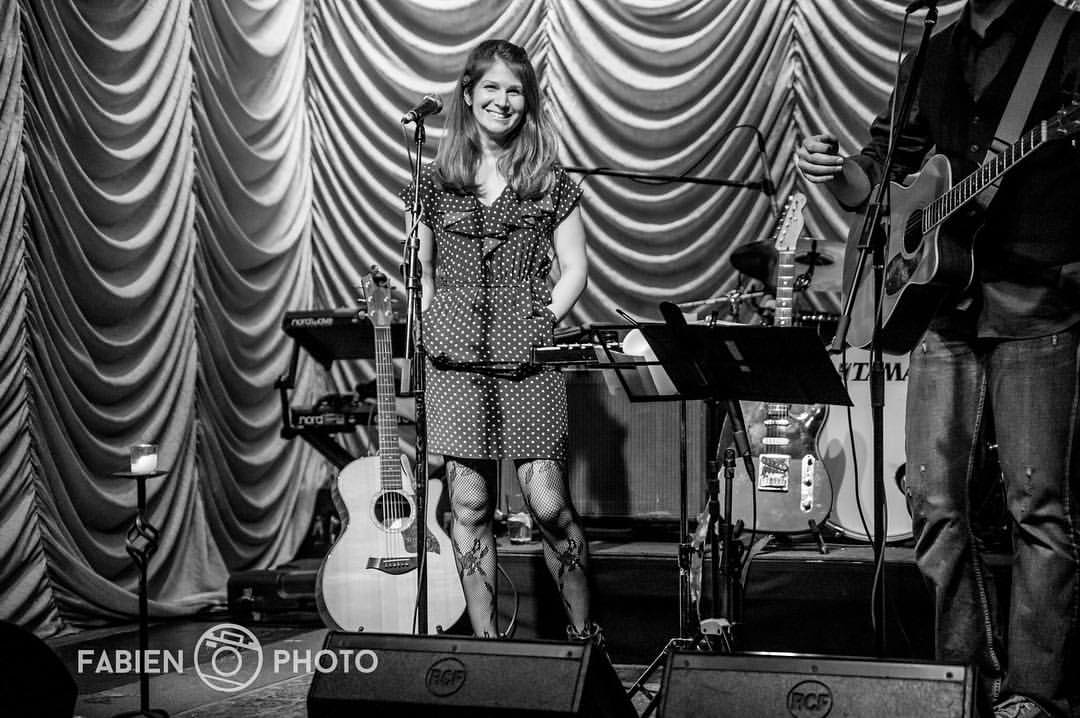 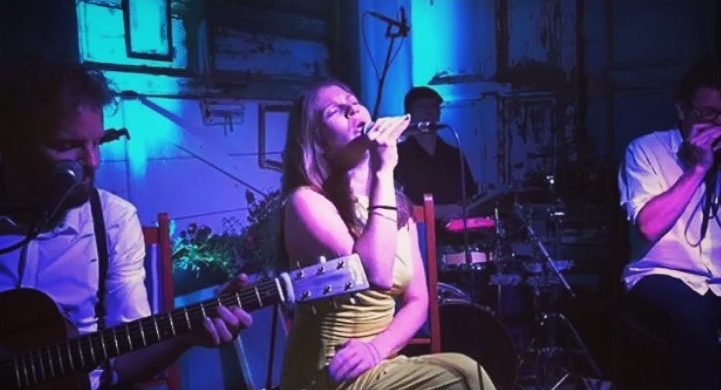 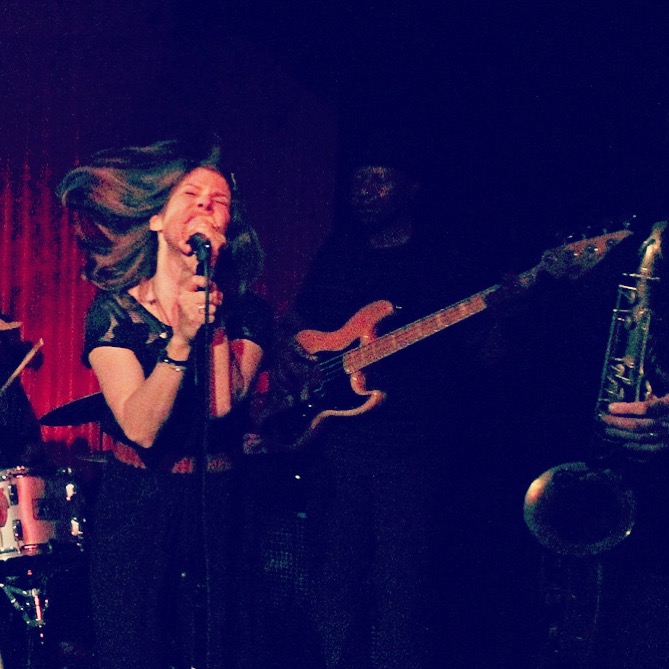