Meet Alyshia Ochse of That One Audition Podcast in Hollywood 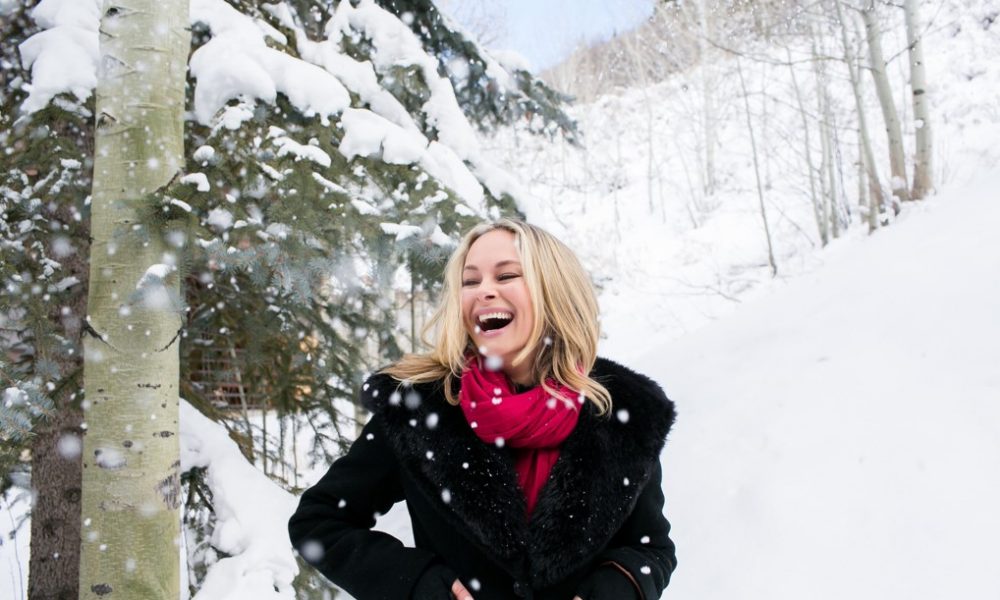 Today we’d like to introduce you to Alyshia Ochse.

Alyshia, please share your story with us. How did you get to where you are today?
My journey started on a rooftop. “Cloud kicking” with my friend Angie became a regular occurrence for me to wonder and imagine the unknowing. Before the time of iPhones, Google, Siri… dare I even date myself and say before the great world wide web…

My acting desire was born before I could formulate thoughts. “I wanted to be in the TV” was a sentence I figured out how to write at five years old, yet, I wasn’t taken seriously. I use to daydream, imagine, create a story about what is beyond my small town and what it would be like to inhabit another person’s life.  There wasn’t a clear path, I didn’t know an actor. So sports distracted me and kept my truest desires at bay.

A torn ACL and a soccer scholarship lost, I put acting at the forefront of my ambitions and three days before college graduation I packed a U-haul and headed to sunny California assured that my destiny would be imagined and Stephen Spielberg would for sure discover me at 7-11 on Hollywood Blvd. I arrived in Los Angeles with a naive sensibility and a path designed to teach me lessons on the job.

Mr. Spielberg did choose me to be in his movie… as “background artists.” No, I didn’t get plucked from the background to be made a star. I put my sports-minded work ethic to the test and began the grind. Dog walker. Bartender. Gym receptionist. Babysitter. Bottle service girl. This is where my destiny landed me.

And then it happened — my first job with my Doogie Howser. Yes, I had an obsession with Doogie. And now Doogie was Barney, and my first job was the second episode of HOW I MET YOUR MOTHER. I had one line. “Nice to meet you” is what I had to act while shaking Neil Patrick’s hand trying not to blurt “Doogie, oh my gawd, Doogie.”

Then the audition circuit began, some were naively great, others were miserably embarrassing, most were downright ridiculous. Then my big break happened. That ONE audition! Let’s set the stage. This audition required me to run in a bathing suit and stand alongside another woman that looks exactly like Giselle. As we ran, my fate would unfold in a trumpeted sounded fart. Yes, I farted in my audition! Not once, but twice while running in a bikini. At the moment, I didn’t know that this would change the course of my next nine years.

That fart changed my life. I was embarrassed. I was almost impressed. In shock by my bodily betrayal, I shared my story that night in an acting class in front of all the brilliant actors that were on popular TV shows. The class erupted in joyous laughter, and we spent the next 45 minutes discussing the good, the bad and the ugly auditions.

The thought was born, why don’t more creatives discuss the journey, the shameful parts, the glorious parts. I had a mission now to uncover the serendipitous and unfortunate moments of being an artist. THAT ONE AUDITION podcast was born. Honest, humorous and inspirational conversations with your favorite on-screen storytellers and Hollywood influencers who reveal their most life-changing audition tales and the survival skills they’ve collected along the way.

I think of this podcast as mentorship for anyone that wants to be in the storytelling business. No one has had the same journey, and we can all learn something from each other. I love discovering and discerning “how” others have prevailed to this point in their careers told through a retrospective, nostalgic, connecting the dots moments of triumphs and failures and of course that ONE audition story. True storytelling is collaborative. And we can best learn from each other.

I see these stories as a glimpse into how each artist has arrived and learned how to shine in this industry. Working artists inspire me. The daily grind changes every level you experience in this business, and at every level there are challenges. What I have come to realize after interviewing over 300 artists: preparation is necessary, it takes 10-15 years to build a reputation, everyone has bad days, you don’t get the parts that aren’t meant for you, there is more than enough, and THAT one job is right around the corner.

Alyshia Ochse grew up in Northern Kentucky, where she spent her tomboy childhood playing sports and secretly writing poetry. As a true Scorpio, she enjoyed observing the spirited vulnerabilities and mysteries of human beings. A gifted soccer player, Alyshia competed at the state level starting at an early age collecting numerous championship titles with her traveling team. A bad knee injury in her senior year of high school abruptly ended her athletic career.

With her athletic aspirations stripped and the tragic death of her best friend, her identity was in question until she found pen and paper. She journaled every chance she had and started writing intense poetry that helped her understand the world around her and her place in it. Writing was a gateway for her —a way to stand out authentically. Her poetry won contests and was published in books. Written creative expression eventually led her to explore the big screen.

It was through acting that she was able to tap deeply into her truth: her ability to embody and see herself in others. These days, Alyshia is best known as “Lucy” opposite Academy Award Winner, Matthew McConaughey, from the critically-acclaimed and Golden Globe-nominated True Detective, as well as her roles in Ballers, Life Sentence, The Purge, Satisfaction, How I Met Your Mother, Hart of Dixie, General Hospital and NCIS: Los Angeles.

Alyshia’s other credits include roles in such movies as The Other Woman, Parker, Marauders, and the highly anticipated indie film, Out of Blue. Though a southern girl at heart, Alyshia has embraced the gorgeous California sun, where she resides with her Mediterranean chef Husband and their cheeky little girl. When she’s not acting, Alyshia spends her time hosting the podcast That One Audition and championing female-driven content.

Overall, has it been relatively smooth? If not, what were some of the struggles along the way?
I learn through experience, and I think that makes for a bumpy road. About six years into living in LA, I hit a pothole in the road. I didn’t know myself. The golden age of working in the service industry kept me tired and jaded. I called off an engagement and almost moved home. Out of my darkest times came change. Out of my darkest times, I created a process that helped me with self-love and true evolution.

I believe in signs, but we can only see the signs when we are aware of our questions or quest. The outside world has too much influence in shaping our identities, and when we rely too heavily on external influences, we can lose our way. The truest answers to our most pressing questions often come from within, but sometimes our inner voice is the hardest one to hear.

I began my journey for life’s answers out of desperation to hear that voice. I was curious about the woman I could become—if only I were brave enough to listen to my internal voice. I am a seeker of personal evolution. The process which I call Life Letters developed out of a time when I didn’t really know myself when I felt both overwhelmed and underwhelmed by my own existence.

Life Letters gave—and continues to give me—the proper focus to explore different aspects of myself. Life Letters fosters pursuit of self-fulfillment in a simple, manageable way via especially focused letters written to ourselves just once a month. For me—and, I hope, for you—they mean all the difference between missing and seeing life’s most amazing signs.

That One Audition Podcast – what should we know? What do you guys do best? What sets you apart from the competition?
These days, Alyshia is best known as “Lucy” opposite Academy Award Winner, Matthew McConaughey, from the critically-acclaimed and Golden Globe-nominated True Detective, as well as her roles in Ballers, The Purge, Life Sentence, Satisfaction, How I Met Your Mother, Hart of Dixie, General Hospital and NCIS: Los Angeles.

Alyshia’s other credits include roles in such movies as The Other Woman, Parker, Marauders, and the highly anticipated indie film, Out of Blue. That One Audition has received standout recognition, such as being highlighted as “New and Noteworthy” on iTunes for several weeks and in the top charts for the TV & Film category.

What is “success” or “successful” for you?
Success is just as simple as pushing through the fear and not giving up. I look at success with how you manage failure. I get back up the next day and try again – Success with a capital S. 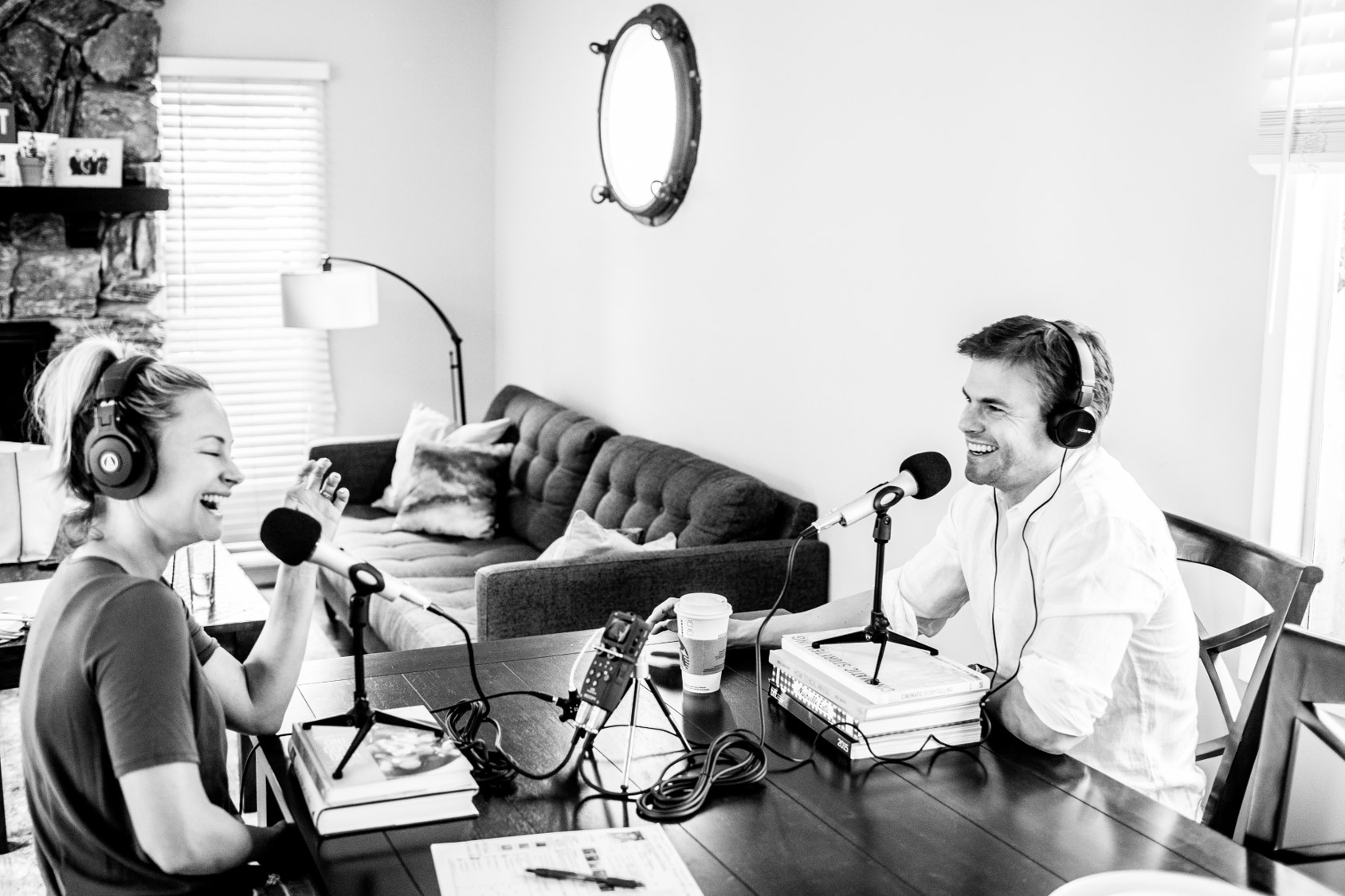 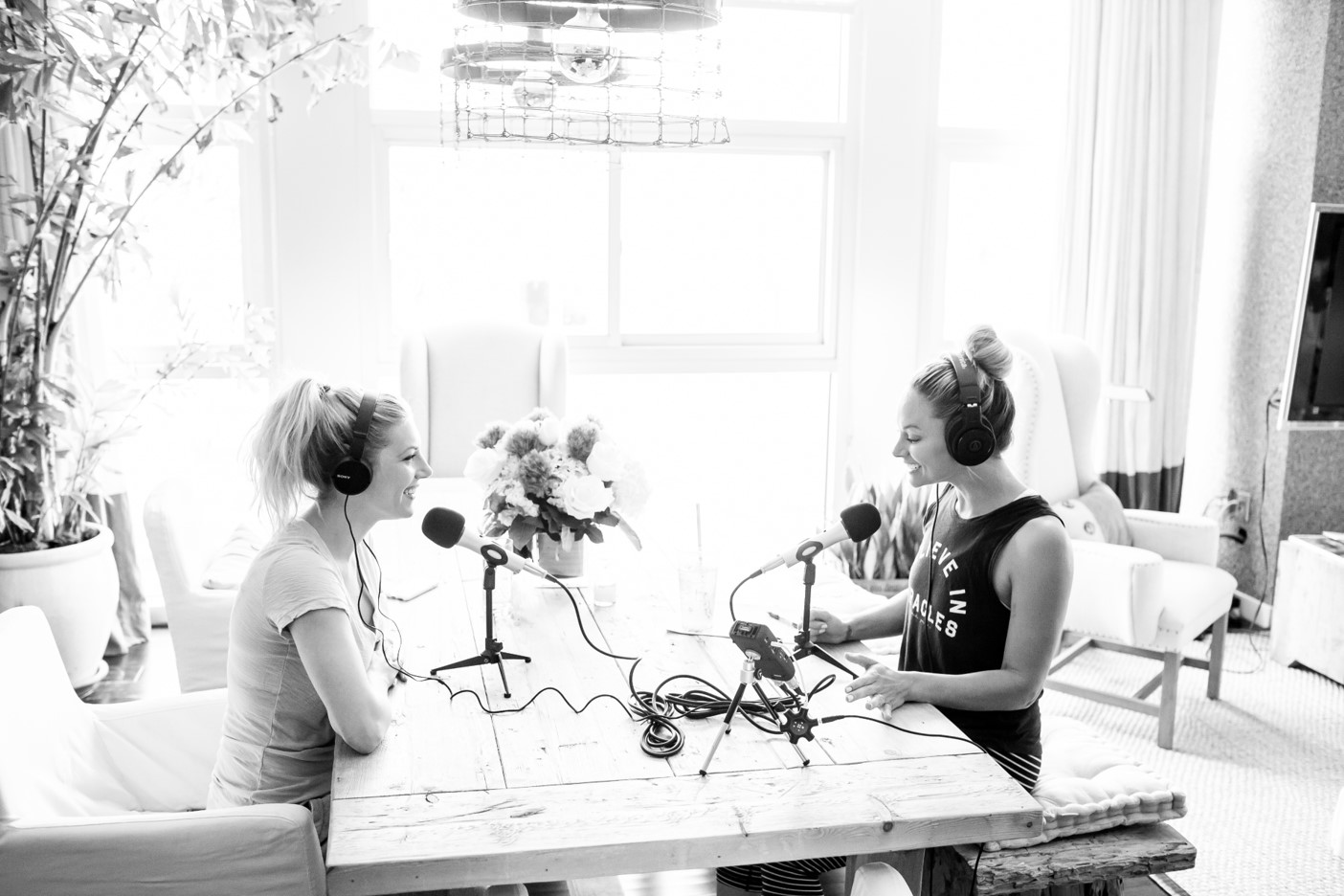 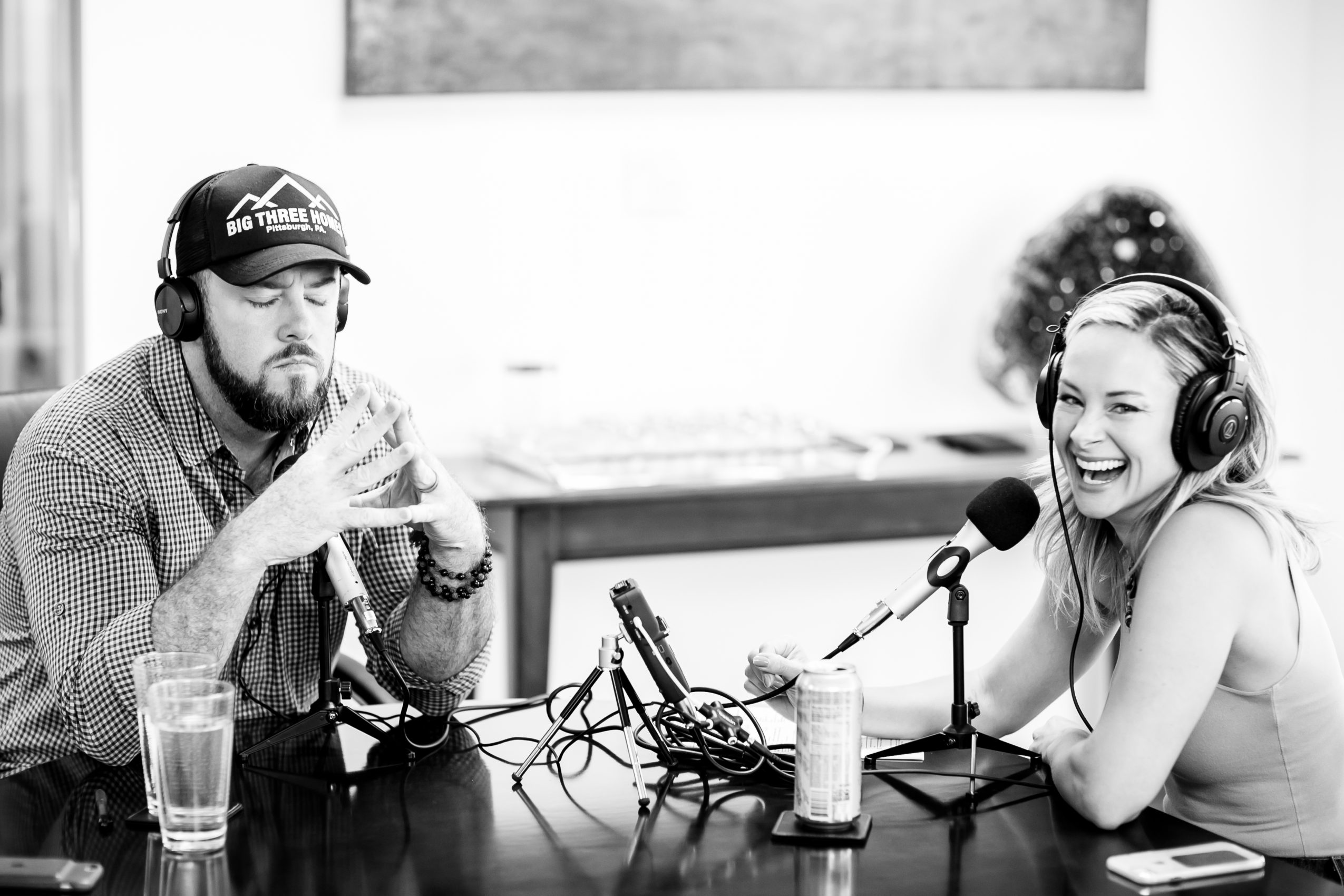 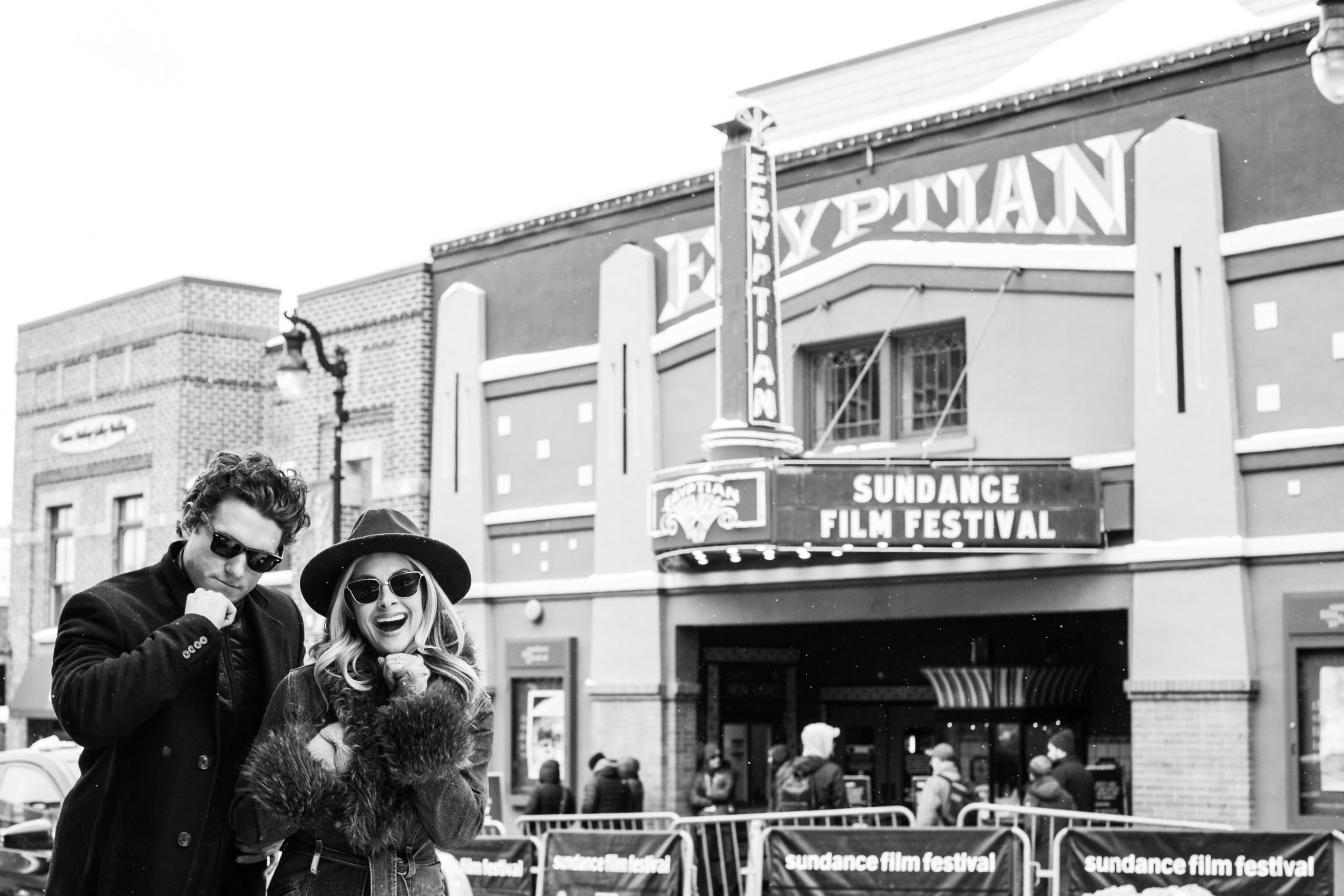 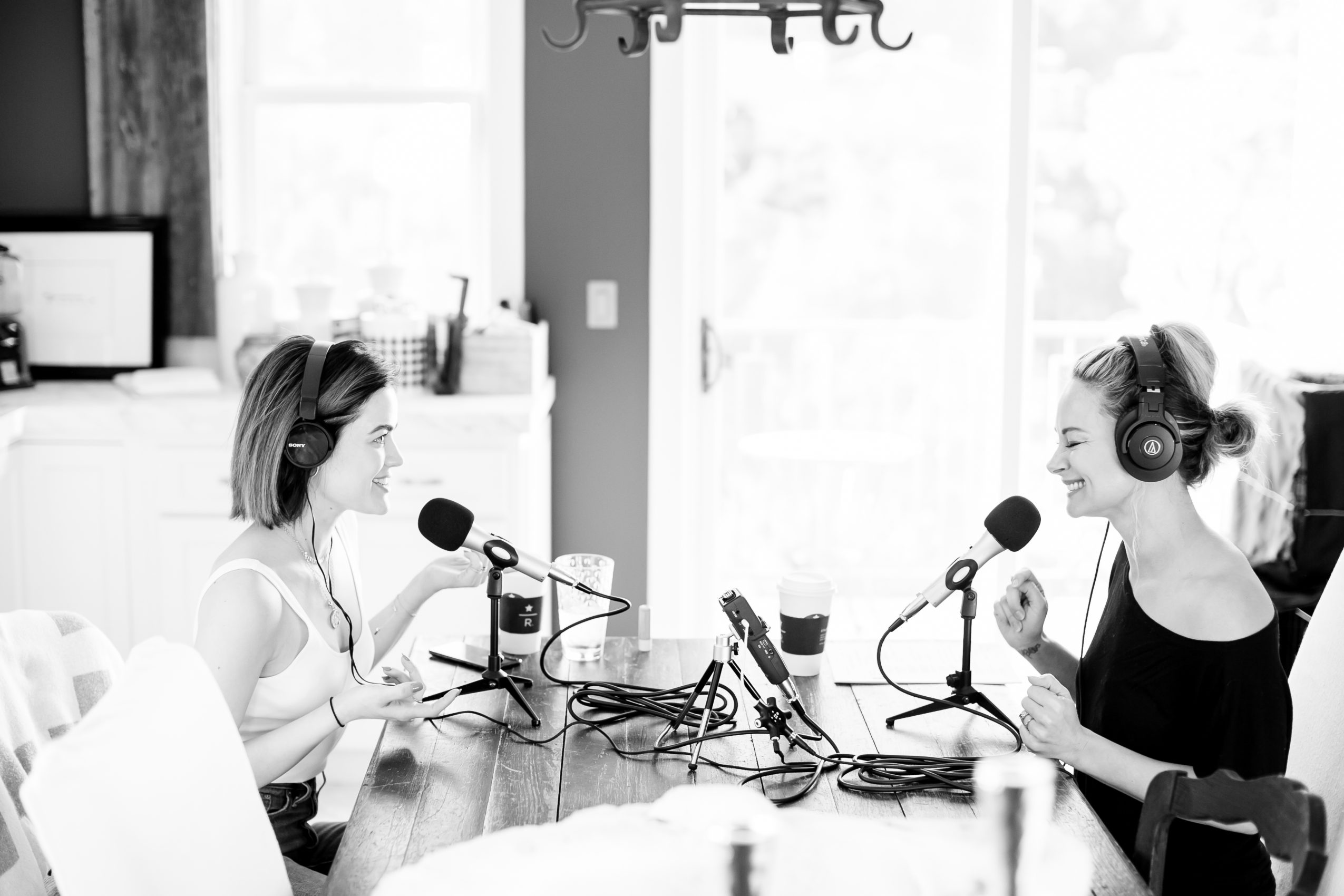