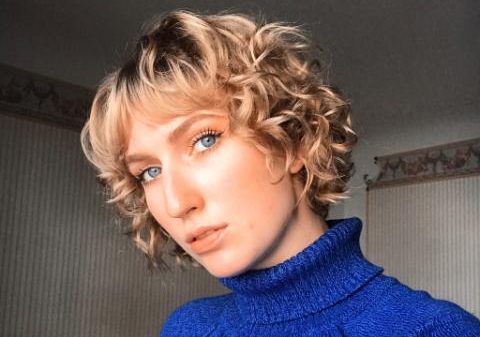 Today we’d like to introduce you to Ally Roe.

Thanks for sharing your story with us Ally. So, let’s start at the beginning and we can move on from there.
I’ve been doing musical theatre since childhood. Once high school came around, I was having an incredibly difficult home life. I wasn’t a great student, but going to school was always my favorite part of the day. Everyone saw me differently there than how I was seen at home. My high school theatre was definitely my sanctuary. I was acting and singing in shows, stage managing, joined theatre council, I would stay there as long as my theatre teacher would. Anything and everything to keep me from going home.

After high school, I only performed in one musical. I always loved theatre and acting and being a part of something and my community. It later became something to build a sense of family and remove me from troubles at home but once I didn’t need to isolate myself anymore, it seemed like theatre was more of a survival method for me rather than my passion. I no longer really knew what my passion was.

I moved to Boston and was completely surrounded by my high school boyfriend’s Berklee friends. (Berklee College of Music) Everyone I worked with at Pavement Coffee was a musician or artist of some sort. Over those couple of years, I started secretly thinking of myself as a musician who just doesn’t know how to play anything yet. But I always wrote songs and sang at home alone.

I ended up moving to LA with a friend and everything changed. I had bought a guitar, fiddled with the strings till nice sounds came out. Wrote a ton of shitty songs, and some ok ones. I finished writing and released my first EP in August of this year. It’s bedroom recorded and I did the best I could for what I knew at the time. It’s very raw, full of mistakes, but that’s kind of what I like about it.

I’ve recently started writing again after a bit of processing and growing and I’m excited for evolving and processing some more as I continue my time in LA.

We’re always bombarded by how great it is to pursue your passion, etc – but we’ve spoken with enough people to know that it’s not always easy. Overall, would you say things have been easy for you?
I’ve struggled with depression since middle school. Life began to be very hard at home after my parents separated and eventually divorced. My relationship with my mother became so miserable and isolating. My relationship with my dad was almost obsolete. Various traumas and abuse that I’m still trying to process every day. New struggles that I didn’t know I had keep finding ways to poke out in relationships currently.

High school, I was in survival mode. I ran away from home in the middle of my senior year and lived with a couple of different friends while finishing. It was so very liberating but I also knew that at this point, I am now on my own. This is it.

After high school, I was in such a deep depression for years. I was completely co-dependent on my boyfriend I had since senior year. I had only done one musical in a community theatre after moving to Florida for a little bit and it was fun, but I didn’t have that same sense of family that I was used to in high school.

After moving to Boston, I still hadn’t found any sense of self that I was looking for. I was starting over from years of my character being constantly broken and criticized. I was surrounded by musicians there and realized that I think I might want to see what that’s about. I had always been singing in theatre and knew I loved it. But I didn’t know anything about music whatsoever besides what I liked listening to.

Since moving to LA, I definitely can play a song now. However, as I get older, I learn more and more traumas that I need to work through that affect me every single day. Thoughts and conditions that I have to shut down instantly. Ways that I react to others how my mother reacted to me. Above all, how I think of myself and assume everyone else thinks about me too. I am constantly trying to work through this and continue to make music even with that little voice inside my heads that tells me to just stop while I’m ahead.

My struggle is building a lifetime of neglected self-esteem. The benefit though is that I have plenty of material to write about and it is incredibly healing.

Can you give our readers some background on your music?
I am a musician. I didn’t go to school or take any guitar or voice lessons (hence why I have plenty more I need to work on).

However, I’m most proud of myself for turning out a hell of a lot better than I should have. I’ve overcome so much and I tend to be pretty level-headed, considering. I’m proud of releasing a project and allowing people to hear this version of me, a version I never really explored or ignited before moving to LA.

I don’t know quite yet what sets me apart from others. I’m not there yet. I’m still learning and curating my sound. I have a long way to go. I don’t expect to create some new sound that no one has heard before or be this insanely innovative artist. The only thing I ever want from what I create is for people to resonate with it. I want it to sit with you and linger.

As I continue to write and recall more traumas, I hope to be more open in my music and transparent. All I ever wanted growing up was to know other people had been through the same things I was going through.

Has luck played a meaningful role in your life and business?
A friend of mine from Boston was planning on moving to LA for an internship and needed someone to come with her to help her move. At the time, both of us were going through a lot with our friend group and I was struggling to see any reason to stay there anymore. We kept making jokes about me just putting in my two weeks and staying in LA instead of coming back. So two weeks before our flight left, I put in my two weeks at work, packed up one suitcase and had $200. Not smart, highly don’t recommend, but I did it anyway. I’m a Sagittarius, we do these things.

So at just the right moment, I had a ticket to LA and it instantly started a fire under my ass to now create the person that I want to be and life I want to build.

After moving to LA, I don’t think I’ve had any bad luck with music, per-se. Any lack of progression is my own fault at this point, not outside forces. 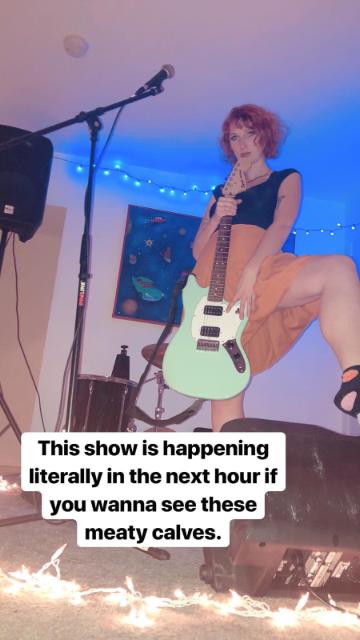