Today we’d like to introduce you to Allison Minick.

Allison, please share your story with us. How did you get to where you are today?
I grew up in the San Francisco Bay Area, where I was definitely a theatre nerd. I started doing musical theatre in fifth grade and auditioned for all the school plays in middle school and high school. I remember how I didn’t know I could sing until the summer before middle school when I auditioned for “George M!” (a musical about George Michael Cohan). When I opened my mouth to sing the director was surprised at my ease with singing (probably because I was a quiet kid). My audition song was Gershwin’s “Summertime.” I had been listening to the Louis Armstrong and Ella Fitzgerald duet album on repeat ever since I was a young kid and loved that song so much.

I also watched The Sound of Music on repeat as well (although I often wouldn’t put the second VHS tape in the VCR — things get a little upsetting on tape two!). My dad’s family is from the Ozarks, so I grew up playing folk and bluegrass music on my fiddle with them during family get-togethers. My mom’s family lived in an old, historic home in Los Angeles (a previous owner was Groucho Marx), so when we would visit them I felt very connected to old Hollywood. So the performing arts always felt like they were very much in my bones. My dad is a well-known photographer and he and my mom and I would go on cross-country road trips in our van for his photo projects, so I felt very connected to all types of environments and ways of life. I think this is one reason why I love acting so much — living in other people’s skin, having empathy for those who are different from me, learning about new people and new stories.

I was introduced to Shakespeare in high school and fell in love. I couldn’t figure out what I loved more – musical theatre or Shakespeare. I was drawn to the heightened nature of them both. I did summer training at Young REP in Walnut Creek, California, at the Dean Lesher Center for the Arts, and it was the single most important program I have ever been a part of. I had already loved theatre, but when I started attending Young Rep, the love for theatre went even deeper. I fell HARD. I went to the University of California, Davis where I majored in Dramatic Art and was very involved in the drama department, the student-run theatre company on campus, and did lots of Shakespeare and musical theatre productions.

After graduating I went straight to grad school for acting in New York City at Columbia University. I wanted an immersive experience where I’d be doing acting and introspective work every day. The big draw for me to go to Columbia was that the incredible voice guru Kristin Linklater worked there. I had already been introduced to her work in undergrad thanks to Lisa Anne Porter, and I connected so much with it. I got my MFA and my Actors’ Equity card thanks to Columbia, as well as met some incredible people and had the time of my life living in NYC. I recently moved to LA (I fell in love with a person this time) and I adore living here too. LA gets a bad rap (especially from NorCal folk and New Yorkers), but it’s an amazing place. It wasn’t foreign to me because I grew up visiting family down here as a kid, but now as an adult, I have a deeper appreciation for it. I still love theatre (it’s one of the great loves of my life), and now I’m also falling in love with film and TV. My focus has shifted a bit, but I feel like on-camera work has given me a fresh perspective.

We’re glad you have such wonderful things to say about LA.  No doubt, it’s a wonderful place with tons of opportunity.  Overall, has it been relatively smooth? If not, what were some of the struggles along the way?
I wouldn’t say that it’s been a smooth road. On the personal side of things, there have been lots of deaths in the family and some heartbreak. Career-wise, I’ve had frustrations and have dealt with some insecurity. I’m sure everyone has felt this. It’s easy to think it’s just you feeling frustrated with your career, but frustration with career (especially in the arts) is pretty universal. I really thrive in a school environment, so once I finished school I found it to be challenging out in the real world. I knew it wouldn’t be easy (a career with no guarantees is what I signed up for), but that still doesn’t make the daily anxieties any less stressful.

I think what I’ve learned the most after graduating is the importance of carving one’s own path and really following your gut. I’m now trying to tackle artistic endeavors that really fuel me and make me excited. I’m trying to be better about really finding my own way into things. I remember one day I had a particularly sleazy meeting with an agent and I left feeling very vulnerable, frustrated and a little angry with how this industry can often be. That night, I channeled those feelings into a comedic video that I filmed on my computer, posted the video, and received great feedback from fellow actors who really “got it.” Ever since then I’ve been trying to find the humor in this topsy turvy industry and not take it all too seriously.

Not taking it all too seriously is probably a lesson many of us could benefit from. We’d love to hear more about your work. What else should we know?
Since graduating from grad school, I’ve been making a lot of comedy videos. I write them, usually act in them, edit them, and post them on social media. It’s a way to stay sane in a world of unknowns. I was tired of waiting for projects to come along, so I wanted to find a way to still do what I love but on my own terms. Once I started really investing in that, I felt much more relaxed about my career. I love to create, and it’s really fun for me to play in this medium that’s relatively new to me (since I grew up as such a live theatre kid).

Well, my girlfriends and I growing up would use an enormous Panasonic camcorder to make crazy dance videos to Destiny’s Child, *Nsync, The Macarena, and more, and I would often film the landscape on road trips. So messing around with a camera has always been a part of my life. I now am seeing it all through a new LENS (see what I did there? Please cast me in your next comedy piece! I’m HILARIOUS, as evidenced by that clever “lens” pun!). My obsession with making filmed sketches really took off when my friend (and fabulous actor-writer) Liba Vaynberg and I started collaborating. We created a raunchy rap music video about Benedict Cumberbatch called “The Cumberbitch Anthem” and ever since then we’ve been working on comedy music videos and a web series.

Our web series is a mockumentary about making a Game of Thrones-type fantasy show. It’s called “The Tales of Toverud” and is improv-based. It’s shot very simply and very low-budget (which works for a mockumentary type series, and also works for a project that has no studio backing!). We usually just film it ourselves, setting up a camera or an iPhone and letting it roll. Sometimes an episode calls for more expert camera work, and that’s when we call in our amazing friend and fellow actor Matthew Dunivan. He’s filmed countless hours of our material and totally gets our vibe. Both Liba and Matt are a dream to work with.

We typically will have a plan, but in the moment we’ll go down a different road and make discoveries thanks to improvisation and the willingness of the other actors to play. “Toverud” gives us an excuse to cast our friends and give them permission to get wild. Liba taught herself Final Cut before we edited our first video, so I got to sit with her and watch her while we put our video together, and now I love editing. There are so many little tricks to fix technical or storytelling issues, and it’s given me a deeper understanding of my job as an actor because I now spend so much time editing performances together.

If you had to go back in time and start over, would you have done anything differently?
I wouldn’t change how I started, but I would’ve hit the creating-my-own-content harder right after graduating from grad school. I’m very active in it now, but right after I graduated, the sketch content and the editing wasn’t happening as often as I would’ve liked. I feel like I’ve now found my stride and I’ve found that comedy is “my way in.” I have lots of ideas for written projects and comedy sketches and it always feels like there’s not enough time. So if I could go back and tell myself something I would say to jump in more fully right off the bat. 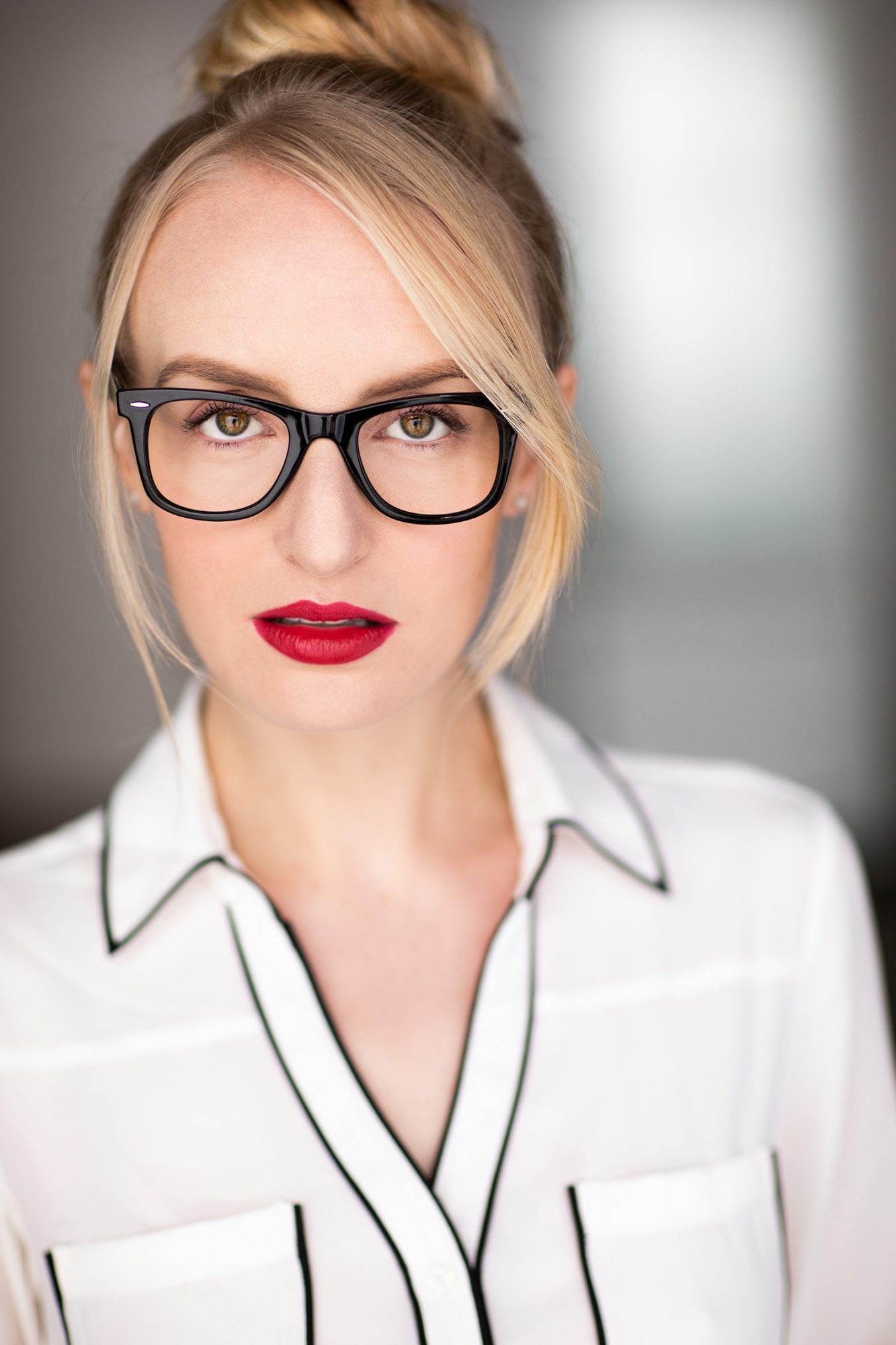 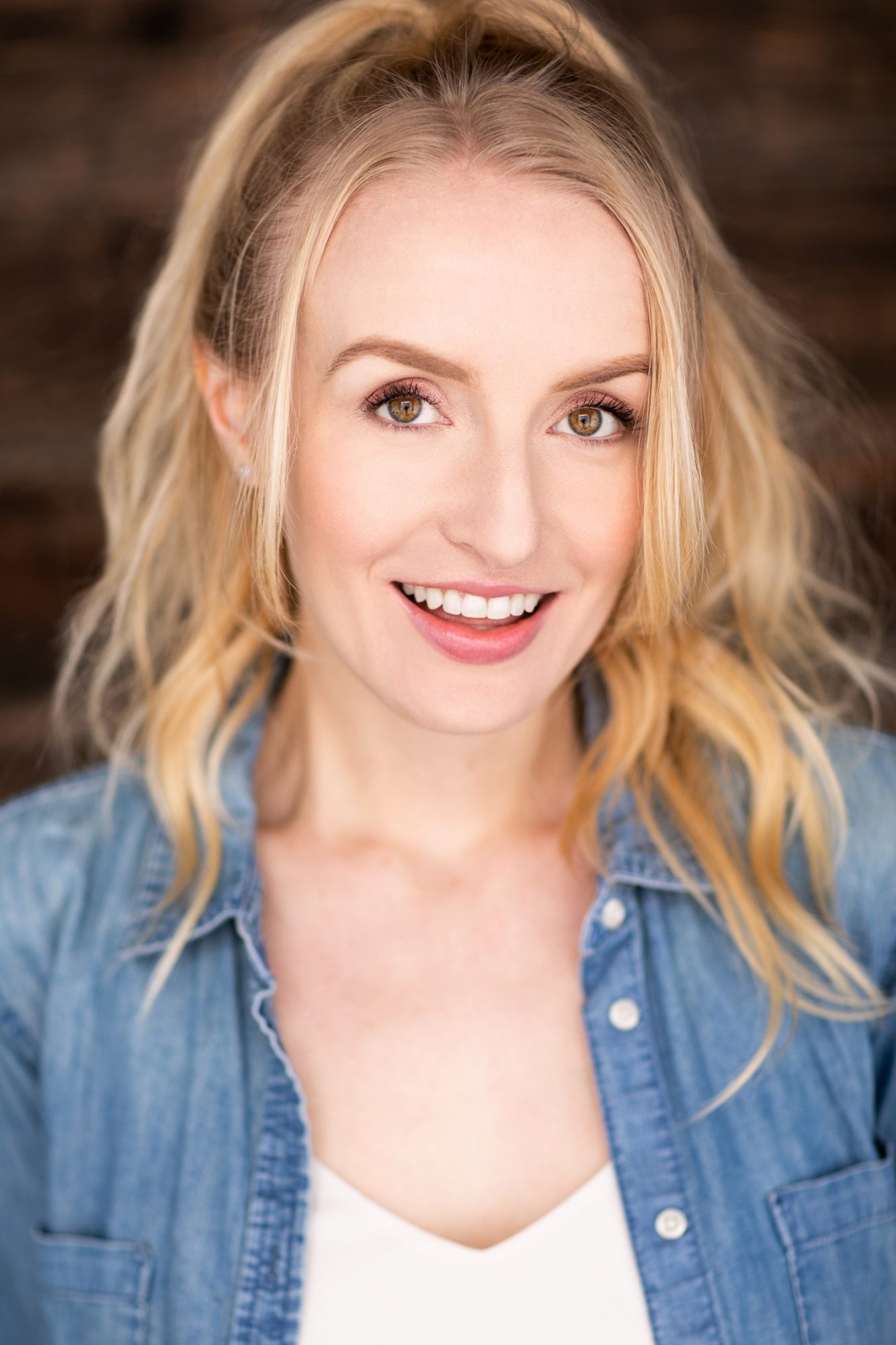 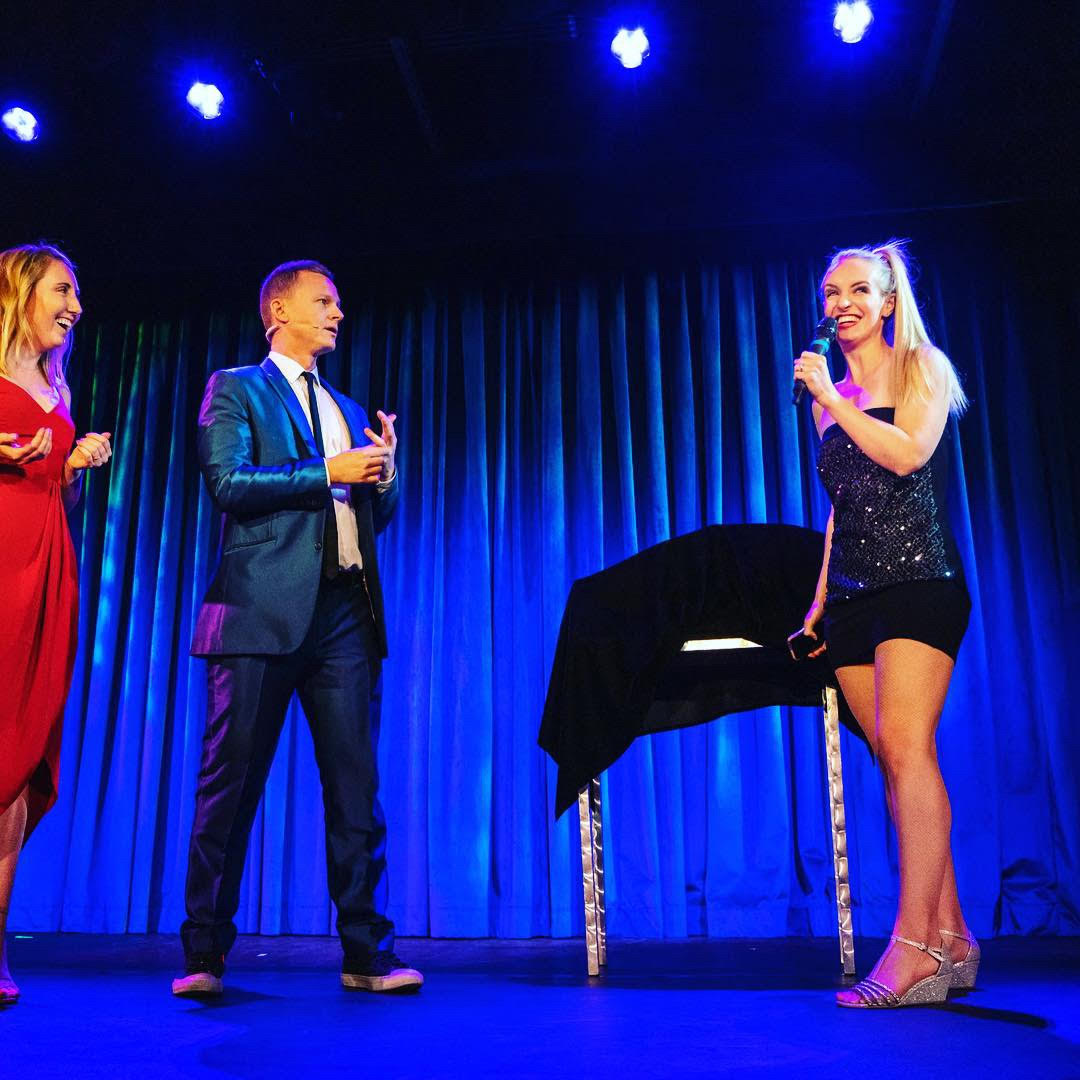 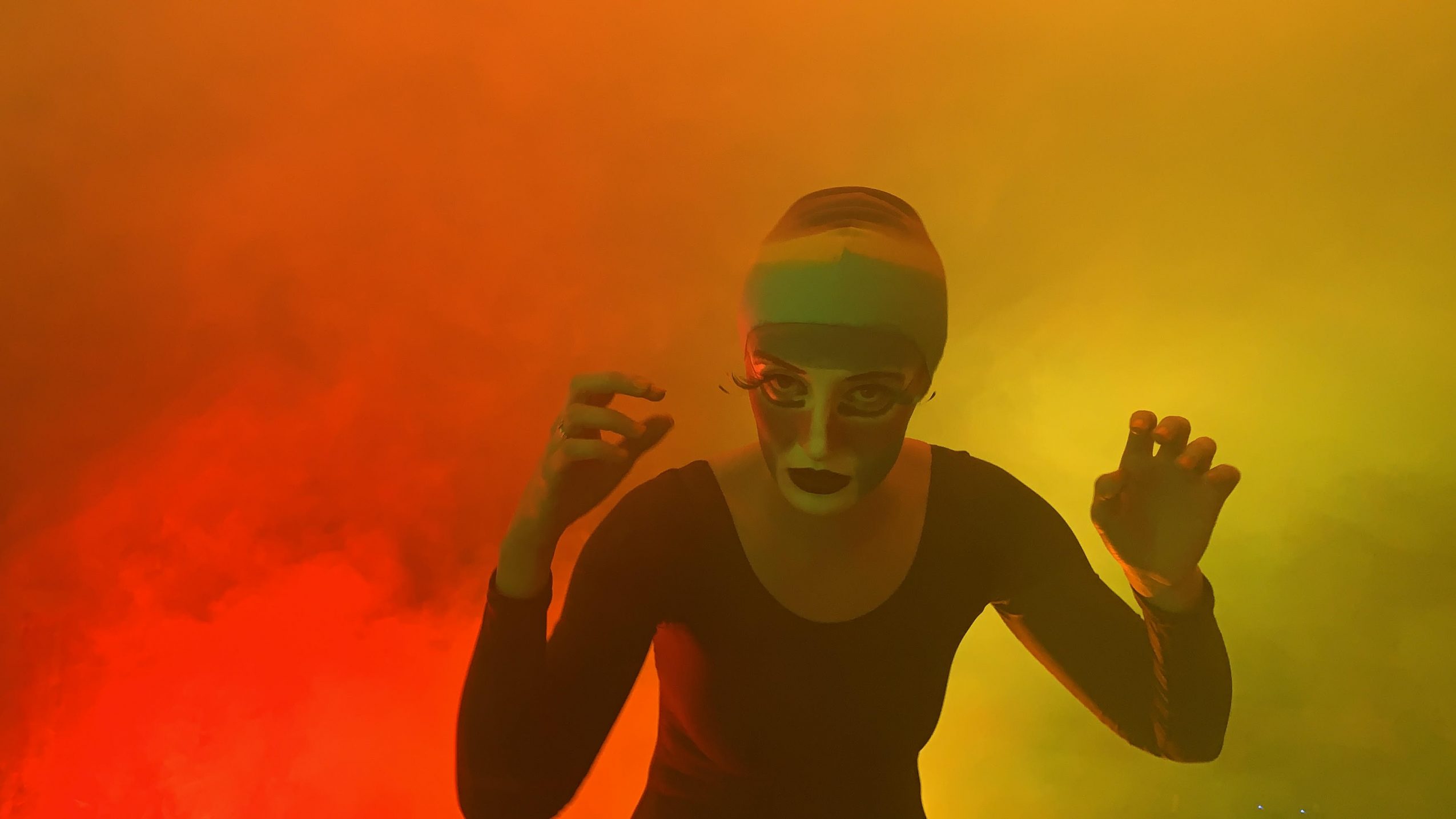 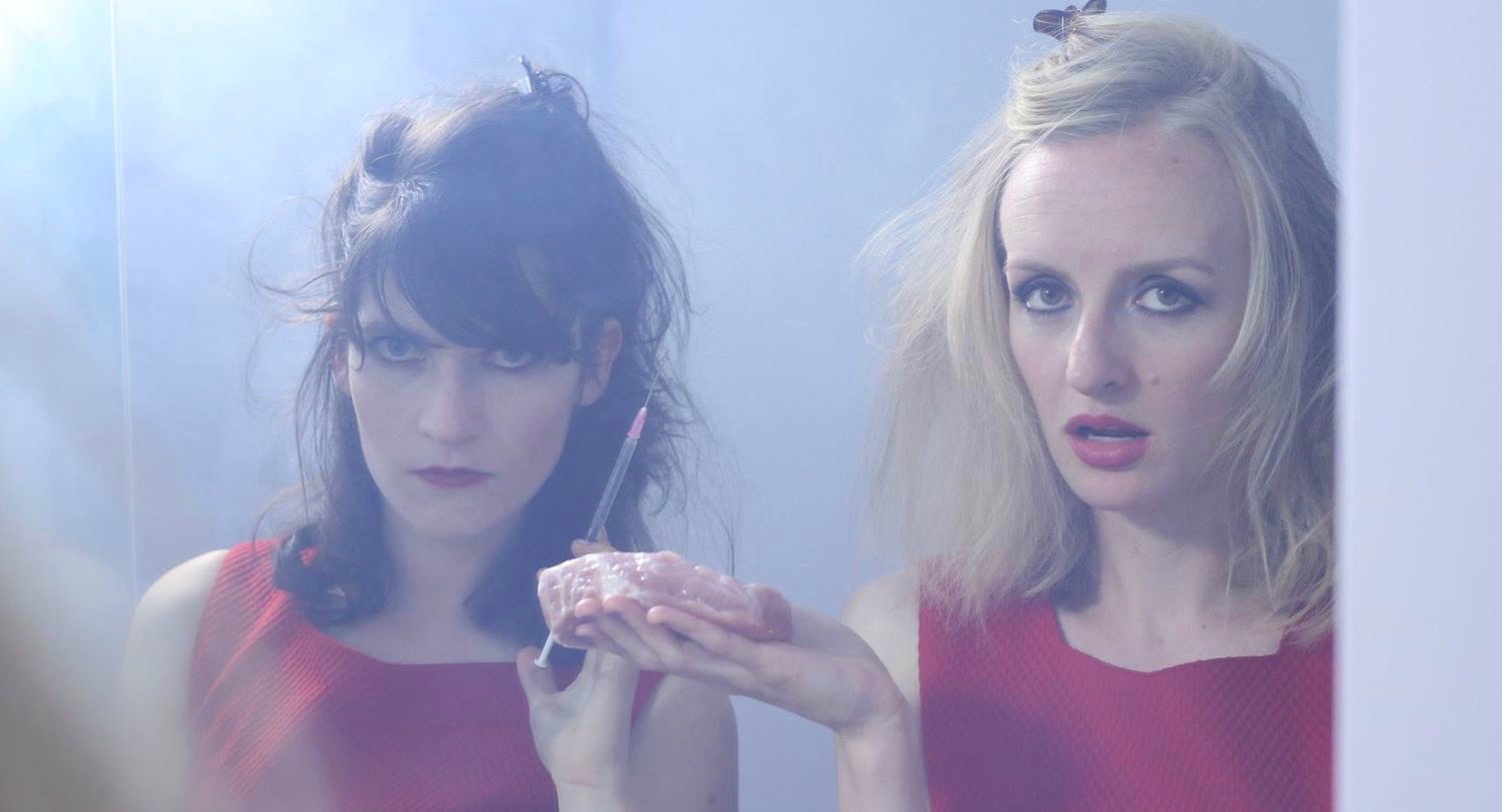 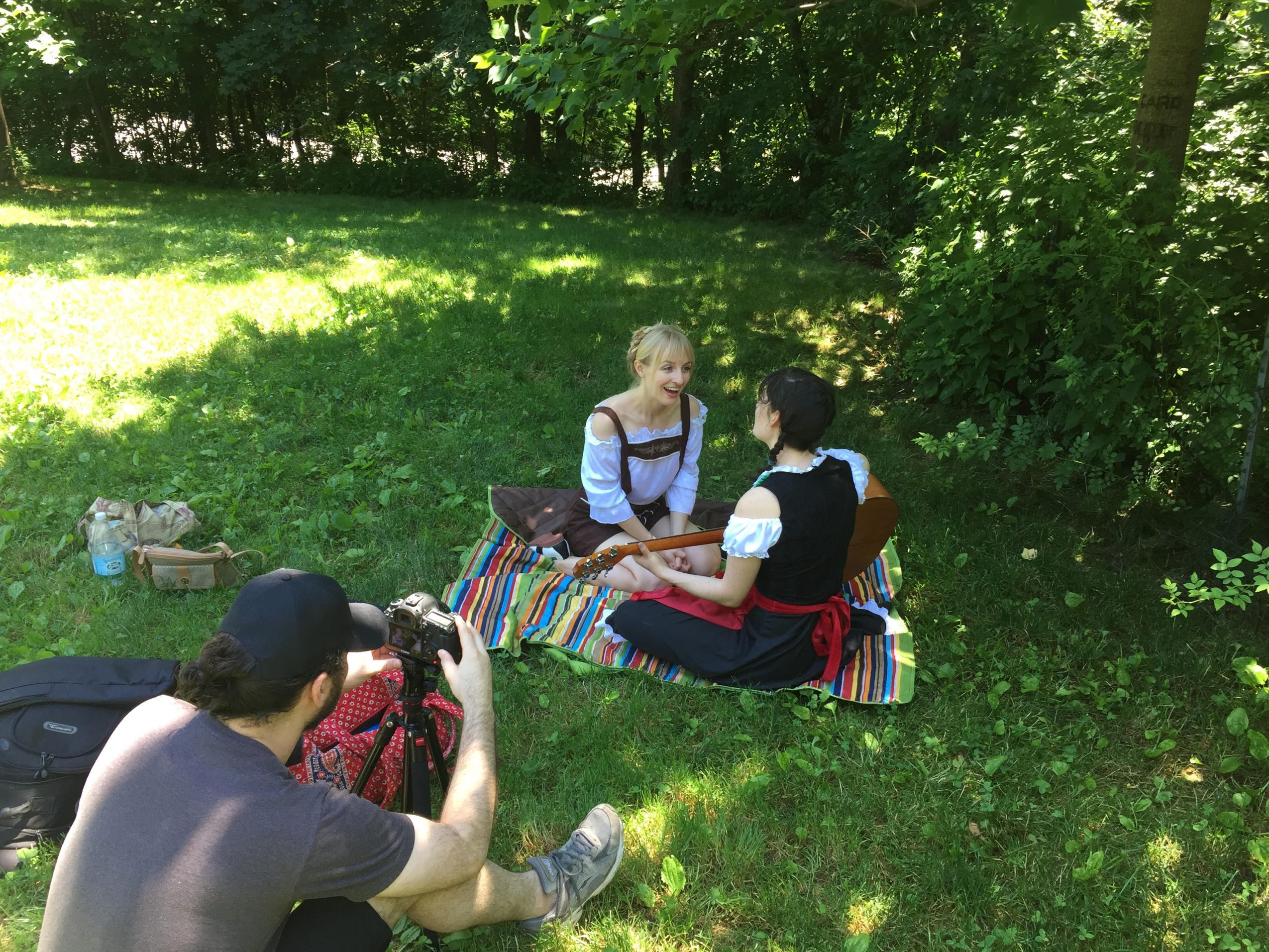 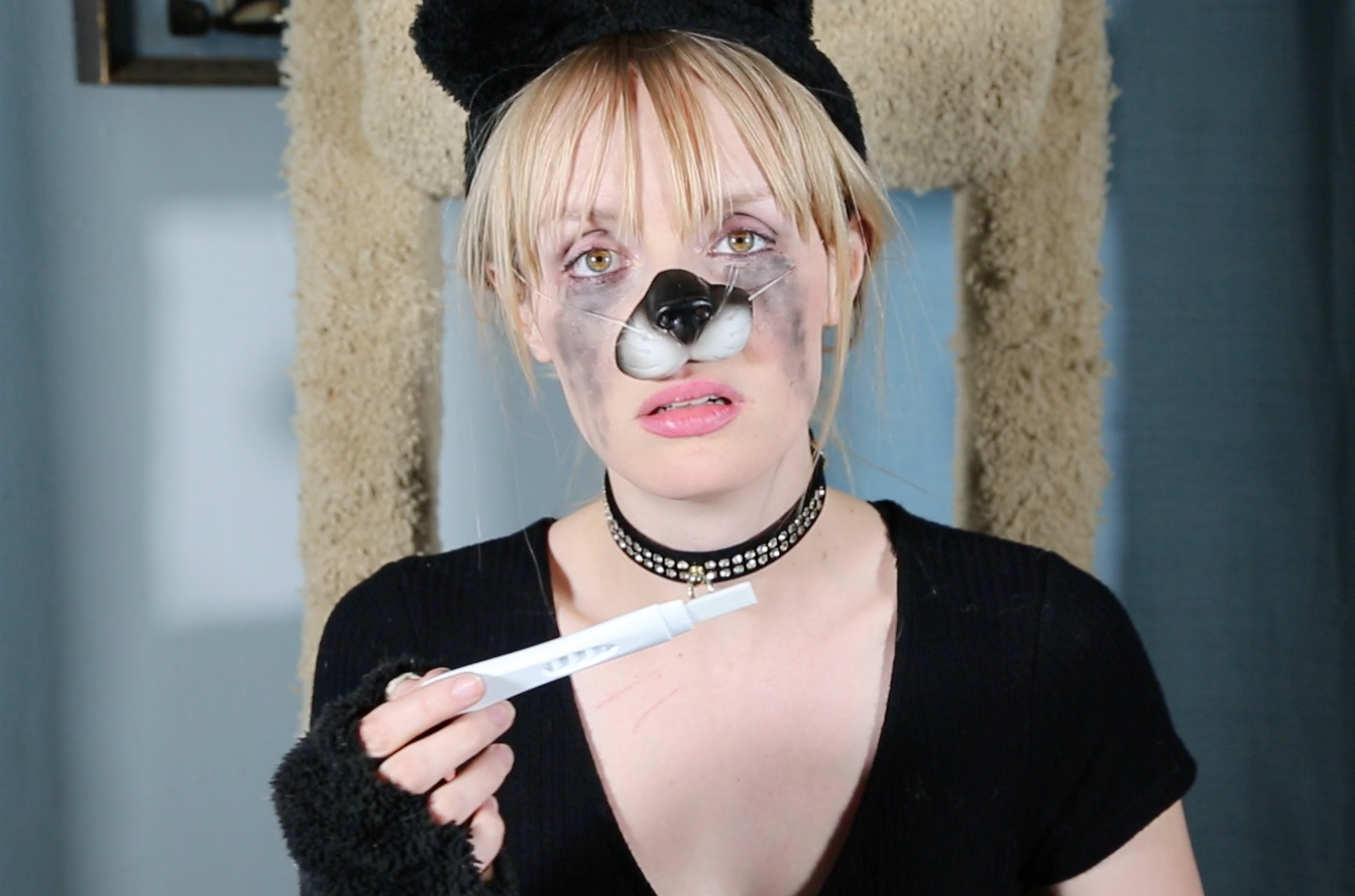 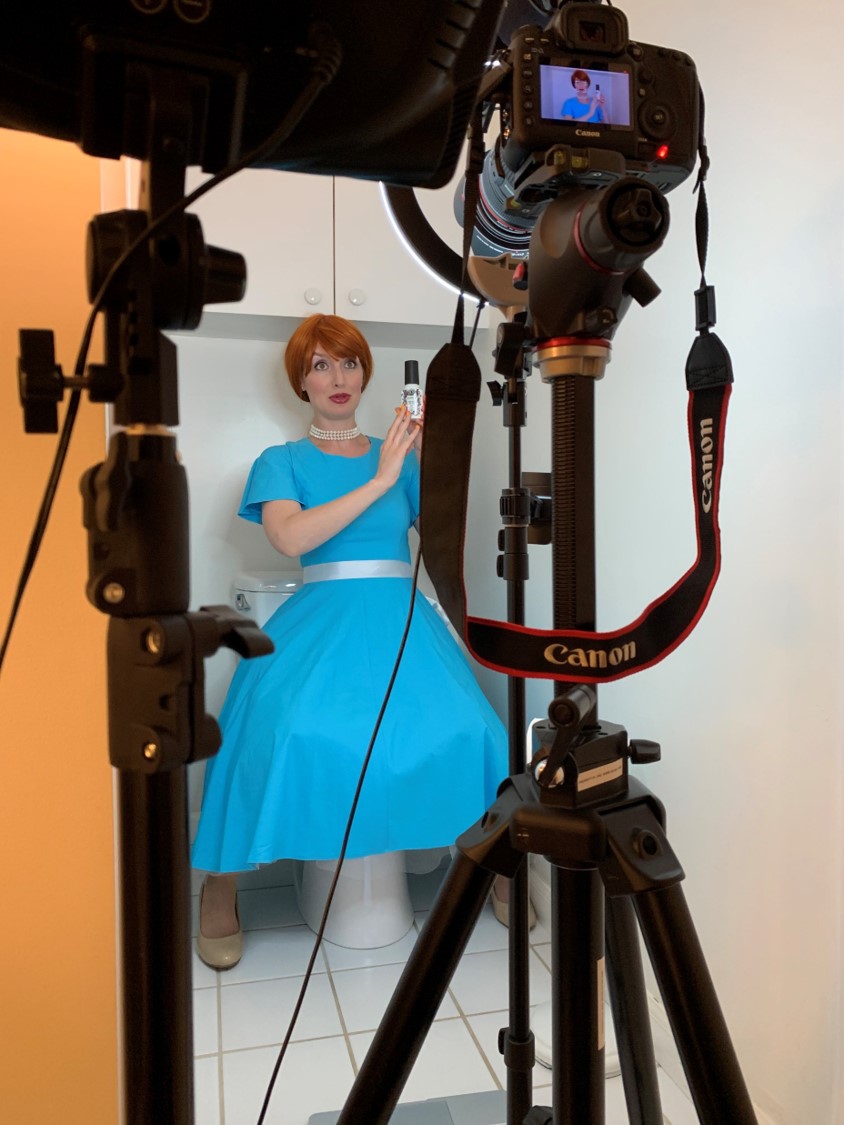