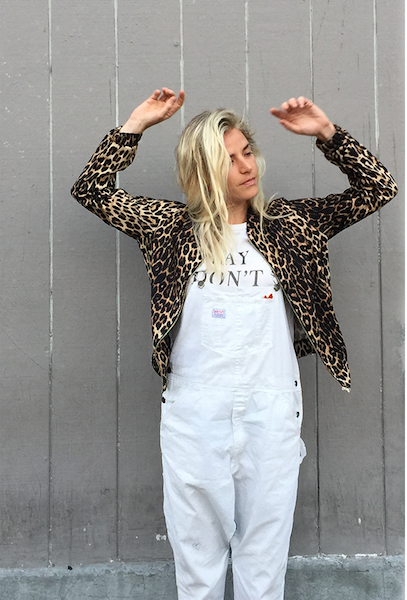 Today we’d like to introduce you to Allie Schulz.

So, before we jump into specific questions about the business, why don’t you give us some details about you and your story.
I moved to NYC from Nashville out of high school to pursue a dream of being on Broadway. I was obsessed with musical theatre. I lived in a women’s residence in the village called “The Markle” and basically created my own training program: going to dance class, acting class, voice lessons, and auditions daily.

When I was 20, I was a lead on Broadway in the musical “Grease,” and I then went on to do the National Tour of the musical playing Rizzo. After the year-long tour, I decided I wanted to create my own work, so I began writing one-woman musicals. I was covering beloved songs and writing a dialogue between each song. I ultimately decided that the cover songs weren’t accomplishing the stories I wanted to tell. I felt compelled to write my own songs.

In 2014 I decided to move to LA to write music and pursue a career as an artist and songwriter.

I now live in Echo Park. I’m currently pursuing my goals of writing and releasing my own songs and immersing myself in the world of music. I’m discovering and developing myself as a new artist – playing shows with my band, releasing new music and making videos that are ingrained with my love of dance and theater.

Has it been a smooth road?
Struggles: I funded my first EP by desperately Airbnb-ing my apartment and waitressing. I’d work late at the restaurant, wake up the next morning and frantically clean the apartment. I’d usually get a renter for a night or two – and I’d spend the night with a friend – in order to make a couple hundred dollars. All of this money went towards the producer, studio, musicians, mixing and mastering. It was exhausting and though I couch surfed to fund this record, I had a great sense of pride for doing it all on my own. I’d do it again.

Smooth Road: I have been lucky enough to meet and work with collaborators who have taught me so much about the craft of writing and the business behind it. These collaborations were an incredible blessing – they made it far more fun than pursuing these creative goals alone. Shruti Kumar, my producer and co-writer, appeared in 2015 as a huge source of enthusiasm and fearlessness. She’s an incredibly bright and talented producer/composer/songwriter. We hit it off instantly and she let me sleep on her couch during nights I was airbnb’ing my place.

Honestly, the only struggles have revolved around money. I’m not signed to a label and I don’t have a manager. My approach to recording music, making music videos and playing shows have had to be a creative approach. It’s not cushy and it’s not always comfortable. But I have enjoyed making these records because these moments are precious and hard earned. Not to mention the DIY path has been fun and free of outside pressures and expectations from having additional parties invested & involved.

So, as you know, we’re impressed with LAE. – tell our readers more, for example what you’re most proud of as a company and what sets you apart from others.
I write on my guitar or on a synth, or program beats on my computer. I take what I write to one of my producers and we make what we hope to be danceable, sing-along-able songs.

My aim with these songs is, to tell the truth about various people living in the tension of what feels intolerable to them- the experience they have inside the bounds they long to break. Images that come to mind are an egg quivering with ecstasy, testing its limits, moments before it bursts to release a new life within. Or a child swinging his legs over the edge of a bridge, taunting his mother, knowing the ruin to follow a fall but reveling in the sliver of space just before it, where danger resides.

I’m known for choreographing dances to enhance the story of my music. If you see my Instagram account, you’ll find lots of short videos of dance/movement set to music. I was classically trained as a ballet dancer, but here I explore the silliness of the body with disjointed, modern movement: Led by my elbows and knees, I work my way into my fingers and ankles, squirming through the subtle pockets of the body I’ve given too little attention.

I’m most proud of my willingness to use my body and movement as extra tools alongside lyrics, melody, and music, to create the world of the song. Each song is like a new setting for each story, and I am unafraid of climbing into that world and singing from that point of view. I think this sets my music and performance apart.

Let’s touch on your thoughts about our city – what do you like the most and least?
I love that Los Angeles attracts all sorts of artists who’ve decided they could use the spaciousness (that New York lacks) and nature to draw out their greatest sense of creativity. The LA music scene has a sense of inclusivity that I hadn’t ever found in Nashville or NY. There’s a sense of “you came to give this a full go, too? great! how can I help you?”

I love the taco trucks. I love Elysian Park. I love driving to the beach in 30 minutes. Love the mountains and desert only 2 hours away.

I dislike the $13 smoothies. I hate the unwillingness of people to pack in on a subway. I hate… wait for it…. traffic. 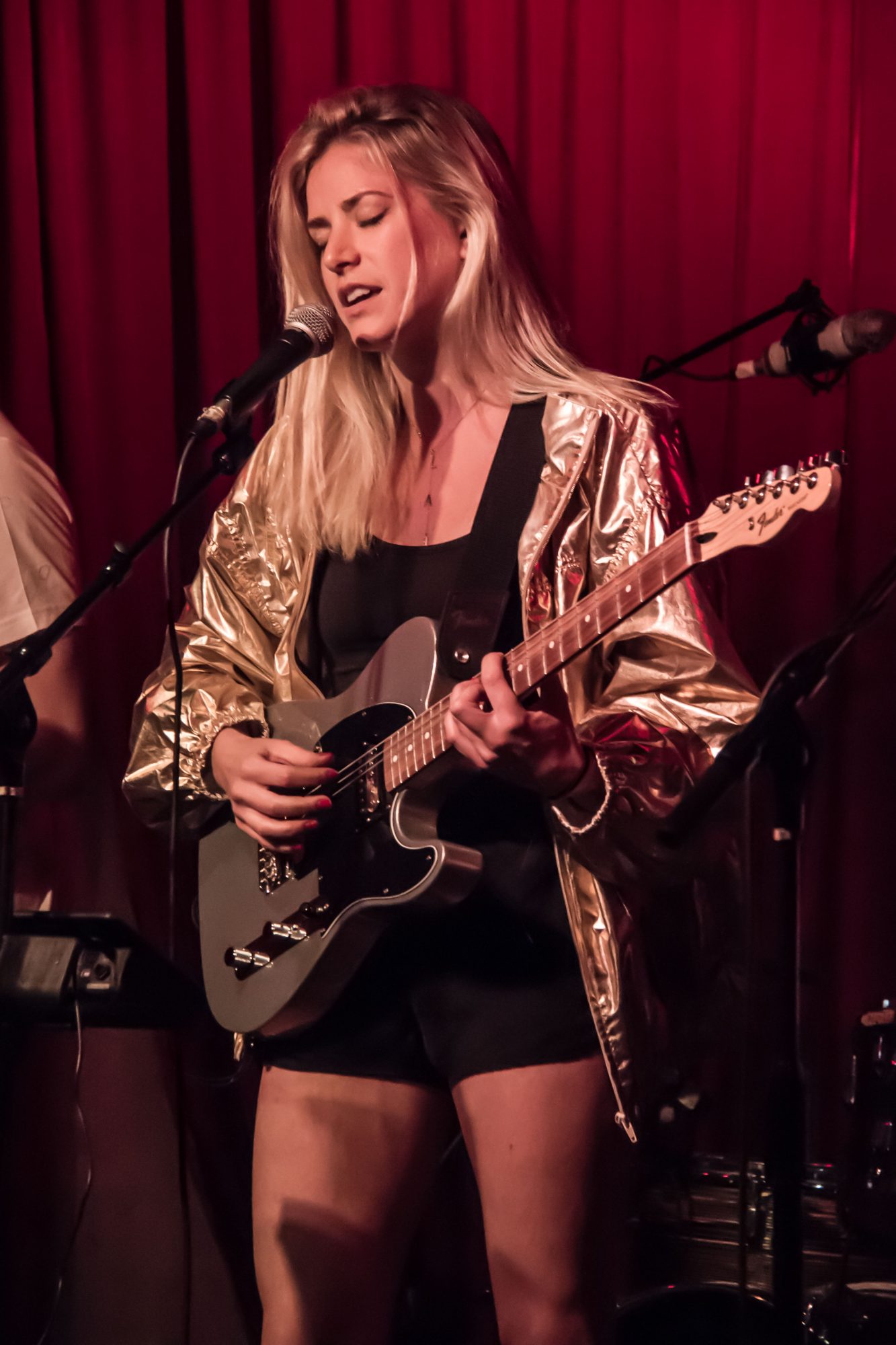 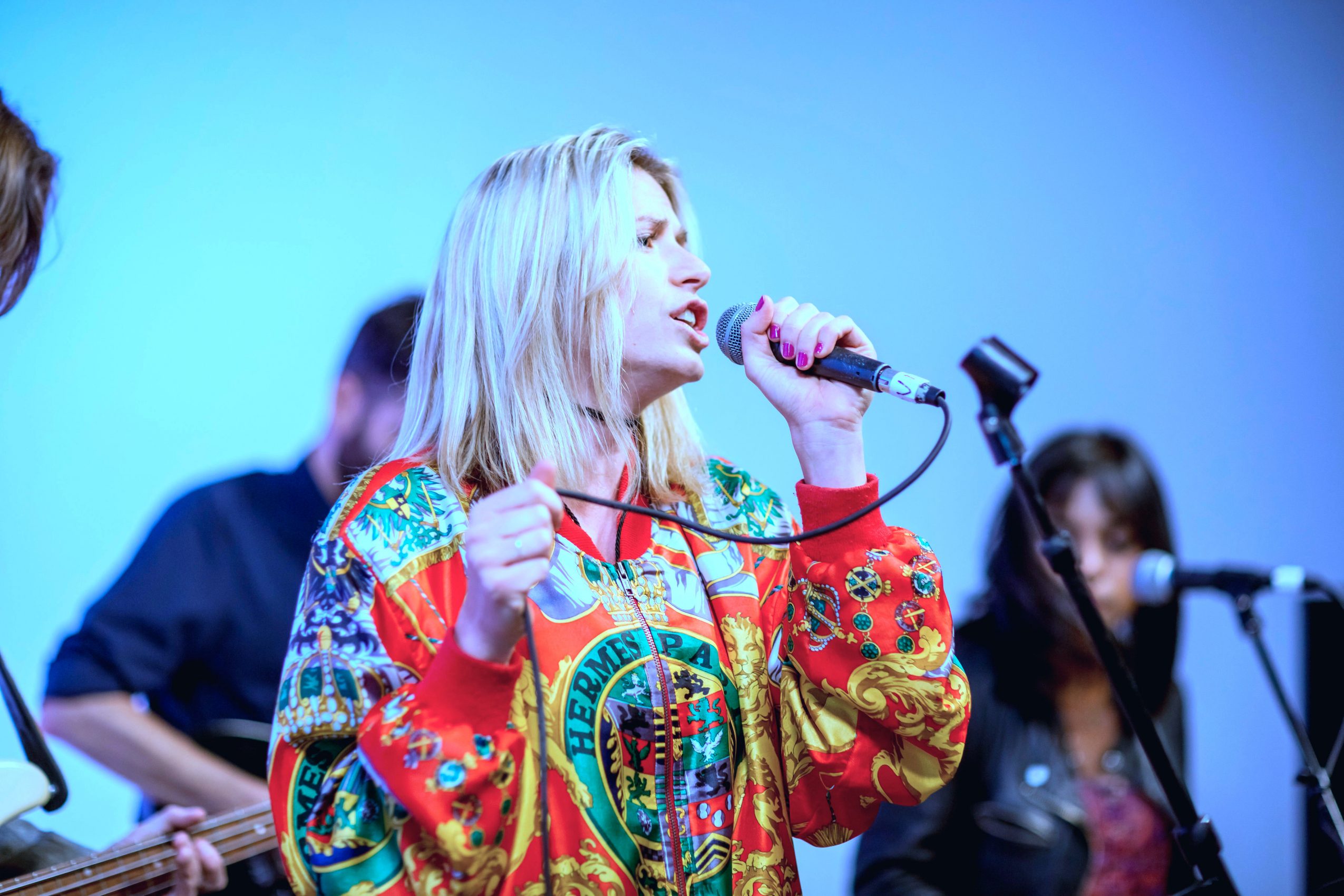 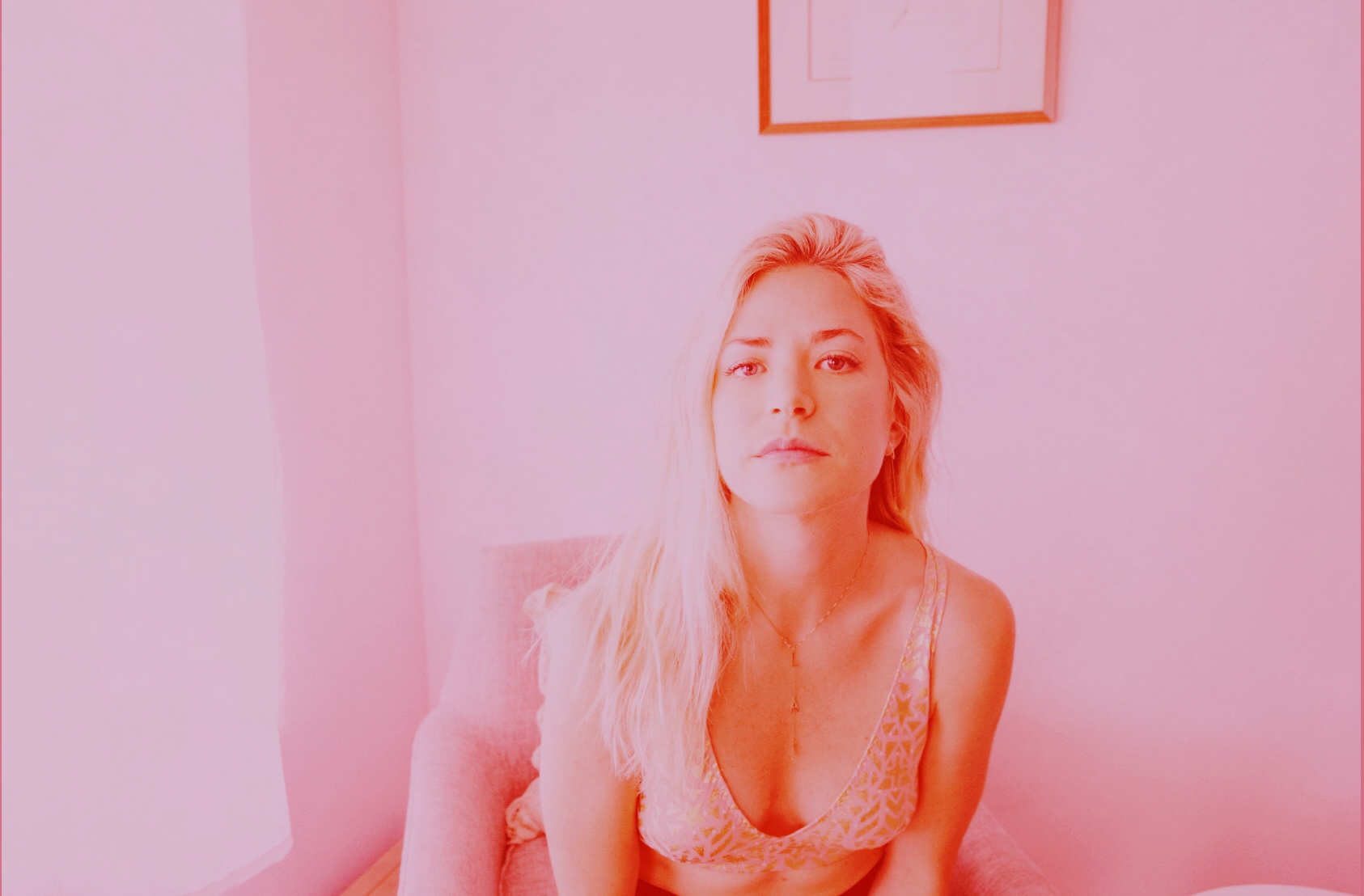 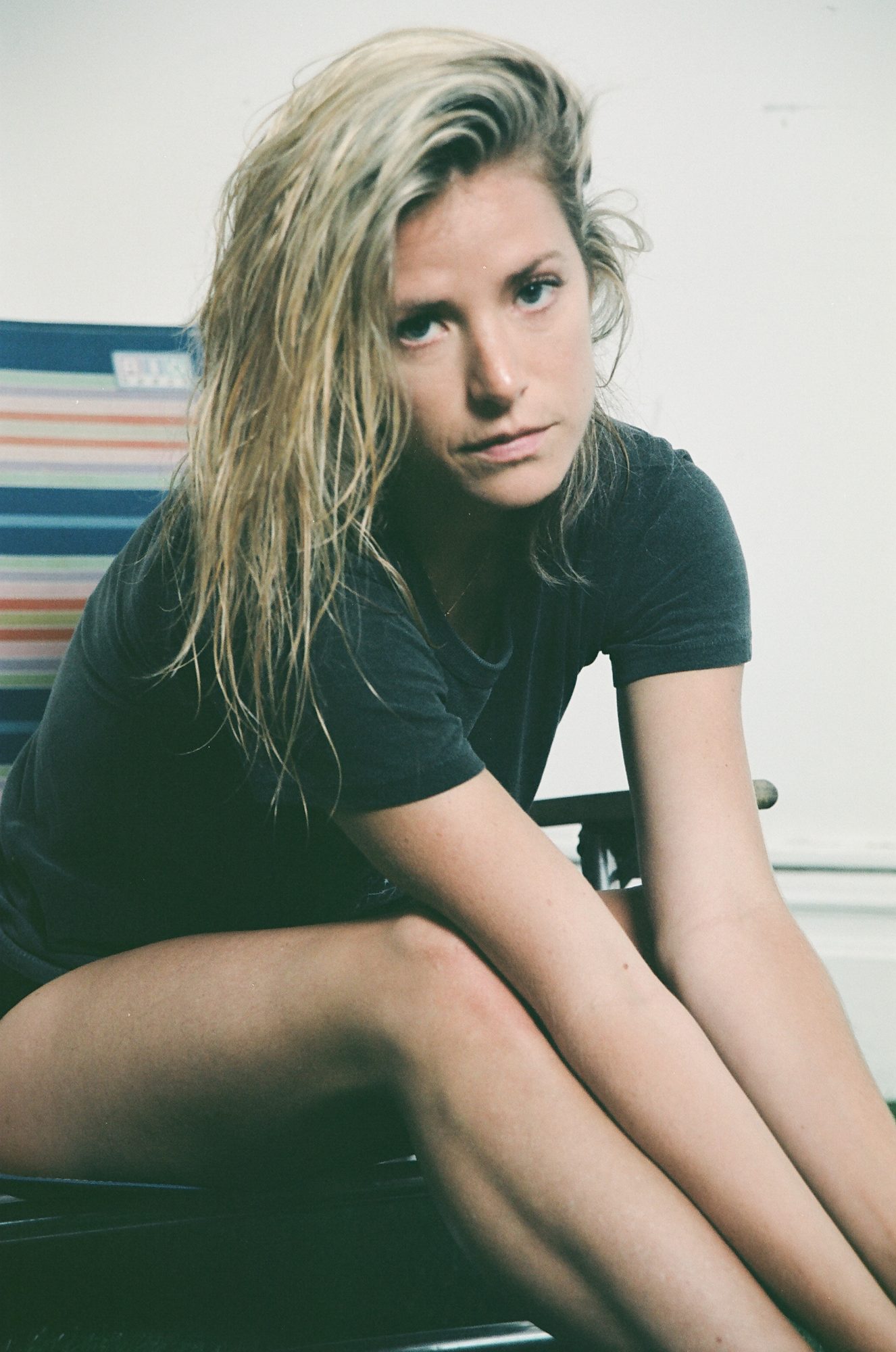