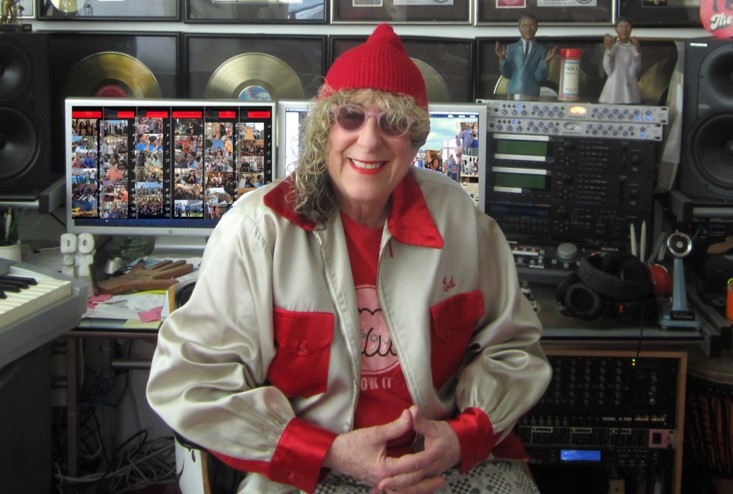 Today we’d like to introduce you to Allee Willis.

Thanks for sharing your story with us Allee. So, let’s start at the beginning and we can move on from there.
I grew up in Detroit when Motown was coming up. My parents would drop me off there every weekend to sit on the lawn where you could watch all the artists walking in and out and you could hear the music leaking through the walls. To this day, despite writing both music and lyrics to songs that have sold over 60 million records, I still don’t know how to play or read music but I hear every single note in my head like I did on the Motown lawn. I do anything from tapping pencils together for rhythm to hopefully writing with a collaborator whose playing inspires me so I can express my ideas through them. I also majored in journalism and advertising at the University of Wisconsin and learning to set things up and get right to the point is still very influential on my writing style.

After college, I moved to New York and got a job at Columbia (now Sony) and Epic Records writing ads, radio commercials, and liner notes on the backs of albums for all the Black and female acts. A couple of years later I bought a piano and a tape recorder and wrote my first three songs, which I took to my boss at the record label. I got a deal on Epic and my one and only album, Childstar, was released that contained the first ten songs I ever wrote. But at that point and contrary to now, performing terrified me and I was dropped. That same day I was introduced to Bonnie Raitt, who loved Childstar, and she became the first artist to record one of my songs. I thought it would roll from there but it didn’t. I got a few songs cut a year but not by any huge artists and not any singles.

So I started hanging posters by day for a music club in Manhattan and hat-checked at a comedy club by night. I decided to move to Los Angeles because if I was going to starve to death as a songwriter, I was going to do it in the sun. I kept writing until a couple of years later Patti LaBelle became the first artist to regularly record my songs. She introduced me to Herbie Hancock, who I started writing with. Between the two of them and a friend of mine being friends with someone in Earth Wind & Fire it led to Maurice White asking me to write the entire next Earth Wind & Fire album with him as well as a new single for the group’s Greatest Hits, Volume 1 LP that was about to come out. That song was “September”, which completely exploded and then it was on. At the beginning of 1978, I was getting food stamps and medical assistance. By the end of that year, I had sold 10 million records.

As for what happened after that through the present regarding songwriting, I was inducted into the Songwriters Hall Of Fame in 2018. Along the way, I received a Grammy for Best Soundtrack for Beverly Hills Cop, which included my songs “Neutron Dance” by The Pointer Sisters and “Stir It Up” by Patti LaBelle. I also received an Emmy nomination for “I’ll Be There for You,” the theme from Friends, and won both a Tony and Grammy for the revival of my musical, The Color Purple, on Broadway a couple of years ago. The musical is also currently being made into a movie produced by Steven Spielberg, Oprah Winfrey, and Quincy Jones. This year, “September” was inducted into the Library Of Congress Recordings Registry as one of only 300 songs total chosen for their historical, cultural, and aesthetic importance to the sound history of the United States. Other hits I’ve written include Earth Wind & Fire’s “Boogie Wonderland” and “In The Stone,” Maxine Nightengale’s “Lead Me On,” “You’re The Best” by Joe Esposito from the original Karate Kid, and Pet Shop Boys with Dusty Springfield’s “What Have I Done to Deserve This?”

In 2017, I finished a 5-year-long self-financed project for Detroit, recording a song I wrote for the city, “The D,” with 5000 lead singers and musicians, more people in history that have ever been on a record before. It was accompanied by a micro-documentary I directed, produced, co-edited and co-animated.

I integrate my music into many other art forms I work in. As a fine artist, I’ve sold over 1500 paintings, ceramics, and sculptures. I also did a ton of art direction and production design for a zillion music videos as well as designed everything from clothing to furniture to movie props. On the technology tip, I started developing a social network as early as 1992, with Mark Cuban as my CEO. In 1997 I was the first artist ever to address the U.S. House of Representatives on artists’ rights in cyberspace.

As a collector, I have one of the largest collections of 1950’s-1970’s Soul, Kitsch and Pop Culture artifacts in the world and use them in all the fields I work in. In the late 80’s I had my own column in Details Magazine. I started throwing parties in the 80’s as well. This was the only place I could do everything I did in one artistic expression. I work on each party for months. I’ve been named one of the best party throwers in the world by everyplace from the New York Times to People magazine and my parties started popping up on TV as well. I still throw them and they’re wilder as the years go by. I finally realized that if I approached live performing like a party host instead of a singer-songwriter that I might get over my fear of performing. Which I did and performing is now my favorite thing to do. For the last six years, I’ve turned my soirées into a series of sold-out one-woman shows featuring sing-alongs to my greatest hits, stories, thrift shop auctions, interactive party games, and more.

Has it been a smooth road?
Definitely not a smooth road, but always an inspired one. I write both music and lyrics but have never learned how to play, which can be problematic. It’s all in my head and I always need to figure out a creative way to get it out. When I got my big break with “September” and “Boogie Wonderland” I was on food stamps, getting medical assistance, never knowing where my next meal was coming from.

Also, as a largely self -financed artist to this day, as my career got bigger the projects in my head got bigger, keeping me as broke as when I was 21 because every dime I make goes into the next project. I also used to do most things on spec, and all of the community work I do, largely in Detroit, I do for free. My main way of expressing myself these days is still through parties I throw at my house as well as performing. I’m everything from the producer, director, production designer, star, art director, publicist – i.e., I serve every function involved in the shows as well as finance everything. It’s a very homemade operation and after I pay anyone else involved the only way I make any money at all is by selling off things from my private collection at the shows.

A definite challenge was also that I was a true multi-media artist decades before that was readily accepted. If you were a songwriter, it was hard to get support for working in any other area of the arts, let alone combine them into a single expression. Rather than a plus, it was looked at as taking time away from the primary artform you were known for.

We’d love to hear more about your work and what you are currently focused on. What else should we know?
I’m working in almost every area of the arts though I think I’m best known for my songwriting, my style, my house that was built as the party house for MGM in 1937 – a tradition I proudly carry-on – and for my collection of 1950s–70s Atomic Age, Soul, and Kitsch artifacts and memorabilia. And of course, my parties, which incorporate all of the above into one expression. What sets me apart is that I’m all the way me. Everything I do, everything I create, everything I wear, i.e., everything about me is one organic aesthetic.

What role has luck (good luck or bad luck) played in your life and business?
The only thing I have to say about luck is to be ready for it but never assume it’s coming. It’s useless to sit around and wait for it to happen as you have no control over luck. Be disciplined, diligent, and work hard as if you won’t have any. Be aware enough to recognize it when it comes but never expect it to. Move fast once it’s here. 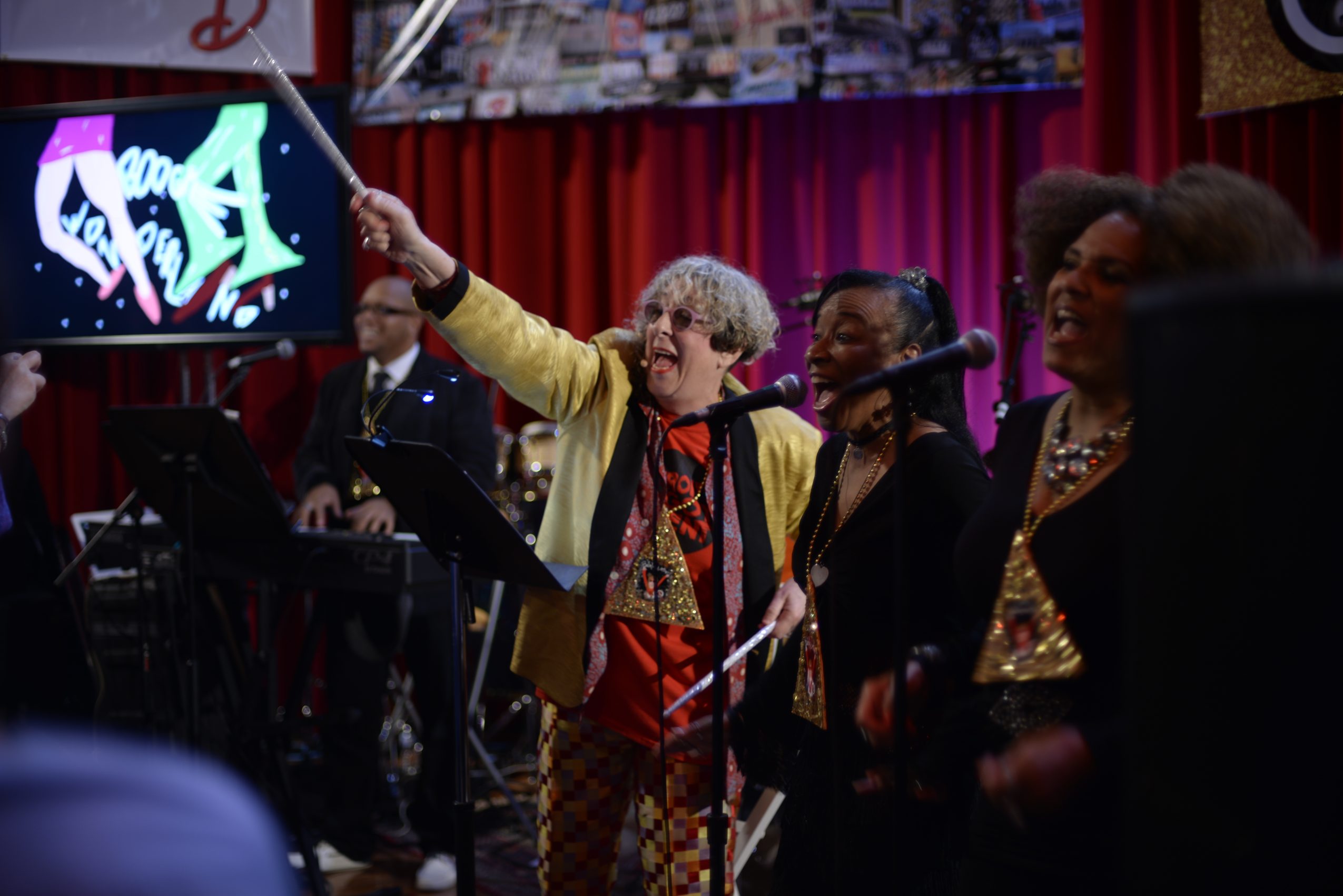 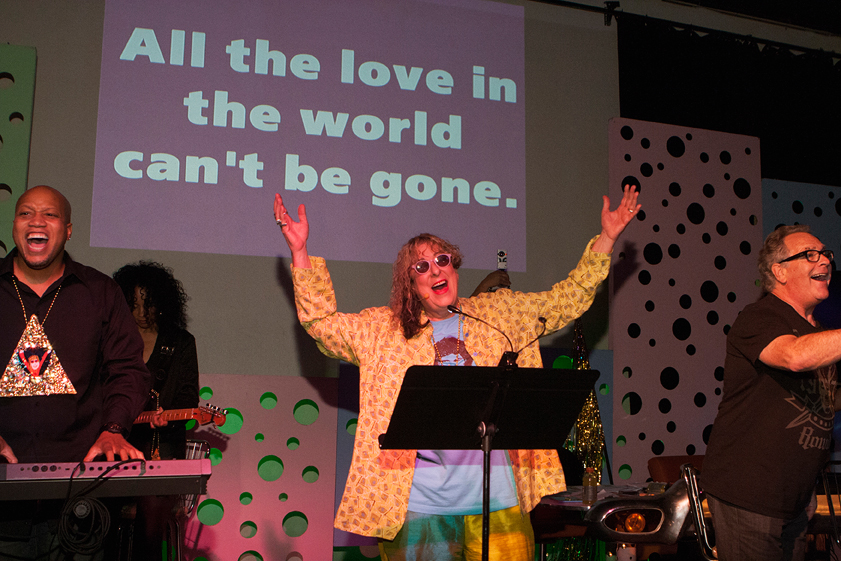 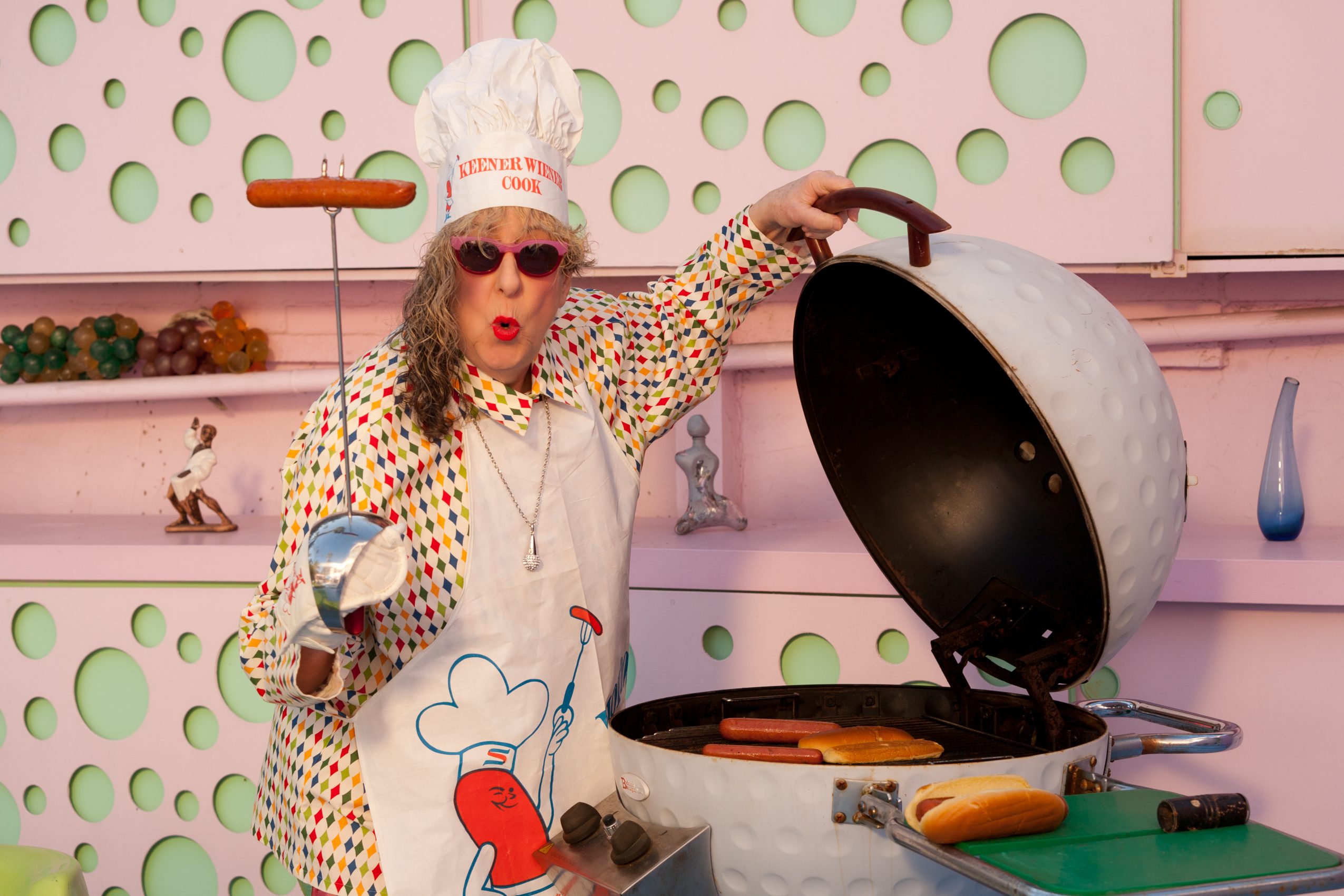 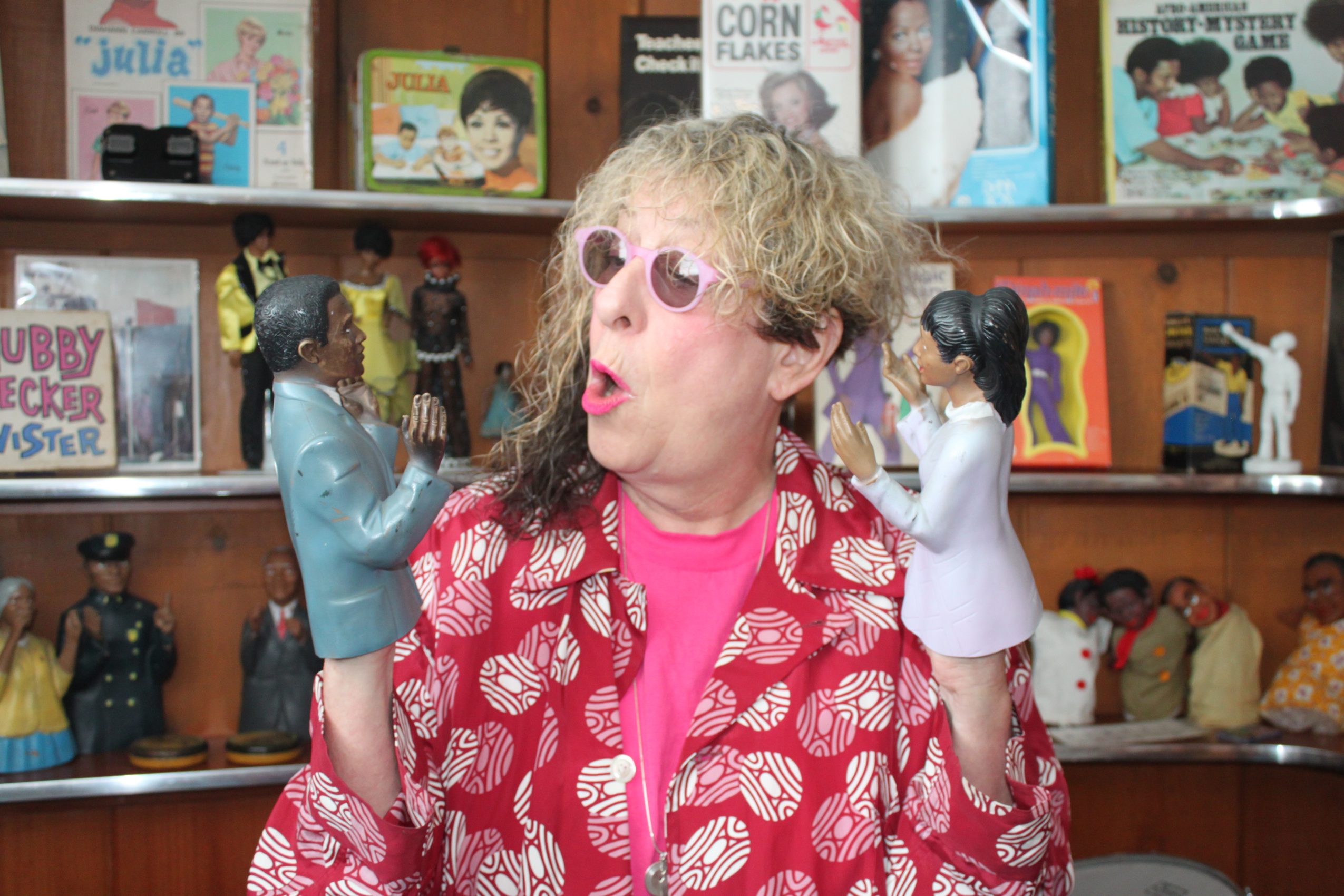 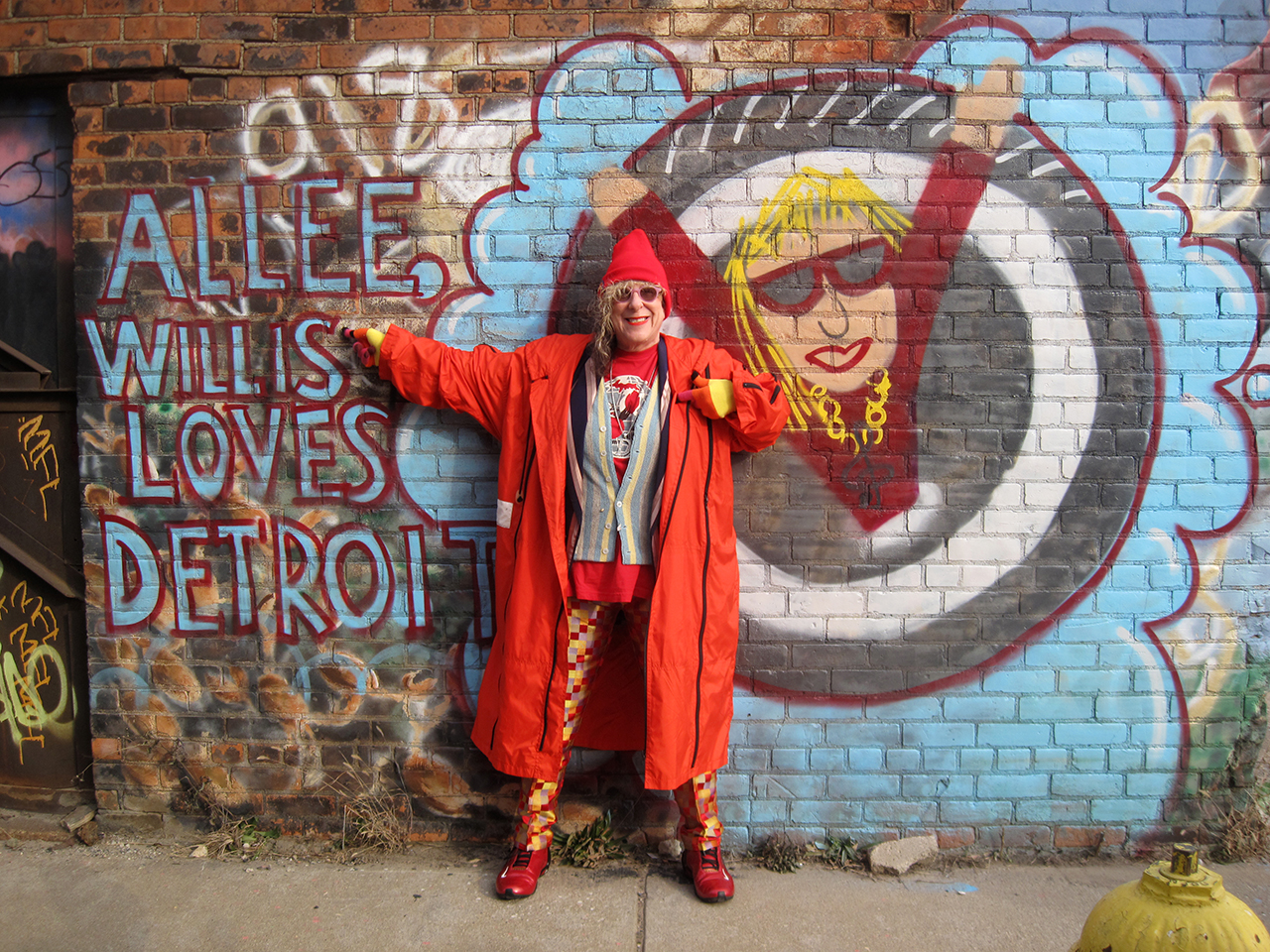 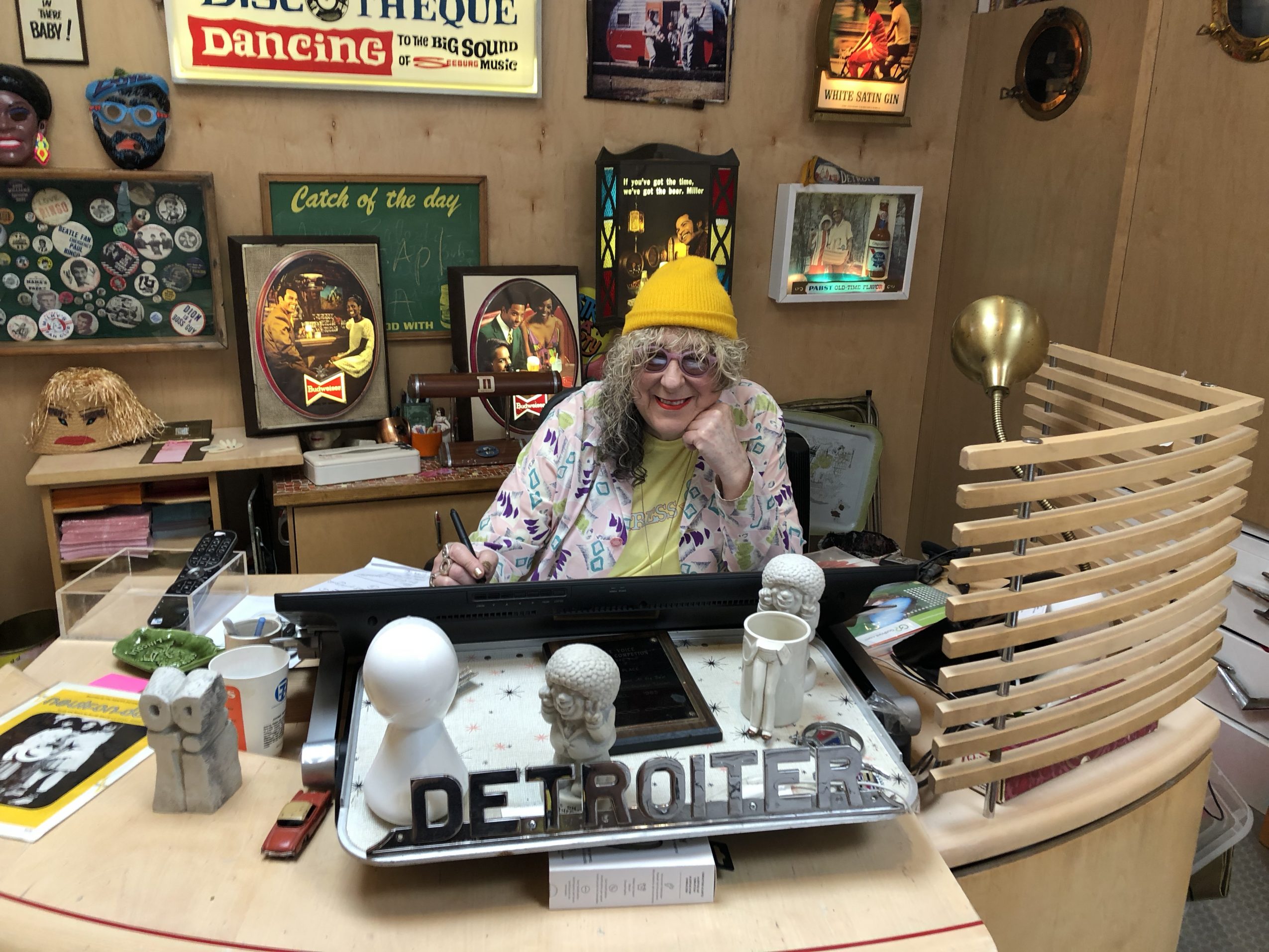 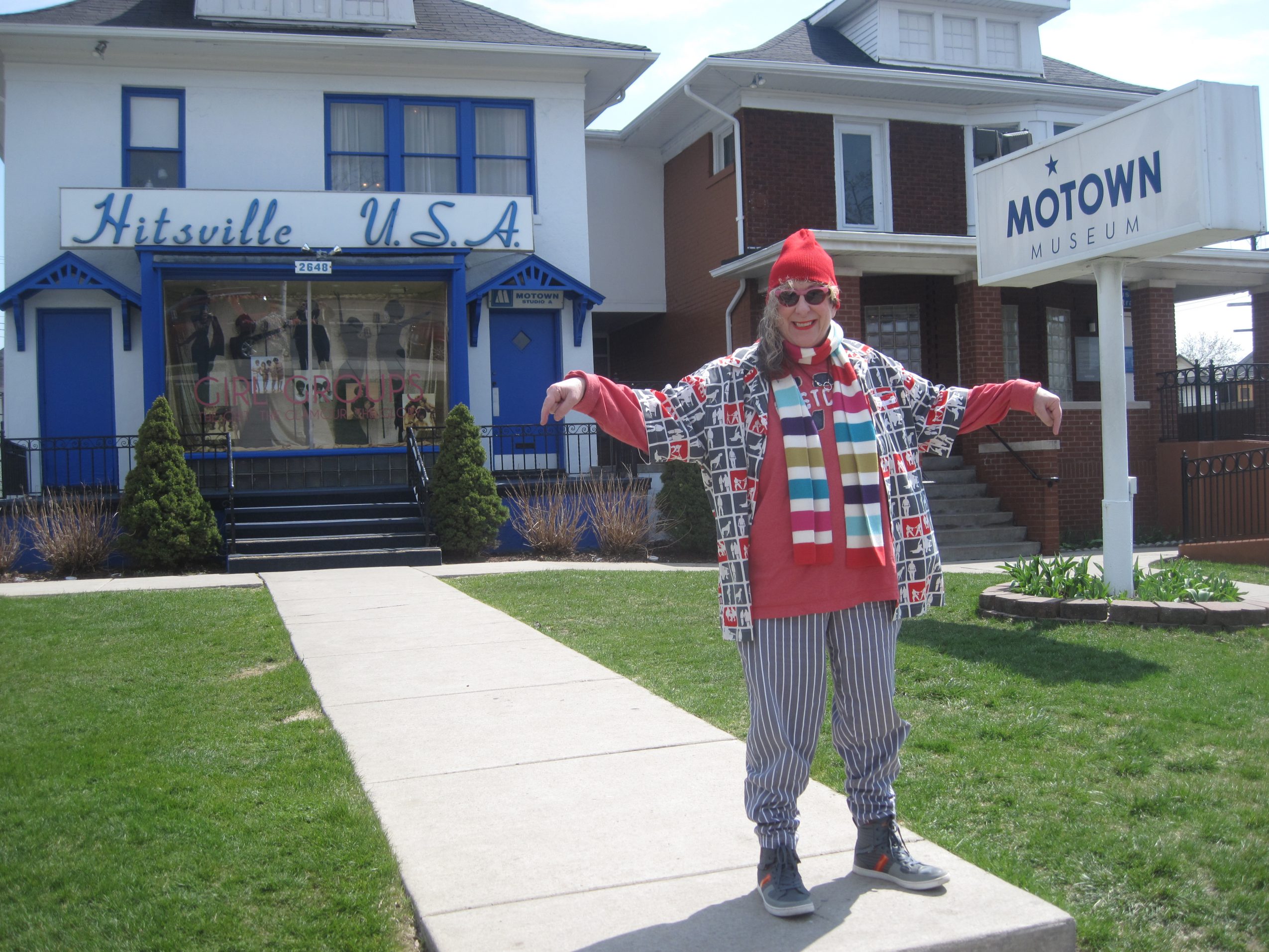