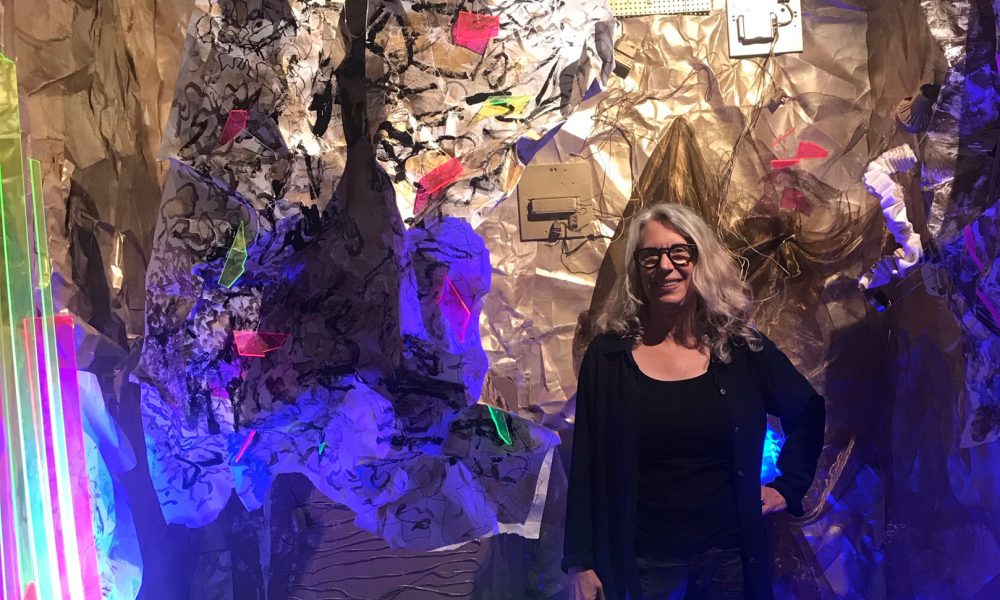 Today we’d like to introduce you to Alison Woods.

Alison, can you briefly walk us through your story – how you started and how you got to where you are today.
In 2014, I moved to Los Angeles. My first exposure in the city was to be curated into the Start-up Fair and have my largest painting “Matrix” featured at The Highland Gardens Hotel, famous as the place where Janis Joplin died. It took two professionals to install it above the stairwell overlooking the lobby, where it remained on loan for two years.

Artists from adjacent booths wandered through along with the local press and curators. Max Presneill, curator of the Torrance Art Museum, recommended me to an artist run space that was being started by David Spanbock. The project space was called BLAM, an acronym for Brooklyn and Los Angeles Meet. The space looked like it had been a former “grow” room, with harsh lighting, a metallic ceiling, a weird alarmed window to nowhere and a deadbolt located so high on the door that it required a chair for me to reach it. We had a sister gallery in Brooklyn and were able to put together some exchange shows in two cities. This was the first time I had worked with a team of artists.

I would call myself an accidental curator. My first curatorial project was a show titled Futopia, a collaborative effort with Kio Griffith, which coincided with the then-recent election of Donald Trump. The show was posited as a crude hybridization of possible futures, both utopian and dystopian. The pieces included ceramic suitcases with large suspicious holes in them, scary sculptures made over kitty condos, burning bank paintings, a “flood cube” with debris from the LA River, a utopian wishes canopy, Orwellian geometric paintings, an AK47 box installed as a coffin, and a room with a large black aquarium with smoke and a dystopian silver installation wrapped around it.

The following year I joined the artist group Durden and Ray. Curator Kara Tome put together an exhibition at the Brand Library of eight artist-run spaces in Los Angeles including ours. There was a call for design services and I volunteered. Paul Woods created a hand-drawn font, reminiscent of the aesthetic of the constructivists. This was used to create a powerful wall graphic at the entry of the exhibition and an accompanying zine.

The Brand Library connected us to Daniel Wiesenfeld of HilbertRaum in Berlin. I volunteered to work on an exhibition with their gallery in Berlin. I also worked with HilbertRaum to facilitate and curate an international exchange at the Torrance Art Museum, which paired eight galleries from Los Angeles and Berlin.

In 2018 I traveled with the gallery to participate in the SuperMarket Art Fair in Stockholm to make connections with European galleries interested in creating international exhibition opportunities. This yielded a year’s worth of exchange projects all over the world and created an international network of artists.

That summer, I collaborated and co-curated an international exchange exhibition with Dimitra Skandali. The first iteration, “In the silence between two waves of the sea” was in Los Angeles. The exhibition featured works from both Greek and Los Angeles artists connected by a pared-down palette loosely based on a nautical theme with political overtones. This exhibition was voted as one of the memorable events of 2018 by Art and Cake Magazine.

The second exhibition was organized as a month-long residency at the Aegean Center for the Arts in Paros, Greece. Visiting artists worked within an individual space and the exhibition evolved over the course of the 30-day period. I worked on some experimental sculptural drawings, which evolved into an installation titled “The Psychostasia (weighing of the souls)” which I suspended from the ceiling. It was evocative of carcasses hanging in a meat locker.

That same year, Camilla Boemio, the deputy curator for the Venice Biennale included my work in a group show “Los Angeles is, Once Again” at Temple University Art Gallery in Rome.

From the connections made at SuperMarket Art Fair, I organized and curated a cultural exhibition with David Leapman and Ivana Cekovic; “Figura: Micro Macro” at Neumünster, Luxembourg and in Los Angeles. The exhibition in Los Angeles featured the miniature works from Luxembourg paired with epic works from Los Angeles and the UK. Carlos Beltran Arechiga built a faux wall over a large industrial window and created miniature windows perfectly framing the Los Angeles cityscape, which contained transparent miniature works from Luxembourg to create a visceral micro/macro effect. I fabricated soft sculptural forms out of white vinyl to compliment 3-D rendered videos by UK artist Ian Dawson displayed on an ordinary monitor.

The gallery received an invitation from Hangman Projects in Stockholm to participate in a month-long residency culminating in an exhibition in their gallery space. I had been researching the phenomena of billionaire bunkers and preppers in addition to a series I had titled “The City of Gold” loosely based on the myth of King Midas. From scraps and salvaged trash, I was able to create an experimental installation with painted objects, video projections and an immersive painted environment.

I worked on the second iteration of the sister city exchange between Berlin and Los Angeles, organizing and bringing the exhibition to Berlin, and connected with Alke Brinkmann who shared my interests in science and quantum space. We put together a two-person collaborative project with the help of her husband Wolfgang Matzat. The walls were covered with paper that had been crumpled and spray painted to create a cave-like environment, the floors were covered with a layer of sand, the front window of the gallery was manipulated to create a perfect window for a transparent image to be applied as a film. A sculptural net was suspended from the ceiling to enhance the experience of quantum space. My blacklight painting received a special EU compliant blacklight frame that allowed it to be illuminated without affecting the other works in the gallery. Paintings were hung to bring the viewer’s eye through the space and experience the entire show as a cohesive whole.

In 2020 Sean Noyce, Joe Davidson and I submitted a proposal to be in the Spring Break Art Fair in Los Angeles. The three of us each created individual site-specific works for the agreed upon concept of “The Happy House” which included sculptures, video, and paintings. We also very strategically curated the works of other artists into the show.

The most recent project I actively helped to pull together was a city-wide exhibition organized by Sean Noyce in response to the COVID 19 quarantine. “We Are Here / Here We Are” which included 100 artists having work exhibited in public spaces throughout the greater Los Angeles Area.

Great, so let’s dig a little deeper into the story – has it been an easy path overall and if not, what were the challenges you’ve had to overcome?
I grew up in a family of professional artists. While artistic ability came naturally, the question of free will was one that I struggled with for many years. I was strongly discouraged from pursuing a career in art because the odds of achieving success for a woman are so low.

I started out as a graphic designer because it was the closest thing to art that seemed practical. I ran a design business in San Francisco until I realized this was not where my heart was. This caused me to redirect my energies into the art world.

Please tell us more about your art.
My art is influenced by science and technology and how it connects us through both neural and virtual networks to create a collective consciousness. The computer functions as both the subject and co-creator. I use search engines to source imagery and create computer-generated forms, which then get translated into paintings. The larger paintings can take months to execute.

What moment in your career do you look back most fondly on?
My proudest moment was to have my paintings installed at Stanford University because it was an opportunity to have a technologically and intellectually savvy audience experience my work. A range of individuals, including visiting technology entrepreneurs, professors, graduate students and people who worked at the university engaged in thoughtful discourse with me and were very excited to have the work on view. 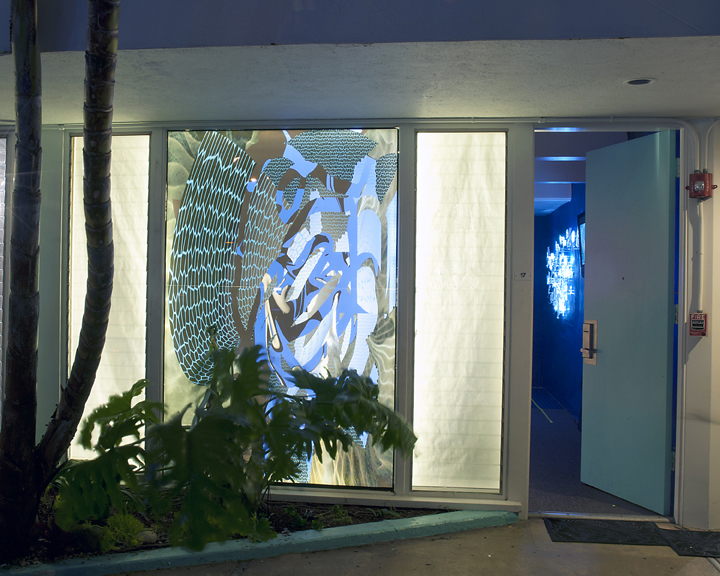 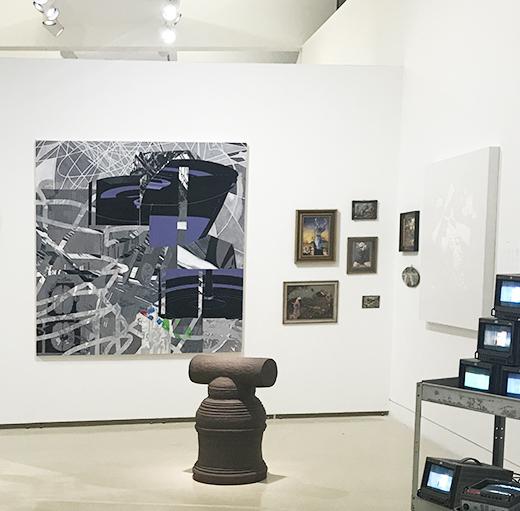 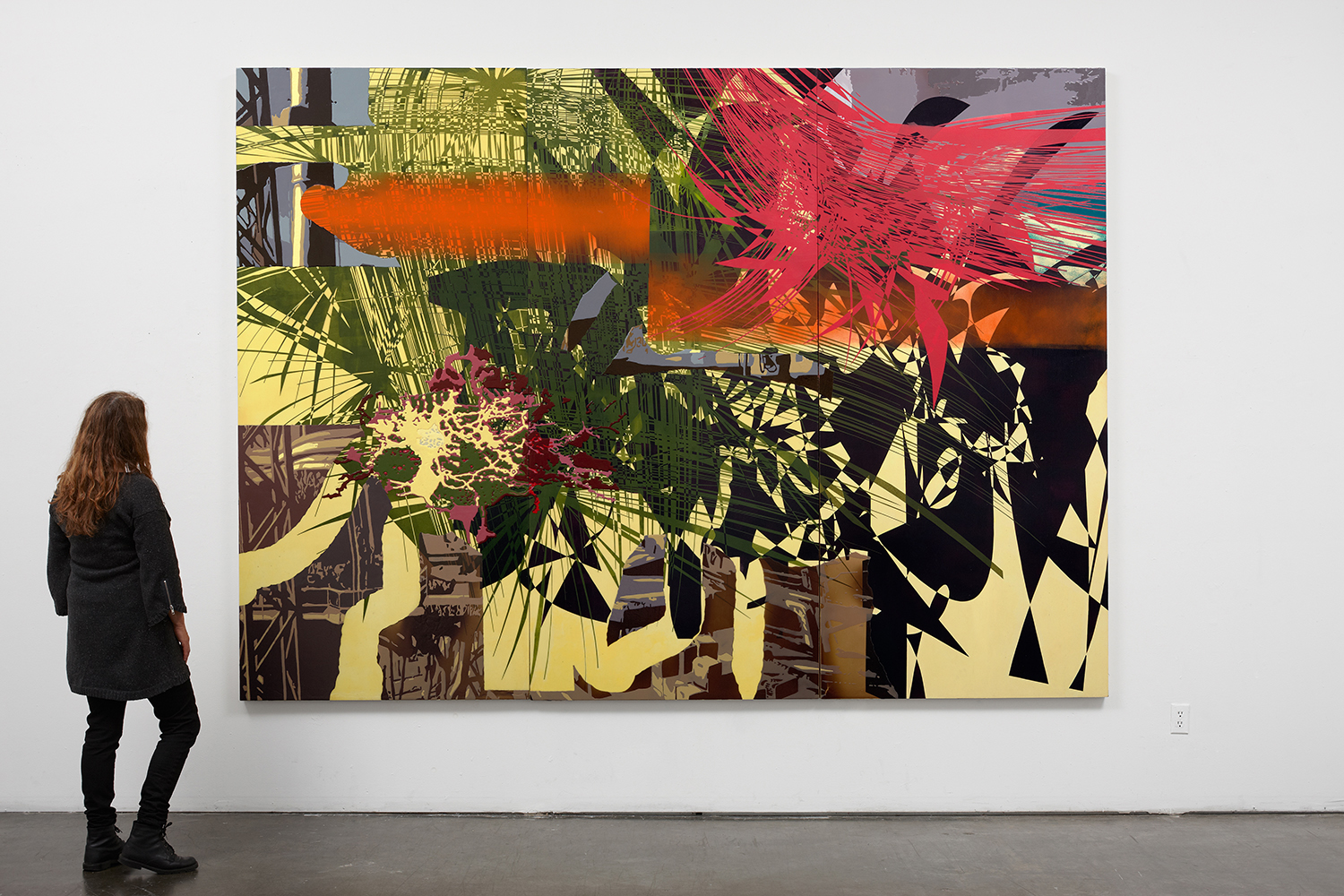 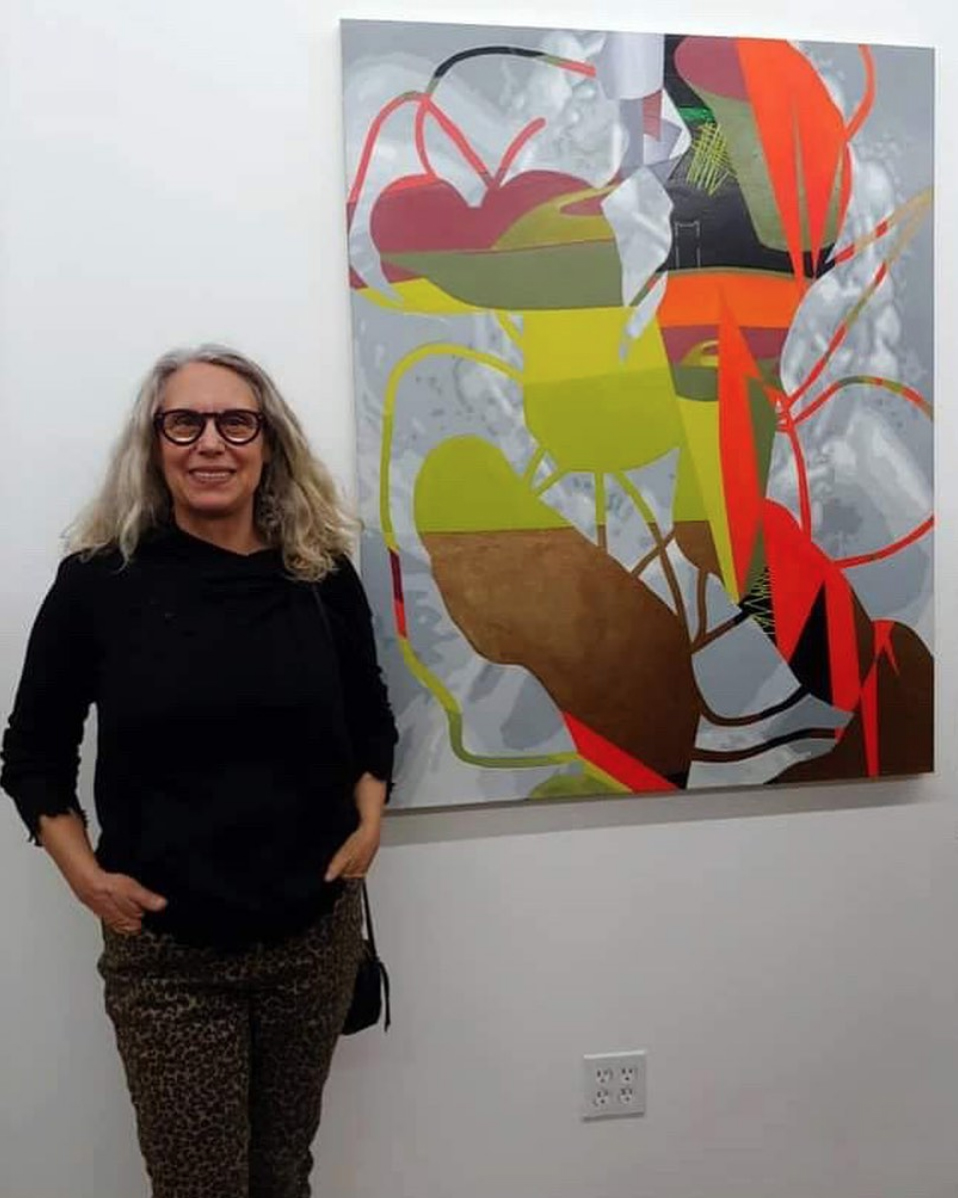 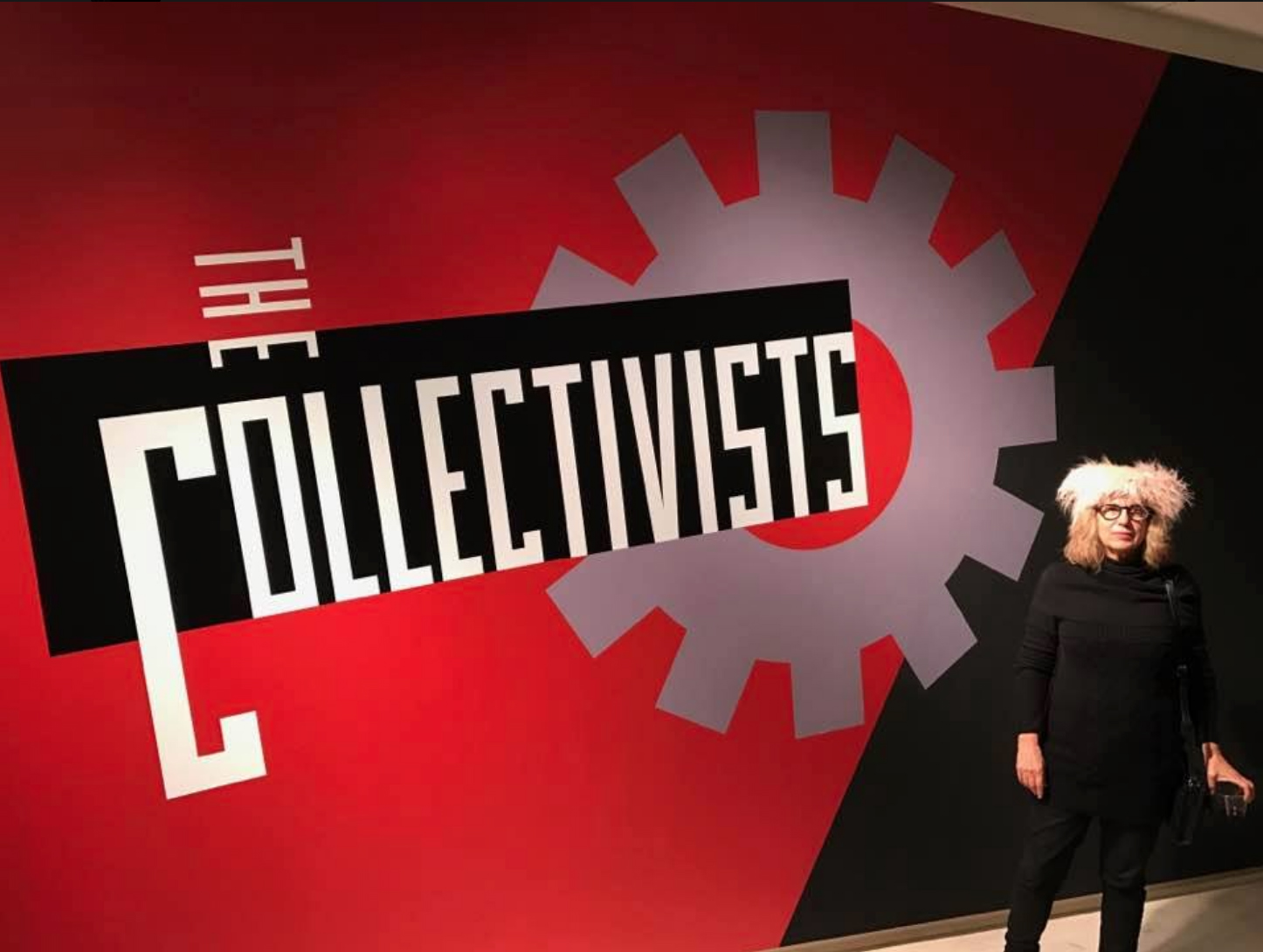 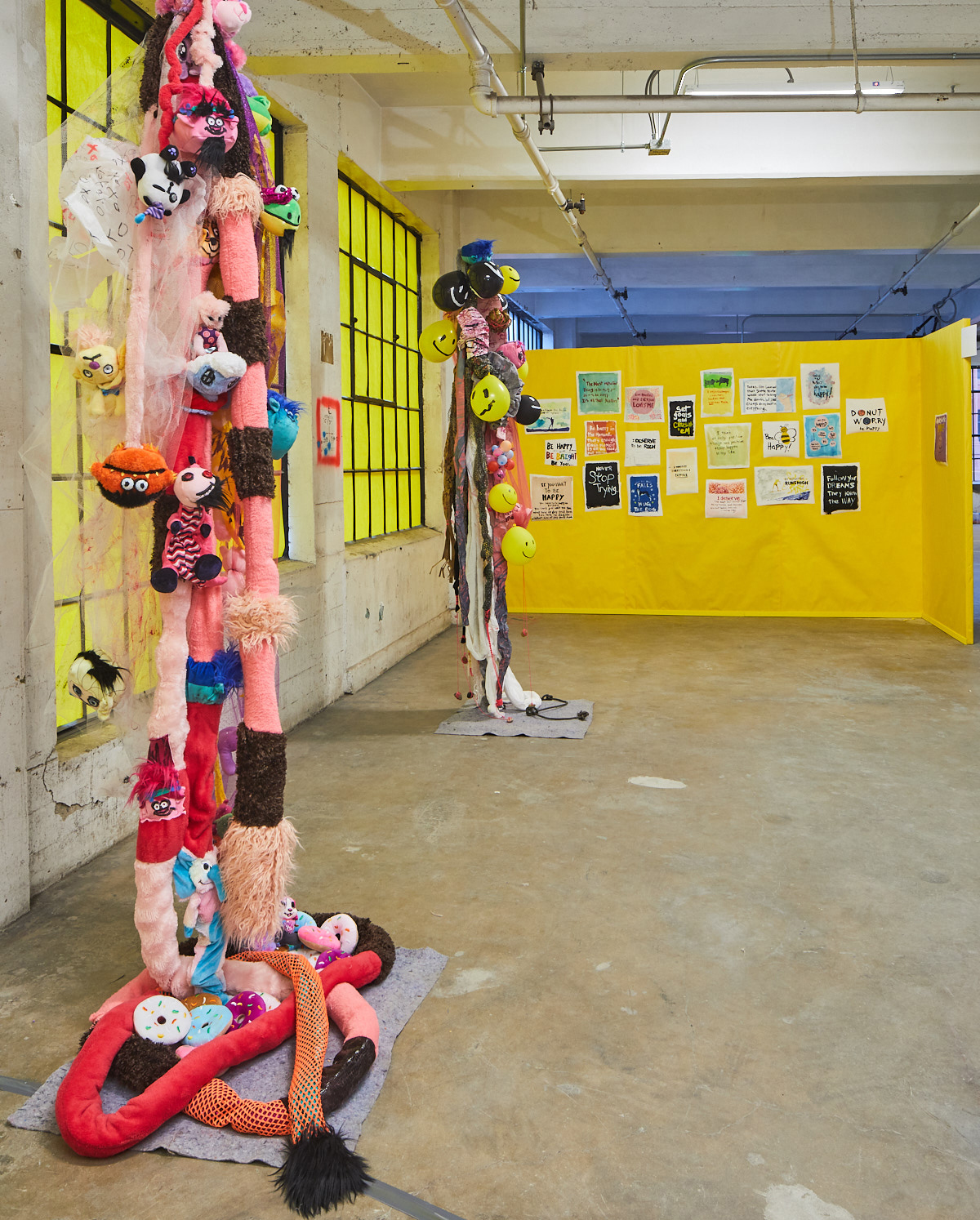 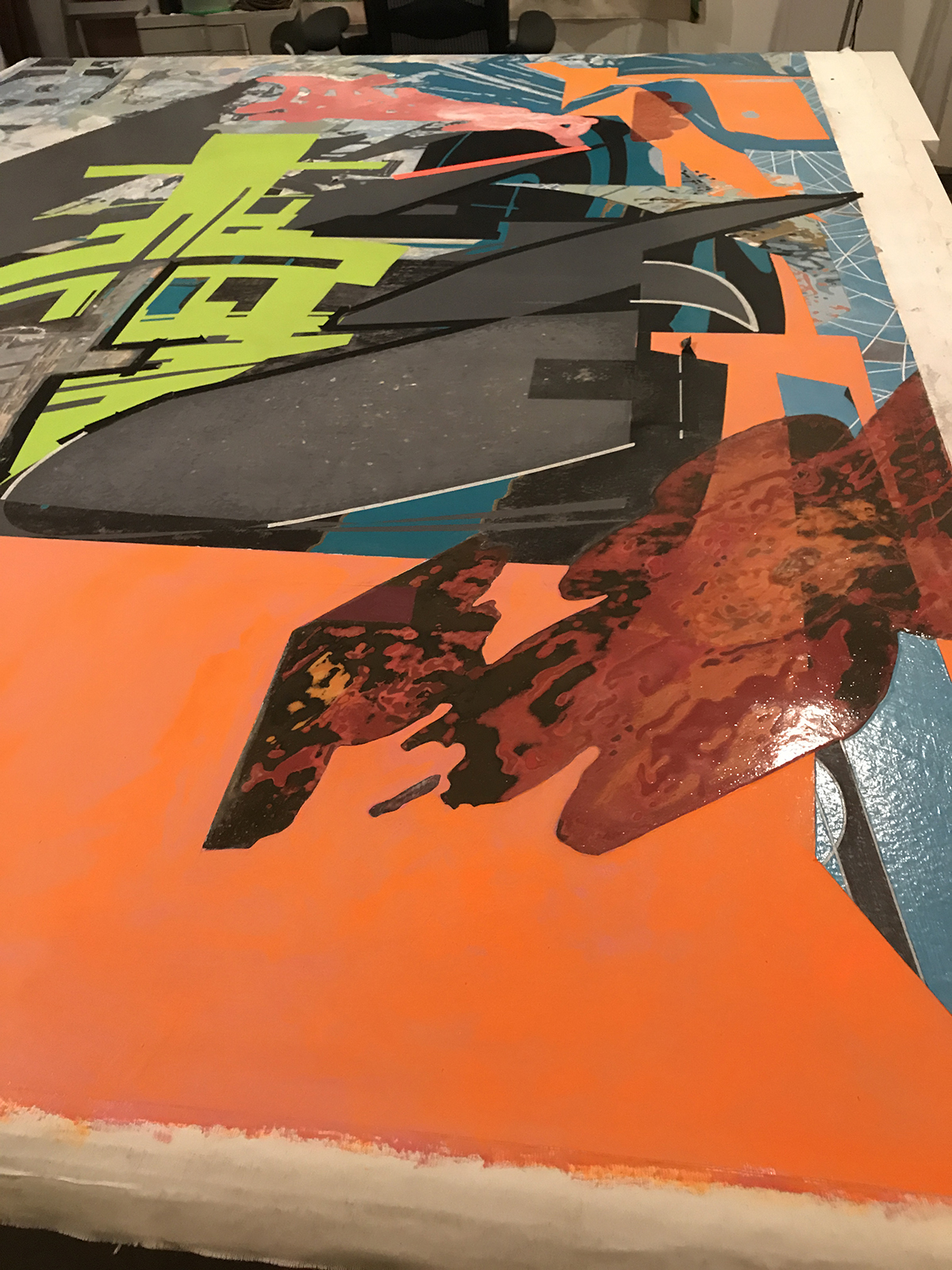 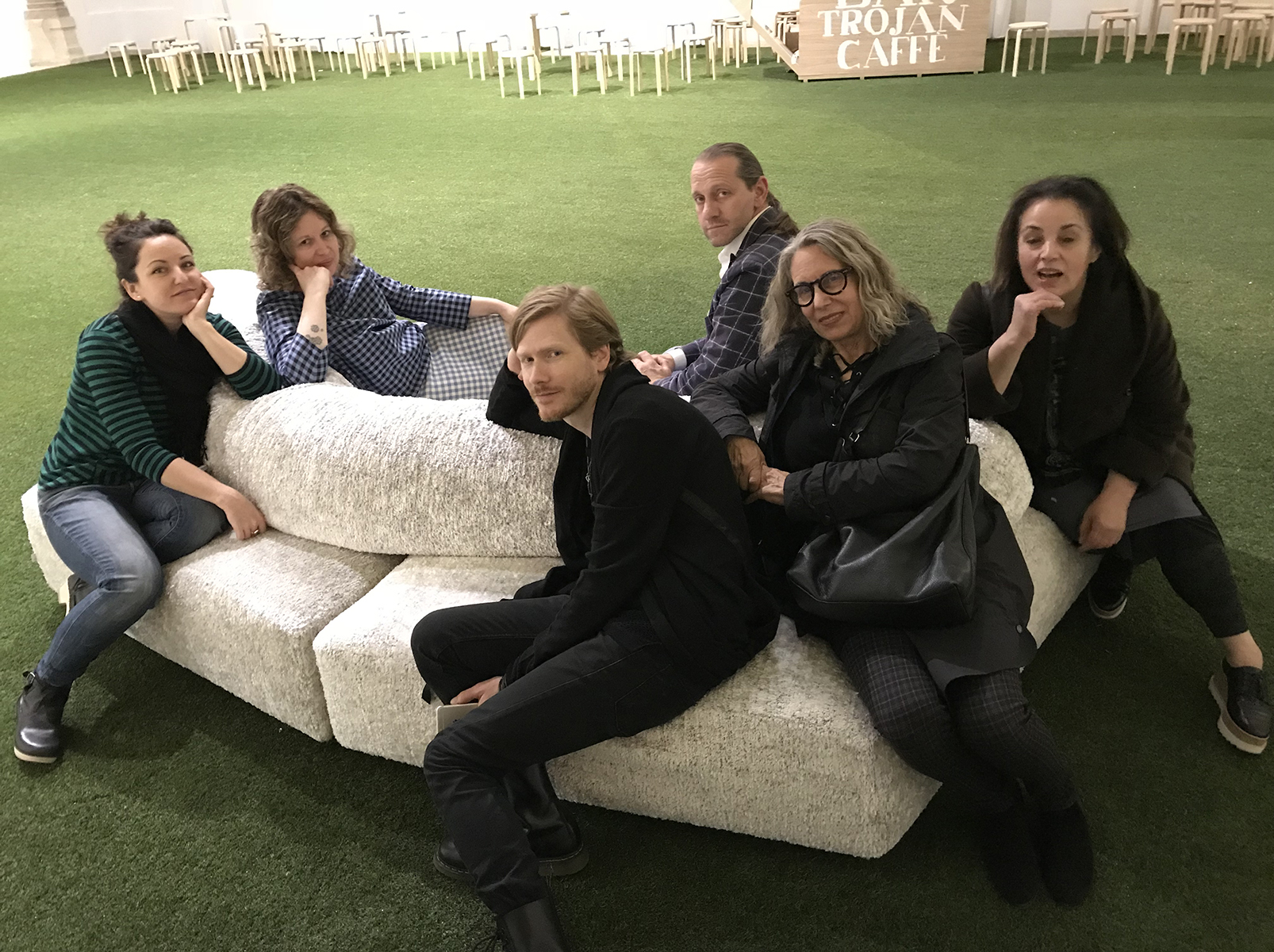