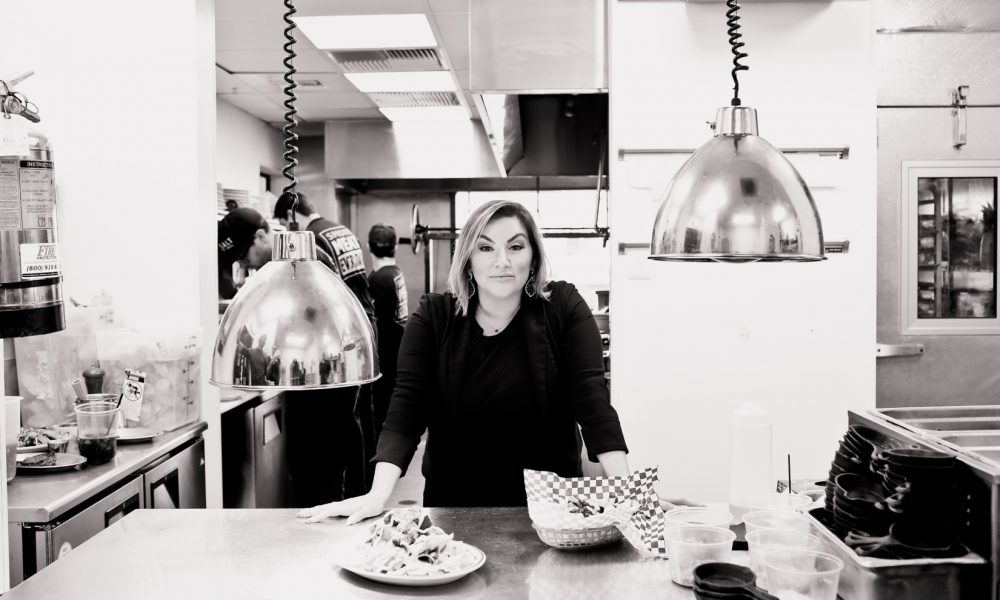 Today we’d like to introduce you to Alicia Whitney.

This accomplished entrepreneur has combined her passion for life, love of wine and food, professional experience and success to transform Huntington Beach, California, into a culinary destination. Early in her career, Whitney developed a versatile skill set and gained exposure to various food and beverage industries working in casino marketing and venue development in Las Vegas.

She parlayed that knowledge to create an instant sensation with her own business when she opened her first coastal concept, SeaLegs Wine Bar, in 2012 – then doubled down on the success by opening a second location at Los Angeles International Airport in 2015. For her achievements, the Huntington Beach Chamber of Commerce recognized Whitney as Entrepreneur of the Year in 2015.

Opened in June 2016, SeaLegs at the Beach is a surf-side rendition of SeaLegs Wine Bar, the award-winning wine bar and lounge that Gayot named as one of the top 10 restaurants in Orange County, California. At SeaLegs at the Beach, sun-kissed diners can enjoy SeaLegs’ acclaimed Chicken Chianti Tacos or fresh Ahi Poke Nachos as they toast the sunset with a glass of rosé or craft beer. Whitney designed SeaLegs at the Beach to accommodate wedding receptions, food and music festivals and other special events, with capacity to fit hundreds of people. Her contract with the California State Park System gives her exclusive rights to cater any event held at the beach.

The other three concession-style eateries at Bolsa Chica State Beach include the palate-expanding Pacific Kitchen, which showcases locally sourced items of sustainable fish practice from the Pacific Ocean, SeaSalt Woodfire Burger, featuring burgers and homemade shakes, and Beach City Provisions, a destination for comfort food. Beyond the opening of boardwalk concessions, Whitney aims to continue to push boundaries and shake up the coastal culinary scene, relying on her entrepreneurial spirit and zest for living to envision successful new dining and entertainment concepts.

Great, so let’s dig a little deeper into the story – has it been an easy path overall and if not, what were the challenges you’ve had to overcome?
The biggest challenge is managing it all – keeping it all straight while being a good mom and role model to my daughter, being a good wife, supporting all of my employees and growing my company.

Alright – so let’s talk business. Tell us about Prjkt Restaurant Group (including SeaLegs Wine Bar, SeaSalt Woodfire Grill, SeaLegs Franchise Company, and Prjkt Concessions) – what should we know?
SeaLegs Wine Bar. At SeaLegs Wine Bar, diners can enjoy a selection of limited production wines, hand-selected craft beers and cocktails and a seasonal California shared-plates menu that combines California-fresh with a touch of New England class. SeaLegs Wine Bar’s seasonal and ever changing menu has earned multiple awards, including a place in the Golden Foodie Awards’ “Foodie” Hall of Fame and a four time win for Best Californian Cuisine. SeaLegs Wine Bar opened its flagship location in Huntington Beach in 2012 and its second location at the Los Angeles International Airport, Terminal 2, in 2015.

SeaSalt Woodfire Grill. SeaSalt Woodfire Grill brings the culinary concept and culture of Santa Maria to coastal Huntington Beach, California. The grill house and weekend breakfast destination features the tastes of “farm-to-fire” grilling with slow-grilled meats, such as the bold-and-robust bone-in ribeye steak and traditional tri-tip, along with fresh seasonal side dishes. Diners can pair their selections with specialty “craft rim” libations, or an Orange County craft beer or wine from the Santa Maria Valley.

– SeaLegs at the Beach is a one-acre beach club, a beachside version of SeaLegs Wine Bar where people can enjoy signature flatbreads and toast the sunset with a glass of rose.