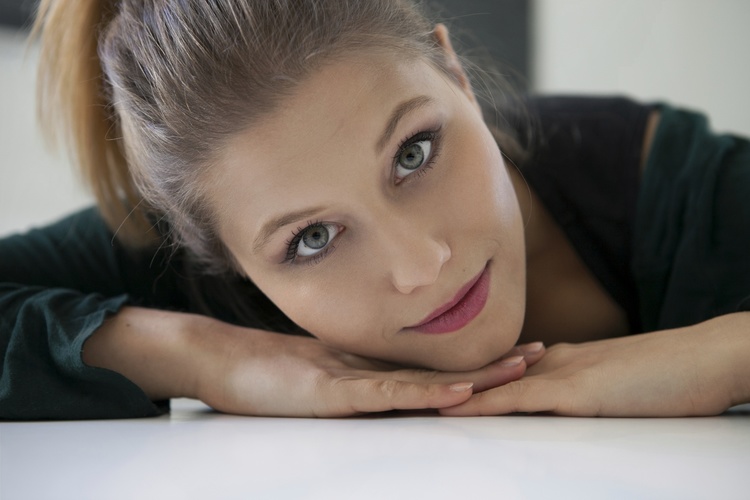 Today we’d like to introduce you to Alice Lussiana Parente.

Alice, let’s start with your story. We’d love to hear how you got started and how the journey has been so far.
I started acting when I was 12! Extremely young. I’ve always loved dance and music since I was little but I never considered acting until my stepfather brought me to my first acting class in a local company in Turin, my hometown. It was immediately loved at first sight! I spent my teen-years between school, dance classes and acting classes, sometimes I think about it and I still can’t believe how focused I was! I was so young but so passionate, nothing could distract me! Somehow I built the woman I am today during those years.

At 16 I got cast in a movie directed by Peter Greenaway: “Peopling the Palace”. It was a beautiful experience and my first time on a professional set, but it was immediately clear to me that I wanted to be an actress!

Two years later I auditioned for one of the biggest theatres in Italy, Teatro Argentina, for a production of the Theatre of Rome. They were casting the Italian version of Pippi Longstocking and looking for the three leads. I went to the audition extremely conscious that I wouldn’t probably get cast. I was barely 18, on my resume I had few regional theatre credits and one film, and I found myself surrounded by many extremely successful actors. After four days of auditions, I ended up in the last round and got cast. That experience changed my life. We started rehearsals the following year, I left school for four months, moved by myself to Rome and worked on my first professional production. After the first successful run, I went back to Turin and graduated from high school with flying colors! that fall we started a one year tour all around Italy. I was 19 at the time, and I was realizing my dream!

After that beautiful experience I kept on working between Rome and Turin both in Theatre and Film, and I graduated from the University of Turin in Cinema with a thesis on child actors.

During that period I got cast into my first Italian/American production: “Richard the Lionheart” directed by Stefano Milla, which gave me the chance to act in English for the first time! That was a big revelation to me and somehow, I felt that something was missing in my life., so I started looking at Drama Schools abroad. I got accepted for the Shakespeare Conservatory at the London Academy of Music and Dramatic Arts and spent the summer acting Shakespeare (in English!). which for a non-native speaker is really challenging! I loved every second of it!

Then New York came into the picture. I was 23, I didn’t know anybody in the States, so I researched all the Drama Schools in the city and I found the Stella Adler Studio of Acting. I went to New York, took a summer course and during the last month one of my teachers suggested me to audition for the conservatory, I did and got accepted.

I can’t say that it has been easy but I always felt deep inside that it was the right decision. After graduation I got cast in my first New York production: Richard III. (Ah, Shakespeare again!) and kept working: movies, voice-over, and theatre between Italy and the States.

In 2018 I worked for many productions that I loved. I spent 2 months in Valencia working as an actor coach for the Italian hit Miracle Tunes! I starred in my first horror film: “Onirica” directed by Luca Canale Brucculeri and I started hosting the “Oniros Film Awards” in Italy.

The same year, in December I won my first award as Best Up&Comer actress for my role in Gorchlach the Legend of Cordelia directed by Fabio Cento which gave me the chance to travel to Los Angeles for the first time.

We’re always bombarded by how great it is to pursue your passion, etc – but we’ve spoken with enough people to know that it’s not always easy. Overall, would you say things have been easy for you?
I wish! but that wouldn’t be fun, right?

Like every artist, I encountered tons of rejections. I spent months thinking if I really was any good! Then, I would book a job, and the rollercoaster would start again!

People from the outside tend to see only the shining and glamorous life of actors, the success, the glory. I think that’s 10% of an actor’s life. There so much preparation involved, research, bureaucracy, sacrifice, wait, etc..

There are so many moments of doubt and uncertainty but personally, I miss a lot Italy! I miss my family, my friends. It’s hard to be on your own on the other side of the world, even now that I have a new life here.

We’d love to hear more about your work.
My work is extremely challenging. I’m basically my own manager! Yes, I do have an agent that gets me auditions but at the end of the day, I have to work on my crafts, on my connections, on my resume every day on my own. Every morning I wake up and look for auditions or prepare for upcoming ones. I still take dance classes, singing classes and I’m part of three theatre companies. The Shakespeare Lab, KIT – Kairos Italy Theatre and the Flea Theatre. I work very hard and I want to believe that this is key to success.

I think lately one of the things that really brought me a lot of satisfaction is my voice-over work! I’ve been doing a lot of incredible projects, and I love working with my voice.

My mother told me that I started speaking when I was not even 1 year old. Eventually, I never stopped!

Has luck played a meaningful role in your life and business?
I believe in hard work. I do believe in luck as well, however, I think in order for it to happen you have to lay down the foundations for it.

More than good luck or bad luck, I prefer to see it as being in the right place at the right time!

I definitely had my “lucky moments”. I got to do projects at the same time because of “a lucky coincidence”, I got to meet people that changed my life, I was loved and mostly I got the opportunity to do what I love, to live fully, pursuing the career of my dreams. That’s my good luck!

I don’t think “bad luck” ever played a role in my life. I definitely had to overcome many challenges but somehow they made me who I am today! I thank all of them! They turned me into a fighter! 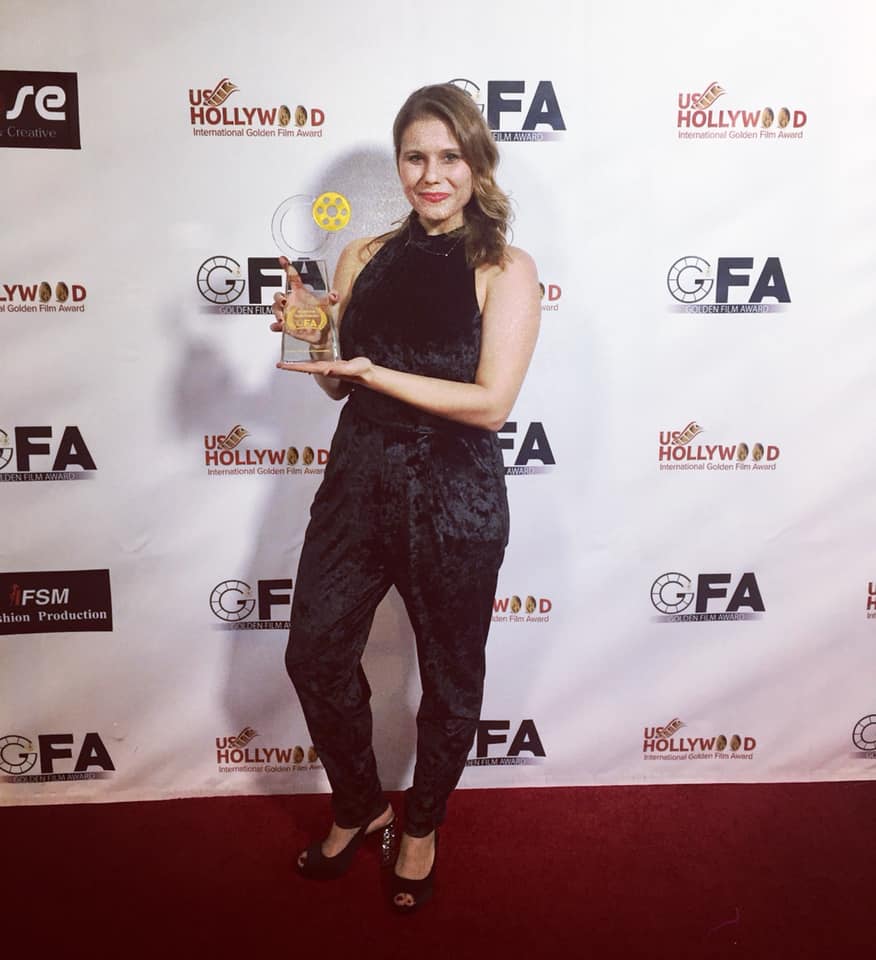 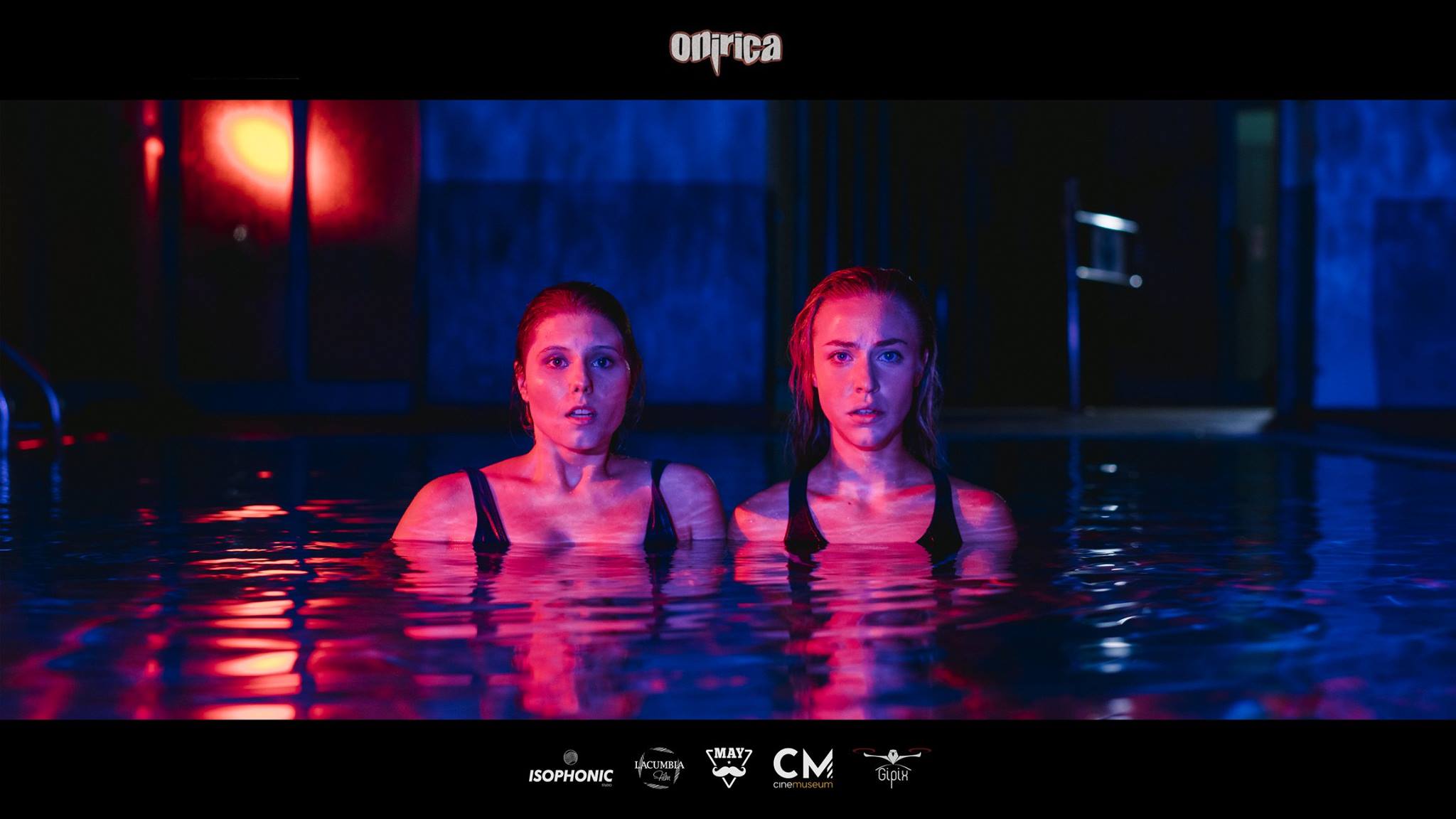 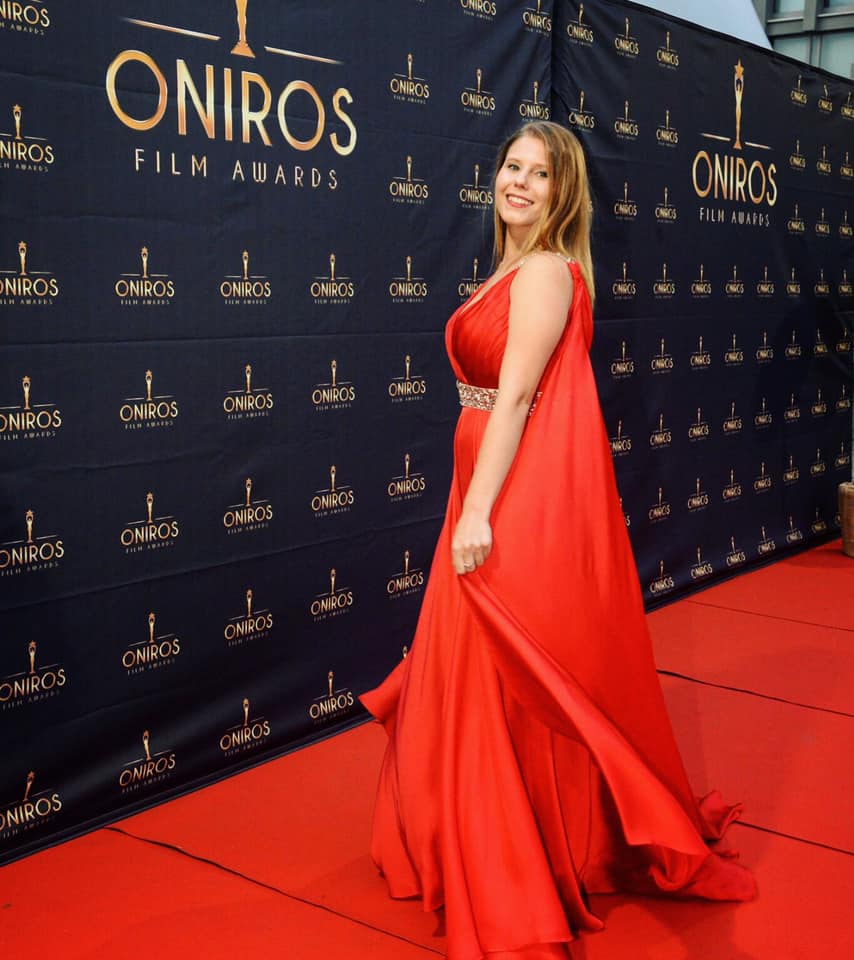 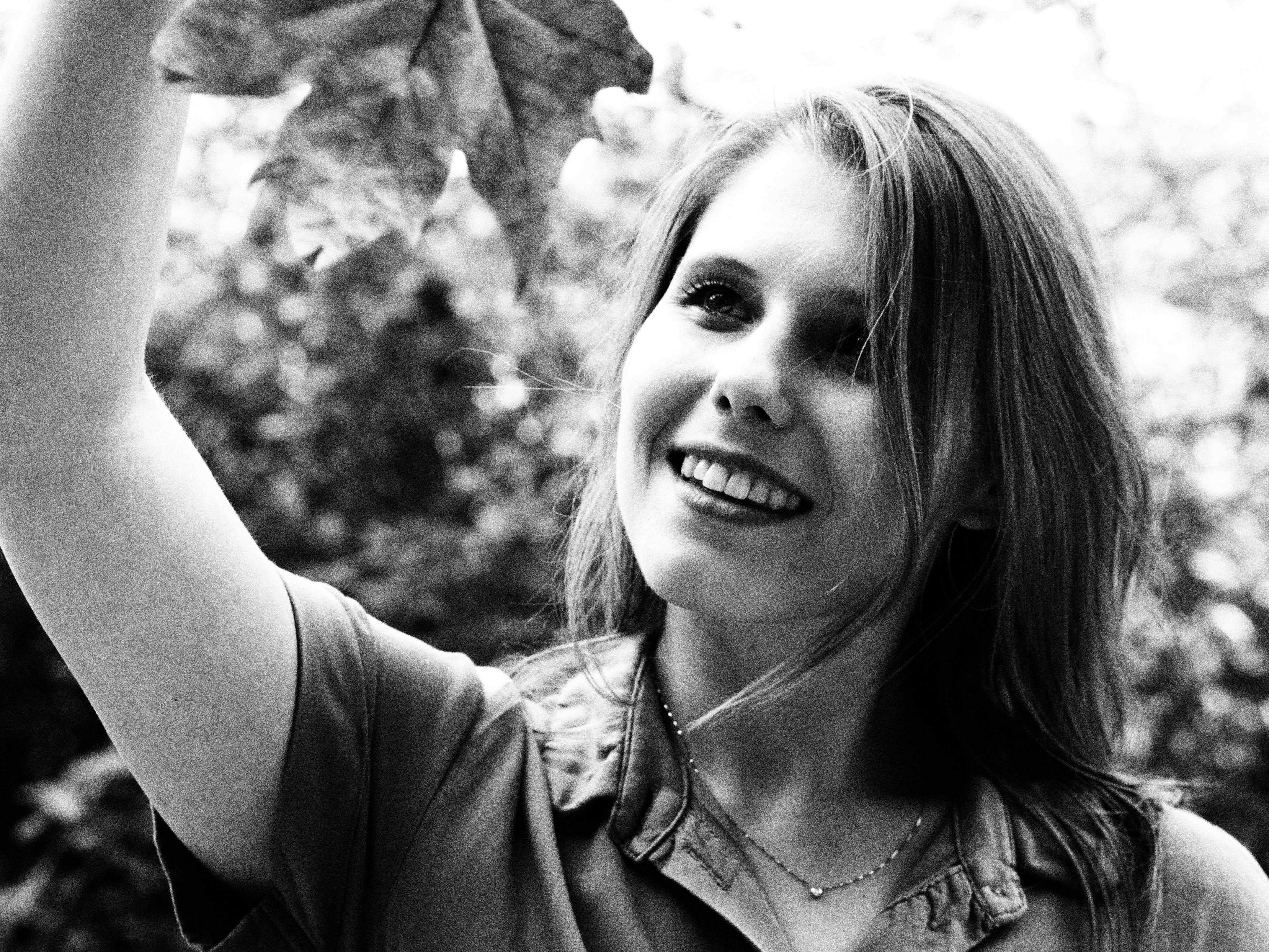 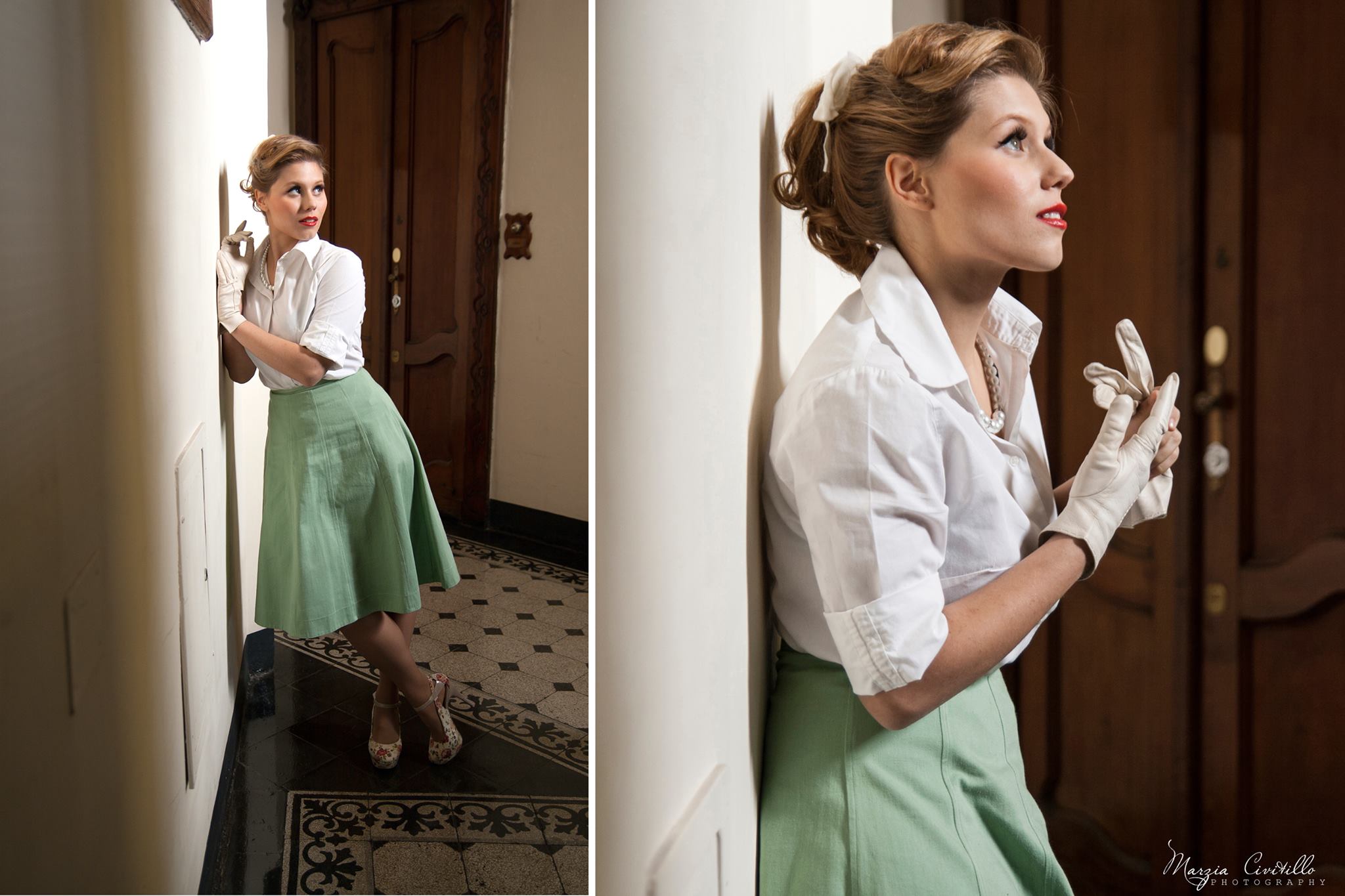 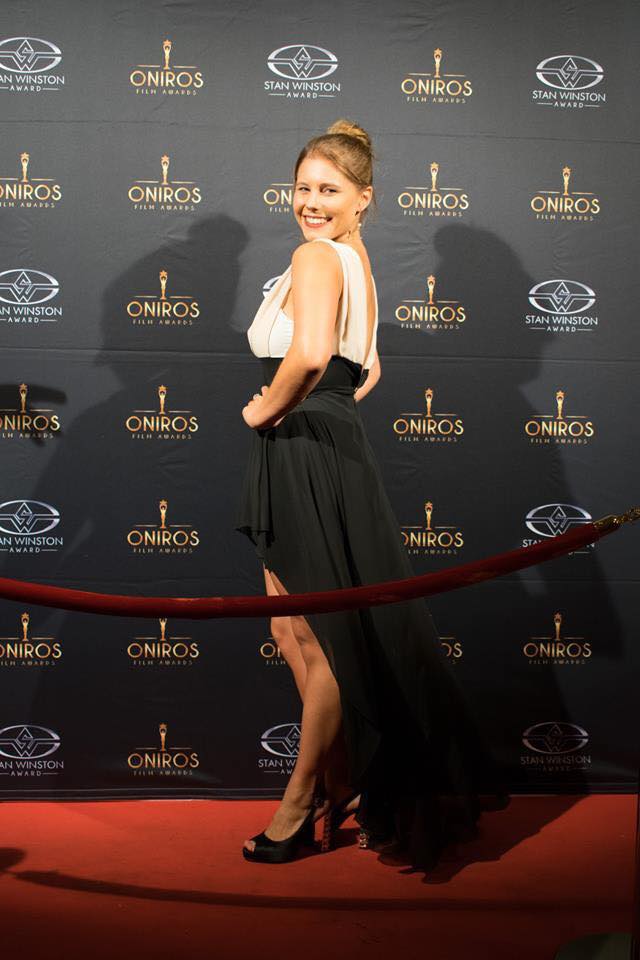 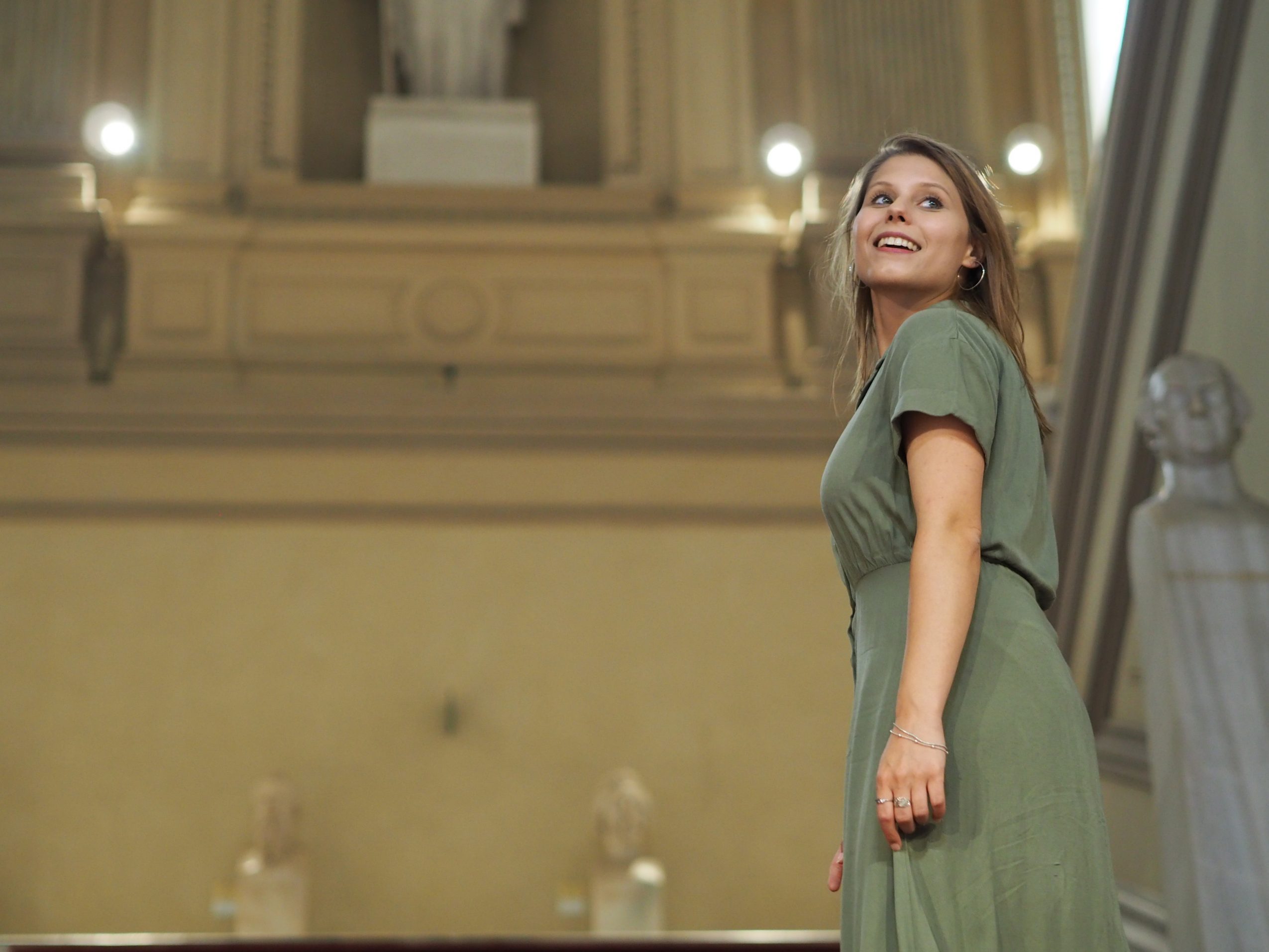