Today we’d like to introduce you to Ali Sher.

So, before we jump into specific questions, why don’t you give us some details about you and your story.
I moved to the United Staes in 2014 from Moscow, Russia and straight to the most beautiful but challenging city of Los Angeles, California. I always had and followed my passion for Stand-Up Comedy and dreamed about to try myself as a Stand-Up Comedian since my friends back in Russia used to tell me that I’m funny in telling jokes.

But when you are new in the country where you never born and/or lived in, you’ve got to settle yourself down in sense of the job, living as well as adapt yourself to completely new everything. So, the first (I would say) three years have been quite challenging during settling my self down but I never stopped dreaming to start in Stand-Up Comedy.

Another and the major problem that has been stopping me to start my comedy was lack of good English language knowledge and zero experience in Stand-Up Comedy. I’ve been watching all the world-famous comedians back in Russia and with Russian subtitles but never performed or had any experience.

In 2017, I remember my self watching live comedy of two famous comedians Jo Koy ad Bret Ernst for the first time in my life at Irvine Improv Comedy Club barely understanding English and what their jokes were all about, I was seating and dreaming to go up on the stage one day and perform my set as they did but I knew that I have to go through a lot before I will hit the stage. Their show did encourage me not to fear any obstacles and challenges that may arise.

The first step was taking English classes and the second one is to start volunteering for any comedy club that will allow me to do so in exchange for an opportunity to start participating in an open mics and be around the comedy club and comedy industry people so I can watch live comedy, learn, get connected and get inspired.

The first and only Comedy Club (which is now my home club) that allowed me to volunteer and help with the club around was Ha-Ha Comedy Club down in North Hollywood, known as one of the oldest and famous comedy clubs in Los Angeles where some many nowadays famous comedians either started from or used to do an open mics, hosting or performing. For example, comics such as Amir K, Gabriel Iglesias, Jeff Garcia, Chris Delia and many more either started from this club or used to practice their sets at open mics or perform.

Ha-Ha Comedy Club owners Jack and Tere Assadourian gave me such great opportunity to be the part of the club. To be honest, they are the first people who encouraged me in every way possible to get on open mics and then on live shows. Two years of volunteering experience without skipping a single night at Ha-Ha Comedy Club gave me such an unforgettable and priceless experience that I would never get if I would simply take comedy classes. In my opinion, you cannot teach a person to be funny, you may teach him or her writing technics but being funny is a gift but also, learning your passion from inside and out is another priceless experience and great knowledge.

These days, I perform or performed in all major comedy clubs around Los Angeles such as Ha-Ha Comedy Club, Laugh Factory, The World Famous Comedy Store, Improv, The Ice House, Flappers, L.A. Comedy Club at STRAT in Las Vegas and many more.

Looking back at the beginning of 2017 when I had no idea how would I start but always dreamed to become a comedian, I strongly believe that if you have a dream and willingness, you can do it. Yes, you will face so many obstacles on the way to your dream, you will have a lot of challenging situations but if you simply keep believing and put in hard work – everything is possible. As Martin Luther King Jr. said “If you can’t fly, then run. If you can’t run, then walk. If you can’t walk, then crawl, but by all means, keep moving.”

It is so unbelievable when you find yourself performing with the top comedians together in the same comedy show, especially knowing the fact that you have been watching them on TV and had no idea that one day you will be standing next to them waiting for your stage time and set.

I’m thankful to Jack and Tere Assadourian, every comedian, person and audience for their continued support and believing in me, for every advice, an opportunity to perform for the community and let me do what I love to do.

Life is beautiful! Never Give Up!

Overall, has it been relatively smooth? If not, what were some of the struggles along the way?
No, it was not a smooth road due to two main struggles I had:
1. Lack of English language;
2. Lack of Stand-Up comedy experience.

We’d love to hear more about your work and what you are currently focused on. What else should we know?
I’m a comedian who tells jokes to make you laugh.

My comedy is based on my observations and most situations that happen to me.

I’m proud of myself in sense of my achievement in Stand-Up comedy and where I am now.

The things that set me apart from others are my comedy, my Russian accent and my Asian face that confusing people hearing my accents and knowing that I’m from Russia (my mom is Russian and my dad is Chinese).

If you had to go back in time and start over, would you have done anything differently?
Nothing. The Lesson is “Nothing is impossible”. I believe there is no way to cut the corners during the learning process because nothing comes easy. 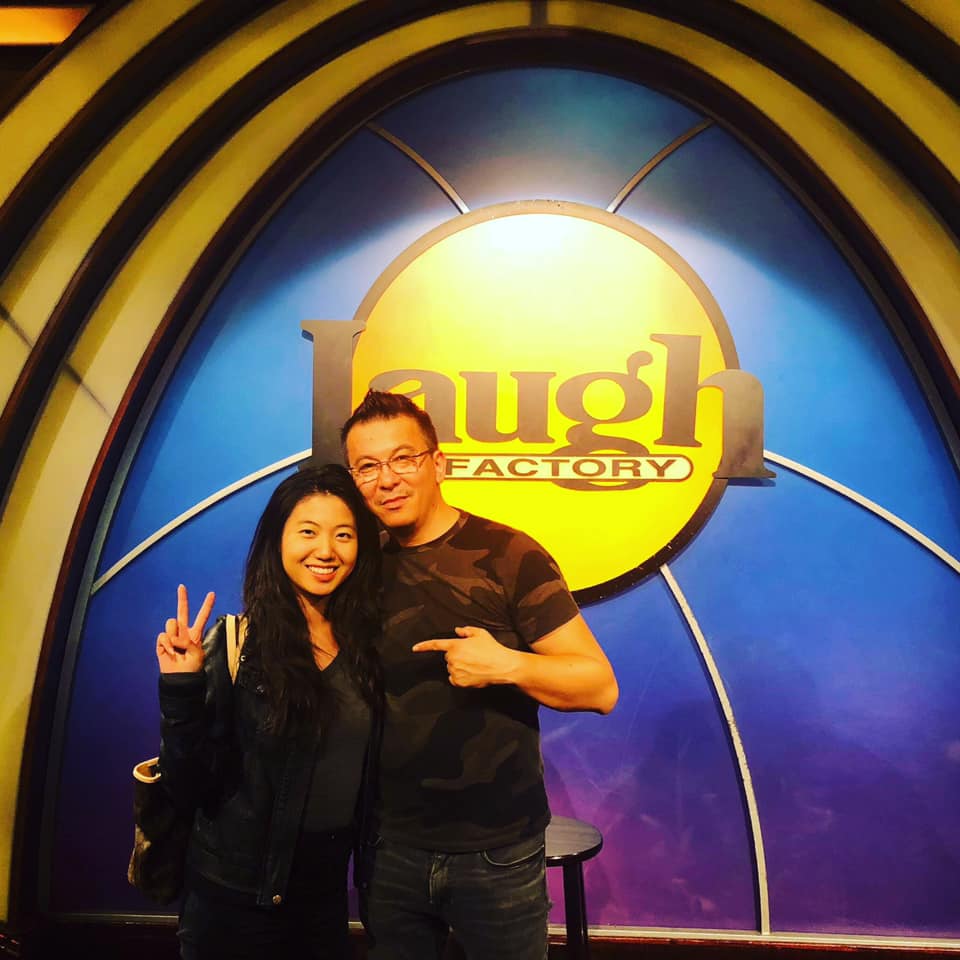 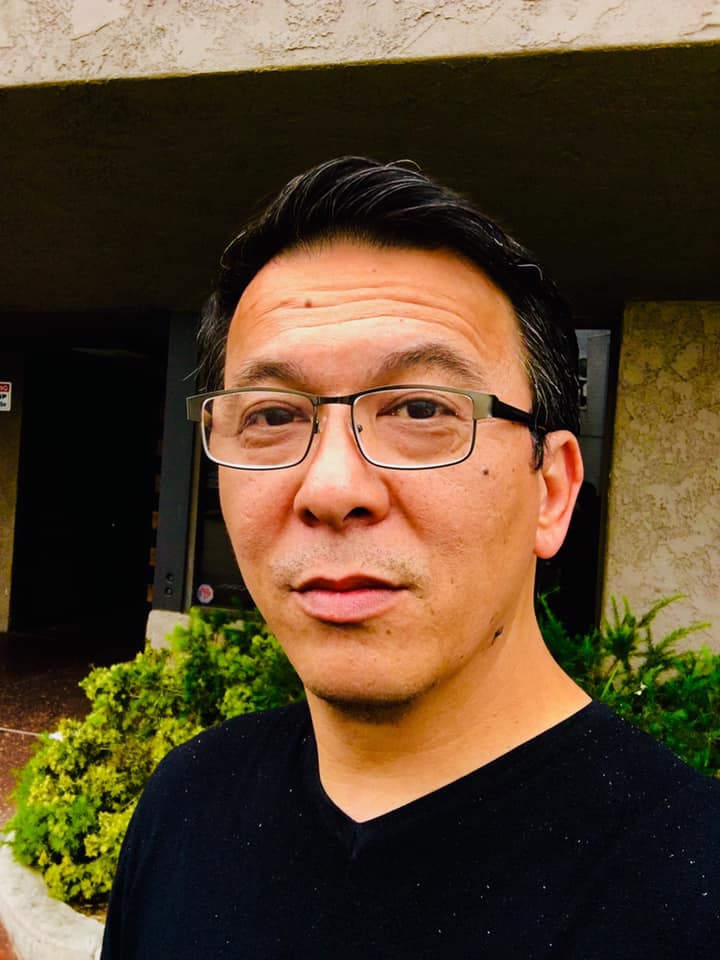 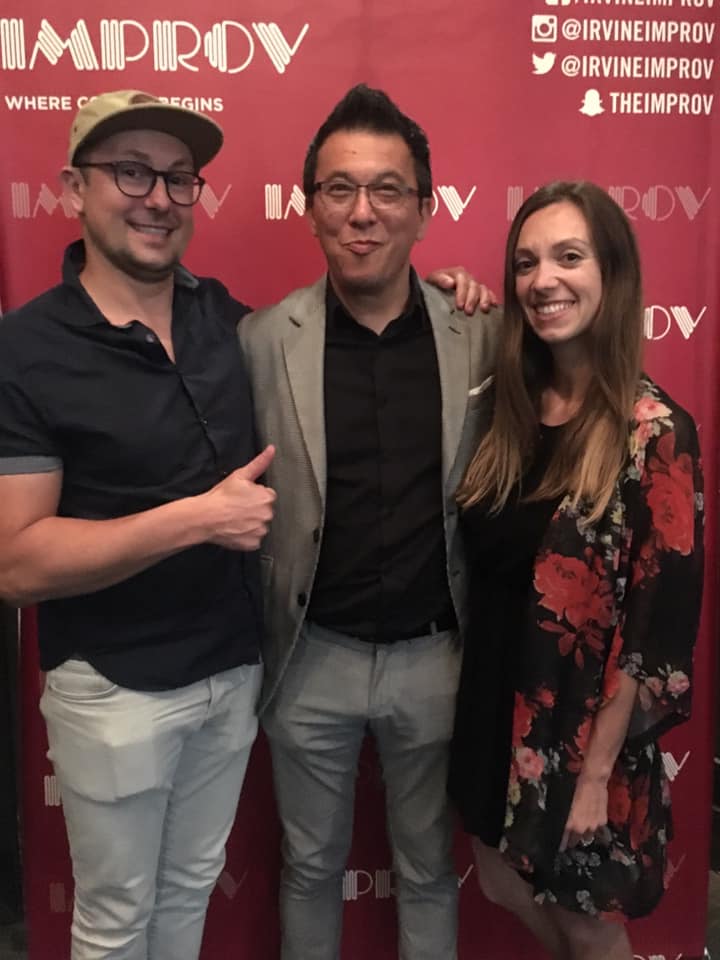 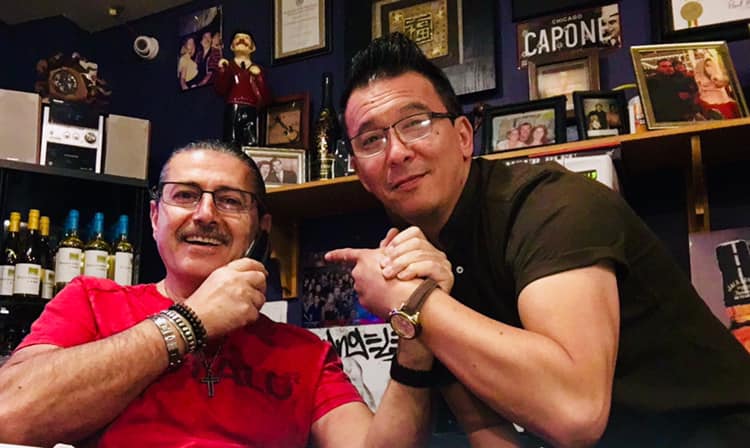 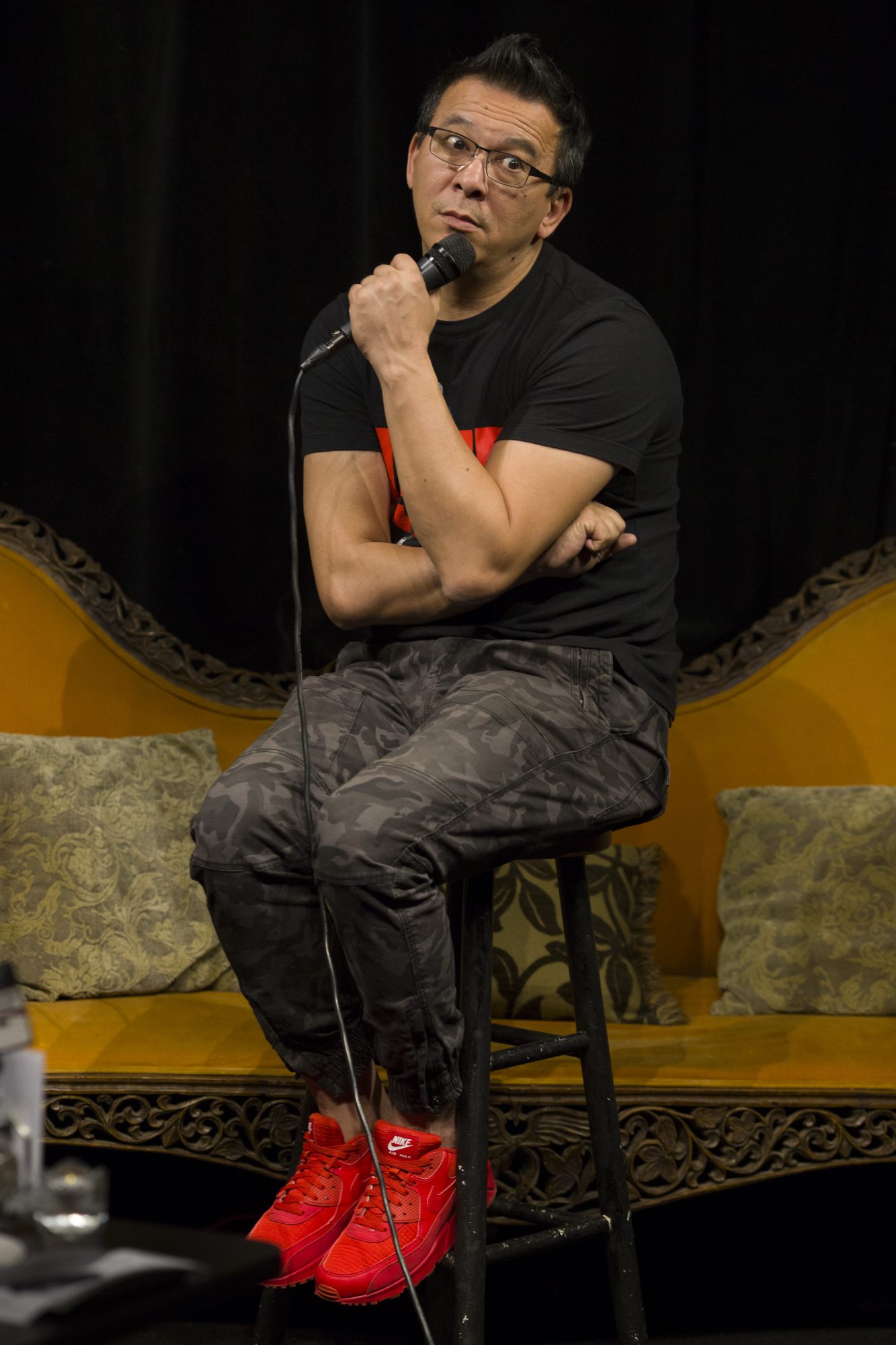 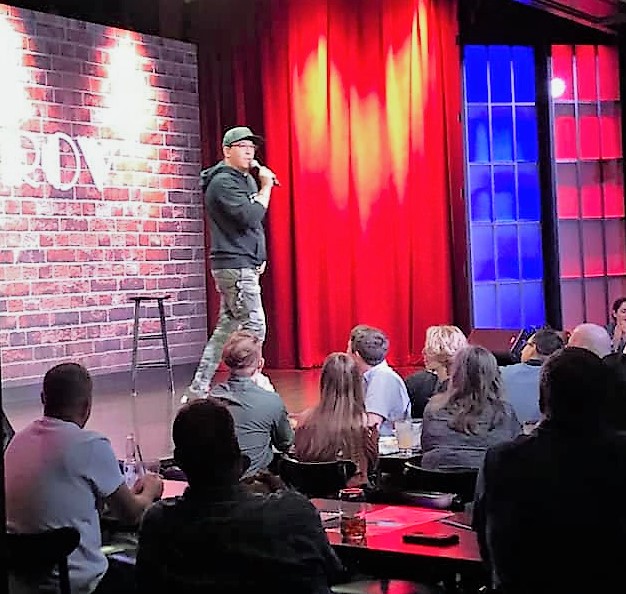 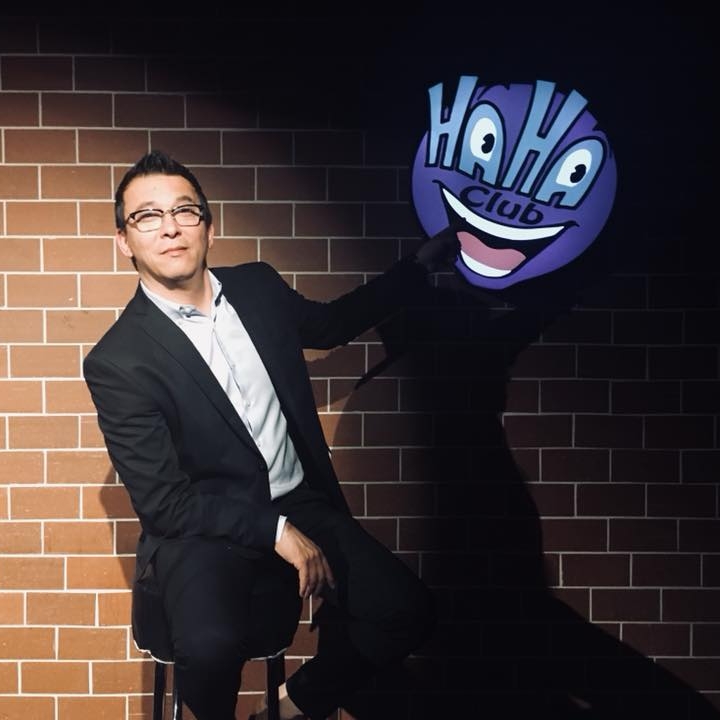 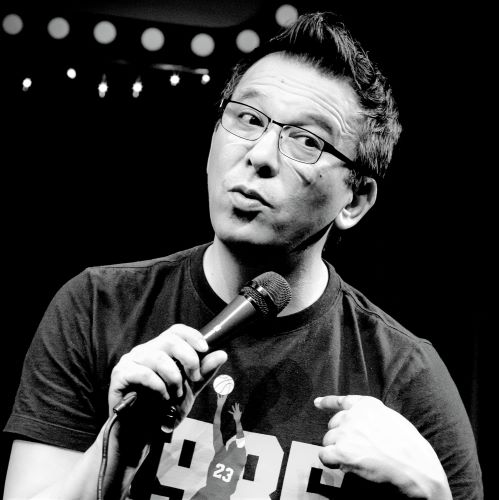