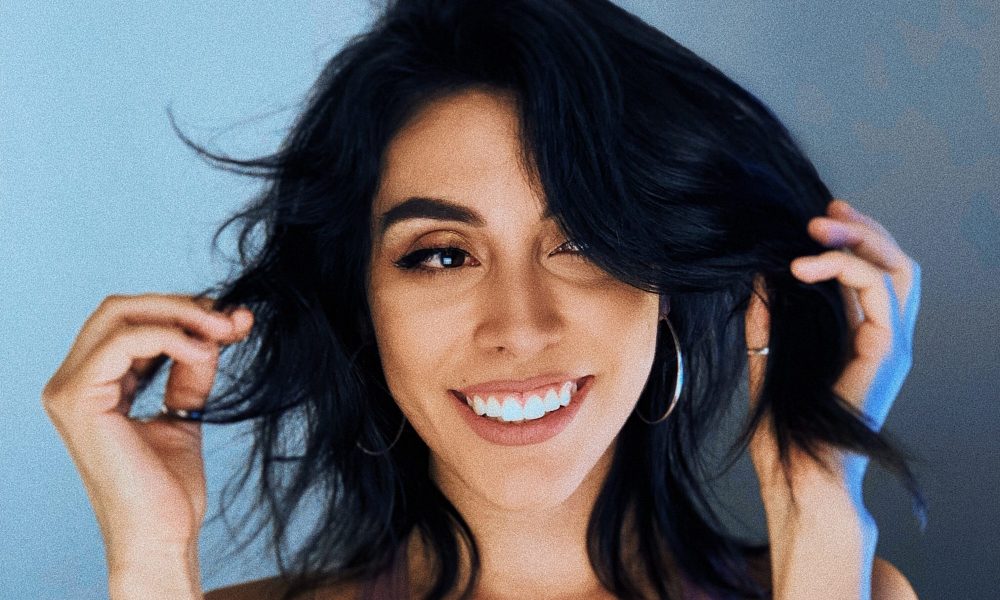 Today we’d like to introduce you to Alexya Garcia.

Thanks for sharing your story with us Alexya. So, let’s start at the beginning and we can move on from there.
For me, it all started in one of LA County’s low-key gems, the Valley, all the way in the cut in Granada Hills. I grew up doing things a little different than other people; I’m an only child so I spent a lot of one-on-one time with my parents, and instead of watching kid shows, I watched Janet Jackson concert videos, Shirley Temple VHS tapes, and a lot of martial arts action films. I distinctly remember my dad and I always going to Blockbuster down the street and him having to peel my face from the window of the Karate dojo next door. He tried putting me into classes, but I cried and ran off the floor straight into his arms my first day so… I tried dance instead and have stuck with it since.

I was a competitive studio dancer and signed industry dancer by 12 years old, which was also the age I joined a girl group called the Fabulous Girls, which was managed by rapper Master P. We ended up touring with OG Disney stars like Raven Symone, Vanessa Hudgens, and even opened up for Ashley Tisdale. I wasn’t much of a singer at first, because I can be shy and quiet at times, but eventually, the girl group and P found out I can sing because they overheard me singing Mariah Carey’s whistle register notes. From then on, they kept pushing me to get on the mic in the studio. We had a hit song called “Butterflies”, which was featured on “Disney’s N.B.T.” (Next Big Thing) show and was popular on Radio Disney.

I eventually couldn’t commit to competing in dance anymore and slowly stopped auditioning because I wanted to focus more on academics and the girl group. When it was time to apply for college, I didn’t really want to go, I just wanted to do music, but my parents said they would support me 100% in my music career only if I graduated college. So, I applied and got into Loyola Marymount University, studied Theatre Arts (specifically acting and costume design), and studied recording arts in the summer. By the time I graduated, the Fabulous Girls decided to disband, but we still talk and keep up with each other. We have love for each other, always. But I decided to try doing my own music, and around this time I started training heavy in dance and martial arts! Best decision ever.

We’re always bombarded by how great it is to pursue your passion, etc. – but we’ve spoken with enough people to know that it’s not always easy. Overall, would you say things have been easy for you?
Hell no. The road wasn’t and still isn’t a road. In fact, it feels a little more like the game Street Fighter. We’re all winners and losers, but I still choose to play because I’m absurdly passionate about it.

When the Fabulous Girls disbanded, I was scared because I didn’t know where to start, what music I wanted to sing, or how I wanted to sound like. I really had to work through my personal doubts and sought counsel from my parents and my music mentor Angie Irons, who musically trained members of the girl group and I. I had to take it day by day, task by task even, and eventually, I realized that what’s cool about doing music as a career is that you don’t have to have it figured out. You can move freely as a person with changing interests. Music is unbiased and loving, but the industry, unfortunately, isn’t.

As a female recording artist, the industry can be a bit tricky and, well, shady… it can be like that in general, but I’ve been harassed for standing up for myself and keeping things professional. As a woman, I’m very protective of what I’ve done for myself this far, and I take my time because I’m not playing with myself, with you, or my music. I’ve learned not to rush into a project with the wrong people. I’m glad I went to college and studied recording arts or I else I would’ve been in some sticky situations, probably having felt that I needed to depend on certain skills of not so cool people. But that’s just me and the type of person I am, I’ve had to develop my “No” vocabulary. I’ve even pulled songs last minute, and I’m talking a few days before its release, because I finally said “no, no more” to a producer. Protect your craft and your humanness, but be light and smile moving forward thanking that lesson. BUT ALL LOVE! Met my closest friends through the music industry so it’s yin-yang.

What do you do, what do you specialize in, what are you known for, etc. What are you most proud of? What sets you apart from others?
I’m a recording artist and action actress in training. I’m currently learning Taekwondo and sword technique, but I specialize in songwriting and dance, specifically hip hop. Recently, a friend of mine, Joseph Le, created an anime fusion series on YouTube called Afro Samurai Champloo, which was inspired by the two animes Afro Samurai and Samurai Champloo, and he asked me to act in a small featured role. The role required me to not just act, but to perform as a recording artist as well. Not only did I get to dance and get on the mic, but I was also able to do some stunt performance too! The series ended up catching wind in the anime community and I’m so proud of Joseph and his production company, Team Red Pro, along with everyone who was in the project and those who contributed to it. It was really just a passion thing, and people loved that.

At the moment, I am most proud of my recent single release, “Be Crew”. It’s my first house track release and I was inspired by Janet Jackson’s “Together Again”. We shot the music video just the other day, and it was choreographed and styled by Ray Basa and filmed/produced by Spaced Visuals. Some of the most amazing dancers that I look up to accompany me in the video and it was the first time I felt I was an accomplished artist who was working with other accomplished artists who happened to be my friends. We’re planning to release the music video late September*, so I’m pretty hyped and can’t wait to release the next wave of music. I currently have pop-fusion music on all platforms, but this next wave just might be more jazz and hip hop inspired.

*”Be Crew” music video is now released and on youtube.

Has luck played a meaningful role in your life and business?
Luck, in my eyes, is like magic. In life and as an artist, I don’t necessarily believe that I’ve been lucky, but rather that I’ve worked hard to open up opportunities. But I think I am beyond lucky that pursuing music and the music industry itself have placed really good people in my life. Being a recording artist, I’ve decided to prioritize the concept of family and roots. I have a group of go-to people who I call my “tribe”, and they range from stunt performers to dancers, filmmakers, and music producers. They’re all friends and family. Somehow, we all flow and help each other despite us all doing very different crafts, and it’s even crazier that all our careers connect and have helped each other along the way. I wake up excited to keep pursuing a career as an artist because of these people. My career has thrived because of them and it’s because they nurture me as a person. Ya’ll know who you are. I’m sure you’re reading this interview and I just want to say thank you and see you soon. 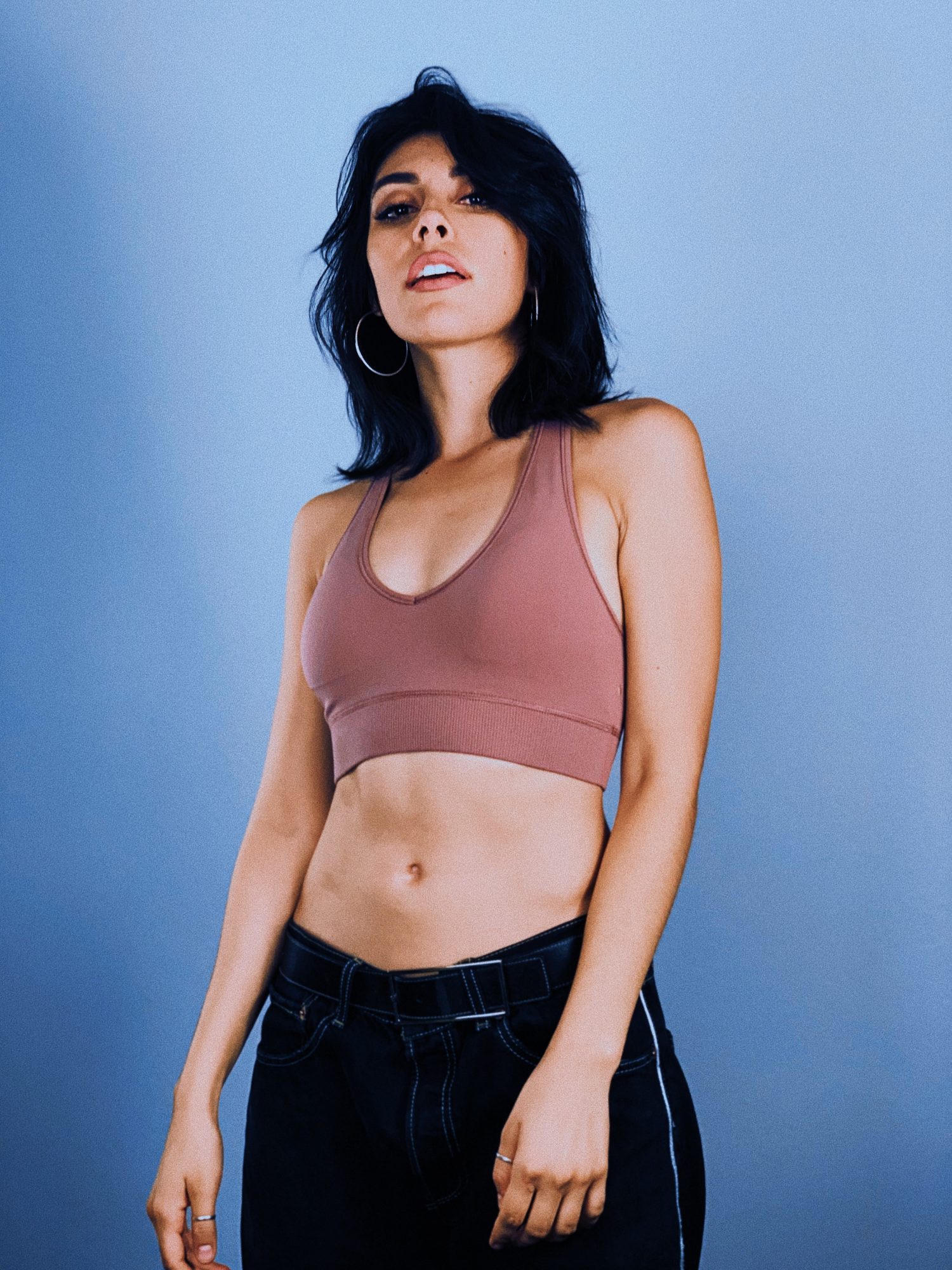 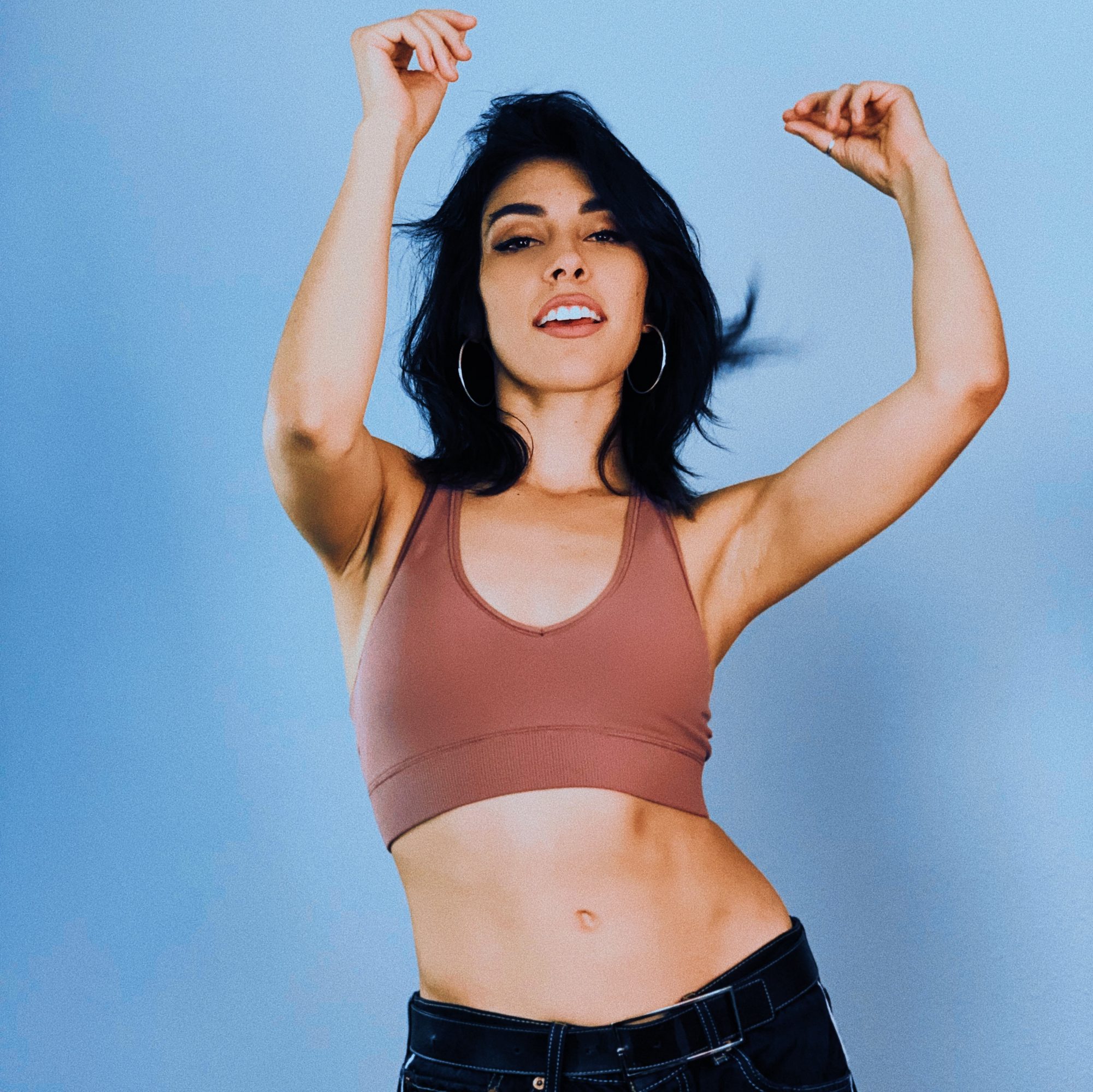 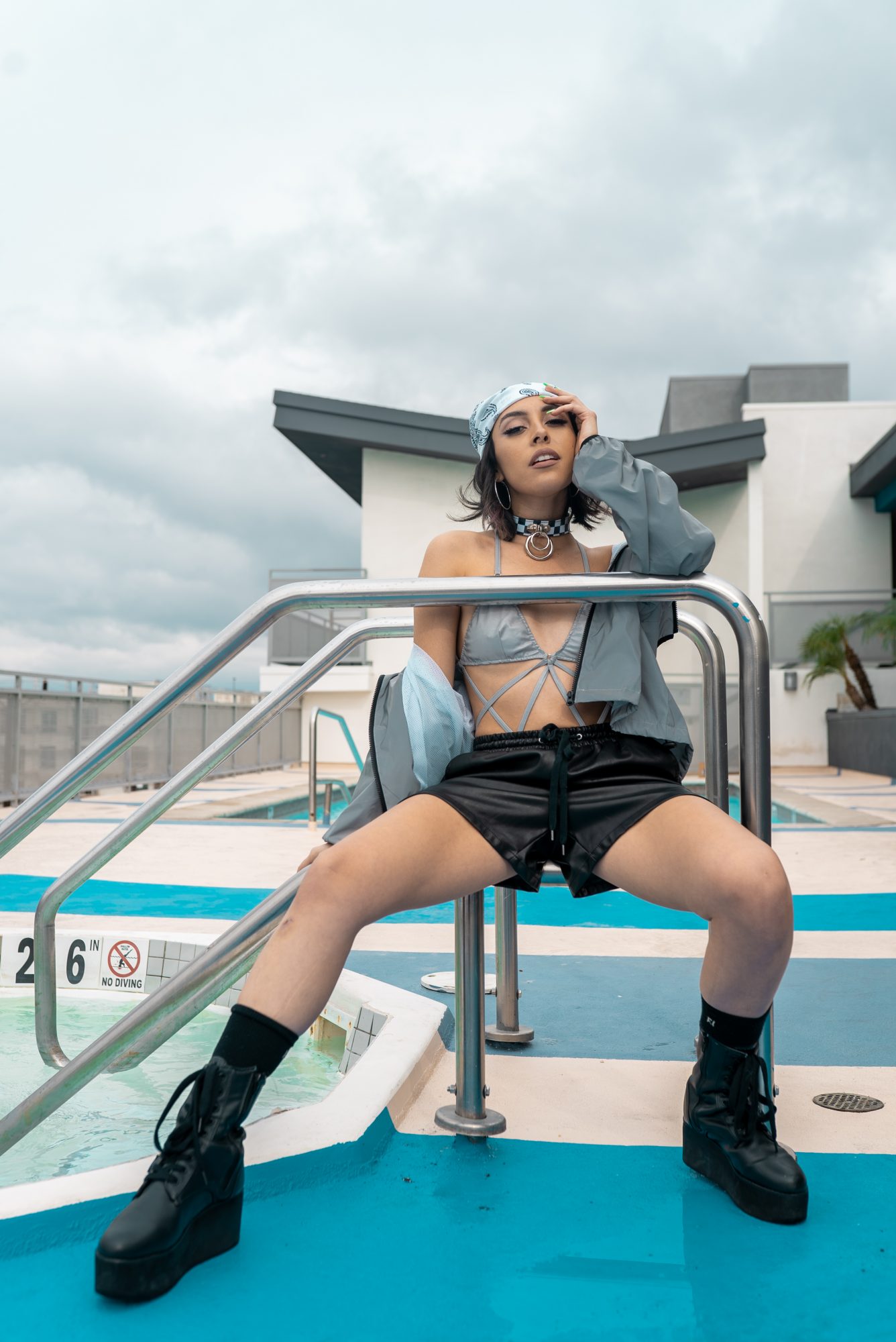 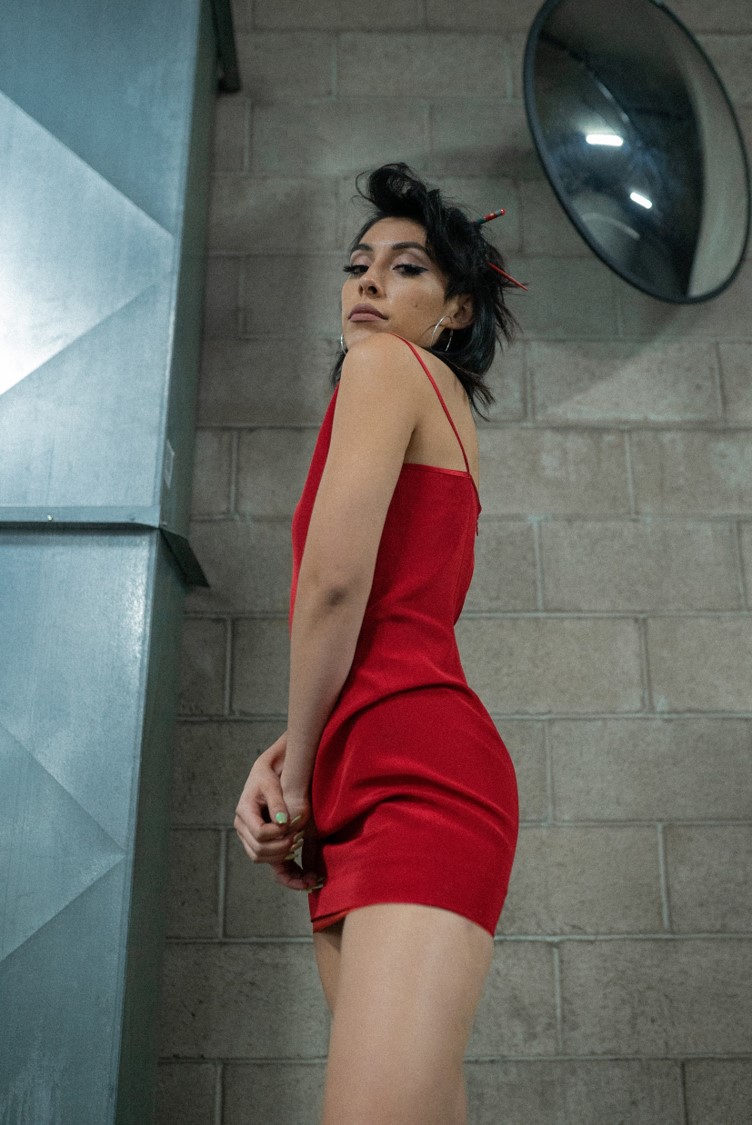 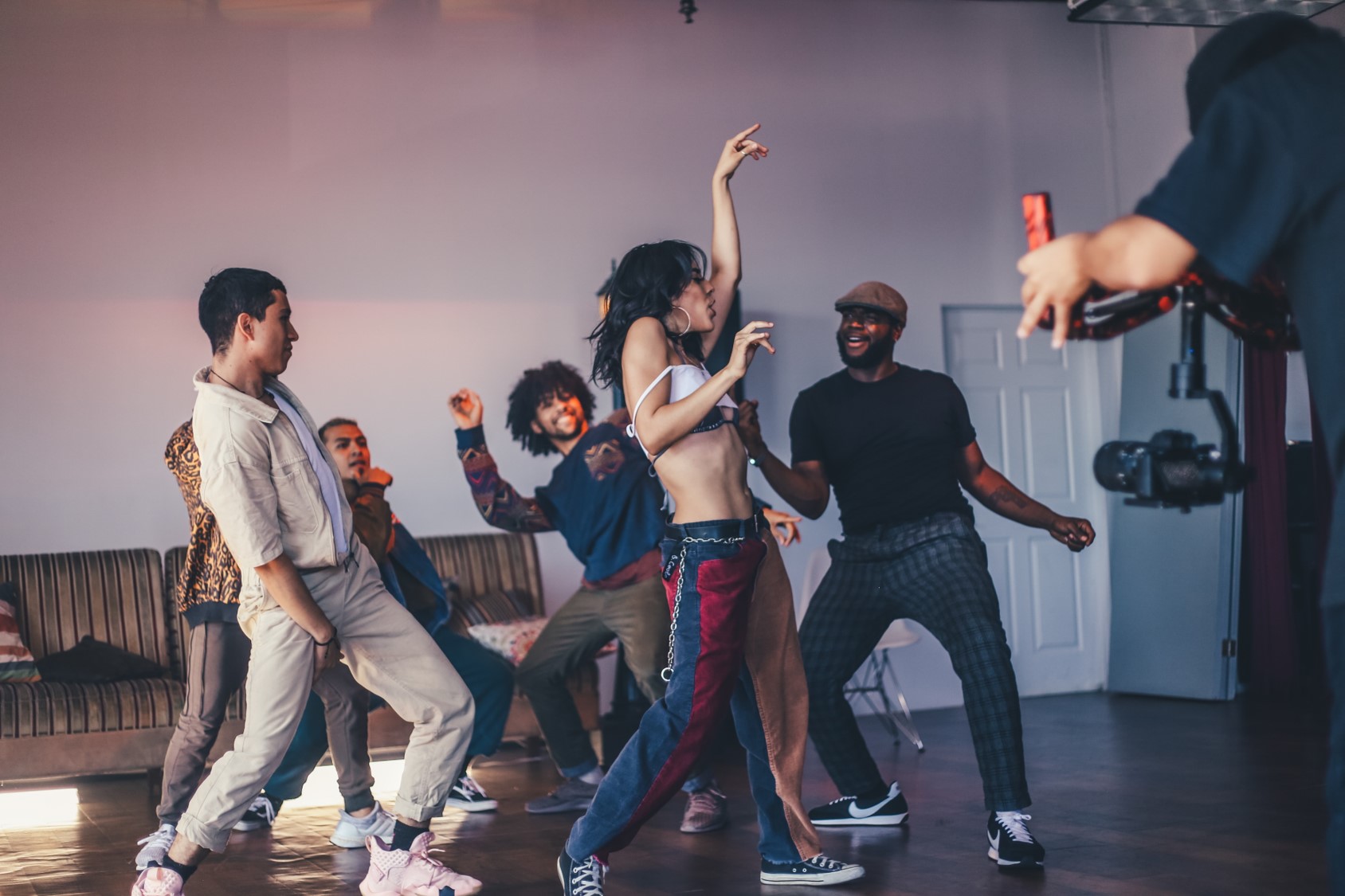 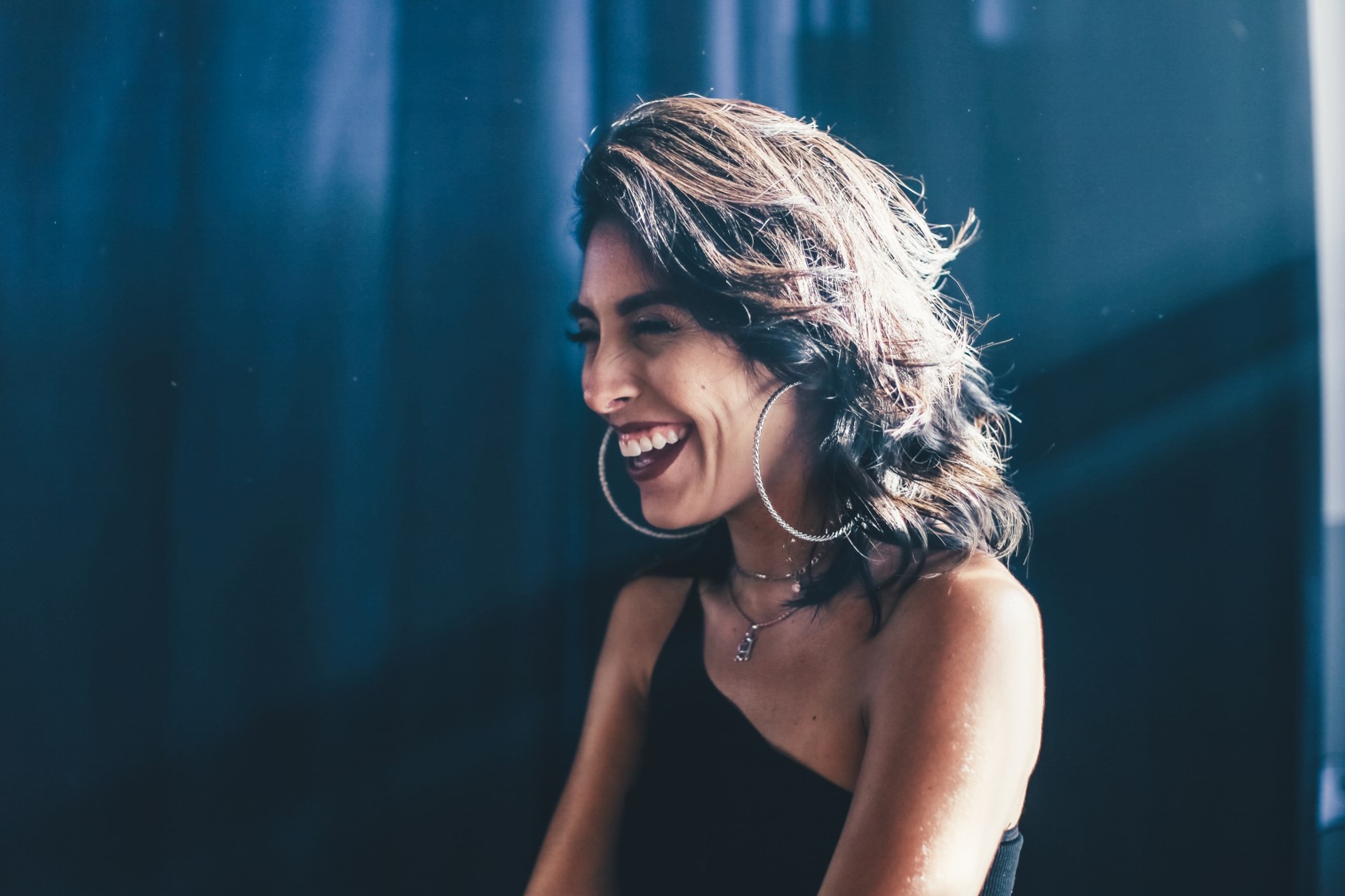 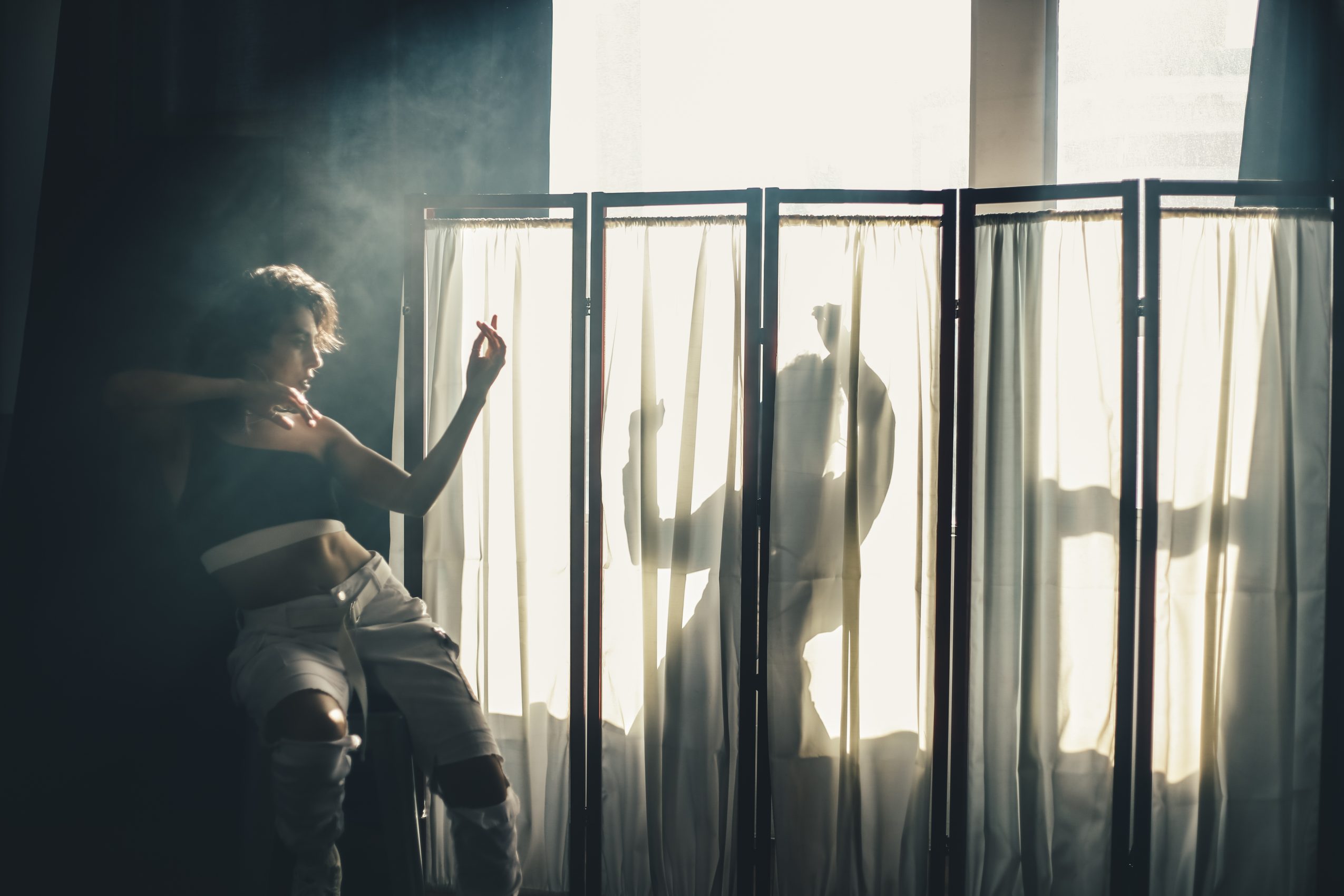