Meet Alexis and Sofia Rosinsky of StellaLuna Films in Venice 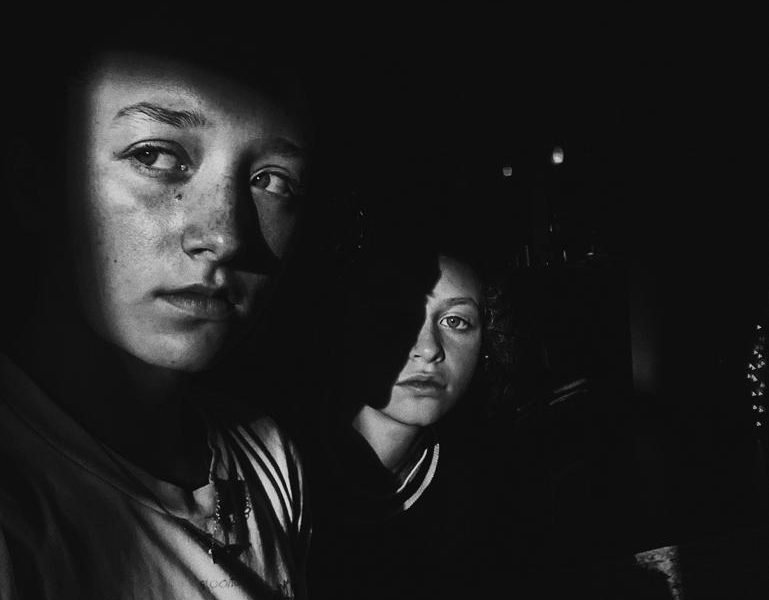 Today we’d like to introduce you to Alexis Rosinsky and Sofia Rosinsky.

Thanks for sharing your story with us Alexis and Sofia. So, let’s start at the beginning and we can move on from there.
Because there are two of us, and I am the youngest sister, I will be writing from my perspective! My sister and I are three years apart, and began acting roughly the same time. Alexis developed a brilliant one-person Shakespeare soliloquy show to benefit a toddler who was battling cancer, and then she took that solo show to the Edinburgh Fringe Festival in Scotland. She had just turned 11.  I had some luck in film and we were able to travel to the most amazing places including India, London, Israel, Tbilisi Georgia, and Azerbaijan.  Recently, I was filming in Canada as Zora, in Disney’s limited series Fast Layne. I also play drums and mandolin, ukulele and banjo, and am working on smoothing out the rougher edges of my singing voice, hahaha! Alexis has a beautiful voice.

But what really happened to change our film goals is that we discovered that we work really well together.  We really  admire Joel and Ethan Coen, The Coen Brothers, and are hoping to follow their lead a bit as siblings. Alexis wrote and directed her first short film FAERY,  in which, I played along with the beautiful and amazing Tessa Ferrer.  Alexis  had such a good response to the film.  She won Break-through Director award at the Hollywood Reel Independent Film festival at Staples Center, and FAERY was also in competition and official selection at the Beverly Hills Film festival in 2018. We are so grateful to these festivals as well as several others for inspiring us to really follow our vision and go forward in an uncompromising way… as far as we can…

Last year we secured the rights to a beautiful best-selling book, The Librarian of Auschwitz, by Antonio Iturbe. You may know the book, it is beloved in so many countries and it deals with the amazing story of Dita Kraus and Fredy Hirsch, who did so much to help the children in Auschwitz. This is a gigantic project and we have a lot of work to do. We are about to launch a crowdfund to give us a little lift at the beginning. We both think that this is the film needed at the moment to remind young people that we are not helpless, regardless of how incredibly dark and bleak things may seem. I think we all are feeling this now and with so many changes in our world we need to remember how strong our spirits are. We can look at amazing heroes and heroines and we can feel that, and find it in ourselves.

We are right now about to film Alexis’ first feature as writer and director, and I will also act in that one. It is set in London in 1965 and I think it will be wild. But Alexis is not acting in that one, although she just won several best actress awards for a tough drama titled Lost Fare, directed by Bruce Logan.

Oh! And she has just finished a beautiful short called Nowhere To Go, directed by Julie Pacino, who is an amazing director, which will be in festivals soon! The screenwriter, Sheri Sussman is incredible, and she was also so kind as to give me Associate Producer credit on the film.

So the bottom line for us is that we are both actors, Alexis is also a writer and director and I do hope to write also… but I am our producer. Alexis edits and is learning the ins-and-outs of editing from our mama, who edits as well.

Overall, has it been relatively smooth? If not, what were some of the struggles along the way?
Hmmmmmm…. considering how deep the water is… I have to say, and I know Alexis agrees, that although we really do work hard and have given up a lot of the free time that we would have had, we are incredibly lucky.  So, smooth road! Yes! of course, some hard times and tears and failures, but if you love what you are doing, then isn’t it always like that?  We are grateful beyond words.

The main struggle has been when the family is separated by filming, and that is just a sort of… missing family thing. It is hard to be away from my sister when jobs take us to places apart, but we have also gotten to travel together and that is  an amazing gift to us. Recently we were able to visit four countries in three weeks and see remote places that I could have never dreamt of before. We meet people in these places, and we love to meet people. We stay in touch with any of them who want to stay in touch with us. We still write to people we met in Mumbai when I was 7, and I mean we write all the time!

Of course, there have been roles and projects that haven’t worked out, and trying to figure out how to be taken seriously… as a very young sister-filmmaking team is tricky… but we aren’t going to give up easily.

Alright – so let’s talk business. Tell us about StellaLuna Films – what should we know?
Alexis and I are both actors. I was in the Johannes Roberts film, The Other Side Of The Door (and I was very fortunate to receive best actress from Young Artist Award and Young Entertainer Award).

A Wake, was a groundbreaking film directed by Scott Boswell, currently on fest circuit, as well as a few other films and television.  Alexis and I were both in the beautiful short film Dazzle Beast directed by Ryan Goble.

Now Alexis has won a ton of awards for her role of Freda in the true story film, Lost Fare, directed by the amazing Bruce Logan.  She has several unreleased films which I probably cannot mention! But as director she has had three films in competition festivals, several awards for directing… and we have four projects in development.  But right now,  other than the London film we are about to shoot, our main focus is the Librarian of Auschwitz. Although I am producing the film in conjunction with Yan Fisher-Romanovsky, Alexis will be playing the role of Dita Kraus. It was amazing to meet Dita and to see how alike she and Alexis are. This film, or maybe limited series, will be the most important gift we could ever give, I think.

We have started our own film company,  StellaLuna films. We did have a few other names when we started… but we think this one will stick.

What sets us apart? Well, we are sisters who absolutely intend to stay working together forever no matter how rough it gets. Again, we look at the Coen brothers…and we think…. well, they did it! Also, we are young and driven and I just don’t think we will stop. We will learn,  and hopefully get more informed and educated and skilled… but that seems like it will be the joy of it all.  Ideally, at the end of the day, we really want to make people laugh and hopefully,  think,  and if we are really lucky, we hope we can change some minds for the good.  I am all over the map with my comma and italic use!

Any shoutouts? Who else deserves credit in this story – who has played a meaningful role?
Our mother, K. Louise Middleton, has taught us about acting, she was, and although she denies it, is still an actor.  She studied with Sanford Meisner and he liked to call her “the crying girl.” But she taught us how not to act. How to “live truthfully under imaginary circumstances”. He was an amazing teacher and even though he was gone before we were born, we feel like he guided us, and we respect his technique, which is really, just listening to the other actors and being in the moment.

Our grandparents are our rock. They support us no matter what even though they know how hard this can be and we love them.

Our father is an amazing world-class violinist and we ….hope…. that we have learned some musicality from him! He is beyond supportive by the way.

AND my Aunts, do everything to try to keep us grounded and to also help.  Our Aunt Susie is a gorgeous clothing designer and everything we have ever worn on a red carpet Susie has made. Aunt Jenni reminds us to not neglect our education!

All of our friends and family have been there for us. Again, we are just really fortunate in this. 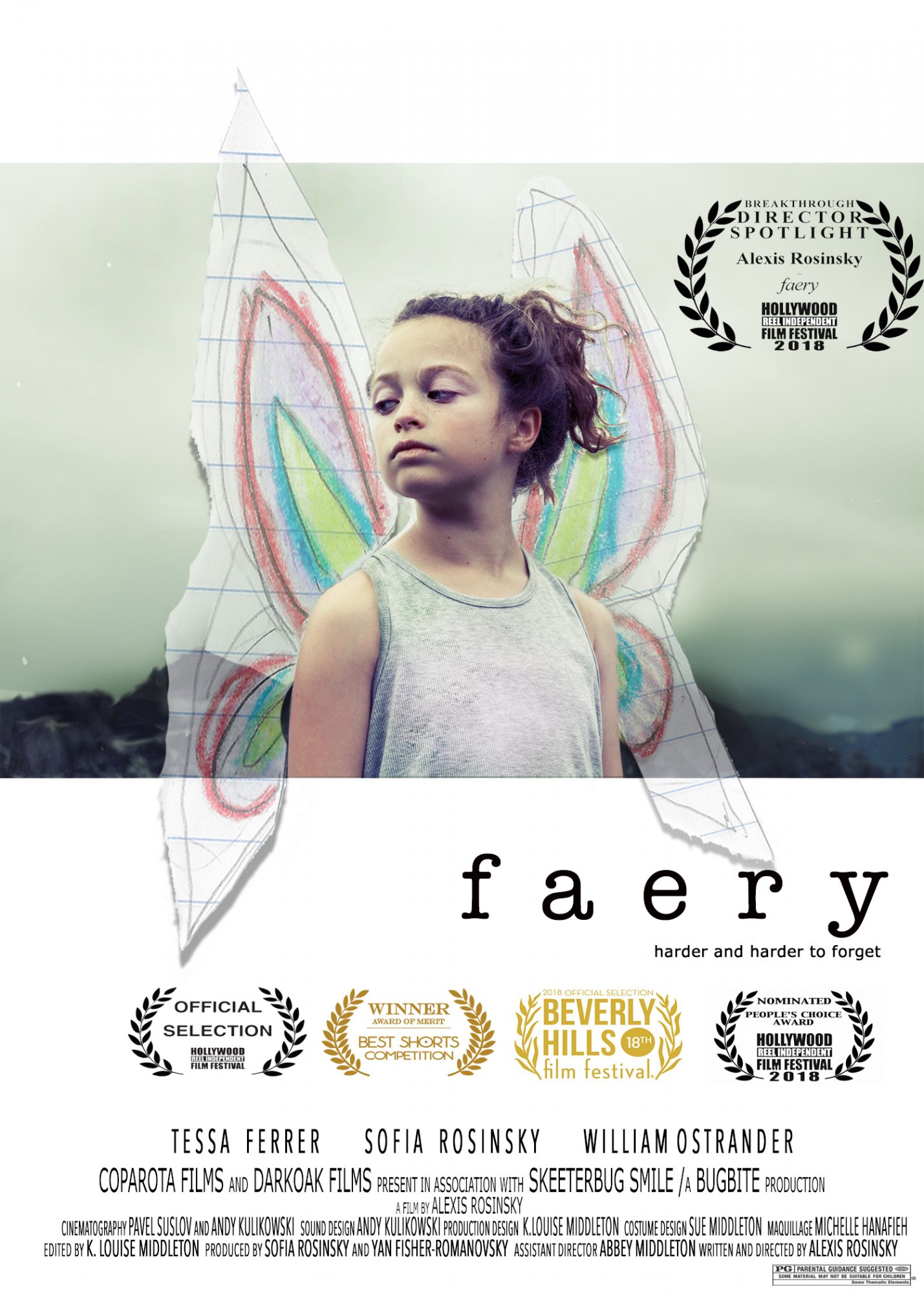 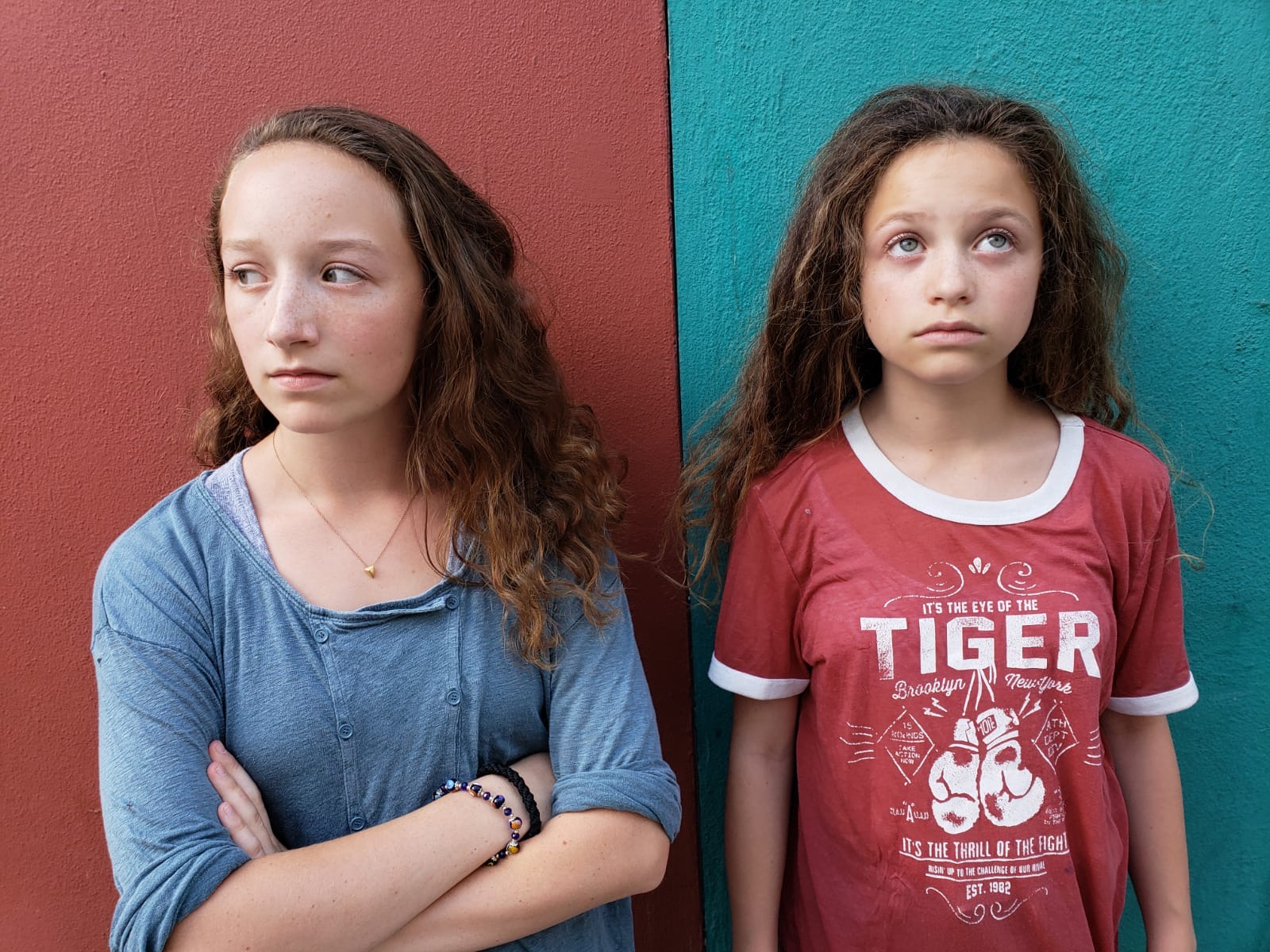 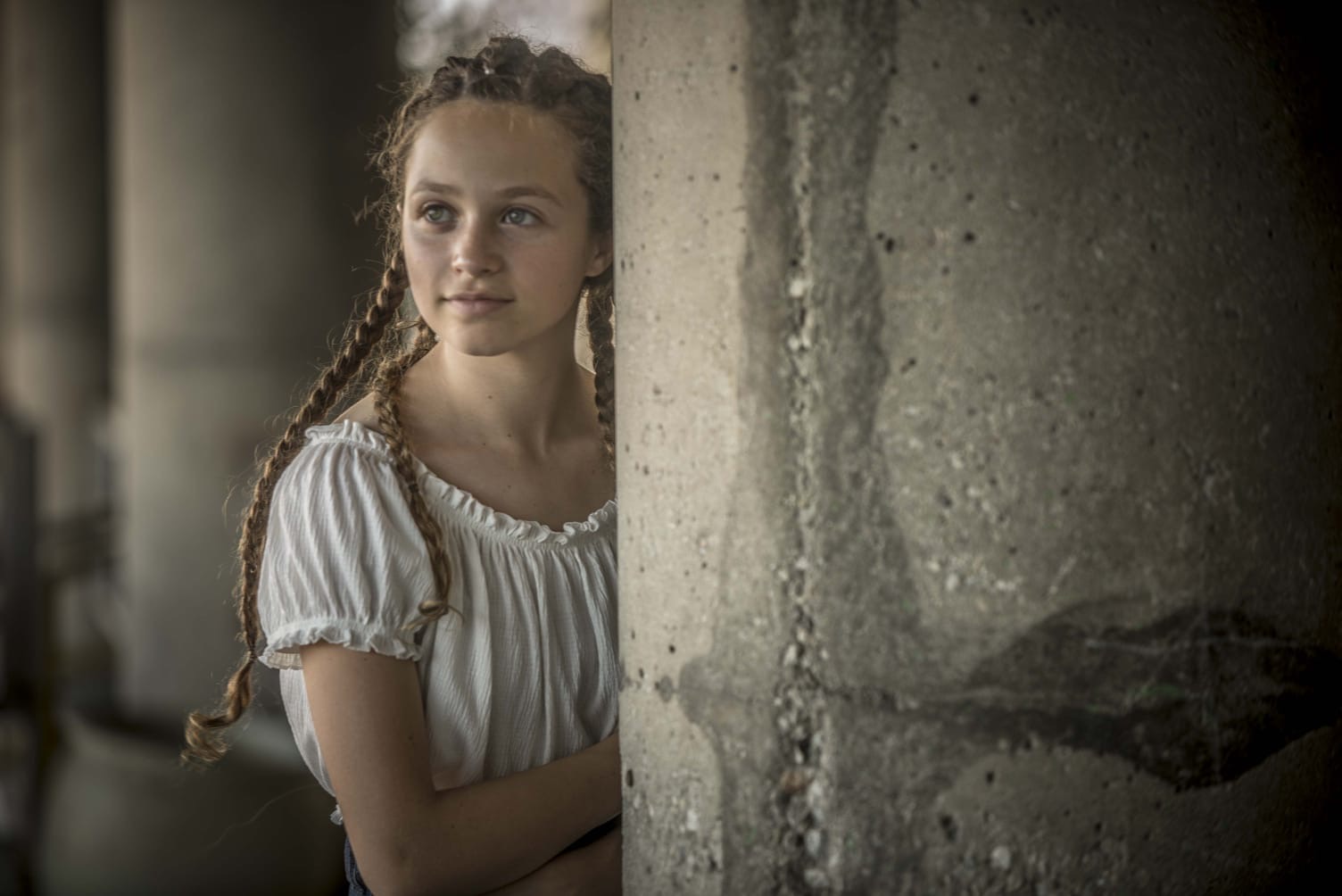 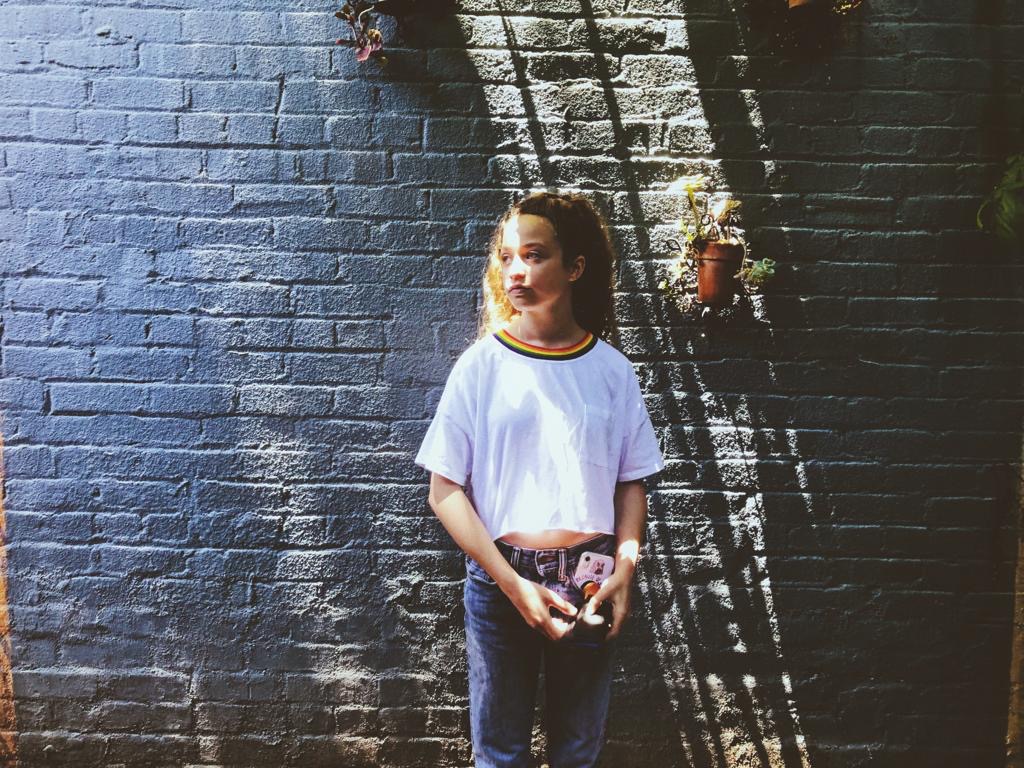 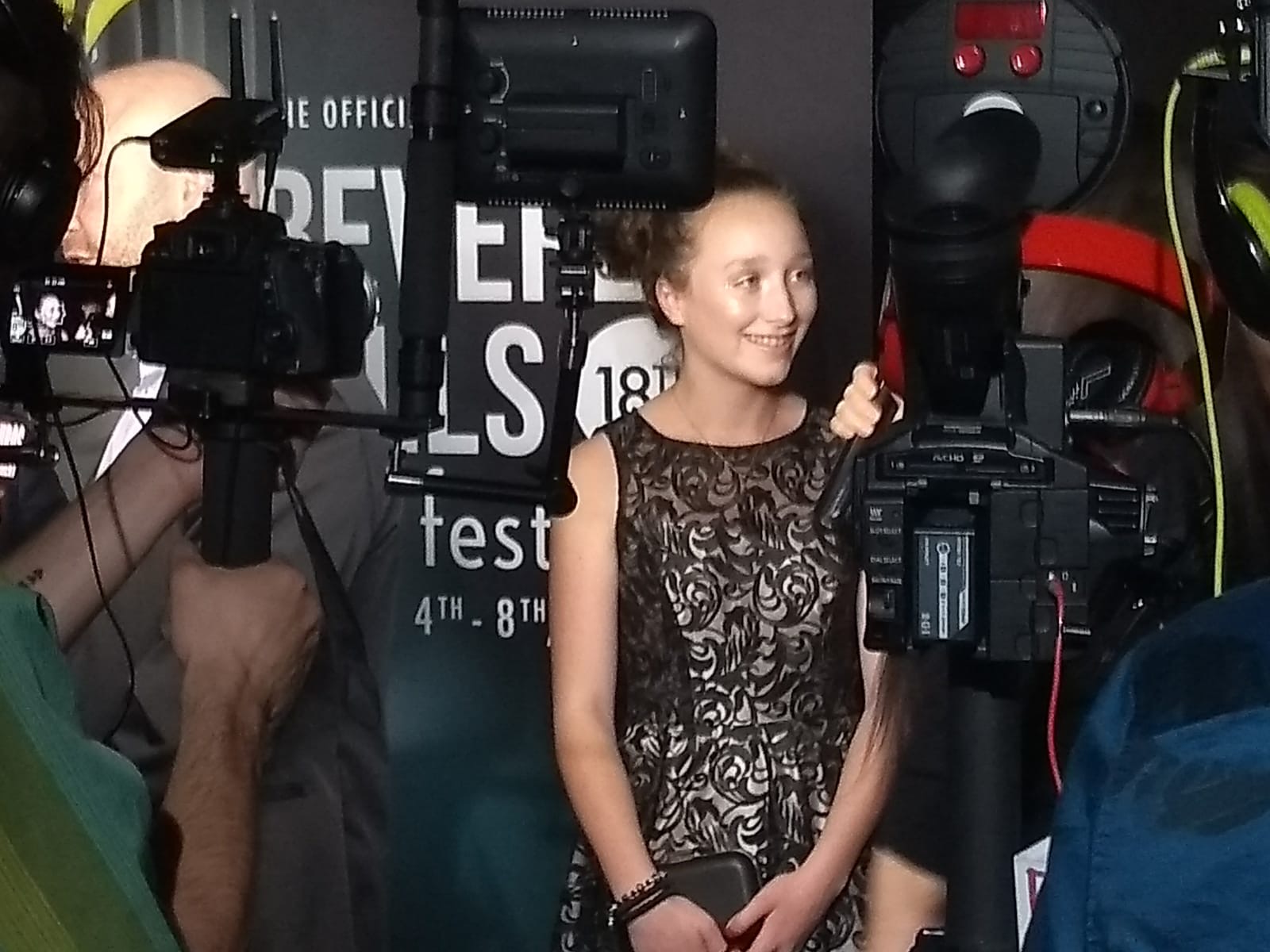 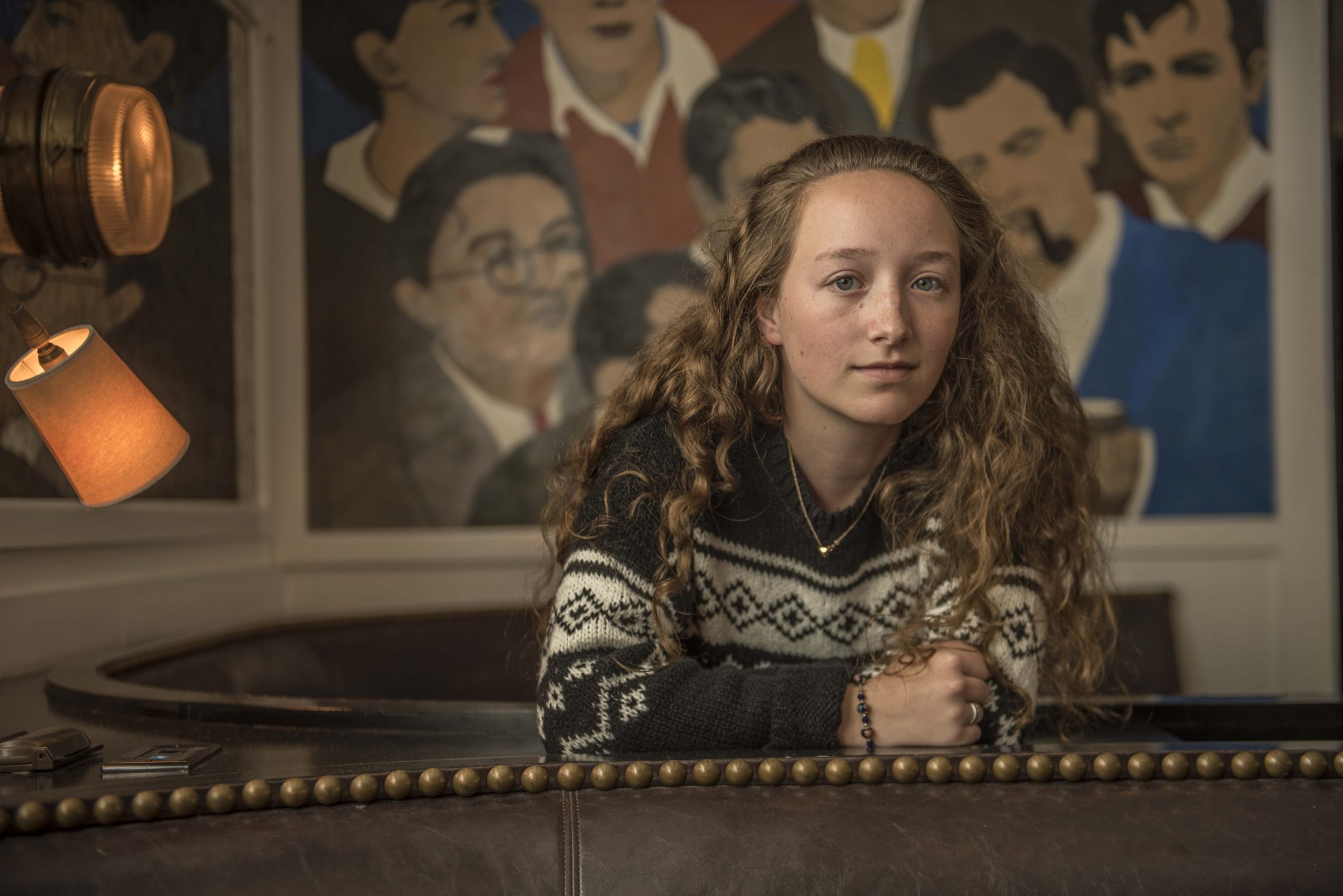