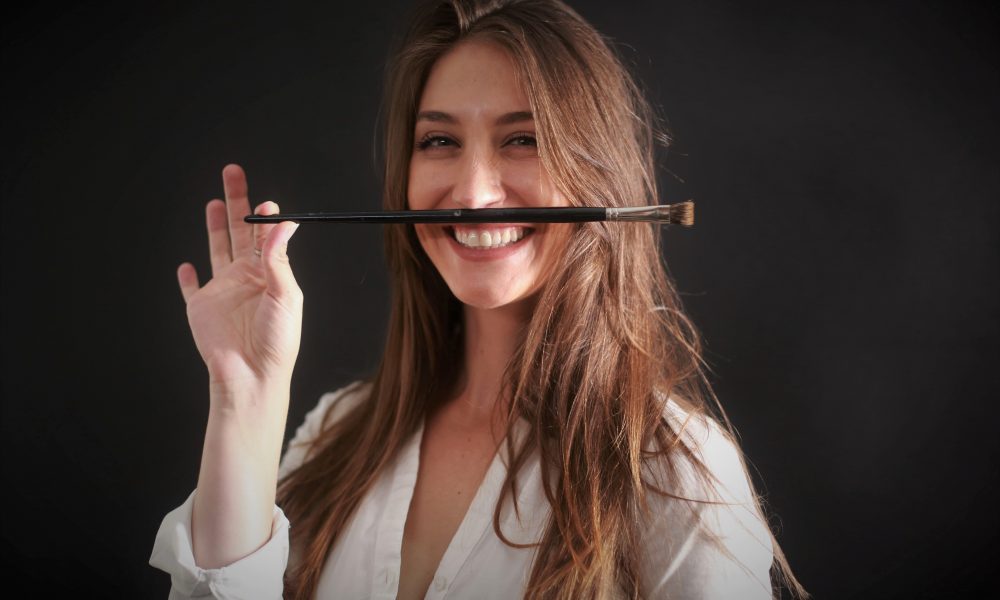 Today we’d like to introduce you to Alexis Meraki.

So, before we jump into specific questions, why don’t you give us some details about you and your story.
I’ve admired fine art and animation since I began acquiring memories. I’d watch the Disney animated classics just to pause at each frame to study the linework of their artists when I was seven years old. I then got into studying comic book art when I was 11. My favorite thing to do was drawing characters I knew and loved but also began growing a passion for going thoroughly in-depth with my own character creations and their biographies. I was only five years old when I began turning my drawings into full-blown “comics”/stories that I’d create (each one filling up at least a ream full of printer paper) and I haven’t stopped since! Because of my love for storytelling through a visual medium, when I was in high school I began leaning more toward wanting to be a filmmaker. I began my art business by purchasing every color of Jacquard Fabric Paints and doing custom fan art denim jackets for fellow fanboys/girls! It took off so quickly. I wasn’t expecting it. People love them and I’m even surprised at what I create in the process. And now, there’s so much more I’m going to be offering in the coming year that I’m so excited to experiment with and create!

We’re always bombarded by how great it is to pursue your passion, etc – but we’ve spoken with enough people to know that it’s not always easy. Overall, would you say things have been easy for you?
When I was around 17 years old, I began drawing less because of insecurities that revolved around my ability to stand out as an artist. Regretfully, I also began to listen to peers (and even teachers!) who told me being an Artist wasn’t a real career and wouldn’t bring in very much money. Listening to such horrible advice these people mistook for wisdom is something I wish I could take back every day. I just don’t think I was around enough creative people who understood my fiery goal for a free-spirited, unconventionally colorful life as an artist. I began to buy into the belief that working at a corporate desk was everyone’s best interest and so leading up to my mid-twenties, I was feeling an enormous void in my life. While I went to college for filmmaking and while it was extremely fun and exercised some creative muscle for me, it wasn’t fully filling this void. I needed something with no boundaries or restrictions, something I was in complete control of creatively.

Then at 27, I hit the lowest low in my life mentally and it’s so far been the biggest hurdle of my life. I do believe that because I feel things so strongly, suppressing emotions and having to pretend I was doing everything I wanted to be doing really led me to that low point. But it was overcoming that low point that catapulted me into an incredible metamorphosis. A flame that was slowly dying suddenly burst into a wildfire, waking up the artist that refused to stay dormant. Since then, I’ve devoted my priorities on studying fine art, writing (both prose and screenplays) and building a business model with a sustainable future; creating things I want to create and trusting there will be an audience for it.

So, overall, things have definitely not been easy. But I do believe that going above and beyond and working toward something you really want, especially when it’s unconventional compared to the goals of the people around you, is never easy. I am fortunate for a lot of things and opportunities that presented themselves before me throughout my adult life and I will say that you’ve got to get out of your comfort zone to have those opportunities become available to you.

Alright – so let’s talk business. What else should we know about your work?
My business is still being developed. I have a lot of ideas of where I want it to go and what I want it to offer people. For now, the main thing I’m specializing in that the actual business offers is custom, hand-painted clothing. The most popular thing being ordered are denim jackets. With my love of film and pop culture, it’s been really fun connecting with fellow fanboys/girls and creating something with their favorite characters to wear. So far, every piece I’ve done for someone, I’ve wanted to keep for myself! Each jacket is unique. They’re not mass-produced or printed, so people are getting something tailored to them that no one else in the world has. And that’s always such a cool thing to own. I’m really proud of myself for how the products have turned out. The first one I did was a ‘Scream’ jacket for a friend and I was so nervous that it wasn’t going to turn out because I had never painted on denim (or any clothing) before. And when it was finished, I was blown away with how amazing it looked. I thought, “Wow…I’ve got to keep going with this.” And that’s what I did! I’ve been getting multiple orders back to back and finally set up a website for people to order/pay directly which will launch soon. I think what sets me apart from others is the quality of work and the type of paintings I’m doing. When I started doing custom jackets, I did a lot of research trying to find artists who did the same thing. I was surprised because I couldn’t really find too many people painting stuff like the Joker or images from a cult film on the back of a jacket. And when I have found people that paint on jackets at all, I’ve been happy to find that mine is up to par with competitors.

Aside from the custom jackets/shoes, I’m going to start putting up original artwork in a traditional and digital form. I’m really excited for people to start seeing some creations from this twisted head of mine instead of only fan art! My business is still in its very early stages but I have no doubts that it’ll grow into something fantastic.

Has luck played a meaningful role in your life and business?
What’s crazy is, I wouldn’t have been able to put so much time into officially starting a business if it wasn’t for this pandemic! I’d probably call that luck – all in the timing. It granted me unlimited time at home for some months, where I spent every waking hour drawing, painting and writing. I’m so grateful that I was able to turn such a dreadful time for the world into something so productive for my own life. Everything just kind of lined up perfectly in other aspects of my life that just opened this door wide open for me. 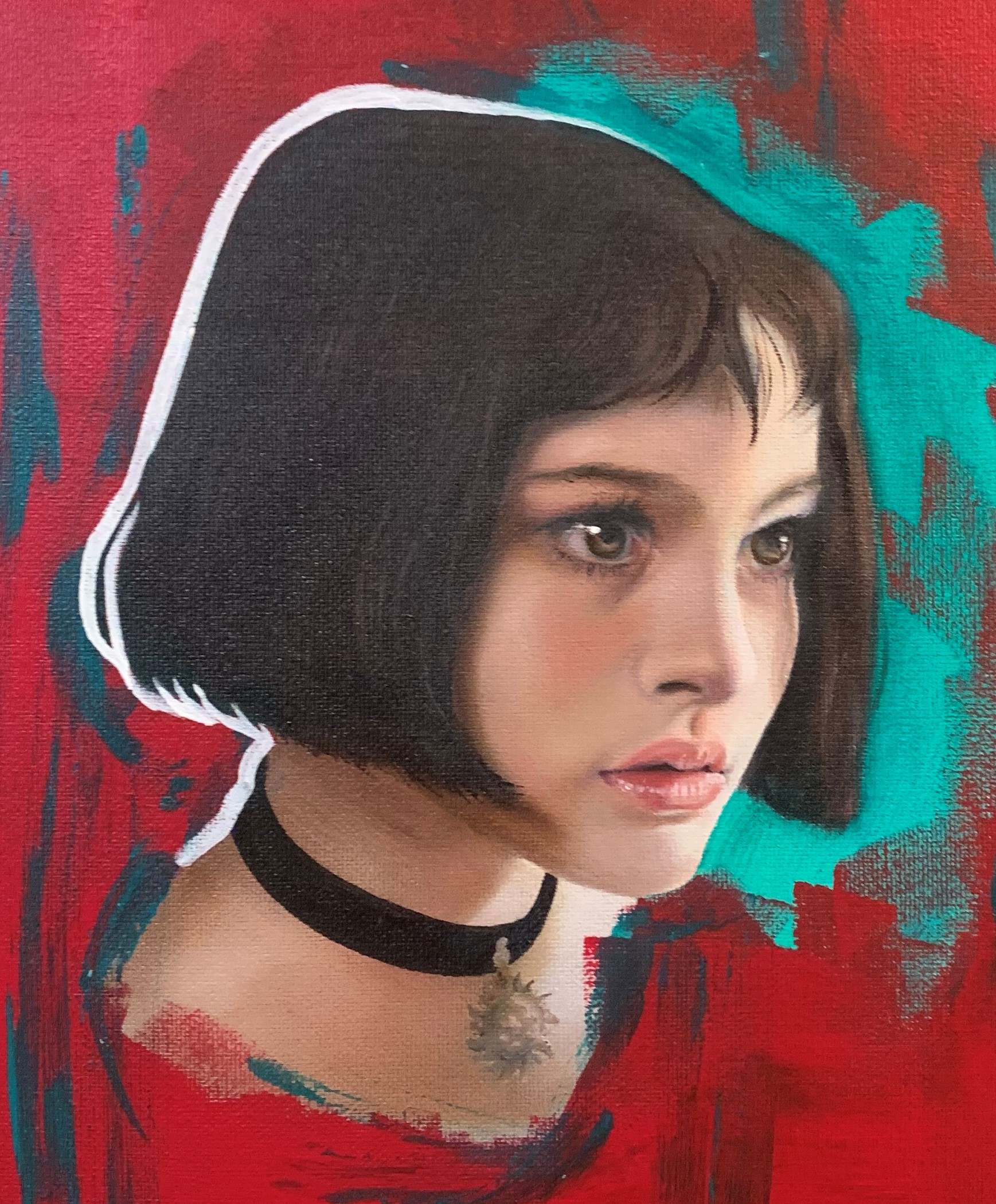 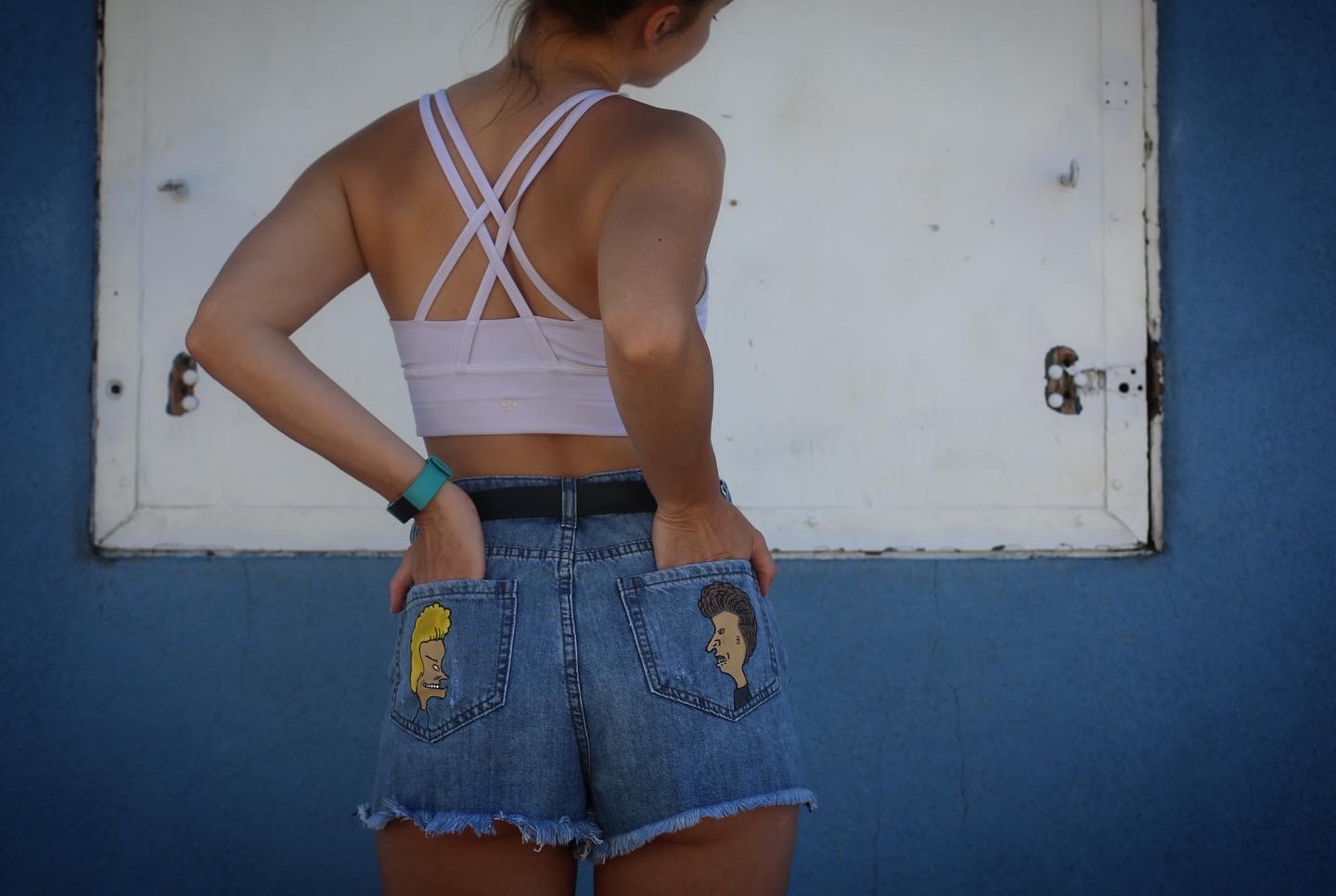 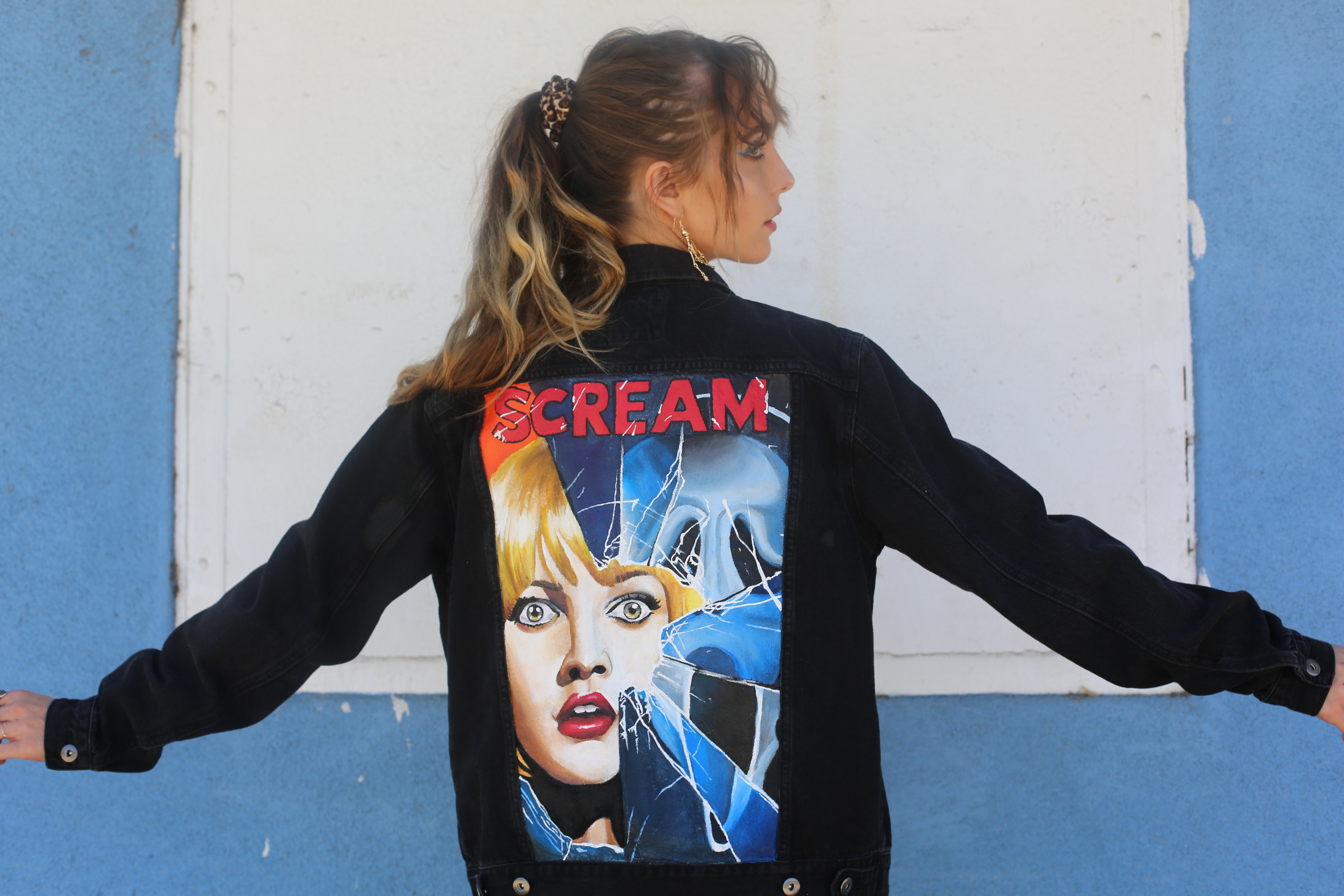 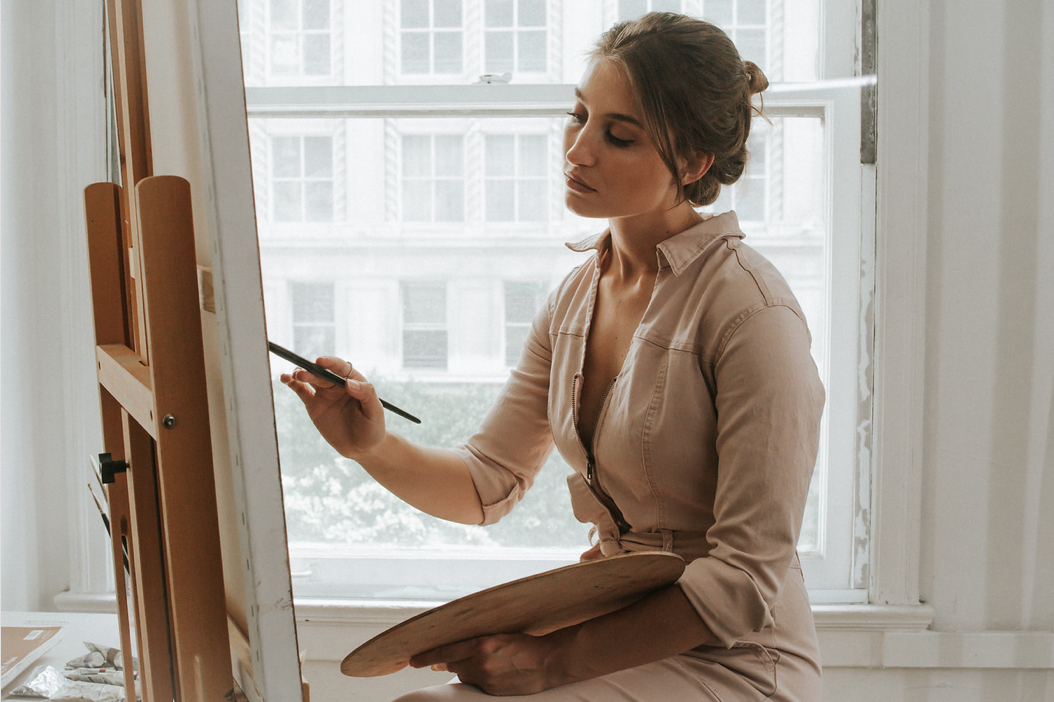 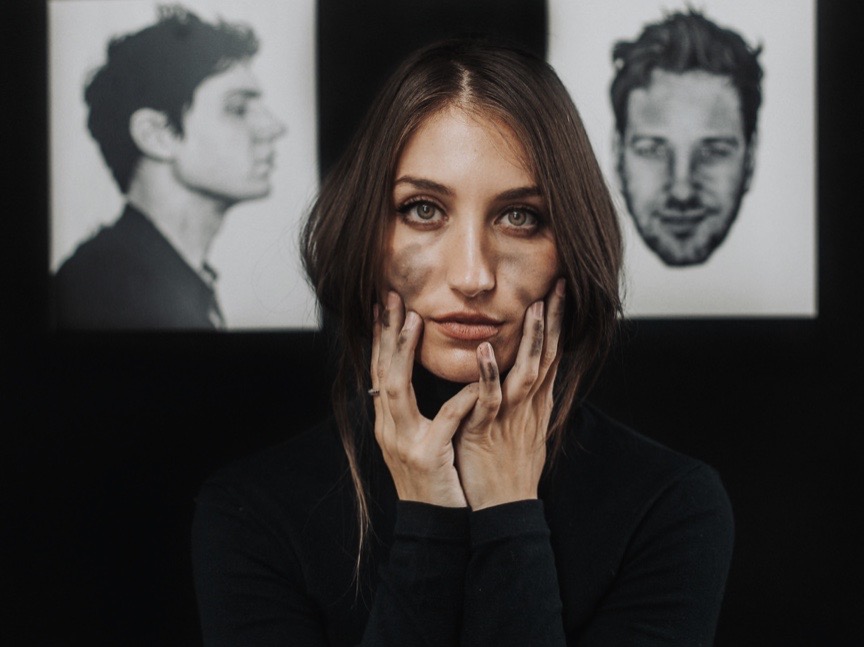 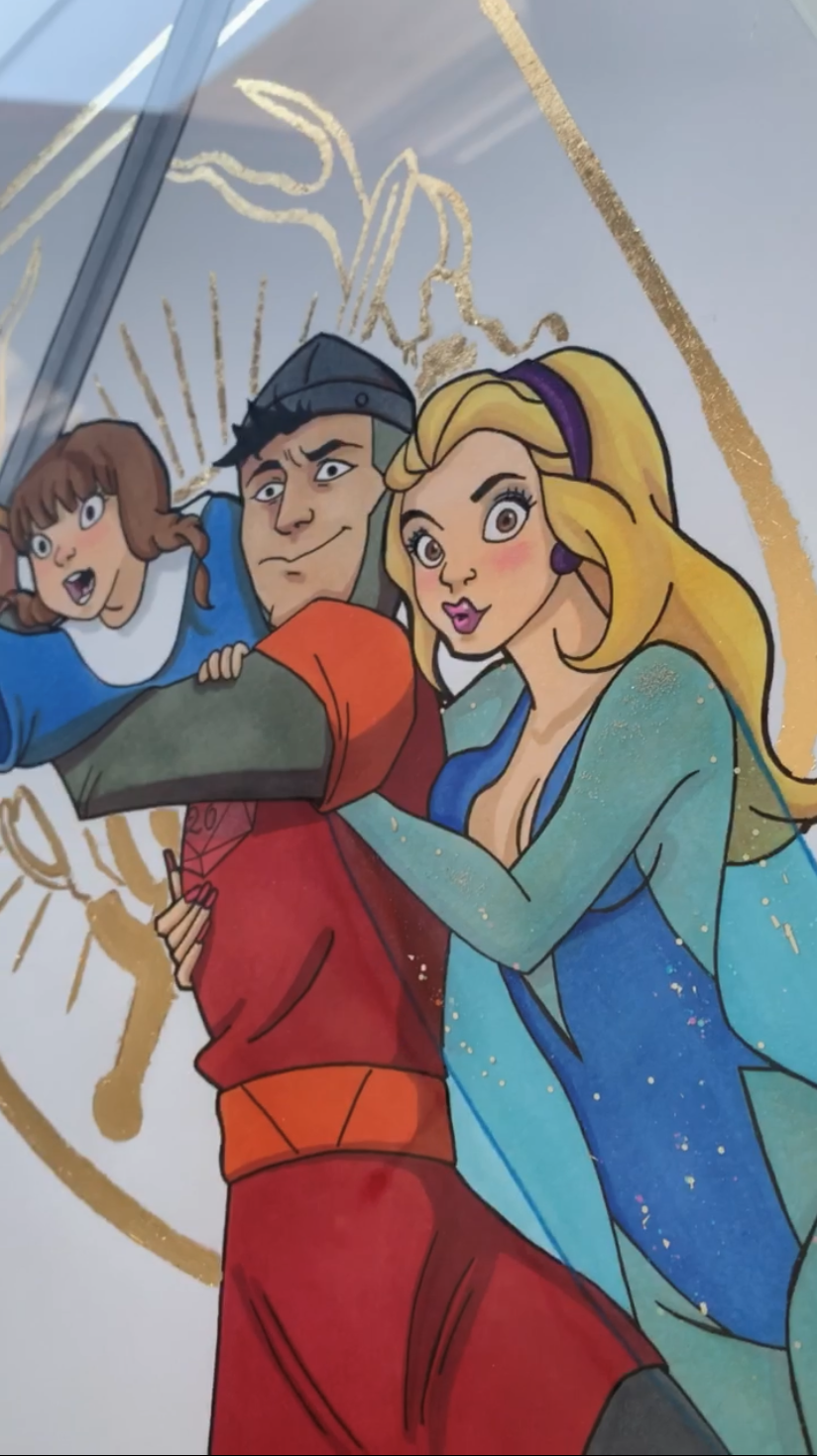 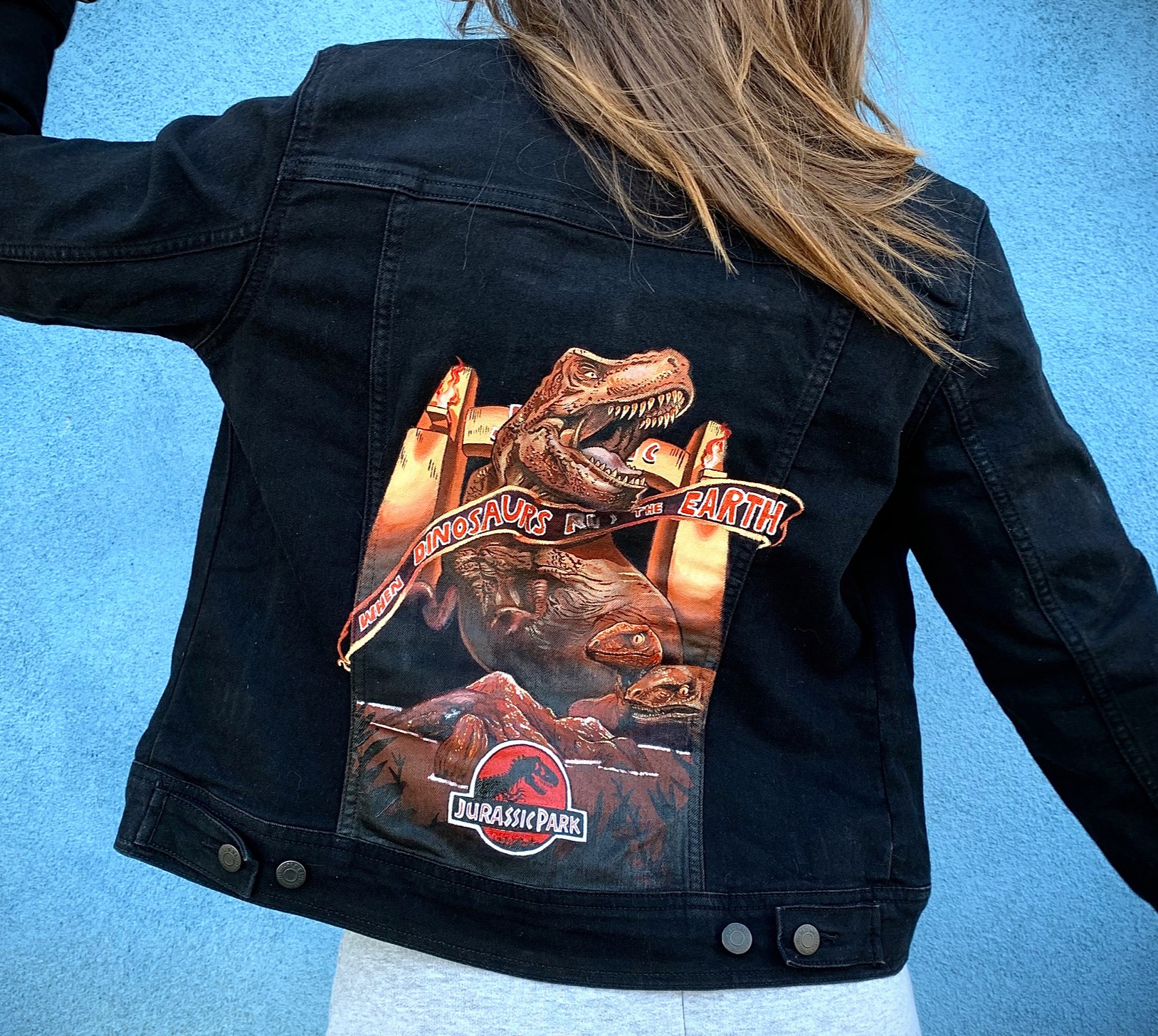