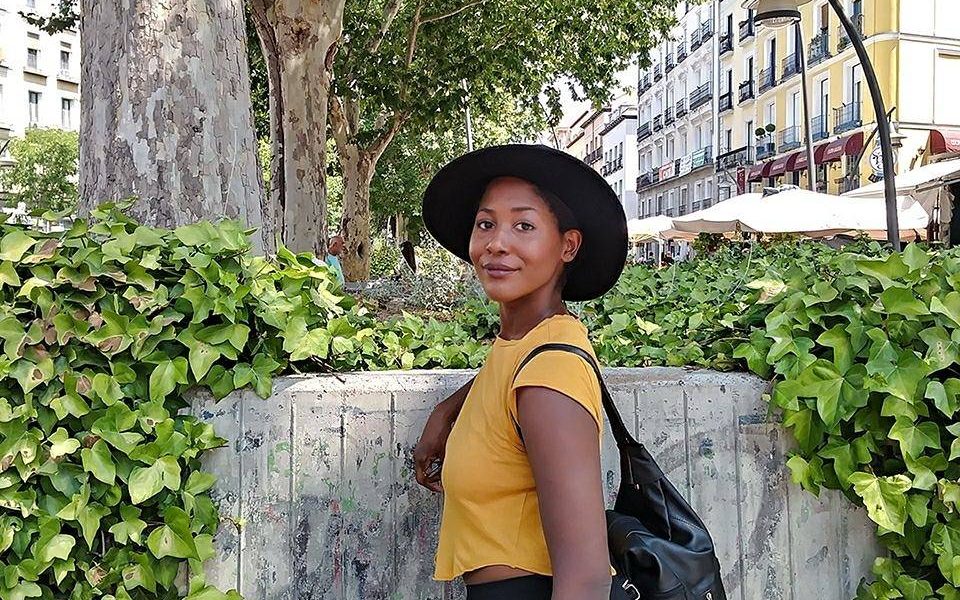 Today we’d like to introduce you to Alexandrina André.

Alexandrina, before we jump into specific questions about your work, why don’t you give us some details about you and your story.
I am a first-generation Haitian and Dominican American from Queens, New York. Being a first-generation child enamored me in a world of diverse cultural backgrounds and that experience moved me to tell diverse stories. I’ve always loved film, especially documentary films and since I was a kid I wanted to be a director and writer. I just had no idea how to get involved in the industry and It was a bit intimidating to me. I dual-enrolled in high school so I ended up getting my Bachelor’s degree in English two years early.

With that extra time, I took a leap of faith and applied to graduate school for film, I only applied to one school and got in! So, I took that as a sign that I needed to go and follow my dreams in becoming a director. I wrote and directed a documentary and two shorts that have showcased in film festivals including Cinequest Film Festival, Florida Film Festival, BET’s Bronze Lens Film Festival, and at the Council on Social Work Education. I also production managed The Endless, an indie feature film streaming on Netflix. My short film Flora is currently streaming on RevryTv, a queer based streaming service, and I am currently in post-production for my feature documentary film “One Life to Blossom” about transgender activist and actress Blossom C. Brown.

We’re always bombarded by how great it is to pursue your passion, etc – but we’ve spoken with enough people to know that it’s not always easy. Overall, would you say things have been easy for you?
It has not been an easy road, but nothing in life truly is, right? First off, I come from a first-generation family and everyone is in the medical field. No one really understood why I wanted to go into the arts and become a director. My mom has been very supportive but at times I felt awful because I didn’t want to fail, my mother has sacrificed so much for me to be here, and I don’t want to disappoint her. Another struggle was going to film school. While most people were making films about romance and animals, I made a film called “Reversed”, about a guy getting pregnant and then getting an abortion.

As you might guess, my peers and those at the school were not supportive. They didn’t understand me or why I wanted to make stories like that. I will never forget a classmate calling my film “propaganda” and being called a “troublemaker”. I never got support for my work, but looking back I am grateful for that experience because it really gave me the tough skin that I needed to have before moving to L.A.. This industry can be a struggle at times. The first couple of jobs I got out here, I got to see some of the bad sides of the industry, the stereotypical angry producers, the occasional inappropriate worker, the racism, the sexism, etc, but it never deteriorated me from my dream. Thankfully I’m now surrounded by more creatives and the energy is so much more peaceful and inspiring.

We’d love to hear more about your work.
I am a freelance director based here in L.A. I direct, write and act. I’m most proud of my films that I have wrote and directed. My stories tackles social issues and can be extremely real. They are the stories of the marginalized, minorities, women, etc. I love to highlight those who are bullied and those who feel different. I believe in telling stories of real people because those stories are interesting and they matter.

I’m currently in post for my first feature documentary about trans actress and activist Blossom C. Brown and her journey in getting face feminization surgery while looking back at her life. When people watch my films I want them to see a story in a different POV and I hope that at least one person will become more sympathetic and understanding to the differences in the world. There’s a lot of unhappiness happening around us, so if just one person is affected positively by my films, I know I’ve fulfilled my purpose.

What were you like growing up?
Growing up I was a nerd and an old soul! My mom used to work at a nursing home during the weekends and I would have to go during the day. I would sit with the older people, listen to them, and watch what they watched and I think it rubbed off on me. At ten years old I used to love reading O! Magazine while watching reruns of Murder, She Wrote. I was never interested in boys or friends, I only really cared about what was going on in the world and listening to people’s stories.

I use to also take my barbie dolls and have them on talk shows. I would create the most bizarre telenovela storylines. They would be so obnoxious my older sister would yell at me for talking “too grown”. Other than Oprah, I have always loved art! My mom had serious trust issues so I couldn’t go to slumber parties or other peoples houses growing up, but she would let me go to museums and the library, so I would go for fun and I still do, every birthday I have I spend at a museum. Basquiat an Kahlo are two of my favorite artists and I use art to inspire me to create my films. 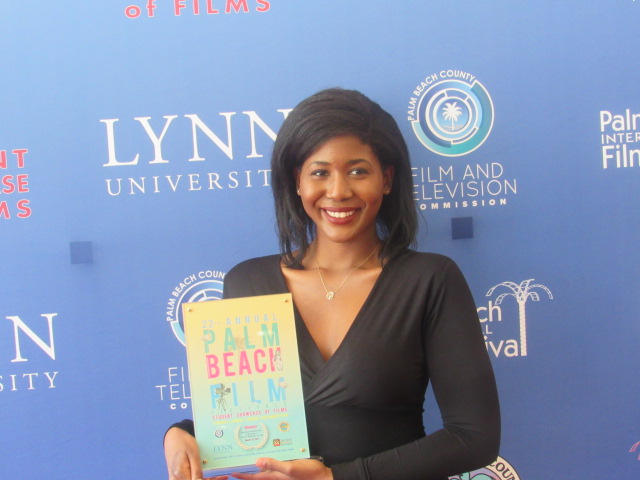 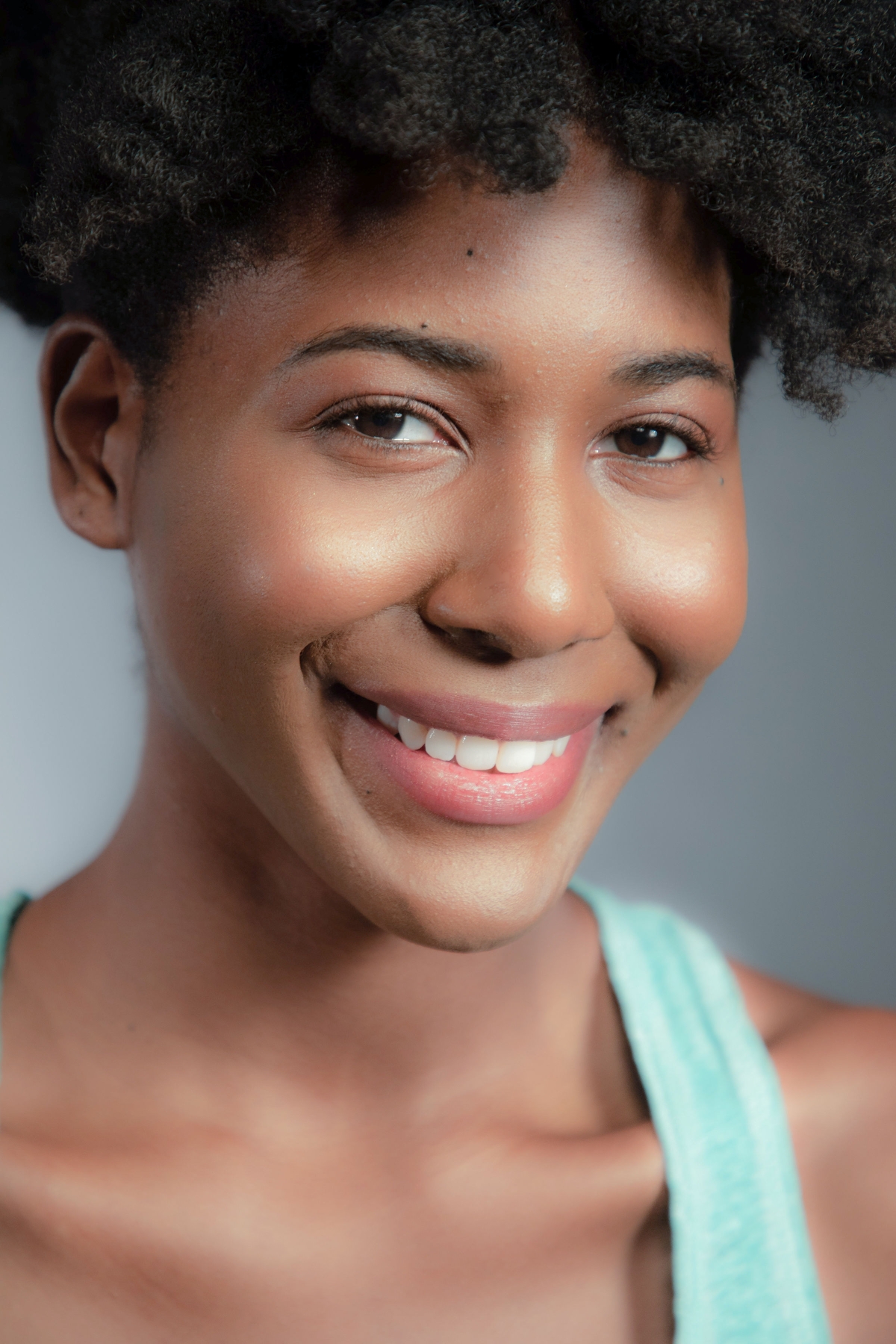 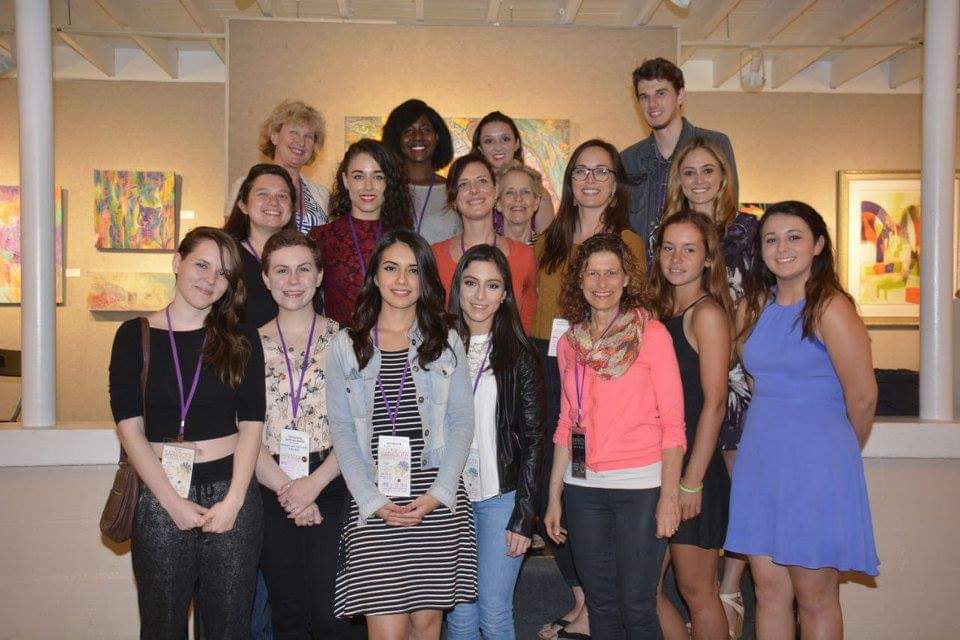 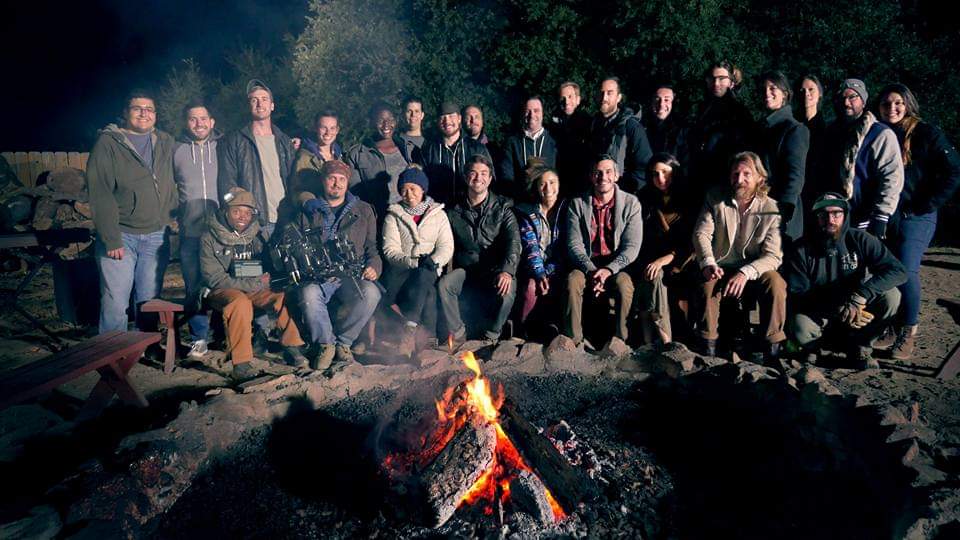 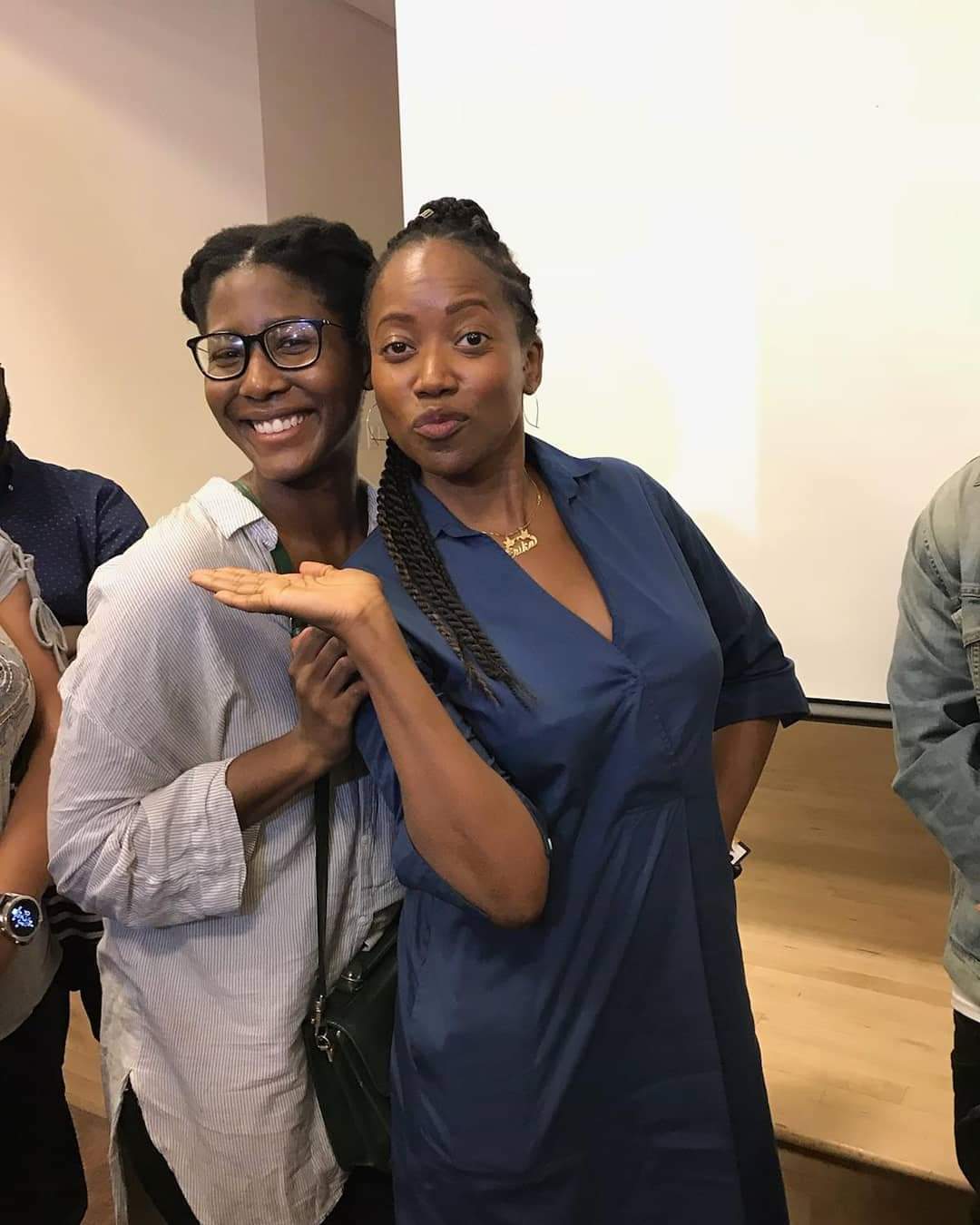 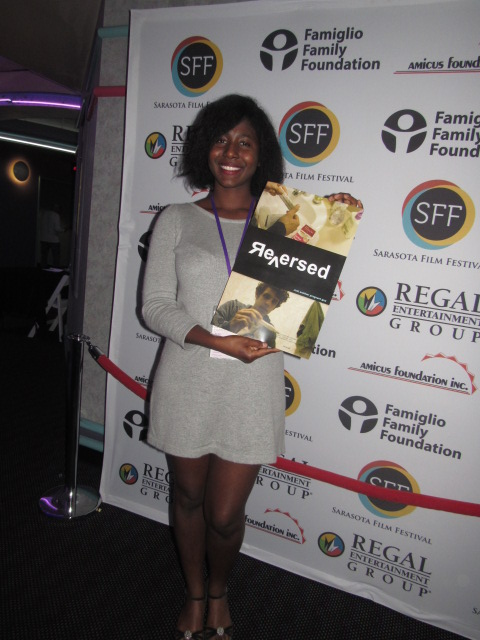 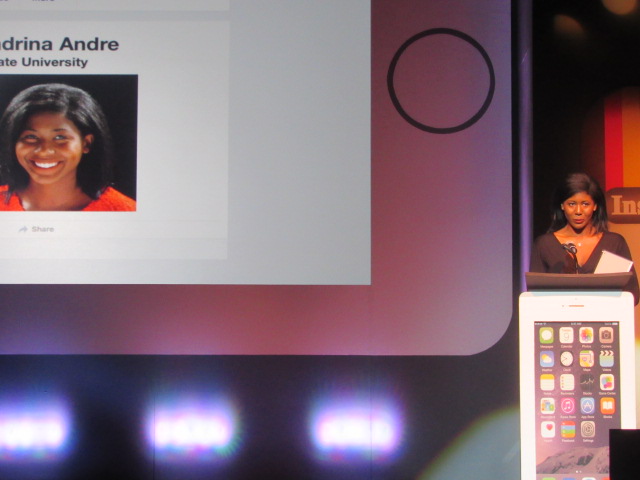