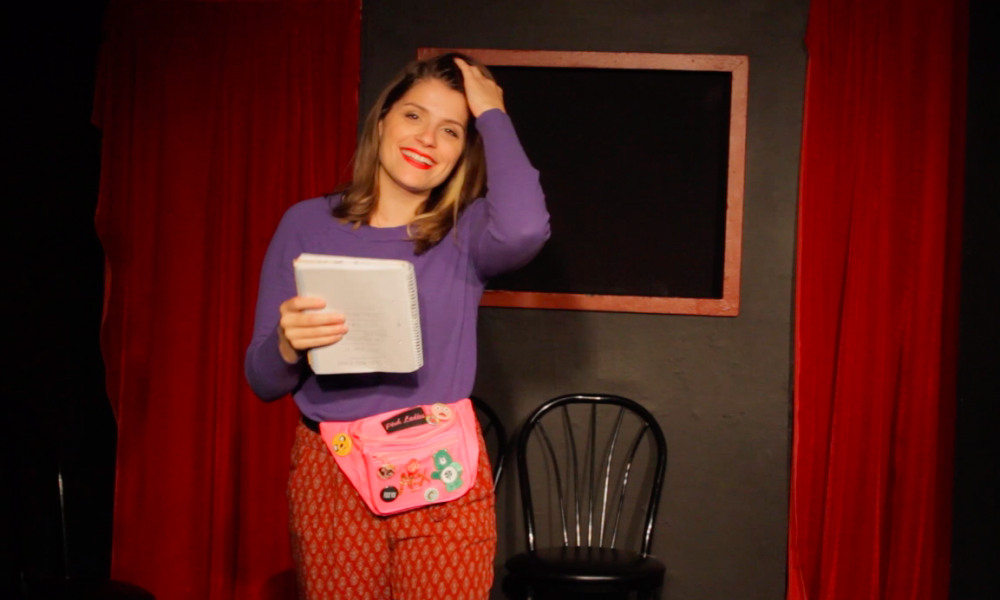 Today we’d like to introduce you to Alexandria McCale.

Alexandria, please share your story with us. How did you get to where you are today?
I came out of the womb doing jazz hands. (Sorry Mom!) My childhood was full of dance recitals, singing lessons and community theater, and at age 12 I announced that I was going to be an actress. Once I decided on my path, I never wavered. I went on to become the star of my high school when I took on the challenging role of Gabriella in the musical theater classic ‘High School Musical.’ Then I went on to be a leading lady in every season of my college theater career, taking on roles such as Cassie in ‘A Chorus Line.’ In my mind, I was on course to be a big success. I packed up my Ford Focus in 2012 and headed from Kansas City to Los Angeles to stake my claim in Hollywood.

Soon after arriving, I realized I had Hollywood all wrong. I felt out of control of my own success. I felt like my acting career was dependent on the personal taste and intuitions of a handful of powerful casting directors, agents and producers. I took acting classes, got new photos, moved from agent to agent, with plenty of praise for my acting skill, but rarely gaining ground in my career. My agents were perplexed over why I wasn’t getting called in for auditions, but LA isn’t like college. There’s no syllabus, no feedback and no grades for all your hard work. I felt stagnant and lost.

Luckily, I had become a part of a creative community that had been keeping my spirits up: comedy. I started improv and sketch classes right after arriving in LA, and it felt like home. By 2013, I was spending almost all of my time performing sketch and improv comedy, or as it’s called in the industry “doing bits.” This is the part of my life that started to make sense. I was learning and growing in my skill, I was gaining respect in the community, and I was getting to perform live on a weekly basis. It fed me and kept me creatively satisfied, while I aged out of 18 to play younger and suffered devastating losses, like being cut from an episode of ‘Mom.’

As I became more entrenched in the world of comedy, I became more intrigued by the craft of creating it. As a performer of an iO West house sketch team, I wasn’t expected to write sketches, but I couldn’t help myself. One week, I nervously asked my teammates if they wouldn’t mind reading a sketch I wrote. They not only didn’t mind. They laughed. They laughed at my sketch!

I fell head over heels in love with writing comedy. What started with sketches and solo SNL-style characters, over the of the next several years became pilots and stand up comedy. I started appearing as a featured comedian on All Def Digital and Buzzfeed, started writing for a youtube sketch show for Zach Callison of Steven Universe and was hired to write an independently produced pilot called ‘K-Pop.’ I dipped into storytelling, winning the Storytelling Competition at the LA Comedy Festival and hosting my own show called ‘The Bard’ which ran for nearly two years. All the positive feedback from these projects led me to believe I was on the “write” track. (I saw the pun and I couldn’t stop myself. Forgive me.)

There was only one thing missing. None of my writing projects were exactly “me.” I sought a way to set myself apart from the comedy competition by identifying what I am uniquely qualified to write. What kind of comedy can I do better than others? What is my specific voice? Who am I? Well, I am a news junkie. I am a proud supporter of NPR, a newspaper subscriber and a Twitter hound! I know politics better than anyone in my circle of friends. I knew that if I combined my natural passion for news and pop culture with my love of comedy, I’d eventually find myself in one place: late night!

I’d grown up idolizing John Stewart, John Oliver, Samantha Bee and Stephen Colbert. Trying late night just felt right, so I took a chance and bought Joe Toplyn’s book on the subject. I went to work writing monologue jokes and desk pieces in hopes of entering the NBC Late Night Writer’s Workshop competition. I knew I didn’t have a hope in hell of getting in my first year submitting, but I wanted to prove to myself that I could write an entire late night packet all by myself. But then something shocking happened. I got in.

In April of 2019, I was whisked off to New York to learn from real late night writers in 30 Rock itself. I spent the week writing my ass off (which is good since my ass ate a lot of bagels) and connecting with people in the industry. This learning opportunity was priceless and set me on a real path to writing professionally.

As of now, I’m busy submitting packets and interviewing for potential late night jobs while writing my own projects on the side. I continue to write and perform stand-up (mostly on zoom these days,) and I give my own weekly take on the news in my IGTV show ‘Too Early for This!’ When the world isn’t ending, I’m a tour guide at Universal Studios and write interactive alien characters for the event startup Space Party, which throws sci-fi themed, immersive dance parties around the city.

Who knows what I’ll be doing next, or even what planet I’ll be on, but I’m excited to be on the path I’m on.

Overall, has it been relatively smooth? If not, what were some of the struggles along the way?
Surviving in Hollywood isn’t about being talented. It’s about being unique. That wasn’t something I prepared for when I entered this industry. In college, I tried to be everything. I was taught to be a blank canvas, able to be any character, any role. I grew my hair long and avoided tattoos and piercings. I was taught to not be myself.

But that doesn’t work in Hollywood. You have to find where you can stand out so that you don’t get lost in the sea of mousy-looking brunettes like me. I’m still working to continuously hone in on my specific voice and clarify who I am as a comedy writer.

And it’s also hard not to lose track of your personal life. I try not to forget to go to the beach, develop other hobbies outside of comedy and nurture my relationships. One of my improv teachers Brian O’Connell use to say, “To be a better and more interesting artist, you must become a better and more interesting person.” I have never forgotten it, and I apply it to my life on a daily basis.

Any shoutouts? Who else deserves credit in this story – who has played a meaningful role?
I would be nowhere today if it wasn’t for the other artists at iO West Comedy Club. They lifted me up and made me feel at home in this crazy lonely city and introduced me to the joys of comedy writing. People like

I would also highly recommend that people apply for any and all of the NBC diversity and inclusion programs. These people are working very hard to make this industry more accessible to woman artists, LGTBQ+ artists and minorities across the country. I owe Karen Horne and the other organizers and teachers of the NBC Late Night Writing workshop a HUGE debt of gratitude for believing in me. 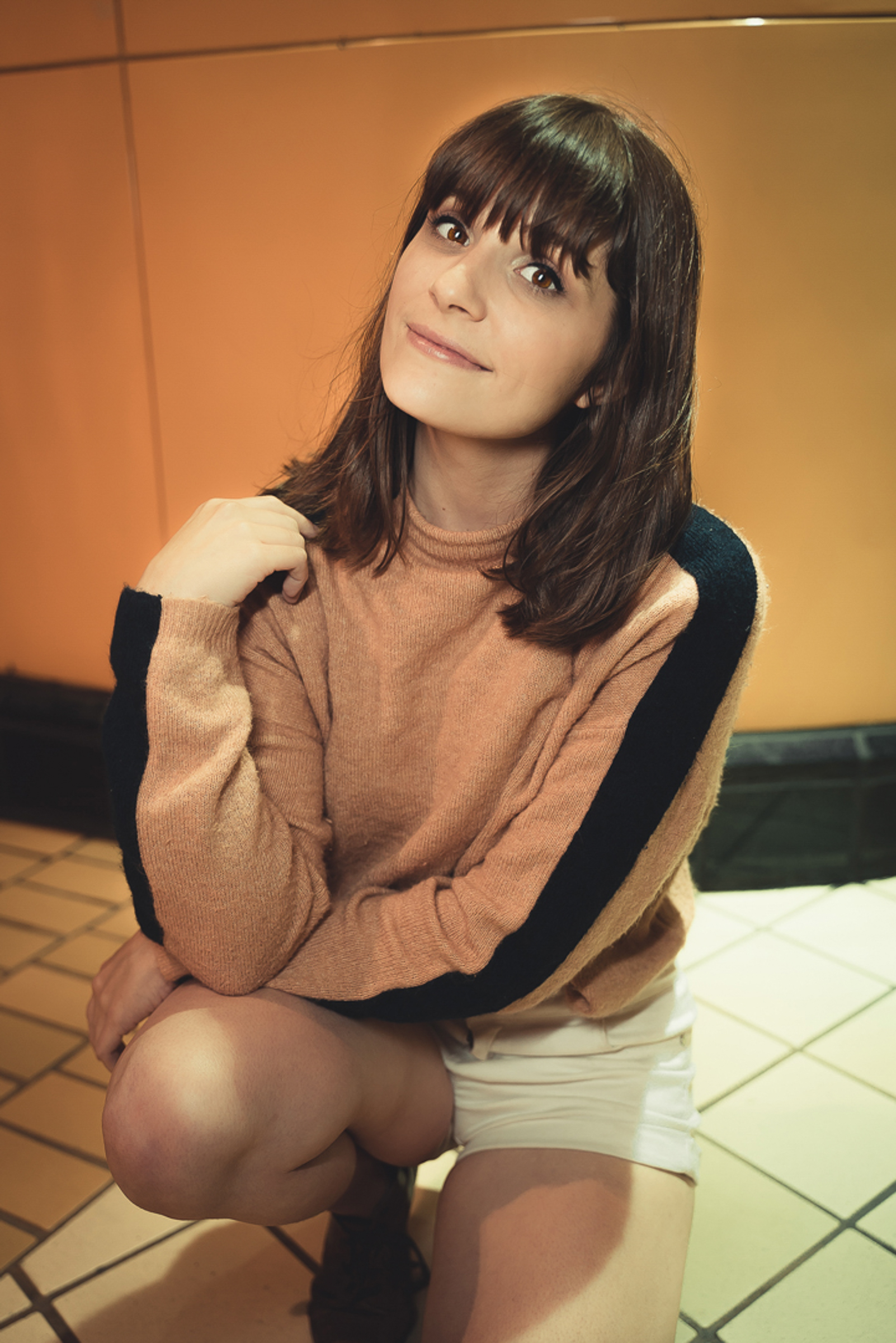 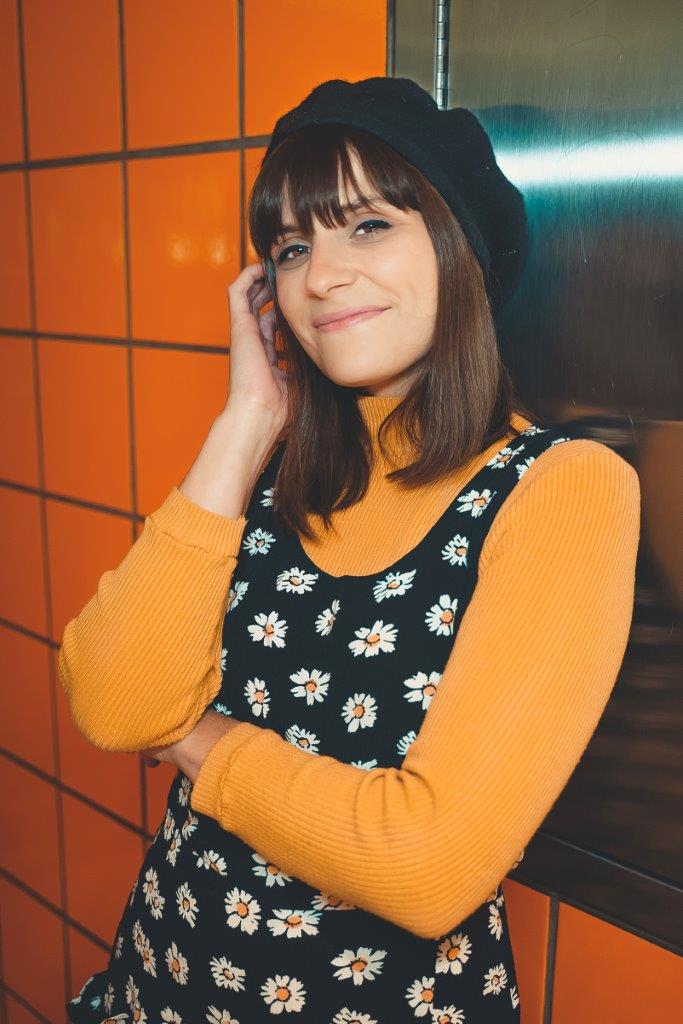 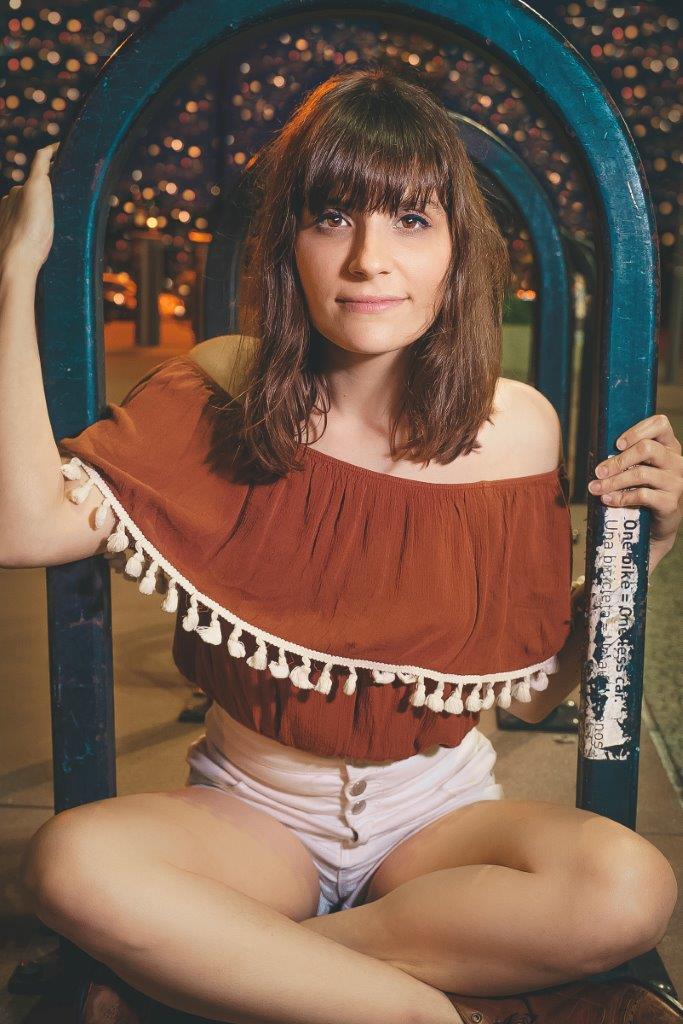