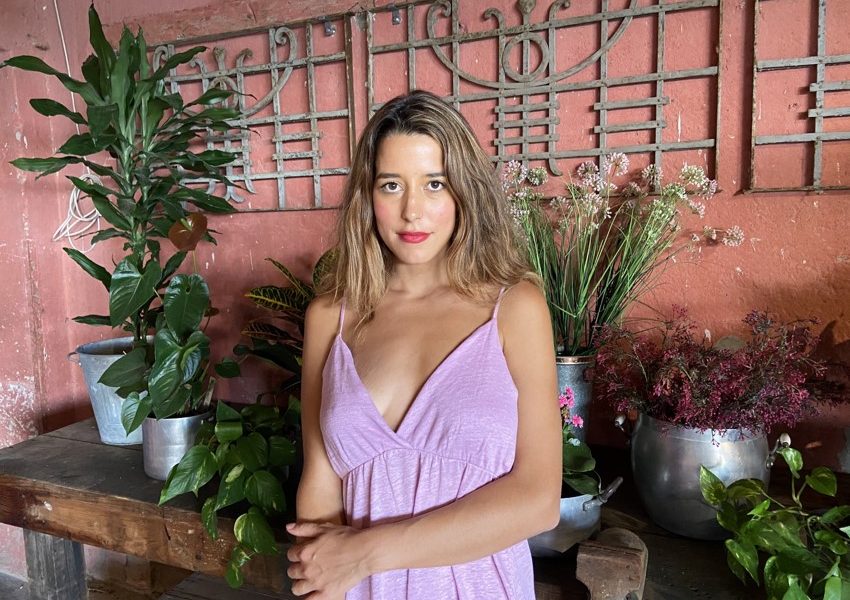 Today we’d like to introduce you to Alexandra Possenti.

A Venezuelan/Italian national, Alexandra co-owns a restaurant named Los Bowls de Guadalupe in the Mexican beach resort of Tulum, while also being the founder of an event agency called Alma Events and Al Tun Tun.

At the age of 23, she was hired as the pre-opening events operation manager at the Soho House in Chicago and then moved to Los Angeles. It was then she set herself an ambitious goal to unite Latin American musicians and brands by connecting them to young people interested in the arts and decided to found her marketing agency Al Tun Tun in Los Angeles. Speaking no fewer than three languages, Possenti stands apart from her peers and has leveraged her deep understanding of different cultures to cultivate a strong relationship with Latin millennials and continues to bring her personal flair to the events she creates, connecting both American and Latin culture together through the arts.

Alexandra Possenti has been educated in Ireland, Switzerland, and the US. Since graduating from Les Roches in Switzerland in 2012, Possenti has gained a wealth of experience in event production management and built a number of successful companies including her events and marketing business, Al Tun Tun, that began in 2018. As a globalized community geared platform, the agency is designed to unite Latin American artists and brands worldwide and connect talented youth who are actively involved in the arts. As well as co-owning a restaurant in Mexico.

She’s worked with Soho House in Chicago, Miami, and LA for the better part of a decade. With a career that boasts so many international events, Possenti has honed an eye for noticing impressive talent long before others. She also has the skills to create the prime atmosphere for others to see what she sees. The events would vary each month for brands like Jordan, Gin Mare, Mezcal Amores and Proximo Sprits. Possenti has created high profile events including the official afterparty for Colombian singer J Balvin in Los Angeles following the conclusion of his world tour. And currently, she is working with Proximo Spirits to launch “Fiesta en Casa,” which means “Party at Home. Having developed business partnerships with brands while showcasing the positive influence of the Latin community, Possenti focuses on the Latin millennial lifestyle by providing a creative outlet for young and talented individuals to connect through live events, musical performances and art displays. Al Tun Tun has also collaborated with Soho House in Mexico City to organize an all-inclusive experience for its members. Special events are hosted at some of the most elite venues in West Hollywood such as The Peppermint Club, Poppy, and Bootsie Bellows. Al Tun Tun presents an array of unique platforms that boast excitingly modern gatherings. All events are hosted with the purpose of uniting people together through the gifts of art and style. Al Tun Tun is based on two foundational elements, diversity and culture. Each event sparks an appealing highlight like a DJ, pop-up fashion, art displays, band performances, and restaurant launches.

Has it been a smooth road?
“The most important thing is to know exactly what you want in the industry,” she says. “In my case it was events and I concentrated on a niche within this field. I saw a lot of students not paying much attention to their internship and waiting until the last minute to apply for jobs – then it became hard for them to move up the ladder. Alexandra’s event career started being an intern, working a lot of hours with very little paid. It took a lot of overtime and a lot of working days off started to get her peer’s attention and lead her in becoming the pre-opening manager for the Soho House in Chicago. A move west to Los Angeles – still with Soho House – followed, which saw Alexandra promoted to Event Production Manager. This was an intense, pressure-cooker role which offered the fringe benefits of seeing some of her favorite music artists, including Stevie Wonder, Billie Eillish, Travis Scott and Solange Knowles, perform intimate shows. And definitely the biggest struggle involved the opening of a restaurant specially in Tulum where everything can be a challenge starting from the electricity where is none on the beach rode.

So let’s switch gears a bit and go into the Al Tun Tun story. Tell us more about the business.
Al Tun Tun is a Los Angeles based marketing agency driven to formulate a global community with a focus on connecting both American and Latin American cultures. Al Tun Tun seeks to unify Latin American influencers and labels together with artistic youth who have a passion for the creative arts. As a versatile corporation intended to assist young Latinos to discover inspiring outlets, Al Tun Tun strives to establish partnerships with universal brands to advocate for cultural diversity, positive aspiration, and a powerful impact throughout the country.

Upwardly mobile Latinos need an outlet to explore their artistic interests. Al Tun Tun is bringing together a community of diverse backgrounds to connect, build, grow & celebrate culture. Through music, film, fashion, food, art & design, our curated platform unites us as one.

The founder and innovative producer of Al Tun Tun is Alexandra Possenti. She is the agency’s executive who coordinates business alliances and marketing campaigns for a range of popular U.S brands. Possenti operates as a trilingual marketer who has worked for a range of international labels such as Chanel and Guess, among other major names within the fashion realm and music industry. Possenti’s mission is to culturally connect the United States and Latin America to develop a global influence of the arts through a distinctive medium fueled by creativity.

How do you think the industry will change over the next decade?
As a response to COVID-19 and social distancing guidelines, Al Tun Tun has made a way for its followers to host a party at home with its Fiesta En Casa event. The agency has collaborated with 1800 Cristalino Tequila to send party kits to creators for enjoyment at home. The party kits include fun, fiesta accessories like fully customized serving trays and glassware showcasing two unique 1800 Cristalino themes. Each kit contains a trendy tote bag engraved with the Al Tun Tun and 1800 Cristalino logos. Every bag has a 750ml bottle of 1800 Cristalino Tequila to try, along with a mixologist menu offering three different cocktail recipes to create uniquely flavored mixers.

The Fiesta En Casa event is a simple, ingenious way to celebrate creative culture and Latin American flair at home. In these unprecedented times, both entities have initiated an engaging and safe form of entertainment for those looking to have fun in quarantine. With the party kit’s features, recipients can hold their own private gathering that includes expressive dishware and exciting alcohol tastings. The event was made possible by the support in the past of Hispanicize and Al Tun Tun’s association with Proximo Spirits. 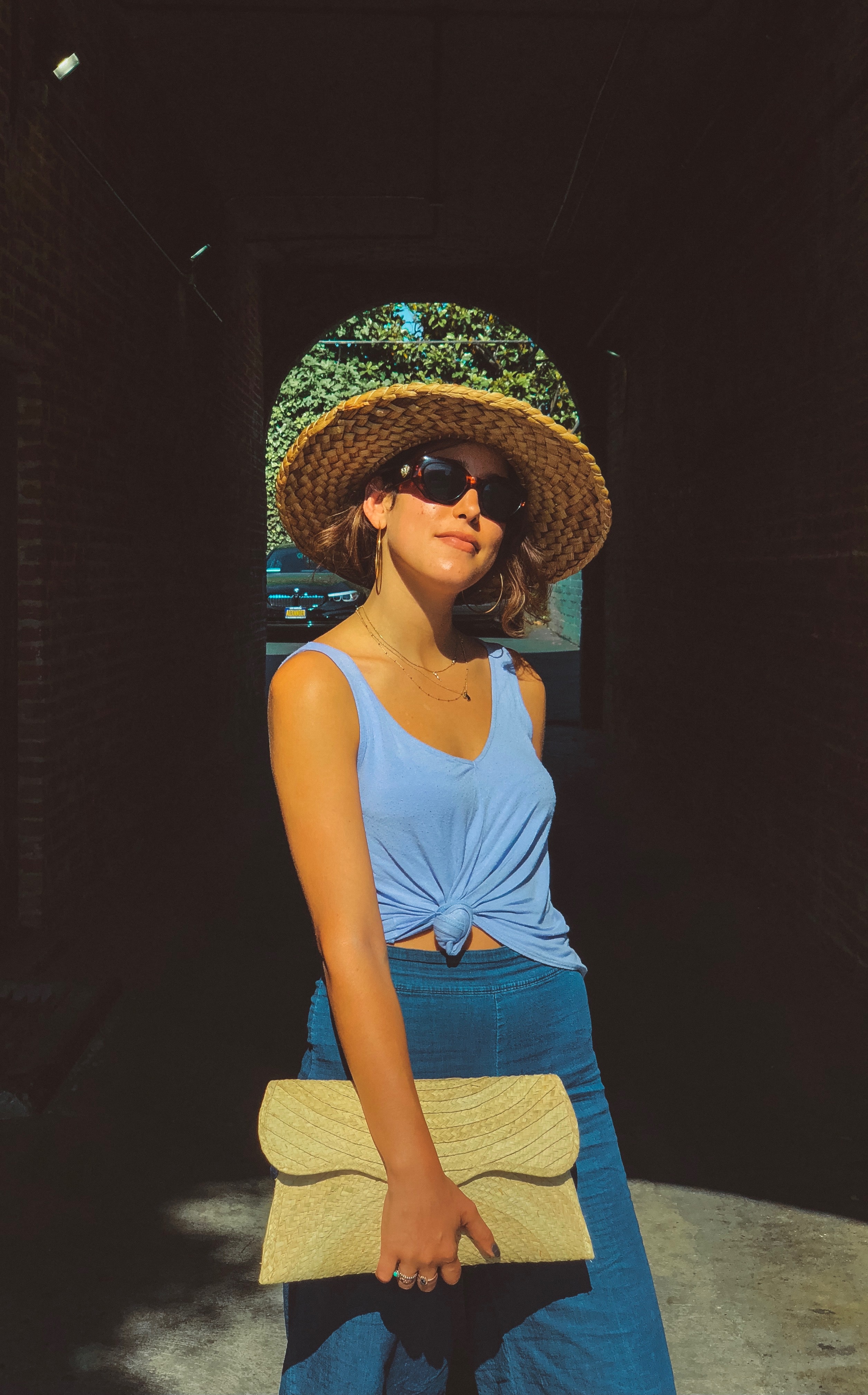 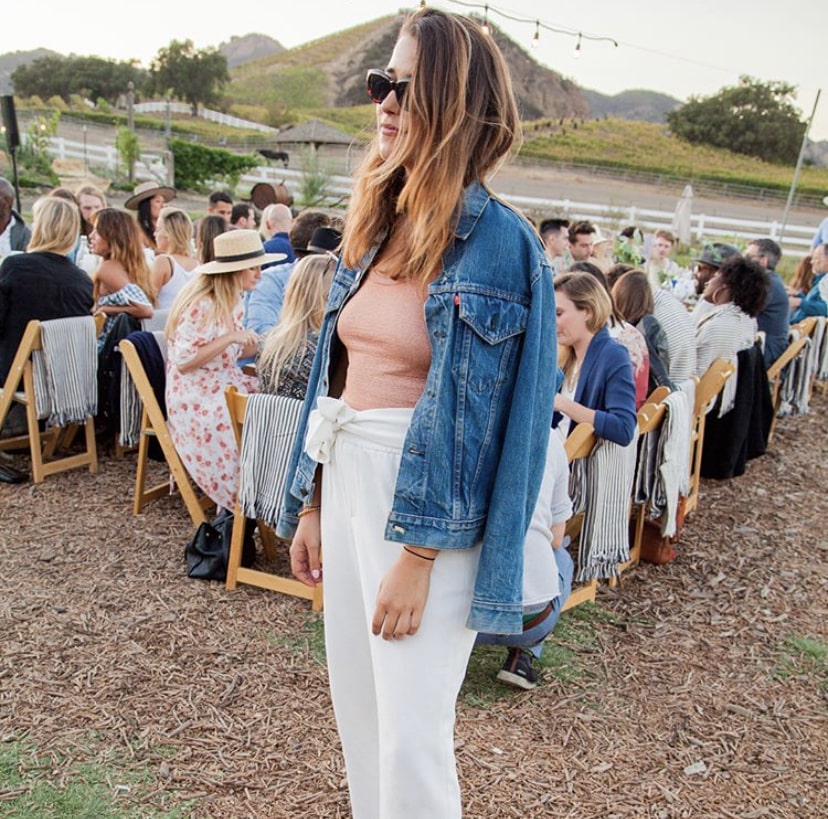 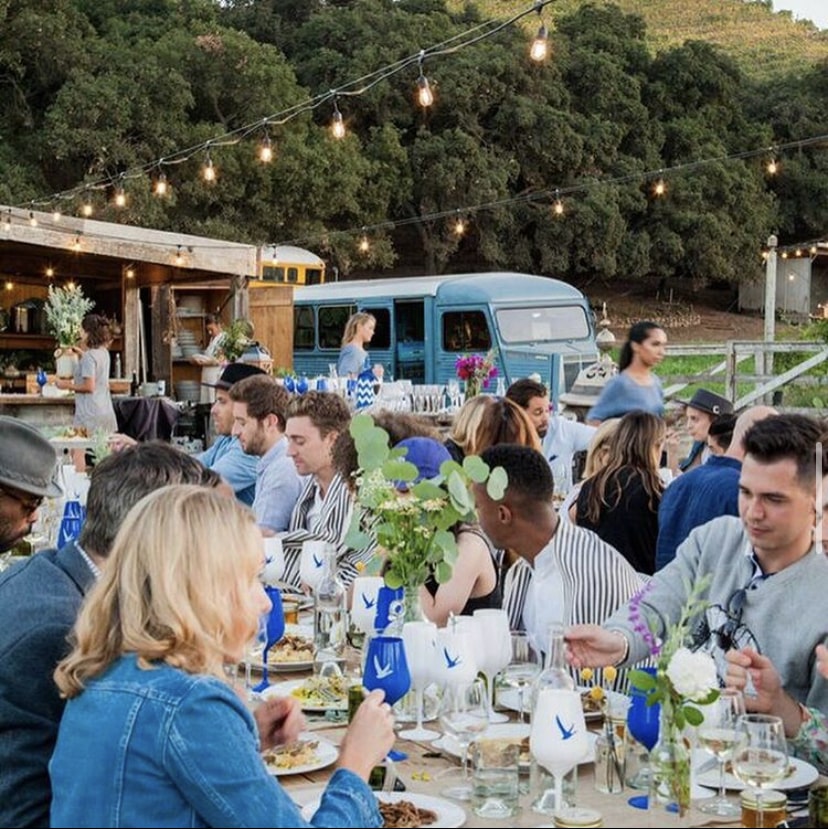 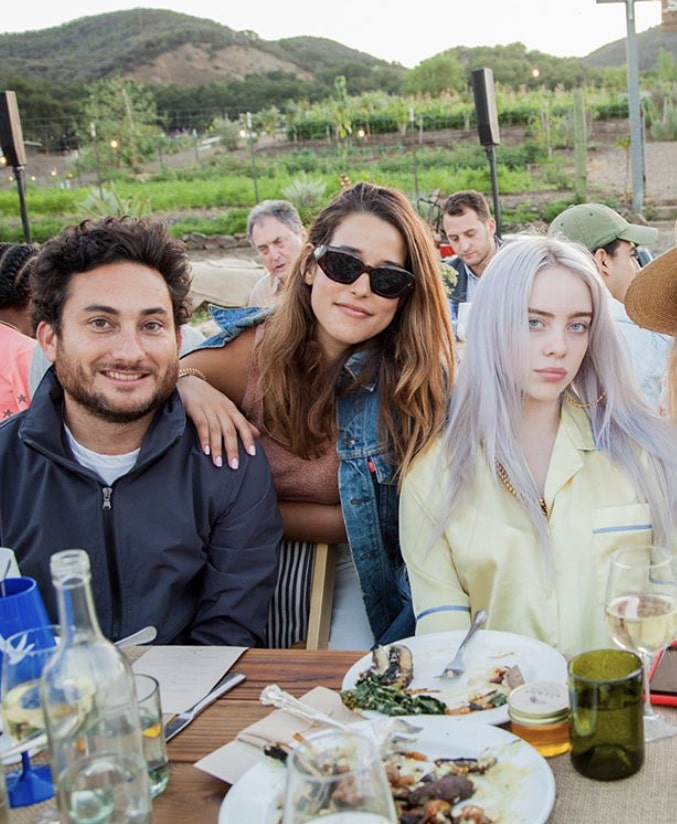 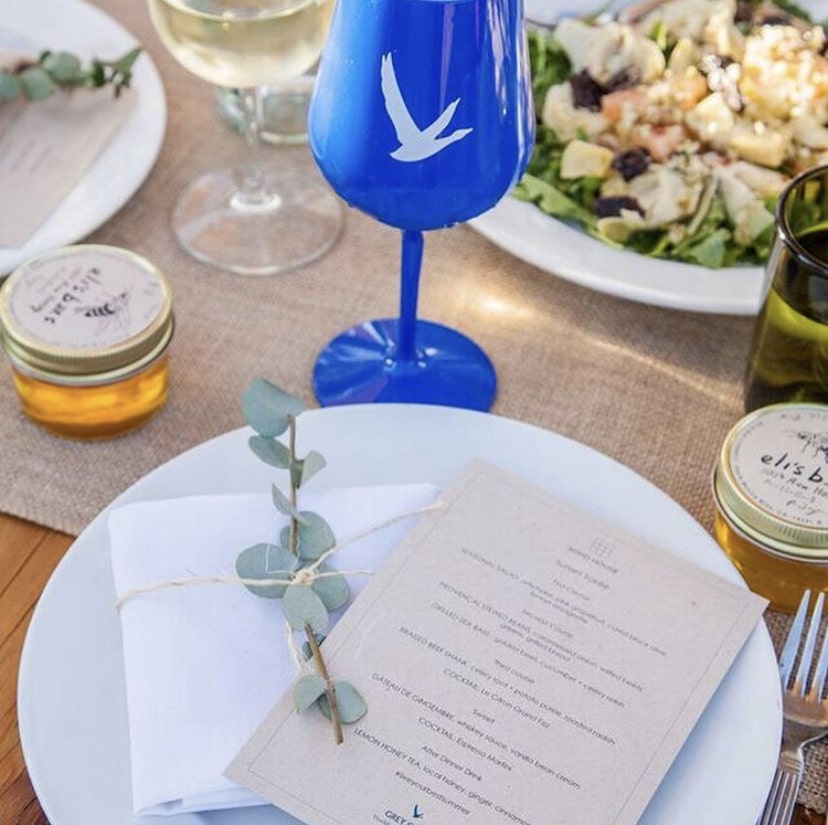 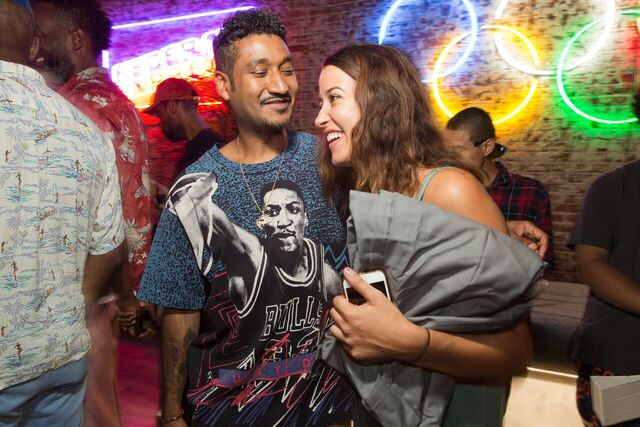 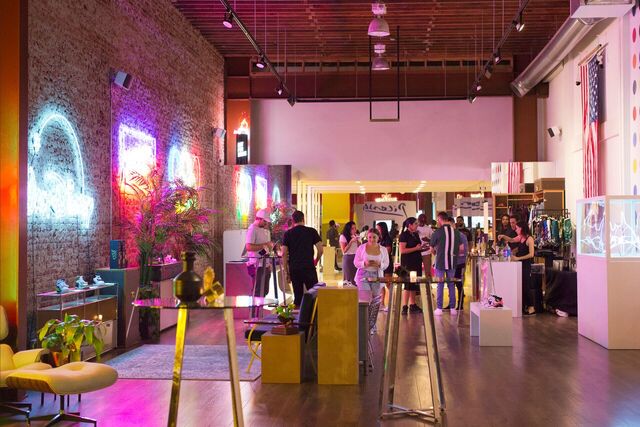