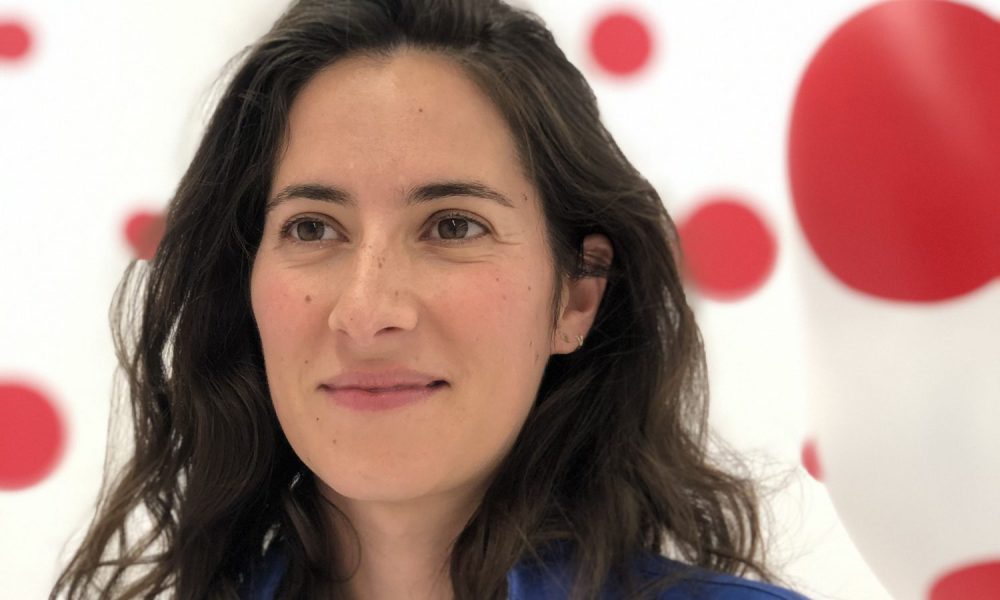 Today we’d like to introduce you to Alexandra Kirsch.

Alexandra, let’s start with your story. We’d love to hear how you got started and how the journey has been so far.
Well, I grew up in Chicago, which had a big impact in shaping my identity.  I went to a progressive school that incorporated drama and theater into the curriculum and emphasized public speaking at a young age.

One of my drama teachers, Ed Garza, was a performer at The Second City.  He introduced us to improv games and I instantly connected with performing – it was fun and freeing.  I decided to pursue improv at The Second City and it became my passion throughout high school and college.

My parents are amazing and they supported the artistic proclivities that my brother and I were called to explore.  My Dad owned photo labs and my Mom is a creative, so we were exposed to a lot of art and culture growing up; painting, music, photography, opera, etc. There were cameras, photographs, and negatives around the house and someone always had a camera in their hands, documenting or filming.  As kids, my brother and I would walk around the city and make videos on our camcorders. I still take 35mm photos on my Grandpa’s Minolta SRT-101.

There was a lot of experimentation and freedom of expression at home – projecting videos on the walls during Thanksgiving, breaking into dance at dinner parties, boxes of musical instruments, and lots of dressing up.

We were a big movie and TV-watching family. I can’t think of a day when my Dad hasn’t watched an episode of Seinfeld.  Saturday Night Live was a ritual on Saturday nights and Molly Shannon became my idol throughout my adolescence. Both my parents are pretty funny people. They tell great, animated stories so humor has always been in my bones. My parents make a lot of cameos in my dance videos on Instagram.

I went to Bates College and studied Art History. At Bates, I performed with the improv group The Strange Bedfellows. In the summer I would take classes at Improv Olympic (iO) back in Chicago. I’d go back to school the next school year with what I had learned about long-form improv and continued to hone my skills with the group.

After I graduated, I knew I wanted to make movies.  I returned to Chicago and worked on projects I’d get off of Craigslist. Most of them were indie and student films for little or no pay. One of the movies was produced by a couple of mafia guys and starred Jackie Gleason. I was hired to do a number of things, one of which, was to take stills. After we wrapped the movie, I gave my camera SD card to the director (also a mafia guy) and he refused to both return it to me and pay me – while he drove around Chicago in what he referred to as his “Black Jag.”

I landed my first professional gig as Winona Ryder’s assistant on the set of Ron Howard’s “The Dilemma” and I fell in love with set. It was such an exciting place to be.

I rose up the ranks from a PA to assisting producers and directors on union TV shows and features. I was lucky to have worked with exceptionally talented directors and producers early on in my career. That was the best film education I could’ve asked for.  One of the directors I assisted was Steve McQueen, who became a mentor to me during our working relationship in New York and Chicago. After working with Steve, I knew it was time to move to LA to start directing.

Great, so let’s dig a little deeper into the story – has it been an easy path overall and if not, what were the challenges you’ve had to overcome?
My path has not been without its frustrations but the bumps are what make it interesting…and give me good stories!  I try to view everything as a learning experience.

I’m a Pisces so I make a lot of my decisions based on my gut and intuition, which has steered me in the right direction. I’ve had tough bosses, I’ve been rejected by programs, and I’ve watched a lot of friends attain early success. It’s been frustrating when my career hasn’t moved as quickly as I would’ve liked.

The film industry is intense. It’s cut-throat. You have to be driven and have incredible stamina because it can be taxing and, ultimately, we’re playing the long game. I have a healthy relationship with filmmaking and the industry and see it for what it is. I have grounding friendships, self-care practices, and I take my mental health seriously.

There are times I wonder if I’d be further along in my career if I were a man.

Please tell us more about your work, what you are currently focused on and most proud of?
I work as a freelance director. Short films and music videos are the formats I currently work with. I’m still exploring the breadth of my vision and voice but I’m drawn to stories with worlds that are just magical enough to still be plausible, absurdism, surreality, and mysterious phenomena. I like wacky characters with heightened specificities, rooted in emotion with women at the helm. David Lynch and Christopher Guest’s work have been influences I’ve drawn from.

I’m most proud of my latest short film that’s still in post-production. It’s a story about a breakup between an alien and her human girlfriend. It’s the first narrative piece I’ve both written and directed.

My goal is to direct more music videos and features. I’d also like to make experimental video art for a gallery space or visuals for installations or sound journeys. The idea of creating an experience rather than viewing something on a computer or a phone screen is interesting to me.

I also work as a 1st Assistant Director, which allows me to collaborate with other directors on a variety of projects from narrative to commercial. It’s a great way to see how other directors approach the craft. I learn something from every project. 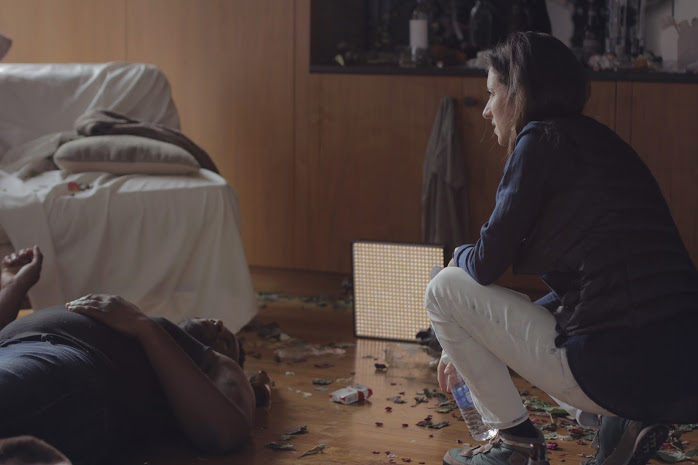 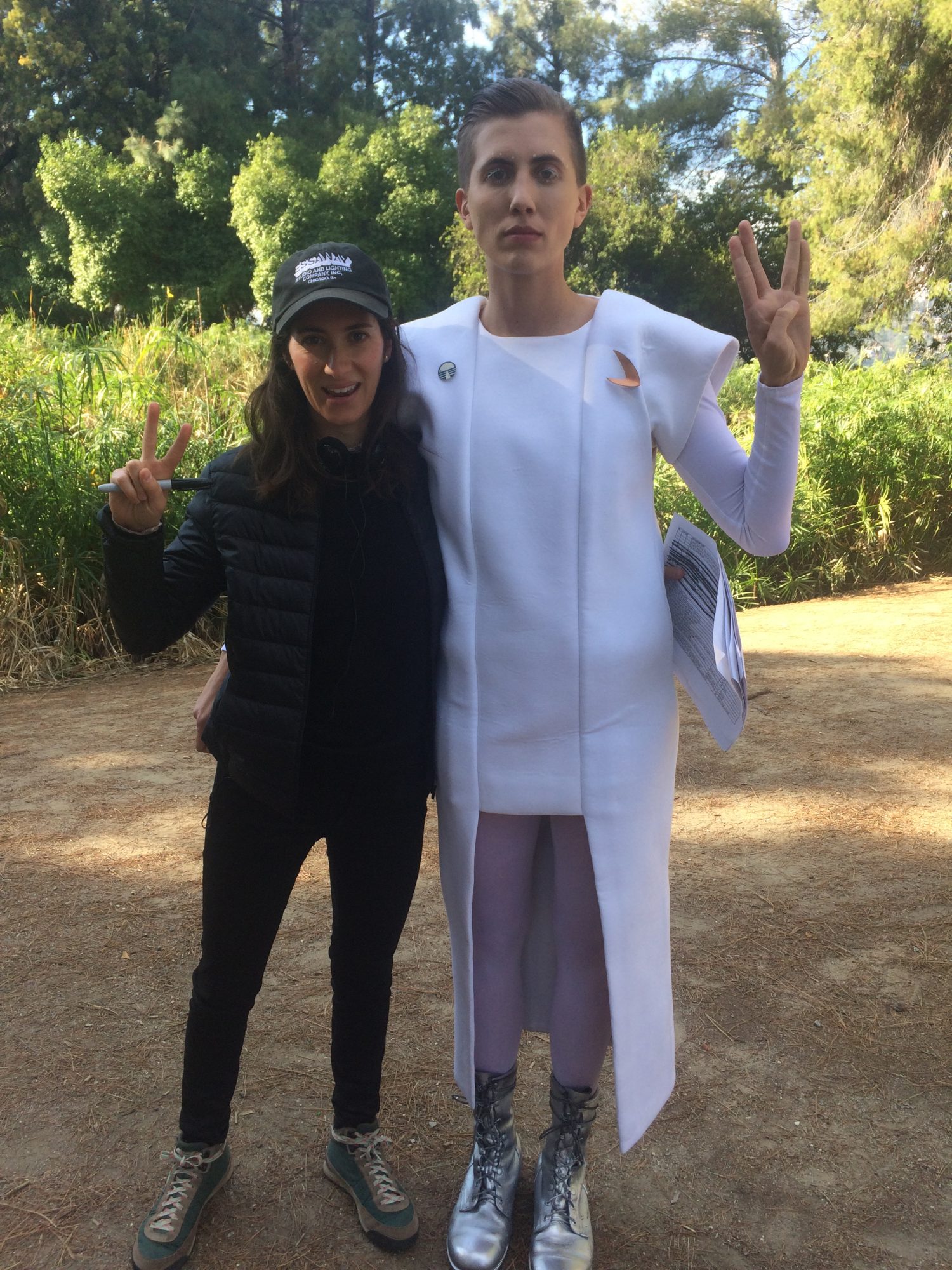 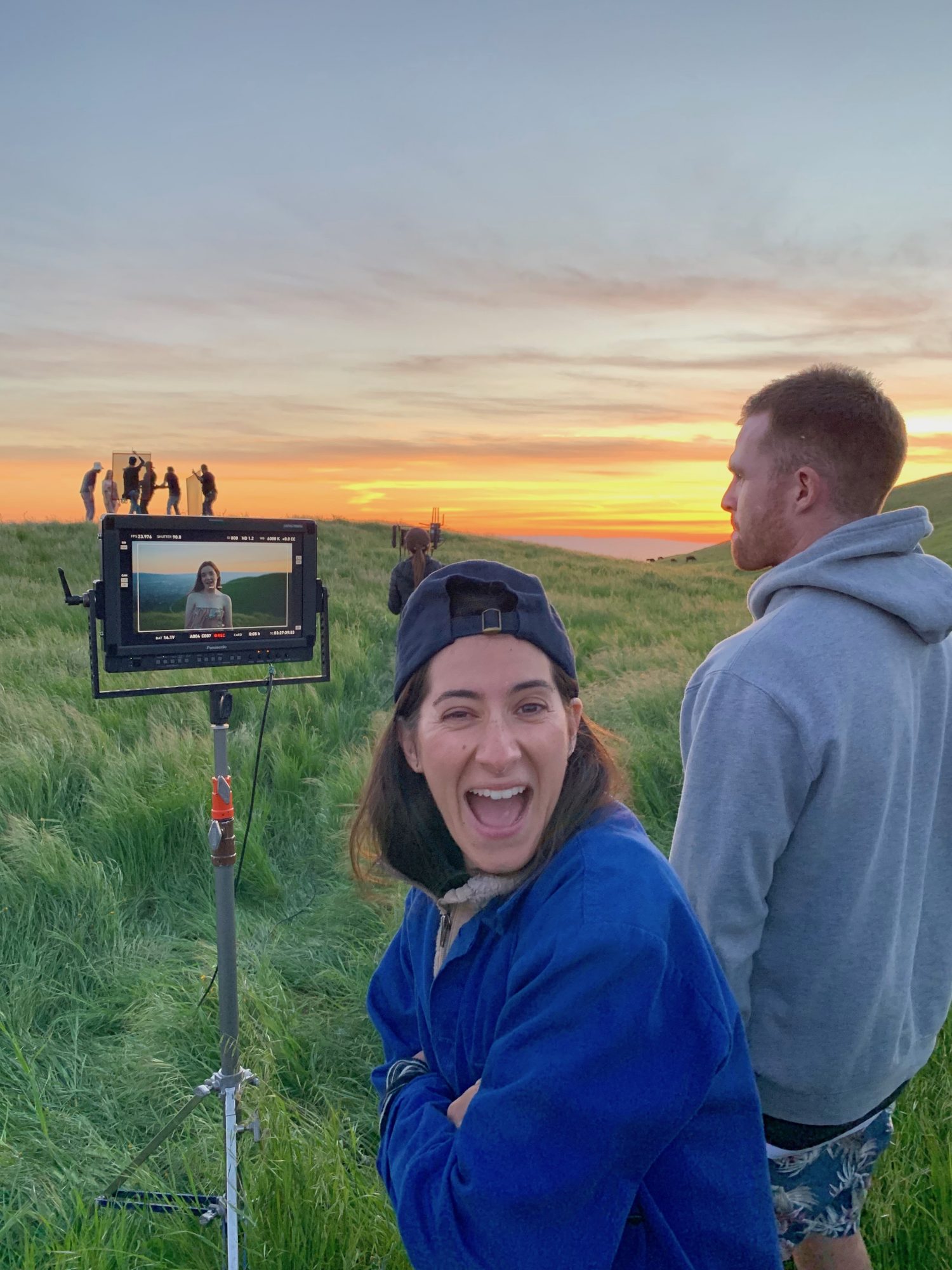 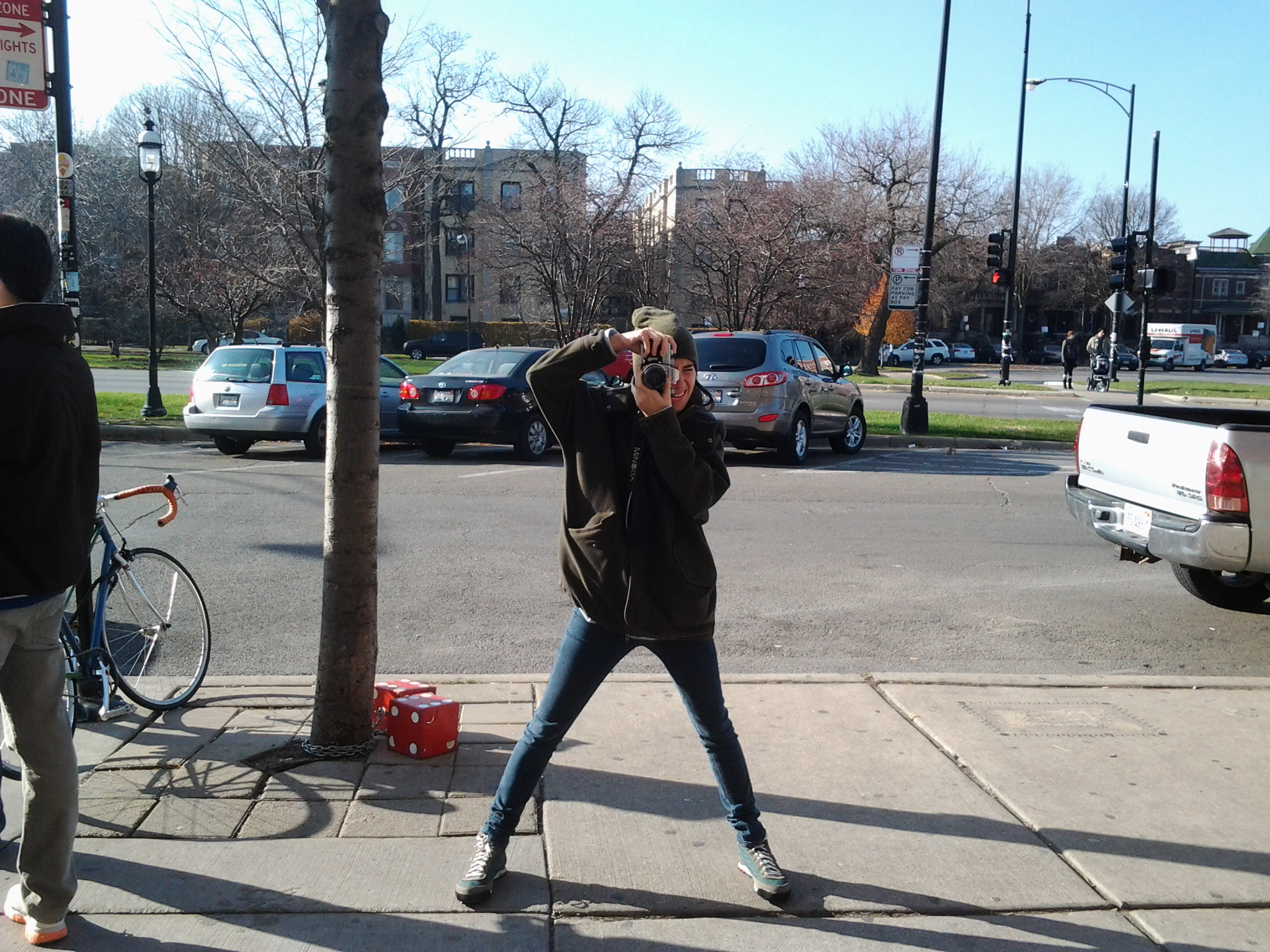 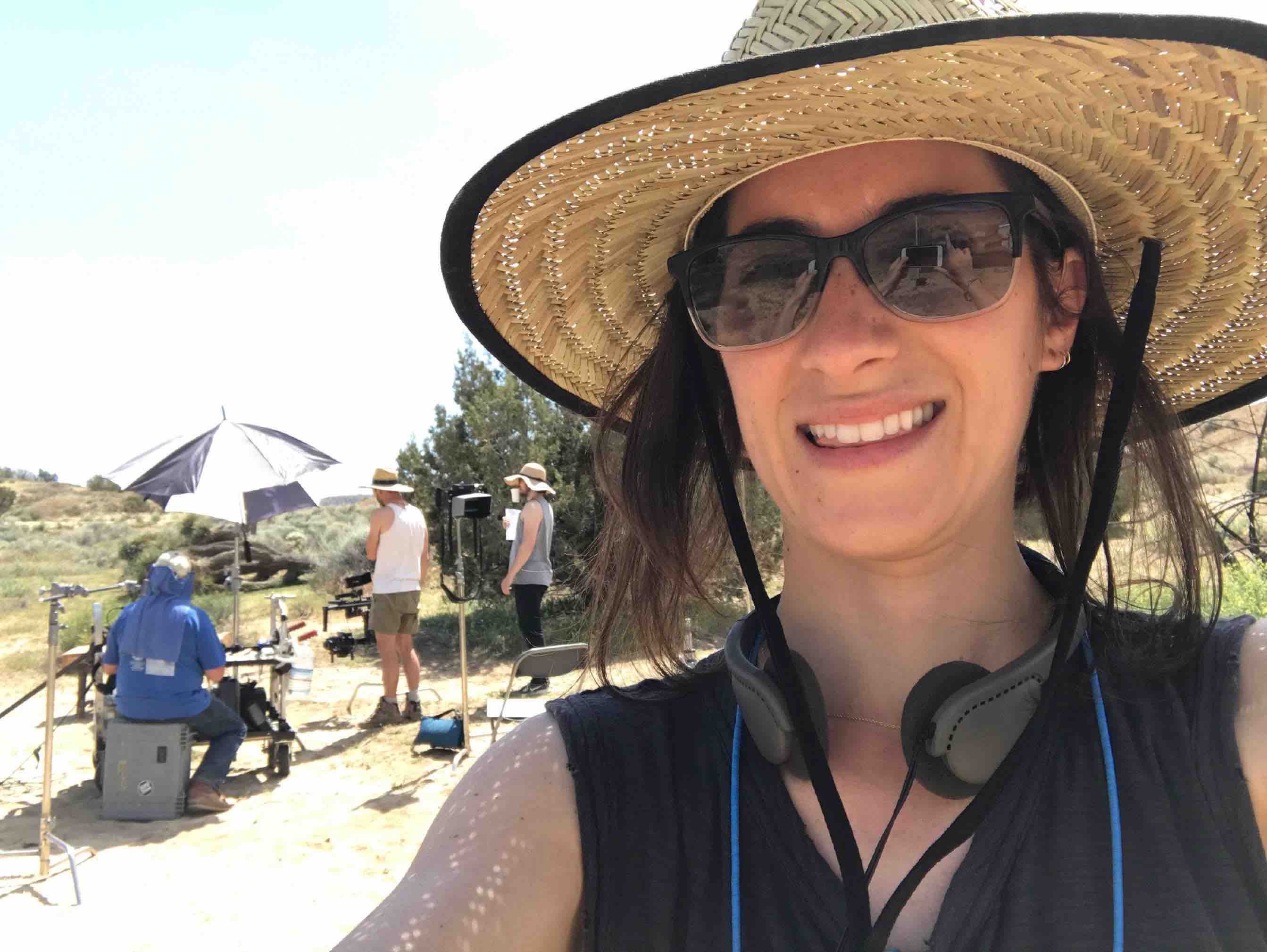 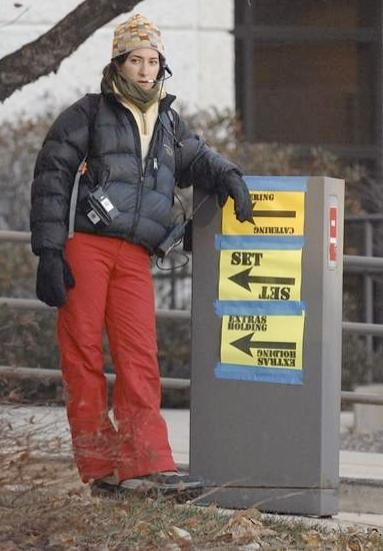 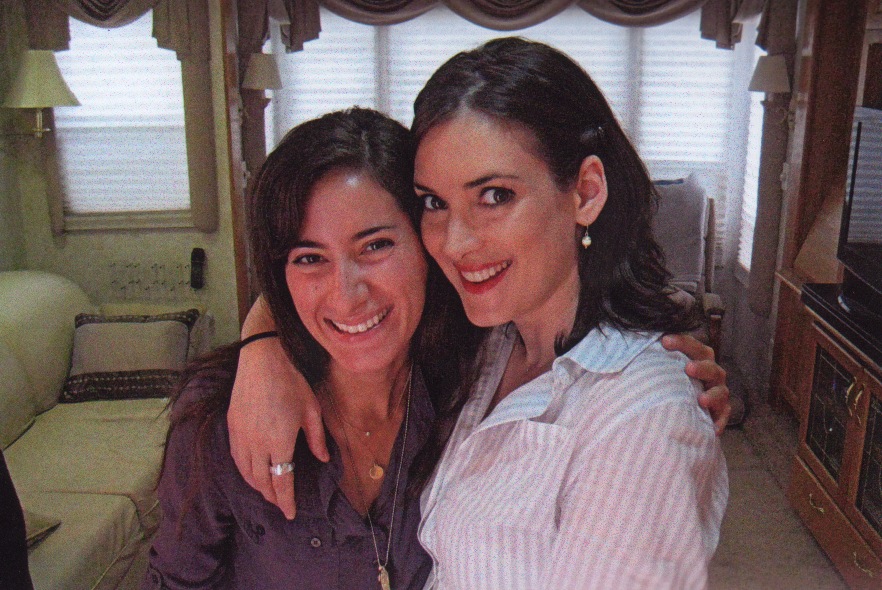