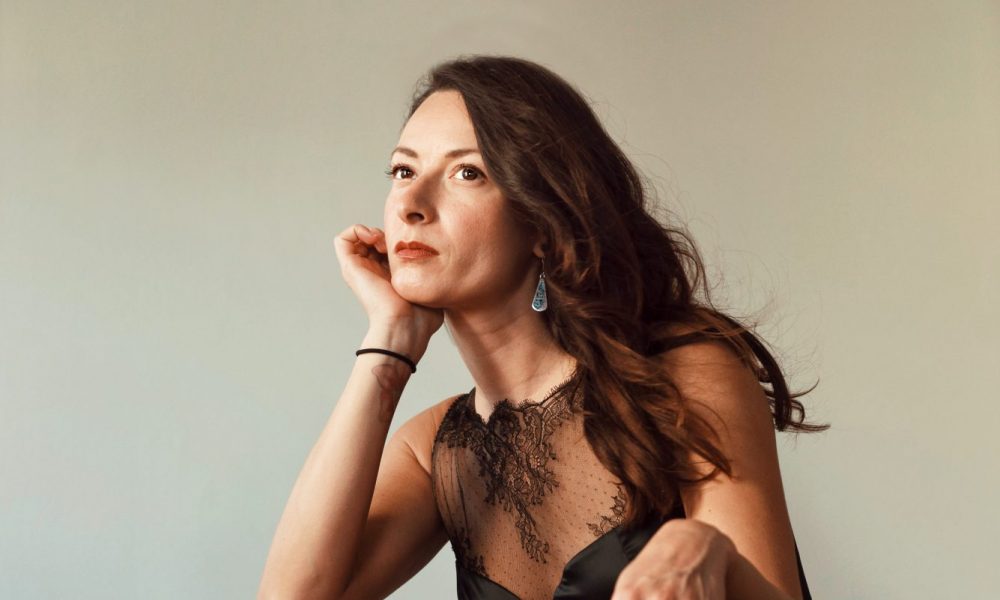 Today we’d like to introduce you to Alexandra Fehrman.

Thanks for sharing your story with us Alexandra. So, let’s start at the beginning and we can move on from there.
I’ve loved music all of my life, and when I was 15 years old my life pretty much revolved around it. I was going to shows every weekend, walking around constantly in headphones. I decided I needed to learn an instrument so I picked up a guitar and started lessons. Sadly, I was not a natural guitarist, and can’t play well to this day, but I’m so happy I tried because it led me into the recording studio. One day after a long lesson, I took a walk down the hall from the practice space I was using with my guitar instructor. At the end of the hall, I saw an open door to the live room of a recording studio, and then the door to the control room. I was in awe, I walked inside and asked the studio owner, Don Lithgow, what was happening in there. The place was a mess, cables everywhere, Don said “hey kid, you wanna help?” and he handed me, what we call in the recording industry a ‘snake’, which is just a multitude of cables wrapped up into one giant cable so you don’t have hundreds of wires everywhere. He gave me a few quick instructions and I spent the rest of that day helping him rewire his studio. I started going there everyday. I was hooked. DML Studios biggest client was Blink 182, so we did end up recording a lot of pop-punk. We also recorded lots of local bands, mostly rock, hardcore, emo, and then a few local mariachi and cumbia bands.

I ended up graduating high school early at the age of 16. I started attending the junior college and took a lot of great classes, but soon learned that nothing quite interested me like my love for the studio. I decided to drop out and go to recording engineering school at Musician’s Institute. Don, my first mentor from the studio was not impressed. He said I had everything I needed in front of me to be a good mixing engineer, that all I needed was time and experience, and that those schools are a scam. Though I agreed with him on some level, I thought it would be a good opportunity for me to learn a digital workflow as DML Studios was completely analog, a fact I am still grateful for today.

So I moved to LA when I was 17 and started at Musician’s Institute. I was exactly where I needed to be. I was so excited about being able to use their studios at night and having the freedom to learn new equipment and mixing tips from people who had worked in the business. My friends and I would book out their studio at least once a week to record our friends who were in other programs at the school. I hardly slept, I kept two part-time jobs to pay rent while I was in school full time and recording often overnight.

After school, I returned to Escondido and to DML Studios. Over time Don, the studio owner trusted me to stay and track bands on my own, he’d also let me mix and critique my work later. Of course, like all studios working as a zero-experience mixer, I was making close to nothing and working all hours of the night into morning. I also had another full-time job. Eventually, I got a third job at another recording studio in San Diego called Rolling Thunder. Like many studios, this one is no longer in business.

Only about eight months had passed before I decided I really needed to follow my dreams and move back to the struggle of Los Angeles to try to make it as a producer/mixer. I worked at a hip-hop studio called Atlantis (also no longer in business). There I found more long hours and a few wild encounters that left me wondering if this was where I was meant to be.

Around this time, I went to the theater and saw The Fountain. I was blown away with the score in that film, and also the sound design. I didn’t realize at the time all that went into it, so I asked my friend and former classmate Jillinda Palmer, who was working in post-production in sound design. It sounded amazing, a world where I can work in sound and work with music, still mixing in a very creative setting, minus all the drugs, alcohol and some other unmentionable occurrences.

Shortly after the writers strike in ’06 I saw a listing to be a scheduling assistant. After the interview, I was disappointed to learn that I did not get that job, but excited because I was presented with another opportunity. I was to ‘train’ as a mix assistant; this was unpaid until mayyyyybe there would possibly be an opportunity. I then kept my overnight job and trained during the day, sleeping very infrequently.

As I was an assistant, I tried to learn as much as I could often taking projects on the side from students or self-funded filmmakers. I learned design and mixing and spent a lot of time behind the faders.

Several years later, I started working on a comedy central show called ‘Workaholics’ and I was able to both design and mix on that show. From there, as I was building my credits I took jobs as a designer, sound supervisor and mixer. Now I am fortunate that I do all three things. I primarily mix, but when I have time, I like to be involved earlier as a sound supervisor or designer. I am proud of my client base and the projects I work on. I’ve now been mixing film and television about ten years.

We’re always bombarded by how great it is to pursue your passion, etc – but we’ve spoken with enough people to know that it’s not always easy. Overall, would you say things have been easy for you?
Like most anyone trying to pursue an artistic or creative path, my road was not smooth. Both the music and film industries are very competitive. It didn’t take long for me to realize getting a job in sound for film was just as challenging as my previous experience in music. I was working between the hours of 3am and 11am. Every night (or early morning), I’d scour the job sites to see if there was anything available in sound anywhere.

People can spend years trying to get their shot. In my case, I started very young in music and perusing this as a female was pretty rare. I was told at job interviews that they had hired one female before, and she didn’t work out so it was too risky for them to hire me. I had someone on an interview tell me that because I was female clients wouldn’t “trust” me. Once I did start getting jobs, clients and co-workers were constantly asking me why I wanted to do this to myself, that working these long hours were tough. Because of the fact that I started so young, it was really hard for people to take me seriously as an engineer being a 19 years old ‘girl’. I always had to brace myself for the hazing period, which was the period of time in the room with clients in which they really believed they had gotten duped and they were stuck working with someone who had no idea what they were doing. I could see it in their eyes, they were hesitant to give me their all as a performer because they had fear that it wasn’t ‘worth it’ with me behind the desk. I developed ways to really gain confidence fast. I’d make sure the artist’s headphone mixes were set up in a way where I could adjust them easily, I made sure I was familiar with their previous work, I would make sure to verbalize ideas right away so that I would gain their trust faster. This became sort of a game to me, I knew what they saw on first impression, and it became fun for me to prove them wrong in the shortest amount of time. Ultimately this made me a better mixer, but it is never a good feeling to be judged based on things that have nothing to do with your work.

In addition to these specific struggles, I also had struggles with money, often having two or more jobs in order to have a place to live in Los Angeles.

We’d love to hear more about your work and what you are currently focused on. What else should we know?
My business as a sound mixer and designer is an interesting blend of artistic and technological skills. I work closely with film directors and producers who share with me their creative visions and how they want sound to influence their film. Sound and music are such subliminal art forms, powerful, yet often unnoticed. They can be used to make people feel emotion, to help locations come to life and really set you into a scene, they can be used to inform the audience of unspoken story points, and above all, the mix must be pleasing to the ear, so the overall shape of the dialogue tone and music have to all exist in harmony. I specialize in films or shows that rely heavily on sound design, whether it be as mood setting as curated winds to help a place feel desolate and lonely, or as prominent as creating the weight and mechanics of a time machine.

Because of my music background, I also specialize in films with a lot of music, such as Wu-Tang: An American Saga which I mixed this last year at Formosa Group. I believe what I offer clients is unique because of the careful thought that goes into the choices that are made, the openness to collaboration, the true desire to help tell a story the way it was intended, and of course, the sound quality that happens as a result. I’m also very proud to work within a network of very talented sound people, choosing the right crew to work with on a sound team makes all of the difference.

Has luck played a meaningful role in your life and business?
The idea of luck playing a role in my life and business is hard to measure. I know I’ve had both good and bad. I’ve had very lucky encounters. I once worked on a film called Killer Joe and met a very talented picture editor named Darrin Navarro who was plugged into a network of amazing independent filmmakers. Over time I began working with inspiring directors like Shaz Bennett, Azazel Jacobs and Diaz. As a result of those relationships, I have had some of the most rewarding and expansive experiences mixing. I feel like luck has a lot to do with who you meet and when, but then building those relationships and continuing to connect creatively is up to you.

I can name several instances of bad luck as well, but I have jumped those hurdles and now I’d like to focus on the future. It’s my job to take down some of those hurdles for people making their way up. I’d like to see more resources become available for women and BIPOC who have struggled getting a job in this field. 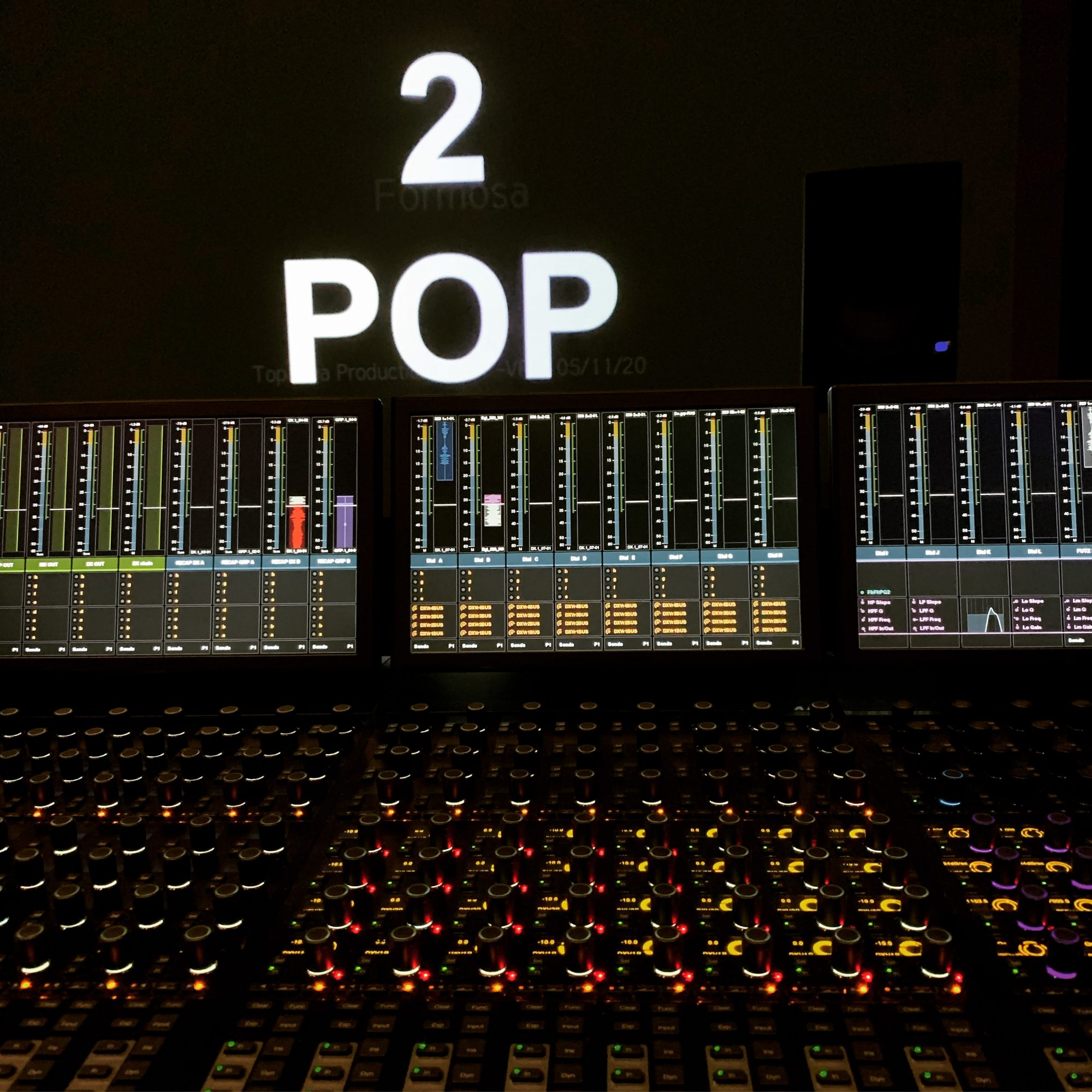 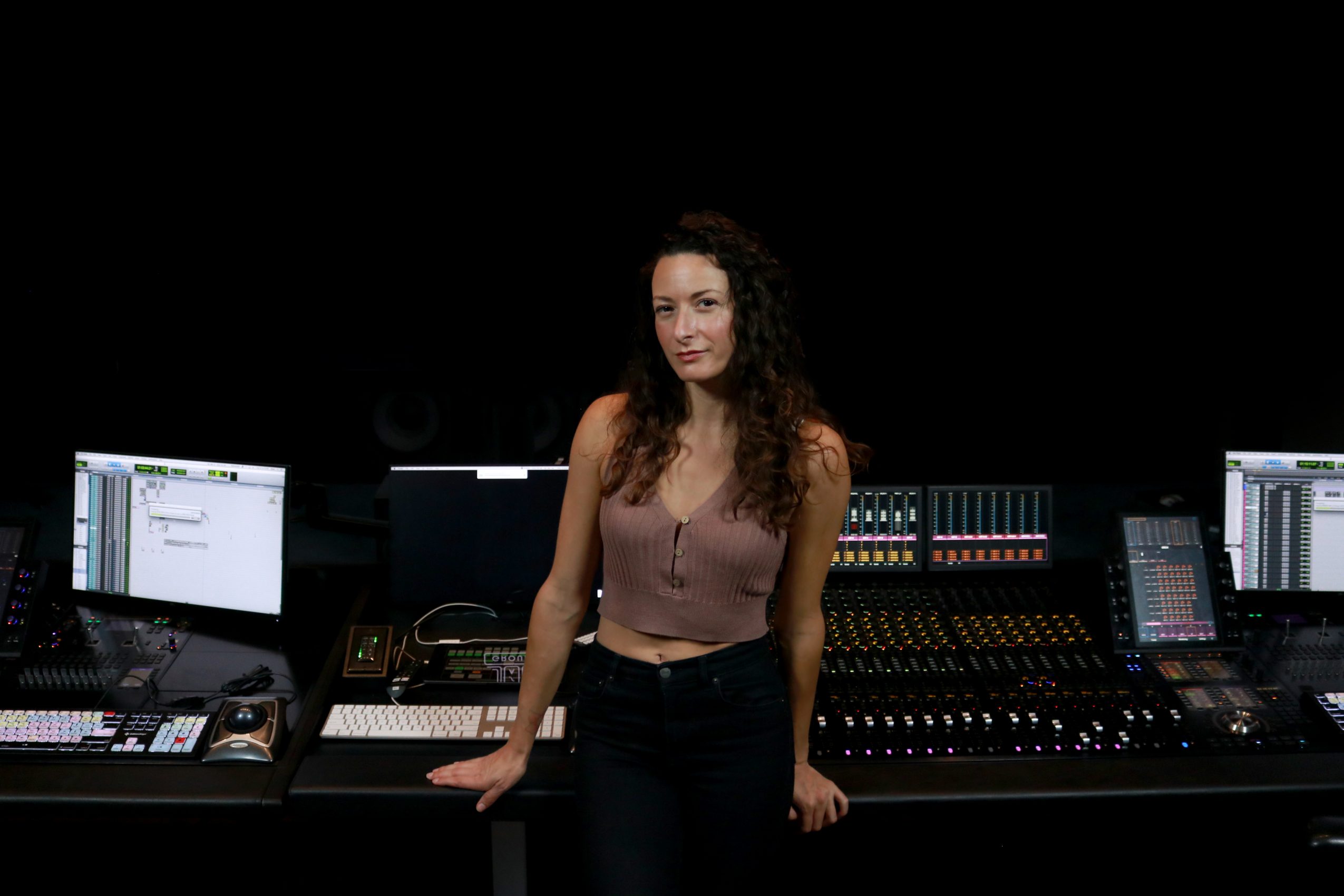 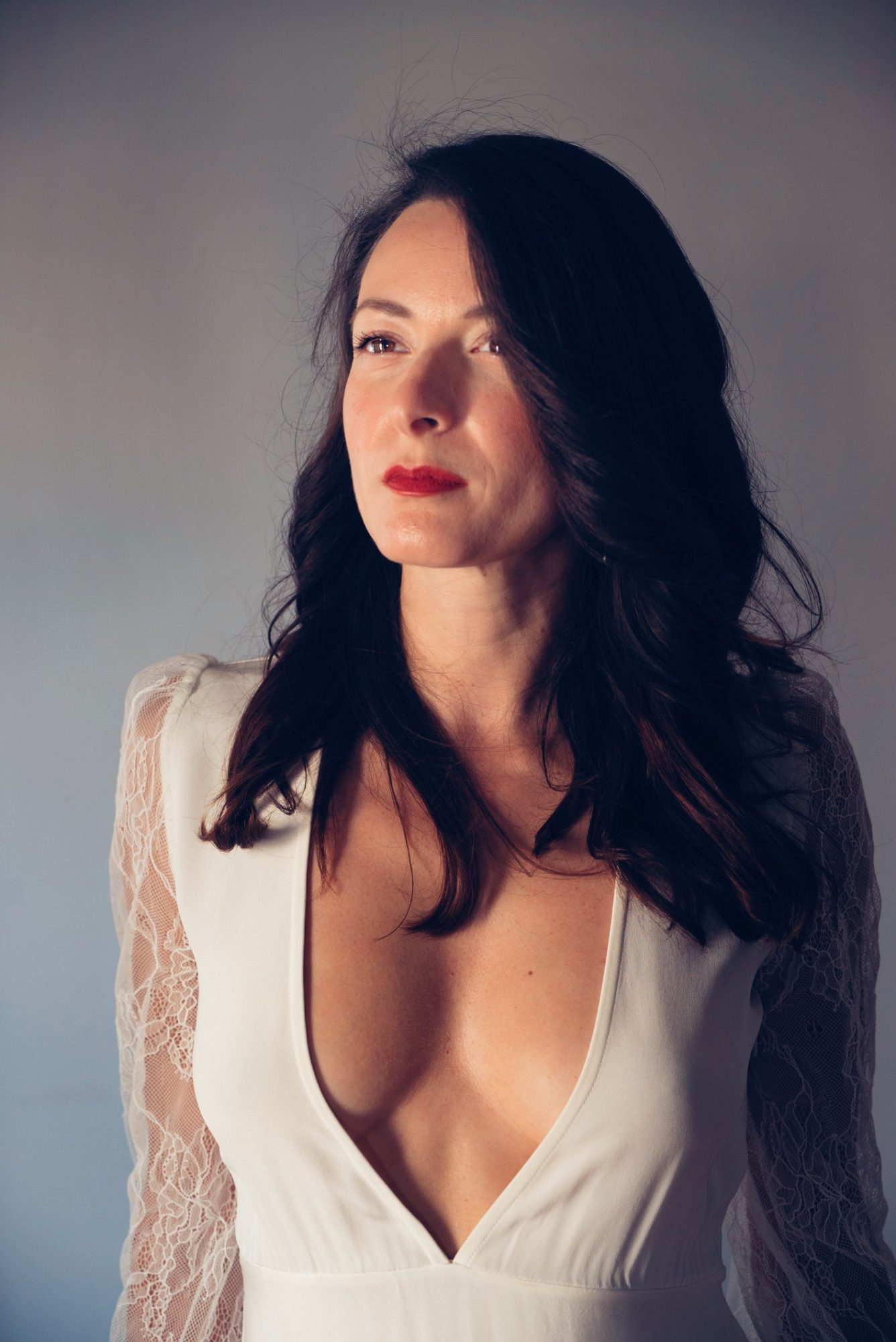 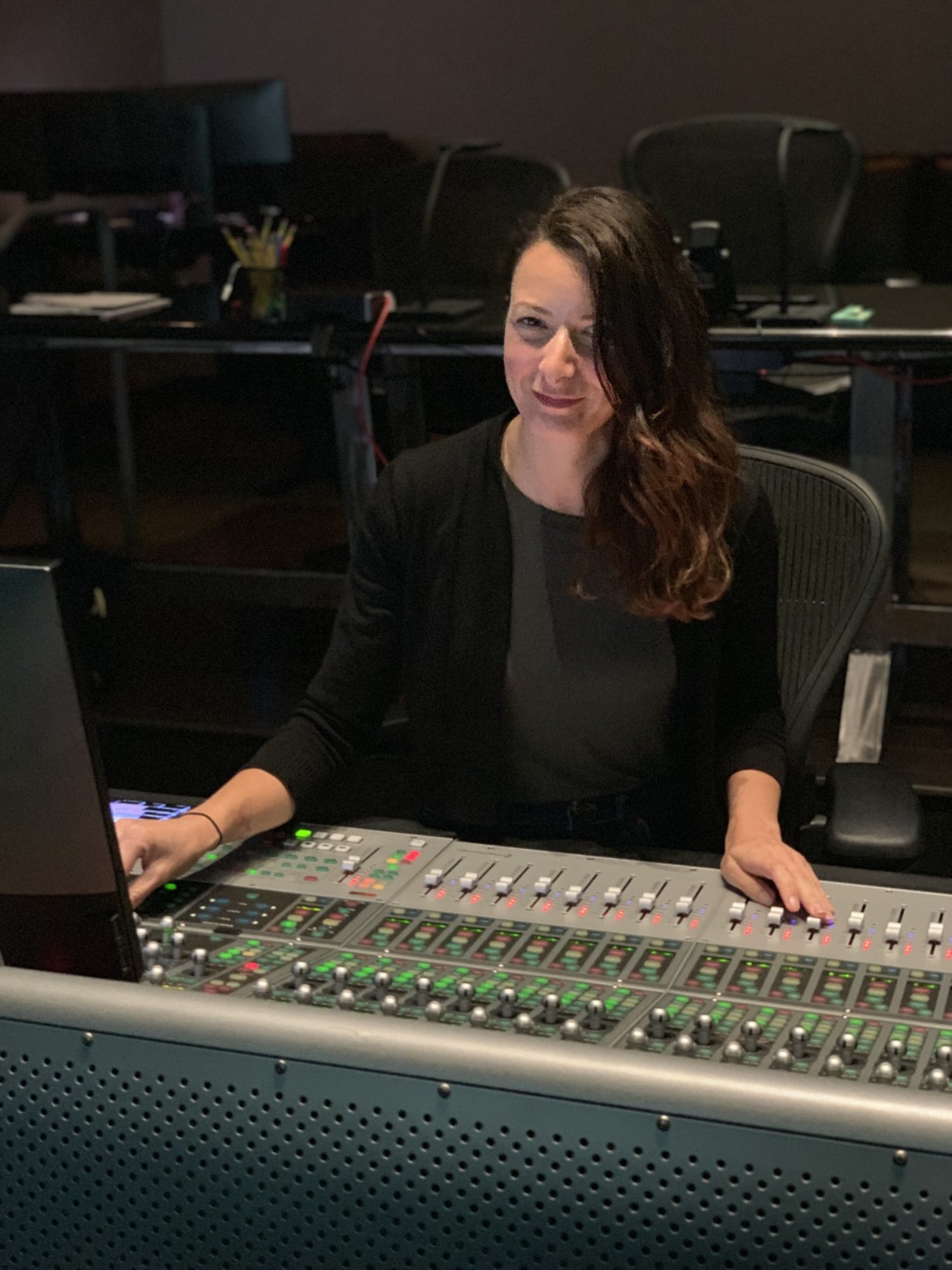 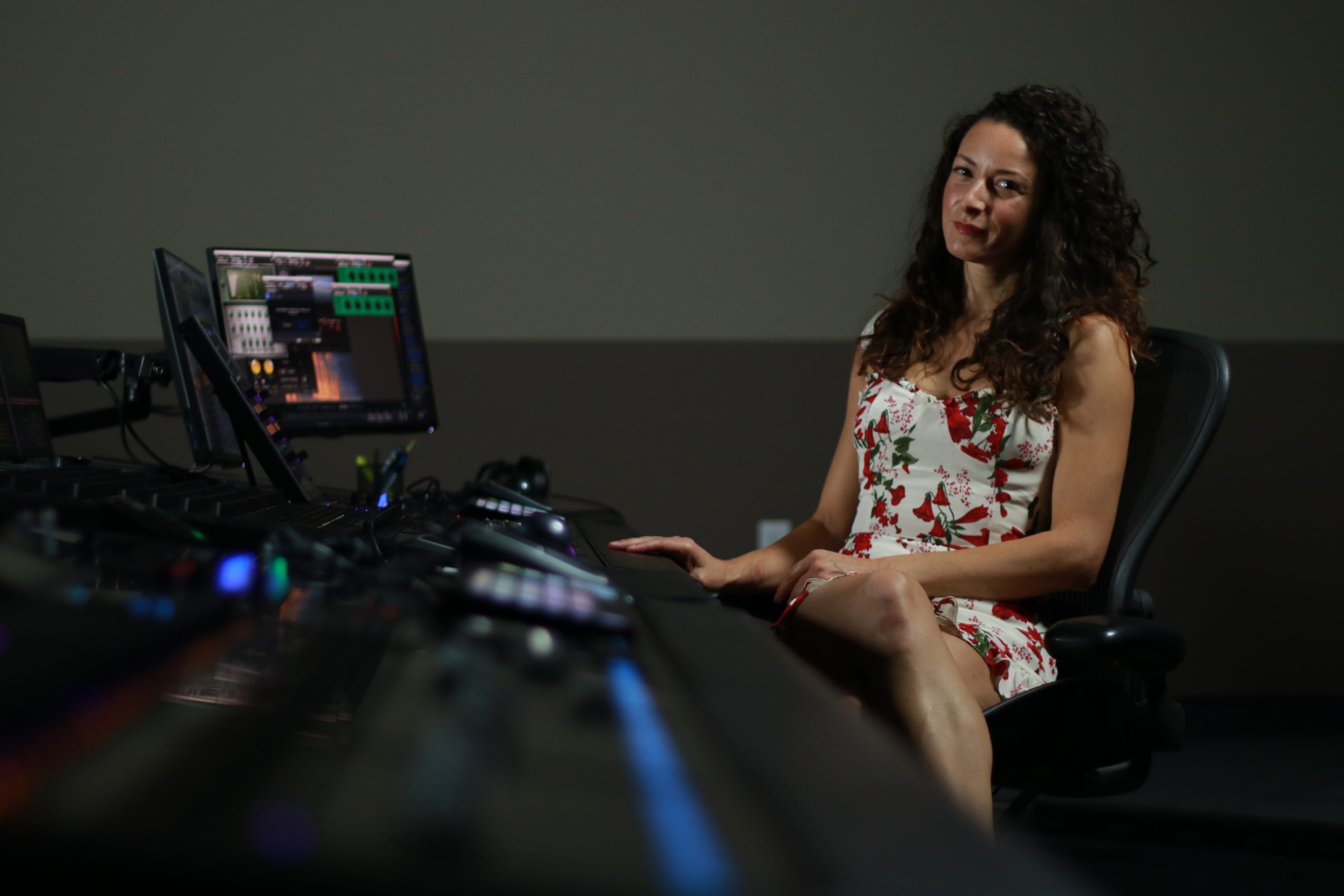 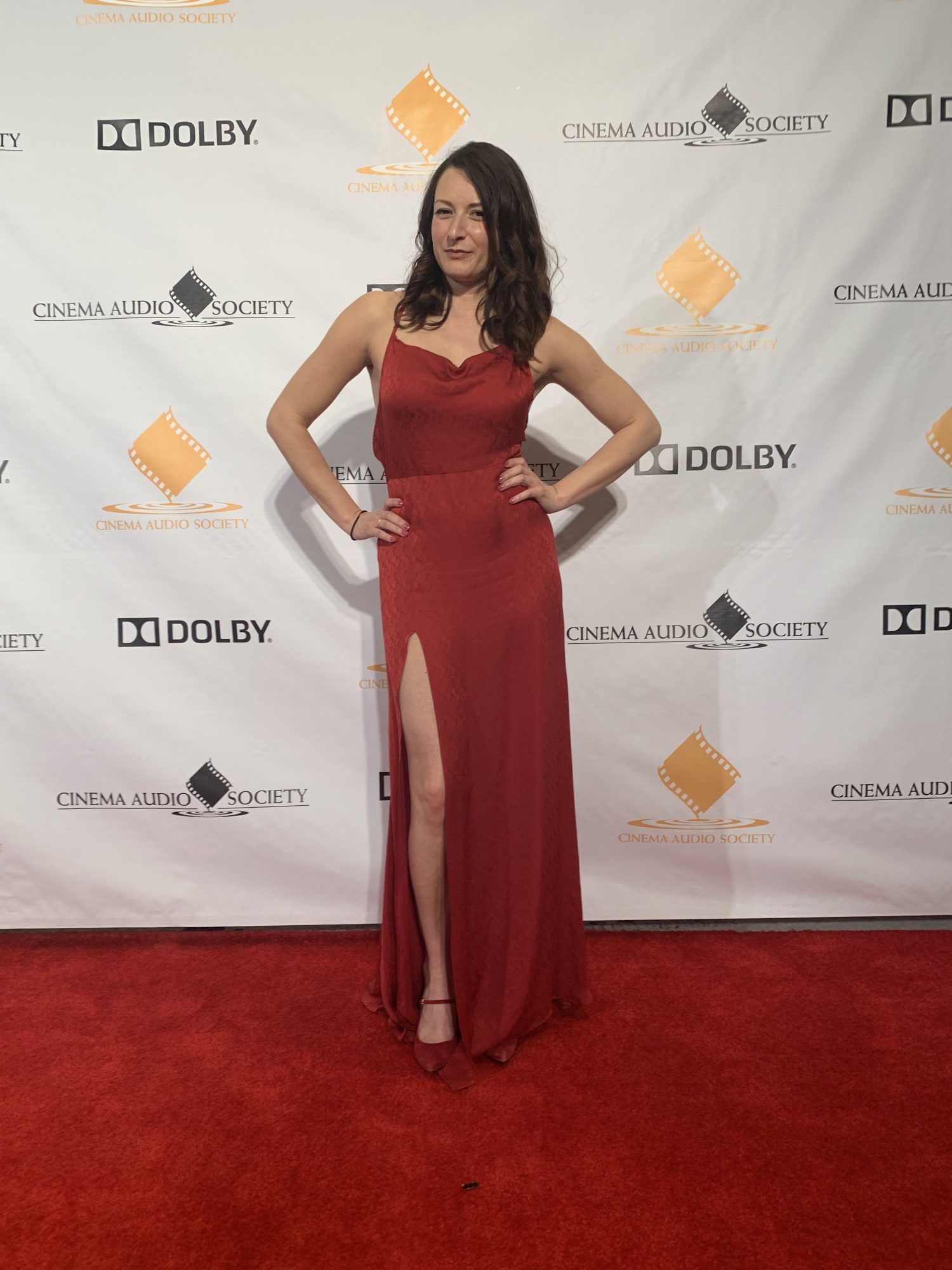 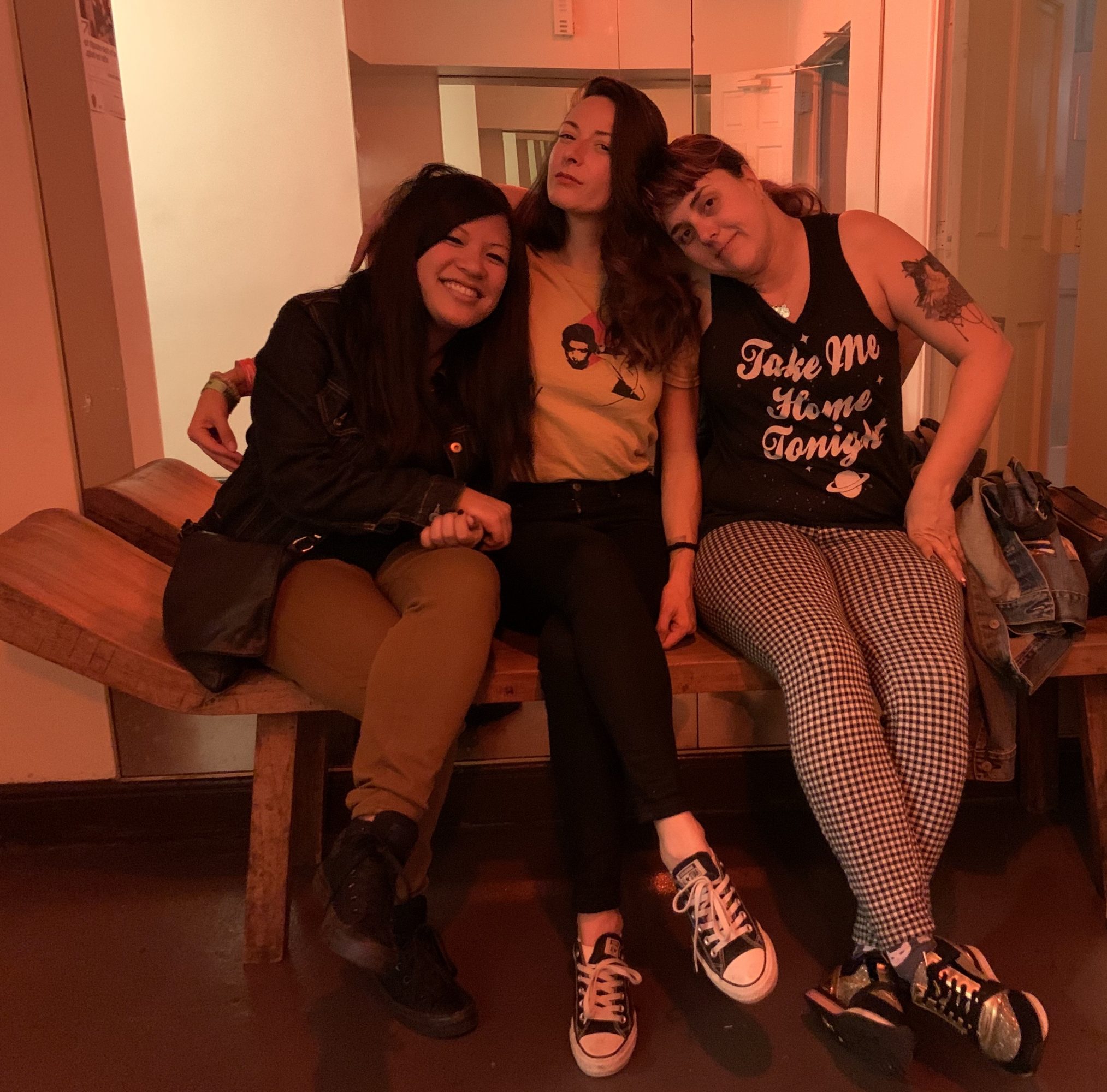 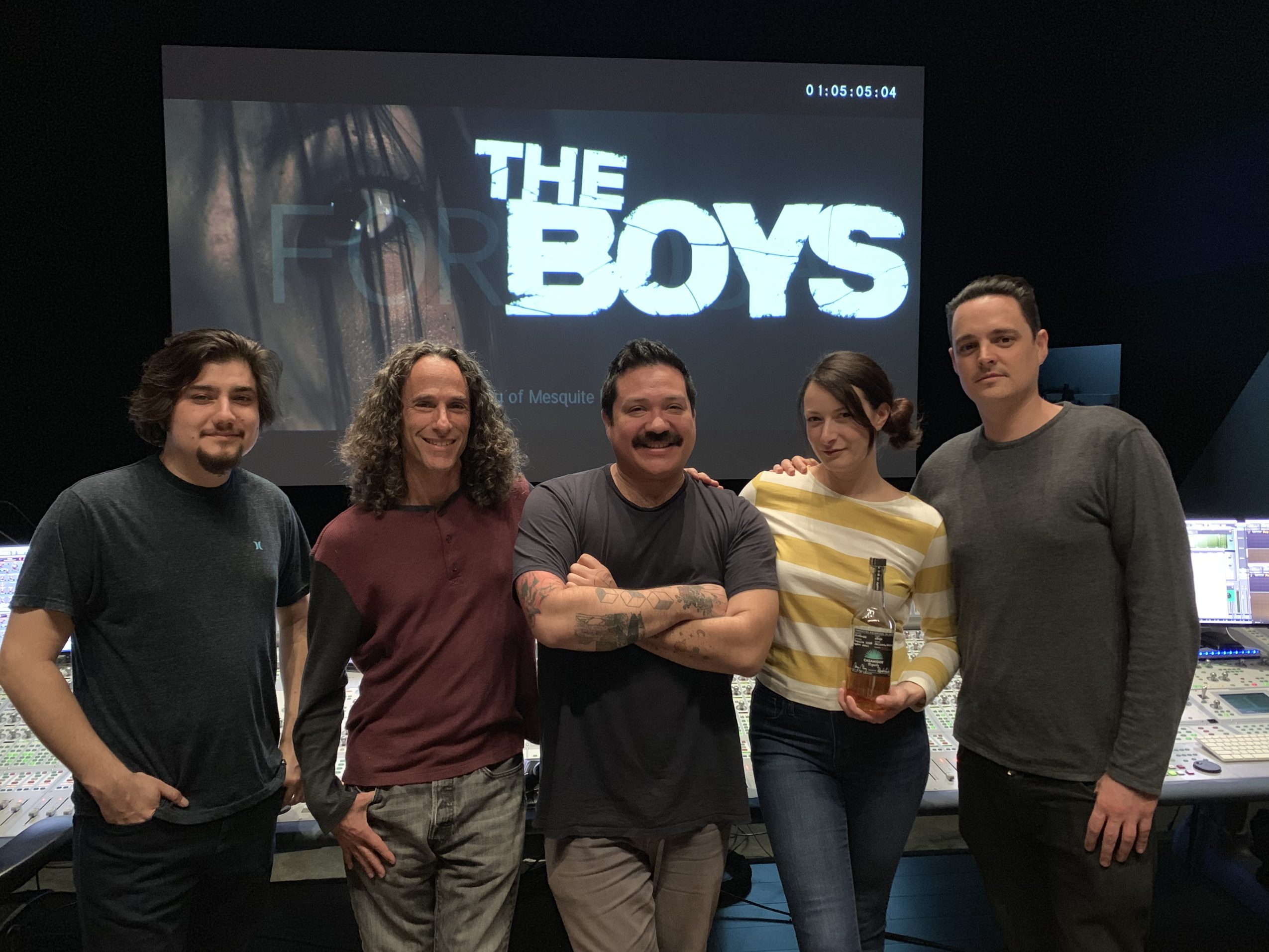