Meet Alexander Millar and Prentice of VATTICA in Downtown 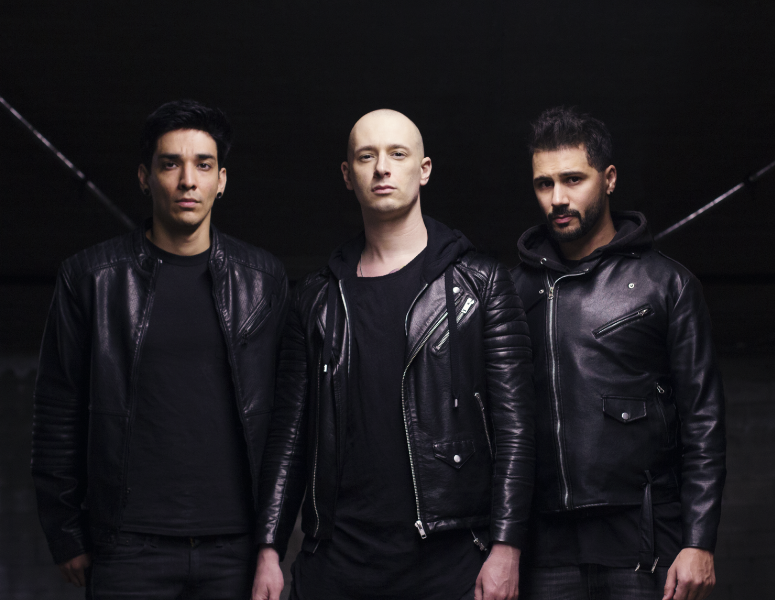 Today we’d like to introduce you to Alexander Millar and Prentice.

VATTICA is an American alternative rock band from Los Angeles, California. Formed in early 2014, the band quickly built an impressive local following in Southern California, including on the infamous Sunset Strip, performing at legendary venues such as The Viper Room, The Roxy Theatre and The Troubadour. VATTICA’s bombastic and energetic live show caught the attention of Another Century/Century Media Records, who promptly offered the band a recording contract.

VATTICA then set about refining their sound, which quickly coalesced into an arena-ready style reminiscent of alternative chart-toppers such as Muse, OneRepublic, PVRIS, Our Lady Peace and Imagine Dragons. Next, VATTICA entered the studio to begin recording their debut album at The Mix Room in Burbank, CA with veteran producer Ben Grosse (Breaking Benjamin, Daughtry, Filter, Red, Vertical Horizon, Third Eye Blind).

In 2017 VATTICA finished their debut album, entitled “WE SURVIVE”. At the same time, Another Century was absorbed by RED Music which ultimately resulted in VATTICA deciding to part ways with the label. VATTICA then joined forces with new management and released their first single, “REMEMBER TO BREATHE”, on their own label, Villas, in early 2018.

Great, so let’s dig a little deeper into the story – has it been an easy path overall and if not, what were the challenges you’ve had to overcome?
Prentice (Drums): I don’t think there is one person in the history of the Entertainment business to have a “smooth road”.

Alexander (Lead Vocals, Guitar) I mean, the short answer is no. (laughs) Prentice and I moved to Los Angeles, formed a band, got signed, recorded an amazing album and then our label sat on us. We had to go through a whole 2-year battle to get out of our contract and get our music back.

Please tell us about VATTICA.
Prentice: Most proud I am as a band would probably have to be we’ve been able to stay together for so long and still get excited writing, recording and playing. That’s pretty rare when you think about local or even national acts.

Alexander: Yeah, Prentice and I have been writing and playing together in different bands for over 13 years so I feel really fortunate that we’re still good friends and collaborators.

Prentice: What sets us apart from others is that we’re our own band and voice. We think our own way, play our own way and write our own way. It’s our own fingerprint on the music world. Our own identity. I know that sounds ridiculous but, IMO it’s the same as looking at humans in a crowd. They all don’t look the same, talk or even act the same. On a large scale they are human but take a closer look at each individual and each one is unique. I feel that in our band. We’re part of the “Rock race”, but individually we are very, VERY unique. Our ideas and delivery of music are one of a kind.

Alexander: I think the thing that sets us apart is our ability to write incredibly catchy music while still having any kind of meaningful content. A lot of bands have catchy songs, and there are some bands who have something to say but very rarely are they both one in the same.

Do you look back particularly fondly on any memories from childhood?
Alexander: I was fortunate to have a fantastic childhood, so I have a lot of favorite memories. It wasn’t until High School that things went south (laughs).