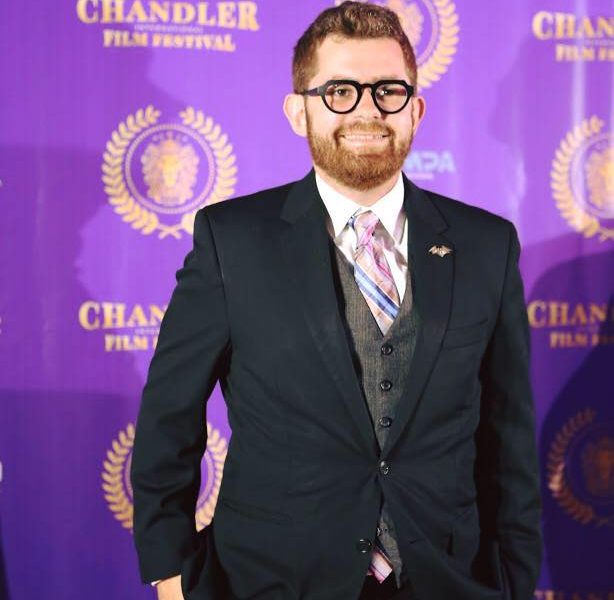 Today we’d like to introduce you to Alexander Helisek.

Alexander, can you briefly walk us through your story – how you started and how you got to where you are today.
One time when I was in college, I was sitting in the quad with a group of friends as we were talking about what classes we had together. I was studying Archaeology at the time and I had just moved into my super small dorm and meeting my peers.

While we were together, I looked through a giant walkway that was constructed in the dorms and saw a palm tree waving in the breeze with cobblestones leading up to it, and I went wow, that looks it would be a cool movie company logo.

After I finished college, I packed up my things and moved out to California in 2011. I knew NO ONE, I had never been to California in my life, I didn’t know the layout, the areas, the people, the industry, absolutely nothing. Everyone called me crazy, and to some degree sure, I am, but isn’t everyone sometimes?

My adventure started at The Santa Monica Hostel because I wanted to be by the beach. Wow, to see The Pacific I thought, would be a great start to the adventure. On Feb 16th, 2011 I landed in Los Angeles and embarked to Santa Monica to see my first West Coast Sunset. It was epic.

I turned to Craigslist and found my first apartment up in Van Nuys with three other people. A sketchy roommate who worked on a show with Jay Leno, a foreign couple who were sweet, but did not tell me they were leaving the country and I would be home searching again, like a week before it happened. Wild Times.

My first job was at The Walt Disney Concert Hall working the food line and cashier, it was something steady and money making to pay the bills. This would lead further into the world with The Patina Restaurant Group while working at The Hollywood Bowl for a few seasons. When the seasons were not really cranking with shows, I would work Lyft driving people around or doing background work.

The early years were fraught with challenges like you would NOT believe. Living in my car for a few months, The Bed Bug Epidemic destroying my life and everything I had, Landlords stealing my personal belongings, Andy Dick destroying your home because he is sleeping with one of your roommates, People tripping on Acid outside your room at all hours of the night, Shitty Producers you work for that eat you up and spit you out, Gurus who you lead you down false paths and level your bank account, yes, everything.

To get out of the crazy for a little while, I enrolled in Film School at The Art Institute of California-Hollywood in NoHo, and this is where I first began my interactions and experiences with Industry Professionals that I still keep in contact with to this day, and create long last friendships and partnerships. The living arrangements were still not too comfortable though, 4 people in a 2 Bedroom does not leave much space or privacy for anyone. But it is better than the 4 People in a 1 Bedroom situation I was in before that.

Then in 2013 I said enough to all of this and got my own place, which gave me grounding and finally stability in my life to create, grow, network, build, and produce all different kinds of things, from Documentaries to Feature Films, Media Press Coverage and Freelance Videography, the world began turning a little smoother.

It took a long time to get the company name out there, a solid 4 -5 years to build the brand and to this day the grind continues, but we have accomplished some great things along the way:

Breezeway Productions – what should we know? What do you guys do best? What sets you apart from the competition?
Breezeway Productions is a multi-faceted company that creates media content in the form of Feature/Short Films, Red Carpet and Event Coverage and other production needs. It’s like a hydra, many different hats could be worn to work with Breezeway. If a company were considered a ship, it would be my duty to be the captain at this point in time, but I work closely with many different colleagues that I enlist when a client or an event comes along, so we can dive into that further.

Let’s say there is a sports event that is coming up, in this case, The ESPYS, then we would work closely with the publicists and event organizers to get them the best media/videos for their clients or further productive employment opportunities. I would then look at the talent/event that is in the Media Alert and then reach out to a host I feel is qualified/experienced with the talent that will be at the event so the conversations will be more fluid, instead of like “Hey, uh who are you”?

We have hosts for numerous divisions, but our main focus is Film and Entertainment. Other categories include Food, Sports, Technology, Gifting Suites, Politics, Video Games, and Pop Culture.

My specialty would be Producing as the main center of all things. I handle the correspondence between all parties including PR, Host, Editor, Graphic Designers, and the whole lot. It’s important that all communications are understood between all parties, and my main goal is to make sure that is what happens.

The proudest things that Breezeway has accomplished, I believe would be this:
1) Our film, The Convicted, Accepted into The Cannes Film Festival 2016 (Also Screened at 20 other festivals)
2) Covering and Attending The Emmy Nominee Receptions / LA Film Festival 2017
3) Working Hand in Hand with Guilds/Organizations (SOC, DGA, CAS, ADG)
4) The Film, All My Brothers, Screening in 5 different states and attending all screenings to promote the film
5) Our Feature Film, Lack of Cockery, currently available on Vimeo and Amazon Prime
6) Meeting and Interviewing Celebrities Along The Way: Martin Sheen, Moby, Michael Keaton, Paul Sorvino, Aubrey Plaza, Mollie Shannon, William Shatner, James Hong, Thomas Middleditch, Ava Duverney, Matt Ross, Terry Crews, Dolly Parton, and so many more.

I’m not sure I know another Production Company that does the things that we do, but how we really stand out is our wide array of faces that we have on our team, and also the content we cover is all the hot happenings around Los Angeles!

What moment in your career do you look back most fondly on?
The proudest moment, after thinking back through everything, was to have my mom fly out to Los Angeles for my first film screening premiere at The Chinese Theater in Hollywood, that was an emotional time. How could this kid from Long Island, New York ever even think that a moment like that was possible?

It wasn’t some Oscar Winning, Mind-Blowing World Event, but to my world, it was groundbreaking and emotional.

My family communicates through movies, we love movies. We have our family classics we quote to each other all the time, we see movies together, we love the art and the craft of it. So this was the biggest moment for me. 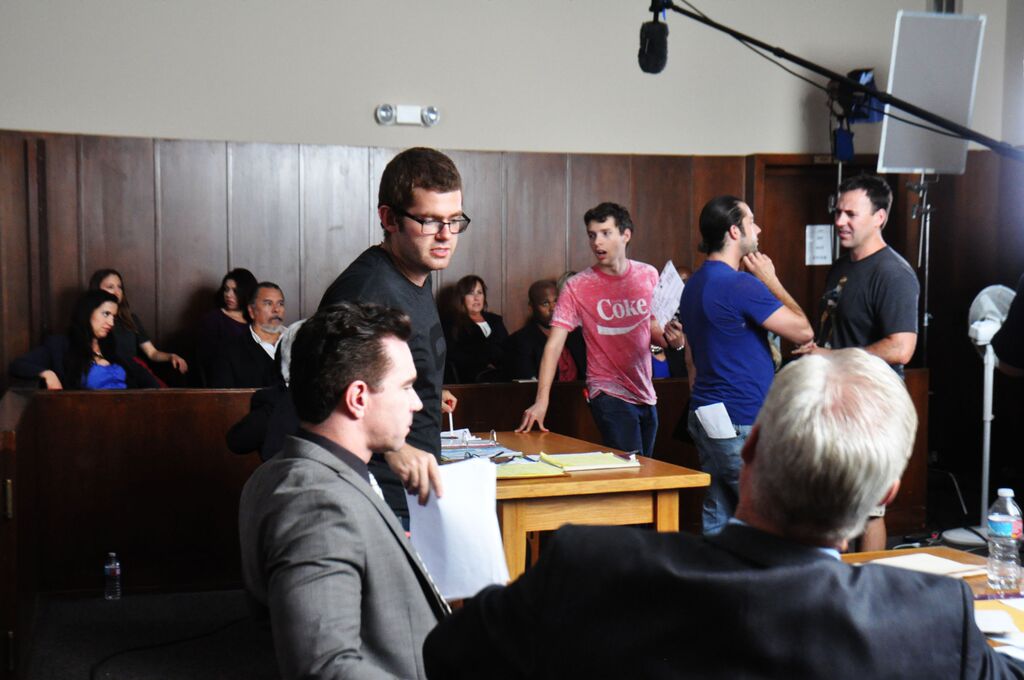 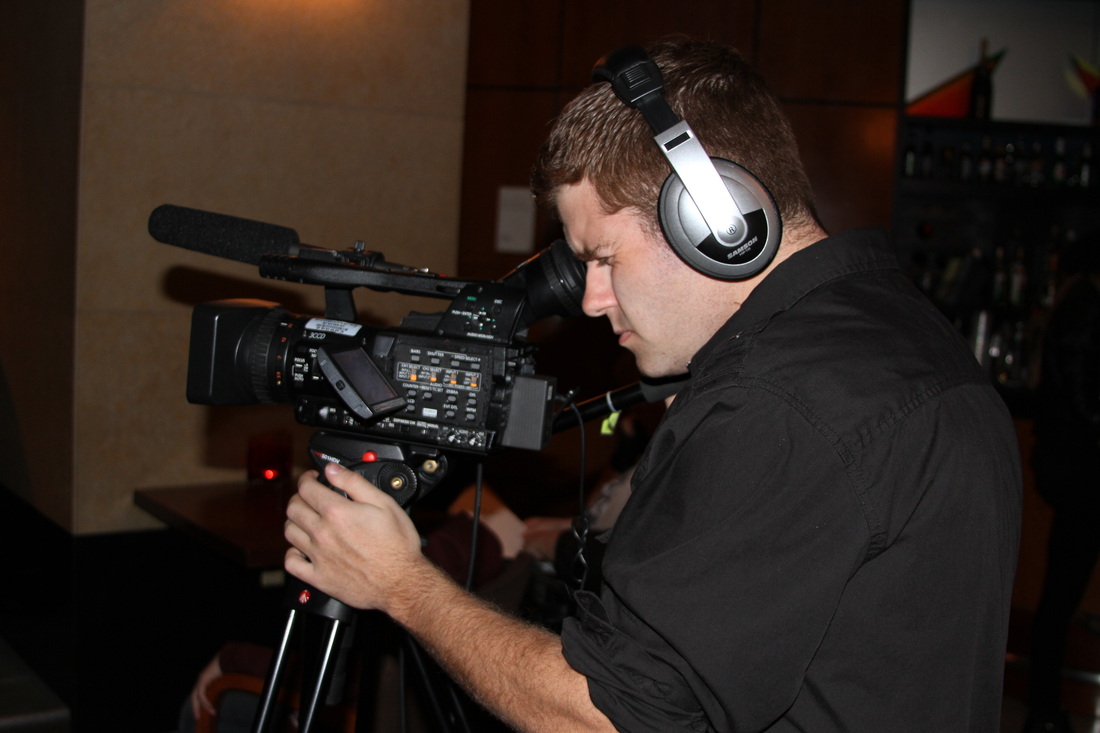 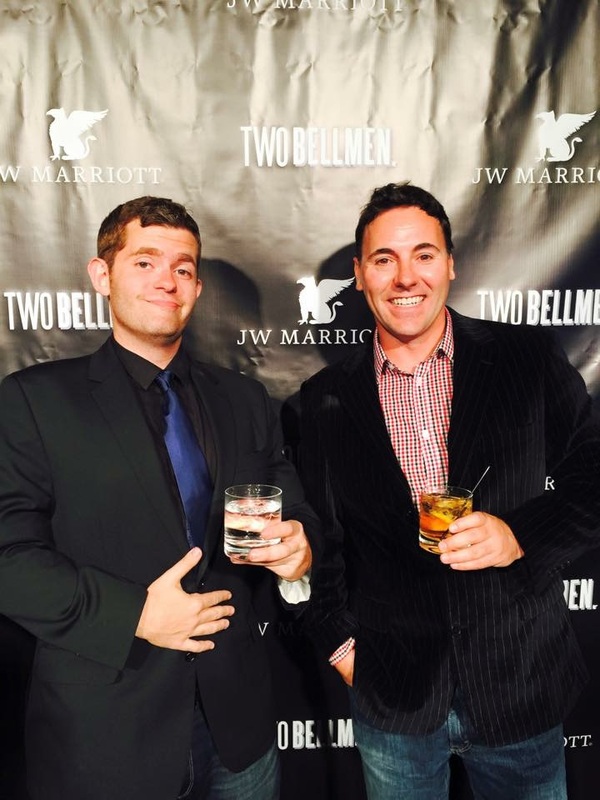 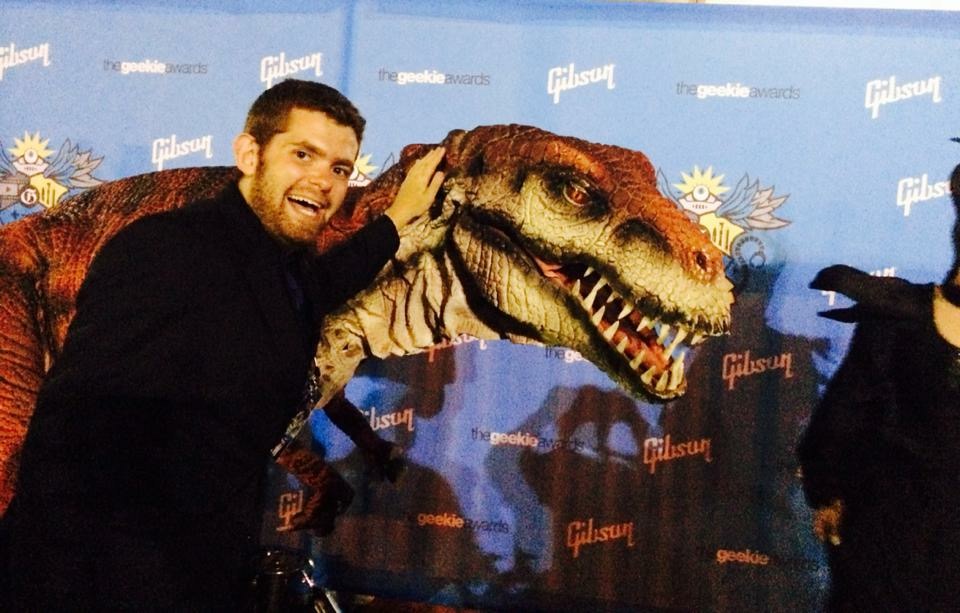 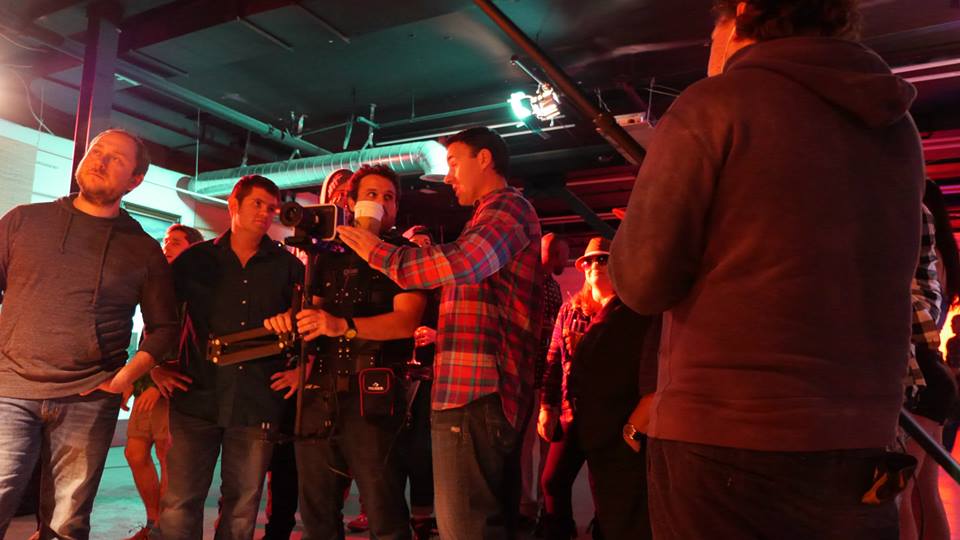 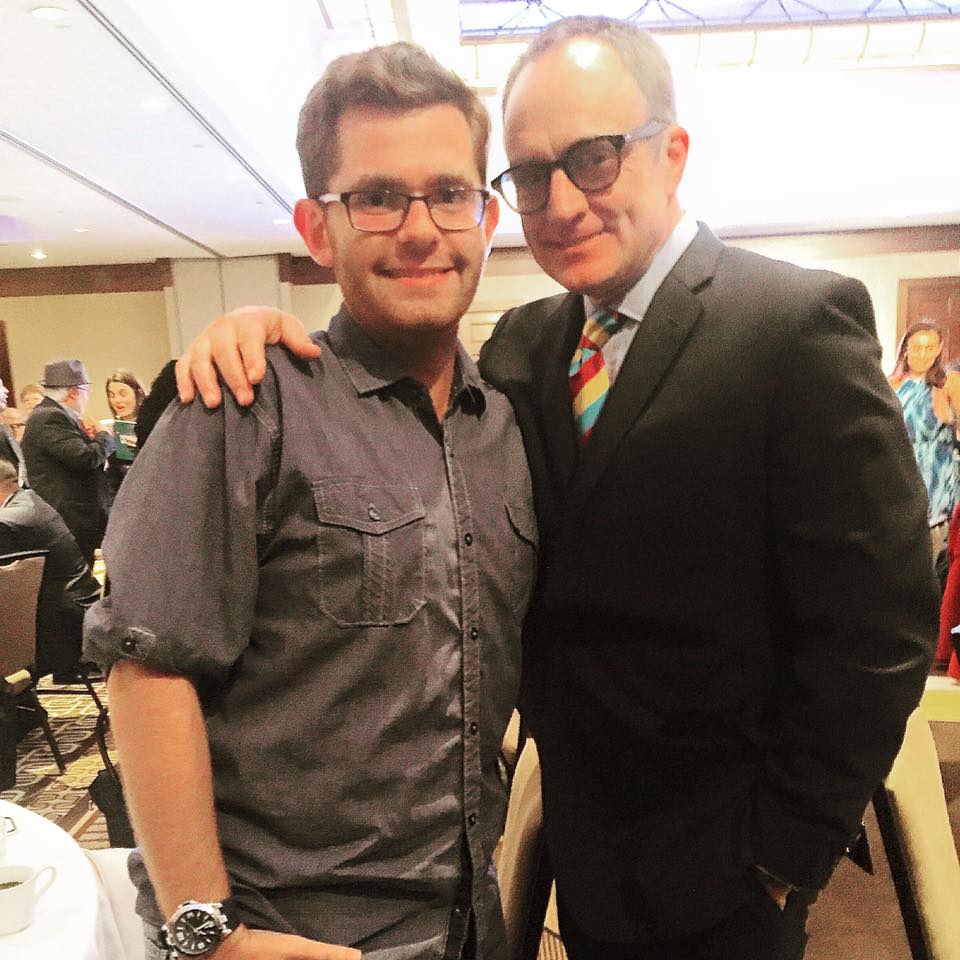 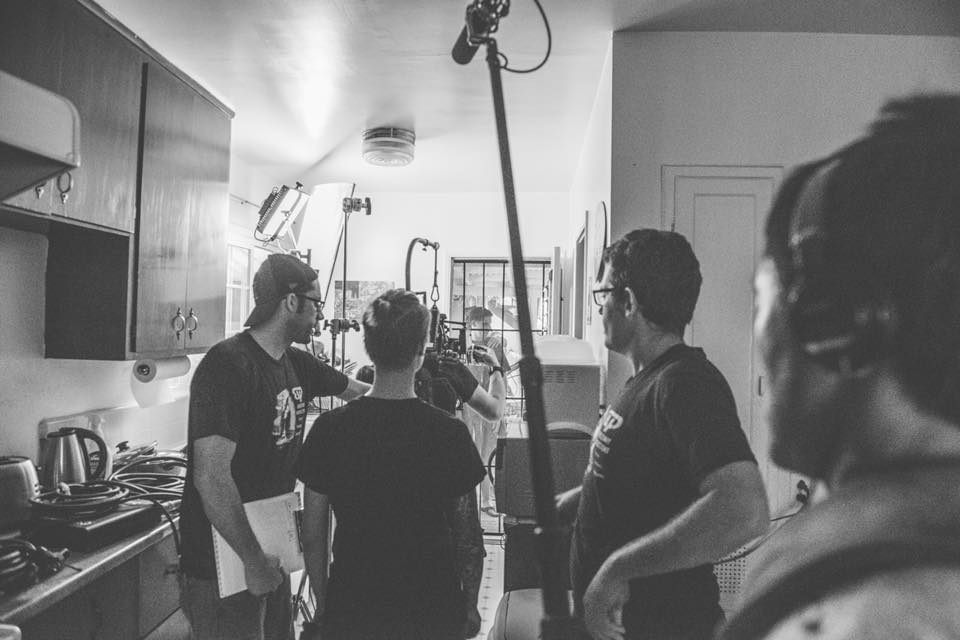 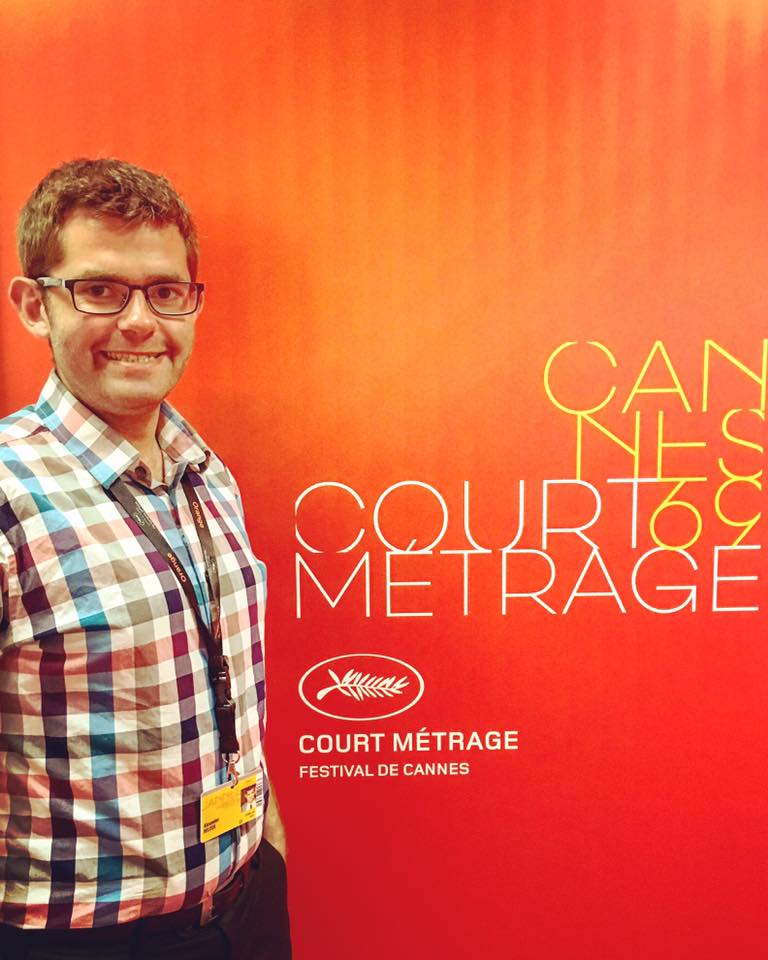 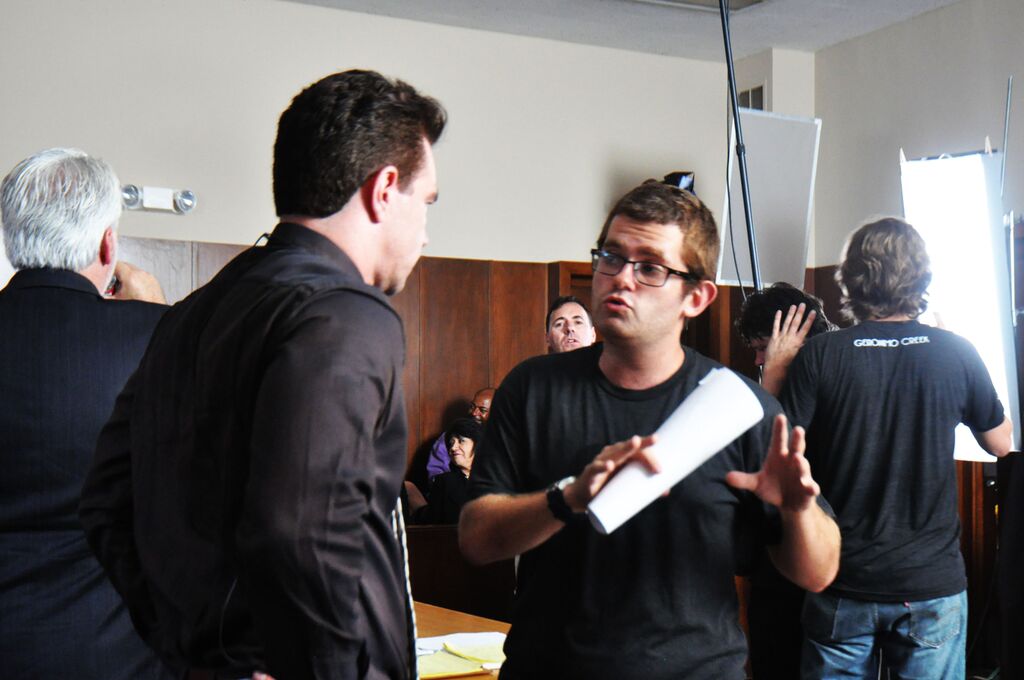 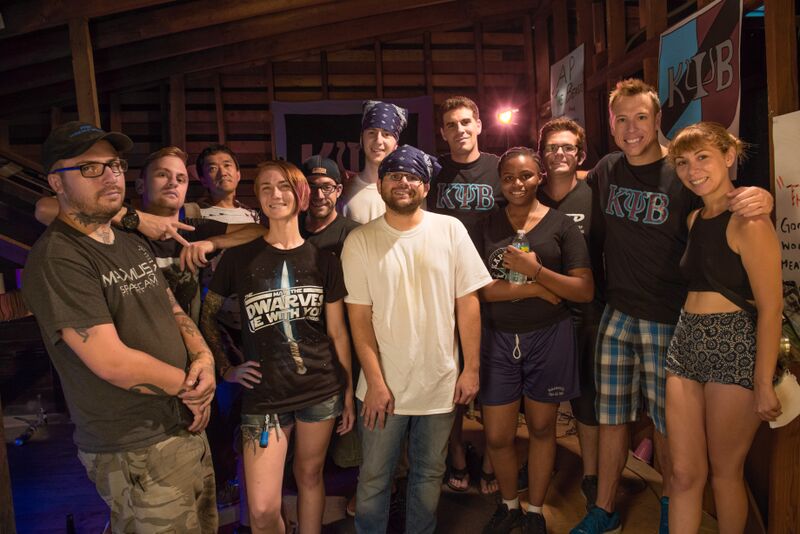