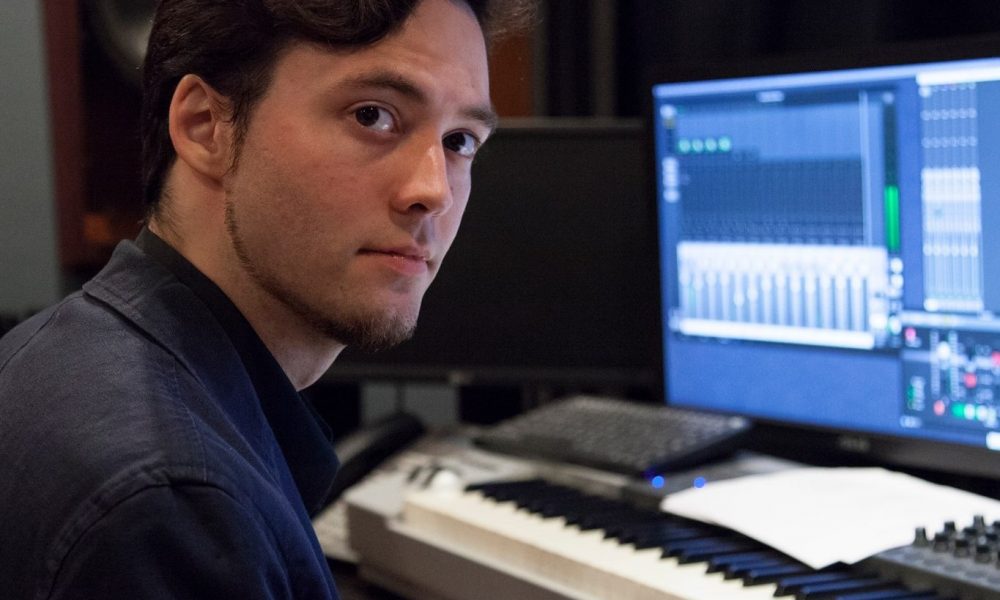 Today we’d like to introduce you to Alex Winkler.

Alex, can you briefly walk us through your story – how you started and how you got to where you are today.
My journey through music has been long and winding. When I was first starting out, my fascination with technically dazzling guitar solos lead me to rock/metal. Since I was a pianist, however, it was hard to find a place in that music. So, my next passion was guitar and drums, which I eventually realized would leave me in a situation where, although I was good at several different instruments, I would not be special at anyone. So I chose a completely different path: music composition & songwriting. It was once I started writing songs and classical compositions that I realized my previous interests could coalesce into writing music for OTHER people to play.

Once I found the love of writing, I eventually attended the University of Houston to study composition & piano. It was in Houston that I wrote my first stage musical and won my first award for classical music composition. These diverse interests didn’t take me to great heights, however. I knew that, although these interests resulted in pivotal learning experiences, I wouldn’t contribute anything to the world staying where I was. But then, everything changed when I scored my first student film. It was…bad. BUT, it got me hooked on the medium of writing to picture and my obsession lead me to score an indie feature before graduating college.

My life in Houston was a great starting place, but I knew that if I wanted to make a career out of film music, there was one place I’d eventually want to move to Los Angeles. Luckily, I was selected as one of twenty students in the Masters in Screen Scoring program @ USC. This felt like a dream come true, but it was only the beginning. I realized at USC how much better I needed to become to compete in LA. My peers in class were at such a high level that I knew I had to do whatever I could to separate myself and take a different path.

So, when I graduated from the USC program, I had a choice: continue to work as a composer’s assistant as most recent graduates do, or seek a life of freelance writing on indie films in LA. I learned quickly that life as a composer fits me much better than that of an assistant. And luckily, I had a group of filmmaking peers that were busy making movies and TV that wanted to hire me right away. So, for the last two years, I have been working full-time as a composer and sustaining a real-life in Los Angeles.

The experiences I’ve had here are beyond what I could have dreamed of in Houston. One of my collaborative teams, Garrett Kennell & Michelle Khare have hired me to score their Web series “MK ULTRA” which amassed many millions of views. Julian Terry, a bright young filmmaker, hired me for each of his horror short films (“The Nurse”, “Whisper”, and “They Hear It”) which have each been picked up to be developed as major motion pictures in the past year. But the most meaningful of my career successes actually came in the form of an unexpected romance.

A director I worked with @ USC, Lizz Marshall, has not only become my favorite collaborator in the past few years, but also the love of my life. My relationships with her have made me realize how important balance is in life, as well as what can come when two collaborators have 100% trust in one another. The last short film we worked on together “What Daphne Saw” I was actually enlisted by Lizz to become a producer as well as a composer on.

This meant I learned the behind-the-scenes tasks that go into every single movie (renting locations, auditioning actors, contract negotiations). Seeing how the sausage is made in film productions humbled me tremendously and gave me a newfound appreciation for what filmmakers sacrifice for their films. Not only was that a pivotal learning experience for me, it also resulted in my first Best Score award from the film’s festival premiere @ Horrible Imaginings Film Festival.

Looking ahead, I feel like I have so much more to learn and get better at, but I can take solace in the experiences I’ve enjoyed along the way thus far. My next upcoming release (2020) will be the Feature film I worked on with director Mallorie Ortega. The film “The Girl Who Left Home” is a musical-feature which I wrote the score & songs for, that deals with the responsibilities and joys of family through the lens of a young Asian-American woman searching for her identity in the wake of her father’s death.

We’re always bombarded by how great it is to pursue your passion, etc – but we’ve spoken with enough people to know that it’s not always easy. Overall, would you say things have been easy for you?
Of course, there have been challenges along the way! It’s hard enough to pay rent in LA, let alone not know where your next paycheck will come from. Especially in a business where you walk into your studio every day not knowing if inspiration will strike. But, I enjoy the process of figuring it out over and over again and trying to remember that I am not as inept as I feel on a daily basis.

The biggest challenges for film composers are meeting the intense deadlines and demands of a film team when there may be chaos in other parts of your life. But, I have to say my road is made much clearer from the help of my family and friends, who I am thankful to have in my life. Not everyone has that luxury, and I am aware of that privilege.

Tell us more about your work.
I am a film music composer and songwriter. There are so many skills my peers and I try to build to be the best we can: mixing, recording, producing, notating, and of course, writing music. Personally, I am known for experimental sounds that hybridize synth elements with live performance in a surreal way. The genres I have worked mostly in are Horror, Sci-fi, Thriller, and introspective dramas.

Has luck played a meaningful role in your life and business?
Luck is everything. I can trace all good things in my life back to arbitrary occurrences in my life. I can trace my success in LA to my college roommate. He met someone at a party and gave them on my card. Months later, my music was in a film screened @ Cannes Film Festival. That is the humbling element of it all. I am not MORE talented than hundreds of unknown composers who are struggling to find their first feature film. I’m luckier. By the same token, the role of luck is inspiring as well. I know that there are equally talented composers who are simply MORE lucky than I have been thus far. So I’ve realized the importance of patience. Waiting for the right opportunity, doing everything in your power to multiply your luck; that’s the way forward. 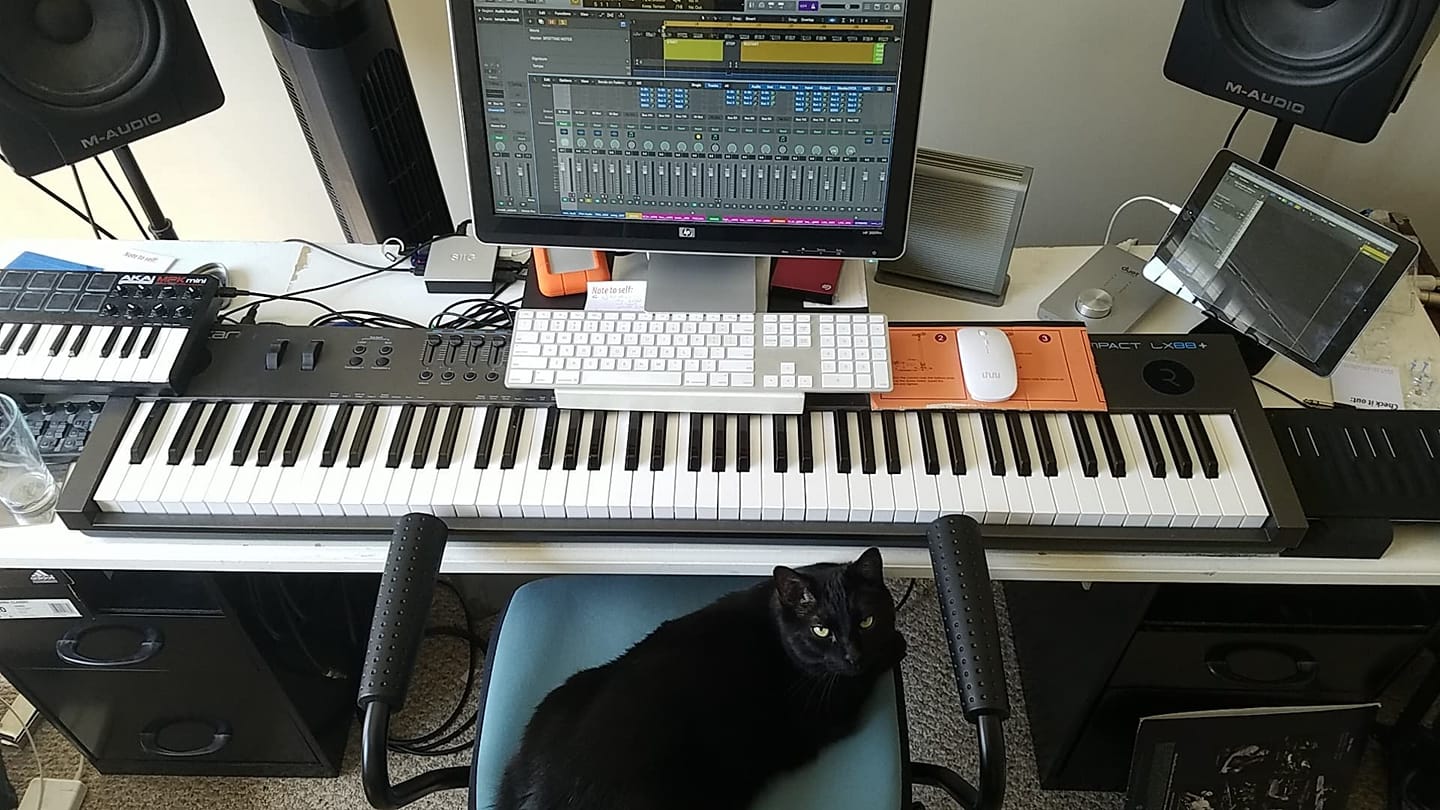 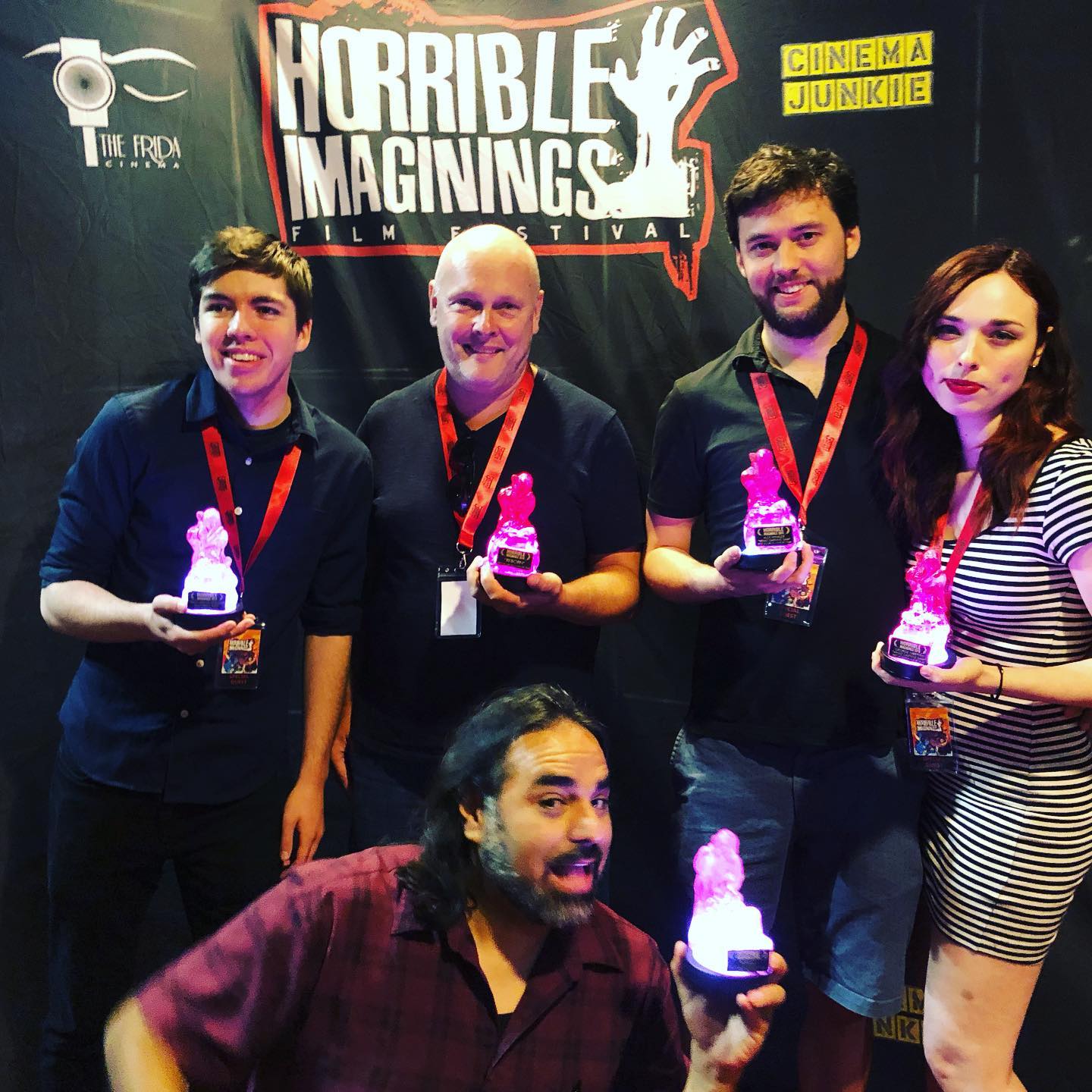 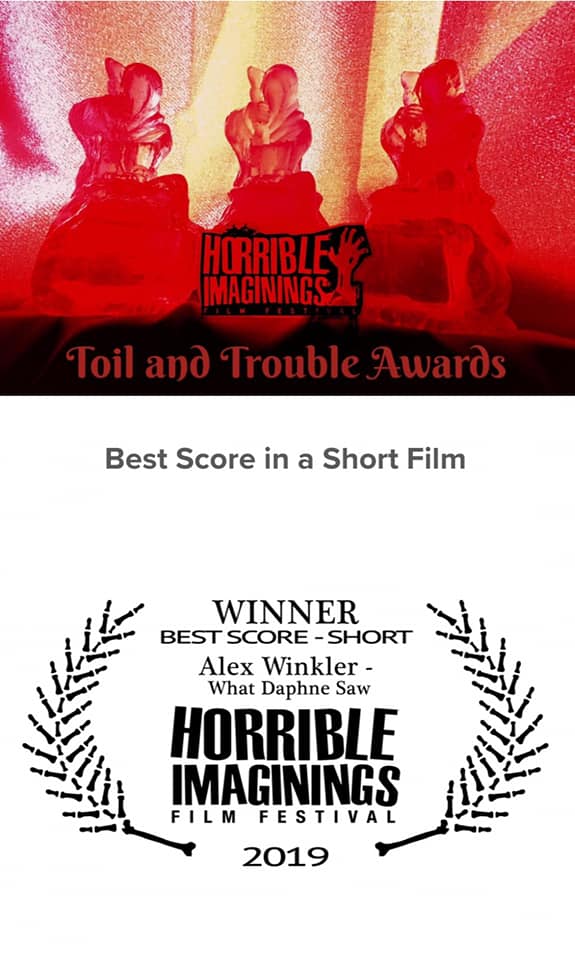 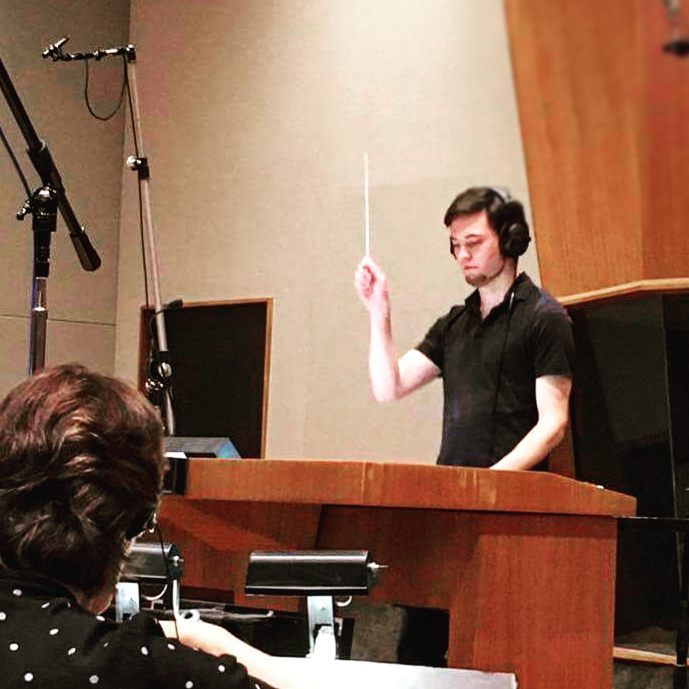 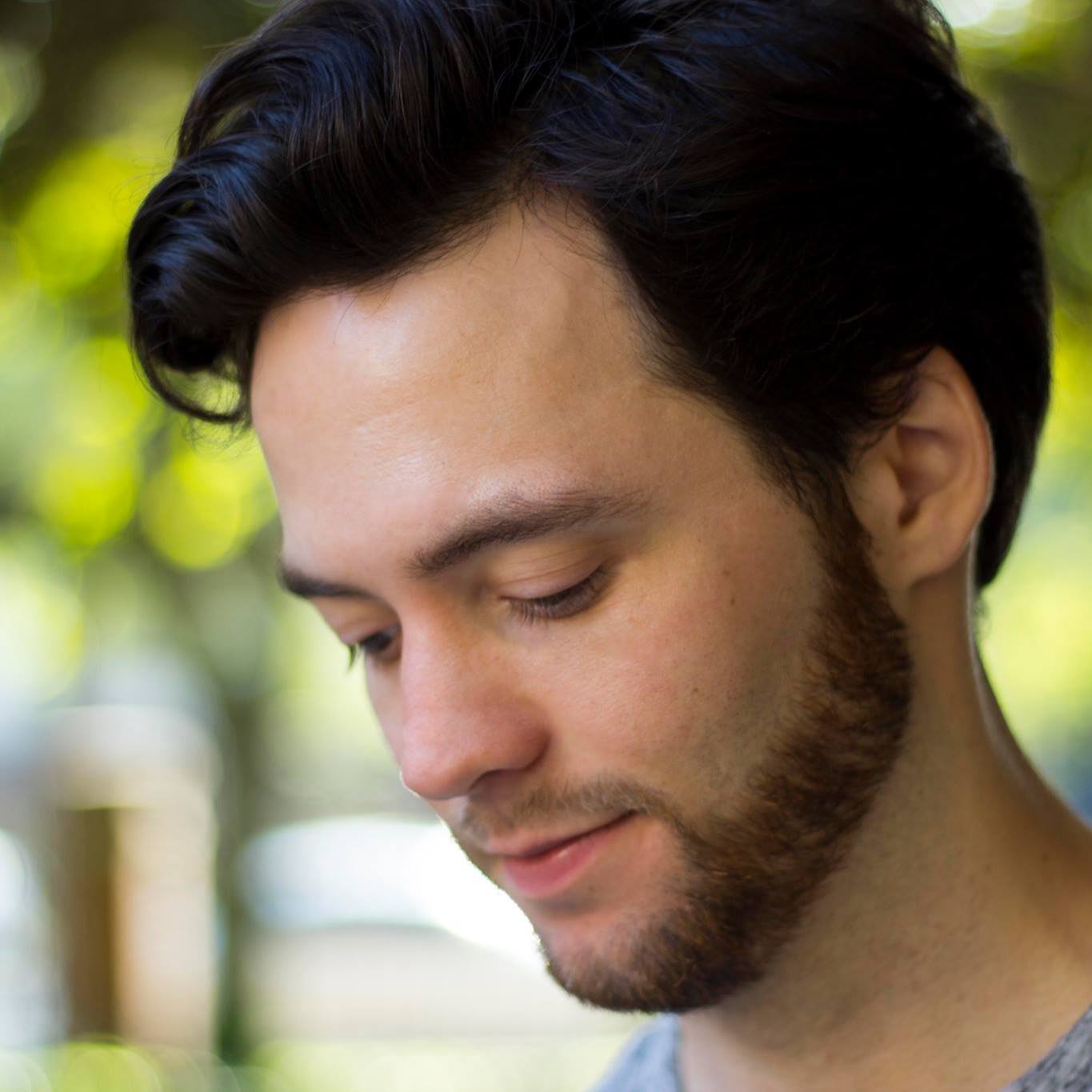