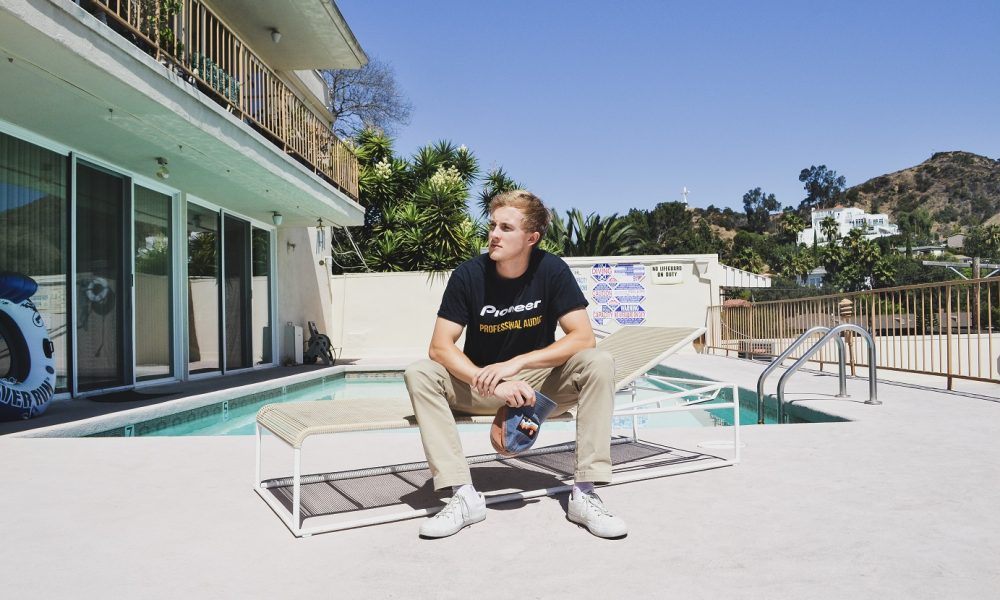 Today we’d like to introduce you to Alex Wilke.

Thanks for sharing your story with us Alex. So, let’s start at the beginning and we can move on from there.
I grew up in New Jersey, in a town about an hour away from NYC called Basking Ridge. I had what I had always thought to be such a normal suburban childhood – navigating cliques in school, arranging mini sports arenas in the basement with my brother, getting chastised by my piano teacher for not practicing my scales, biking to the local strip mall with my neighbors to buy energy drinks that borderline shouldn’t have been legal. I started playing piano at age five and then joined a boychoir at around 7 or 8 when my shower singing was getting a little too frequent for my Mom to ignore.

From then on, music has been a staple throughout my life, although most of my energy was focused on academics up through college. I ended up getting my degree in mechanical engineering (with a minor in music technology) from Northwestern University, and it wasn’t until a few months before graduating that I decided I had to give the music thing a real shot. For the following year, I moved back home to NJ and spent countless hours learning how to produce in Ableton and writing lots of [terrible] songs on my own. I also bounced around a few different music internships in NYC and dipped my feet in the songwriting scene there. I then packed everything up and drove out to LA in September of 2018, and have been here ever since.

Now, having stepped out of the sort of bubble that I lived in for a while, I’ve realized that my childhood was maybe not so “normal” but rather incredibly fortunate. My parents’ dedication to providing me with innumerable opportunities and experiences as a kid is really what has allowed me to now be doing what I love every day. I owe so much of the passion and drive I have today to the way in which they raised me, not to mention the instructors, conductors, bandmates, and collaborators that have helped mold me into the musician I am today.

Overall, has it been relatively smooth? If not, what were some of the struggles along the way?
I think every industry will always have its inherent struggles. I’ve been no stranger to those in music production, everywhere from hard drive crashes and broken guitar strings in the middle of a session to inevitable bouts of seriously doubting whether the work I’m putting in is translating to any improvement in quality. I’d say the most challenging thing I’ve personally had to face was the decision to dive 100% into music production in the first place. I feel like I was always a “play it safe” type of guy with the “go to a good school, get a well-paying job” mindset. And there’s absolutely nothing wrong with that – it’s just that “musician” typically falls on the opposite side of the Venn diagram from any job with a comfortable salary and job security. If I was really serious about producing, I’d have to bump those things I’d been working towards way down on the priority list. And that was a difficult mental switch for me to make so quickly.

I’m thinking, on the one hand, making music is this massive itch I need to scratch, and it’s only getting deeper. But can I make it a sustainable career? Am I already way behind the other crazy talented kids who have given their whole lives to music? Will I alienate myself from all of my friends who are following more professional careers? Will I let my parents down? Luckily, the answer there is no – they’ve been nothing but supportive from the beginning. But these were some of the tough questions that, along with solving for tangential forces and stress concentrations (really missing those), certainly kept me up at night that final year of college. Though when compared with the heavy regret I know I’d feel years down the line for not giving it a shot – knowing I’d never be able to get that time back – those questions felt much less daunting.

Can you give our readers some background on your music?
As a music producer and songwriter, I first work with the artist to craft the melody, lyrics, and overall arrangement that make up the song, which in my mind is almost always the most important element – as someone wise once told me, “song first, vibe second!” I then develop out the instrumentation and sonics and blend all of those elements in behind the vocals. I’m always reaching for real instruments – primarily piano and guitar – but am obsessed with software instruments, especially super obscure ones. I still sing all the time, but you’ll usually only hear my voice on demos or songs I’ve made myself just for fun.

I work predominantly with artists/writers in pop and singer-songwriter genres, but what I’m most proud of in my production and writing is my versatility across different styles and insistence on including my many musical influences. If you take a look at some of my work, you’ll notice I have interests and projects ranging from cinematic to electronic to R&B, among others. I find that switching it up keeps me on my toes and makes the music-making process a hell of a lot more exciting.

Despite the crazy year we’ve had in 2020, I’m beyond excited for the year ahead. I love my management team at Lineage Music Group – they’ve been working nonstop helping me find new projects and really feel more like family than business partners. I’m working with new artists and writers every week but also have an awesome group of collaborators I write with consistently. One of the silver linings of quarantine has been the chance to connect with lots more artists from around the world since most writing sessions are being done virtually.

If you had to go back in time and start over, would you have done anything differently?
I think of it sort of like the movie Back to The Future – if I tinker with my parts of my past, that has a sort of ripple effect that unintentionally changes other parts of my life. If I start over and right all my wrongs, how can I guarantee that those actions don’t lead me to other more complicated issues? What about the chance encounters or lucky breaks I’ve experienced that technically resulted from a so-called “mistake”? I wouldn’t want to miss out on those, right? I think, a lot of the time, it’s kind of a moot point to mull over hypotheticals. I hate to see other people get down on themselves and think, “I wish I thought to do this” or “I could have achieved that if only I did this one thing differently.”

In so many cases, no matter how certain you are that you should’ve taken a different course of action, you just don’t know what other factors may have been at play, whether mental, physical, environmental, etc. Sure, I could have started producing earlier or moved to LA sooner. I could have practiced piano more. I could have traded playing a sport for picking up another instrument. But the most interesting parts of your personality are the ones you have to dig for, the ones that are built out of necessity when you don’t have all the answers right away. You can’t beat yourself up over – and to the contrary, should actually take pride in – the missteps and shortcomings that shape you into your unique self. So I guess to answer your question, I wouldn’t do anything differently, other than maybe stock up on shares of Amazon. 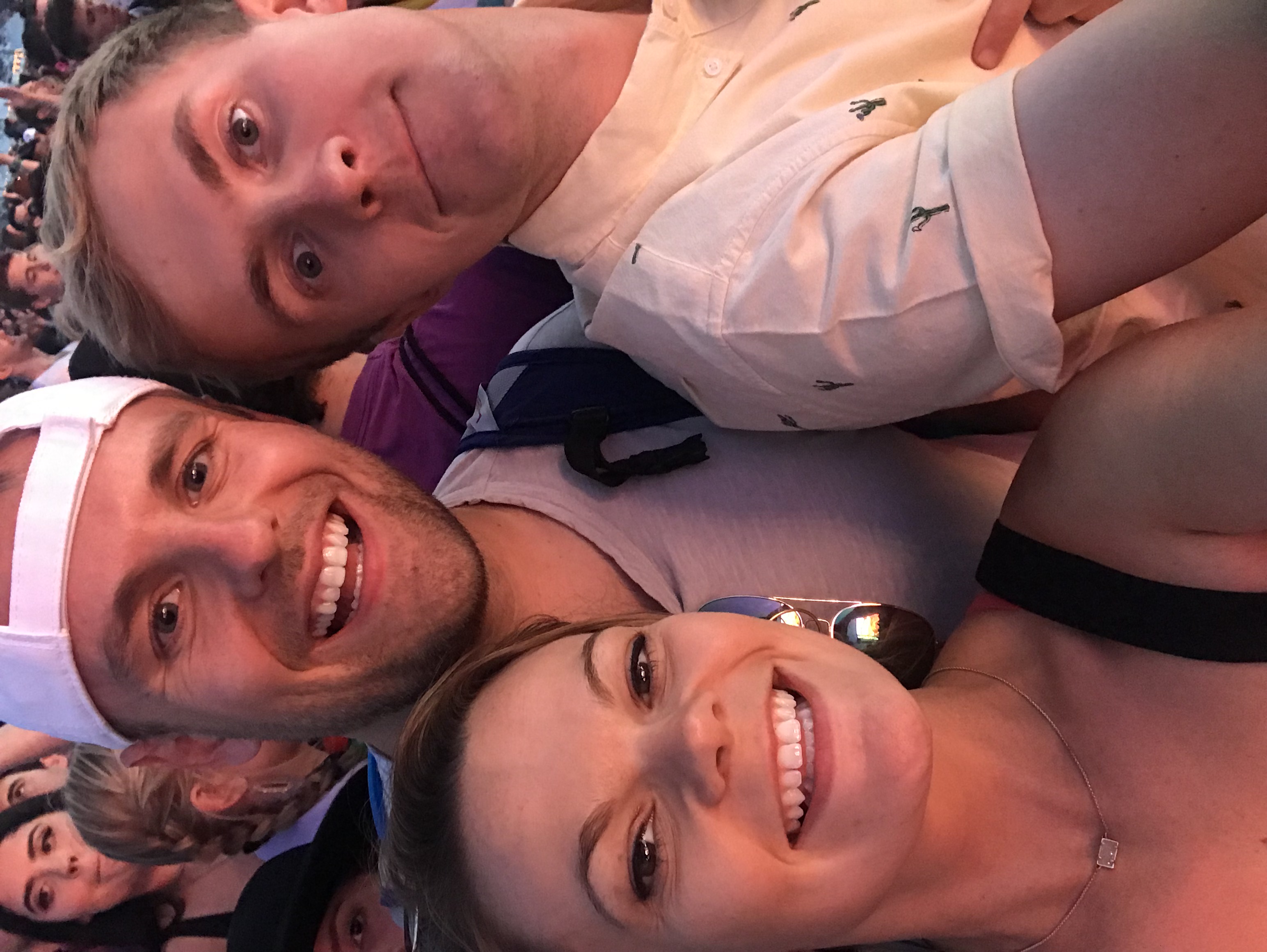 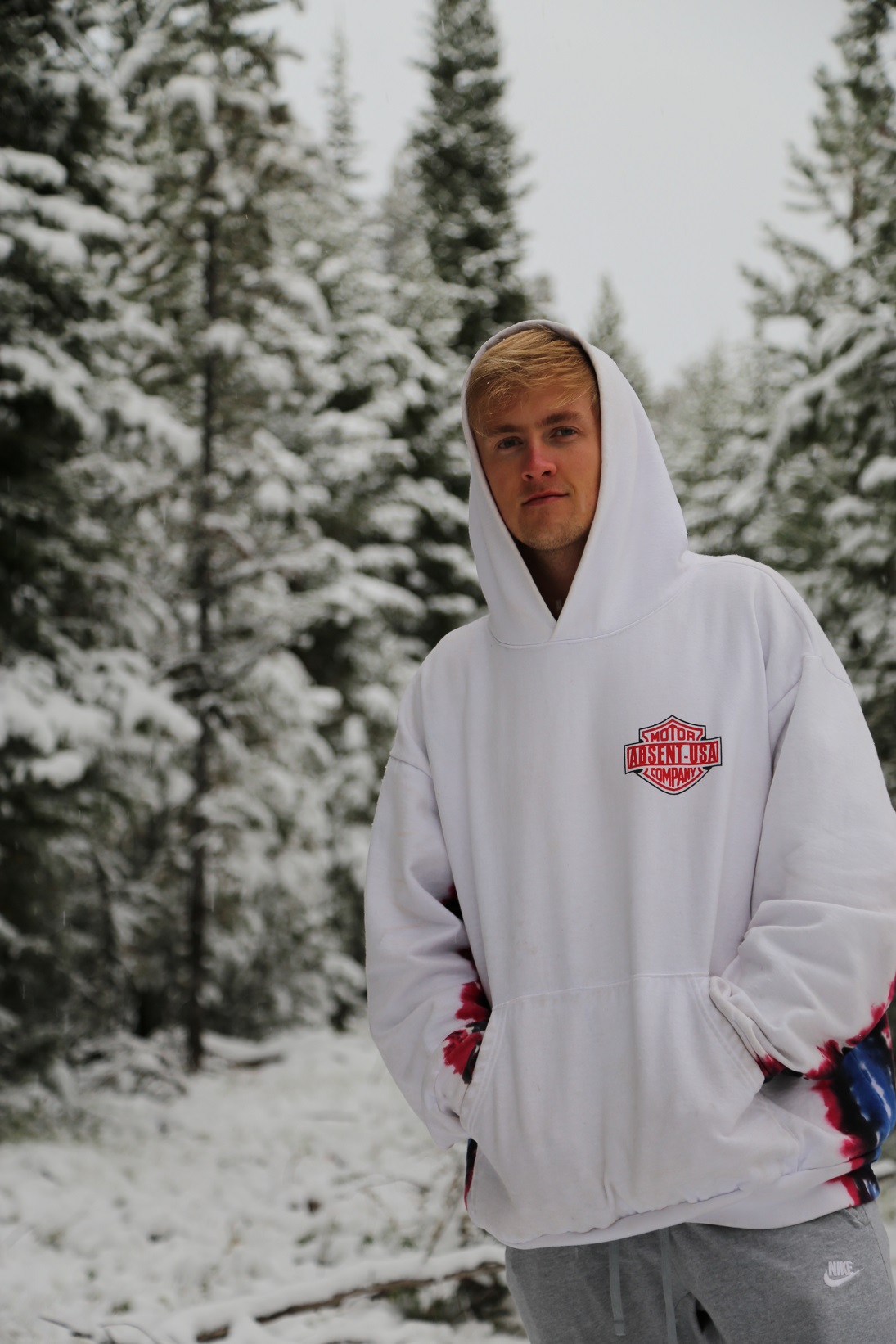 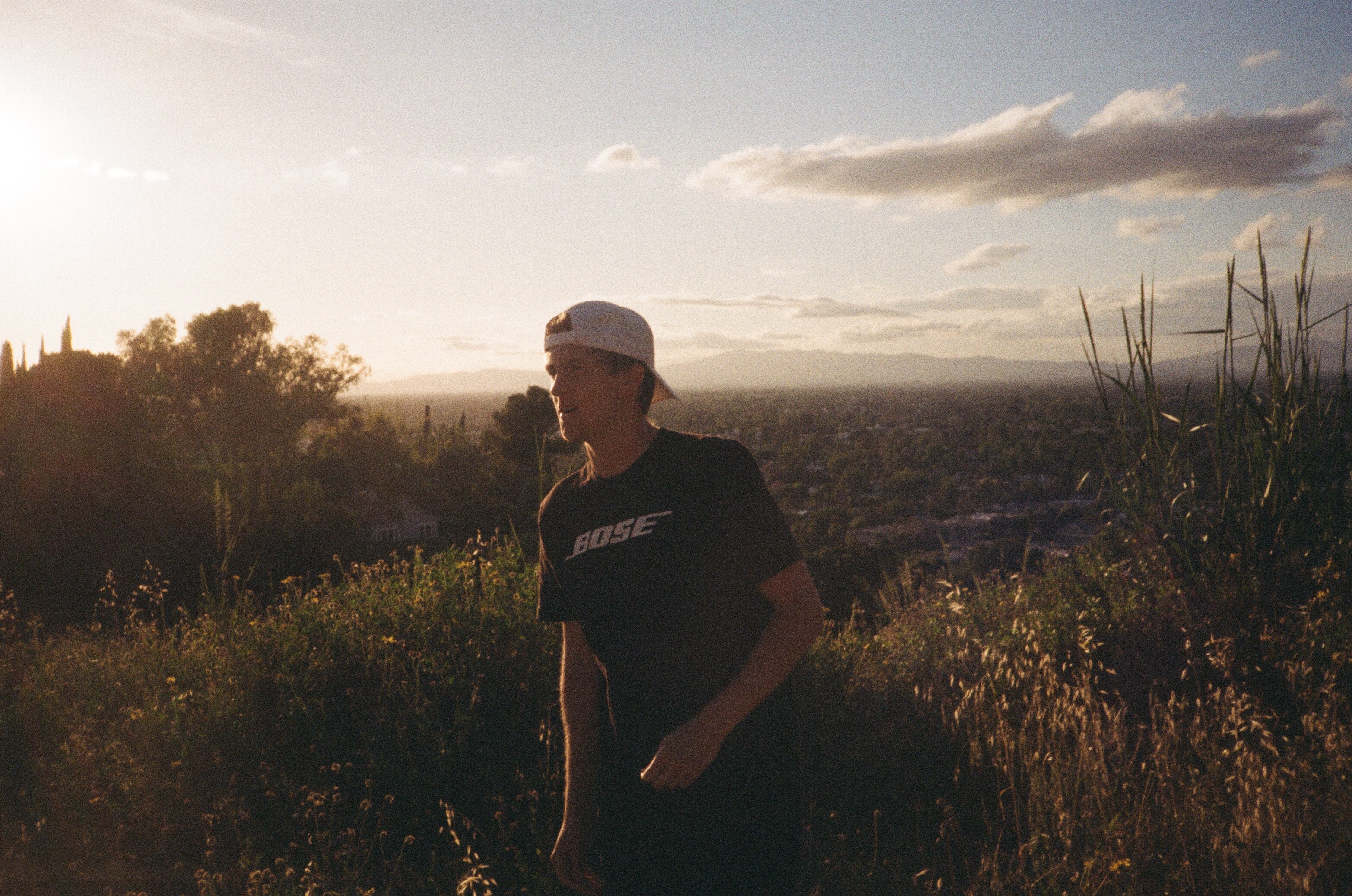 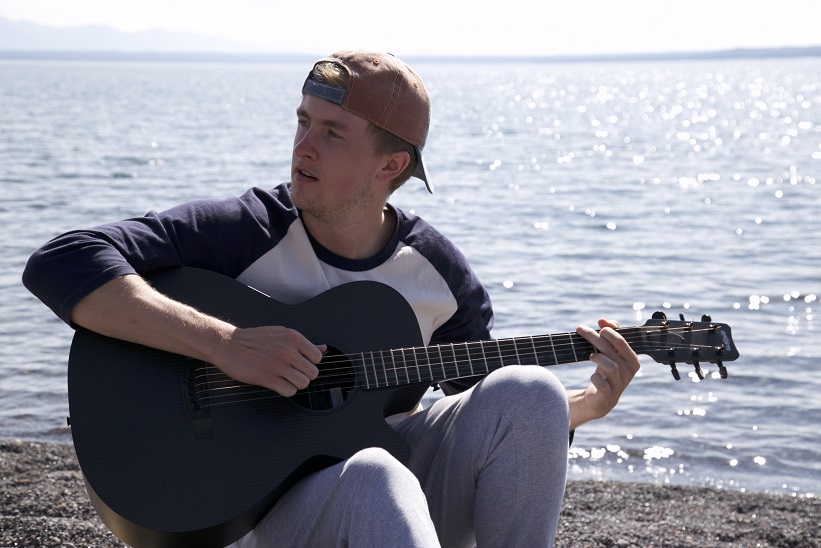 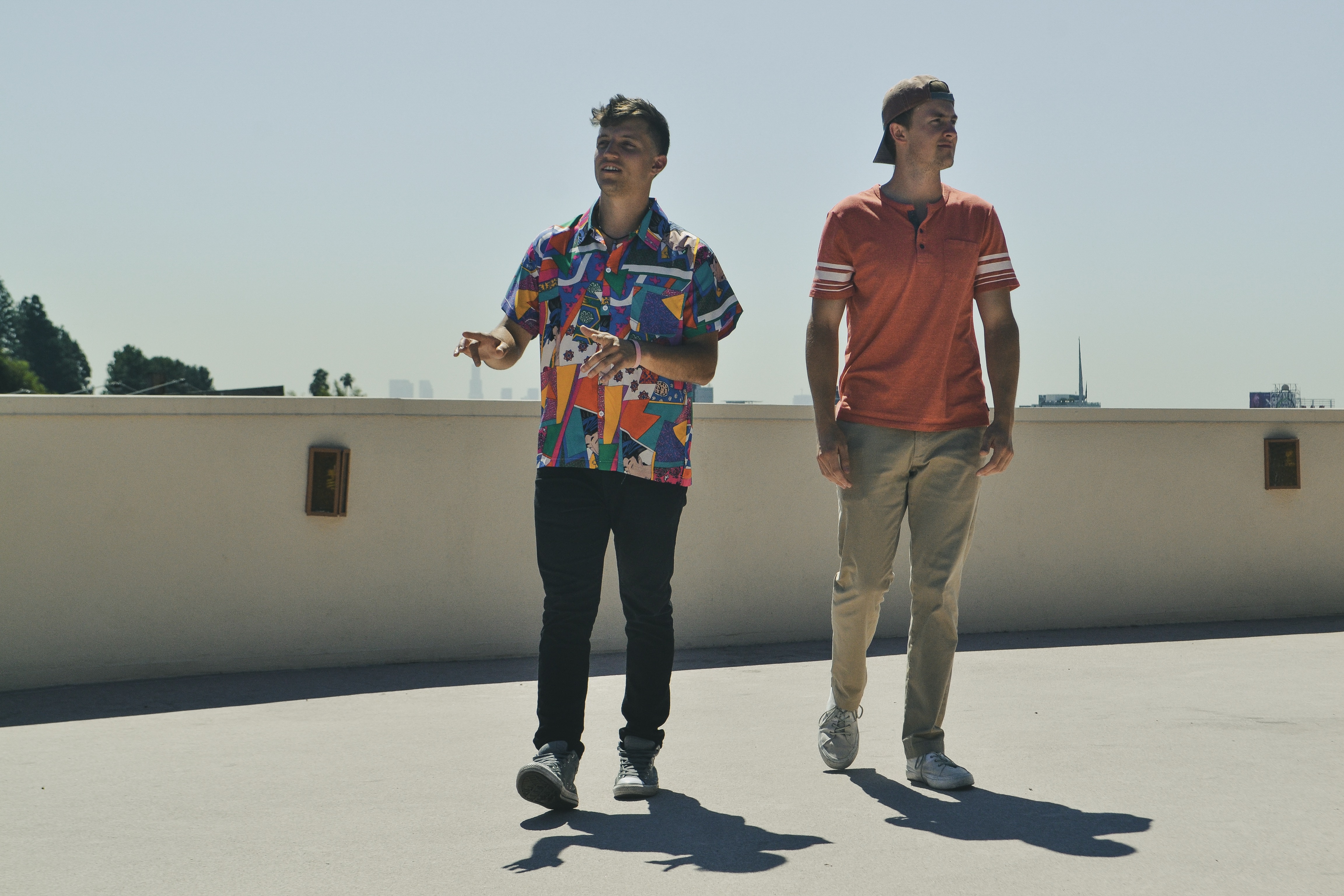 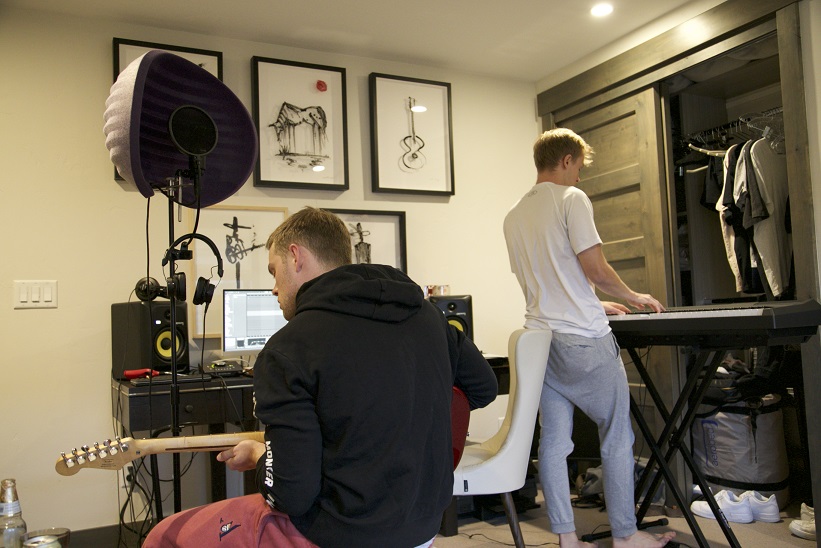 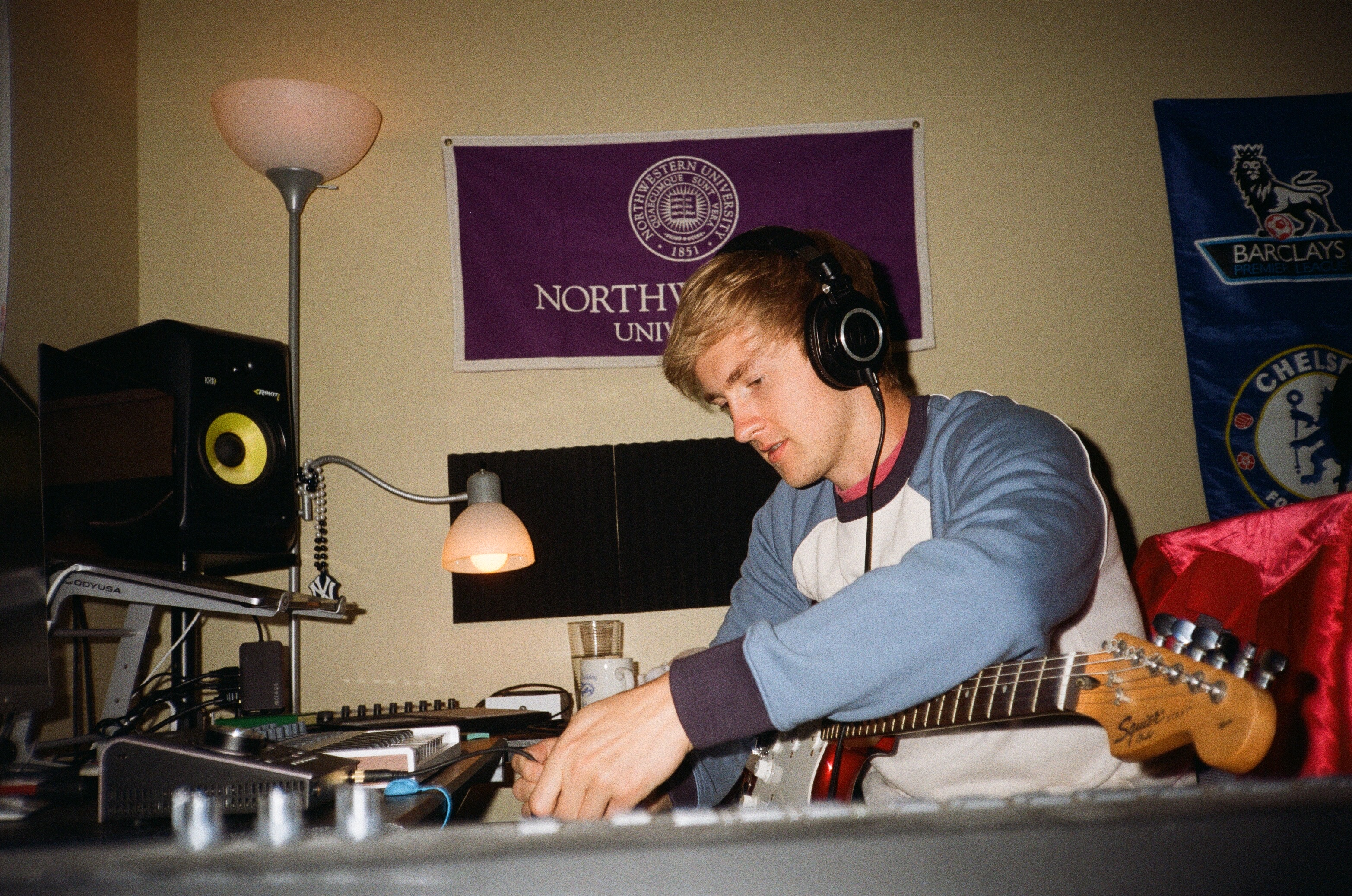