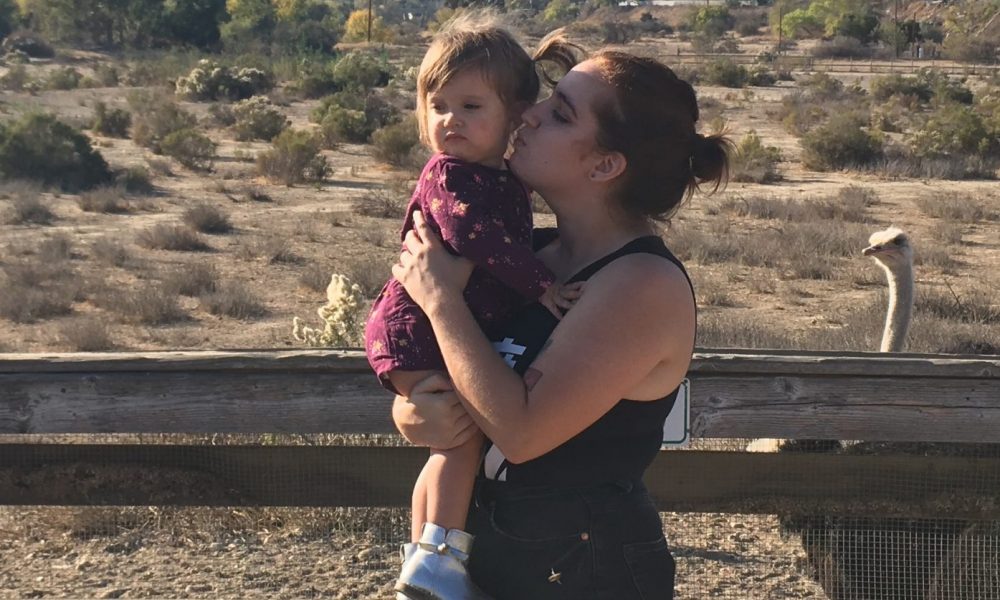 Today we’d like to introduce you to Alex Sprague-Cervantes.

Alex, can you briefly walk us through your story – how you started and how you got to where you are today.
I’ve been doing art since I was a kid, and was always drawn to media that involved both storytelling and creative elements. On the weekends, I would stay with my dad and he would take me to the video and book store to get games, animated films, comics — anything that caught my eye really. Growing up was difficult because I was inadvertently left in a lot of toxic and abusive environments. Art was my way of coping with these situations that I felt so helpless in as a child. From an early age, my art contained troubling themes and storylines, as it was my primary source of venting all the horrors I had to endure.

To this day, a lot of the comics I draw embody what I had been through as a child, but now that I’m older I try to put a positive spin on the past. Instead of creating images and stories out of hurt, or to vent, I try to examine how abusive situations affect the psychology of a child into adulthood, and that escaping abuse is not the end of the effects of abuse, just to bring some awareness to that fact. I feel like the mentality of (specifically) young adult/adult victims of child abuse is greatly misunderstood on a wider level, so I try to explore the oftentimes undesirable traits that are developed from childhood abuse. My work tends to be very heavy but I try to keep it tastefully light where necessary because ultimately my goal is to give an audience something they want to read or look at, not something that’s going to make them miserable.

Great, so let’s dig a little deeper into the story – has it been an easy path overall and if not, what were the challenges you’ve had to overcome?
It definitely hasn’t been a smooth ride. Around age 14, I started experiencing symptoms of excessive fatigue, constant pain, and an inability to concentrate, among other things not long after contracting a mysterious case of shingles. It was a struggle to get taken to the doctor for anything other than school mandated vaccinations and almost everyone in my life insistently accused me of being lazy, so I chalked it up to that and tried to power through it. Doing art became increasingly difficult. Sitting in front of my computer with my tablet would always put me to sleep, no matter how engaged I was in the project I was working on. I was constantly sleeping, felt miserable day in and day out, and struggled to finish high school. College was a whole other challenge. I went to Otis College of Art and Design and took many vigorous classes. We had to stand for eight hours at a time in life drawing, which would give me back-breaking pain in my shoulders and spine, not to mention standing when you feel like you’re about to collapse and pass out is really scary. I struggled to keep up, finding it difficult to get the excessive amount of work done when my brain tried to put me to sleep if I wasn’t being sufficiently active.

It wasn’t until I was watching Ru Paul’s Drag Race with my roommate that I started having suspicions of something more than just laziness. Jinx Monsoon, one of the women competing that season, had described her Narcolepsy as not fainting outright, but getting really tired and needing to sit down and doze for a while. I went to my doctor soon after, got an appointment for an overnight sleep disorder study, and was promptly diagnosed with Narcolepsy. Not long after my doctor diagnosed me with Fibromyalgia, which was most likely the cause of the Narcolepsy, and which was most likely caused by the shingles I got at 13. I got medicated for both, and while it’s not a cure-all solution, I feel so much better than I did before. I was constantly fighting my own body to do simple tasks, like feeding myself or getting to classes. It was hard to even do the things I loved, like art and writing. I was 22 when I was finally diagnosed, almost ten years after the symptoms first started appearing.

Boyygrunge Art – what should we know? What do you do best? What sets you apart from the competition?
I technically specialize in promotional material for companies, though not by choice. While I love the work, it definitely was under my radar before the opportunities started rolling in. I had never considered my style, which is a bit grungy (hence the name) to be sought after by startup businesses and big companies, but that’s where most of my freelance work comes from, ironically! It just goes to show your work could come from anywhere, so keep your eyes peeled and don’t settle into one niche area. I’m most proud of the work I get to do with non-profits and small businesses. I’ve worked with non-profit companies that support minority communities such as the LGBT community, and the Latinx community. Being LGBT and Latinx myself, I consider these jobs as great honors to represent not only my freelance work but myself. I’ve also worked with art schools to put together programs for shows, and have helped small businesses get some design work, logos, etc., prepared to get started.

A lot of people tell me my style is very unique, which I’m grateful to hear. For as long as I’ve been doing art, I’ve wanted to have a style that stood out from the rest. It’s taken years to define my style and try and differentiate myself from other artists as much as possible. Of course there’s no truly 100% unique style, and a lot of people have told me my art reminds them of Jamie Hewlett’s art, but I’m not complaining! I’m a big fan of his work, so comments like that always make me smile. Nonetheless, I try to give clients something that’s unique yet fits the aesthetic they’re going for, and ultimately creating something they can proudly display to represent their company.

What moment in your career do you look back most fondly on?
Definitely the first time I was hired onto a project that paid in the thousands. I’m not very money-driven, so it was more about the fact that it proved to me that my art was really worth the work I put into it. It was the first moment I felt like a creative professional. Freelancing is hard because finding work can be difficult and, naturally, you might want to undersell yourself. I was always afraid of overpricing my art and being turned away by a company that thought it wasn’t worth the price I set. I think this is something that a lot of artists go through when starting out. Luckily, I gain more confidence every time I’m hired onto a new project. 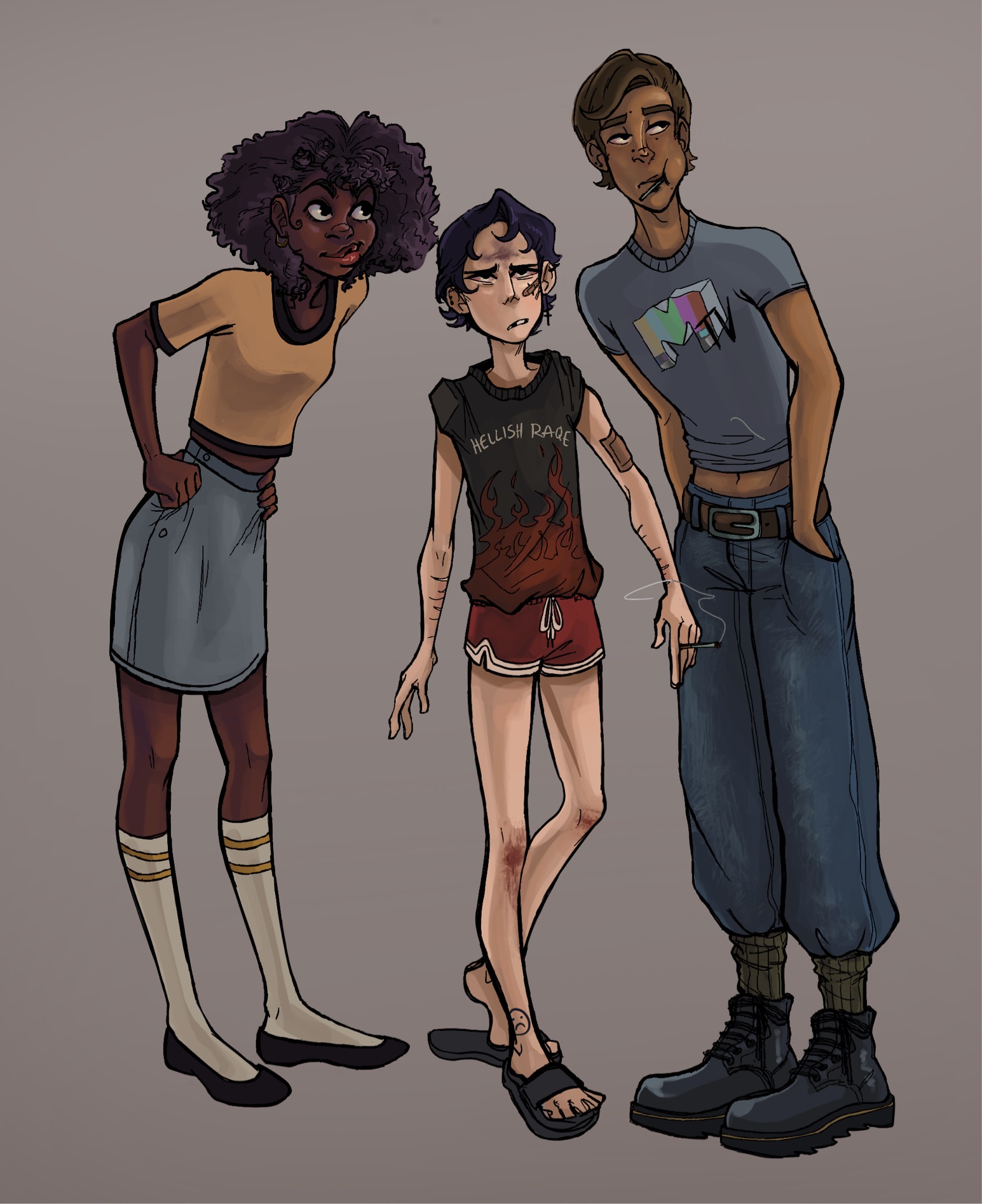 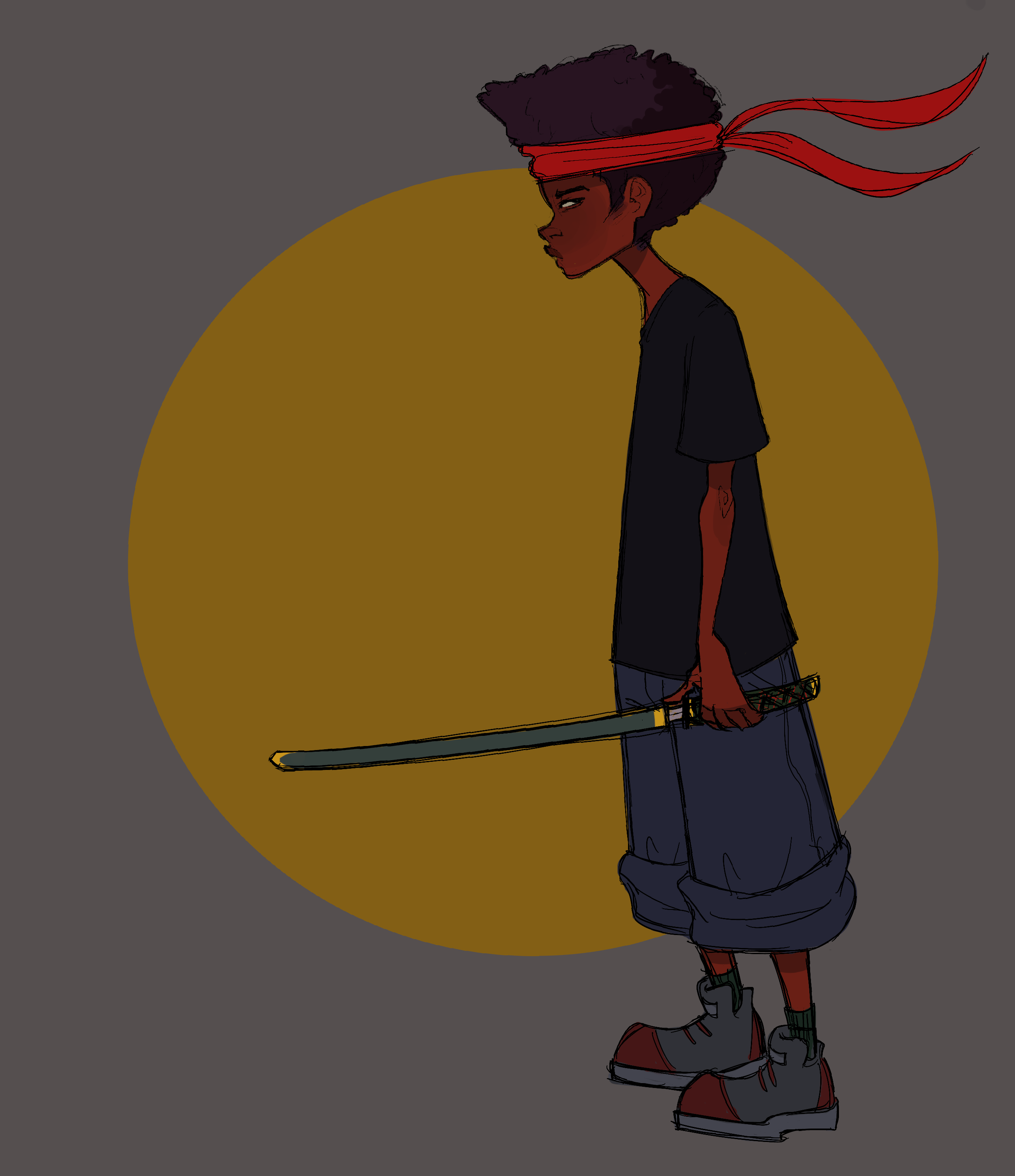 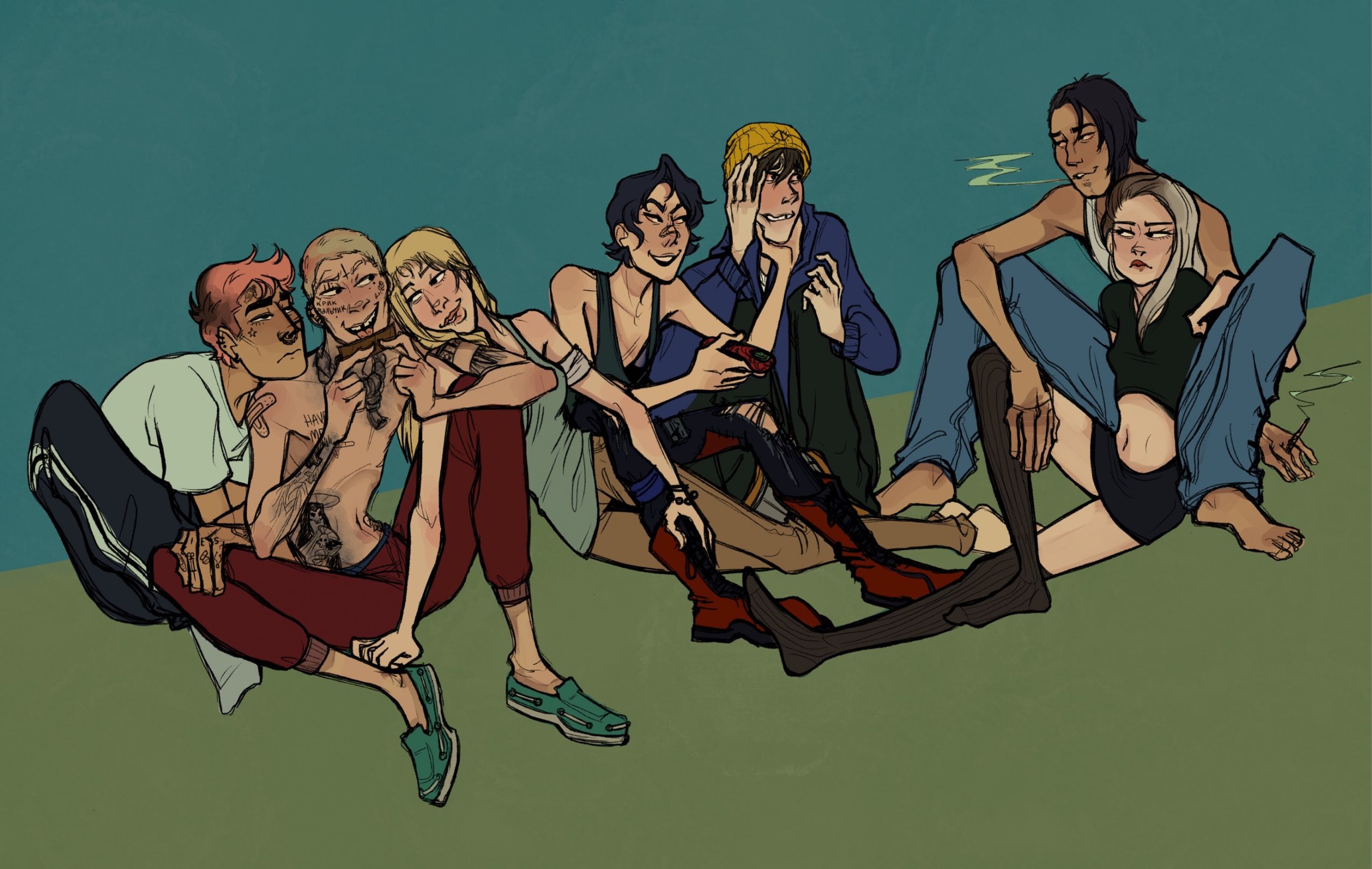 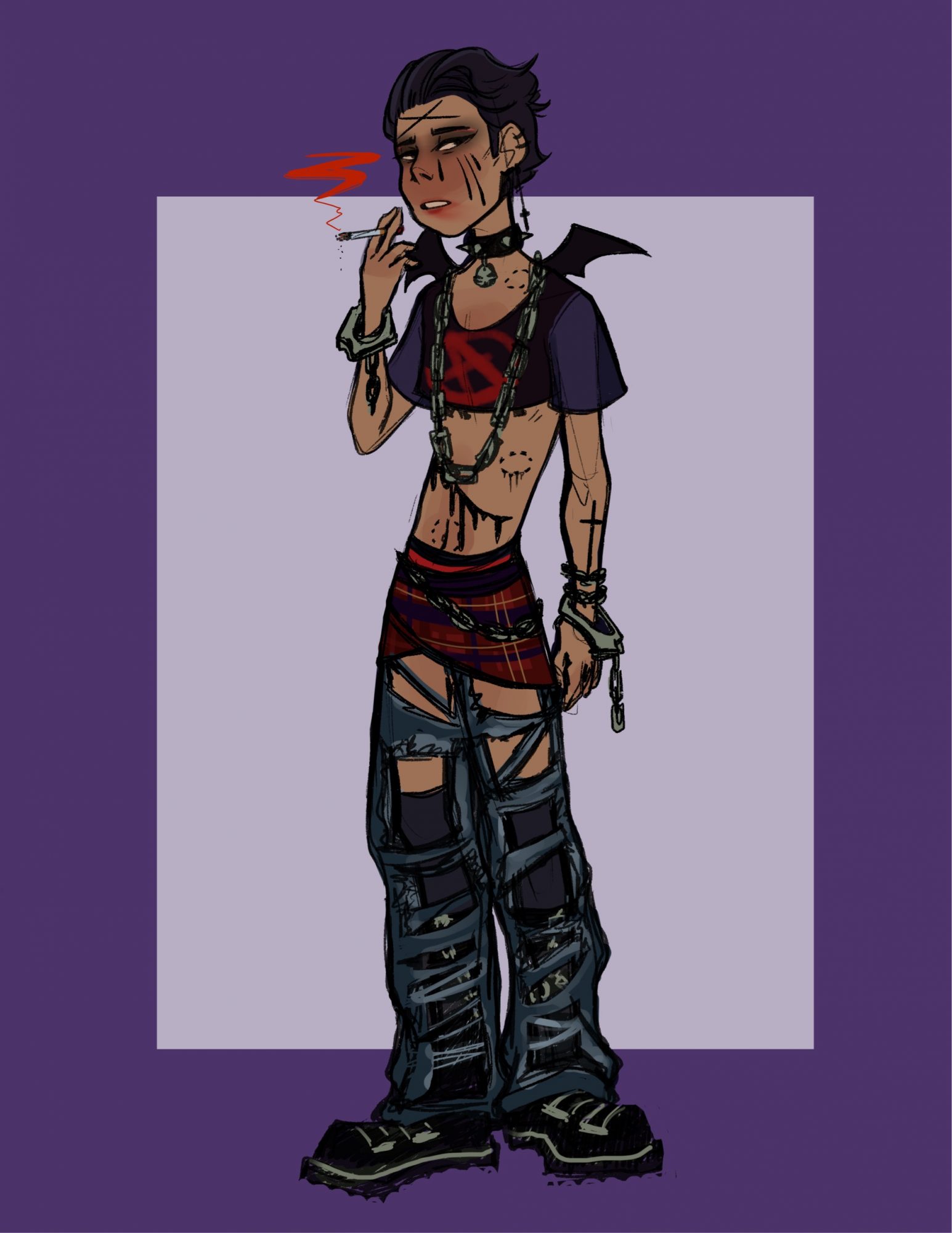 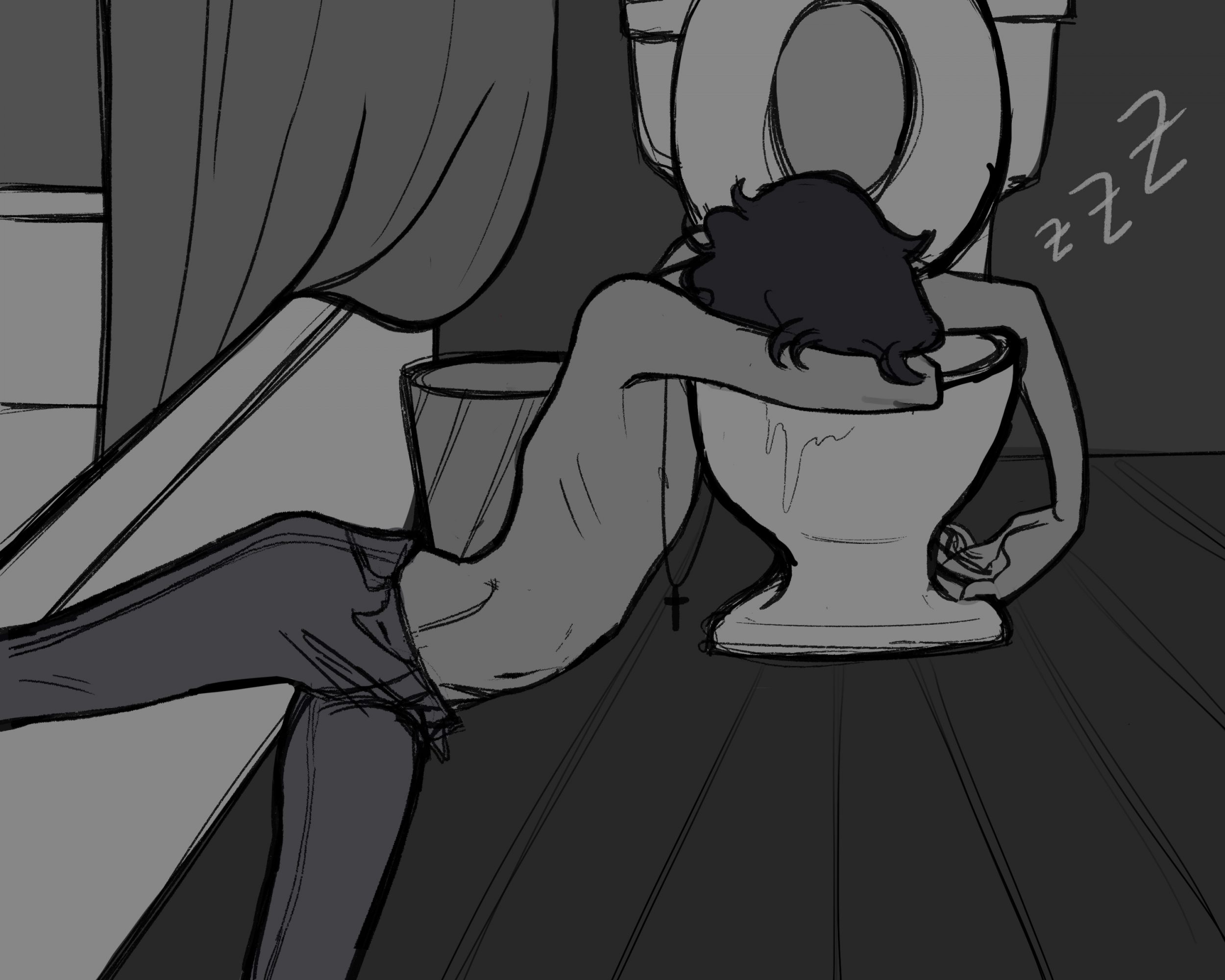 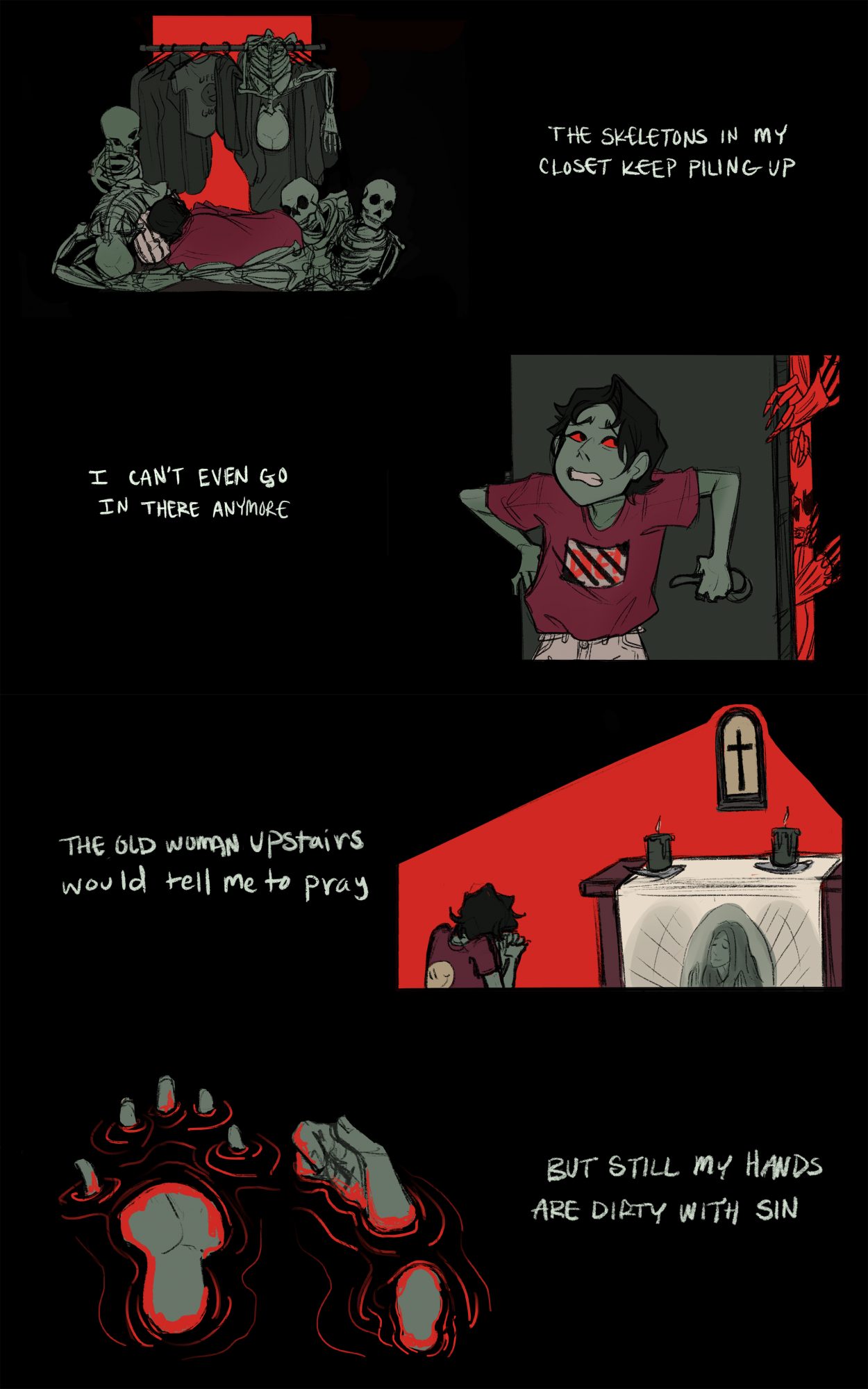 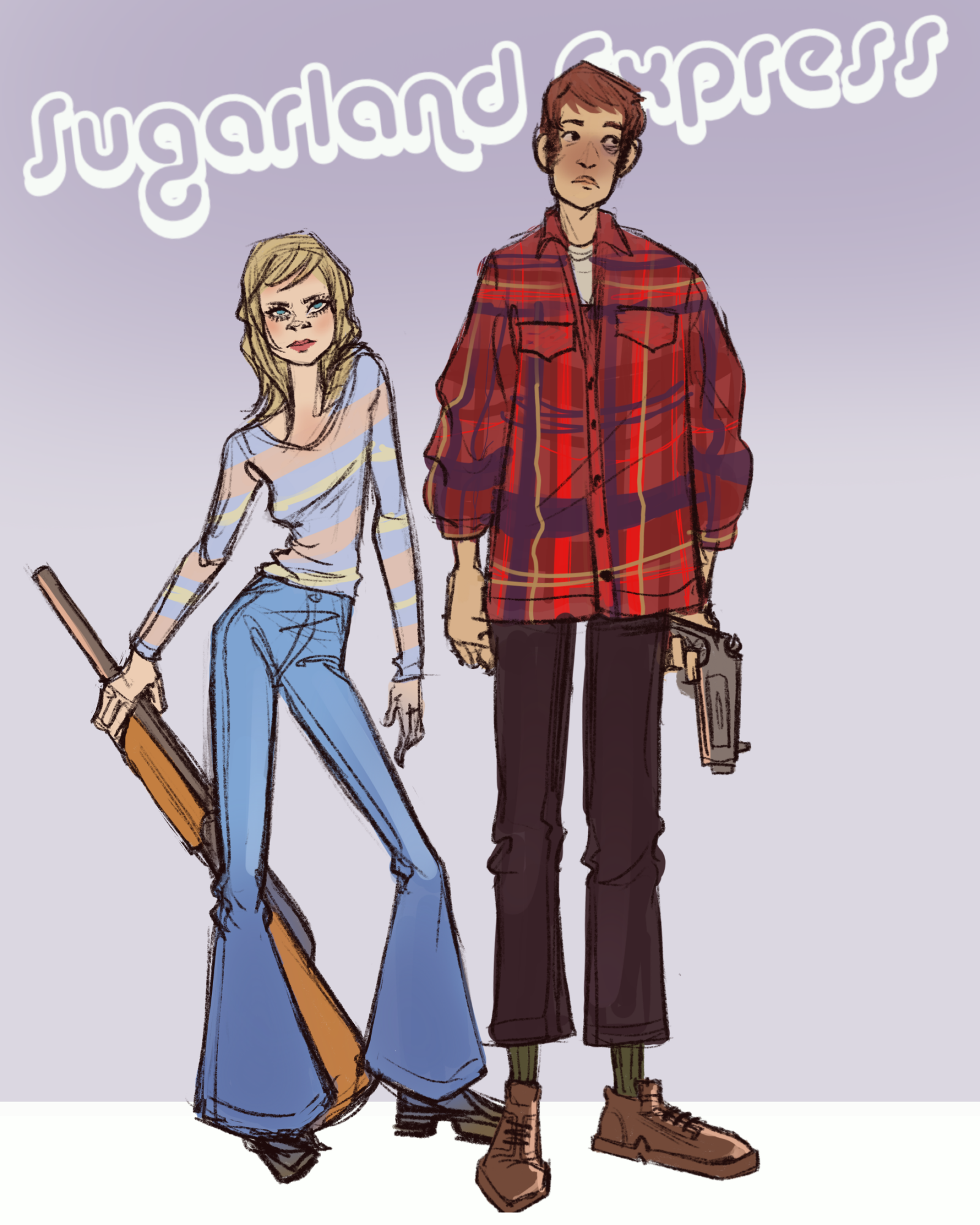